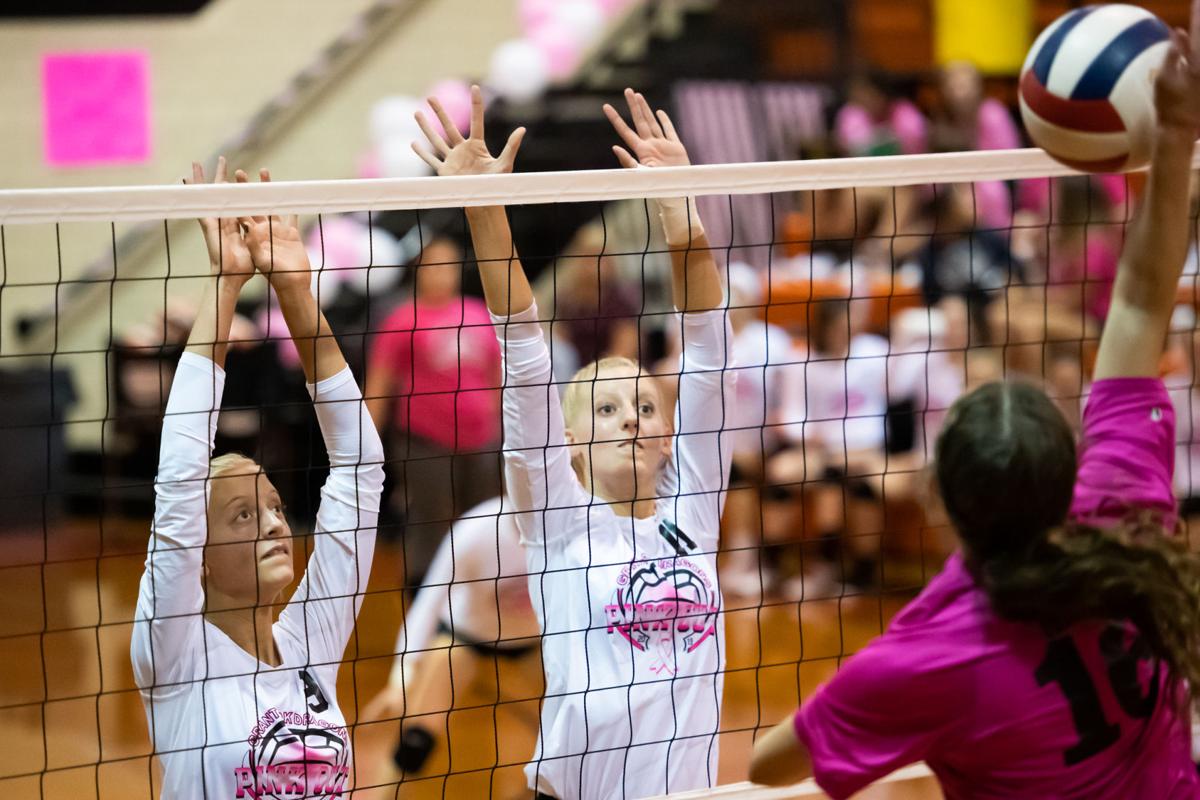 Grant Park's Delaney Panozzo and Rylee Panozzo defend against Garder-South Wilmington's Carson Halpin on Tuesday in Gardner. The Dragons left with a 2-1 victory. 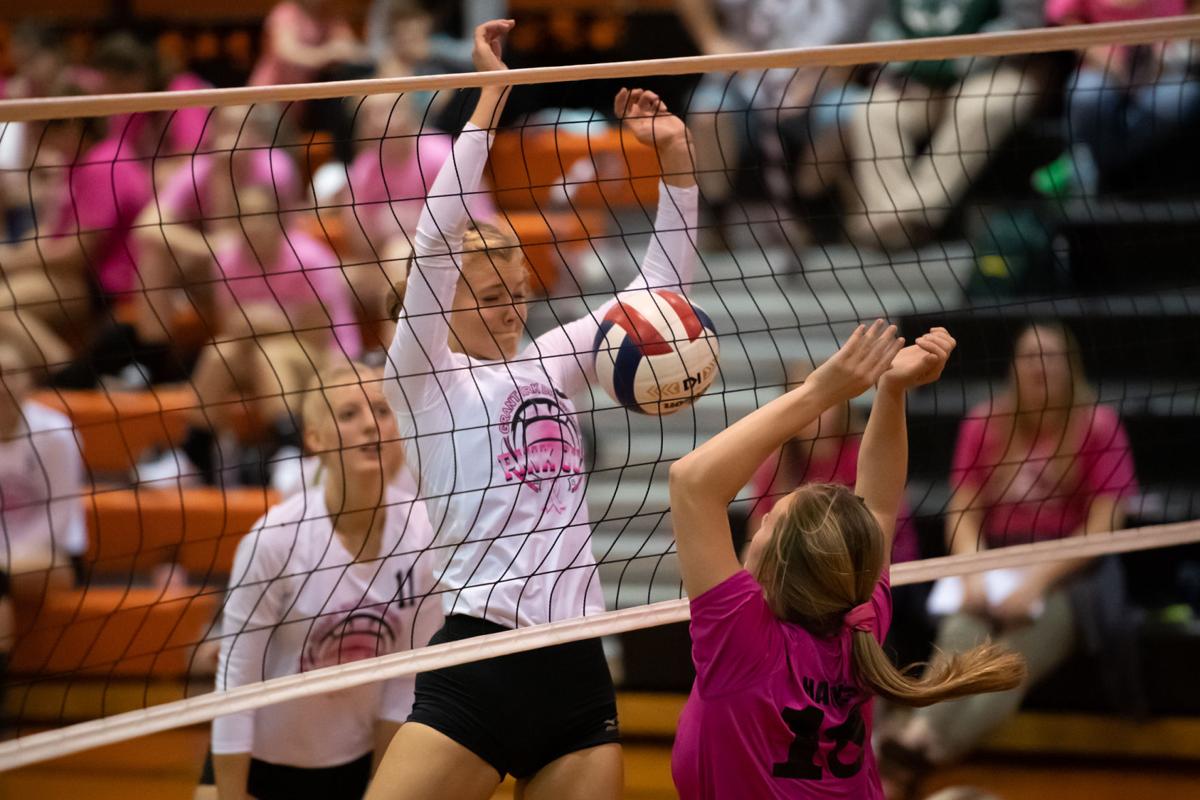 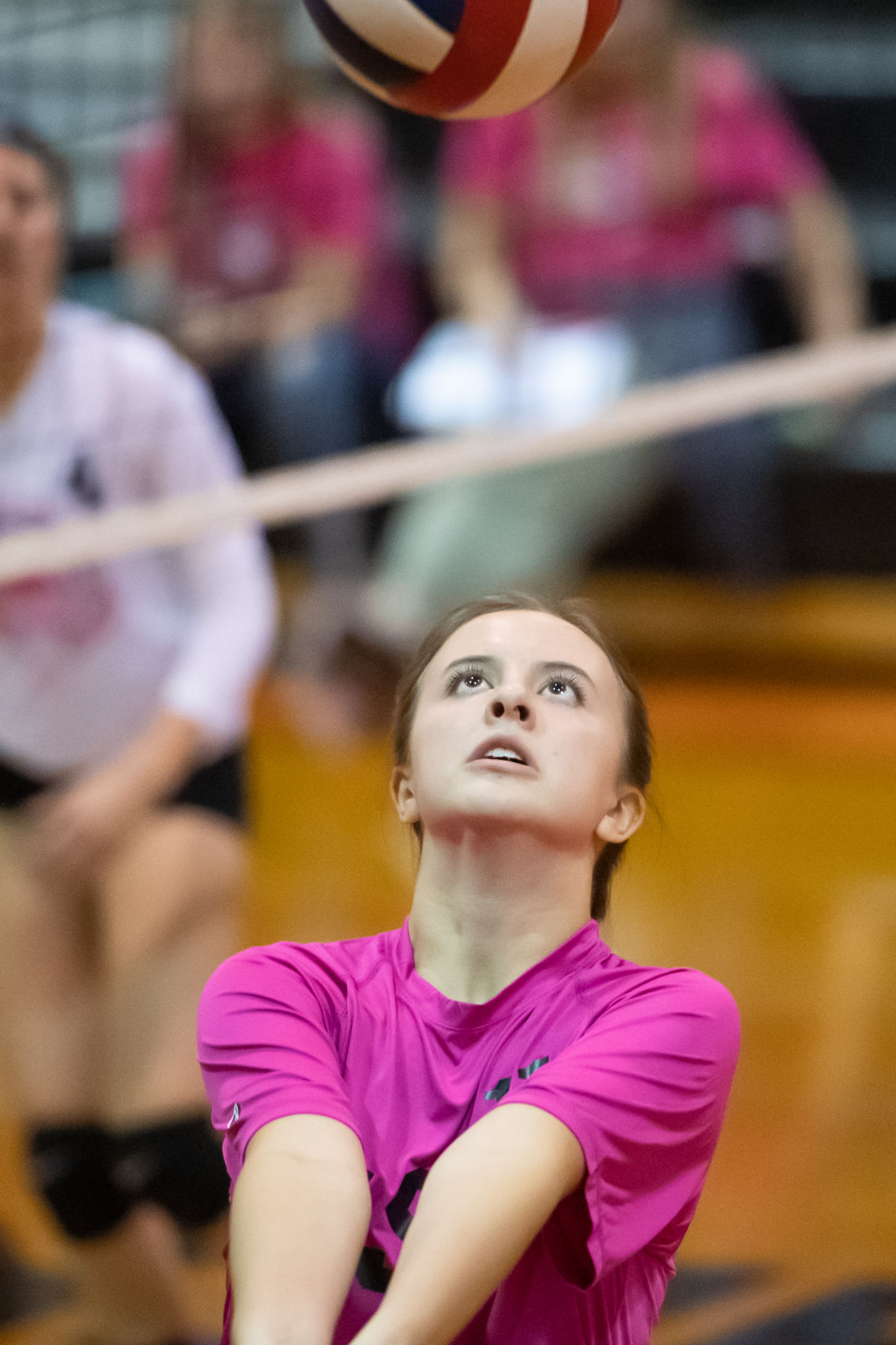 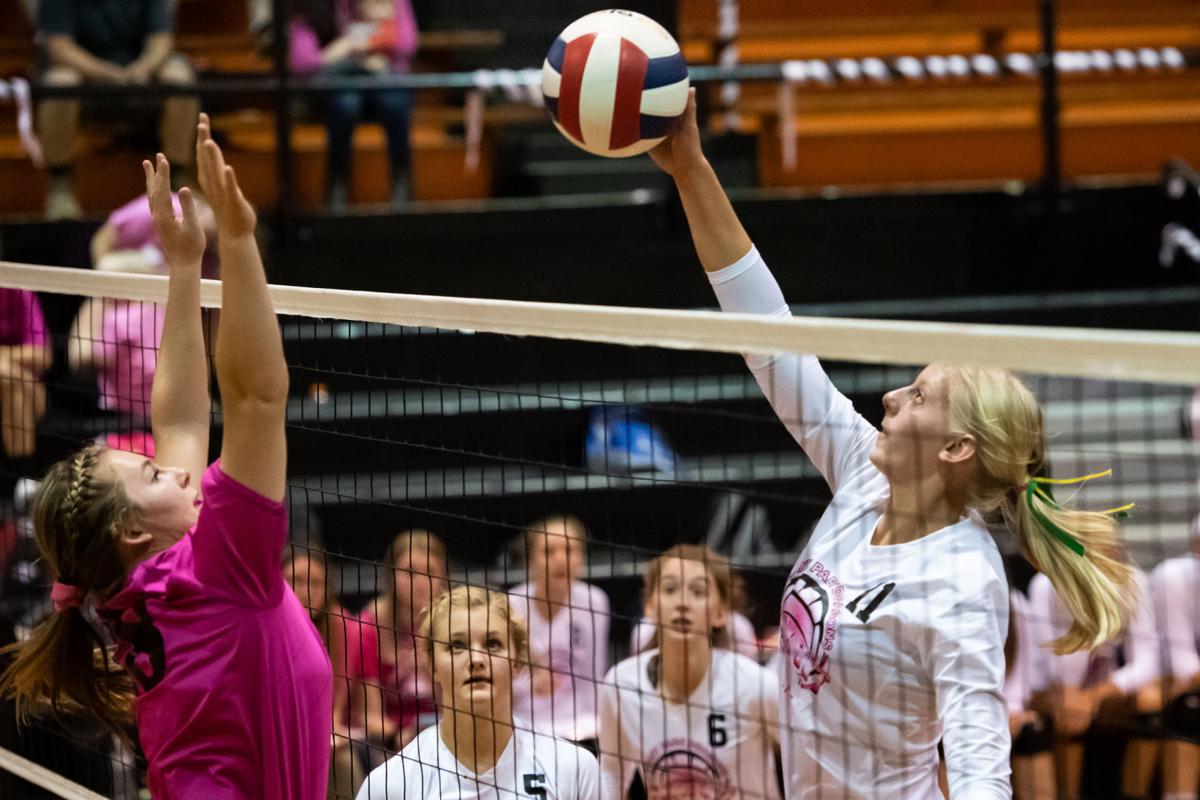 Grant Park's Delaney Panozzo and Rylee Panozzo defend against Garder-South Wilmington's Carson Halpin on Tuesday in Gardner. The Dragons left with a 2-1 victory.

The Grant Park volleyball team avenged a home loss to Gardner-South Wilmington by earning a road win of its own on Tuesday, defeating the Panthers in three sets, 25-22, 20-25, 25-18.

The Dragons improved their record to 15-6-1 on the season and 6-3 in the River Valley Conference. The Panthers dropped to 14-8-2 on the season with the loss and 5-4 in RVC play.

The Panthers looked as though they would run away with the first set after jumping out to a quick 11-3 lead spearheaded by kills from Carson Halpin and Paige Patterson. But the Dragons regained their composure to take a 21-20 lead behind a kill from senior outside hitter Lauren McNally and Grant Park never looked back, taking the first set 25-22.

“We dug ourselves a hole in the beginning, but we knew what we needed to do to get out of it,” Dragons coach Nina Zalewski said. “After a couple of timeouts between both teams, we were able to reset our mental focus.

The Panthers bounced back in the second set behind the serving of Halpin and Kavanaugh, who both served aces to help G-SW to a 15-8 lead. The Panthers didn’t relinquish the lead either, holding off the Dragons and winning on Kavanaugh’s ace.

“The second set showed how bad our kids wanted it tonight,” Panthers coach Amber Eisha said. “The kids played scrappy and were getting balls up. They were going after everything. Our team started that set well and finished strong as well.”

The Dragons jumped out to a 7-0 lead in the game’s final set behind kills from Kaiya Sellers and Rylee Panozzo and an ace from Hadleigh Loitz.

The Panthers cut the lead to 8-5 but were unable to get in any rhythm down the stretch.

“We had our moments tonight,” Eisha said. “But when you have 18 hitting errors and the number of service errors we had tonight, it’s hard to win.”

Panozzo would come up huge for the Dragons down the stretch with thunderous kills to lead the Dragons to a victory in the third set. Her sister, freshman Delaney, also stepped up with a handful of kills to seal the win.

“I think it started with our passing tonight,” Rylee Panozzo said. “Hadleigh put the ball where she needed to tonight, and we just put it down.

“We also saw on tape that the right-back corner would be open a lot, and we really hit that spot relentlessly tonight.”

Zalewski said her team executed everything she talked about before the third set.

“We knew going into that third set that we had to stay strong by keeping our energy and communication up,” she said. “We also needed to move as one on the court. And as a coach, the kids did everything that I asked of them tonight. I’m really proud of them.”

For the Dragons, Rylee Panozzo led with 8 kills and two blocks, followed by Delaney Panozzo’s 7 kills. Grace Gorman led with 24 digs, and Loitz had 24 assists to go along with a three aces.

The Dragons have another pivotal conference matchup at Beecher at 7 p.m. Thursday. The Panthers are also in RVC action Thursday when they travel to St. Anne at 6:30 p.m.