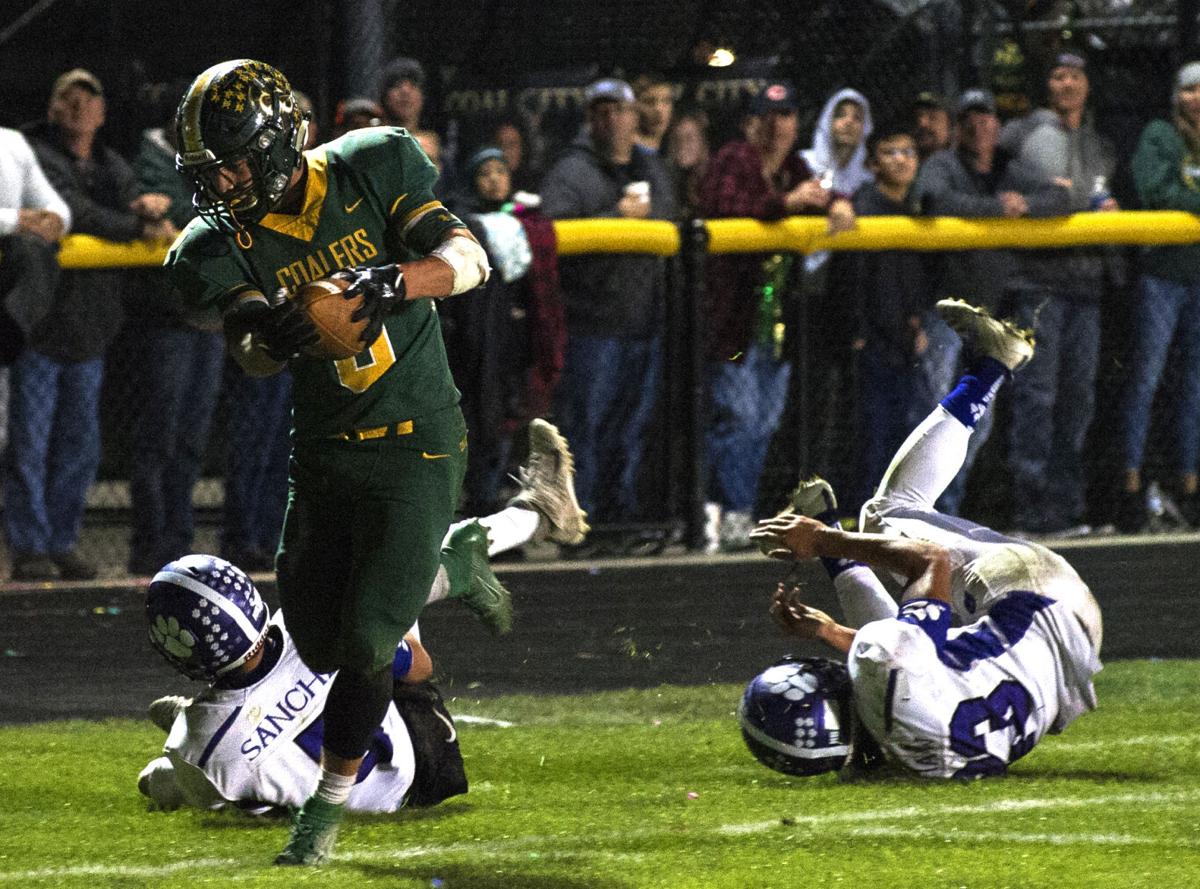 Coal City's Daniel Jezik breaks tackles as he runs to the end zone during a 2019 game against Wilmington. After wrestling at Oklahoma State University last year, the former Daily Journal Football Player and Wrestler of the Year is transferring as he seeks a return to football. 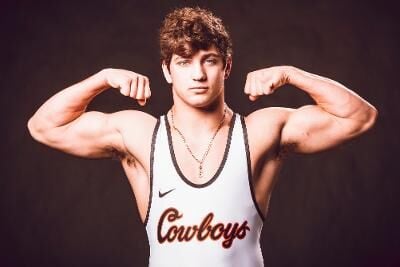 Coal City's Daniel Jezik breaks tackles as he runs to the end zone during a 2019 game against Wilmington. After wrestling at Oklahoma State University last year, the former Daily Journal Football Player and Wrestler of the Year is transferring as he seeks a return to football.

Turning down an opportunity to continue to wrestle for one of the nation’s top-ranked college programs for the unknown might be a hard decision for most but not for 2020 IHSA Class 1A 195-pound state champion and former Coal City standout Daniel Jezik.

After talking it over and gaining full support from his friends and family, Jezik officially announced in May he will be leaving the sixth-ranked Oklahoma State wrestling program and enter the transfer portal in order to pursue his childhood dream of playing college football.

“I loved all the coaches and everyone on the wrestling team at Oklahoma State,” Jezik said. “It had nothing to do with them; it was just the fact that wrestling is something I haven’t been in love with for a long time, and I have loved football my whole life.

“So, it was an easy but hard decision because it’s a great opportunity to wrestle at OSU, but it was an easy decision in a sense because I knew I wanted to play football.”

Originally, Jezik thought he could channel his inner Bo Jackson by being a two-sport NCAA Division I athlete. However, once he got on campus in Stillwater, Jezik quickly realized that dream wouldn’t be possible given how opposite the two sports are in their demands.

“Honestly, my main focus when I knew I was going to college was that I wanted to play football somehow and someway,” Jezik said. “Not that you can’t do both, but it’s kind of difficult because my wrestling coach wanted me to drop a lot of weight and, obviously, it’s difficult to do that and play football with the same competitiveness.”

Jezik’s short time as a Cowboy was an uphill battle from the jump. In early November, he had to go into isolation when some of his OSU teammates got COVID-19, leaving him to be out for a couple of weeks. Shortly after, Jezik himself got COVID-19, which put him on the sidelines again. Then, in January, Jezik had to recover from getting nose surgery before he got his chance to wrestle on the mat, where he went 0-2 in two close losses to close out his freshman campaign.

“I’ll miss being on the team because I liked everyone, but the school itself I won’t necessarily miss,” Jezik said. “To me, school is school, and so I’m there to get an education and play sports, and so I’m not making it anymore than that. I don’t think I will come out of college being a die hard fan. ... It’s a means to an end.”

Despite putting his focus toward wrestling during the past year, Jezik couldn’t help but remember his last football game resulted in a devastating 30-0 loss to Richmond-Burton in the IHSA Class 4A semifinal game in 2019. The blowout defeat was something Jezik couldn’t shake from his head, which only made him miss the sport even more.

“Being away from football kind of kills you and makes you miss it even more, especially when your last game was a loss,” Jezik said. “... I didn’t want my last game to be a loss, and so that’s why I’m back on the field.”

One of the most dominant multi-sport prep athletes in area history, Jezik, a 2020 Coal City graduate, led IHSA Class 4A with 2,237 rushing yards as a senior in 2019, helping lead the Coalers to the Class 4A semifinals. He earned Daily Journal Football Player of the Year honors for his efforts and was also coined Daily Journal Wrestler of the Year that winter after winning his second straight state title.

Now that Jezik officially has put his wrestling career behind him, he has been maneuvering through the transfer portal, which has been quite difficult given the amount of student-athletes who are in the same boat as him.

“The transfer portal this year was weird because the NCAA made the transfer exemption because of COVID-19, where you don’t have to sit out a year and could play right away,” Jezik said. “There’s like three times the normal amount of people in the transfer portal, and so it’s been a little more difficult because everyone is transferring this year.”

Nonetheless, Jezik has been in contact with multiple schools that are interested in the former bellcow back. He’s been talking to both NCAA Division II and Division III programs, with North Central College in Naperville seemingly catching his eye.

“School-wise, I’ve visited Arkansas Tech and North Central,” Jezik said. “North Central is probably at the top of my list at the moment. ... I was originally thinking I wanted to go Division I or Division II to start, but I think North Central is the only Division III school that I looked at, and I enjoyed it a lot when I visited.

“I think it’s a place where I will be able to develop myself since I haven’t played in a year and a half, but at the same time, I’m not saying that’s where I’ll go yet.”

No matter what school Jezik ends up deciding to attend, he knows he will have to get back into football shape as soon as possible given the fact the football season is set to begin in just a few short months.

“One of the big things is that getting your conditioning ready for wrestling is a lot different than getting prepared for football,” Jezik said. “I’ve been putting on a lot more weight, a lot more strength and speed training. I’ve been working out continually everyday because it’s been a while since I’ve played football. ... I think it’s a lot different getting prepared, but it’s something I’m used to.”

Although Jezik doesn’t have a concrete date for when he will announce his new destination, the mechanical engineering major plans to come up with a decision in the ensuing weeks.

“The earlier the better,” Jezik said. “I don’t want to take another month to decide my next school. Hopefully, I will make my decision within the next two to three weeks.”