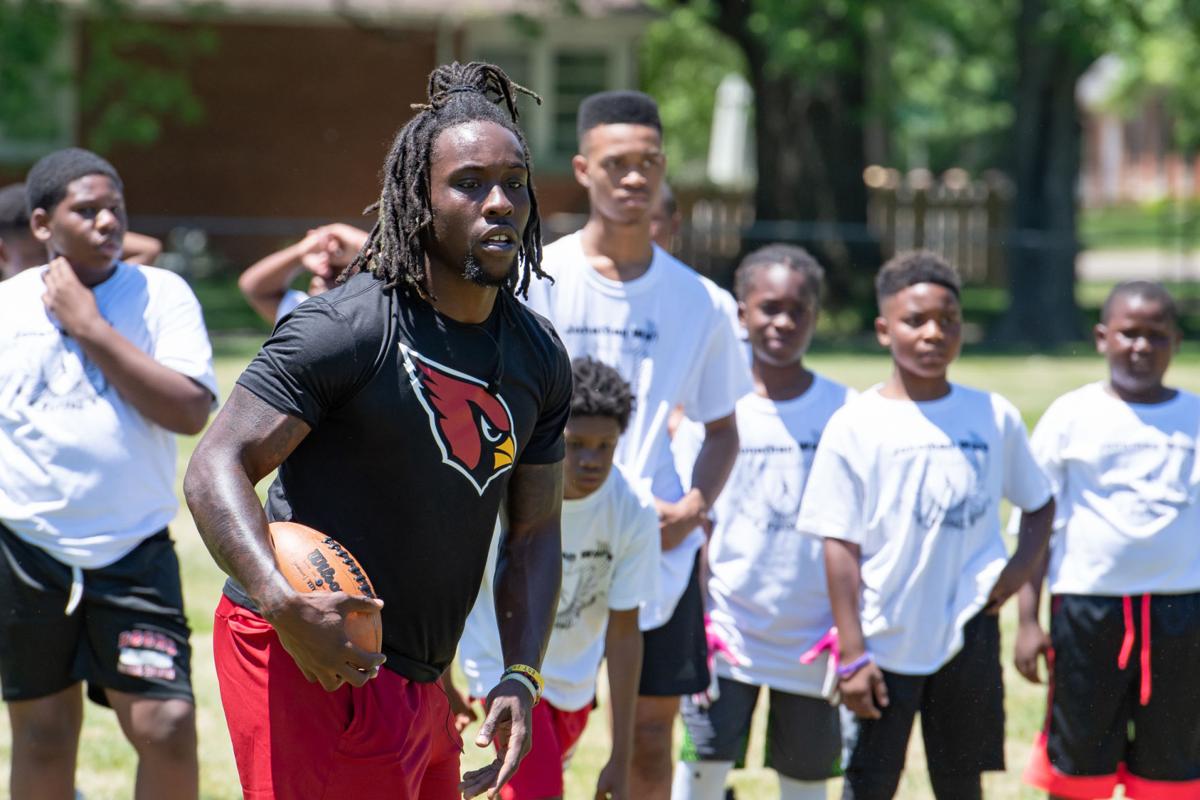 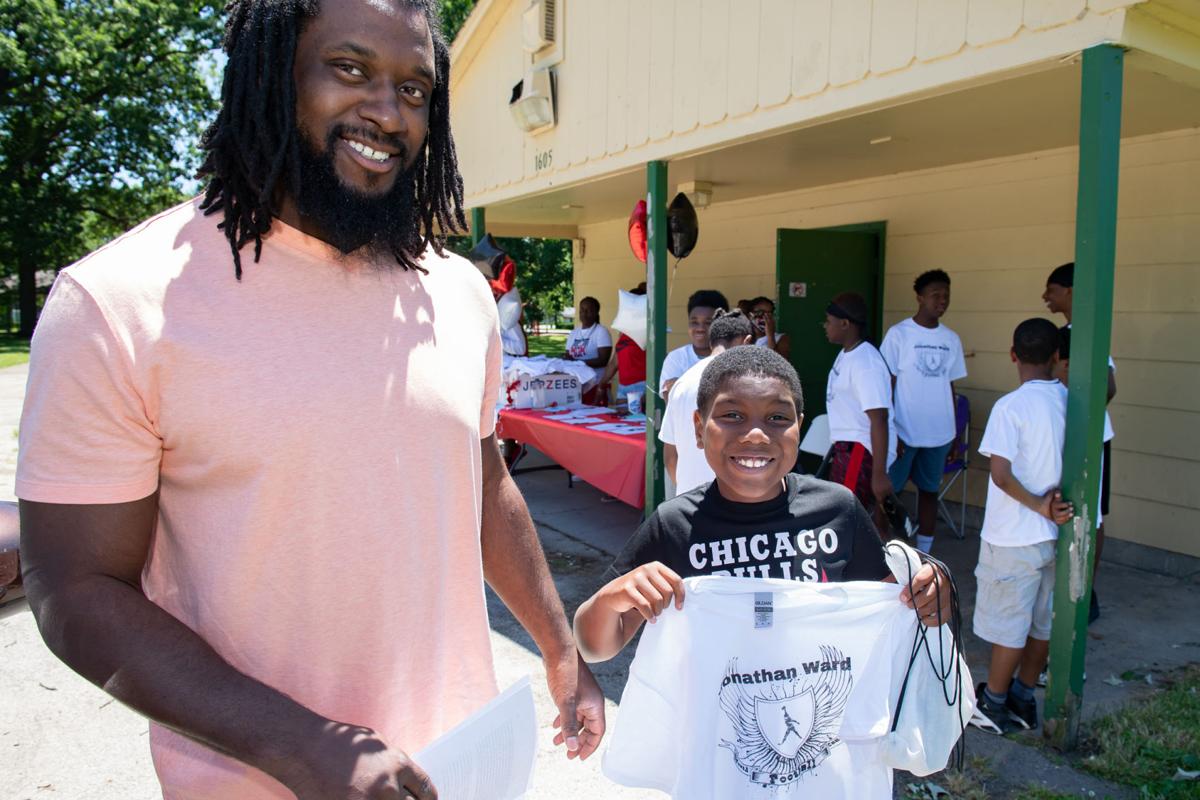 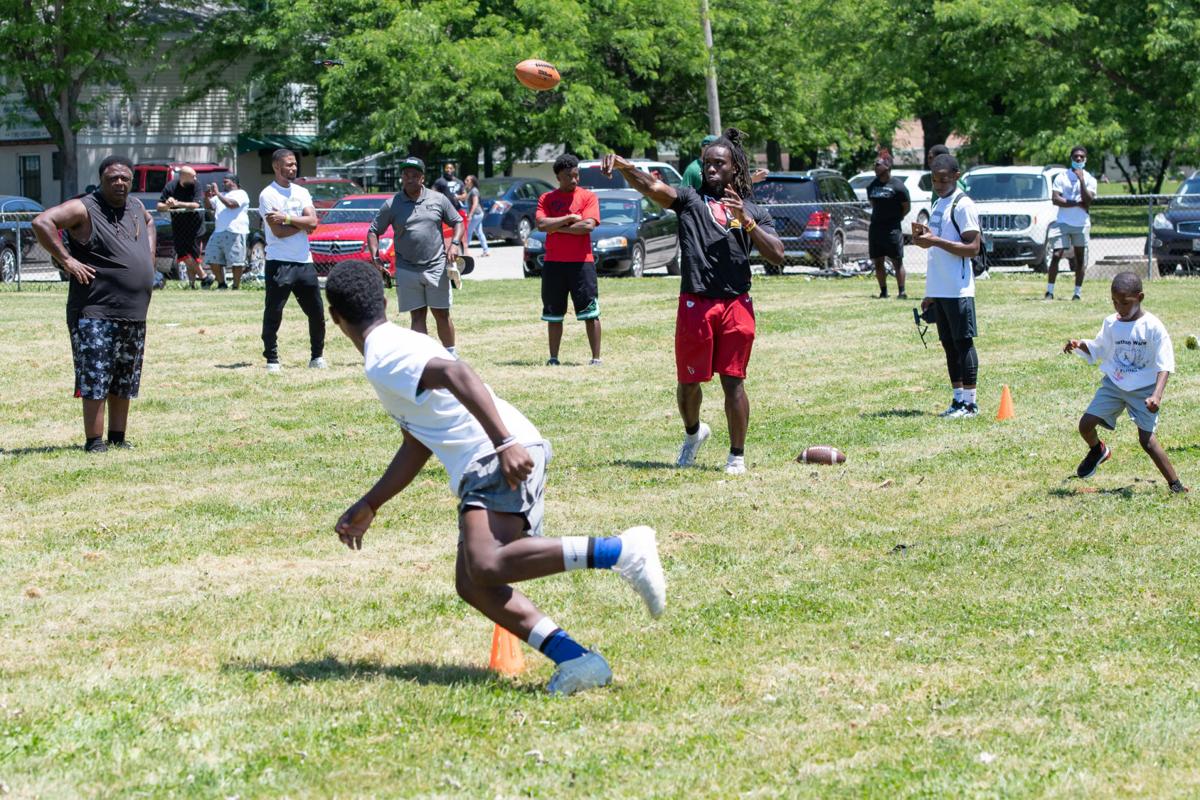 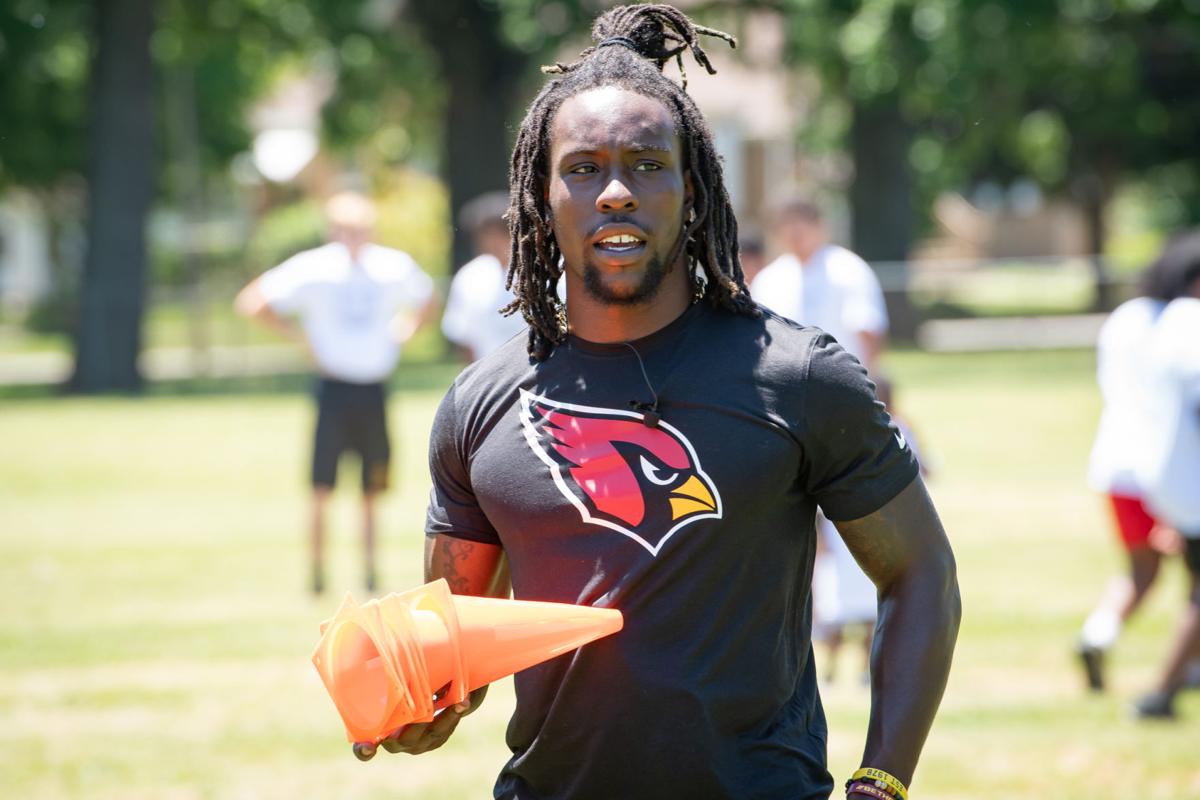 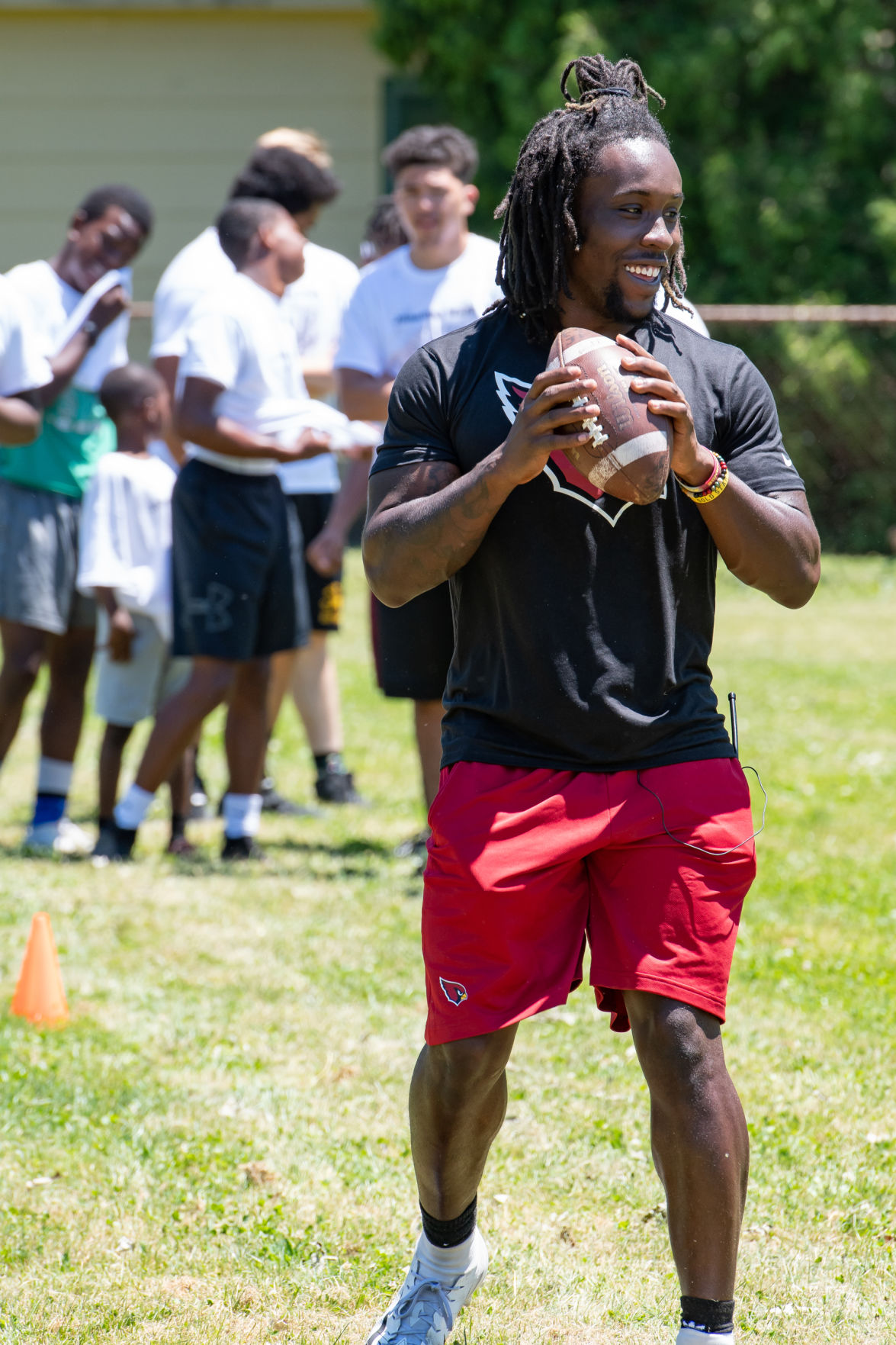 The NFL running back hosted his first annual “Jonathan Ward Youth Football Camp” at Beckman Park in Kankakee. For Ward, Friday hopefully will be just the beginning of his philanthropy.

“I plan to keep this going annually as long as I can,” Ward said. “It’s sad to say, but the Kankakee area has kind of been dying out over the past decade, and so I’m just trying to be one of the inspirations to bring life back into the area.”

Being that Tyjuan Hagler, another McNamara alumni and former NFL player, wasn’t able to hold his Kidz-Can-Do football and cheering camp (which he has hosted annually in Kankakee for the past 13 years), Ward saw this as a perfect opportunity to make a difference in the community.

“Jonathan Ward decided he wanted to make a difference in the community like he always has,” said Kurt Belisle, McNamara assistant football coach. “He used his platform that he’s been given through his hard work and dedication to try and give back to his community.

“He wanted to be a good influence on the youth of our community, and he thought this was a great way to do that.”

Ward’s football camp featured kids from all ages. In total, there were about 50 participants ranging from about 4 to 18 years old.

He opened camp with a powerful speech about hard work and dedication before he split everyone up into small groups. From there, each group was set to a designated station where they worked on position-specific related noncontact drills.

This was in part to help adhere to specific social distancing guidelines. In doing so, Ward’s camp focused on various drills each group would rotate through from station-to-station with water break in between. Each participant had about five minutes at each station, giving them experience at all positions.

Thanks to the help of many volunteers, everyone adhered to proper social distancing and guidelines in relation to the coronavirus during the afternoon.

“We had plenty of hand sanitizer; everybody had on masks, and everyone had access to both,” said JJ Hollis, McNamara assistant coach. “It was ran pretty well; it was safe for the kids, and there was a lot of focus on maintaining social distancing.”

Everyone who participated had a blast, especially the younger ones in the camp who have never been so up close to a professional football player.

“My favorite part of the whole camp was being a part of the group,” said Nicholas Ferreira, a 9-year-old Herscher resident. “It was a lot of fun doing one-on-ones and doing team things in front of an NFL player.”

Being a role model for the kids is something Ward doesn’t take lightly, so he focused on being someone who the kids could look up to.

“It felt good coming from the leadership standpoint at the camp; I’ve been a part of a few camps when I was younger as a participant,” Ward said. “So, it was just nice to be the one throwing the camp and getting to that level to be an inspiration to the kids.”

The turnout was overwhelmingly positive as it seemed everyone in the community came together.

“I was really impressed both with Jonathan and the whole community,” Belisle said. “It was a full community event, and it was really cool to see everyone come together and have a positive experience.”