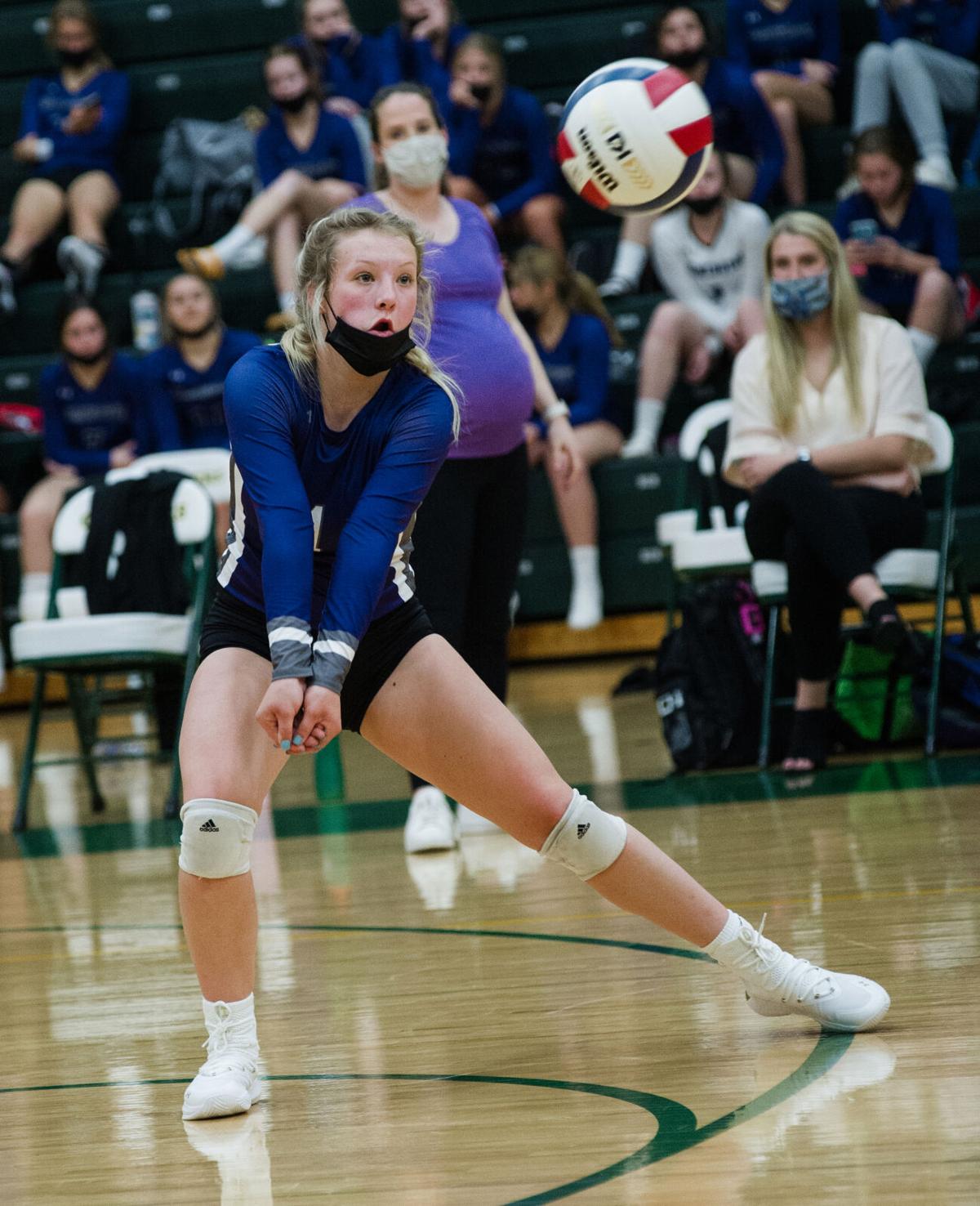 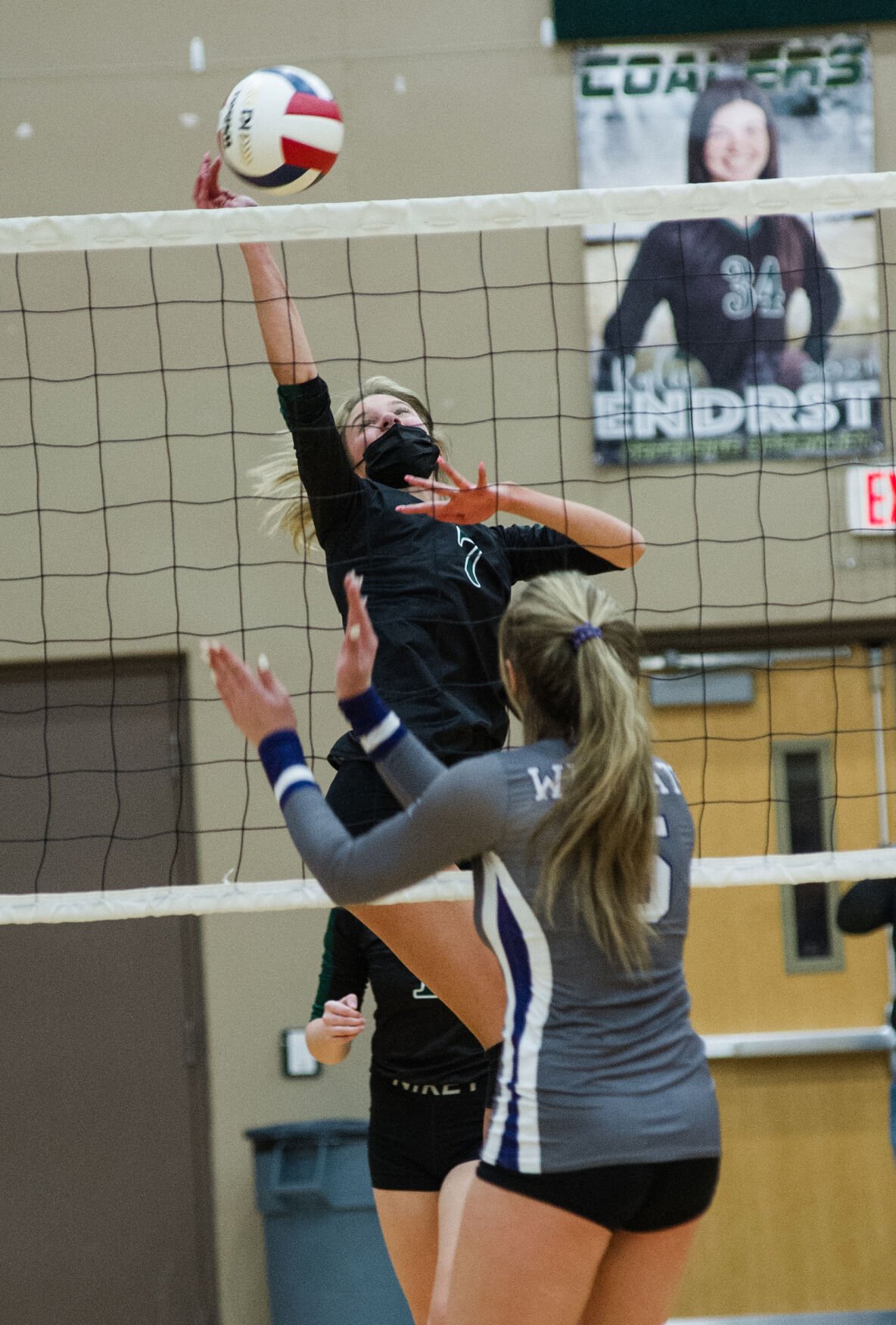 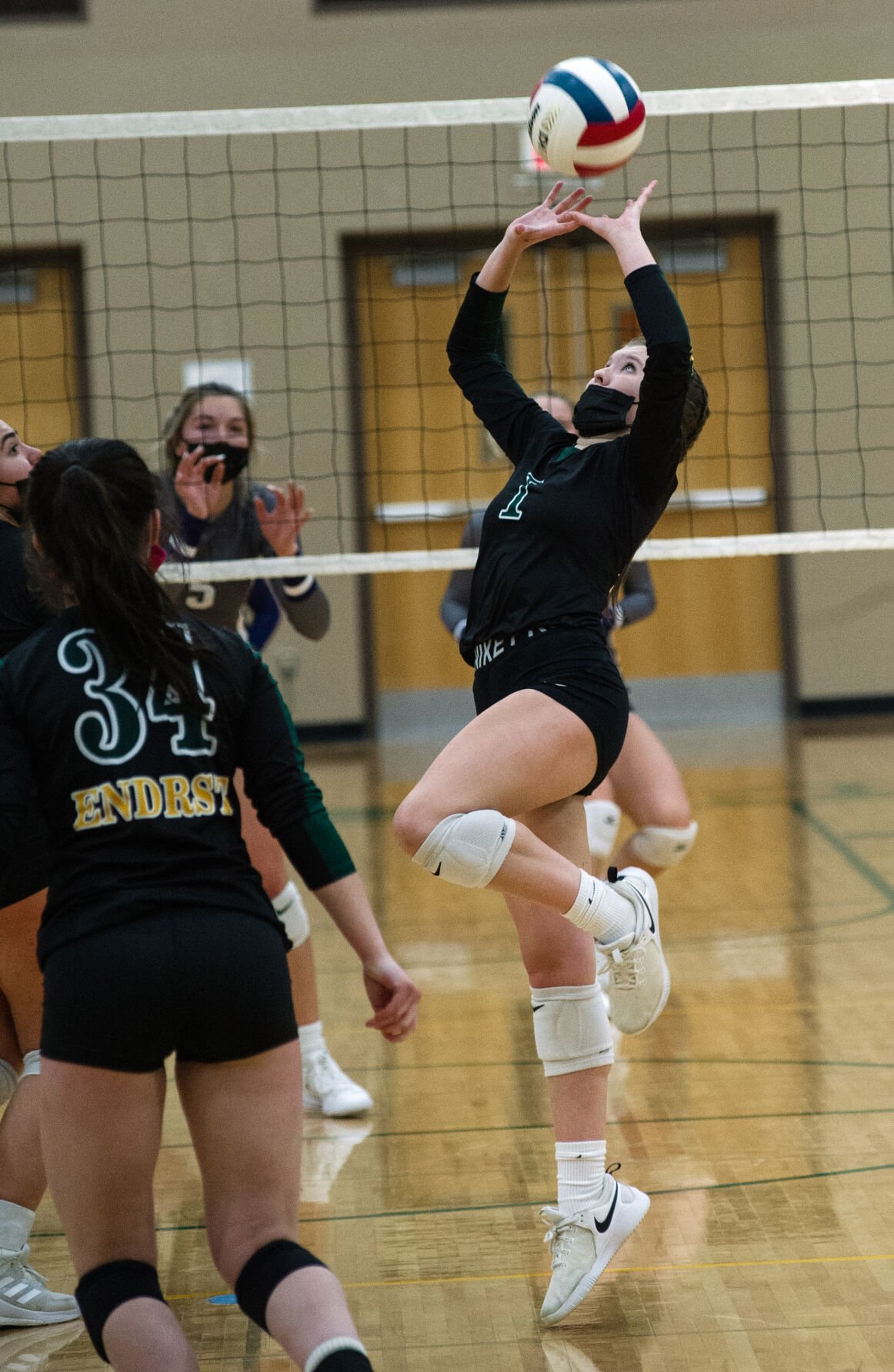 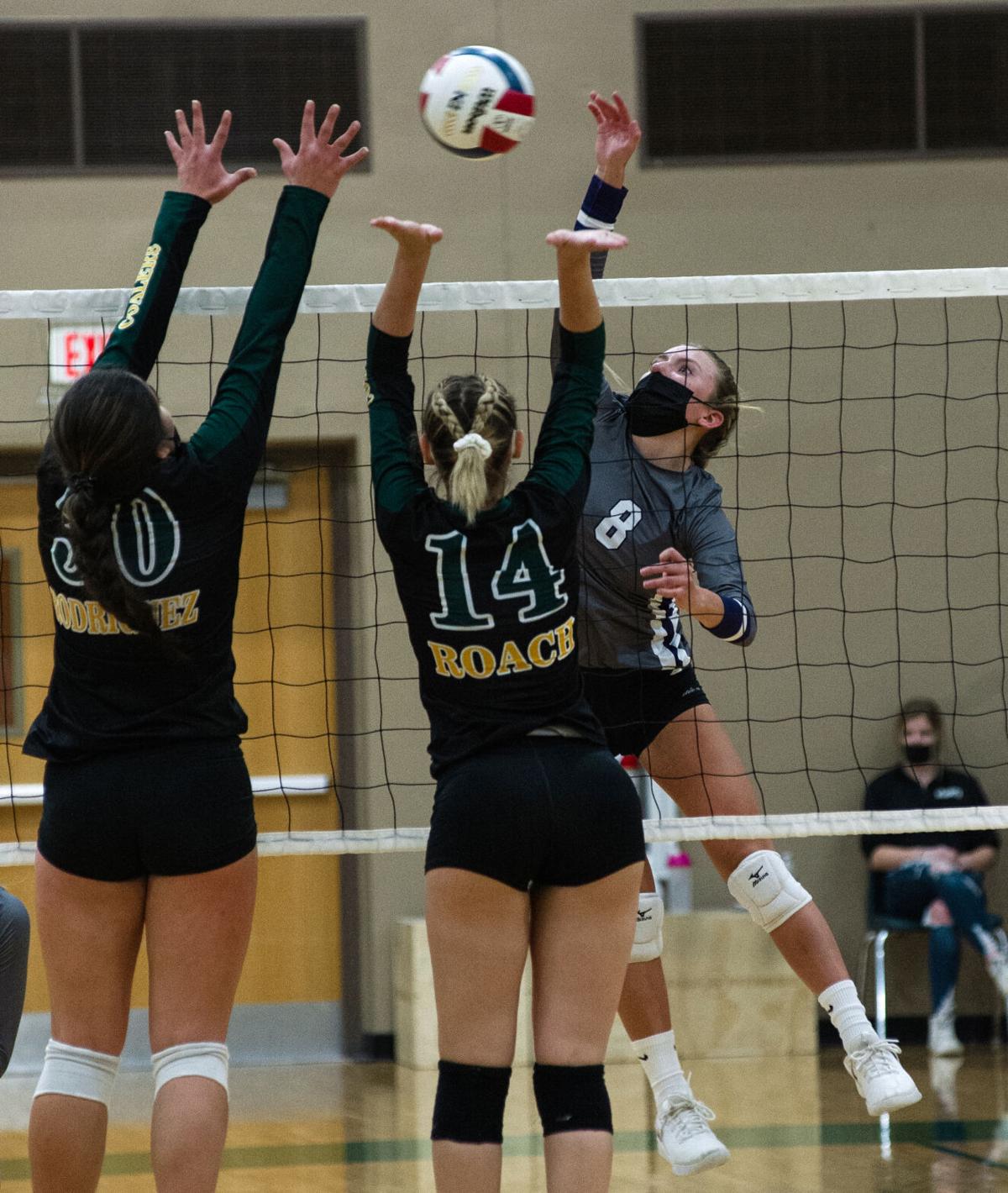 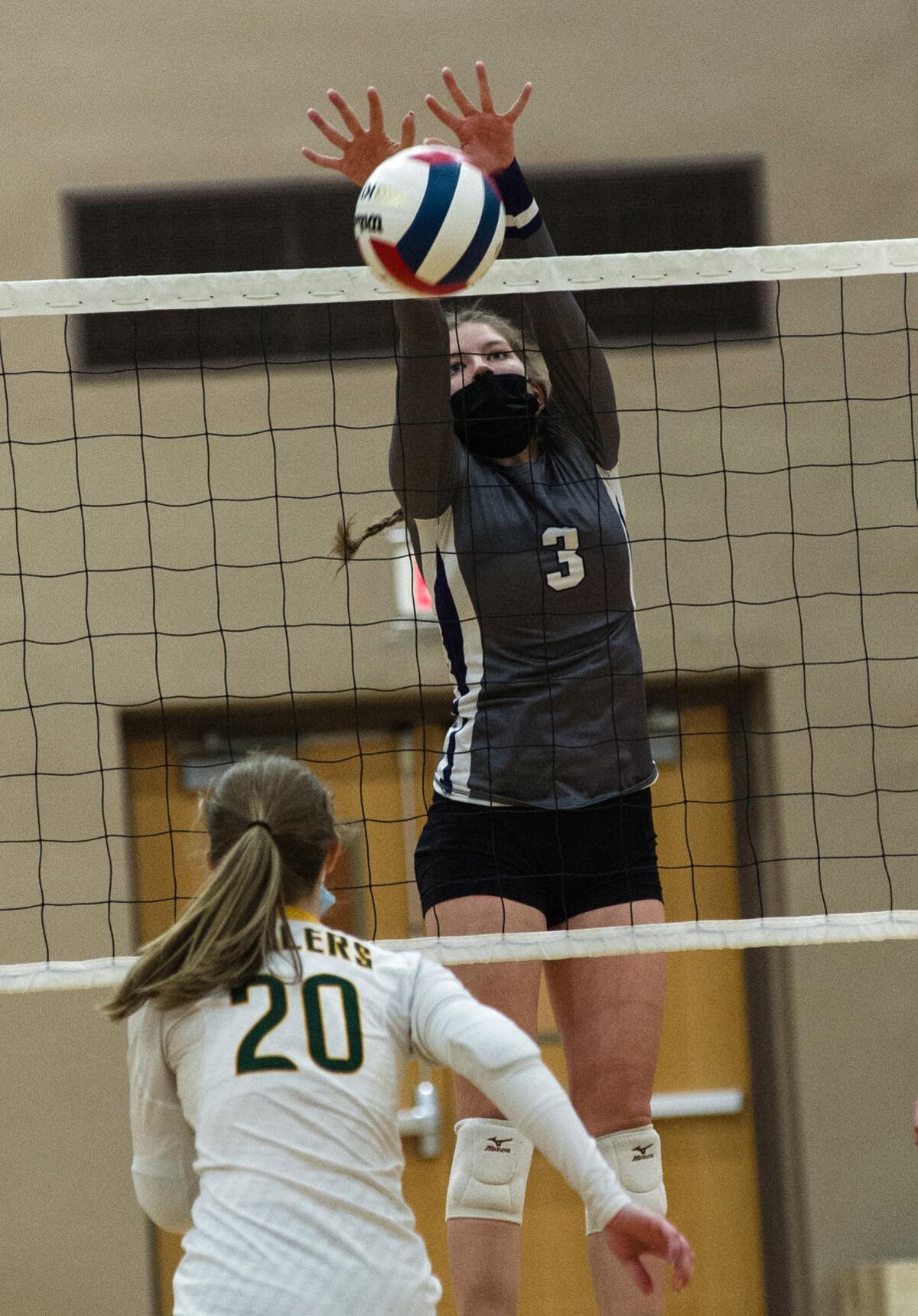 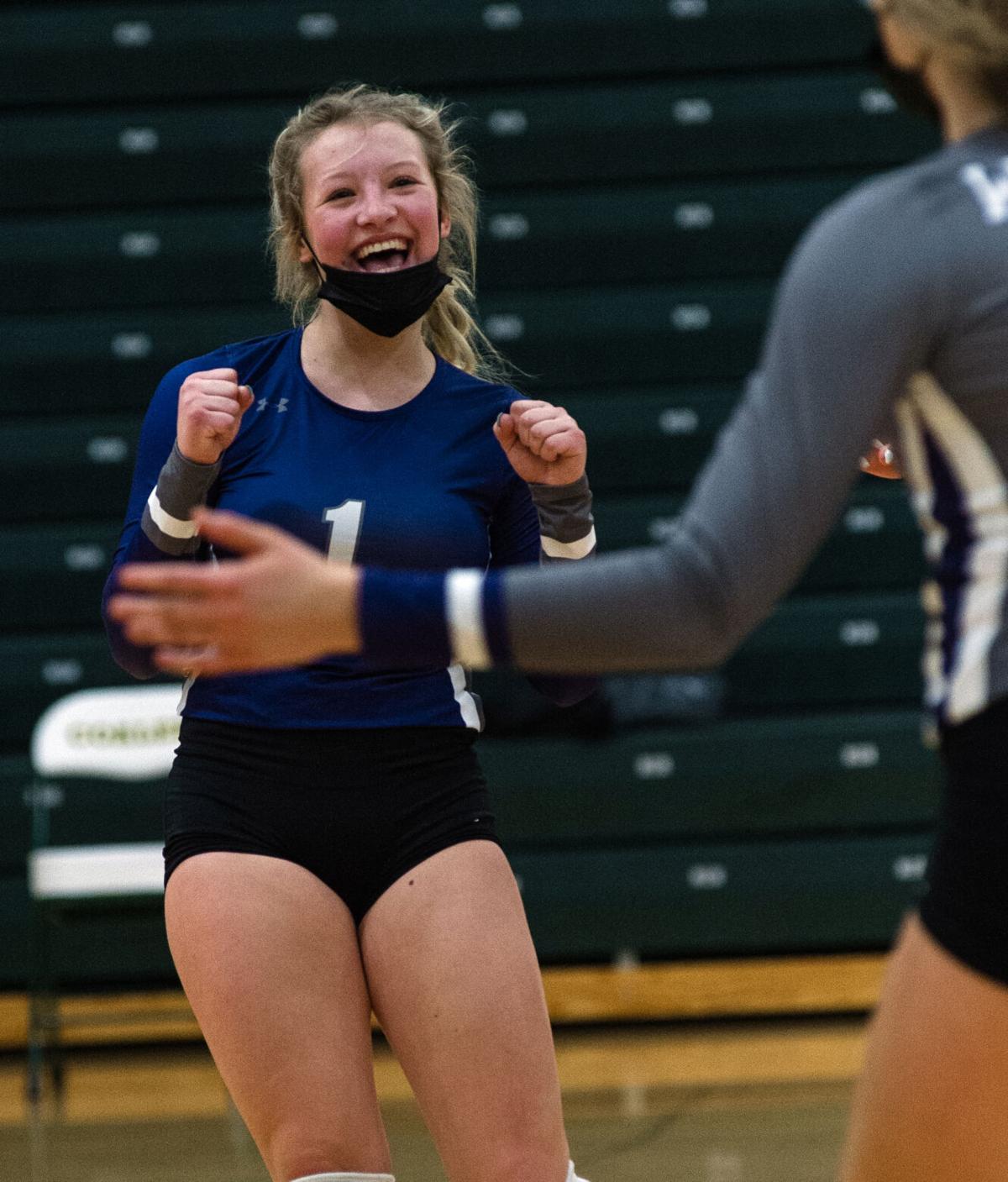 COAL CITY — The Wilmington Wildcats girls volleyball team completed one of the area’s best comebacks this season during its Illinois Central Eight Conference match against Coal City on Tuesday.

After dropping the first set 28-26 in heartbreaking fashion, the Wildcats bounced back to win the second set in dominant fashion before they went on to barely edge out their rival in a third-set tiebreaker to win the match 2-1.

“This match was pretty exciting because Coal City and Wilmington have a big rivalry,” said Wilmington outside hitter Alyssa Ohlund. “Other than that it was really fun to come out here and compete the way we did to get the victory.”

The first set was a back-and-forth battle all the way to the very end with neither team seeming to give an inch. It resulted in the first match having a total of nine ties, including a tie at 26 all before Wilmington hit back-to-back returns out of bounce to give the Coalers the first-set victory by two points.

“The first game I felt like we played with more energy and more fire,” said Coaler coach Pam McMurtrey. “After that, the second game we just couldn’t serve-receive well and put the ball down. In the third game we kind of rallied at the end, but we just couldn’t finish.”

Having just lost the first set due to their own mistakes the Wildcats were able to respond by putting on a dominant showing in the second-set where they were able to completely decimate the Coalers by 13 points. Coal City had nine poor serve-receive errors throughout the second set which allowed the Wildcats to jump out to an early 18-11 lead before they closed out the set on a 7-0 run.

“I’m super happy for how my team responded after the first set,” said Wildcats coach Laura Wakefield. “It can be pretty easy to get down after a tough loss, and we didn’t do that and actually came out even stronger in the second set.”

With things squared up at one set each, the Wildcats used their newly-found momentum to open the third-set tiebreaker on a 16-8 run, which forced coach McMurtrey to call the set’s first timeout.

“I think we got into our own heads a little bit,” McMurtrey said. “As soon as we made errors we just got down and put our heads down and we kind of shut down for a while.”

Luckily for the Coalers, the timeout did seem to help calm the nerves as Coal City got right back into the thick of things by coming out of the timeout on a 11-3 run to tie things at 19-19. But Ohlund got hot down the stretch, recording four kills to score the Wildcats’ last four points in a 25-22 third-set win.

“It feels really good to finish for my team,” Ohlund said. “I was kind of playing rough in the first set, but it felt nice to come back and pick myself up and help my team win it in the third-set.”

The strong mentality by the Wildcats to not give into the pressure and overcome its self-inflicted mistakes in first set is something Wakefield was proud to see, especially since it’s something you can’t really re-create in a practice-type setting.

“We try to do pressure-type drills in games and practice, but it’s always different when you’re in front of fans and playing a different opponent that’s not your team,” she said. “It was nice to see what my girls were made of because that’s something you can’t always teach.”

Wilmington will head to Reed-Custer for another ICE battle today at 6 p.m. and Coal City will take a day off before they get their own turn against the Comets on Thursday at the same time.

Bradley-Bourbonnais got the best of Kankakee in a cross-town classic.

The Bobcats got off to a hot start early and rode that wave to a 2-0 win against their RVC rivals.

Peotone got the best of Kankakee at home for senior night.