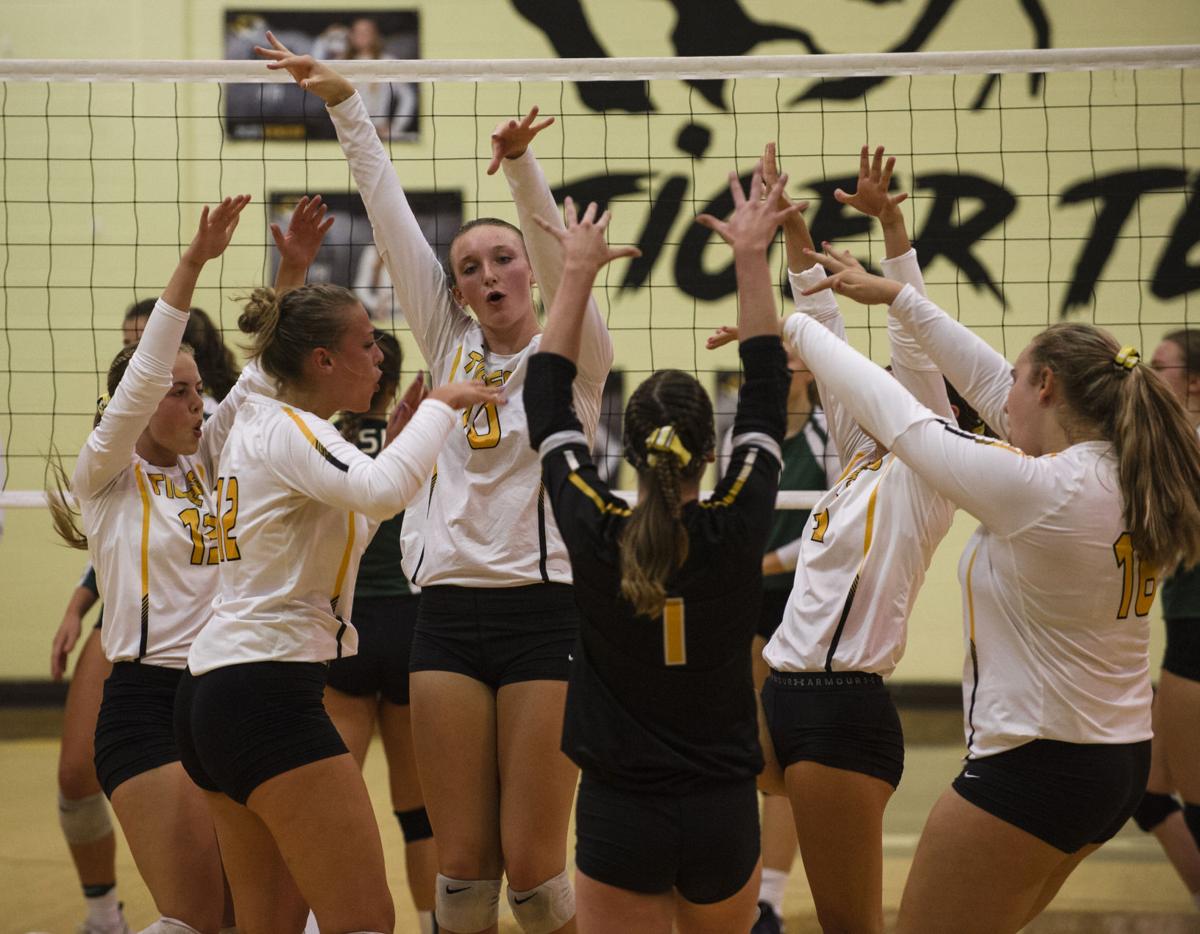 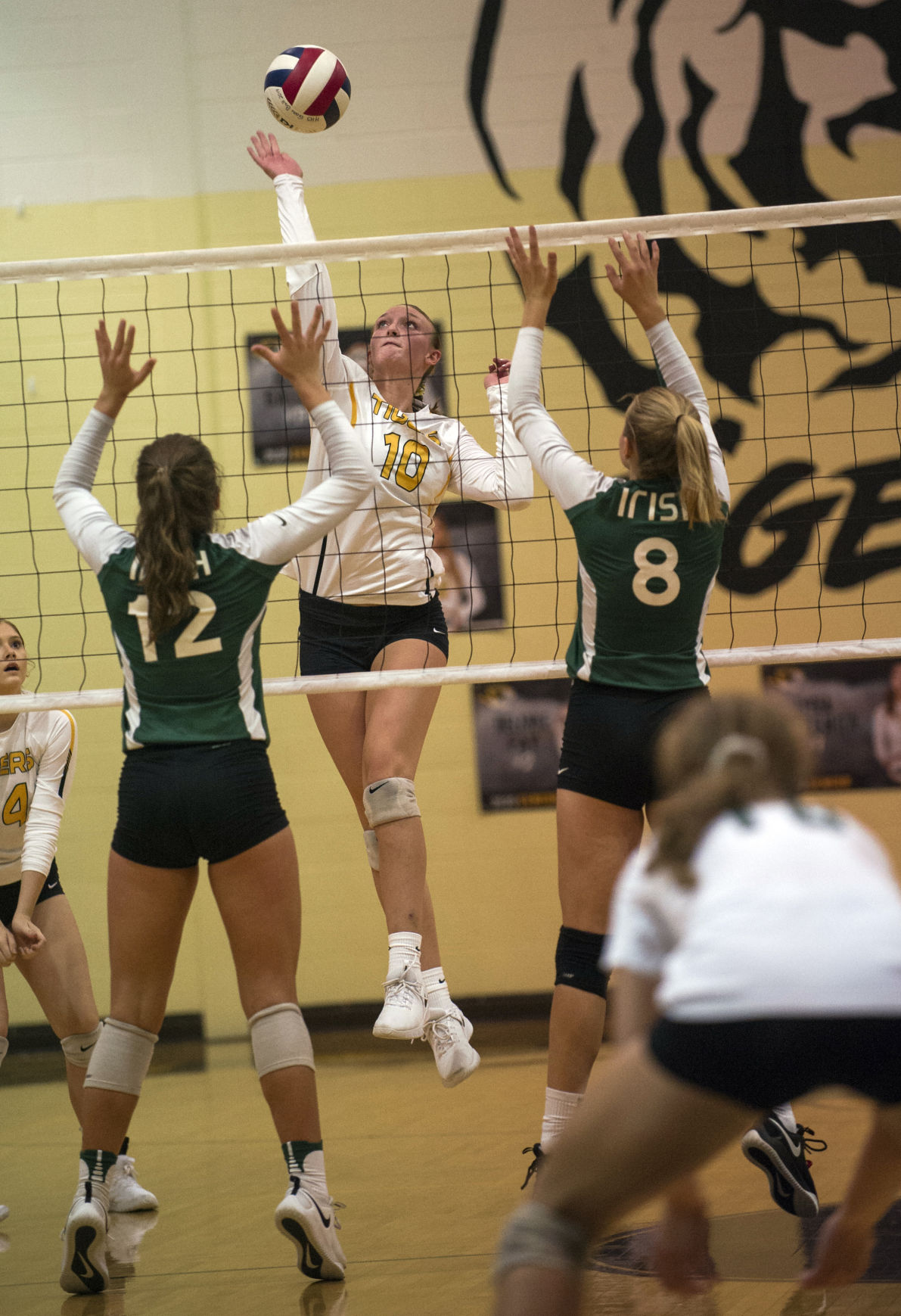 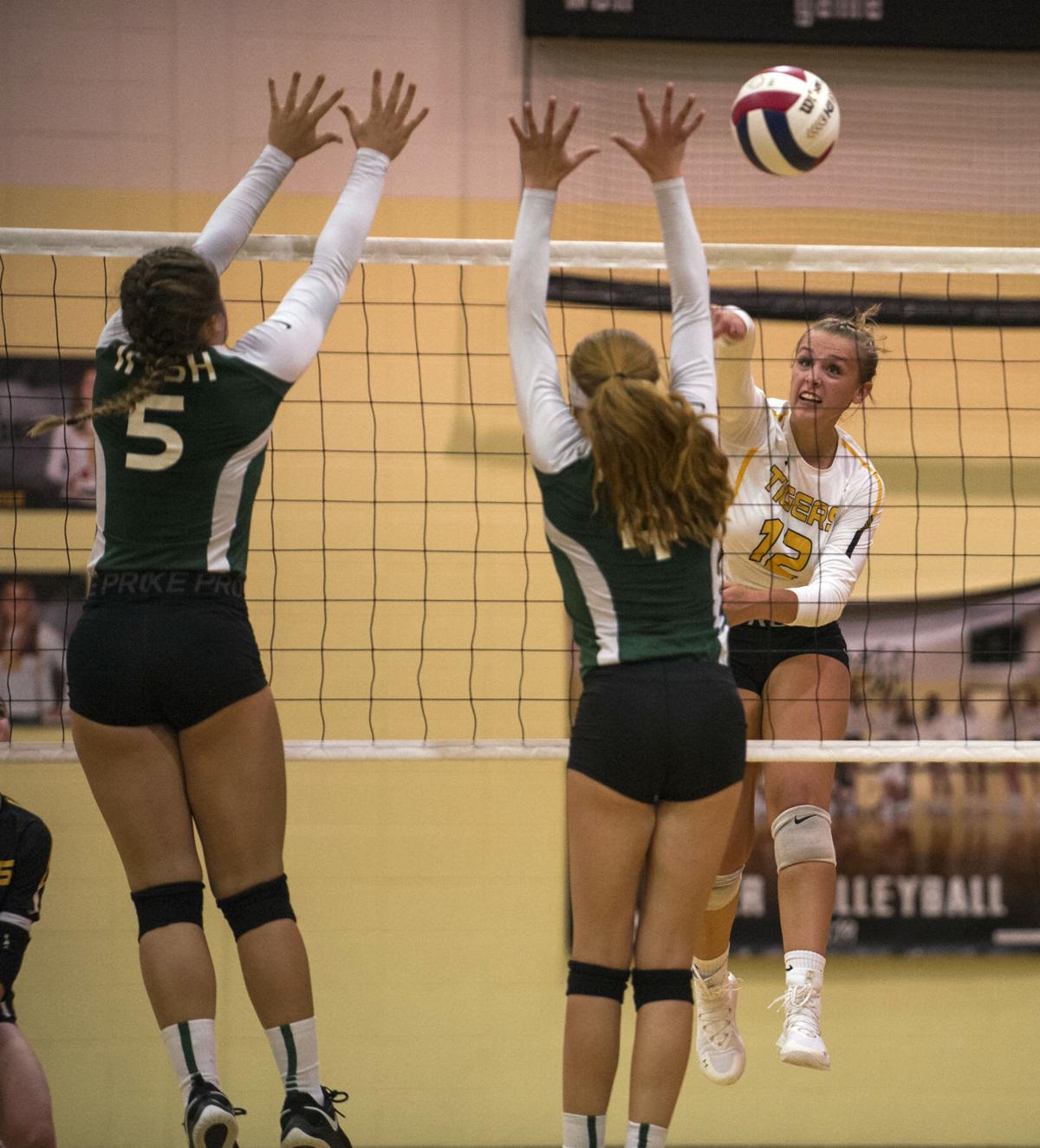 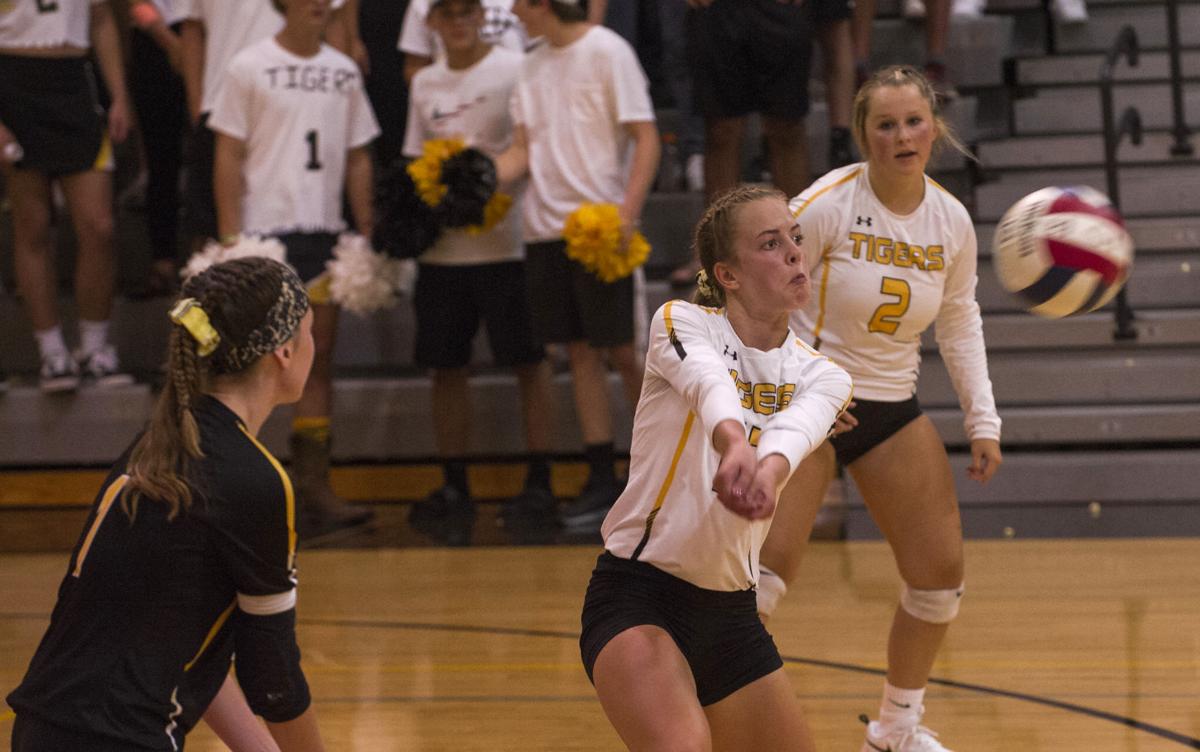 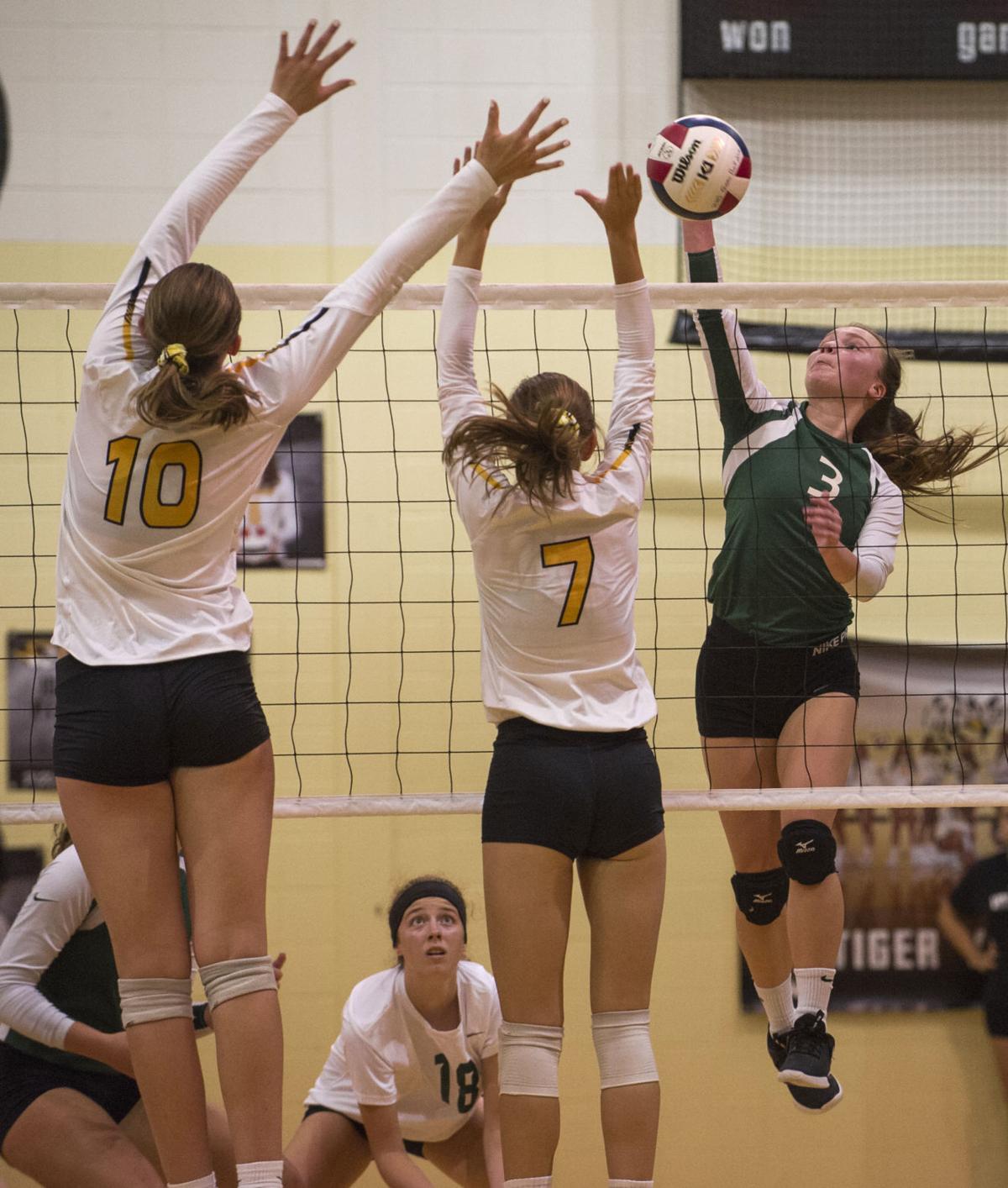 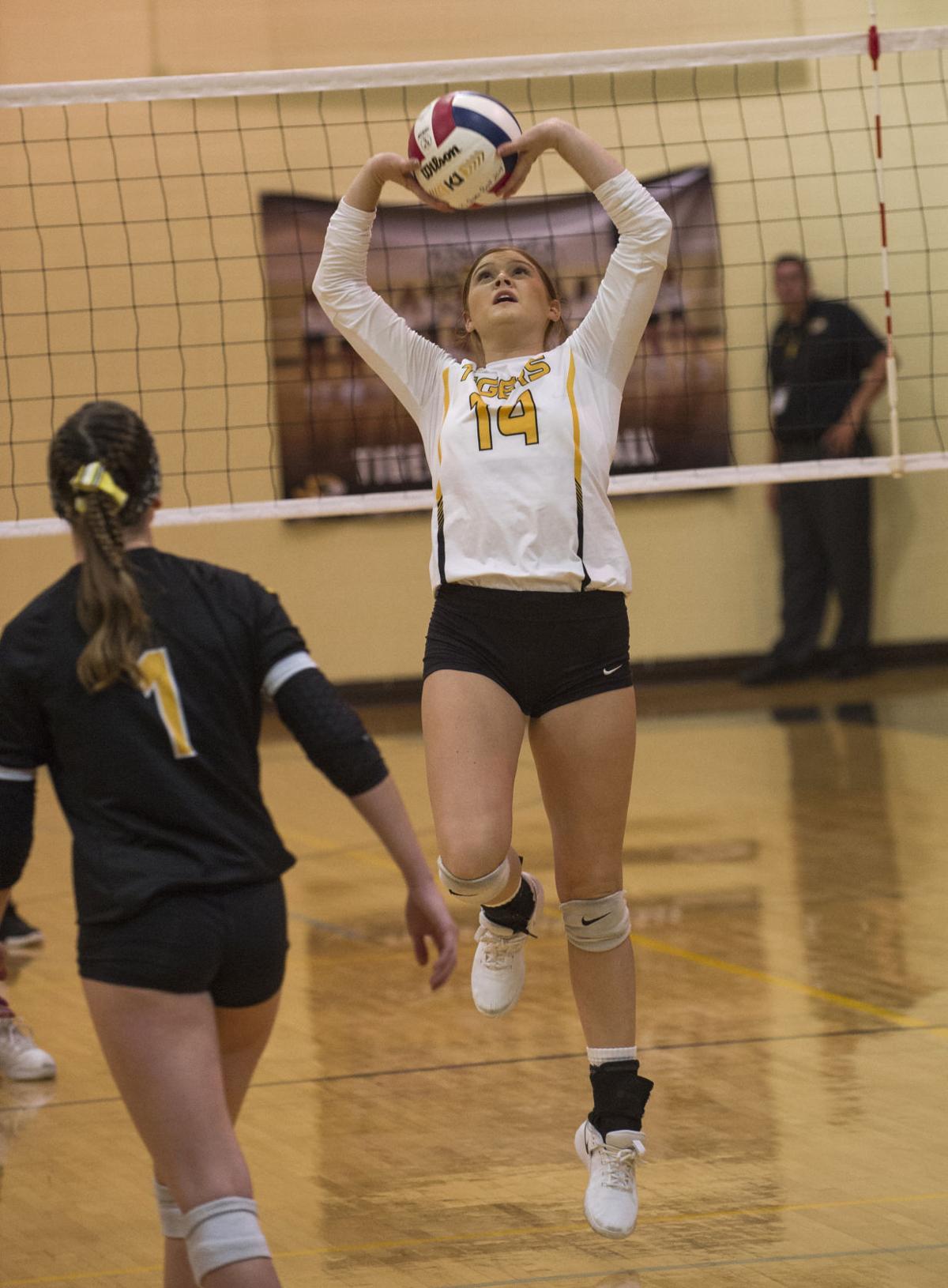 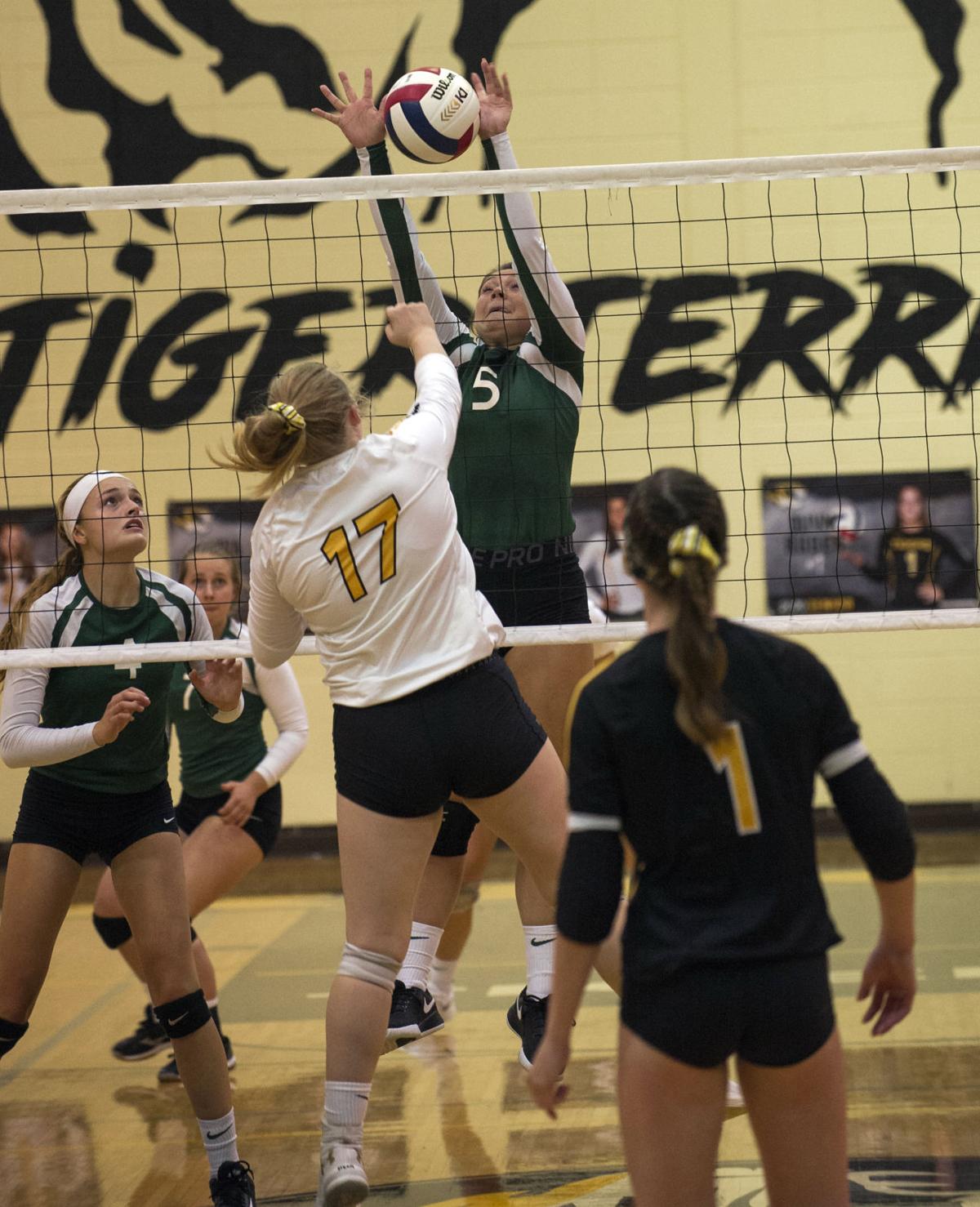 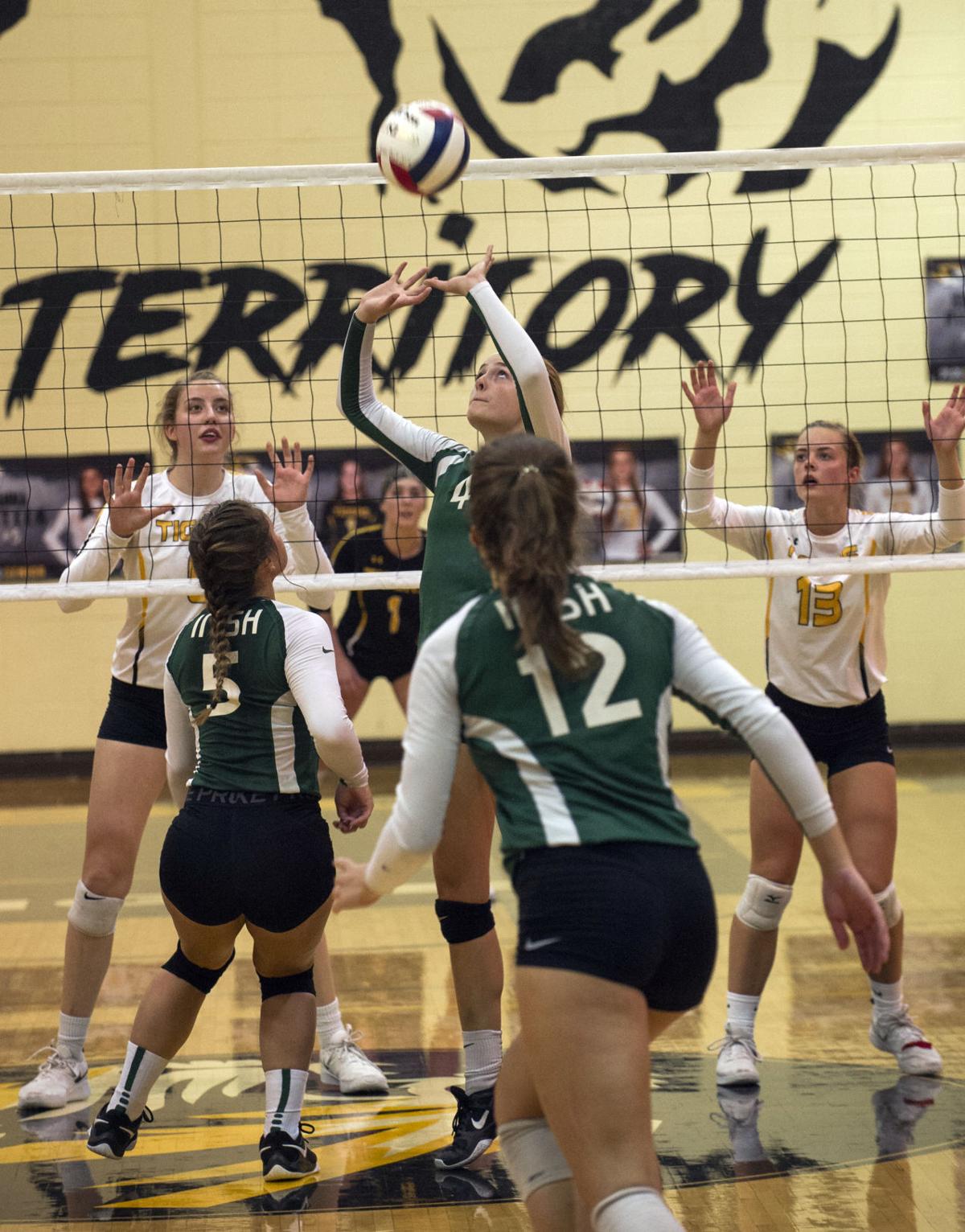 HERSCHER — Herscher libero Olivia Ruder spent the summer working on a new jump serve in preparation for the 2019 season.

And after one night, it looks like that work already has started paying dividends.

Ruder piled up eight aces from the service line, including four as part of an early 8-0 Tigers run on their way to a season-opening two-set win over rival Bishop McNamara, 25-13, 25-13.

Ruder said she was nervous before the matchup with her new serving style after some jitters with it in the school’s preview night last week. But some extra pregame practice Thursday had her comfortable when she took to the service area with her team facing an early 4-1 deficit, one that quickly turned to a 9-4 Tigers lead.

“I came out here and served for almost an hour to our trainer Garrett (Demierre), and I guess it paid off,” Ruder said. “I just kept going and tried my best.”

Tigers coach Joel Huizenga said he needed someone to fill the serving star role that Chloe Chavers left open when she graduated in the spring, a role Ruder dedicated herself to over the summer.

“That just set the tone,” Huizenga said of Ruder’s hot start. We lost over 50 aces in Chloe Chavers and we knew we needed somebody to step up and fill that tough serving role.

“She worked hard this summer, and I’m pretty proud of her.”

And when the Irish were able to return Ruder’s serves, 6-foot-1 junior Maddy Offerman was there to return everything that came her way. She recorded a pair of blocks and a team-high five kills.

But for Offerman, it was the work of her teammates that allowed her to shine.

“We’ve all been working together really well this summer and have come together as a team,” Offerman said. “I just think we’ve been building on it and have a good connection.”

The Tigers sported a balance offensive attack, as four players recorded three kills or more. Claudia Huston had four kills and added three aces to put the Tigers in double-digit aces as a team.

Mady Rogers and Anna Cotter each notched three kills, and Cotter also added a pair of aces and four assists.

Huizenga said he knew a performance like the one the Tigers put on Thursday was possible after a strong summer, but there are always opening night jitters that can give cause for pause, especially in a rowdy environment that Thursday’s rivalry match has provided for decades.

“I knew that this was possible if we just went out, relaxed and played our game — we played the game we’re capable of playing after this summer,” Huizenga said. “Whether it would happen in an environment like this, you never know. But the crowd was awesome, huge fun and our kids came out and handled it really well.”

The Irish were the aggressors at the start, which was evidenced by their 4-1 lead to open the first set. But Irish coach George Hagemaster said the team’s passing wasn’t at the level it needed to be to stay in contention with the Tigers once they caught fire.

“It all starts with passing, and we didn’t pass well, that’s the bottom line,” Hagemaster said. “We couldn’t get our passes going and it’s pretty easy for a team to run free balls at us when we’re not (passing).”

The Tigers will play in a tournament at Chicago Christian this weekend, which begins at 5:30 p.m. today. The Irish will back in action with an All-City matchup at Kankakee at 6 p.m.