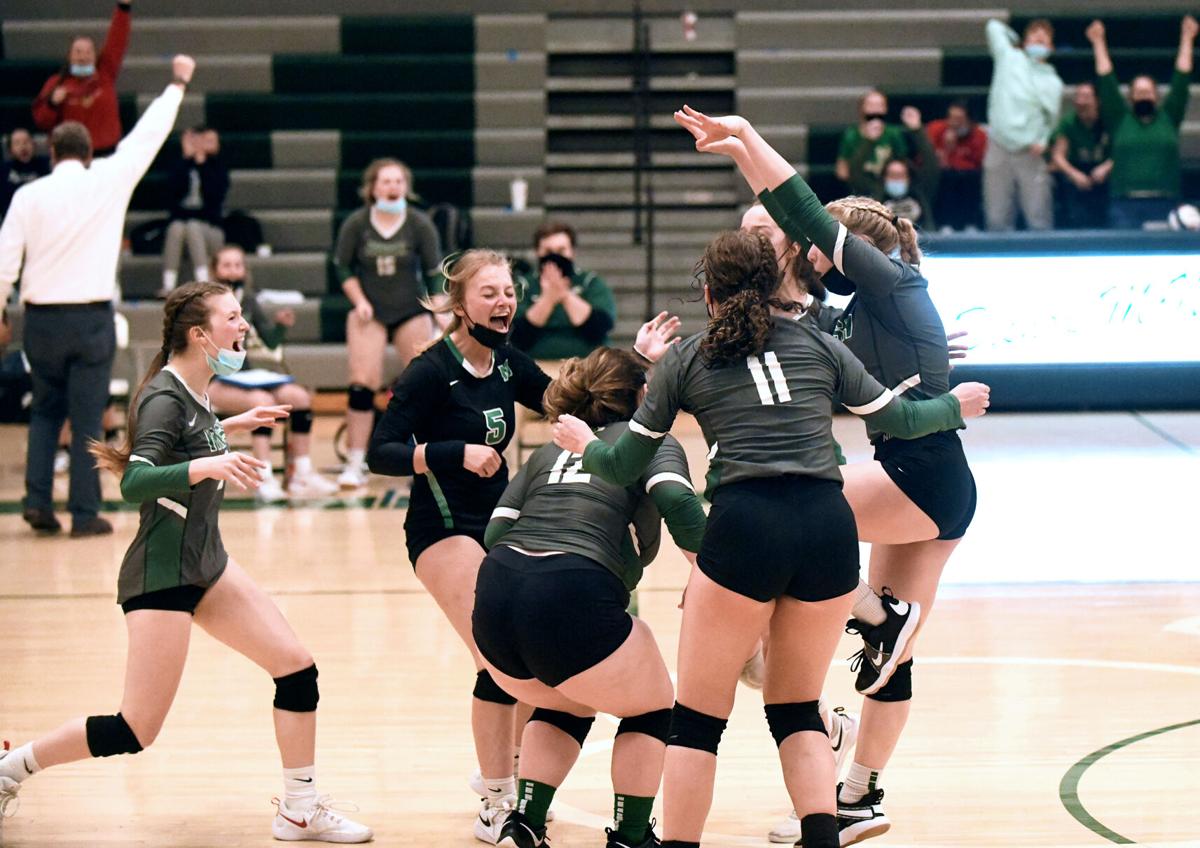 Bishop McNamara players and fans erupt in celebration as the Irish secure a victory in three sets against Aurora Central Catholic in the Irish's last home game of the season April 21. The Irish won the Metro Suburban Conference, the school's first volleyball conference title since 1984. 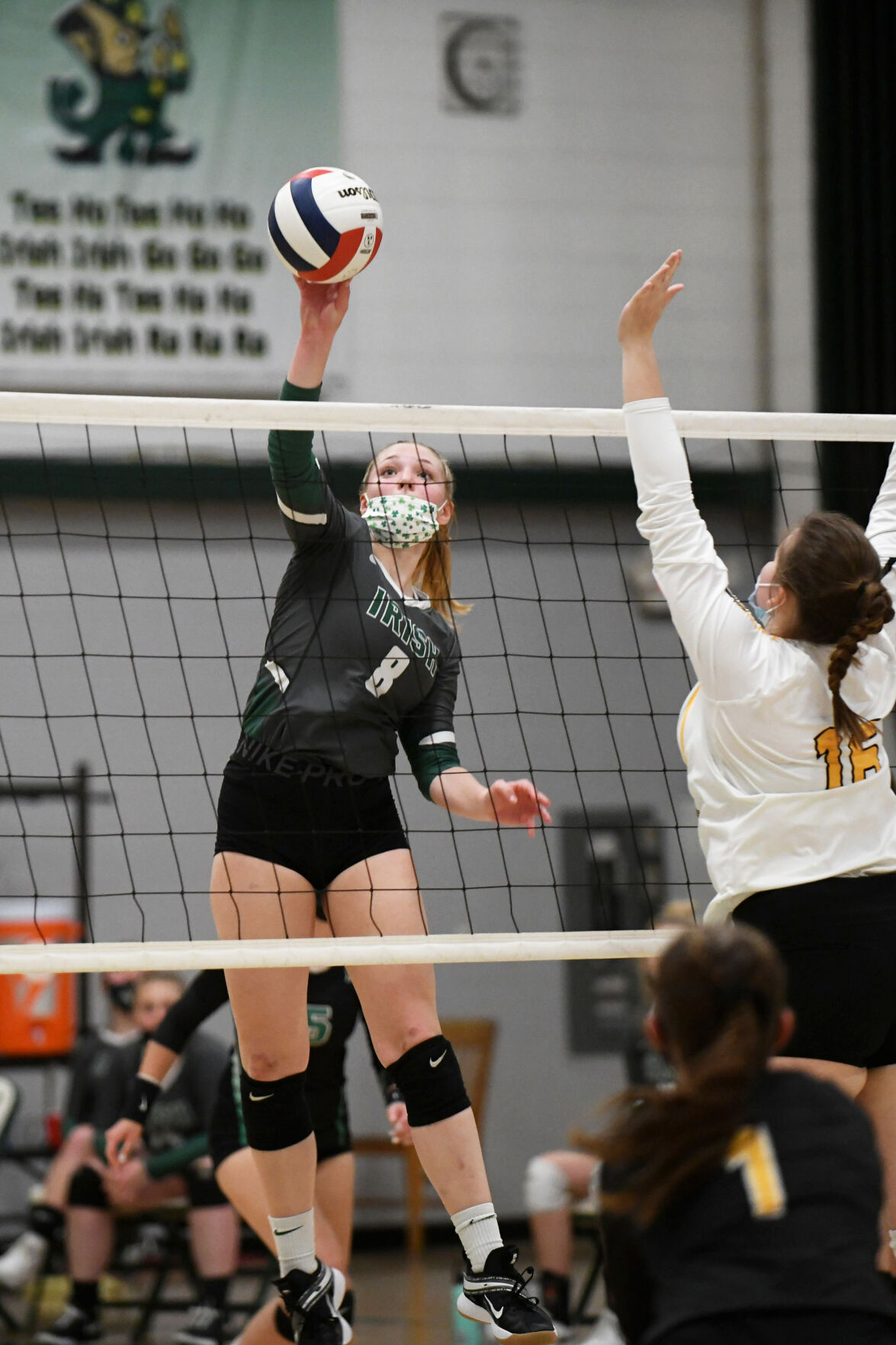 Bishop McNamara’s Jacqueline Allaway tips the ball over the net during the Irish’s victory against Herscher earlier this season. 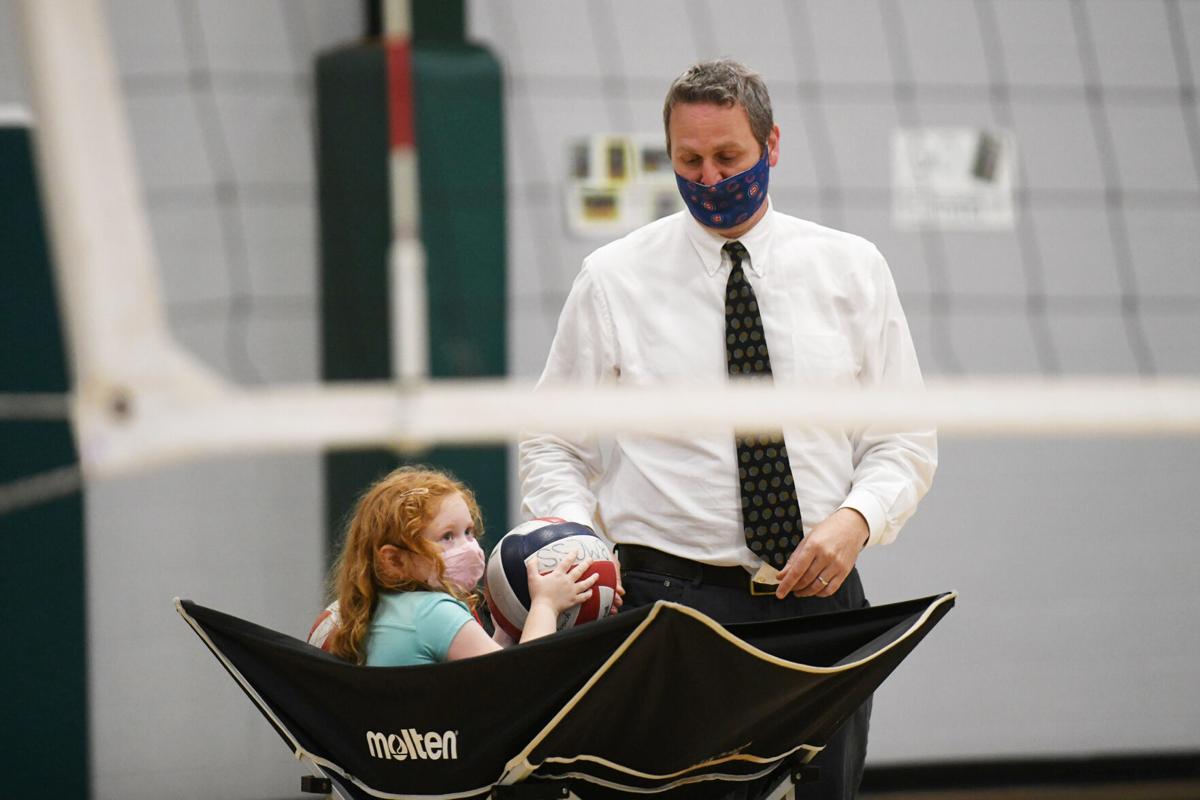 Bishop McNamara players and fans erupt in celebration as the Irish secure a victory in three sets against Aurora Central Catholic in the Irish's last home game of the season April 21. The Irish won the Metro Suburban Conference, the school's first volleyball conference title since 1984.

Bishop McNamara’s Jacqueline Allaway tips the ball over the net during the Irish’s victory against Herscher earlier this season.

A lot has happened at Bishop McNamara since the last time the school’s volleyball team was a conference champion. The softball program didn’t even exist when that happened in 1984, and since its inception in 1989, the Irish softball team has made four state appearances and brought home a title. The basketball team wasn’t old enough to begin school yet and, similar to softball, has made it to state four times and won a first-place trophy.

It’s not as though the Irish haven’t held their own on the volleyball court during the past three-plus decades. They’ve won eight regional titles in that span, but after their long drought, a volleyball conference crown finally made its way back to McNamara on Friday, when the Irish won the Metro Suburban Conference after Riverside-Brookfield lost its season finale against St. Francis, giving the Irish a tiebreaker against the Bulldogs.

“We took on a lot of good teams and barely beat out a Riverside-Brookfield school of almost 3,000 students, so beating them out is a pretty great accomplishment,” Irish coach George Hagemaster said. “What I preached to the girls all year was consistency and speed, and they just beat teams with speed.”

The Irish finished 8-5 in the MSC and 10-6 overall. Five Irish players were named all-conference selections, including junior middle block and outside hitter Jacqueline Allaway, who was named the conference’s Player of the Year.

Allaway, who is just a junior this season, was more focused on the fact she had four other teammates earn accolades, which she found indicative of their conference success.

“It’s so fun because you can always rely on someone to do something awesome,” Allaway said. “It’s not just one person who can bring us up; everybody has the ability to do that.”

Allaway pointed to the Irish’s victory against Herscher on April 12 that gave the team the extra energy it needed down the stretch, as that 2-0 home victory sparked a streak in which the Irish won five of their last six contests.

“We knew Herscher would be good, and they’ve beat my team I was on every year since I was a freshman, so it was a really awesome accomplishment for us,” Allaway said. “That gave us a lot of confidence that we could really beat good teams.”

The Irish wrapped up their season April 21 and then waited anxiously for Friday’s Bulldogs-Spartans matchup. With the Irish knowing they needed an R-B loss for their crown, Hagemaster said he found himself in the peculiar predicament of rooting against another team.

“It was a really nervous two days,” Hagemaster said. “We knew we did everything we could and just had to hope the other team stumbled, and I’ve rarely been in that position.”

Similar to other volleyball, boys soccer and football teams that just wrapped up their uncharacteristic spring seasons, preparations for next fall’s season aren’t far off. When that day comes, only one of those all-conference selections will be graduated (Emma Valant). Her fellow all-conference selections, Allaway (junior), Emma McCammon (junior), Ashlyn Mitchell (sophomore) and Anna Darr (freshman), will return, along with freshman starting outside hitter Lillee Nugent and newcomers from a JV team that posted a 13-1 record.

“There’s a whole group of girls waiting to step in if anybody needs help, and they’re all good,” Hagemaster said. “I’m really excited to see what happens.”

Bishop McNamara was fueled by its support system in a three-set win over Aurora Central Catholic.

VOLLEYBALL: Kays roll past Trinity ahead of Southland title match