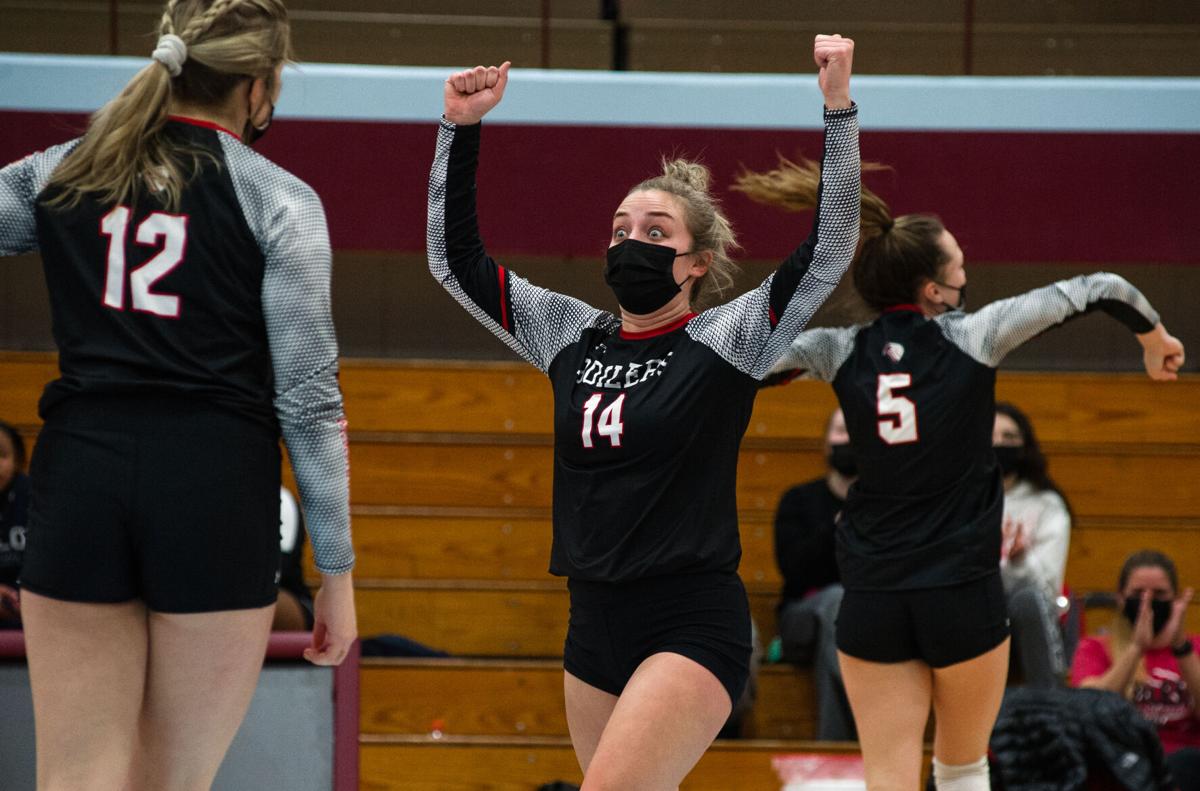 Bradley-Bourbonnais' Ella DeYoung reacts to a point won against Kankakee during Wednesday night's game at Kankakee. 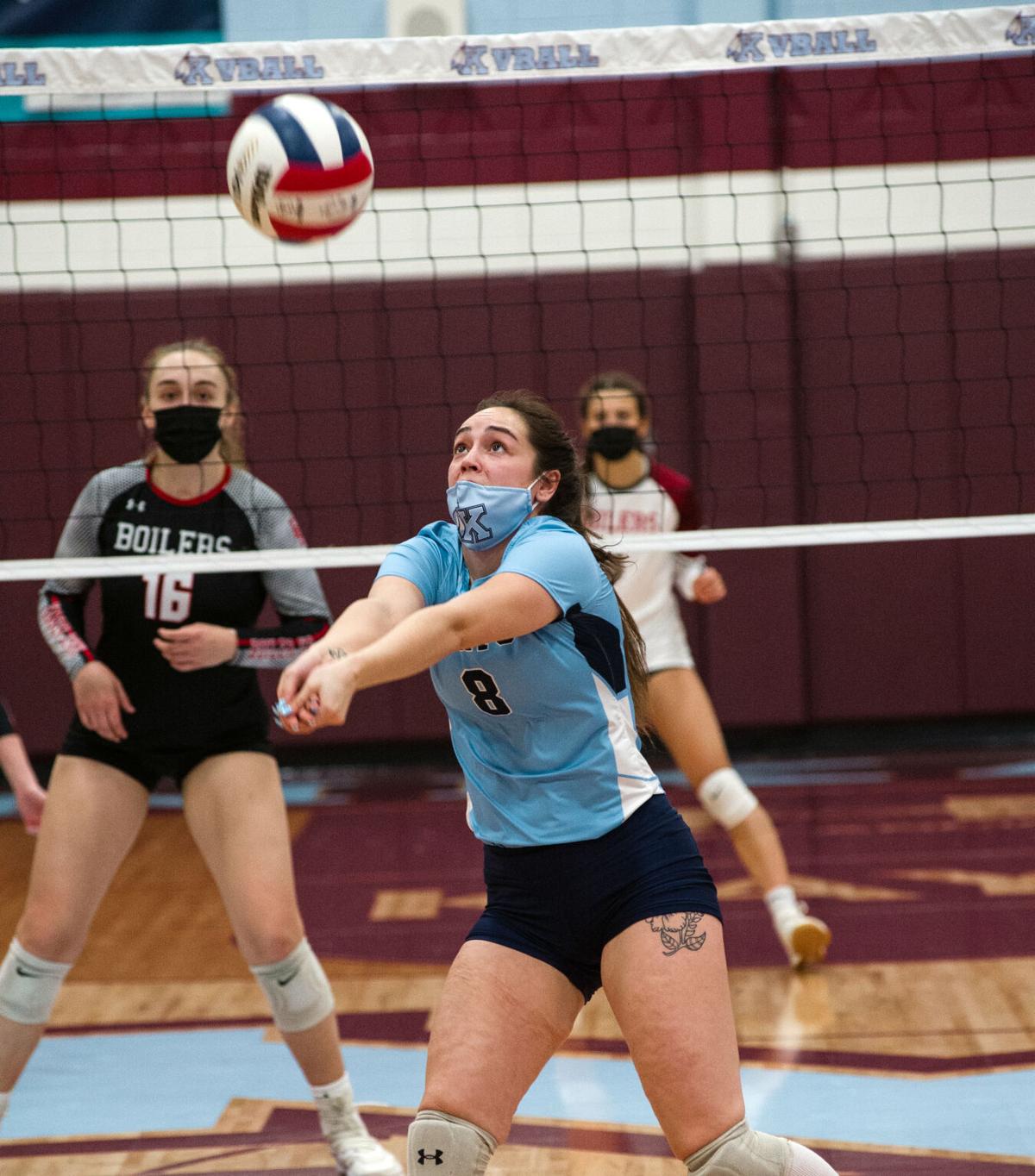 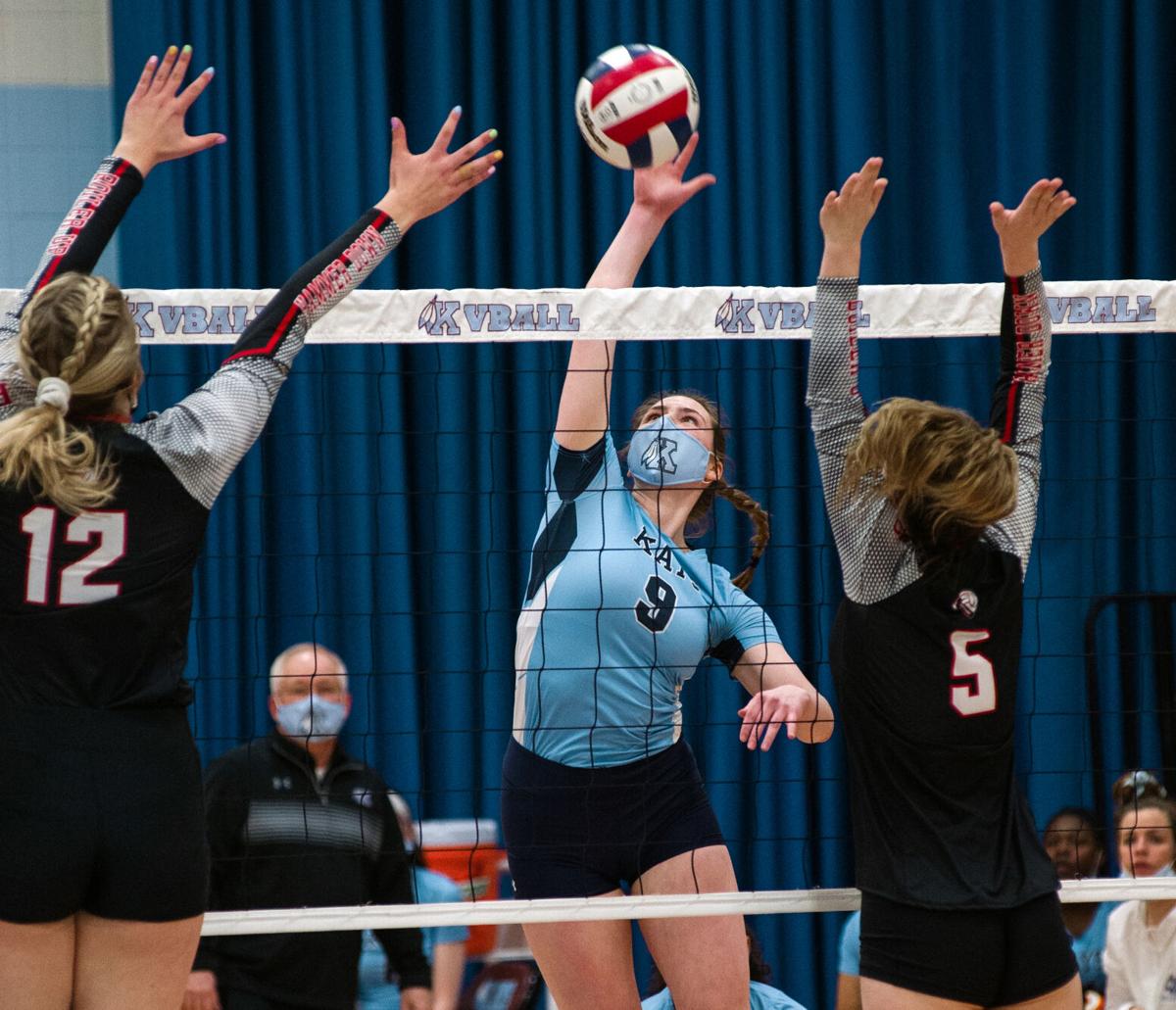 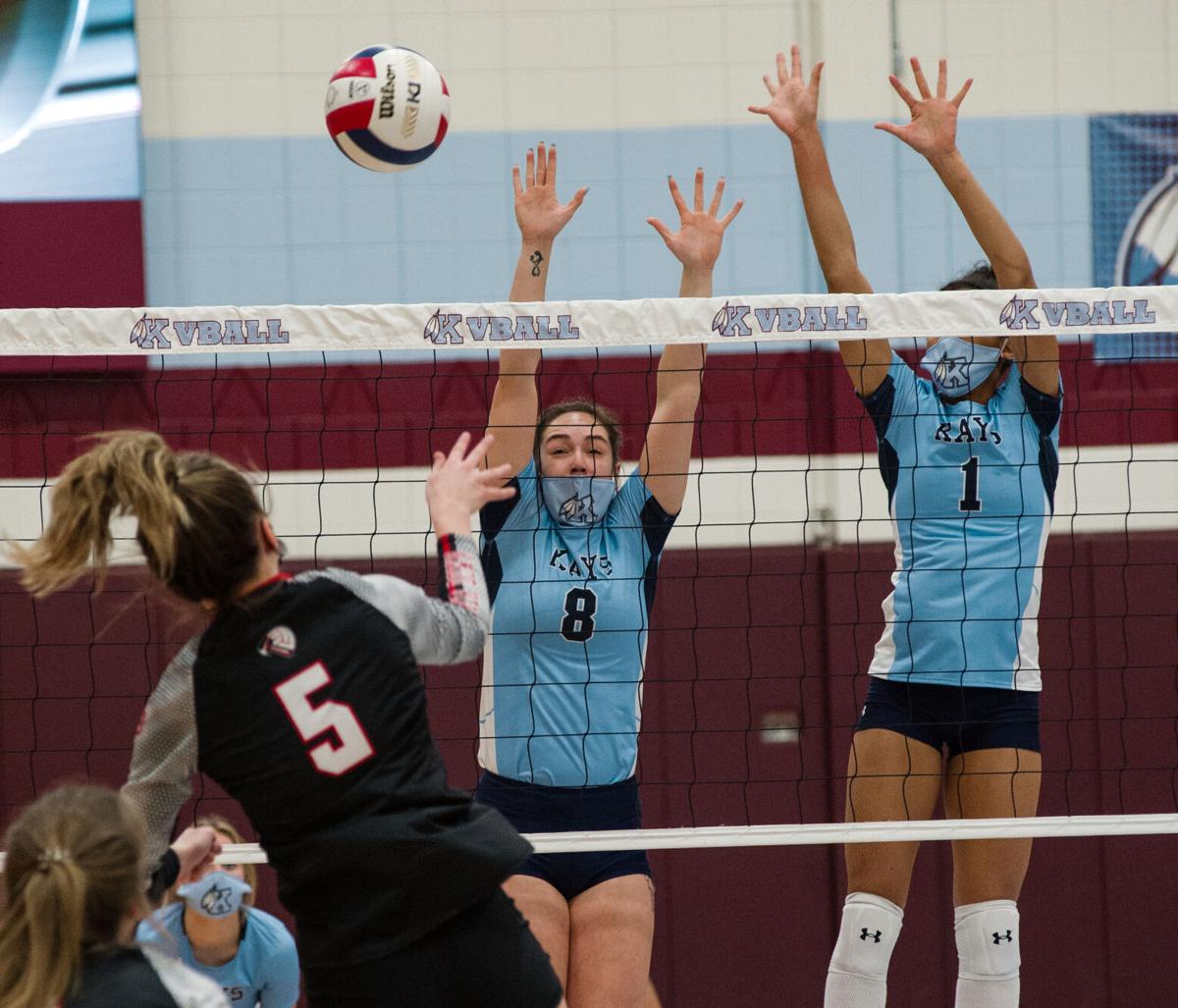 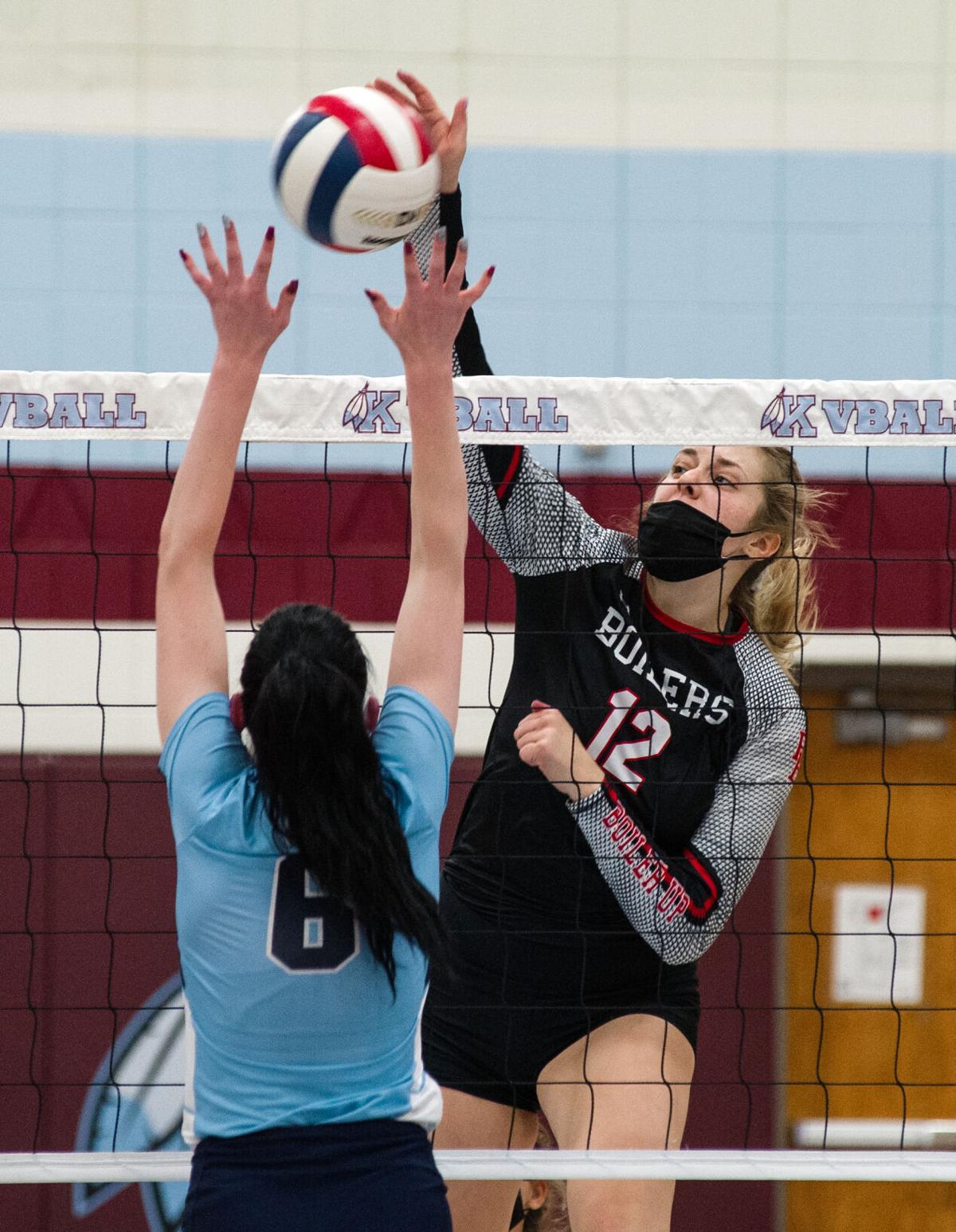 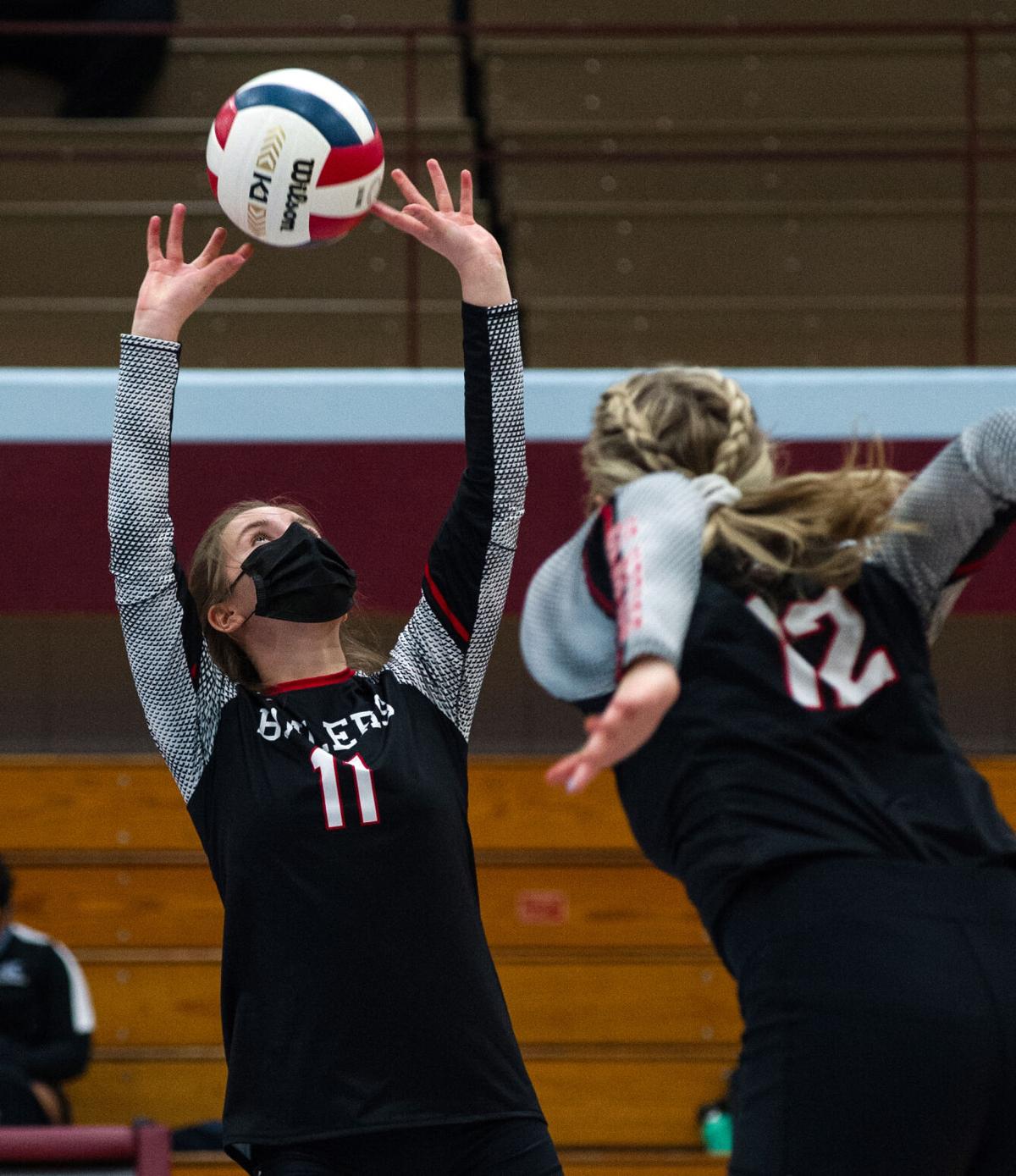 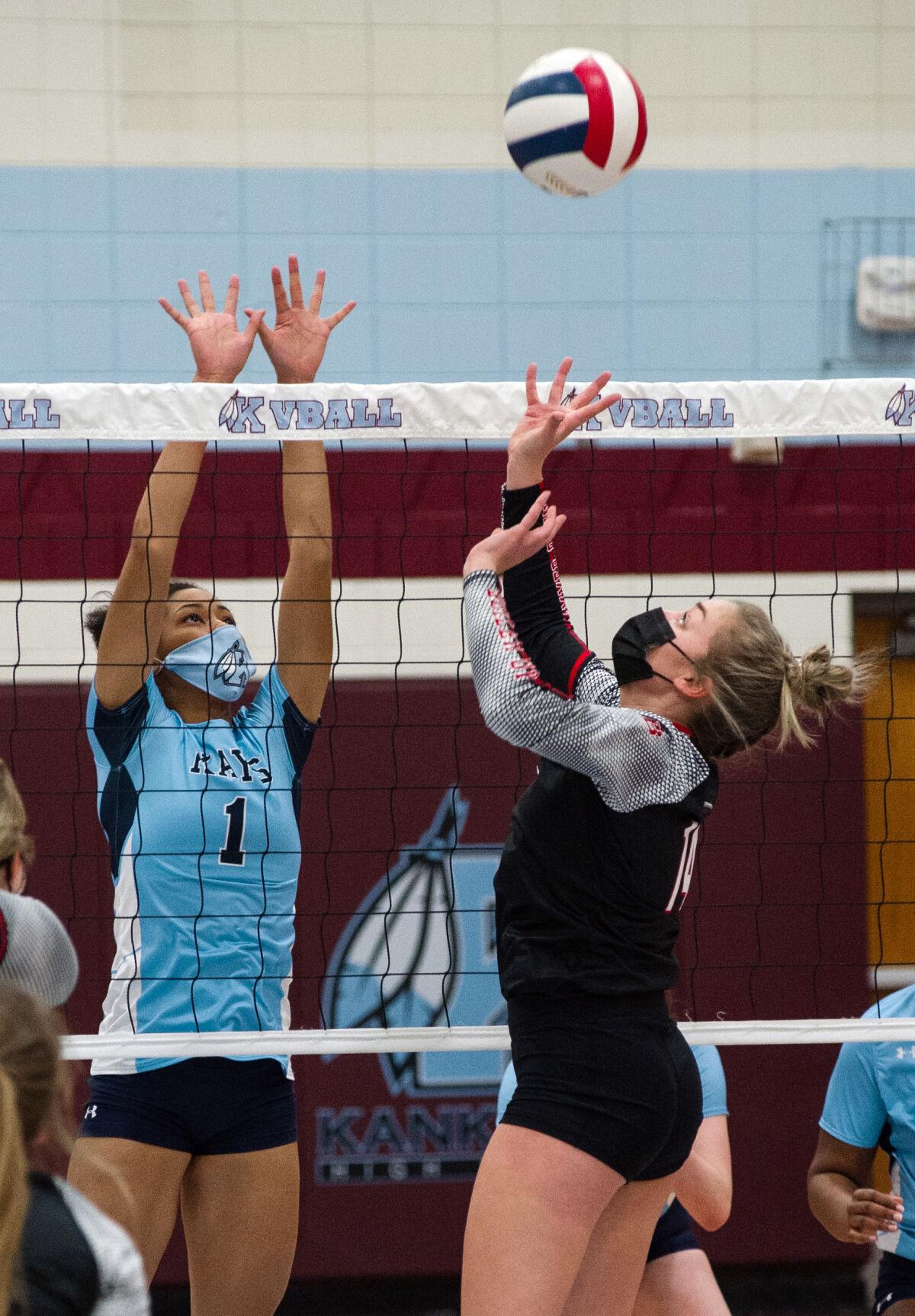 Bradley-Bourbonnais' Ella DeYoung reacts to a point won against Kankakee during Wednesday night's game at Kankakee.

KANKAKEE — Sometimes, the only thing a struggling team needs to do to turn things around is play one of its biggest rivals. And that’s exactly what Bradley-Bourbonnais, which entered Wednesday’s matchup against Kankakee (7-3) at just 1-5 overall, did when it came to the Kays’ home court and dominated them in straight sets, winning 25-10, 25-10.

“Every single one of our 14 girls got in tonight and did their job,” said Boiler coach Leigh Reiniche. “All of them were successful, which was awesome.”

Coming into their third straight match to begin the week, the Boilers were able to execute their game plan to perfection by attacking certain hitting zones, having their setters move the ball around and mixing up its attacks with spikes, tips, cross-court hits and more. It allowed Bradley-Bourbonnais to jump out to an early 8-2 lead in the first set after a solid ace by Payton Kohl, which forced Kankakee head coach Dennis Pommier to call the match’s first timeout.

“We were slow from the get-go,” Pommier said. “They moved their offense around nicely and used all their hitters, and we didn’t adjust to their cross-court shots. Bradley played with more intensity than we did.

“We got down our ourselves in the fist set, and I don’t think we ever recovered from that.”

Although the Kays came out and scored the first point out after the timeout, the Boilers quickly turned things back around with another big 8-2 run that put things at 16-5 after back-to-back aces by Tatum Reddy. This run was all the confidence Bradley-Bourbonnais needed to put the first set to rest by closing the match on another 9-5 run to take the fist set by 15 points.

“We gave them some runs, which was the one thing we didn’t want to allow them to do because then they just build off it, and it makes it harder for us to score points,” Pommier said.

With all the momentum on the away team’s side, Kankakee tried its best to turn things around in the second set. However, after the Kays got things knotted up at 4-4, the Boilers’ block of Madeline Heil and Avery Kemp proved to be too much for the Kays to overcome.

Heil and Kemp accounted for six points when the Boilers broke the 4-4 tie and went on a 13-3 run. Boilers setter Ella DeYoung routinely found the two playmakers in the home stretch, when the Boilers were able to eventually take the second set 25-10 to win in dominating fashion.

“Our passing was great tonight,” Kemp said. “So, personally, when that happens, as a middle hitter, that allows me to be successful because when our passes are in system, then our setters can set, and we can run a fast offense and be unstoppable.”

The impressive win against the Kays puts the Boilers at 2-5 this season. It drops Kankakee to 7-3 overall.

“Obviously, we don’t like losing in our area,” Kemp said. “That’s a big thing for us because we like to represent everyone that lives around here. So, I just feel like we come into every game positive, and we work together, and that’s how we win.”

Kemp led the Boilers offensive attack with a team-high 11 kills, six more than teammate Heil. Breanna Lamie had a team-high two aces to lead the Kays.

Bradley-Bourbonnais returns home for a SouthWest Suburban Conference match against Stagg at 6:15 tonight, and Kankakee will turn around and play Crete-Monee at 4 p.m. today.

The Bobcats got off to a hot start early and rode that wave to a 2-0 win against their RVC rivals.

VOLLEYBALL: Manteno rebounds with a dominant win over undefeated Herscher

VOLLEYBALL: Wilmington bounces back against Coal City after dropping the first set in heartbreaking fashion

Wilmington completed a comeback victory on the road against Coal City Tuesday.