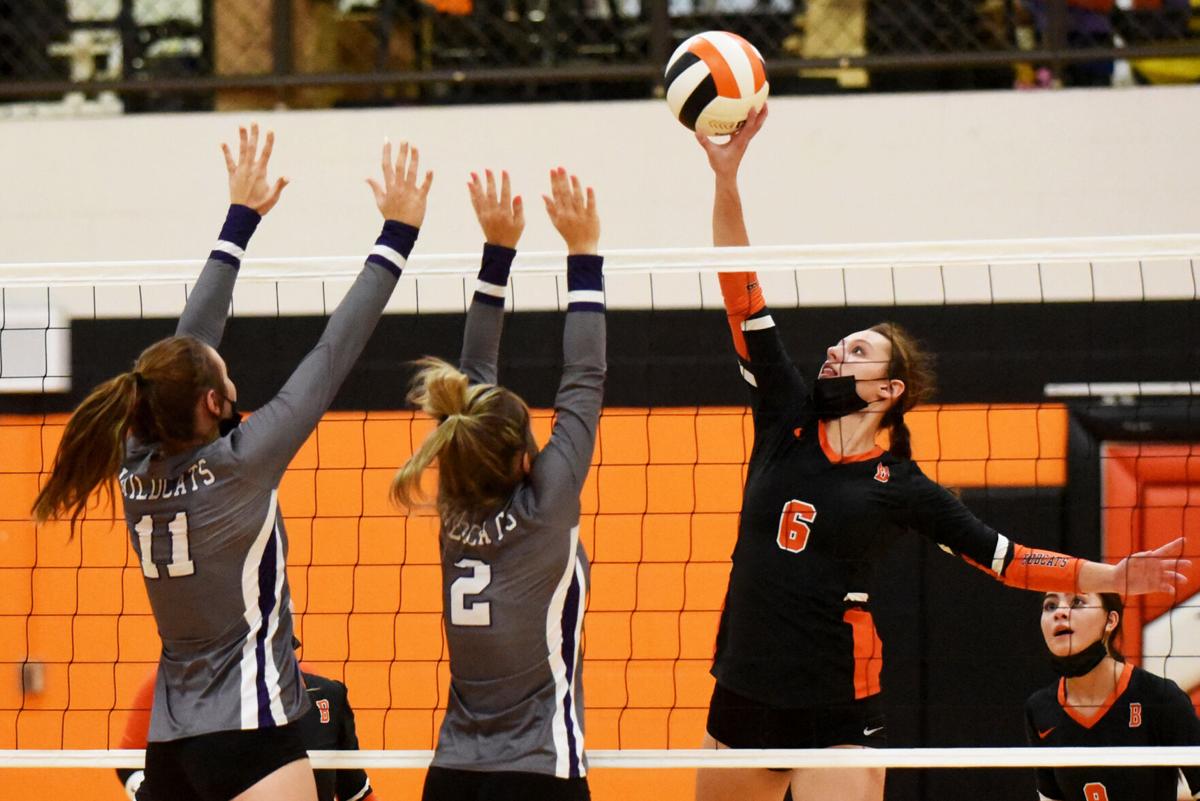 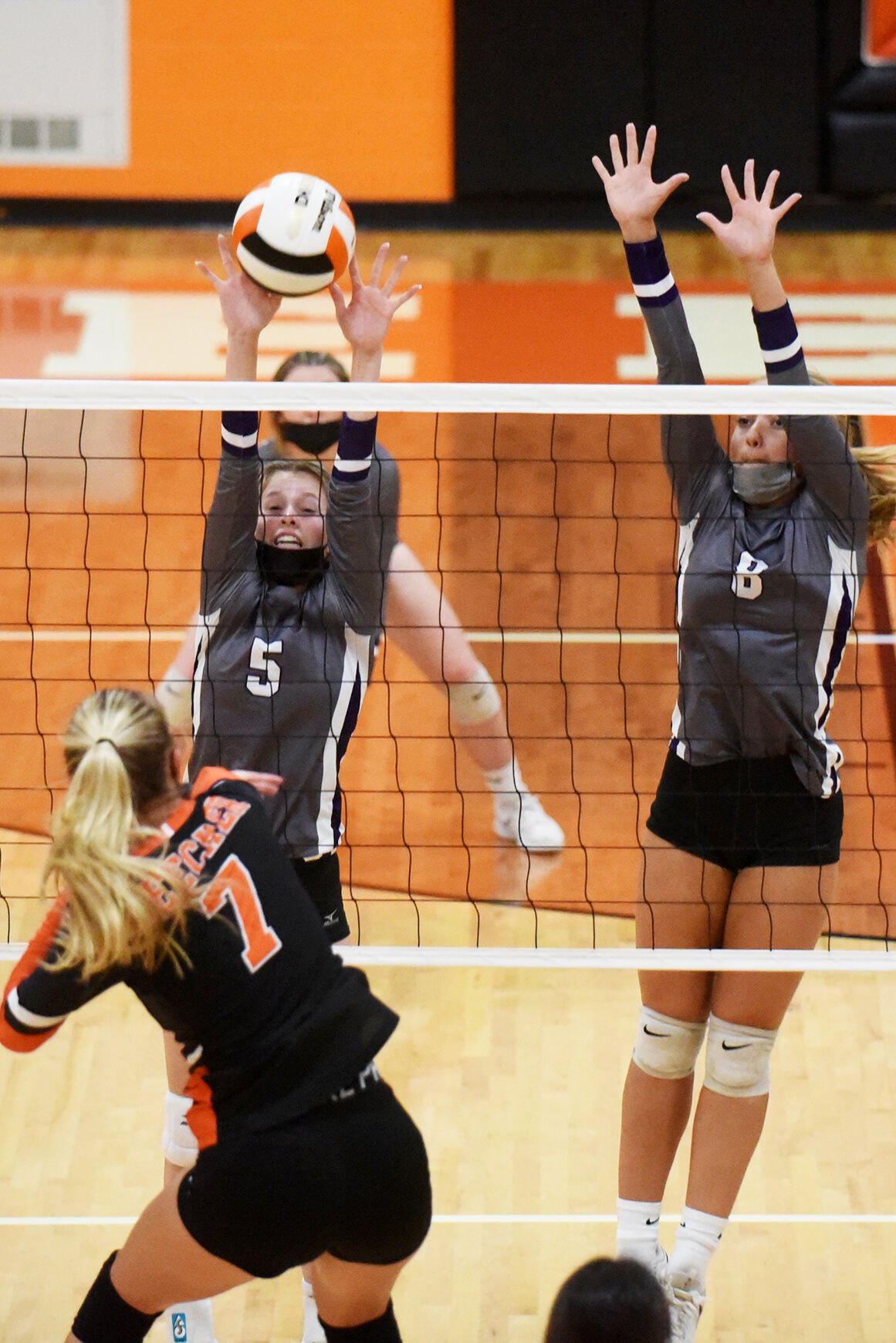 Wilmington’s Kate McCann (5) and Abbie Rampa (8) attempt to block an attempt from Beecher’s Cheyanna Stluka during Thursday’s match at Beecher. 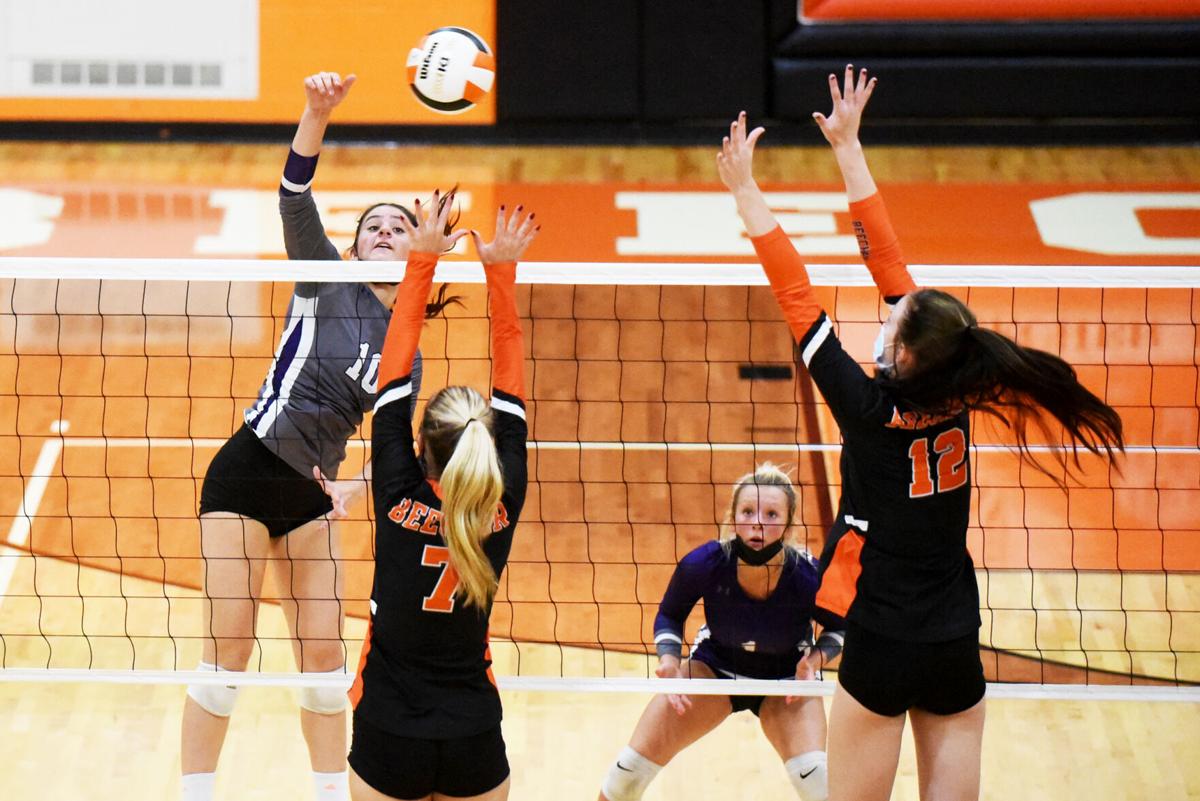 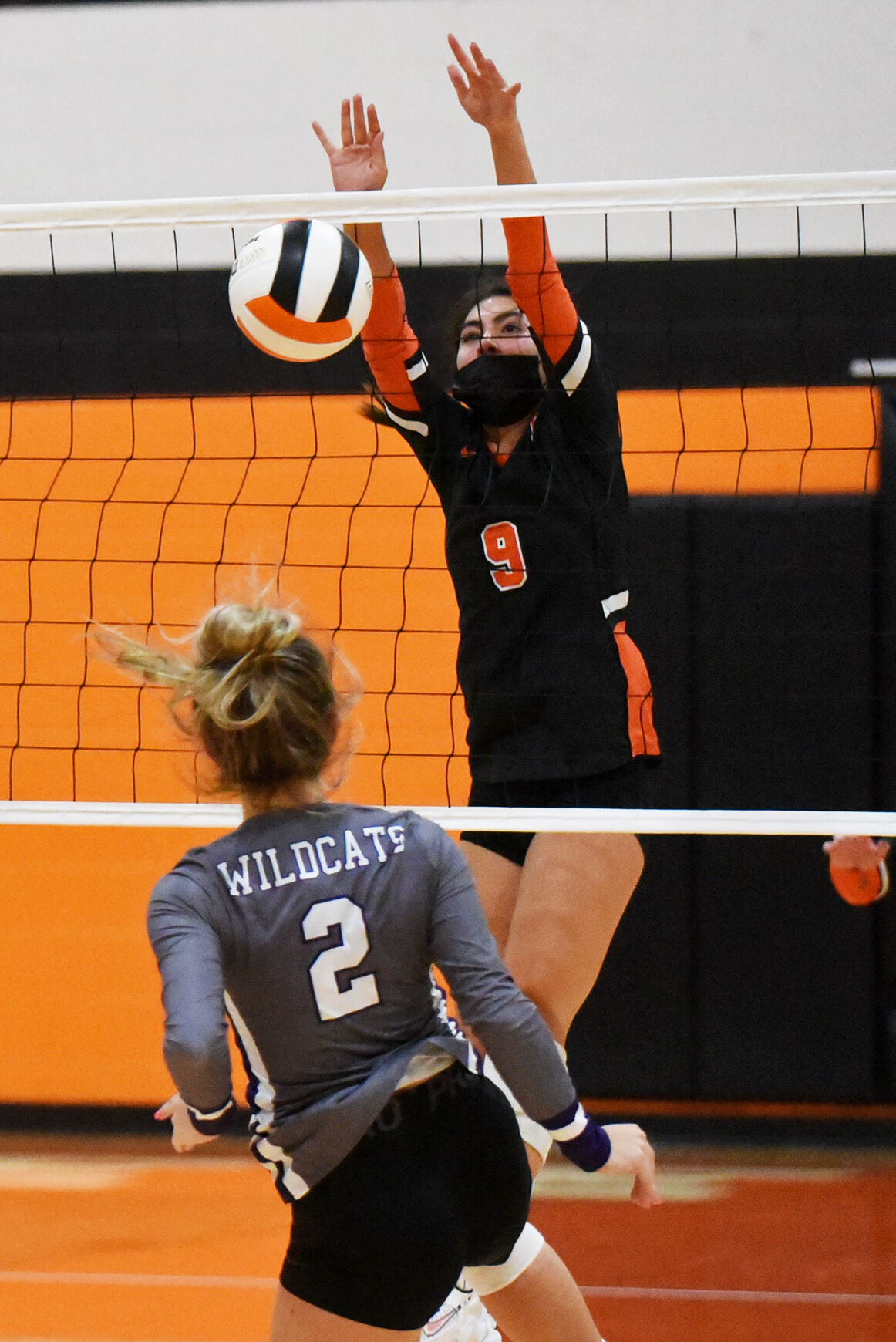 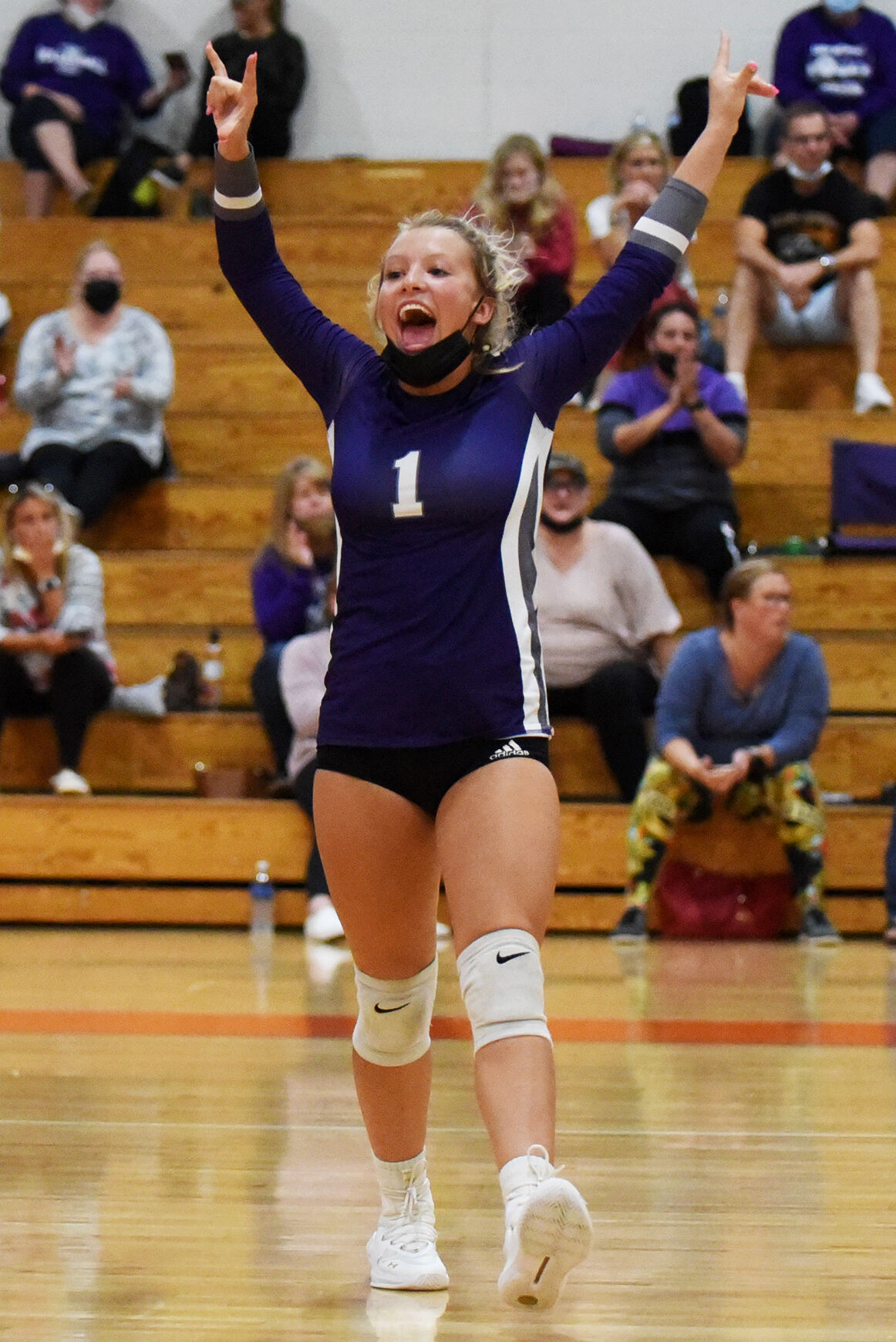 Wilmington's Leah Talley celebrates after the Wildcats scored a point during Thursday's match at Beecher. 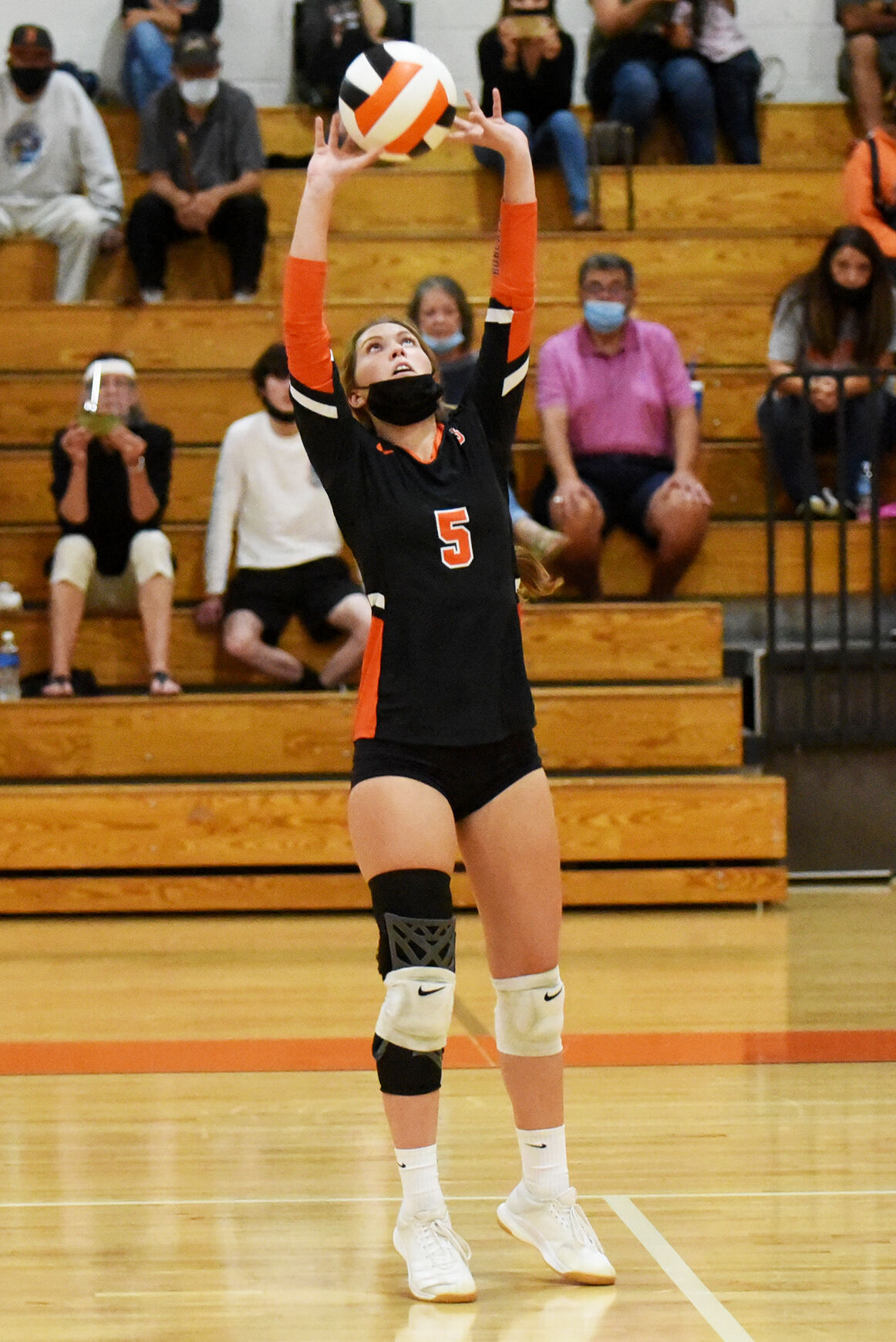 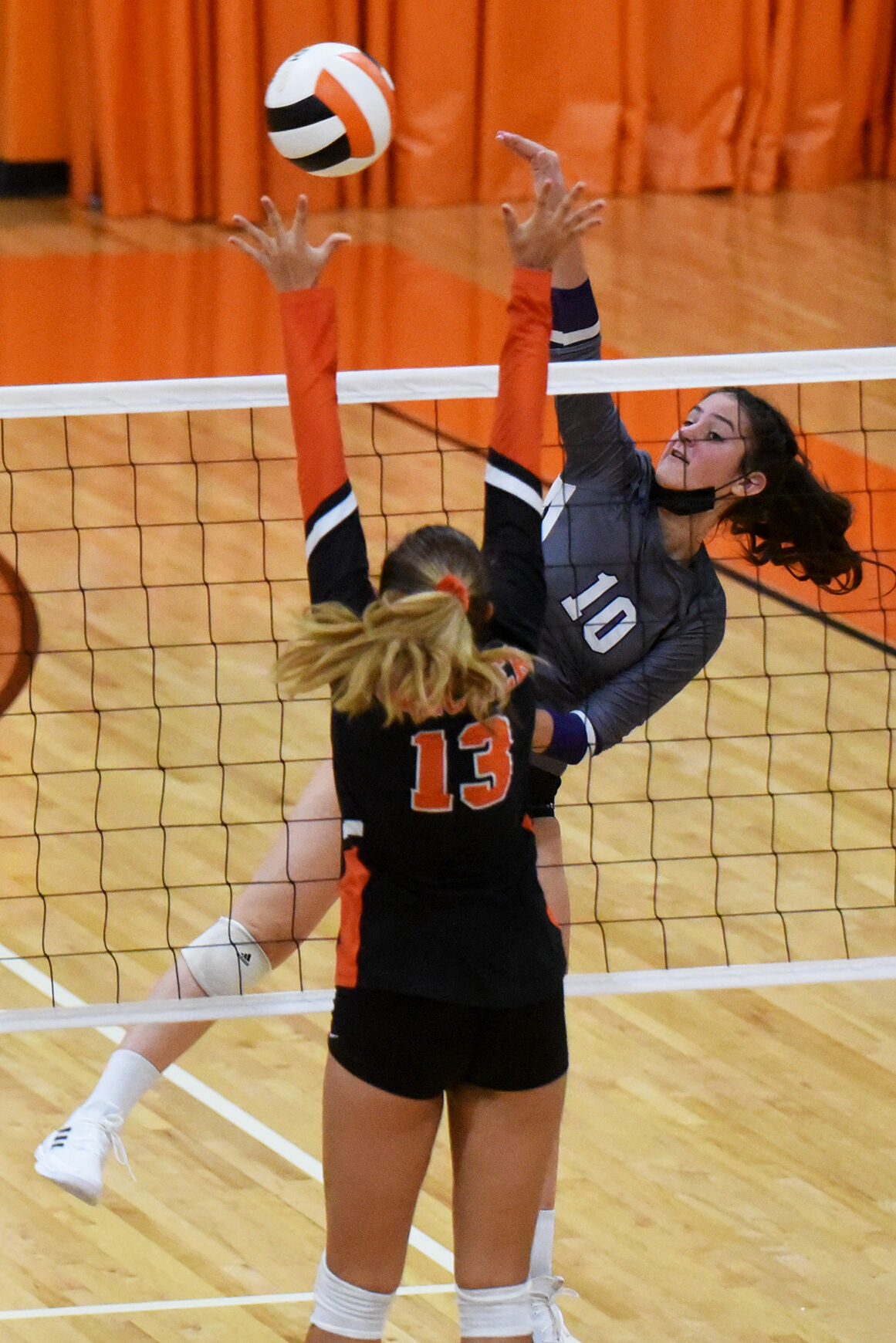 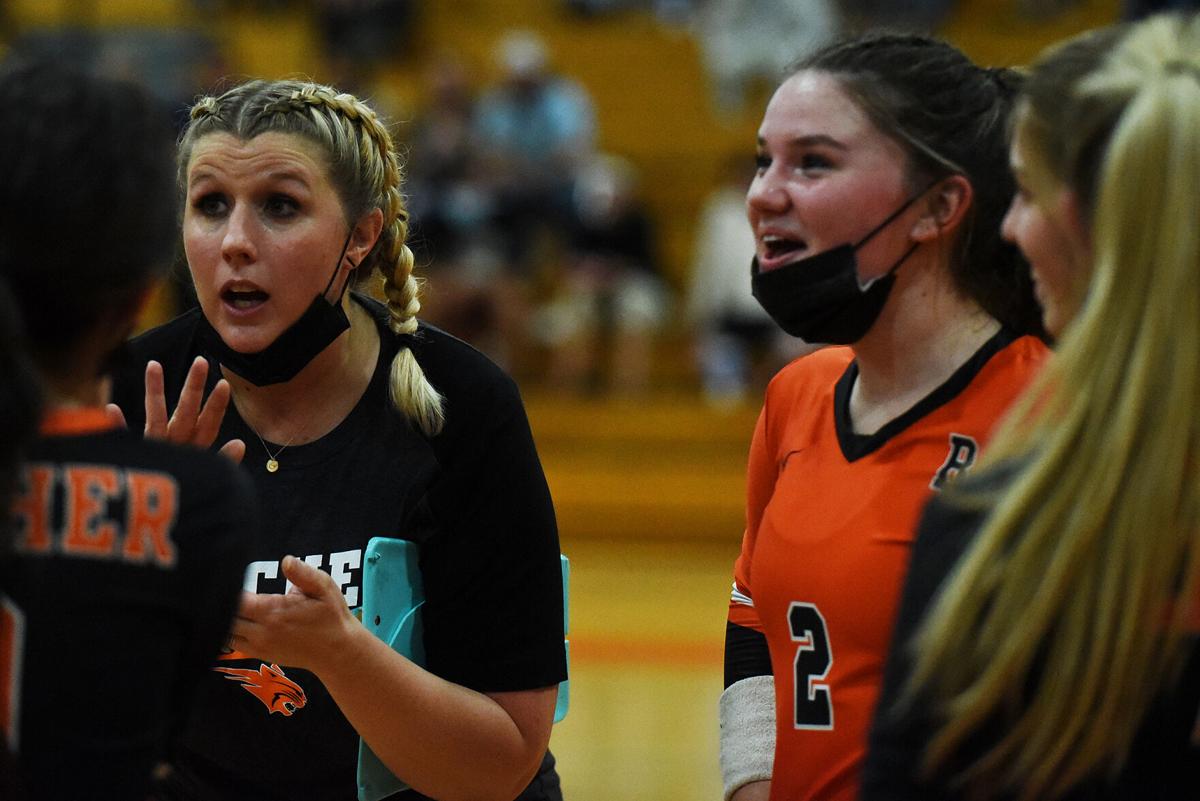 Wilmington’s Kate McCann (5) and Abbie Rampa (8) attempt to block an attempt from Beecher’s Cheyanna Stluka during Thursday’s match at Beecher.

Wilmington's Leah Talley celebrates after the Wildcats scored a point during Thursday's match at Beecher.

BEECHER — The volleyball season is hitting its stretch run, as postseason brackets began to be unveiled Friday afternoon and teams across Illinois are locked into conference championship battles with longstanding rivals.

But the teams ahead of the area’s two conferences, the River Valley Conference and Illinois Central Eight Conference, made time amidst the chaos to square off Thursday, as RVC-leading Beecher hosted ICE-leading Wilmington, a match that resulted in the hosts taking a 2-0 (25-8, 25-18) victory.

“We set up our whole week for this — [the team] knew it was going to be tough,” Beecher Bobcats coach Emily Hoekstra said. “We had beat them in two sets in the Manteno Tournament (two weekends ago), but that was a Saturday morning tournament and so we knew we needed to be ready.”

The Bobcats were ready from the jump, building a commanding lead early in the first set, fueled early by a 10-1 run that helped them pull ahead 11-3 and force an early Wildcats timeout.

They only netted two aces on the night, one apiece from Abby Sippel and Cheyanna Stluka, but the Bobcats’ ability in the serving game largely prevented Wilmington from getting in a routine offensive rhythm.

“[The Wildcats] have very strong headers all the way across, so if they’re kind of out of sequence they can’t run [their system],” Hoekstra said. “That’s why I had the girls spot serve, and my girls are very good at placing the ball, and finding those open areas to make the girls move to.”

The Bobcats went on to win the first set with ease, but the Wildcats showed a huge surge of their own when the second set began. Wilmington coach Alexis Gilbert pointed to her girls loosening back up and enjoying themselves a bit as they traded points and rallies through the first half of the second set, trailing 13-12.

“I told the girls we just needed to get back to having fun,” Gilbert said. “The first set we made a few errors, and sometimes when we make errors, we just kind of shut down.

“I told the girls we needed to stop playing as individuals, we needed to get back to playing as a team and not dwelling on those mistakes so much, and I think that made a huge difference.”

But the Bobcats, led by Rhiannon Saller’s nine blocks and nine kills up front, were able to once again pull away down the stretch for a 25-18 win in the second set.

Kate McCann and Bella Reyes each had three kills for Wilmington. Leah Talley had four digs, one more than Reyes and Anna Liaromatis had. Liaromatis had three assists and Neve Van Duyne had four assists.

The win improved the Bobcats to 17-2 on the season, with their 9-0 RVC mark a game ahead of Illinois Lutheran ahead of the RVC Tournament that begins next week with a matchup still to be determined Thursday, as well as another prime nonconference showdown with Milford Friday at 5 p.m. Friday.

The Wildcats (13-11, 8-2 ICE) have a half-game lead over Coal City and one game lead over Manteno in the conference. They’ll visit Reed-Custer at 7 p.m. Tuesday.