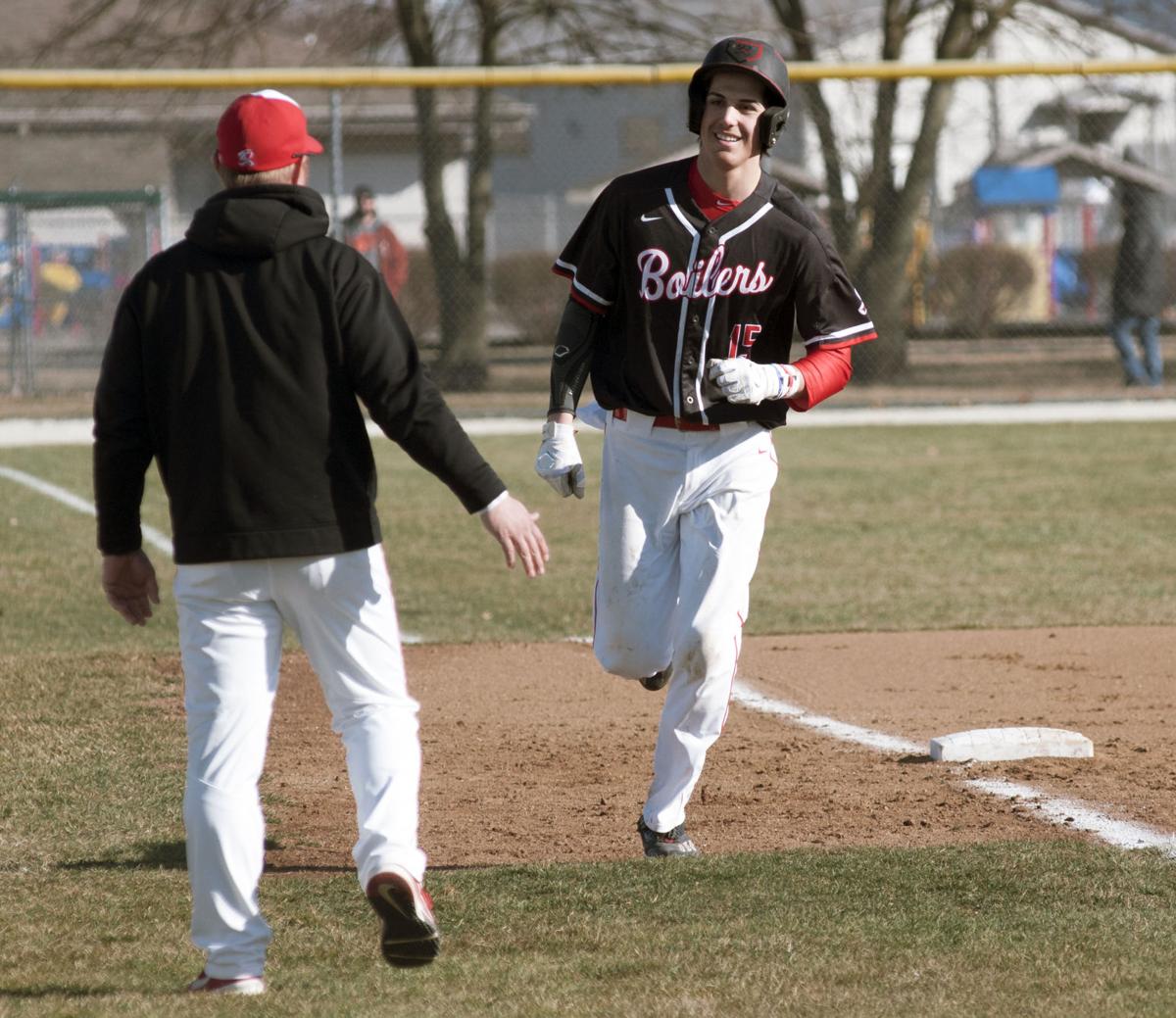 Bradley-Bourbonnais’ Alex Rodriguez rounds third base after a home run against Bishop McNamara last season. Rodriguez will continue his baseball career as a pitcher at Valparaiso University next season. 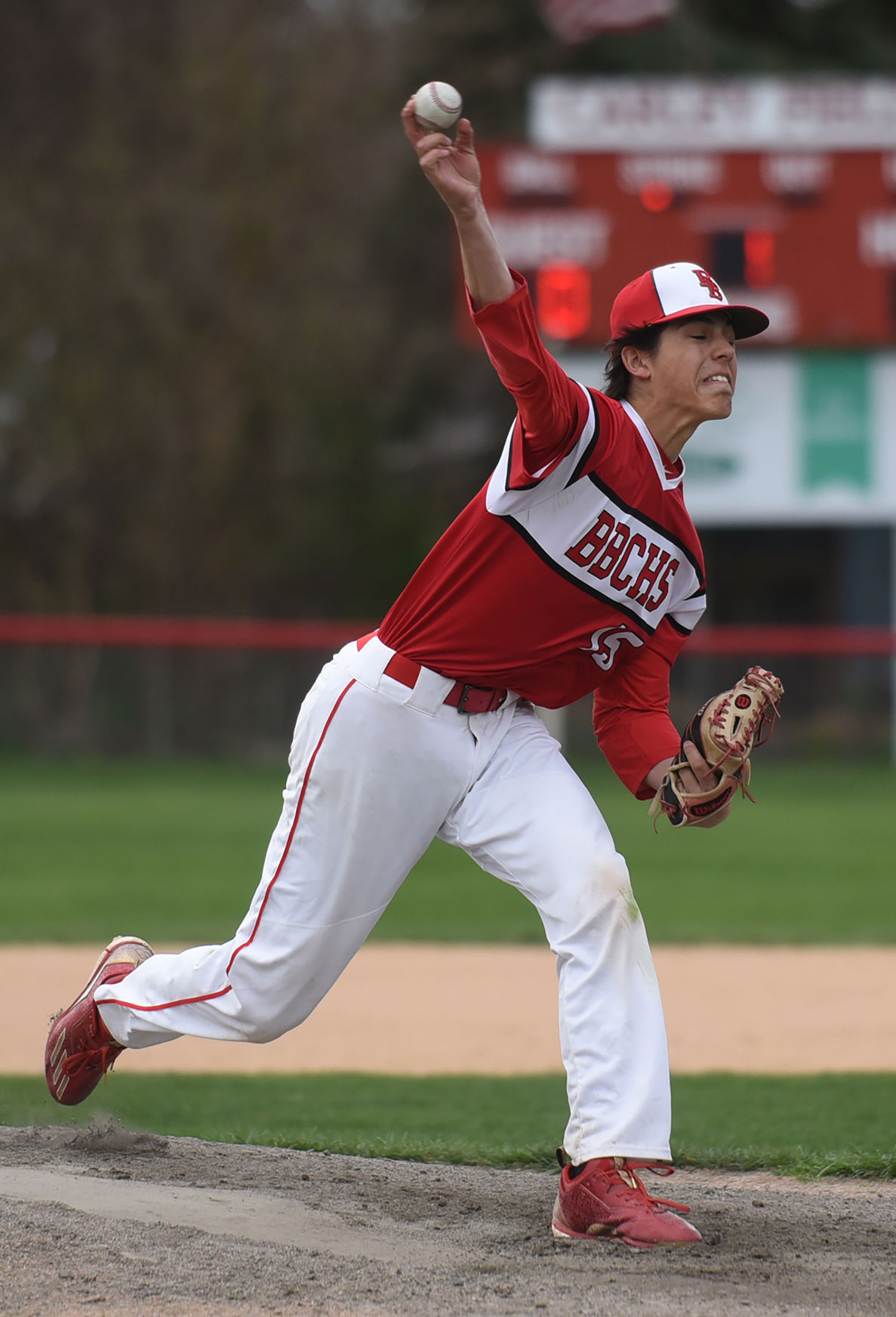 Bradley-Bourbonnais’ Alex Rodriguez rounds third base after a home run against Bishop McNamara last season. Rodriguez will continue his baseball career as a pitcher at Valparaiso University next season.

Bradley-Bourbonnais pitcher Alex Rodriquez worked extensively this offseason in hopes of having a dominant senior season. He lived in the gym during the fall and winter, only for his last ride to get canceled by the coronavirus.

And despite not getting a chance to show off his progress this season, Rodriguez still feels as though his work has paid off because it’s better prepared him for Valparaiso University, where he will be a freshman in the fall.

“I’d say I’m really prepared to head to Valparaiso because I prepared myself really well leading up to my senior season,” Rodriguez said. “I gained about 25 pounds of muscle due to working out in the gym every day, and since my senior season got canceled, I’ve kind of been doing the same stuff, just at home now.”

The right-handed pitcher sits at about 88 to 90 miles per hour with his fastball and also offers a curveball and changeup for off-speed pitches. He will be continuing his pursuit of playing in the MLB by attending an NCAA Division I baseball program in the Crusaders.

“It feels good to head to Valparaiso; I’m looking forward to it,” Rodriguez said. “It’s always been a dream of mine to play college baseball, so the fact that I get to do that, I’m blessed.

“I worked really hard to get to where I’m at, and I’m just ready to get there and get to work.”

Bradley-Bourbonnais baseball coach Brad Schweigert knows how passionate the aspiring business finance major is about baseball, so he said he believes Rodriguez will succeed in his first season as a Crusader despite any extra-eligibility seniors who will return.

“I think it’s going to be tough for any freshman going in right now with the way things are,” Schweigert said. “Seniors can come back and elect to take that extra year of eligibility, so he’s kind of walking into a tough situation, but with his work ethic and potential, I think that’s the No. 1 thing Valparaiso saw with him. He passes the eye test.”

Last season as a junior, Rodriquez slashed .346/.866/.442 with 10 RBIs and a home run while playing in the outfield. On the mound, he threw a total of 30 2/3 innings and finished with a 5-3 overall record in eight appearances. He had a 4.79 earned run average with 29 strikeouts and 17 walks. This all came in the red division of one of the toughest conferences in the state, the SouthWest Suburban Conference.

“I think one of the top things Alex has is that he has a pitcher’s body,” Schweigert said. “He’s a long, lanky, strong kid. ... I was super excited to see that jump of velocity he was going to have this season … but it comes down to his work ethic and dedication to his craft.”

Rodriguez has taken this extra time in quarantine to really work on his off-speed pitches, something he continues to work on as society attempts to ease its way back to normalcy. He wants to get more consistent throwing and locating them, which is why he’s been extensively working on his curveball delivery.

“I’ve been working on my curveball, and I’m trying to get a more consistent break on it,” Rodriguez said.

Aside from getting a dedicated student-athlete, Valparaiso is also getting a good human being. During his years at BBCHS, Rodriguez stayed out of trouble and worked with after-school programs such as “Best Buddies,” which helps kids with disabilities.

Kids similar to Rodriguez don’t come around very often. Being just as good off the field as on the field is something hard to come by, and Schweigert said he will miss Rodriguez in the locker room.

“I will miss his leadership,” Schweigert said. “He did a phenomenal job taking form his junior year to senior year. He put time into the weight room and offseason work, showing the younger guys what it looks like to go to a Division I school.”

Out of all the fond memories and friendships made during the past four seasons, Rodriguez had one moment that stuck out more than the rest — when he was on the bump at DuPage Medical Group Field in Joliet.

“My favorite moment came last season when we beat Lockport at the Joliet Slammers’ stadium,” Rodriguez said. “Everyone was really into that game, and it was really high energy throughout. I was pitching that game, and luckily we got the win.”

Rodriguez is most looking forward to meeting new friends and continuing his pursuit of his childhood dream.

“I’m most looking forward to making new friends while playing baseball,” Rodriguez said. “And hopefully preparing myself for the next step, which is getting drafted.”