Free access for current print subscribers
Get Started
You are the owner of this article.
Edit Article Add New Article
You have permission to edit this article.
Edit
Home
News
Sports
Opinion
Life
Obituaries
Calendar
Jobs & Classifieds
Lifestyles of Kankakee County
1 of 8 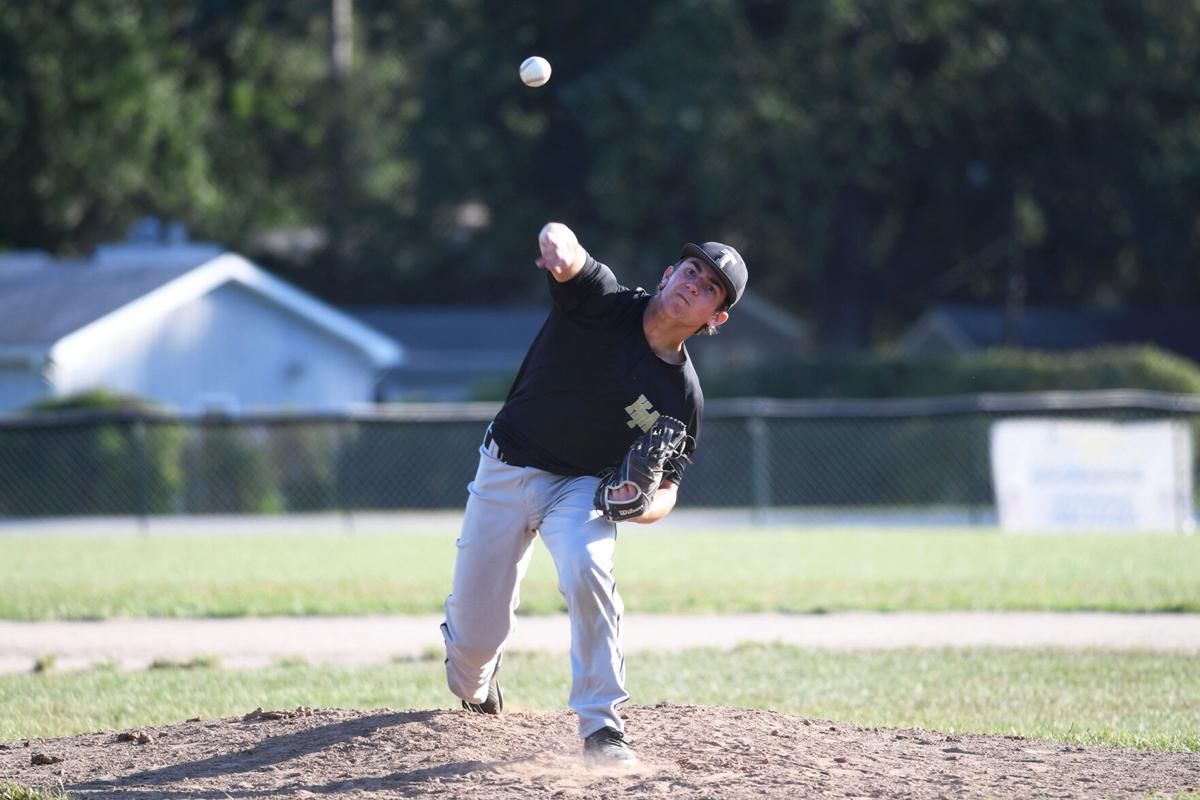 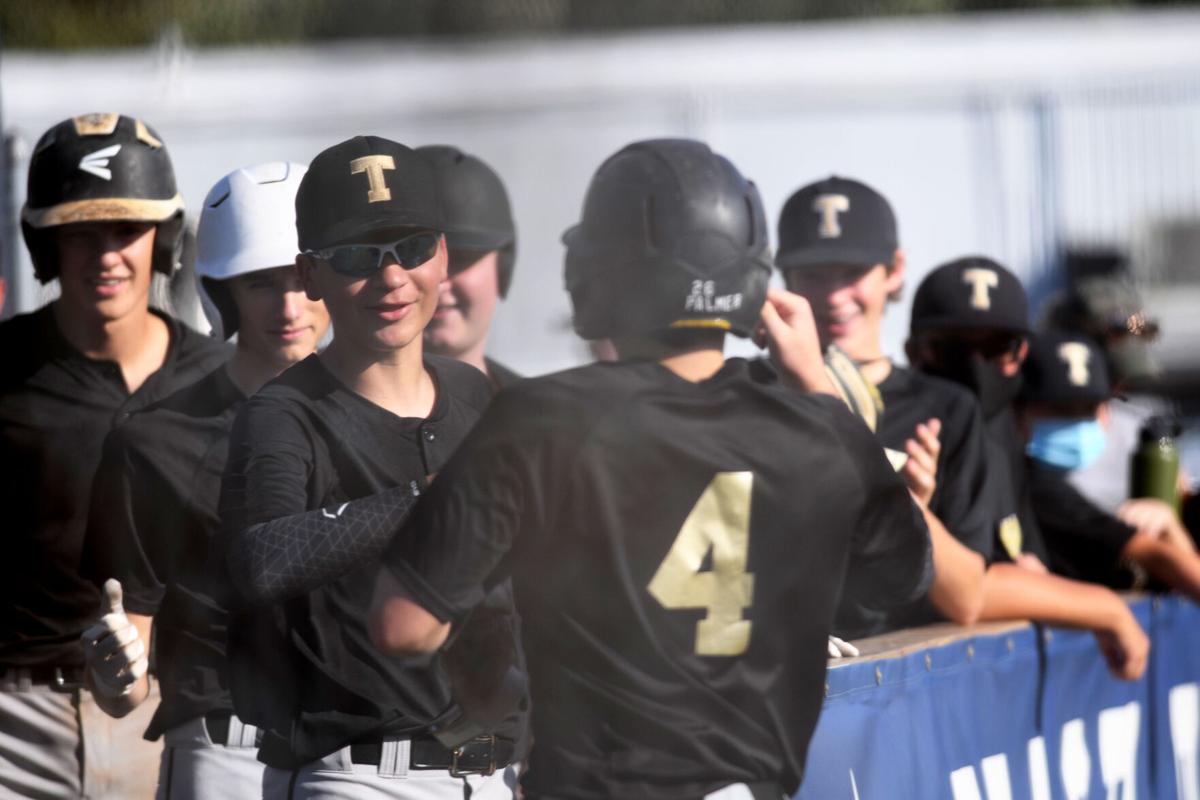 Kankakee Trinity Academy players celebrate a home run by senior Ryan Palmer as he returns to the dugout Thursday during the Eagles’ victory against Grace Christian Academy. 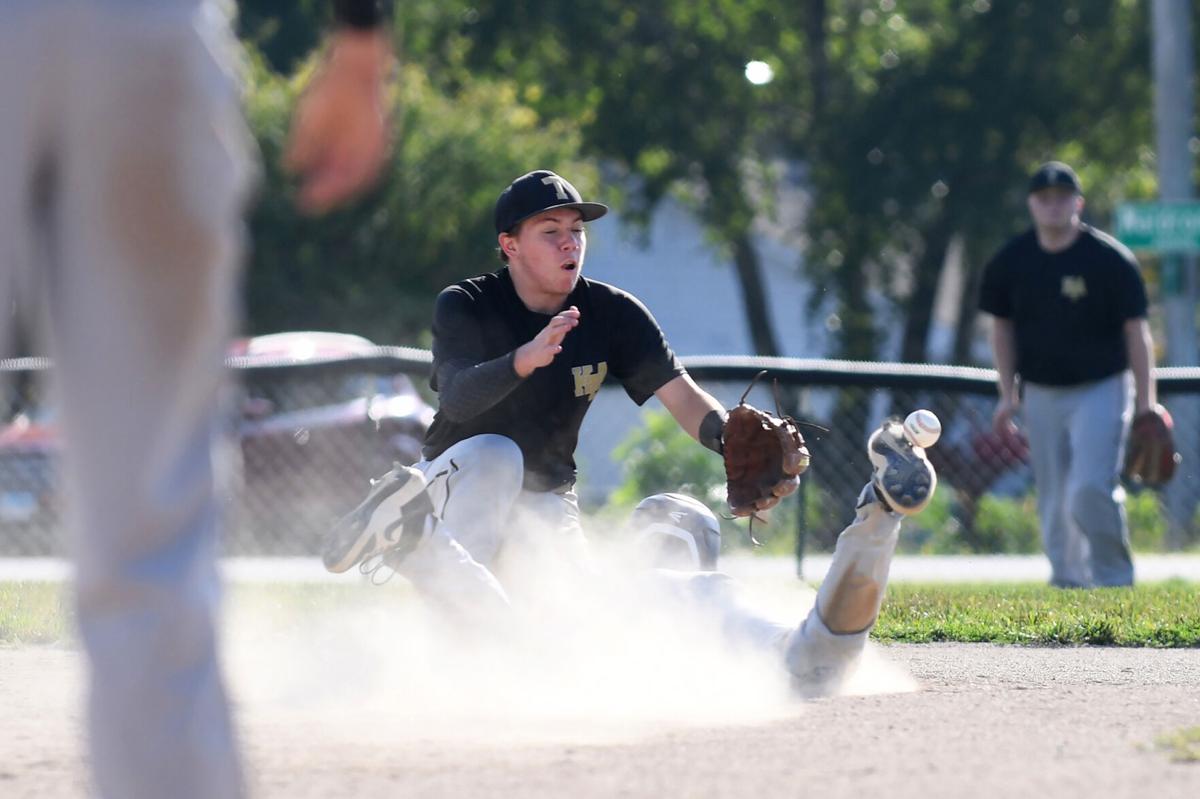 Trinity senior Ryan Palmer reaches for the throw to second as the ball hits the foot of Grace Christian Academy’s Caleb Dandurand on Thursday during Trinity’s victory against the Crusaders. 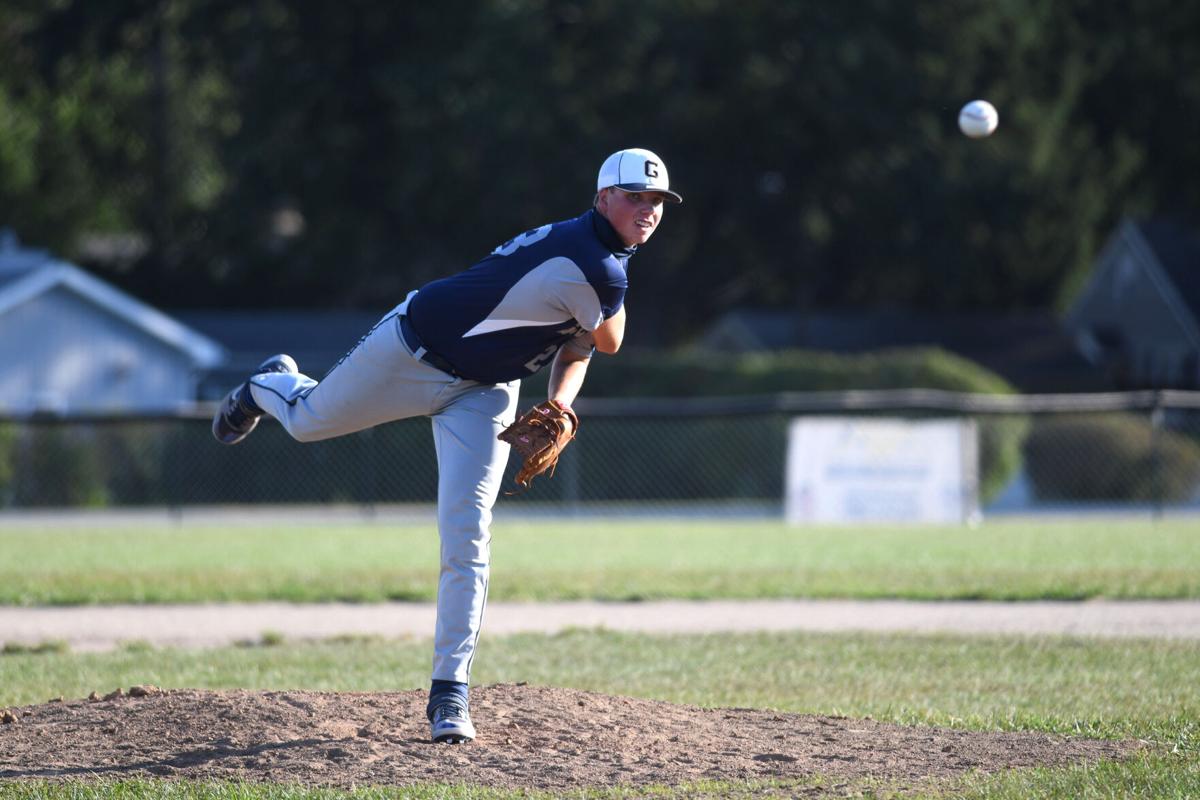 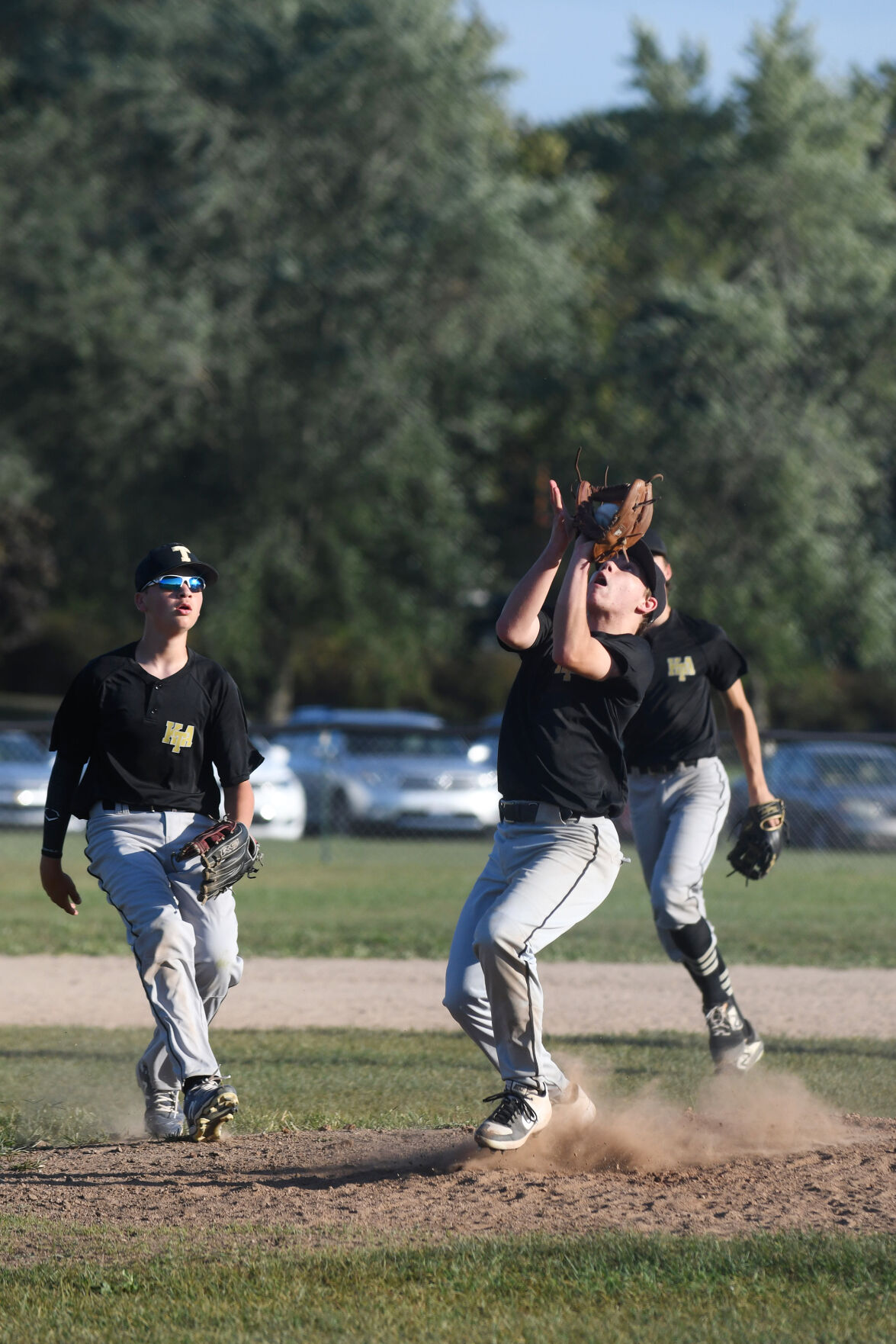 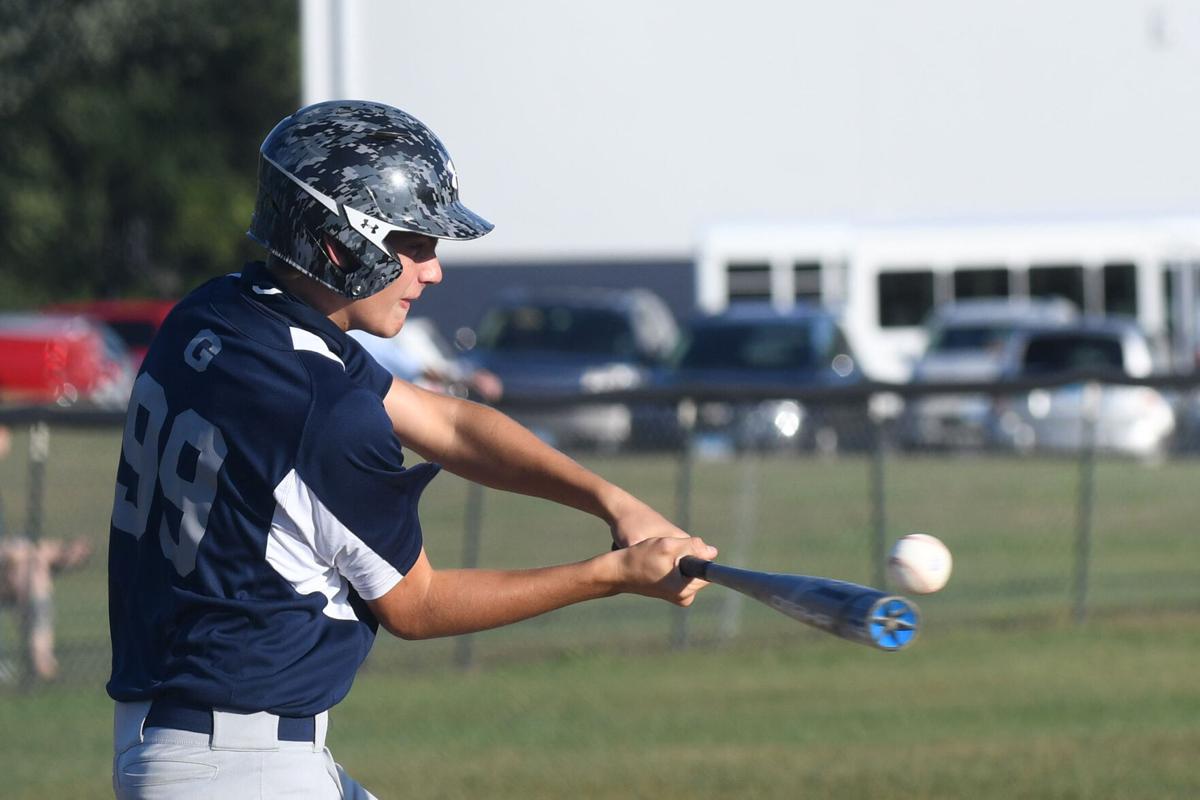 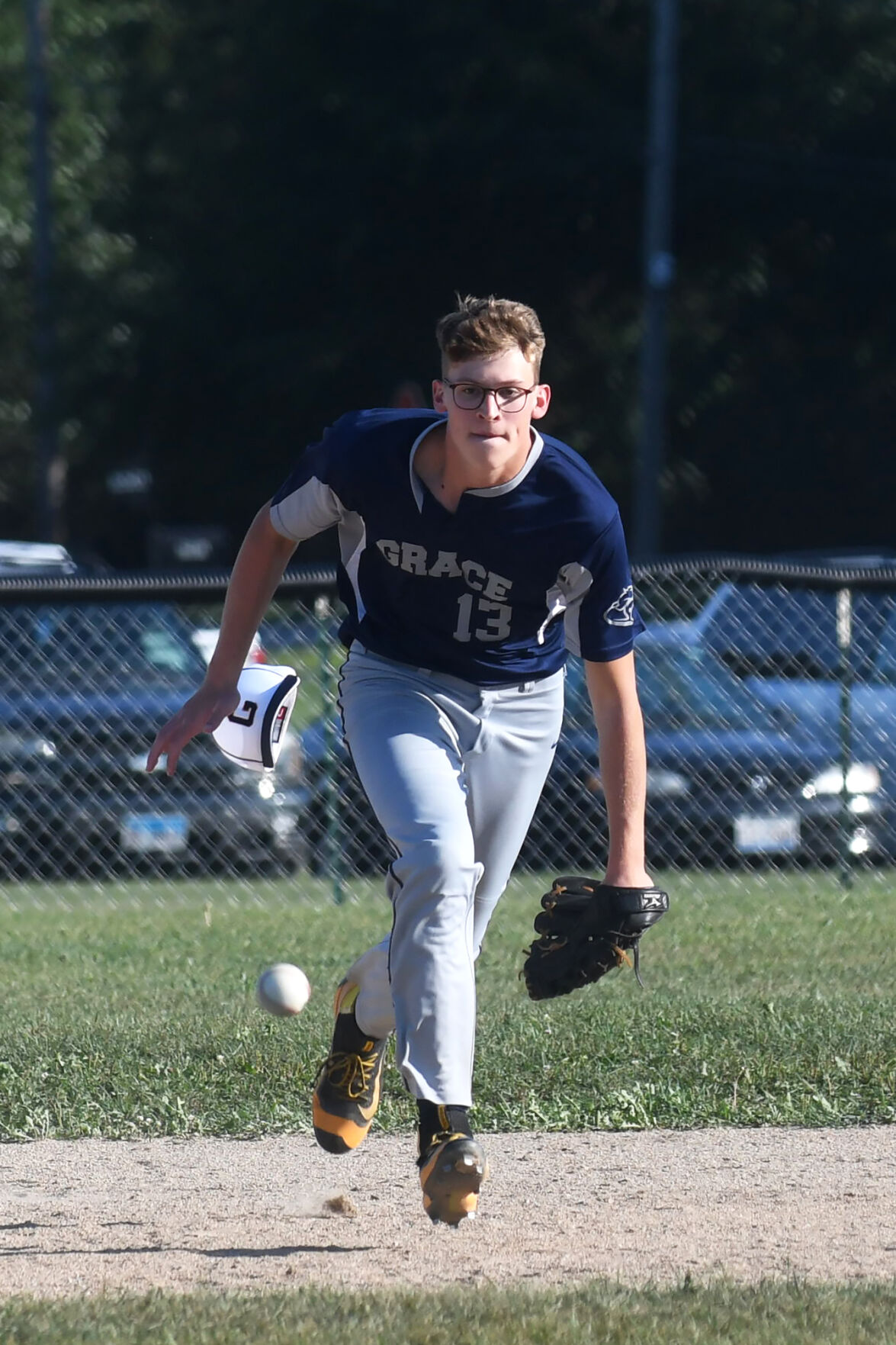 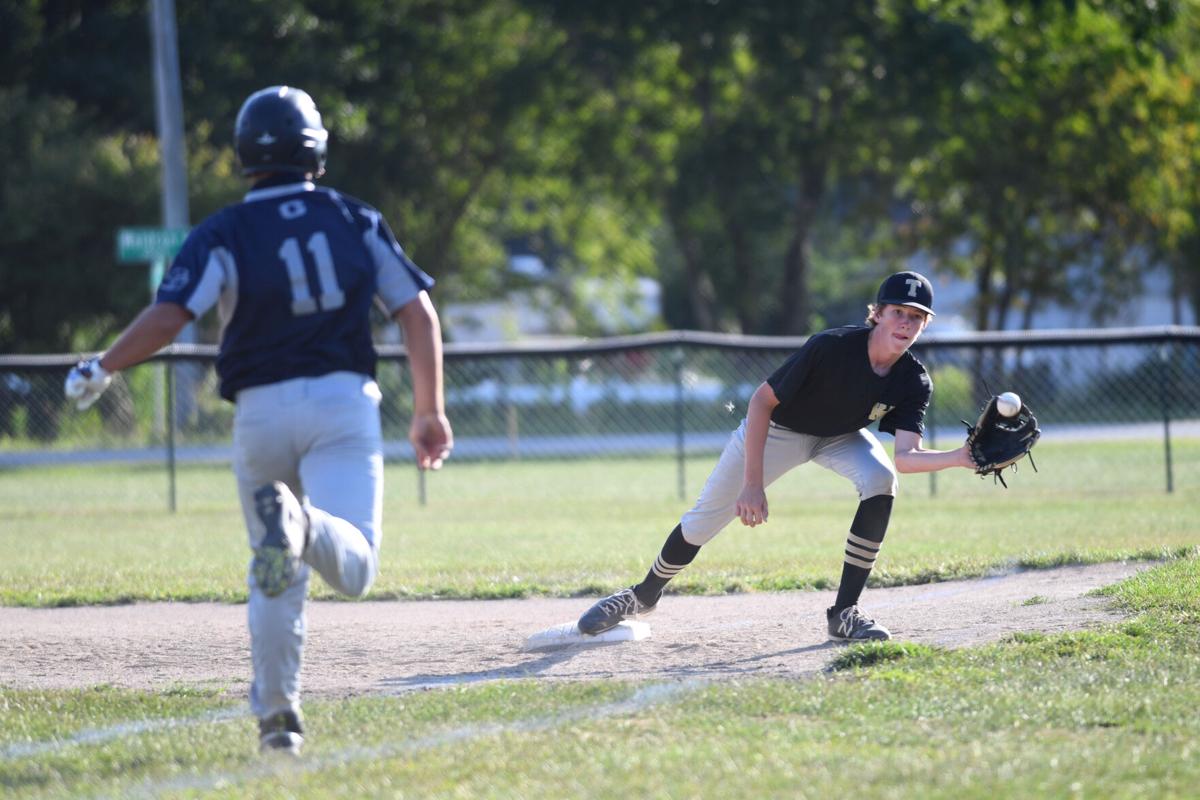 Kankakee Trinity Academy freshman Rosey Guastalli catches a throw to first ahead of Grace Christian Academy’s Sashko Robertson on Thursday during Trinity’s victory over the Crusaders.

Kankakee Trinity Academy players celebrate a home run by senior Ryan Palmer as he returns to the dugout Thursday during the Eagles’ victory against Grace Christian Academy.

Trinity senior Ryan Palmer reaches for the throw to second as the ball hits the foot of Grace Christian Academy’s Caleb Dandurand on Thursday during Trinity’s victory against the Crusaders.

Kankakee Trinity Academy freshman Rosey Guastalli catches a throw to first ahead of Grace Christian Academy’s Sashko Robertson on Thursday during Trinity’s victory over the Crusaders.

Prep baseball, as well as the other typical spring sports, had its season canceled in March because of the coronavirus pandemic. Rather than waiting a year to play again, a few area schools have gotten together for a fall baseball season, an allowance for Illinois for schools that don’t offer football programs.

For Trinity and Grace Christian, the time of year didn’t matter; they were just happy to be able to play ball, which is exactly what happened at Grace on Thursday. The Eagles scored early and often to the tune of an 18-1 victory, but for Trinity head coach Scott Kendregan, the results were secondary to just getting back on the diamond.

“Its unusual, but I tell myself the temperature is the same as the spring,” Kendregan said. “And I was happy to get out here, and the guys were happy to be playing.”

Both squads were looking to get their feet wet, given they have pretty inexperienced teams, which include five freshmen each. However, it was Trinity that showed up with the bats, busting out for 12 runs in the first two innings.

“It’s nice to see my boys hit the ball and get the jitters out,” Kendregan said. “We’ve got a lot of youngsters and two or three real strong guys that are older that came back from last year’s team, but we do have a lot of youth, so it was good to see them get a little playing time and build the confidence.”

In the top of first inning, Trinity capitalized on Grace Christian’s first-game jitters by putting up a six spot, thanks to some Crusaders errors and wild pitches.

Trinity starting pitcher Caleb Kendregan then carried the Eagles’ momentum onto the mound, shutting the Crusaders down in two innings of work on the bump, recording all six outs via strikeout.

Thanks to Caleb Kendregan’s strong outing, the Eagles were able to add six more runs in the bottom of the second and completely shut out the home crowd. Senior Ryan Palmer led things off by hitting the first home run of the season after taking Grace starter Zach McGuirt deep to left-center field. Trey Blanchette followed by hitting a two-run single to put the game out of reach early.

Senior Zane Gadbois added two home runs in the fourth and fifth innings to seal the first victory of the season for the Eagles. Gadbois dedicated his bombs to the nice fall weather.

“It was really fun to come out and play this fall, especially with COVID-19 going on,” Gadbois said. “It’s definitely warmer; it’s nice without playing in the cold and having the bat sting you.”

As for the Crusaders, they just didn’t seem as though they came ready to play, which partly is because of the inexperience of the team as well as the lack of competition they have had from canceling and moving sports seasons around.

“Our team did not come out to play today,” Grace Christian coach Jeff Cross said. “I don’t know what they were thinking, but I can go to this — none of our kids have competed for almost two years. The last time some of them competed was basically basketball last winter.

“So whatever competition edge they had was muffled, and we’ve got to go out and find that again.”

McGuirt was the only Crusader who managed to secure a hit Thursday, squaring up a solid double. Grace Christian struggled to put the bat on the ball, with 13 strikeouts as a team at the plate.

“Obviously, we are full of freshman; we have five freshmen on the team and two seniors on the squad, but they haven’t played baseball,” Cross said. “So, we are looking at seven to eight kids who don’t know any part of the game right now.”

Going forward, Coach Cross wants to put an emphasis on his pitching staff, which struggled in its first outing. Between McGuirt, Miles Schaafsma and Braden Dandurand, they combined to give up 12 hits, seven walks and 11 earned runs.

Although it wasn’t the performance Cross wanted to see from his squad, he said he was just happy to see his guys out there on the field.

Gadbois went 2-4 with two home runs and five RBIs. Both Palmer and Blanchette added two hits for two RBIs each. Kendregan pounded the zone, throwing 38 pitches, 21 of them for strikes, in two innings of work, during which he finished with one walk, two hit batters and six strike outs.