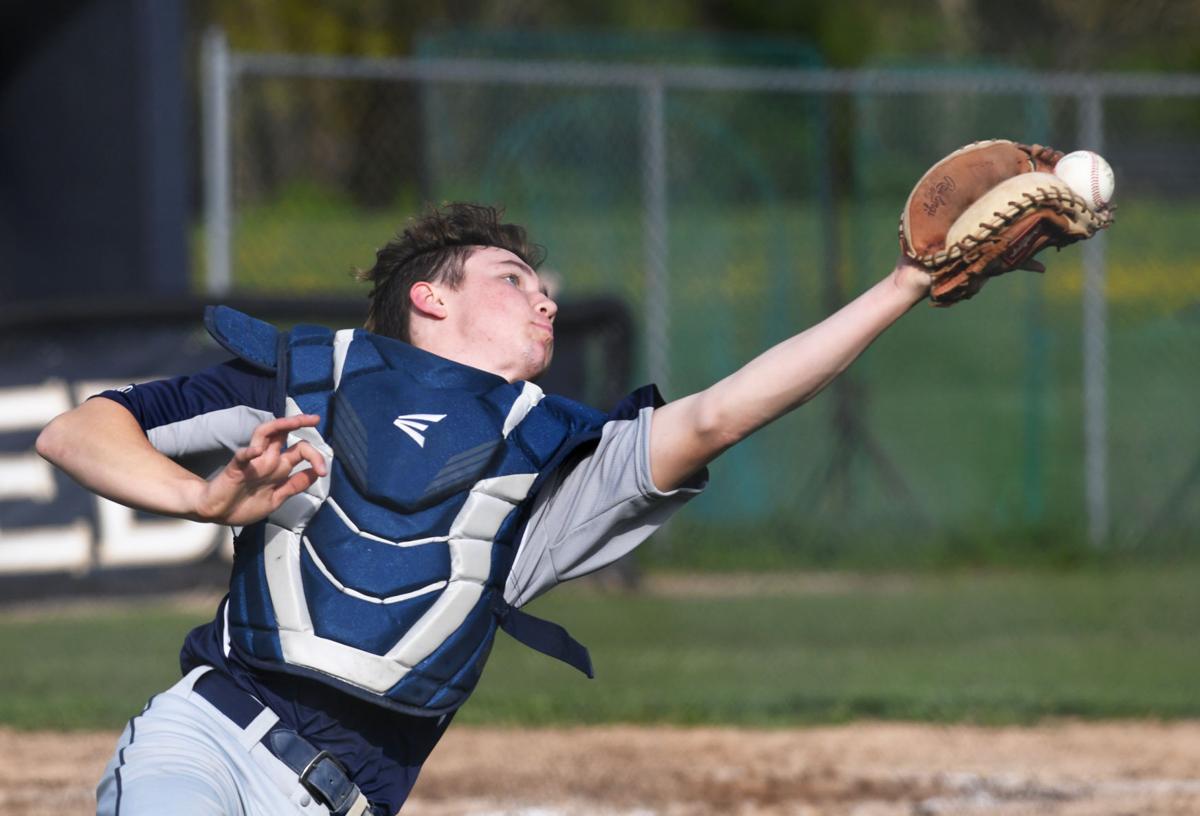 Grace Christian Academy’s Nate Kemnetz dives to catch a foul ball against Iroquois West in 2019. Kemnetz graduated, but his teammates who still are around will have the chance to play a 2020 fall season. 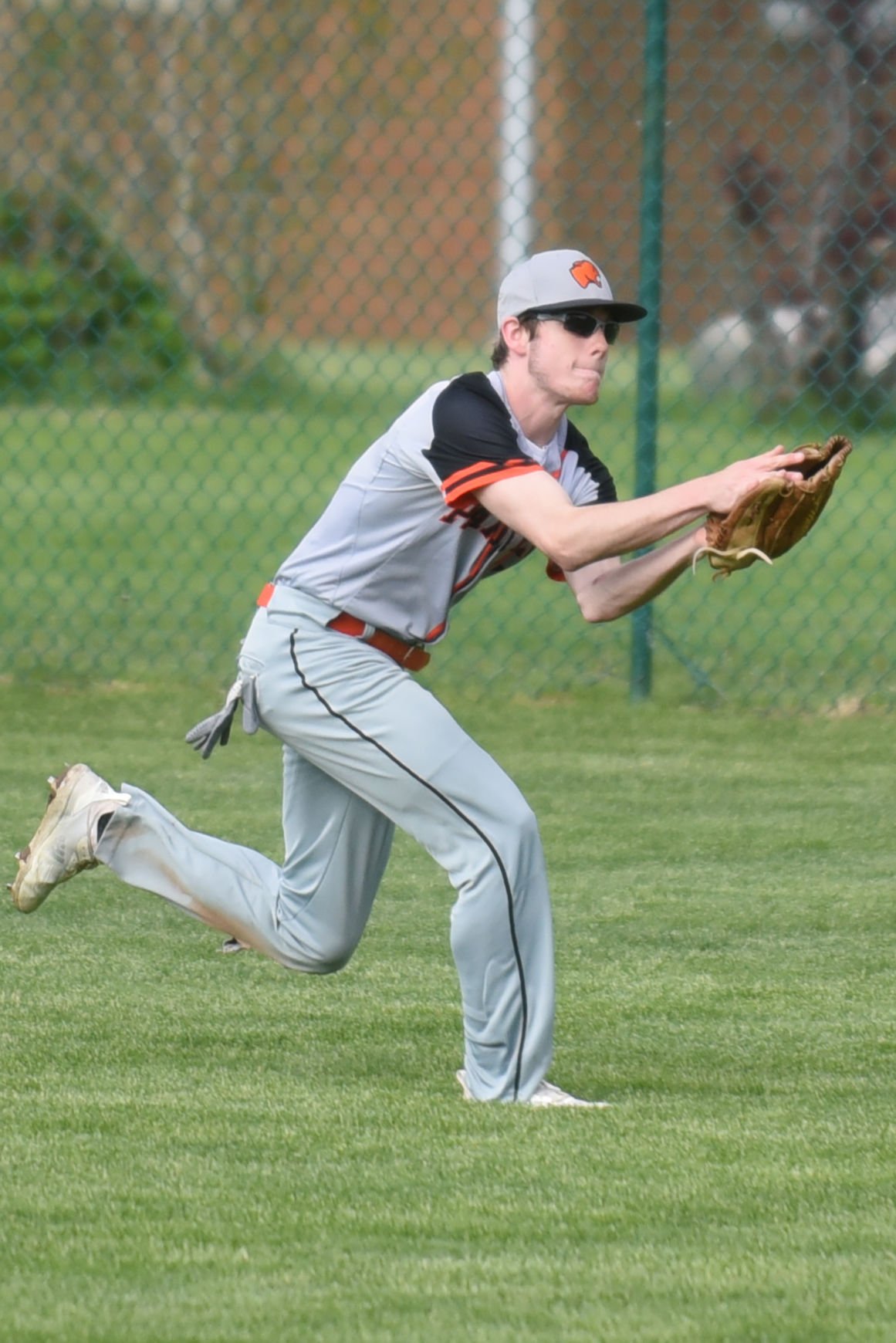 Gardner-South Wilmington right fielder Caydan Landry secures a fly ball in the fifth inning of the 2019 IHSA Class 1A Dwight Regional against Dwight. After he and his classmates lost last spring to the coronavirus, they will have the chance for some extra ball in 2020 with a fall season.

Grace Christian Academy’s Nate Kemnetz dives to catch a foul ball against Iroquois West in 2019. Kemnetz graduated, but his teammates who still are around will have the chance to play a 2020 fall season.

Gardner-South Wilmington right fielder Caydan Landry secures a fly ball in the fifth inning of the 2019 IHSA Class 1A Dwight Regional against Dwight. After he and his classmates lost last spring to the coronavirus, they will have the chance for some extra ball in 2020 with a fall season.

In a prep sports season that already will be unlike any other, a few local baseball programs will be adding to the uniqueness by taking part in a little-known allowance by the Illinois High School Association — a fall baseball season.

Gardner-South Wilmington, Grace Christian and Trinity will play condensed fall seasons on the diamond, a move the IHSA allows for schools that don’t offer for football.

Gardner-South Wilmington athletic director John Engelman said he noticed the rule being mentioned in last week’s new 2020-21 athletic schedule that was released by the IHSA and immediately pondered if the Panthers could try their hand at it. By the next morning, Grace Christian had reached out with the same idea.

“When the IHSA sent the new structure out, I saw at the bottom where it said if you don’t have football, you can play baseball,” Engelman said. “My wheels were spinning on it, and it was bizarre because the next morning is when [Grace Christian athletic director] Jeff [Cross] and I talked, so we were on the same page.”

G-SW and Grace Christian are IHSA members and also peers in the River Valley Conference, a local conference in which no schools have football programs. Trinity, now the area’s lone non-IHSA member school, is a part of American Christian Schools International and the National Christian Schools Athletic Association.

Cross, who also serves as the Crusaders’ baseball coach, said the school made the move to the IHSA for reasons such as this.

“One of the main reasons we joined the IHSA was to give our kids more opportunities to compete, whether that be sports, band, ensemble, what have you,” Cross said. “I talked to our head of school [Christopher Most] to make sure, and he said let’s do it.

“It’s a great opportunity for our kids and parents to see why we joined the IHSA.”

With the state’s new guidelines on sports participation, baseball falls under the lower risk category, meaning teams can compete against other teams that are either in their conference or in the same COVID-19 zone.

That means Grace Christian will be able to play both the Panthers (RVC conference mates) and Trinity (same COVID-19 zone). The Panthers tentatively have Putnam County, which falls in the same COVID-19 zone to their schedule. Trinity is looking at what options it will have other than the Crusaders.

Trinity athletic director Mike Lawrence said after so many sports and activities were lost to the coronavirus last spring, any way to try to make that up is worth it.

“The athletes in any group, the band, how many show choir events were canceled?” Lawrence said. “Everybody was affected, so the fact is we’re getting back and doing everything we can to have some kind of normalcy.”

Cross said between the fall and the upcoming shortened traditional baseball season in May and June 2021, his kids will get more baseball this year than in a normal season, by the time rainouts and other cancellations in a normal year are counted.

“If we think about this, our junior class last year (current seniors) didn’t play any spring baseball,” Cross said. “Now, if we didn’t have fall baseball, the most they would get in is 12 to 14 games this upcoming summer, and that would be it.

“Now, we’re potentially giving them the opportunity of up to 30 games throughout the year, where in a regular spring we get 25 in if we’re lucky,” he added. “It’s a huge opportunity for our kids, our school and our baseball program.”

Seeing as how the RVC boasts a plethora of schools without football programs, Cross and Engelman tested the waters with their conference peers on the potential of adding more teams, perhaps even an entire conference slate of home-at-home series. But with most other schools offering cross country and golf, the latter of which is in its first year at Grace, it was tough sledding to get any more teams.

“They would have been robbing Peter to pay Paul, whereas we didn’t have anything else to think about other than our three golfers,” Cross said.

For the Panthers, cross country and golf are offered through a co-op with Dwight. Engelman said any student-athletes who wanted to compete in a traditional and fall sport would be permitted to do so.

“We’re taking the approach with baseball that it’s not as serious as it is in the spring, just more of an opportunity to do something” Engelman said. “They just lost spring baseball, so it’s nice to get some of those games back.”

The Eagles have no other fall sports, as soccer and girls volleyball were pushed to the spring to coincide with the IHSA’s scheduling shifts.

“There’s no magic number, but we’d like to play eight to 12 games,” Lawrence said. “They didn’t play last spring, and it gives the coach a good look, with more practice time than game time.”

All three schools hope to continue the fall baseball idea past 2020, with the hope that eased coronavirus restrictions by 2021 will allow them to travel further and play more competition.

As for this fall, the local season will begin with a Sept. 3 matchup between the Crusaders and Panthers in what will be quite a special day for Cross.

“Sept. 3 is the first fall baseball game in the history of Grace Christian Academy, and it’s also my 52nd birthday, so it will be quite a day,” Cross said. “I’m going to tell G-SW that they’ve got to let us win.”