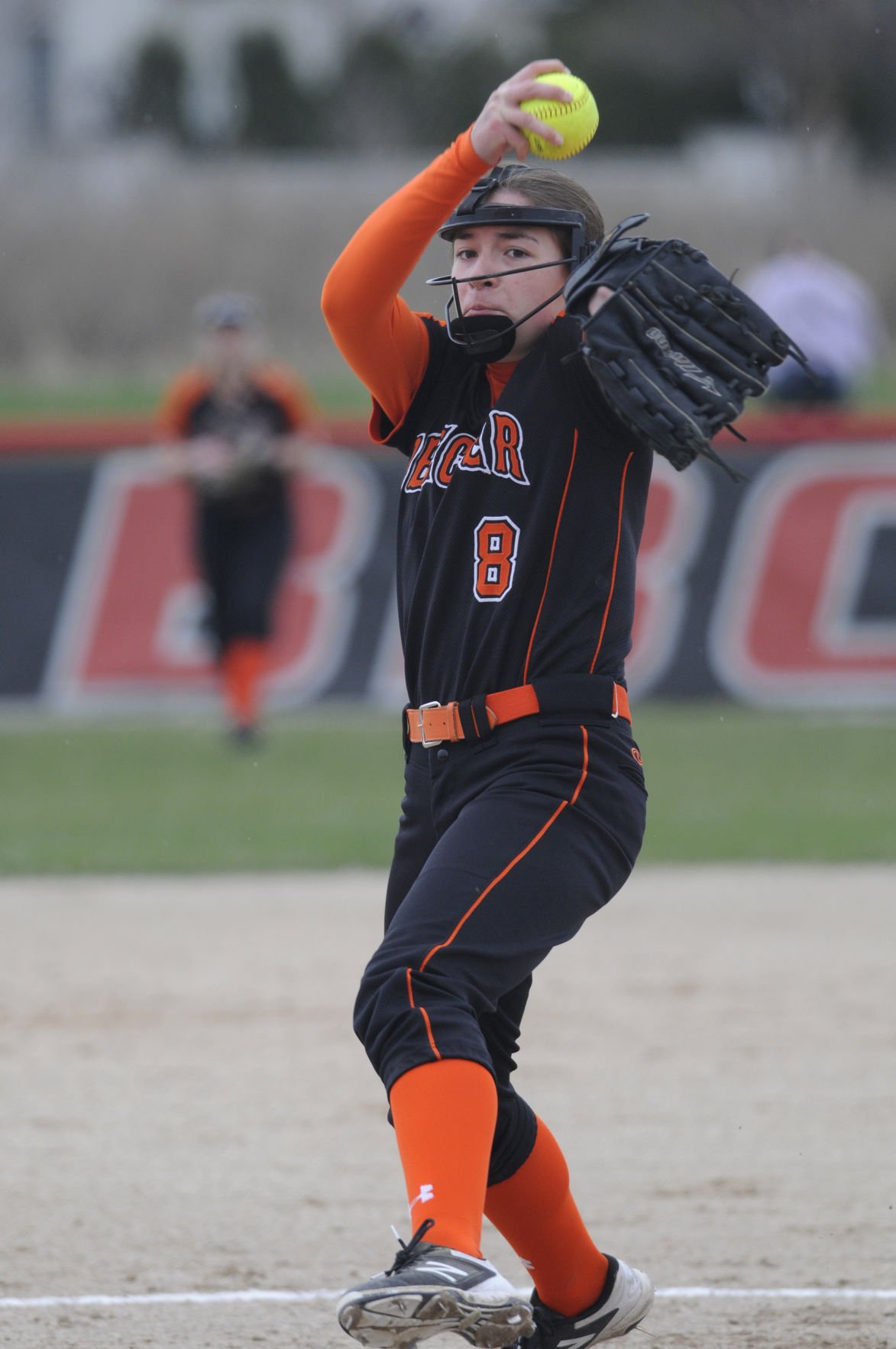 Beecher’s Kayla Hon delivers a pitch during the Bobcats’ 8-2 victory against Bradley-Bourbonnais earlier this season. 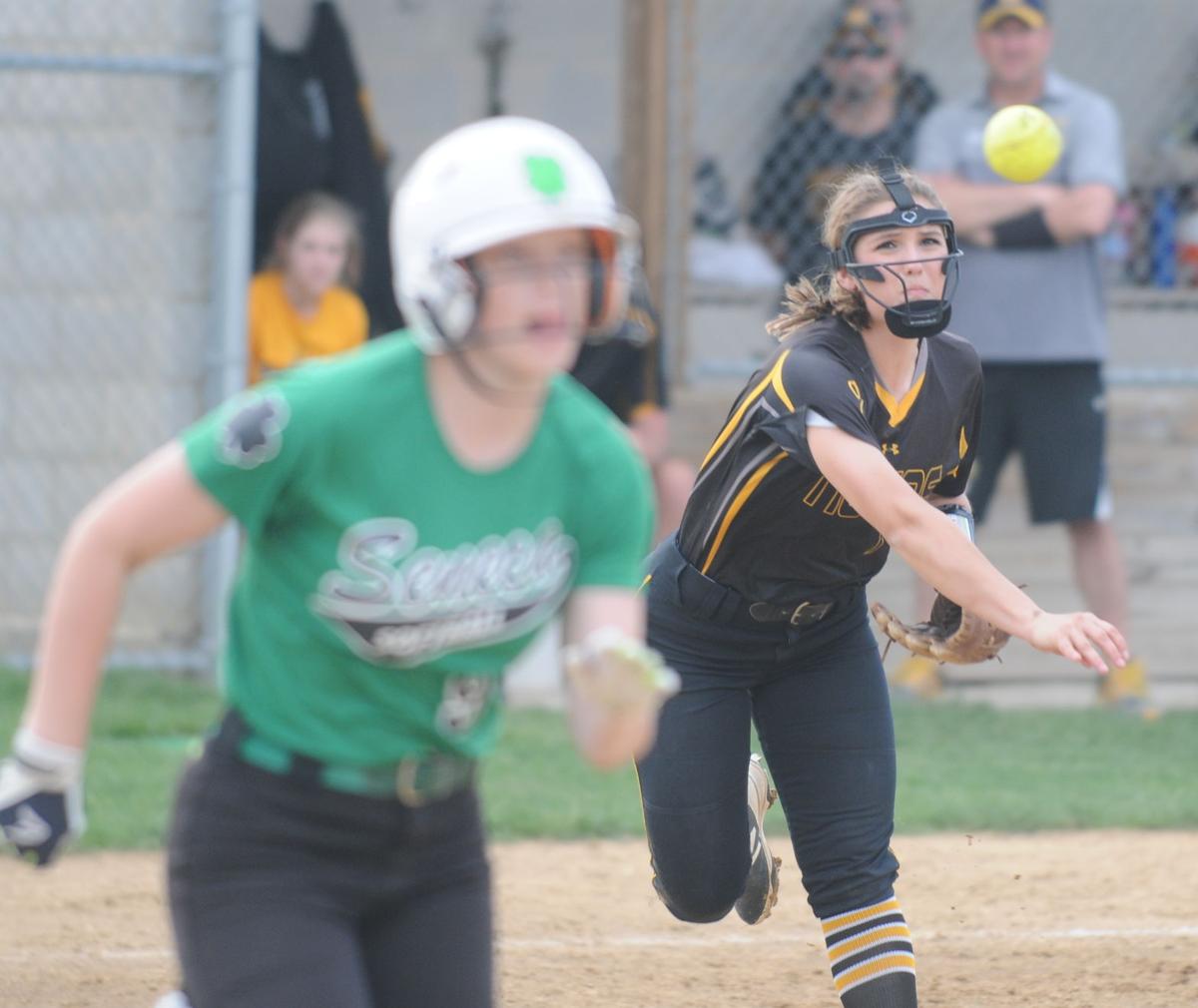 Herscher’s Gabby Schultz throws out a runner from her third-base position during a nine-inning loss to Seneca earlier this season. Schultz was a first-team all-state selection in Class 2A after hitting 10 home runs and notching 56 RBIs. 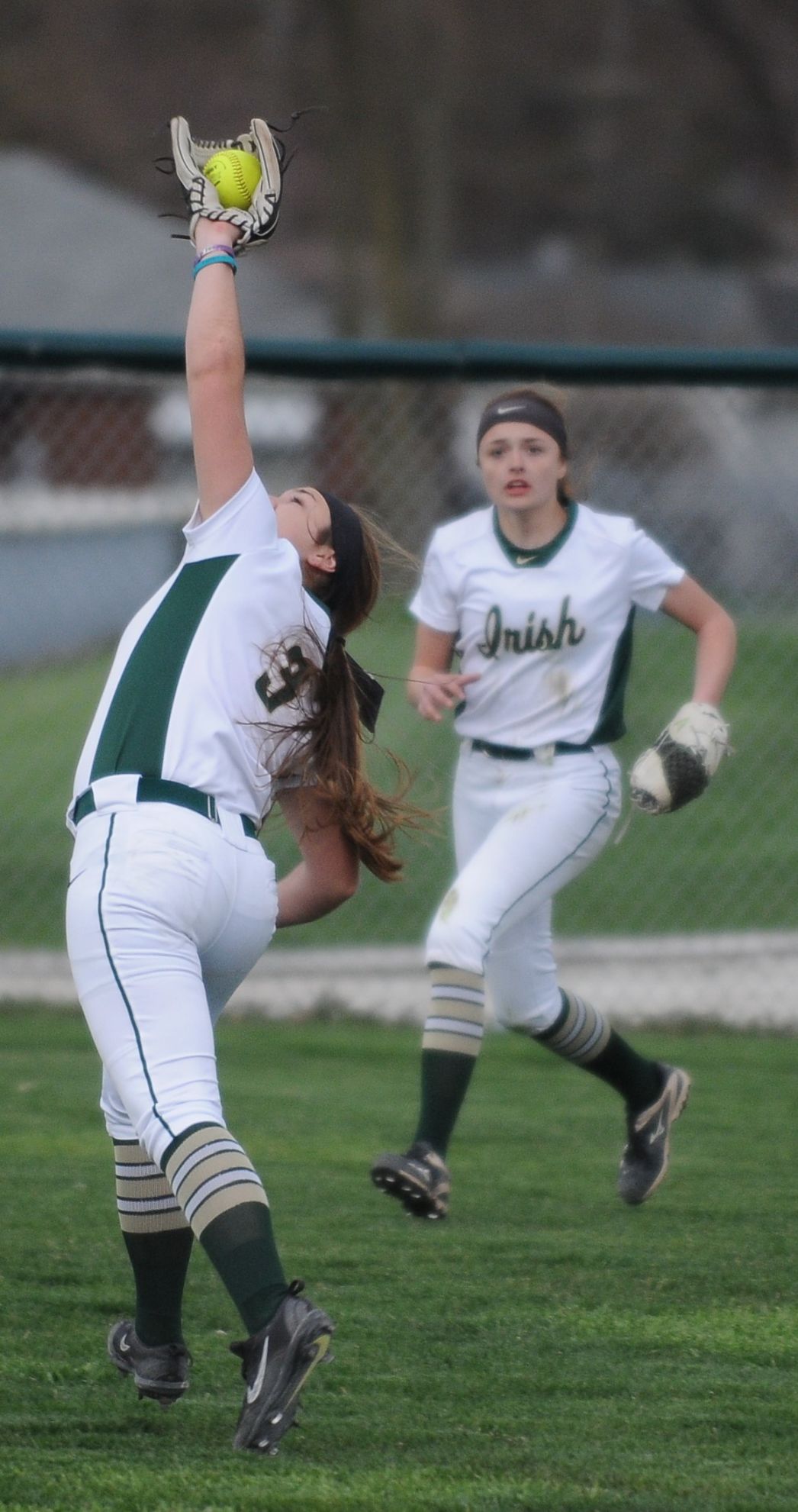 Beecher’s Kayla Hon delivers a pitch during the Bobcats’ 8-2 victory against Bradley-Bourbonnais earlier this season.

Herscher’s Gabby Schultz throws out a runner from her third-base position during a nine-inning loss to Seneca earlier this season. Schultz was a first-team all-state selection in Class 2A after hitting 10 home runs and notching 56 RBIs.

What a whirlwind this softball season has been.

For the first couple of weeks, Mother Nature flexed her muscles and gave players, coaches and athletic directors headaches.

Then, when the weather let up, the softball season that everyone was longing for finally started and we haven't looked back since.

The postseason is upon us as Class 1A and 2A have started sectional play while Class 3A and 4A have just kicked off regional play.

But there’s nothing wrong with taking a little walk down memory lane, right?

Here are just some of the best games the softball scene bestowed upon area fans this season:

Both teams are still playing after collecting regional titles Saturday, and this game in the beginning of the season showed why.

The Irish jumped ahead 2-0 before coming apart and allowing six Dwight runs to cross the dish in the third and fourth innings.

But as most teams know, it’s hard to finish off Bishop McNamara, and it was a lesson the Trojans learned the hard way.

While Mo Holohan proceeded to shut down Dwight’s lineup for the remainder of the game, Tonya Faulkner did her part and brought the Irish back with a three-run jack in the sixth to tie the game at six before notching the game-winning RBI single in her final at-bat for a 7-6 Irish victory.

Peotone at Beecher, May 3

Beecher understood no matter who the competition was, it was getting every team’s best shot, and Peotone was no different.

The Blue Devils went toe-to-toe with the reigning 2A state champs in an effort to end the undefeated season the Bobcats strung together up to that point ... and they nearly pulled it off.

Tied 5-5 going into the bottom of the seventh, Peotone’s Josie Graffeo returned serve in the circle and sat down the Bobcats in order to put the game into extra innings.

Morgan Barnoski untied the game with a solo shot over the right-center-field fence, giving the Blue Devils a 6-5 lead.

But champions know how to respond and Beecher’s A.J. Picicco did just that as she crushed a two-run double to left-center field for a 7-6 win to keep the then-undefeated season alive for the Bobcats.

Reed-Custer at Kankakee, May 9

This was the ultimate pitcher’s matchup and it lived up to the billing.

Reed-Custer’s Antoinette Hill and Kankakee’s Sara Serena went back-and-forth, strikeout-for-strikeout, as neither lineup could keep up with the standouts.

Both pitchers threw six innings before the rain made its presence felt, and each fanned 10 batters.

However, it was Hill’s Comets that emerged victorious as she tossed a no-hitter as teammate Grace Colclasure notched an RBI single for the 1-0 Comet victory.

Joliet Catholic at Coal City, May 15

Those in attendance in Coal City had a long wait ahead of them to decide a winner in 10 innings.

Joliet took a 1-0 lead in the top of the first before the Coalers’ Payton Smith turned into the underhanded Nolan Ryan for the next nine innings.

Coal City tied the game in the bottom of the sixth after Sam Olsen ripped an RBI double.

After three more innings of scoreless play, Krystin Daigger sent the Coalers home with a walk-off solo blast for a 2-1 victory.

Seneca at Herscher, May 10

Seneca jumped out 5-1 before the Tigers began to hit themselves back into the game. Molly Cann notched an RBI groundout, which was followed later by a two-run bomb off the bat of Chloe Jefferson to cut the Irish lead to 5-4.

Back-to-back RBI doubles from Gabby Schultz and Jefferson, followed by an RBI single from Hallie Outsen, gave the Tigers a 7-5 lead.

Marist at Bishop McNamara, May 8

This was the test of all tests at this point of the season for the Irish.

Marist came into the game as the No. 2 team in Class 4A with a 25-1 record and six Division I players on its roster. They were also ranked No. 6 in the entire nation, according to MaxPreps.

But there’s a reason why the game is played.

After giving up an RBI single in the top of the first, Bishop McNamara countered back, as Gillian McDermott cranked a three-run double before later scoring on a fielding error for a 4-1 lead.

Sophie Keigher ripped an RBI single, and Jaelyn Vickery topped everything off with a two-run shot over the right-field fence pushing the lead to 7-2.

Marist came back in the top of the seventh and put up four runs, but with the tying run on second base, the Redhawks flew out to left field to preserve the 7-6 Irish victory.