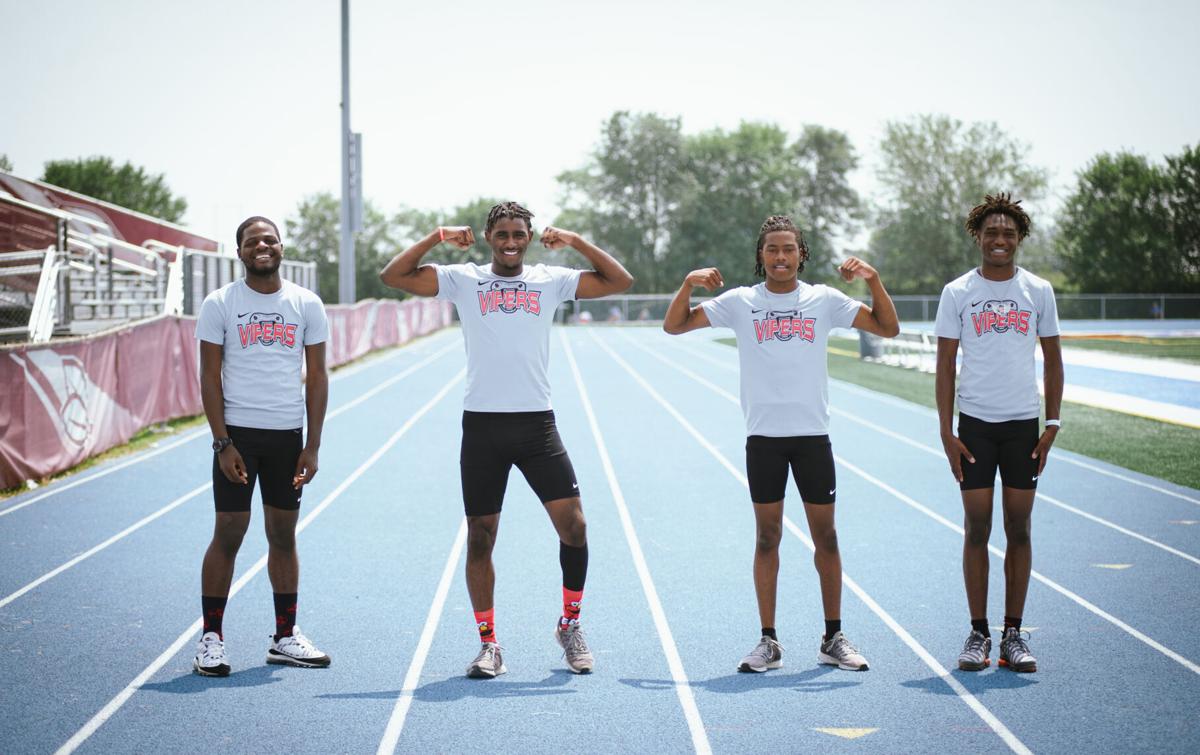 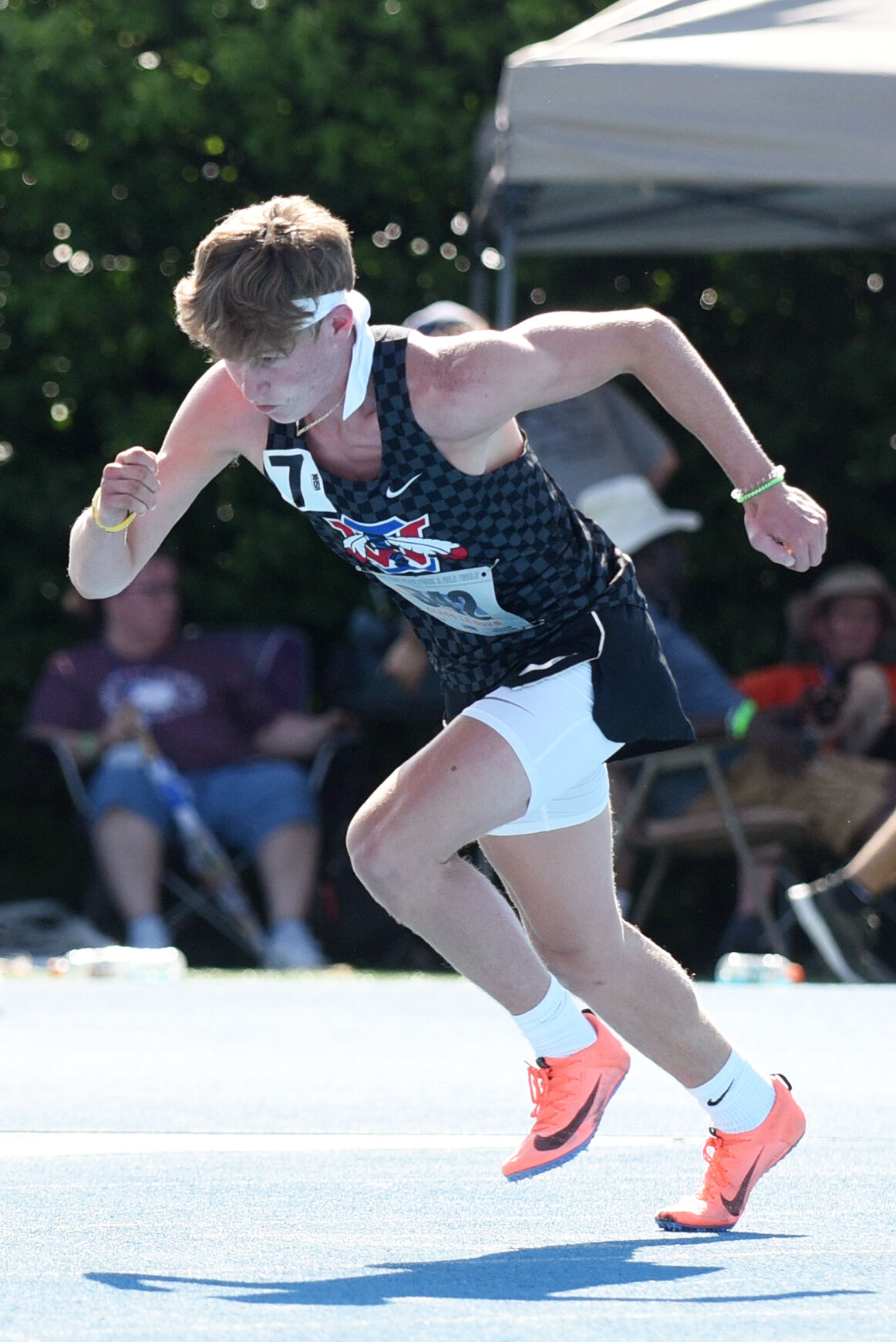 Iroquois West's Connor Price runs in the 400-meter race at last season's IHSA Class 1A Boys Track and Field State Finals at O'Brien Field on the campus of Eastern Illinois University in Charleston. 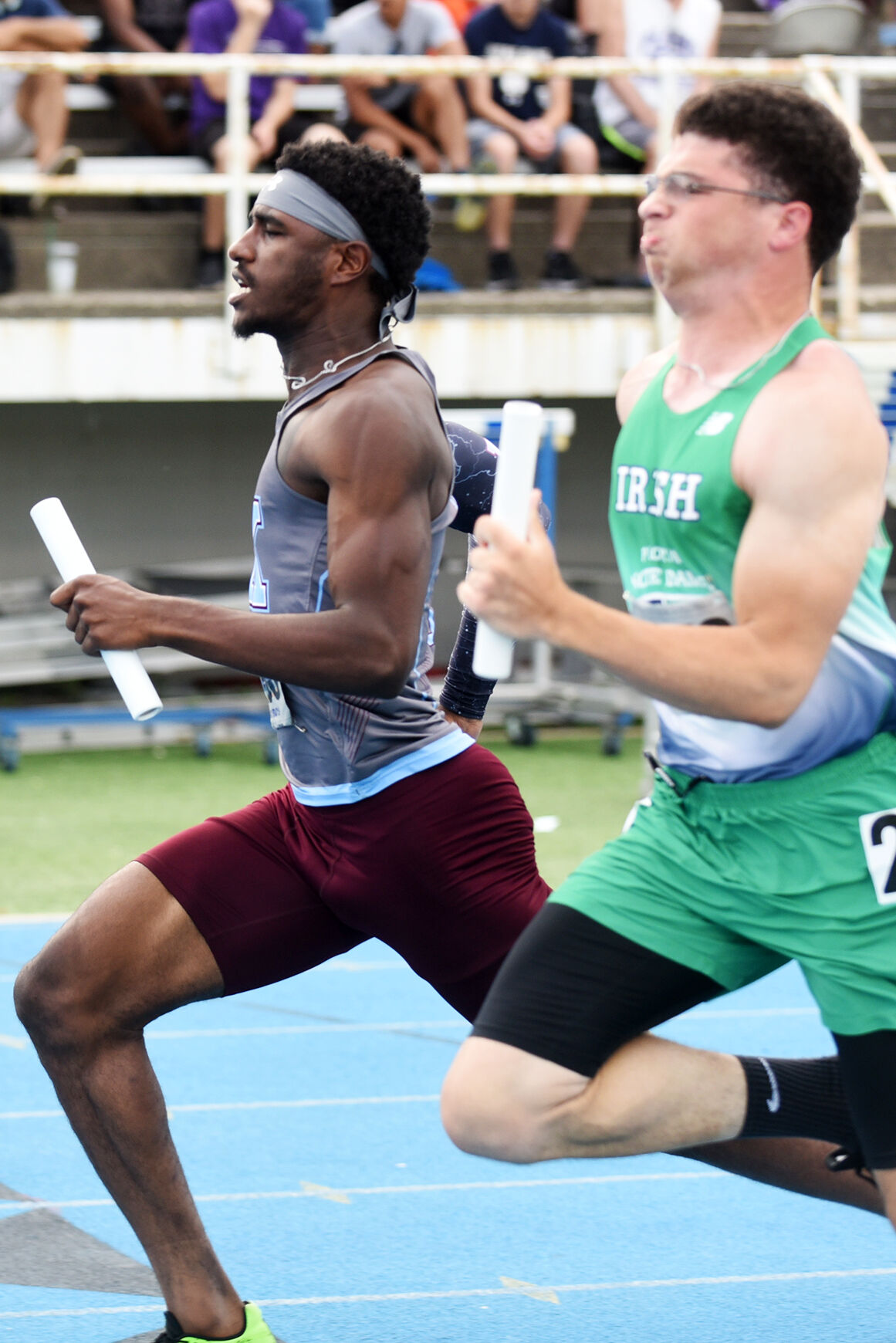 Kankakee’s Quaevon Autman runs towards the finish line of the 4-by-100-meter relay at the IHSA Class 2A Boys Track & Field State Finals at O’Brien Field on the campus of Eastern Illinois University in Charleston last season.

Iroquois West's Connor Price runs in the 400-meter race at last season's IHSA Class 1A Boys Track and Field State Finals at O'Brien Field on the campus of Eastern Illinois University in Charleston.

Kankakee’s Quaevon Autman runs towards the finish line of the 4-by-100-meter relay at the IHSA Class 2A Boys Track & Field State Finals at O’Brien Field on the campus of Eastern Illinois University in Charleston last season.

When president and director of The Vipers Track Club Marques Lowe found out he had 17 student-athletes qualify for the 2021 USATF National Junior Olympic Track & Field Championships in Jacksonville, Fla., last weekend, he had high hopes to return to Kankakee County with 10 athletes reaching All-American status. Luckily for Lowe and the Vipers, his expectations were blown out of the water as he and his club returned home with 21 All-Americans.

“My expectation was for us to bring home 10 All-Americans because I knew in my heart we could do that,” Lowe said. “The fact that we brought home 21 All-Americans is even more humbling because we didn’t know how things would go in some events that we competed in. ... I’m happy with the results.”

Competing on the national stage as a team out of Illinois, the Vipers Track Club proved why it belonged among the nation’s best by having multiple student-athletes finish in the top-eight of their respective events to secure their All-American status.

“People always discount Illinois when it comes to these national meets, but the Vipers went out there and showed them why you can’t discount our state,” Lowe said. “It’s not just about Florida and Texas because Illinois will always have something to say.”

Of the 17 student-athletes who made the trip down to Florida as Vipers, six of them were local. Those six guys were Connor Price, of Iroquois West; Malaki Verkler, of Cissna Park; and Quaevon Autman, Jyaire Hill, Jayon Morrow and Matthew Thomas, of Kankakee, all of whom managed to come back as All-Americans in at least one of their respective events.

Hill and Morrow joined Cabott Craft, of St. Thomas More, and Cedric Sabin, of Urbana, for the 4-by-100-meter relay and finished in third place with a time of 43.34 seconds in the 15/16 and younger division finals, as well as achieving a second-place finish in the 4-by-400-meter relay (3:22.32). Autman joined his fellow Kays with an eighth-place finish (6.91 meters) in the long jump in the 17/18 and younger division.

Thomas; Autman; Jackson Gilbert, of Urbana; and Kyle Burgoni, of Unity, secured fifth in the 4-by-100 meter relay (17/18 and younger division). Gilbert, Price, Verkler and Thomas also went on to take a fourth-place finish in the 4-by-800-meter relay to give the six-pack of local guys a total of 10 All-American statuses.

“It’s special when you do it with kids you’ve worked with everyday like my Kankakee boys,” Lowe said. “I work with them everyday, so it’s a special moment for them and myself, but I’ve been training Verkler for seven years and Price for three years. ... Just to see those boys grow into something special was great to see.”

The Vipers’ closest finish to first place came in the 15/16 and younger age division during the 4-by-400-meter relay. Hill and Morrow nearly helped their relay squad come back from being down 30 to 40 meters in the final stretch, when Morrow just missed getting at the line for a national title.

“It means a lot to go out there and run and prove that our group of guys can compete at the national level,” Morrow said. “Even though we were so close to bringing home first sucks, it still doesn’t take away the fact that we came out and competed.”

With Morrow only a sophomore next season for the Kays, he said he believes getting a chance to compete in front of a national crowd against top-tier competition only will make his case to repeat as an IHSA Class 2A state champion next spring even stronger. In addition, he noted he thinks his squads performances helped put his community on the map.

“I definitely think us Kankakee boys put Kankakee on the map,” Morrow said. “And us Vipers all around as a team definitely put Illinois on the map.”

Similar to Morrow, Hill, too, was thankful for his experience competing in the junior Olympics. Taking a second-place finish in the 4-by-400-meter relay and third place in the 4-by-100-meter relay to secure his All-American status in both events was something he always wanted to accomplish.

“It’s a blessing to come back as an All-American because most people don’t get the chance to do stuff like this,” Hill said. “I’m just happy that I came and did what I was supposed to do.”

Unlike Autman, Thomas and Price, who are graduates, Morrow and Hill will get another shot next season to out-do themselves as a sophomore and junior, respectively.

“Next year, I can see Hill and Morrow doing some major big things because now they have that national level of experience,” Lowe said. “They aren’t going to be afraid of anyone in Illinois, and it’s not like they were afraid this year, but nobody knew who they were. Everyone knows who they are now, and everyone knows the Kays are coming, and they will be ready.

“This is the fuel and fire they need that’s going to put a chip on their shoulder to come back even stronger and work 10 times harder.”