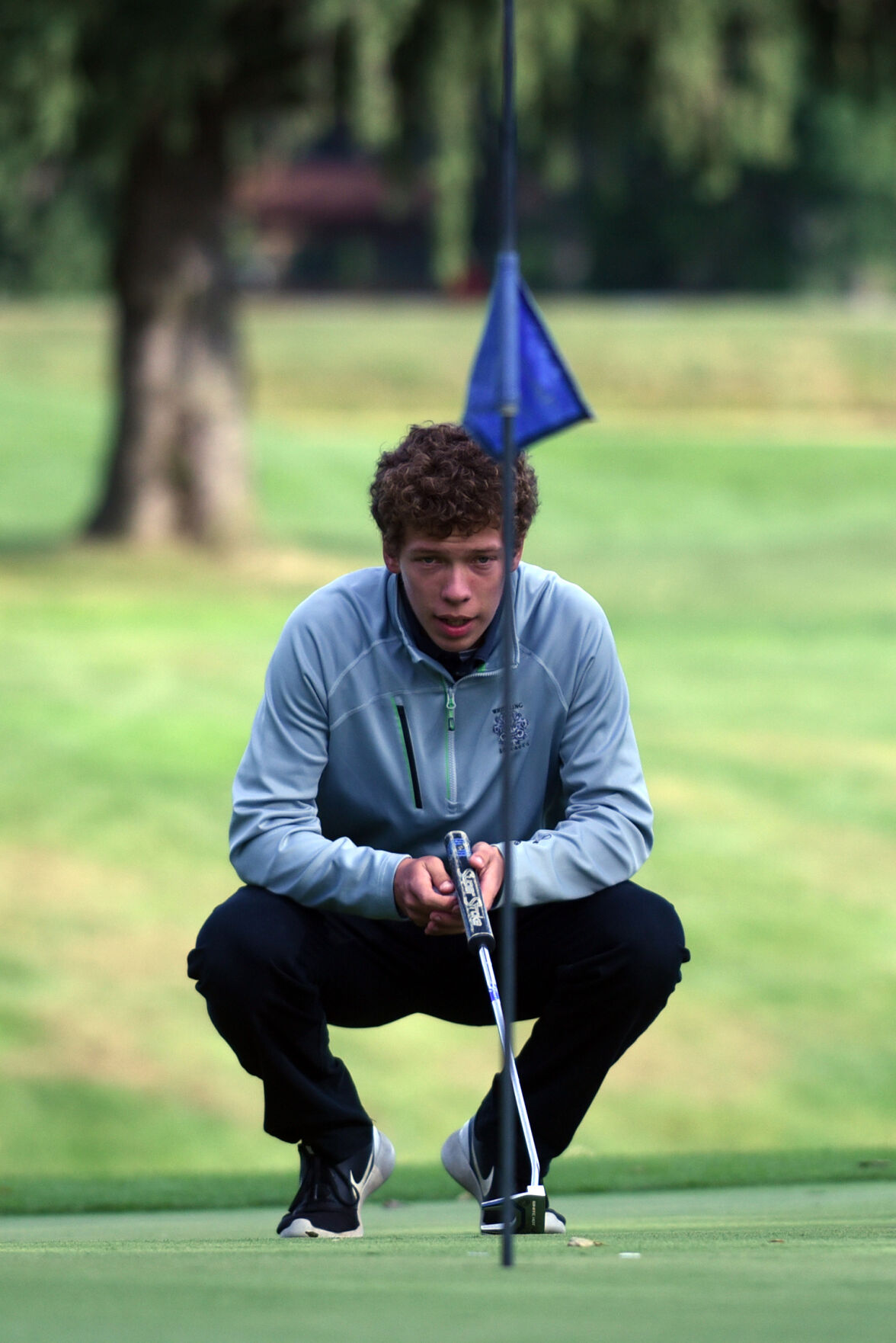 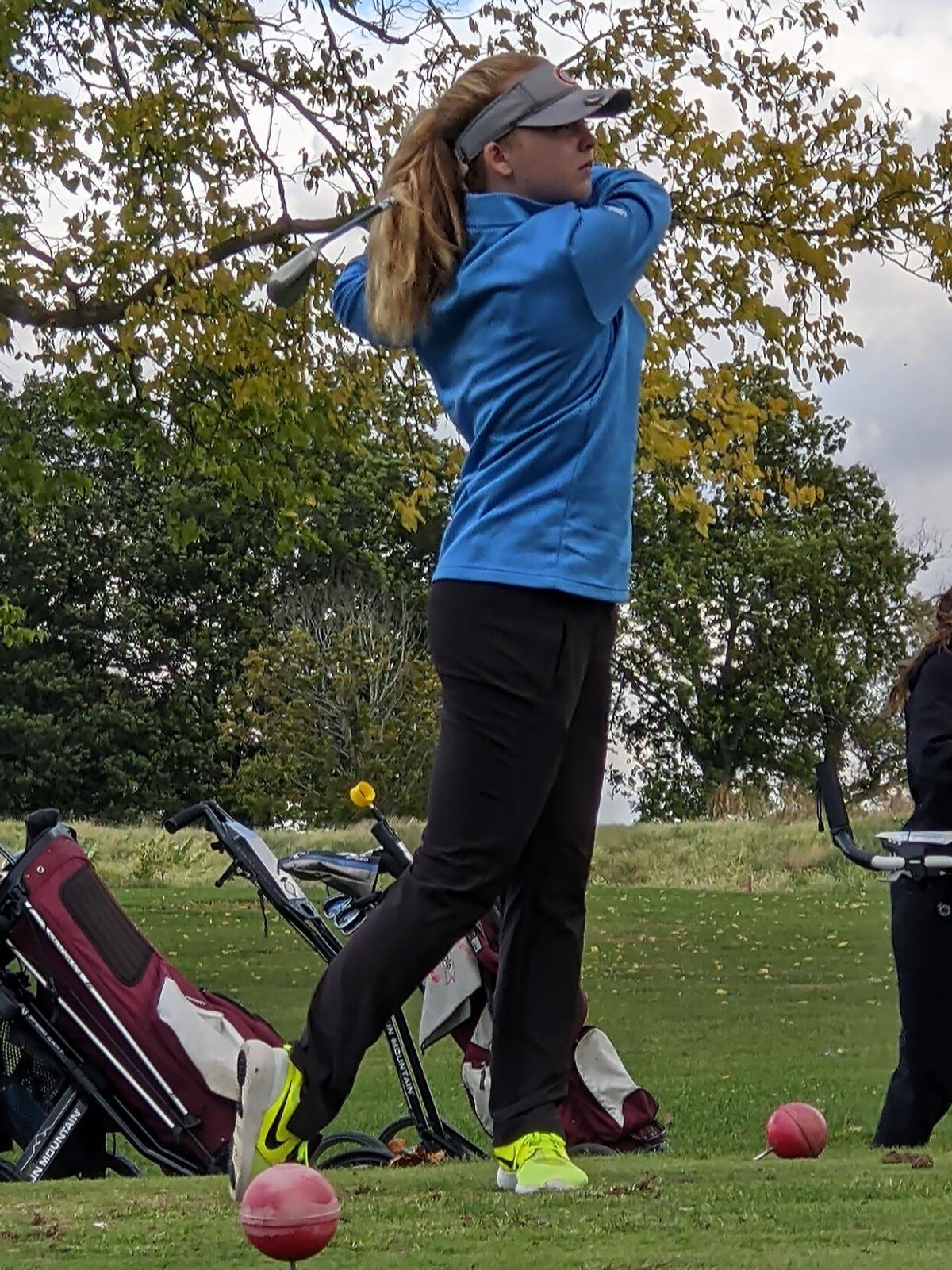 There’s more than meets the eye when it comes to Watseka’s golf programs. In addition to having camaraderie amongst teammates, the Warriors golf squads also have friendships that lie much deeper between family members.

For the past three years, Watseka has had the pleasure of having two great golfers who happen to be cousins. Senior Natalie Schroeder and junior Jordan Schroeder have been competing for the Warriors golf teams for a combined seven seasons, and few have done it better than them.

This season alone, the two Schroeders have combined for 20 medalist honors, 13 of which have come from the veteran senior. With the two routinely ending the day as the top shooter in their respective meets, the real competition tends to happen when the two cousins compare scores.

“After matches, we always ask each other what we shot,” Jordan said. “You always have to be the first person to ask because the other person won’t tell the second person until the second person asks. So, if Natalie asks me first, she won’t tell me if I ask right after, and so I will have to tell her first.”

The two family members originally found their passion for golf at early ages because of their fathers. During their pre-teen years, both Natalie and Jordan would tag along to the golf course with their dads.

This exposure eventually allowed them to grow a passion for golf and gain valuable experience the typical high school golfer wouldn’t normally have by the time they enter as a freshman. And with that closeness on the course comes just as deep of a bond off of it.

“We spend a lot of time together not only on the golf course but as family, too,” Natalie said. “At the house, we will always do activities and do other stuff together.”

Their relationship only has gotten stronger in the past three years. Since the two have joined Watseka’s golf programs, Natalie and Jordan have become a lot more competitive against one another.

As it stands now, both Schroeders try to get out to play every day, whether it’s nine holes, a full 18 or just getting work done at the range. More times than not, they end up doing it together.

“Whenever we go out on our own time, we always go together and be like, ‘Hey, what are you doing? Do you want to go to the golf course?’” Natalie said. “So usually, we play every Saturday and Sunday on our own, and we are always competing against each other, even if it’s nine or 18 holes.”

When the two cousins get together on the links outside of school competition, Natalie tends to have the edge because of her extra year of experience, at least in the eyes of Jordan.

“Mostly it’s balanced when we play each other, but she usually beats me with the experience that she has,” Jordan said. “That extra year helps, so Natalie usually comes out on top, but the occasional time I beat her is always a good time.”

Being that Natalie is a girl, she typically would line up on the red tees, but given the friendly family banter between her and Jordan, Natalie decides to play from the white tees when they go head-to-head so there is no excuse for when she gets the best of Jordan.

“It’s usually up-and-down; Jordan always says I get the advantage from the red tees, but whenever we go out and play against each other, I always play from the white tees,” Natalie said. “So that way he can’t use the excuse that when I beat him, I had shorter distances.”

Even with the intense competition between the two cousins, neither one is shy about how much they have helped each other during their golf careers.

“Jordan has definitely helped me with my game,” Natalie said. “We’re always trying to make each other better, and he’s always pushing me … so by me trying to compete with him and stay up with his scores, it’s only making myself better.”

Her cousin reiterated Natalie’s stance, mentioning how she helps point out Jordan’s mistakes.

“During practice if she sees that I’m doing something wrong she will be one of the first people to come up and talk to me,” Jordan said. “It’s always nice to play with her because we can always help each other with our swings and reads.”

The competiveness between one another could be one of the reasons why the two have had so much success this season, particularly off the tees.

“I would say I usually hit the ball a lot farther than some of the other girls,” Natalie Schroeder said. “I’m a multi-sport athlete, and so I think because of that, I’m able to use my strength from being in the weight room and taking that out to the golf course.”

Much like her cousin, Jordan believes his long game is what separates him from the average high school golfer.

“I’m able to hit the ball a little bit farther than some people, so that helps me get closer to the greens,” Jordan said. “So, I can chip up or get closer on par fives so I can have better shots onto the greens.”

This year, the cousins almost have mirrored each other when it comes to their season-lows for nine and 18 holes. Heading into regionals, which take place today for Jordan and Wednesday for Natalie, Jordan’s lows are 36 and 89, respectively. In comparison, Natalie’s lows are 38 and 84, respectively.