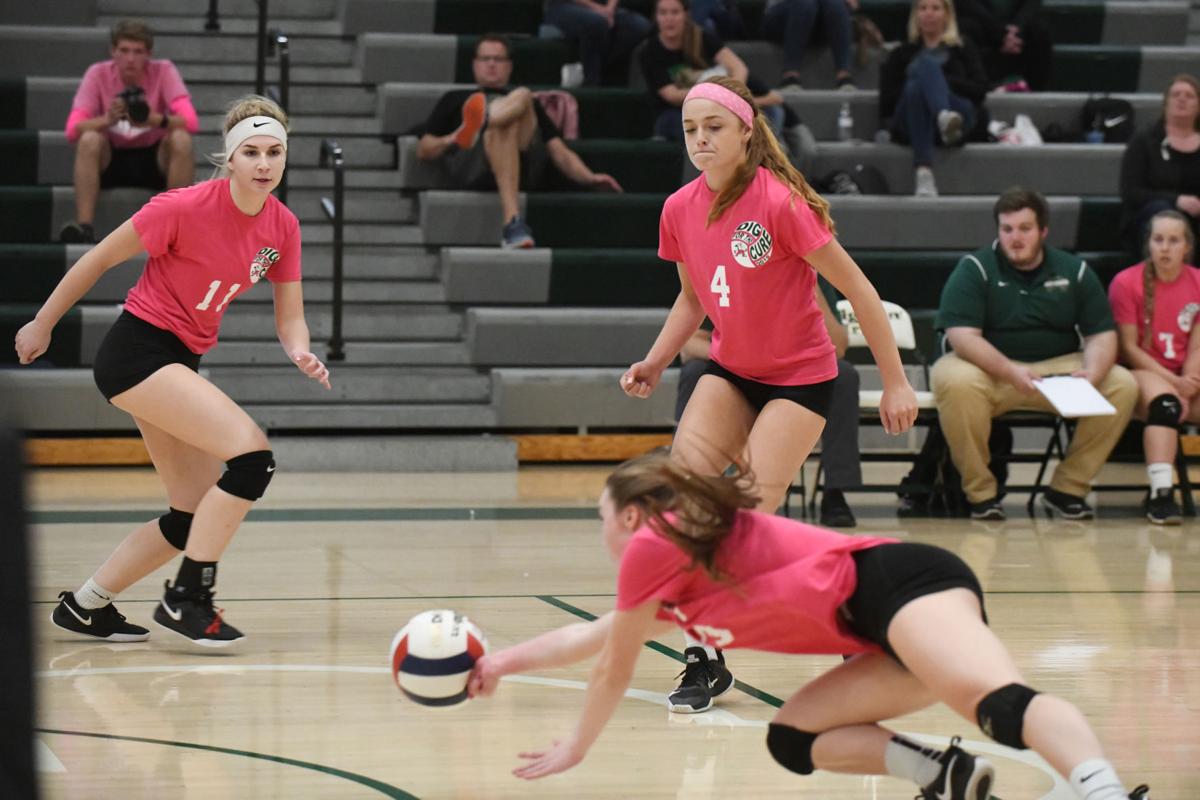 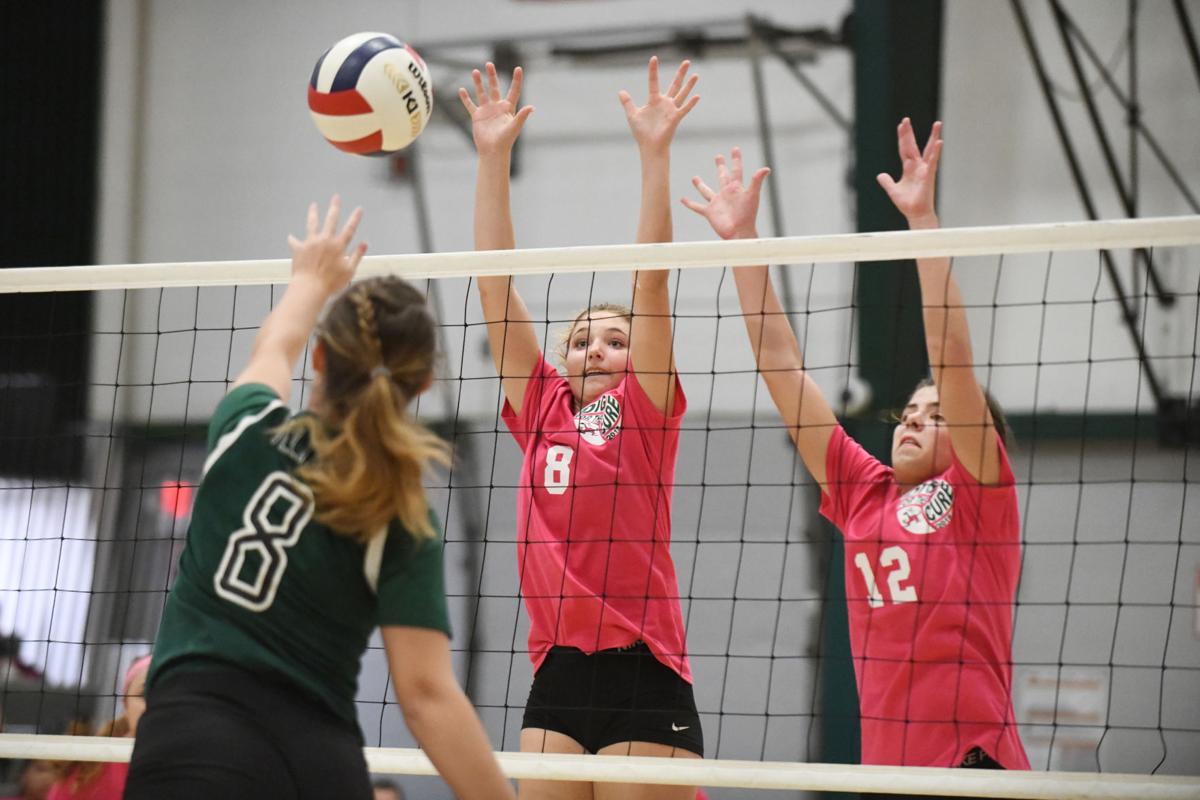 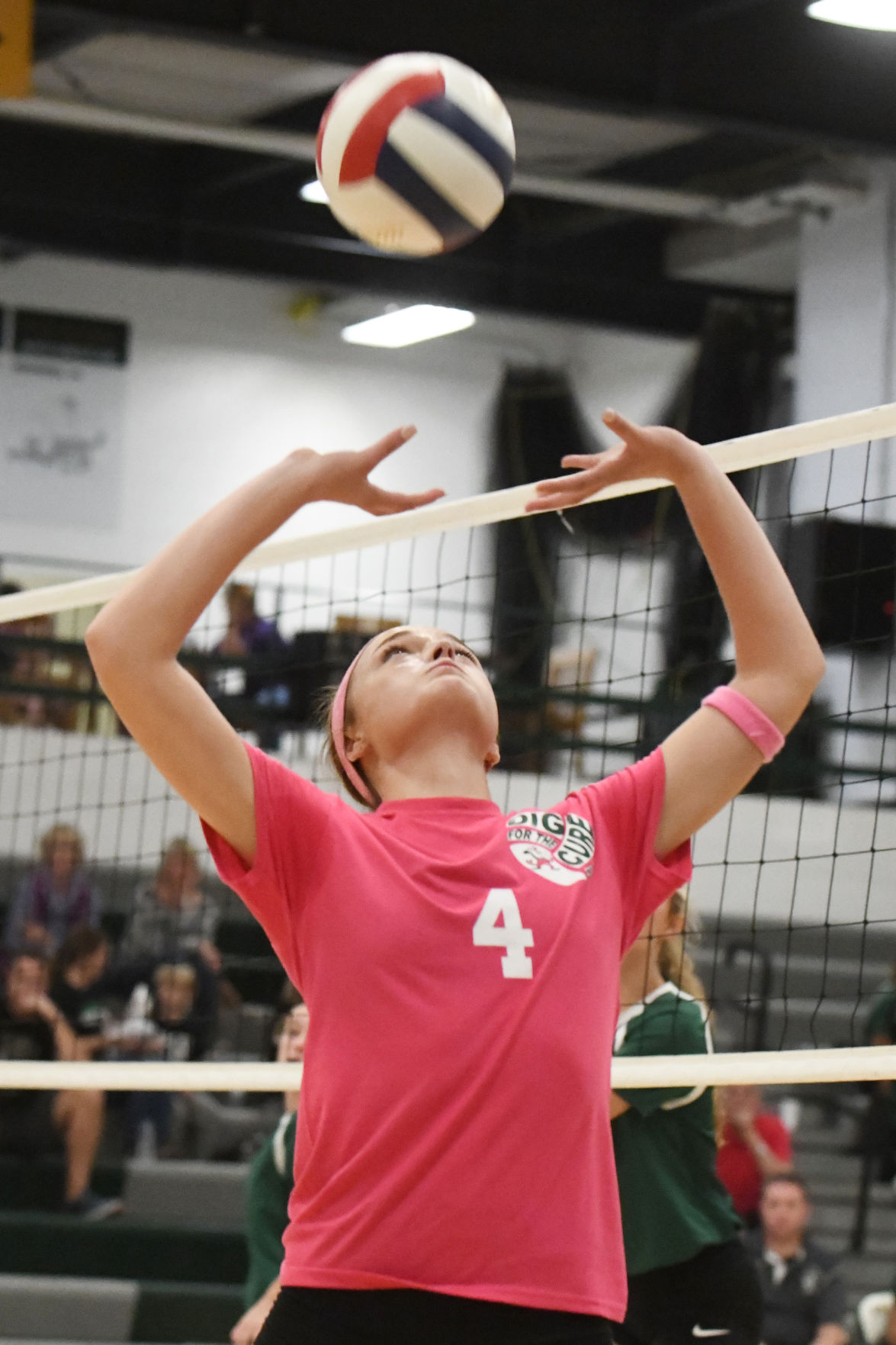 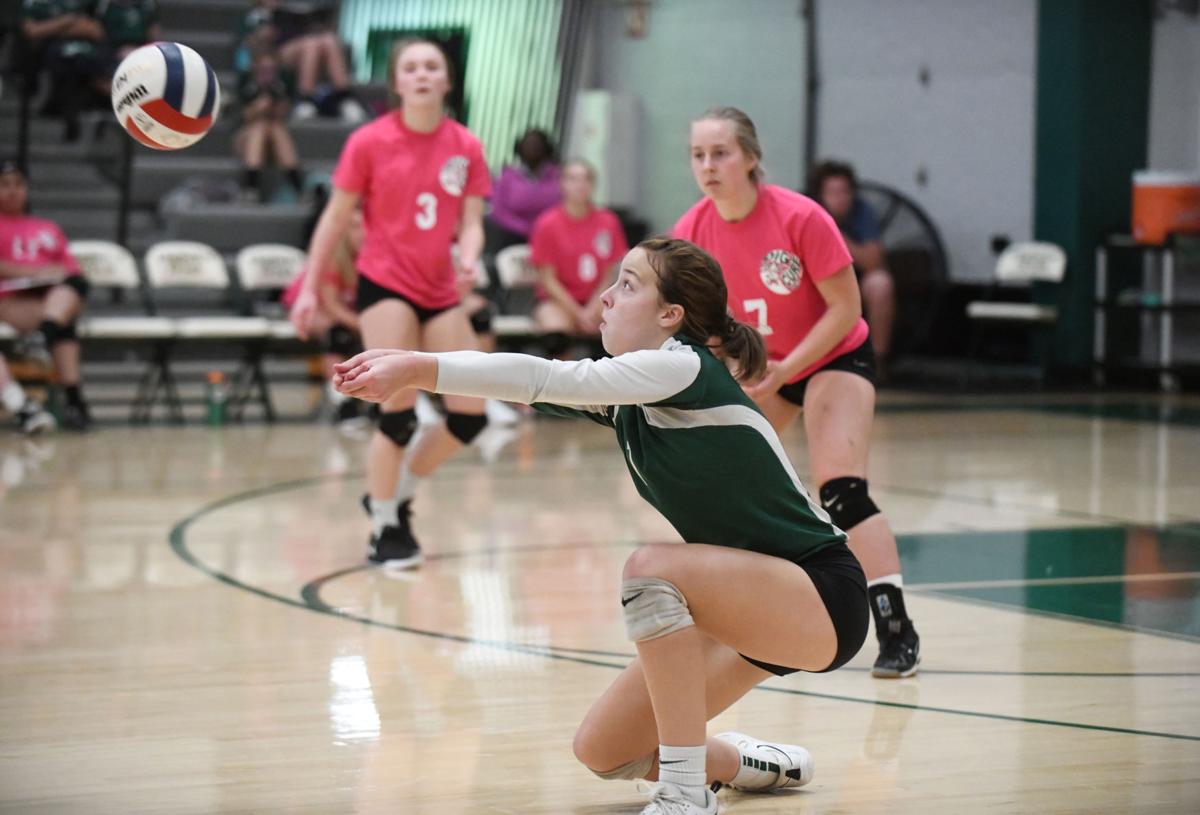 Bishop McNamara's Ashlyn Mitchell gets underneath a serve Wednesday night during the Fightin' Irish's loss in two sets to Illiana Christian.

Bishop McNamara's Ashlyn Mitchell gets underneath a serve Wednesday night during the Fightin' Irish's loss in two sets to Illiana Christian.

The Irish fell to 6-11 on the season with the loss and snapped a three-game winning streak.

“It was a tough loss,” Irish coach George Hagemaster said. “We broke down quite a bit. We had a great game last night [against Aurora Christian], and we just didn’t follow it up with another great one tonight.”

Illiana Christian scored the game’s seven points of the first set, thanks to a pair of blocks and aces from Kylie Martin and Kennedy Rogers. The Irish cut the lead to 7-6 from an ace from Molly Kurtz and a kill from Kylie Sullivan, but a string of consecutive hitting errors would allow the Vikings’ lead to balloon to 17-10.

The closest the Irish got to Illiana Christian again in the first set was 23-18 after Elle Nugent’s kill. The Vikings ended the game on a kill from Kennedy. Nugent had four kills in the set. Jacqueline Allaway recorded two blocks, one ace and one kill. Sullivan added a pair of kills, and Kurtz had one ace and one kill.

The Vikings opened up the second set with an ace and kill from Kennedy to jump out to a 3-0 lead. The Irish responded with a trio of kills from Nugent and one from Kara Kleinert to cut the deficit to 7-6. Emma Valant had a block a few points later to make the score 9-8 in favor of the Vikings.

Illiana Christian took off from there, once again behind strong all-around play from Rogers, as she showed her versatility serving, digging and playing around the net. Nugent, Valant, Kleinert, Allaway and Sullivan each had kills for the Irish down the stretch, but it wasn’t enough to catch up to Illiana Christian. The Irish fell 25-15 in the second set. Nugent led with four kills.

Hagemaster said the Irish showed improvement in some regards Wednesday but also regression in other areas.

“We blocked well in this game. That’s something we have struggled with, but our serving and passing broke down tonight,” Hagemaster said. “When we don’t pass well, we don’t run a good offense, and that’s what we need to have to win.”

The Irish are back in action at 6:30 p.m. Tuesday at home against Wheaton Academy, a game Hagemaster said could determine who wins the Metro Suburban West Conference.

“We’re still first in our conference, so we’re still looking to win conference,” Hagemaster said. “Tuesday will most likely decide who will the conference championship.”