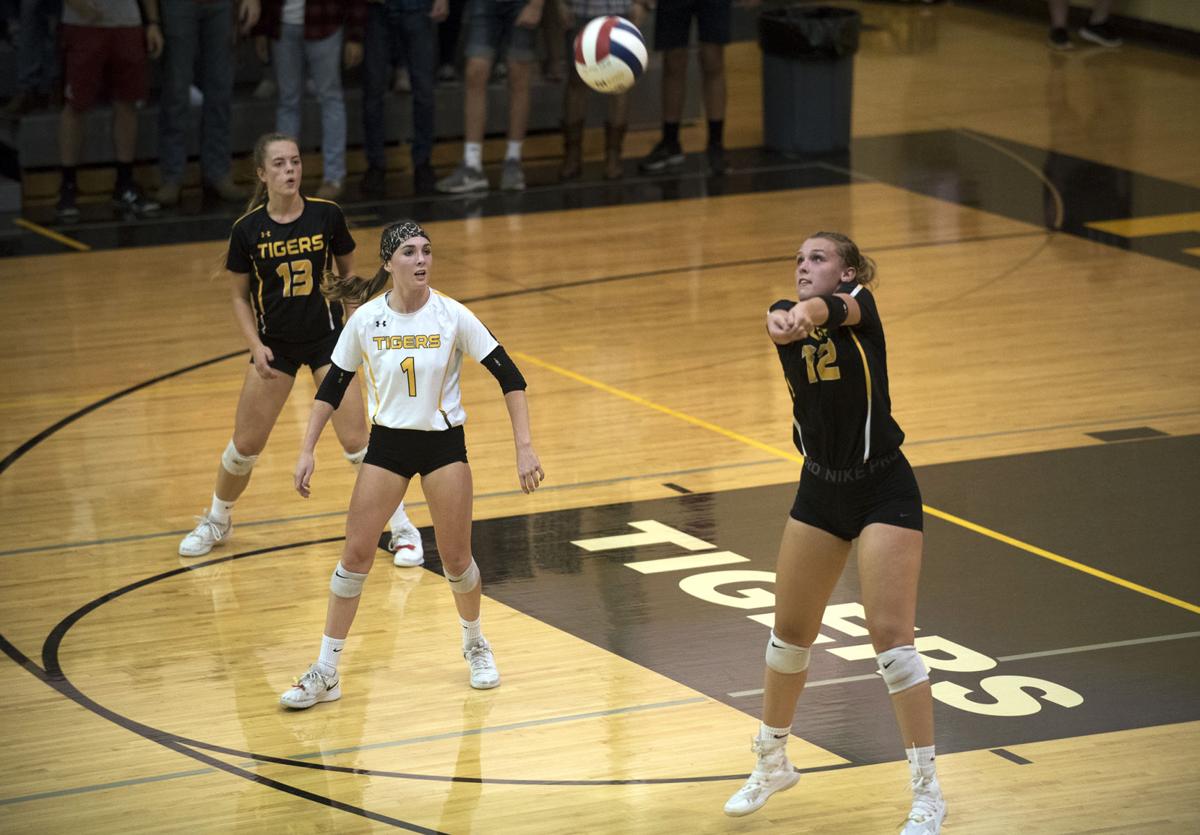 Herscher’s Claudia Huston, right, records a dig Sept. 25 during a home match against Manteno while teammates Mady Rogers, left, and Olivia Ruder look on. The three players, all seniors, each were named team MVP at some point in their careers and were collectively named the 2019 Daily Journal Volleyball Co-Players of the Year. 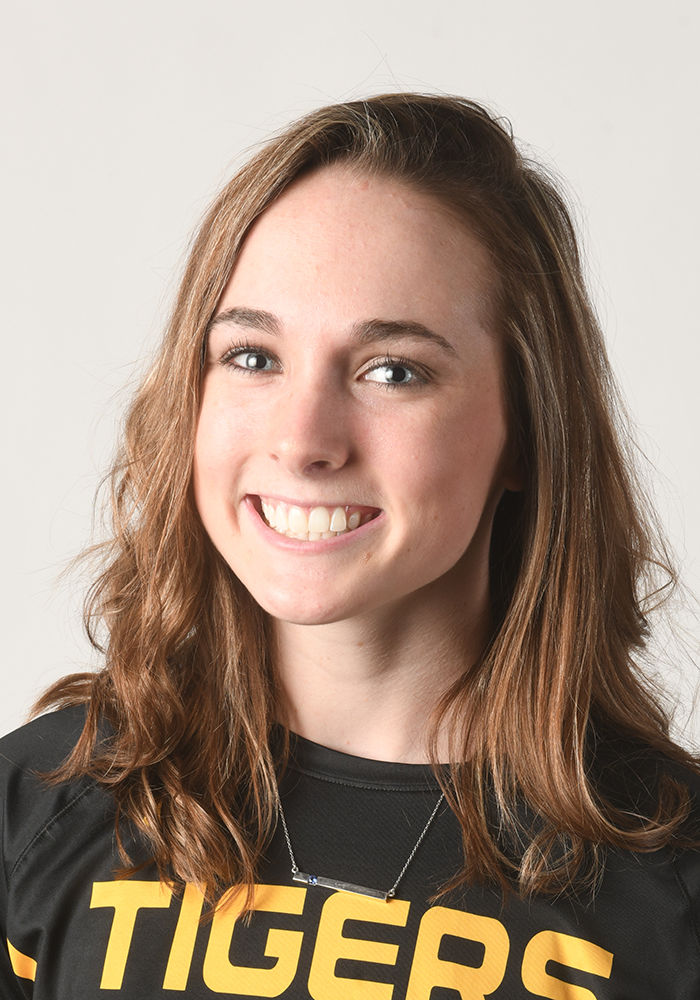 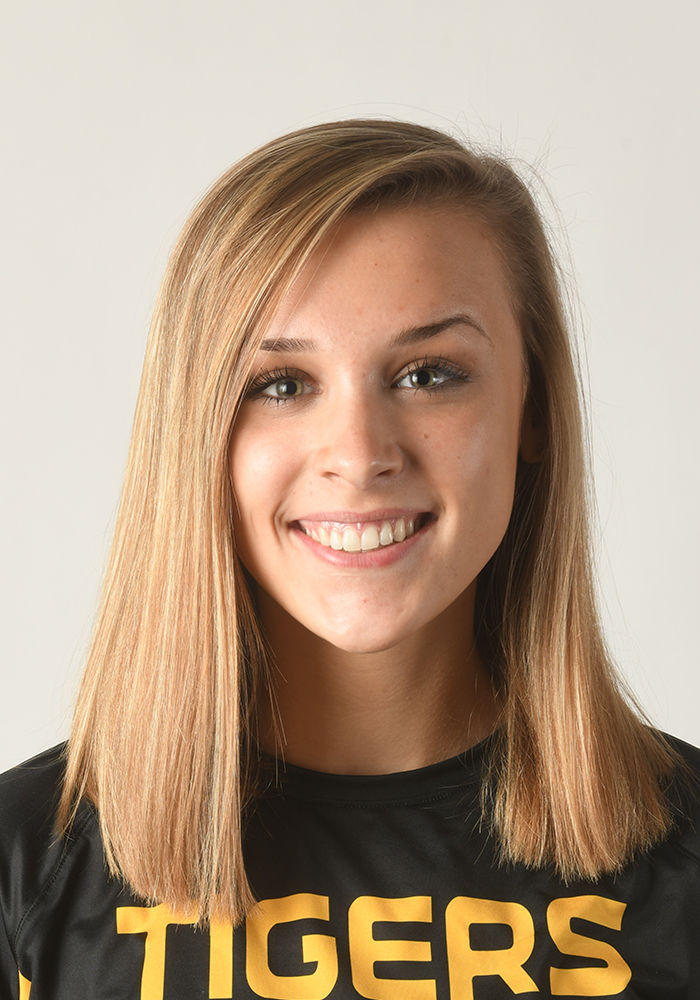 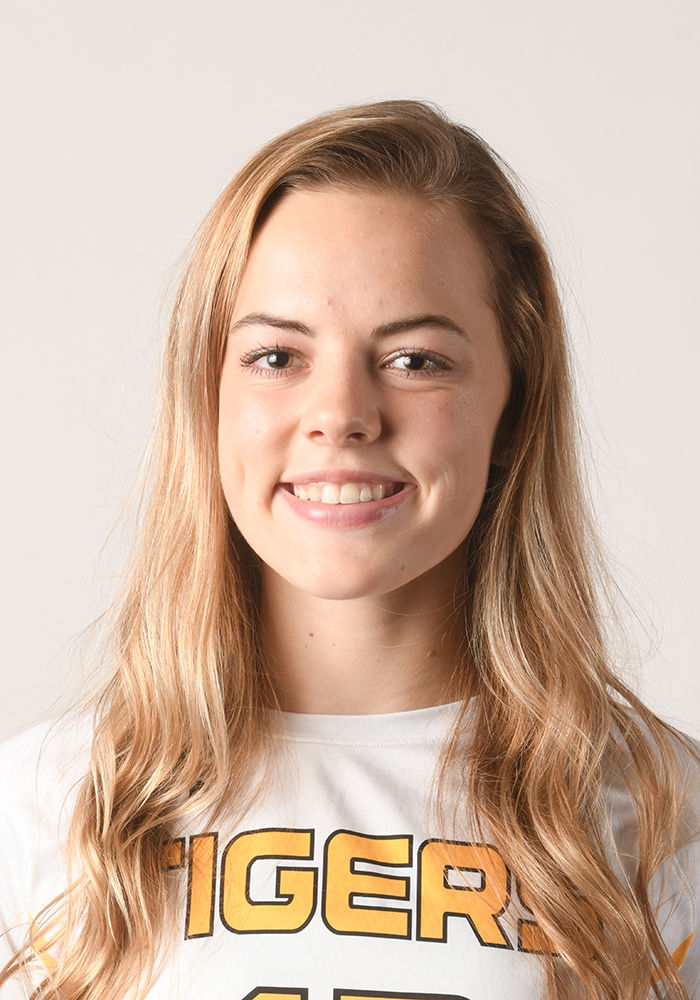 Batman and Robin. Michael Jordan and Scottie Pippen. Babe Ruth and Lou Gehrig. Simon and Garfunkel. Thelma and Louise. Whether it be sports or pop culture, dominant duos seem to always be remembered for their greatness.

But what happens when that duo turns into a trio? In the case of the Herscher Tiger volleyball program, that means three team MVPs from the same graduating class, with that trio leading the program to a historic season.

That trio — Claudia Huston, Olivia Ruder and Mady Rogers — were just three of 10 seniors on this year’s Tigers squad. After Huston was bumped up to the varsity squad as a sophomore and won the team MVP award in 2017, Ruder captured the team award in 2018 and Rogers captured the award this season.

The three all found themselves littered all over the area’s statistical leaderboards throughout the season and helped power along the school’s second-ever run to the Sweet Sixteen, making it fitting to crown all three as the 2019 Daily Journal Volleyball Co-Players of the Year.

“I didn’t realize it at first when Mady got the MVP vote [this year] until I went back through and I thought it was very appropriate,” Tigers coach Joel Huizenga said. “I just I love the fact that they were all honored because they’ve all meant a tremendous amount to this program.”

Huston was the first of her peers to jump into the deep end of varsity volleyball, earning a spot on the team as a sophomore as the starting outside hitter. And she wasted no time making sure the competition was well acquainted to her heavy-handed right arm, as she racked up 224 kills, 212 digs and 32 aces and led the Tigers to a nine-win improvement from the year prior.

By the time she wrapped up her prep volleyball career this fall, Huston found herself second in the rally score era in school history with 703 career kills and is also the career aces leader (150).

Huston said that it was the leadership practices she learned from her older teammates during that sophomore season, particularly former teammate Molly Cann, that helped her blossom into the player and floor leader she ultimately has become.

“Molly Cann was a really good role model — I really looked up to her and she’s a great girl,” Huston said. “I was more quiet — there were seniors and I was just a sophomore, but she was a big role model.”

After Huston burst onto the scene in 2017, it was Ruder’s turn to do the same last year. After picking up some action sparingly as a sophomore, she was thrust into the libero role as a junior and excelled — recording 369 digs, 66 assists and 33 aces as she picked up the MVP title.

While her all-around play improved and mostly all of her statistics improved, it was the service line where Ruder saw her greatest stride, racking up 74 aces on the season.

But Ruder said that what she thought her biggest contribution to the team was couldn’t be found in any stat book, but rather intangibly.

“I see everything that happens on both sides from a different perspective,” Ruder said. “As a libero, I always think to myself that I need to talk a lot … I just work on hyping my teammates up. I always tried to be the person there for them … the libero position is like the glue.”

With a pair of MVPs and almost all hands on deck from a year ago, the Tigers came into the fall with sky-high expectations, expectations they achieved on their way to an IHSA Class 2A Regional championship and a trip to the sectional championship, earning several tournament victories and a co-championship of the Illinois Central Eight Conference.

And a lot of that success was owed to Rogers, whose crafty, creative game at outside hitter blended perfectly with Huston and earned her this year’s team MVP award. She topped 200 kills on the season, 202 to be exact, and also added 236 digs and 36 assists to form a dynamic duo with Huston.

“Both hitters make me shake my head for such different reasons,” Huiizenga said. “Claudia has such a big, heavy-handed kill and the fact that Mady could just make those adjustments on the fly — using blocks and splitting blocks.

“It was just pure pleasure watching them and their senior classmates play.”

But that didn’t change Rogers’ approach or mindset to her game, a mindset that has been as consistent as her play.

“I just try to always stay consistent in my mind and stay the same as I always do,” Rogers said. “If we need to make adjustments on anything we do that, but it’s pretty much been the same mindset for me ever since I was younger.

“I just needed to stay positive and focused so I could have fun.”

While the three seniors and their seven classmates grew up playing school volleyball since the sixth grade, club and travel volleyball oftentimes pitted the schoolmates against, although also sometimes with, one another.

Huizenga said that the ability to take things from outside of the Herscher brand and incorporate it into what was being built within that program helped tenfold.

“It’s a testament to them and how they took their experience outside of Herscher volleyball and put it together for the betterment of our team,” Huizenga said. “They were able to put that together and put aside some ego on the way to fit together as a team.

“They wanted to win and they did what it took together to win. That’s what made such a huge difference.”

While the most valuable trio will now enjoy what remains of their final year of high school before departing on their own college journeys, the memories and achievements they accomplished will forever keep them united.

“No matter win or lose, we were able to overcome any hardships we had throughout the season,” Rogers said. “I think that’s what made us successful through it all is that we were able to be confident in each other and play for each other.”