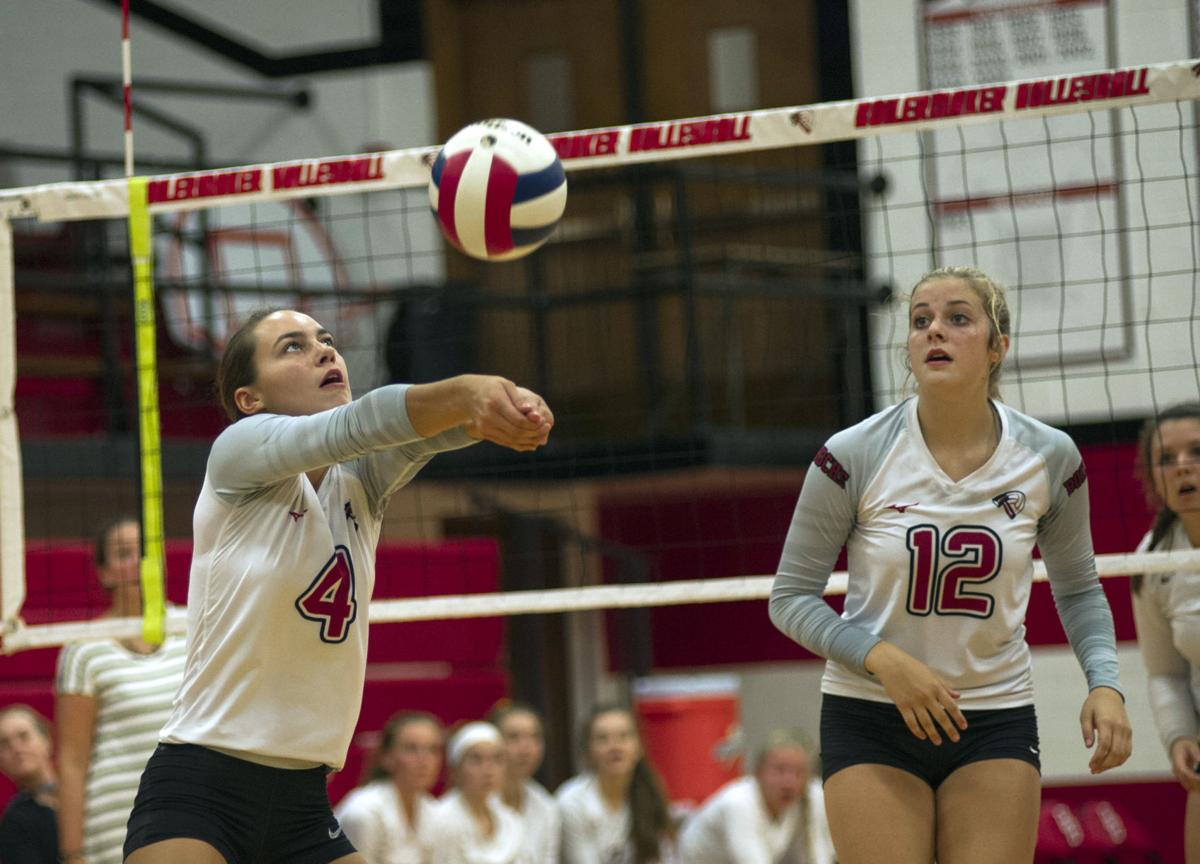 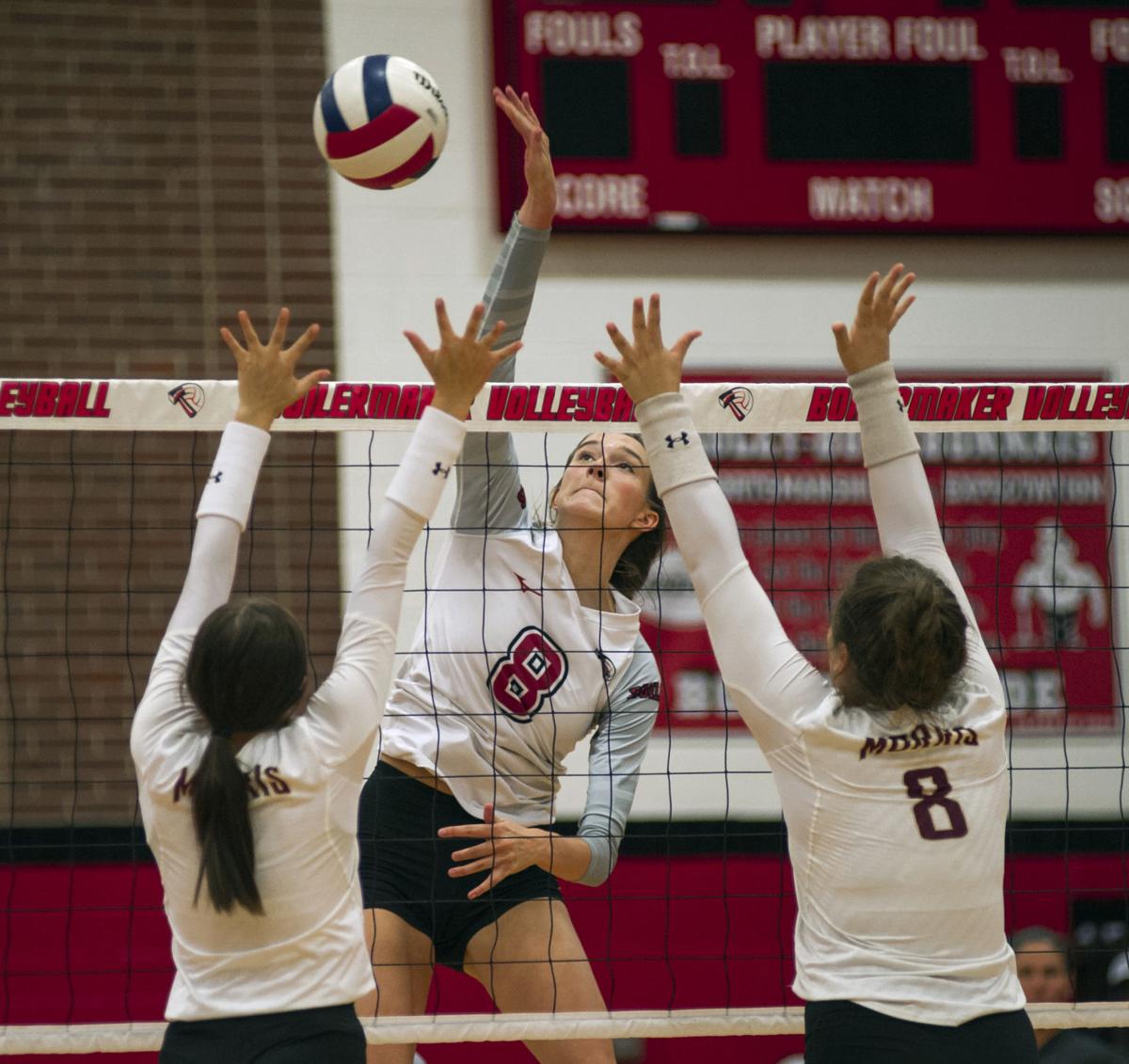 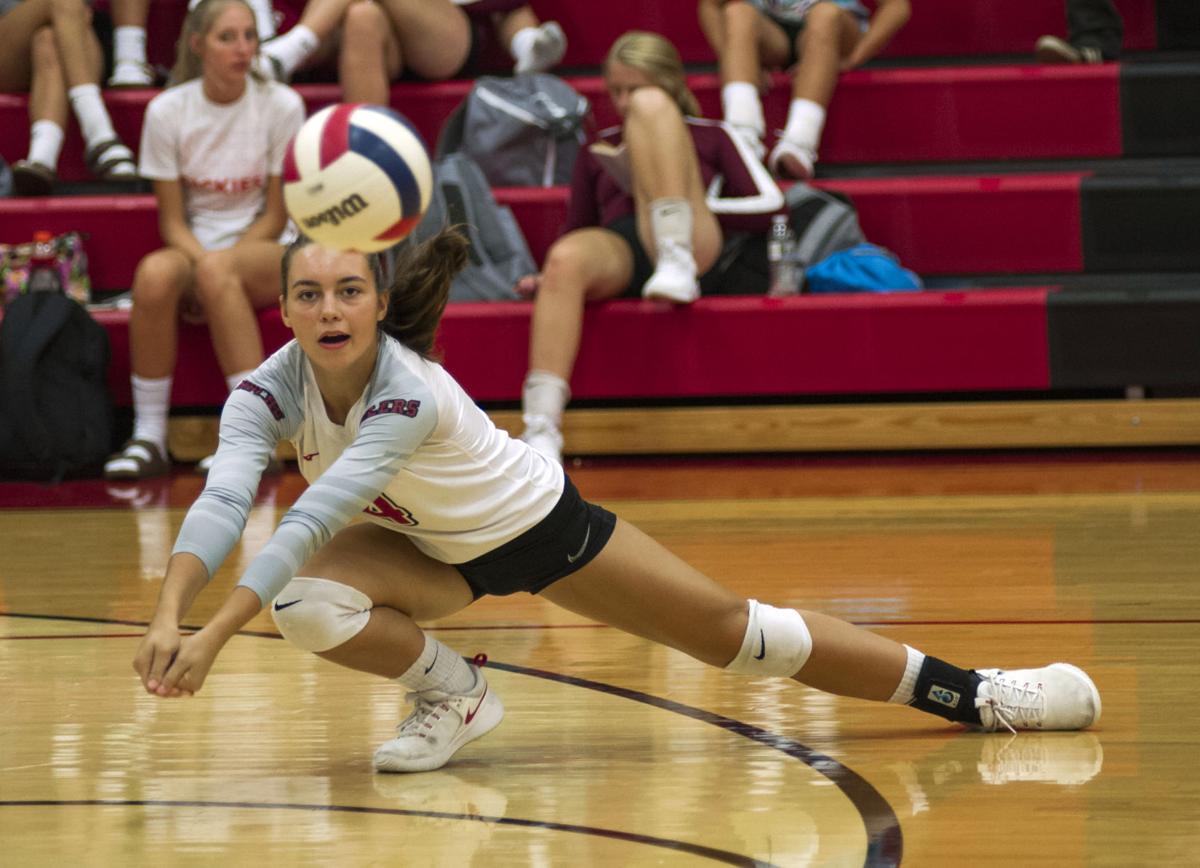 Bradley-Bourbonnais' Courtney Allen tries to make a dig during Monday's matchup against Morris. 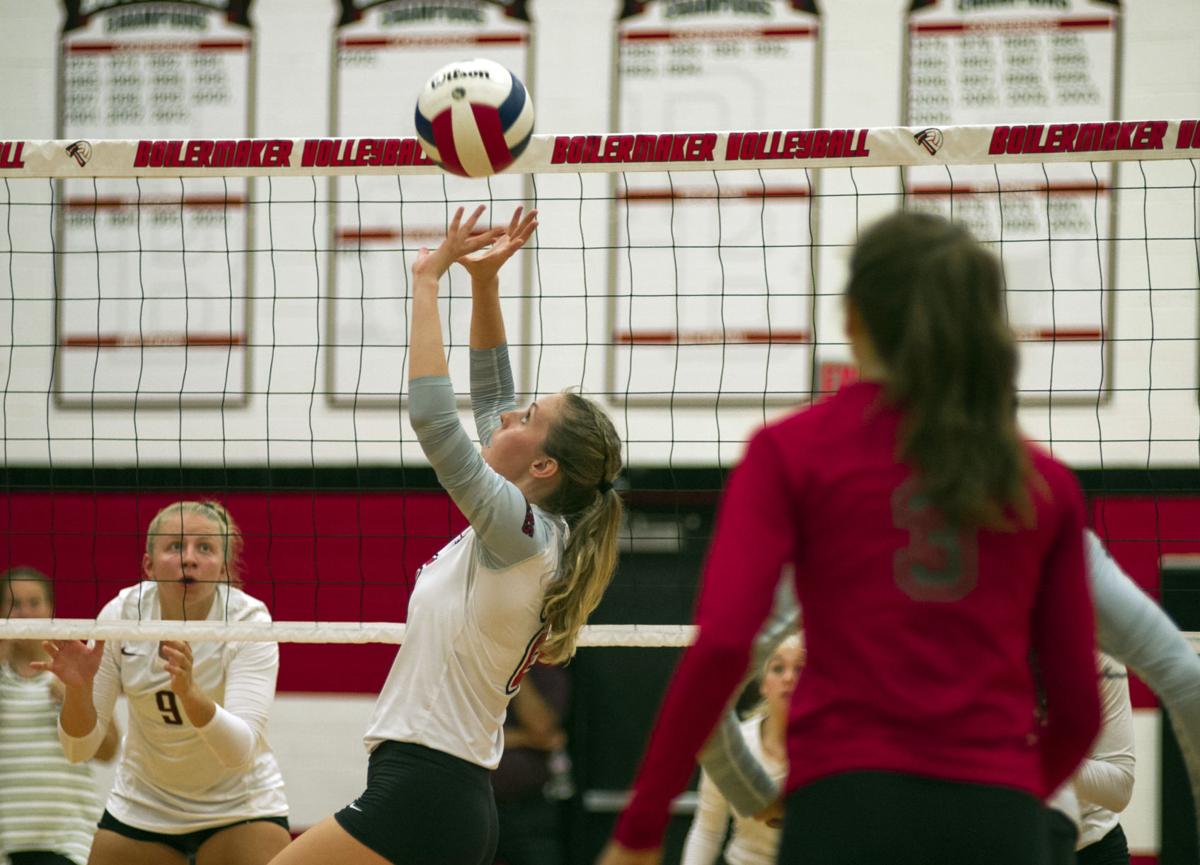 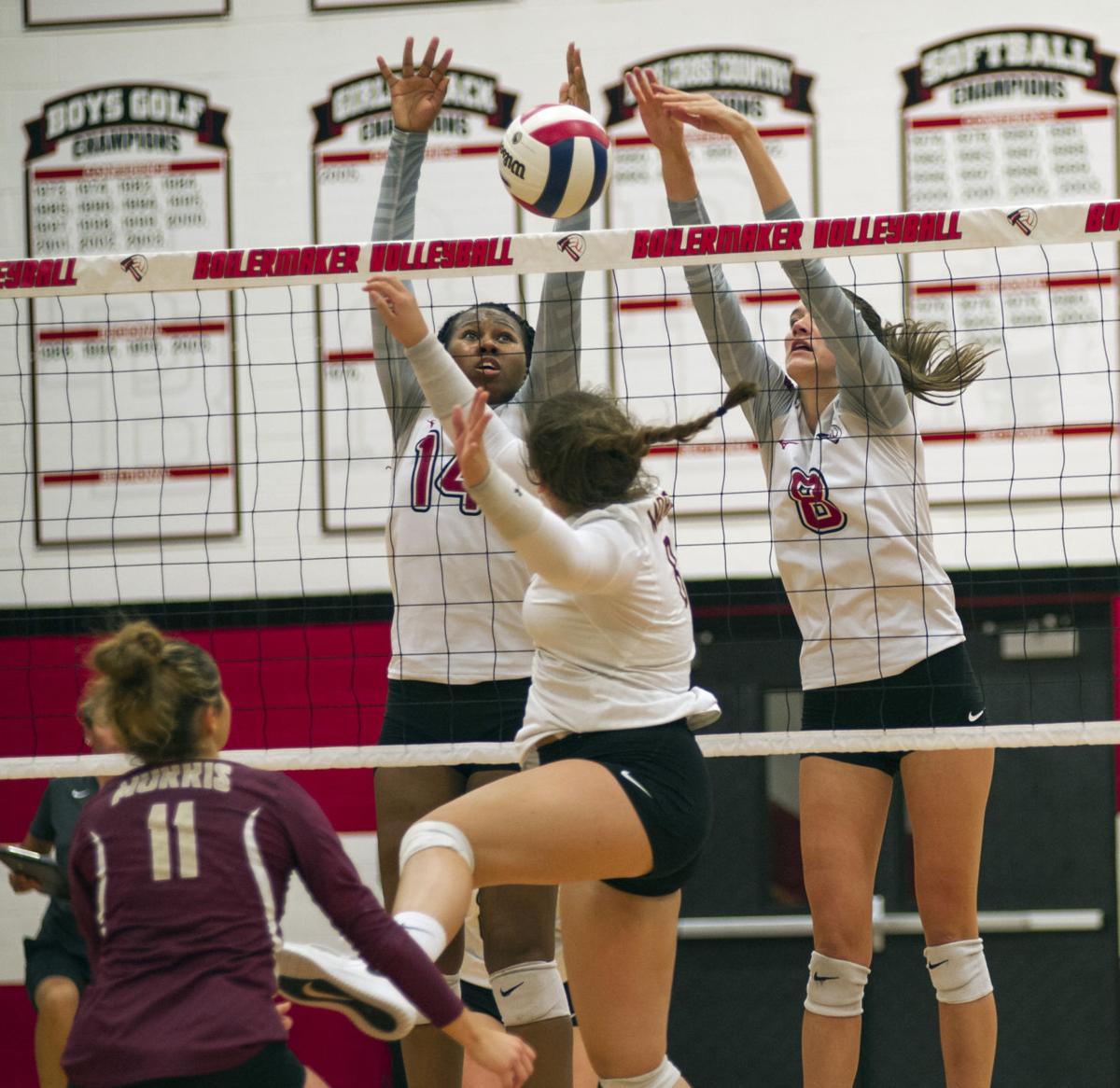 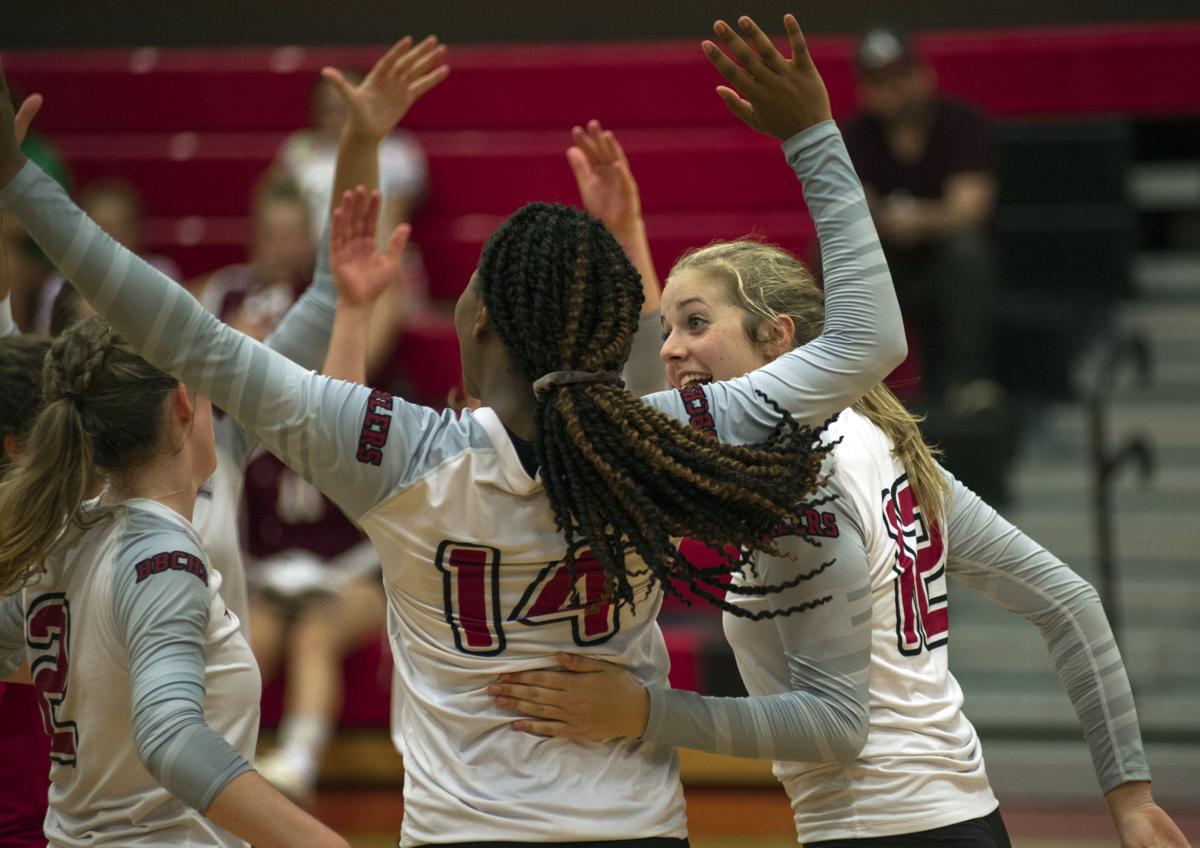 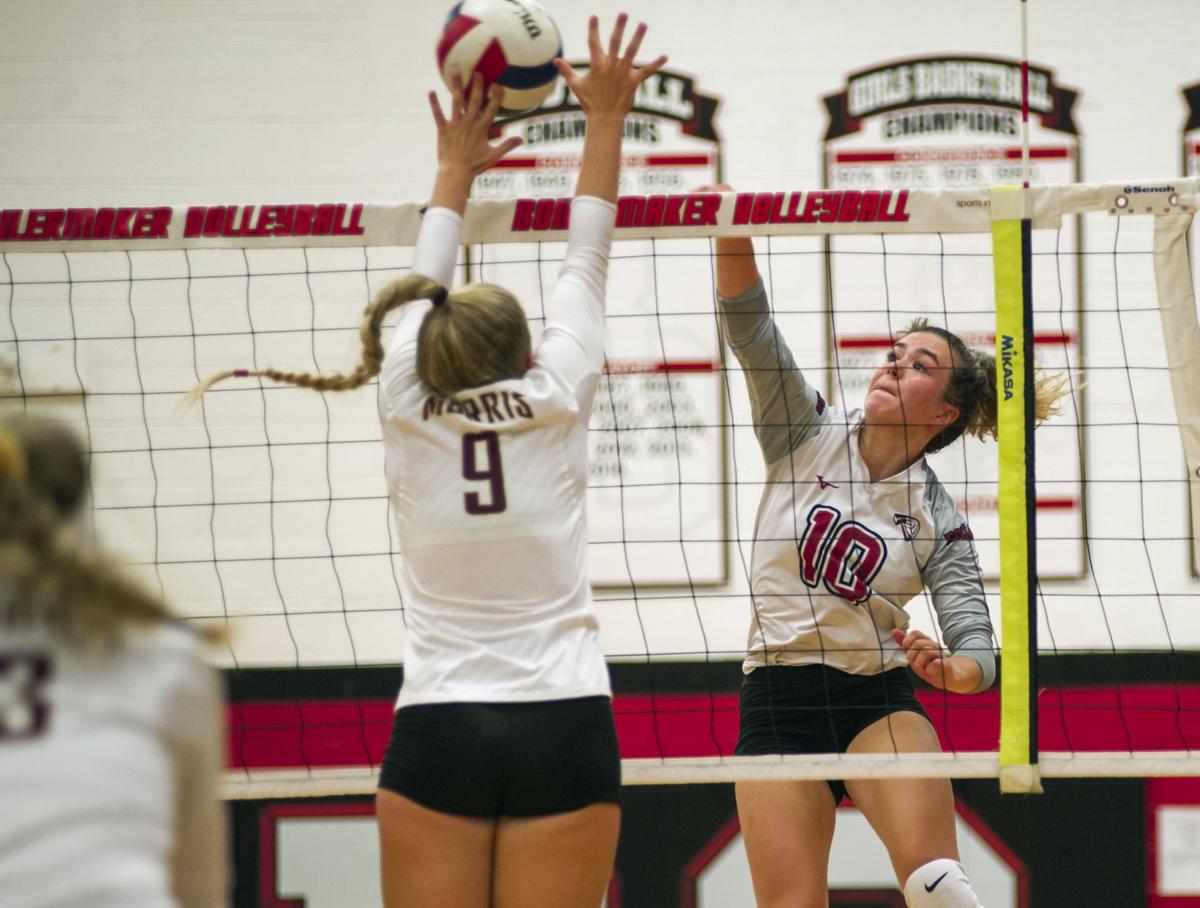 Bradley-Bourbonnais' Courtney Allen tries to make a dig during Monday's matchup against Morris.

When things are really clicking for Bradley-Bourbonnais, the Boilers look nothing short of unstoppable.

All those things came into play Monday in Bradley-Bourbonnais’ three-set win against Morris, but the conundrum for the Boilers was for every dazzling stretch of dominance, there seemed to follow a stretch of mistakes.

Things started rather poorly for B-B, as Morris dashed out to a quick lead then held off multiple rallies en route to a 25-23 win in the opening set. The Boilers peaked midway through the set and actually swung a 3-8 early deficit into a 18-15 lead as Hunter, Kemp and Januski bombarded the Morris line and dominated at the point of attack, but they lost their head of steam in the end and took an opening loss.

“We had a long weekend with two matches on Friday night and three on Saturday, so I was a little concerned about how much energy we were going to have today,” Boilers coach Leigh Ann Reiniche said. “We had three goals — playing with energy, playing consistent defense that starts with the block at the net and making sure that we run a consistent offense.

During the course of the second set, the Boilermakers obviously had those goals in mind as they put on a clinic and evened things at one set apiece with an impressive 25-16 win.

It was a thing to behold, as the Boilers’ offense ran as designed with its three stud hitters wreaking havoc on Morris’ much smaller roster. If B-B can bottle the intensity it displayed Monday’s second set, it will be a real problem for just about anyone that appears on the schedule this fall.

“I feel like our mental stability is gaining throughout the season so far. I know it’s still early, but in the beginning of the season, we may not have pulled this one out,” Reiniche said. “Tonight, we made some aggressive plays when we needed them, and it counted, and I feel like their capacity for wanting the ball in those times is gaining.

“Our biggest thing is going to be serving consistently and working on our defensive spots,” she added. “Starting in our base and transitioning into our defense based on where the block is and being reactive based on the tendency of the opponent and reading them instead of just moving and expecting something to happen.”

The deciding set was anything but breezy for the Boilermakers. They led for nearly all of it but had a significant scare with everything on the line. Morris knotted things up at 23-23, tying things up for the first time since the match opened.

But Kemp led the way in the end as the Boilers delivered the final blow with two consecutive points to put send Morris home with a 25-23 lead in the third and final set.

Kemp’s dominance up front coupled well with her reliable serving, and Januski’s versatile combination of power and finesse up against the net was invaluable in the victory.

The win improved Bradley-Bourbonnais’ overall record to 6-3 overall. The season resumes at 7 p.m. today on the road in an All-City showdown with the Fighting Irish across town at Bishop McNamara.