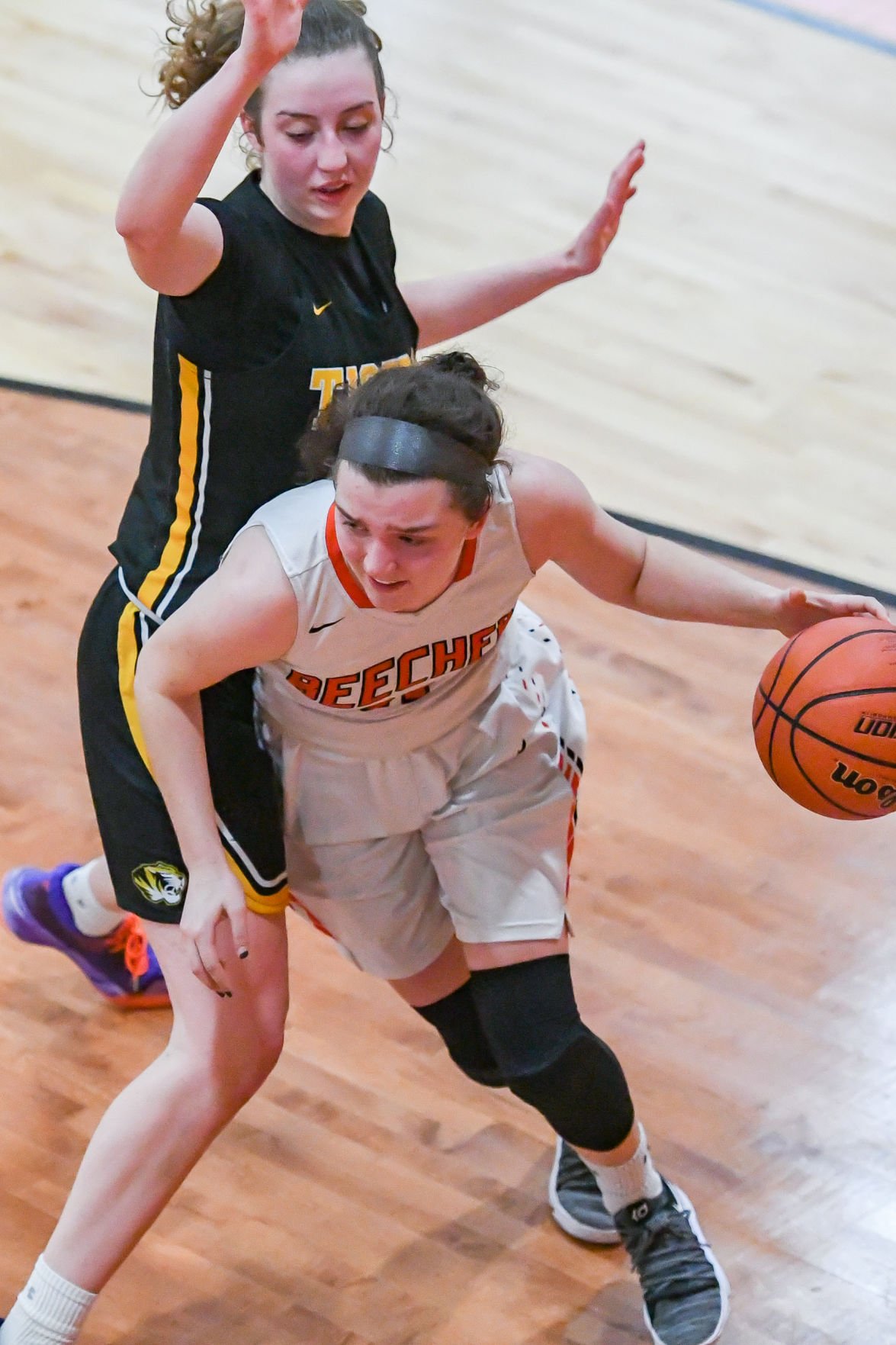 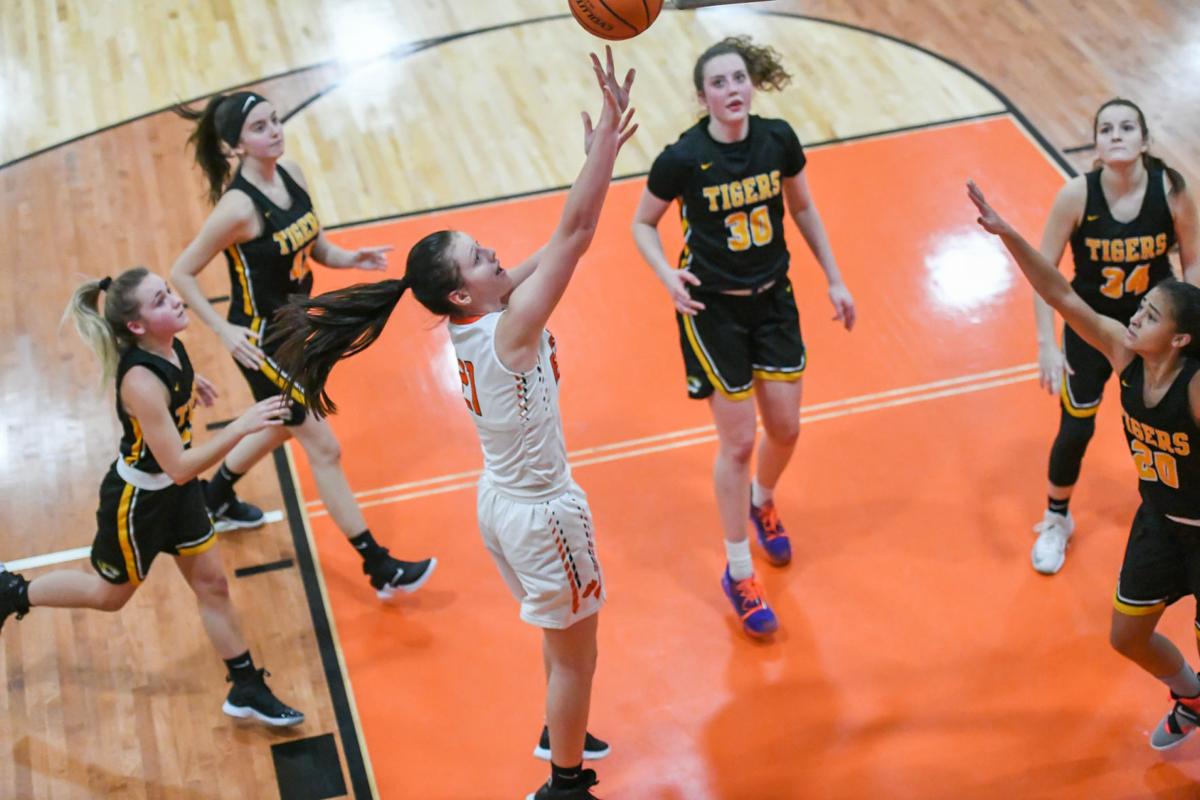 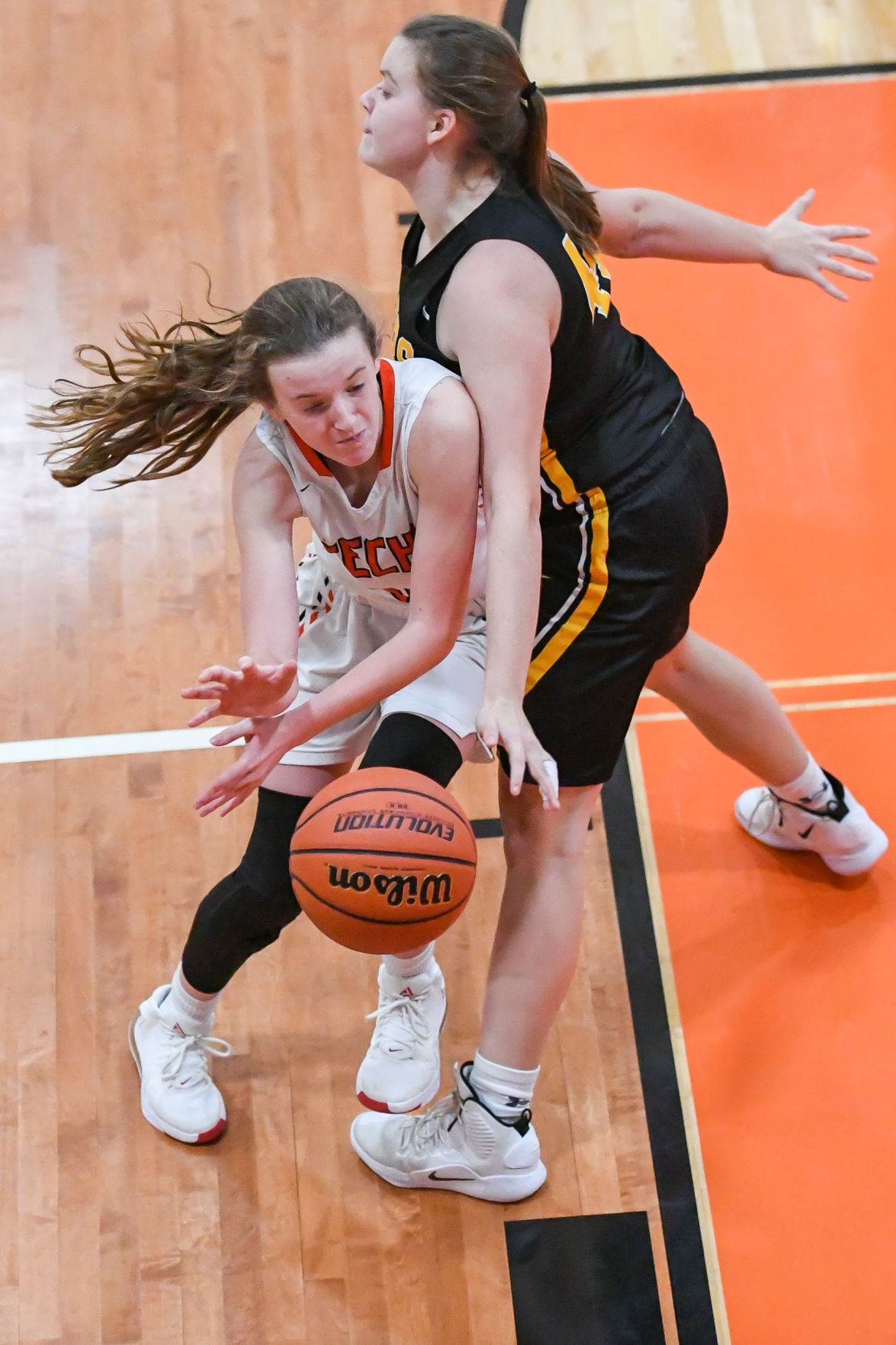 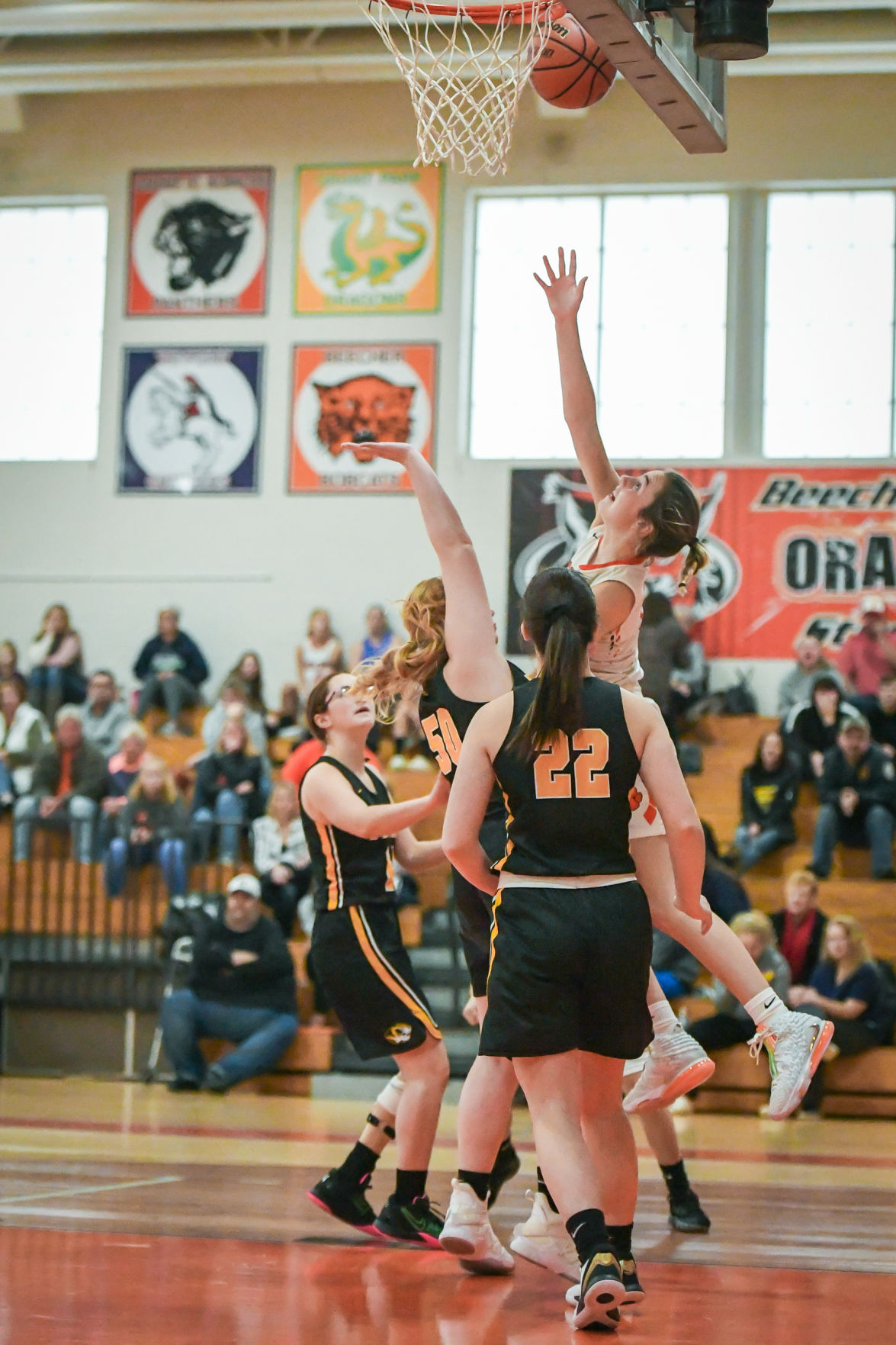 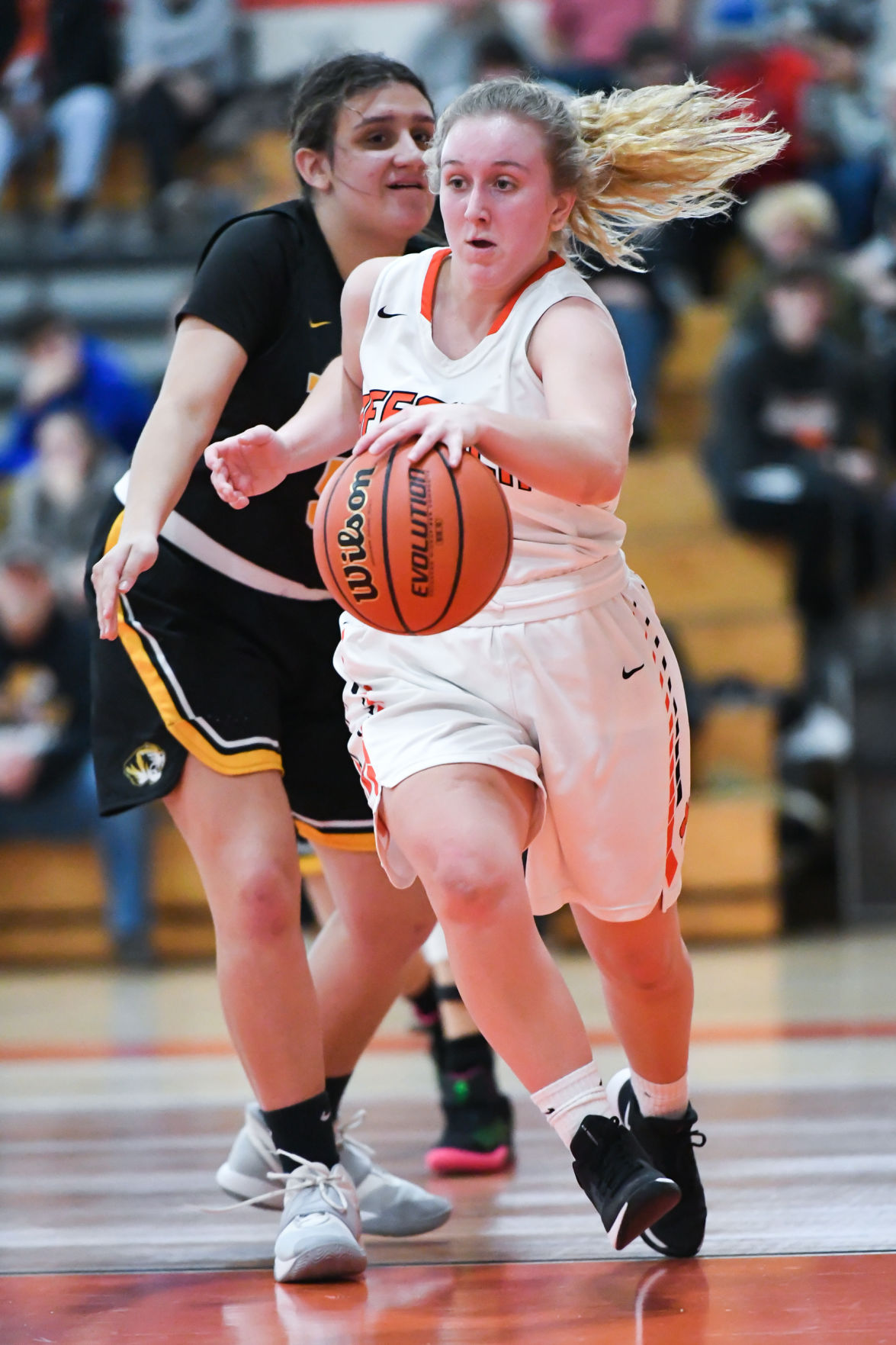 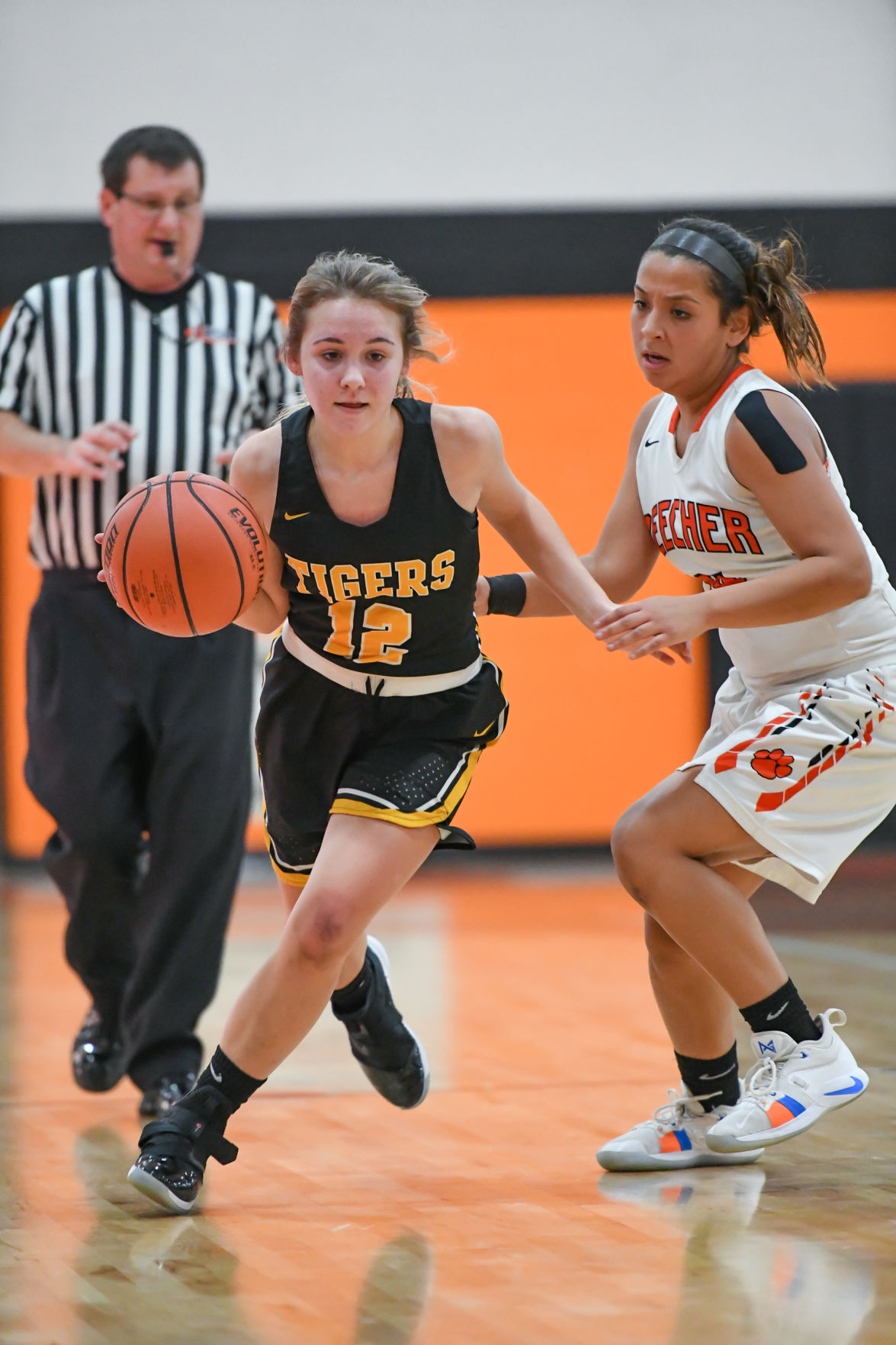 A 23-point explosion in the second quarter and a second-half defensive performance in which they allowed just 18 points propelled the Bobcats to a big nonconference victory against the Tigers.The Bobcats were on fire from deep, sinking 11-of-25 3-pointers. They won the rebounding battle 38-30, including 18 offensive rebounds, which led to 19 second-chance points. The Bobcats had 19 points off of 24 Tigers turnovers.

Mya Johanson was resilient for the Tigers in the loss, finishing with a game-high 30 points, including three 3-pointers and a 5-for-6 day at the free-throw line.Boys basketball

Robbie Wesselhoff set a school record with nine 3-pointers to lead the Panthers to victory against the host Coalers with a game-high 32 points during the Coal City Thanksgiving Tournament.Payton Hutchings had 23 points for the Coalers, who also got 17 points from Jarod Garrelts.

After the two River Valley Conference rivals entered the half tied, two points in the third proved to be the difference after a deadlocked fourth quarter in the first of three games between the two squads this season.Duane Doss scored 15 of his game-high 25 points in the second half to lead the Bobcats. Ryan LeBlanc hit a pair of early 3-pointers and had 12 points on the day. Mitch Landis added seven points.

The Trojans dropped a heartbreaker in which they even had a look at a buzzer-beating 3-pointer before falling just short during the Route 17 Classic.

Momence was tied after a quarter but fell behind by the half and never was able to come back. Jaden Walls led the team with 14 points, and Johnnie Williams added eight points, and McShun Walls had seven points.Herscher 45, Reed-Custer 36

In a matchup of Illinois Central Eight black-and-yellow rivals, the Tigers reigned supreme with a nine-point victory in the final day of the Seneca Thanksgiving Tournament.

Jack Holohan led all scorers with 19 points for the Tigers. Logan Lunsford also finished in double figures with 12 points.

Jacob Heisner posted a double-double for the Comets with 11 points and 15 rebounds. Gage Stamm had nine points, nine rebounds and three assists, and Blake Foster added eight points, seven boards and a pair of steals.Milford 52, Schlarman 47

The Bearcats bested the Schlarman Thanksgiving Tournament host by outscoring them 19-7 in the fourth quarter, the only quarter in which they held the lead at the buzzer.

Trace Fleming had 17 points to lead all scorers. Tanner Sobkoviak added 16 points for the Bearcats, and Trey Totheroh chipped in with seven points.Eureka 68, Iroquois West 49

The Raiders faced just a three-point halftime deficit before being outscored 38-22 down the stretch during the GC-M-S Thanksgiving Tournament.

The Wildcats got balanced scoring during regular season play Saturday, as four players scored at least nine points in their nonconference home victory.

Ben Krietz had 17 points to lead the way for the Wildcats. Tyler Willis had 10 points, and Trey Shaw and Tyson Meents added nine points apiece.Central 44, Watseka 32

After a low-scoring first half that saw the Comets take a 16-15 lead to the break, Central rallied for 28 points in the second half to run away with a victory against its Sangamon Valley Conference foe.

Jacob Shoven led the Comets, and all scorers, with 19 points, and Nathan Gray was the only other Comet with more than four points, finishing with 13 points.

Drew Wittenborn was the high-man for Watseka with nine points. Jordan Schroeder chipped in with seven points.WRESTLING

Sixteen different Coalers won matches, and another 10 victories went to the Coalers via forfeit. Zach Finch and David Papach each were victorious in two matches, and defending state champion Daniel Jezik was one of several Coalers to win his only match on the day.