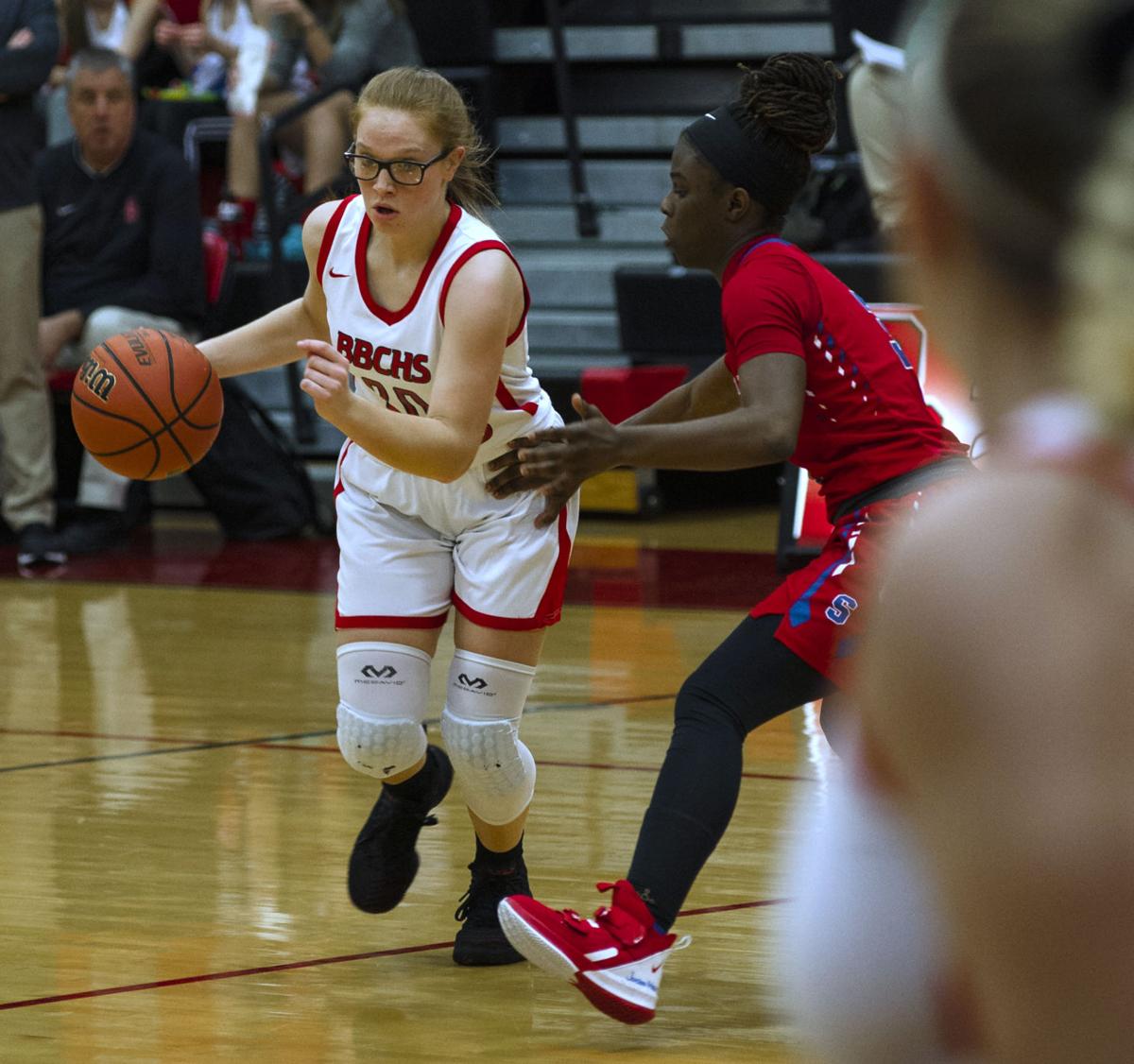 Bradley-Bourbonnais' Addison Lombardi controls the ball, as Rich South's Keimora Banks guards during Monday night's game at BBCHS. The Boilers led at the end of the second and third quarters but ultimately fell to the Stars 49-40. 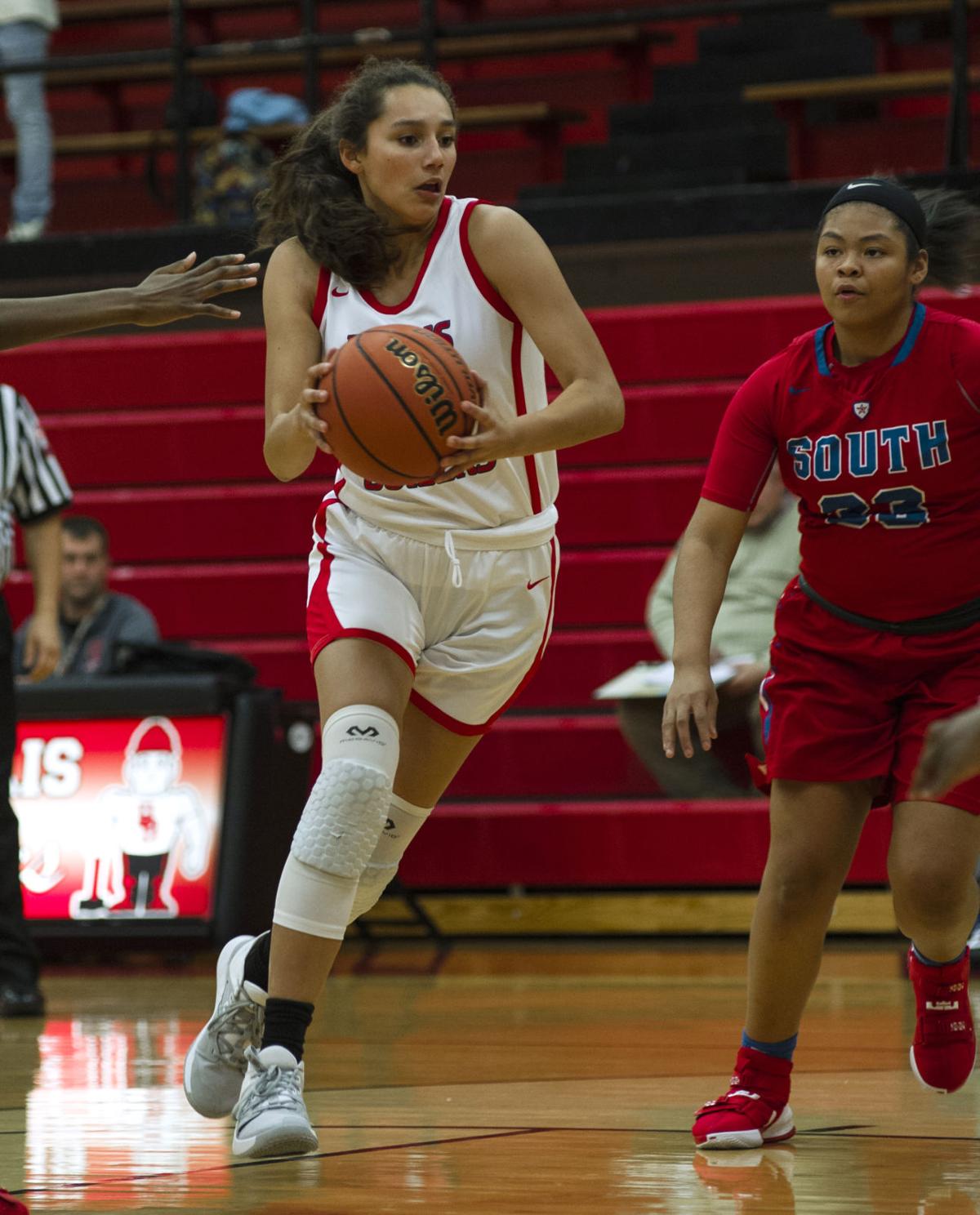 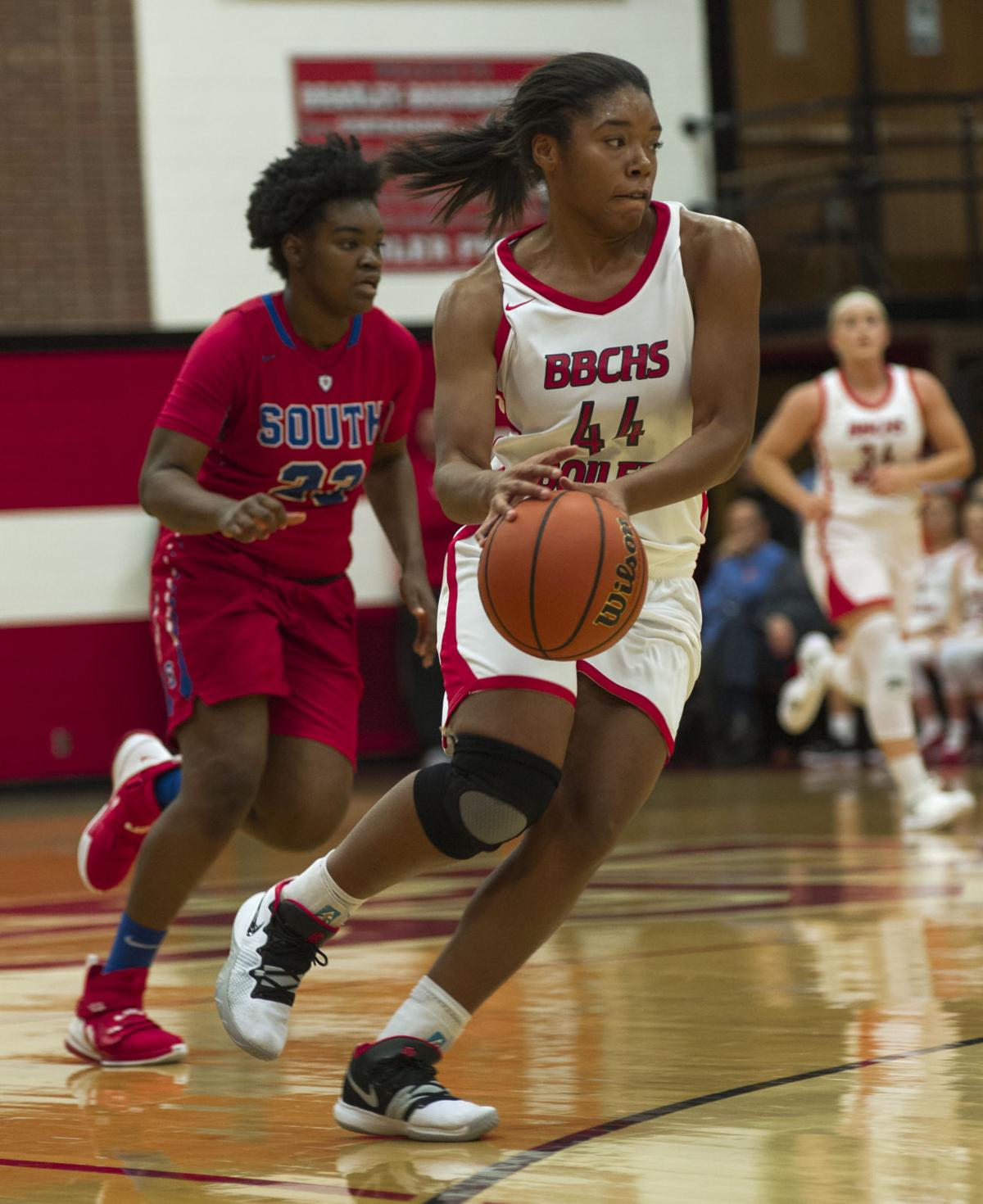 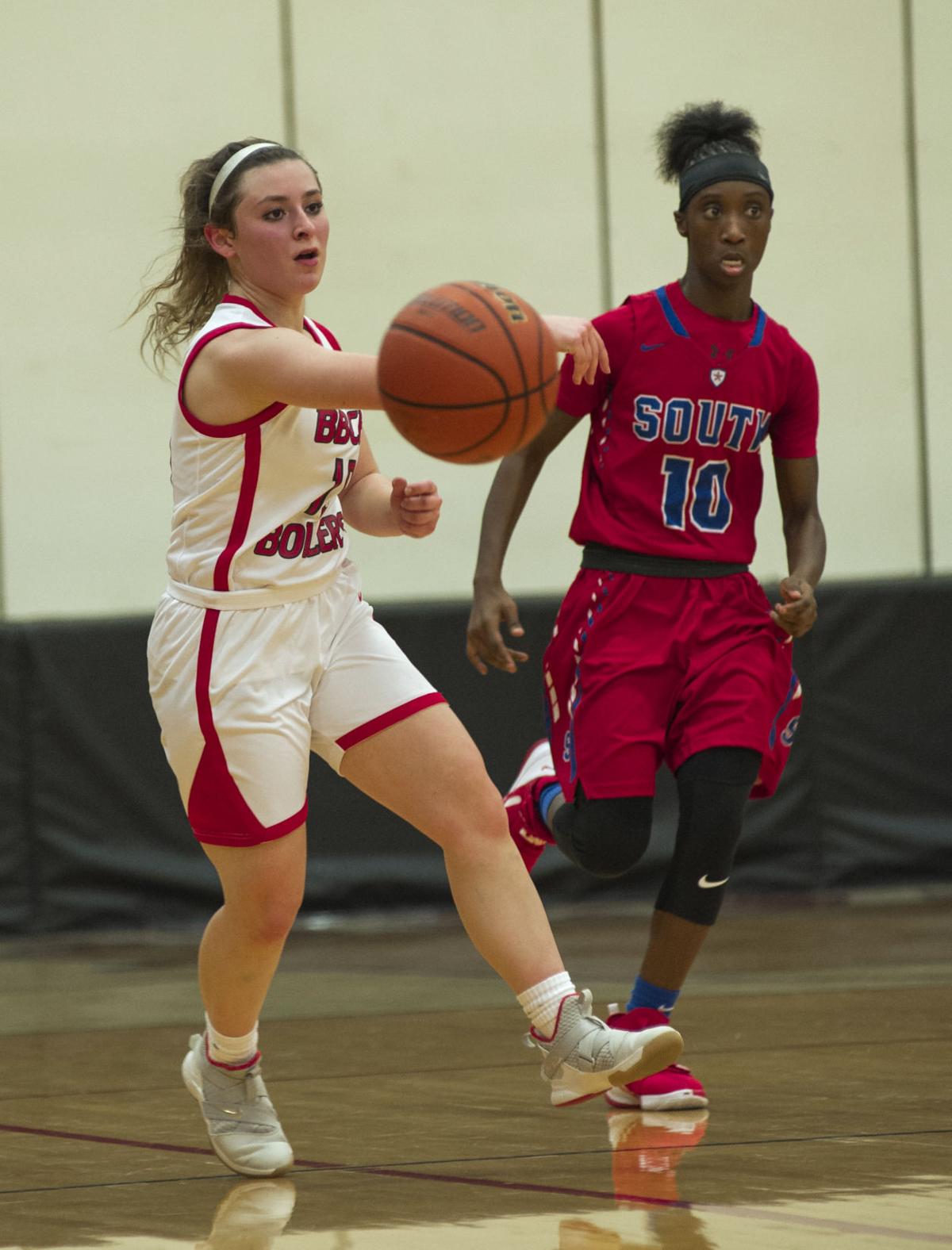 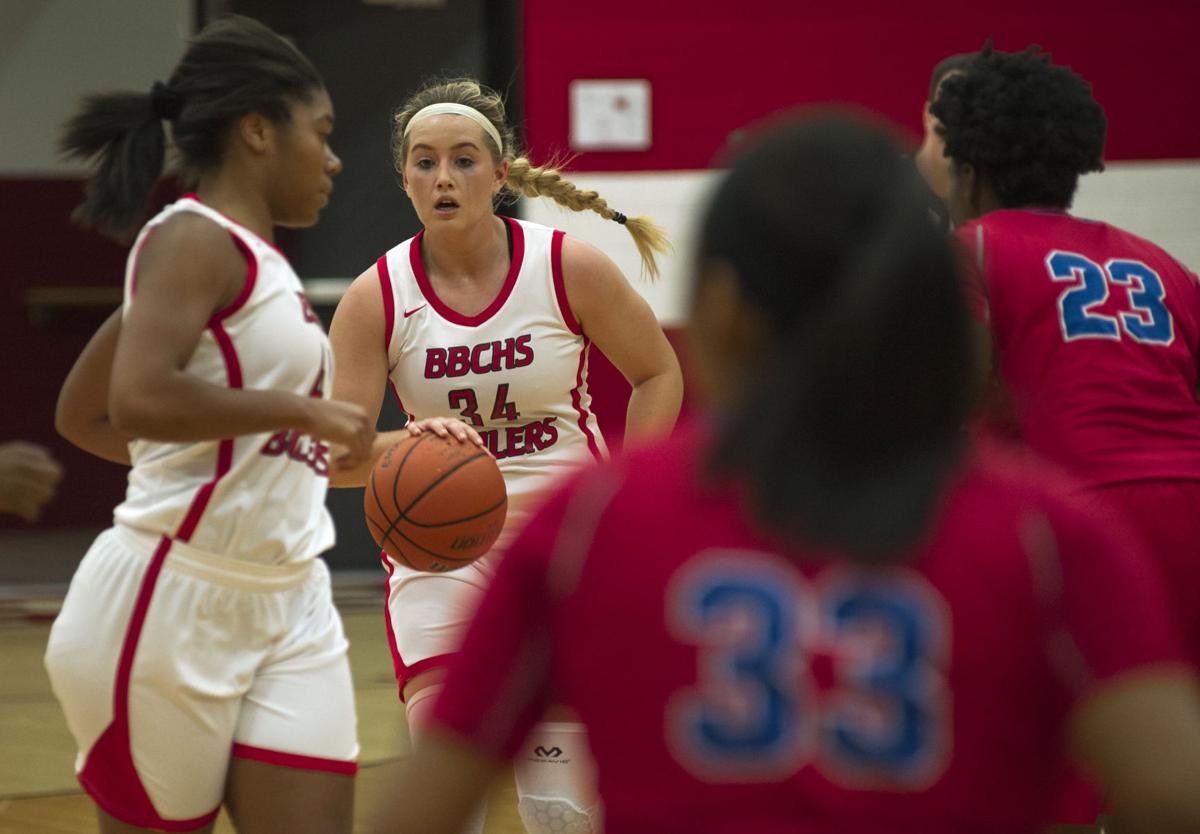 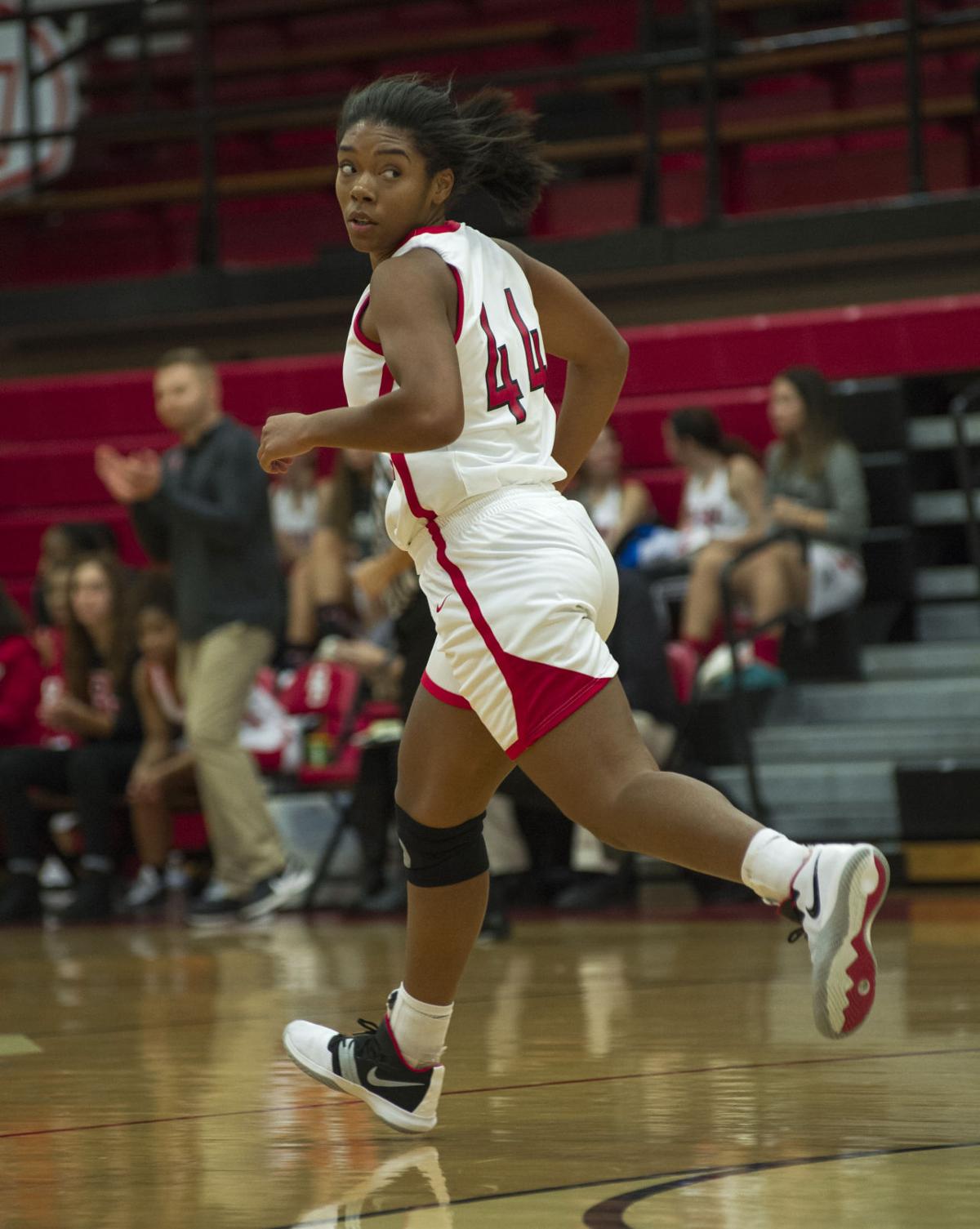 Bradley-Bourbonnais Community High School's Gaetana Davis gets back on defense after hitting a shot during Monday night's game against Rich South High School.

Bradley-Bourbonnais' Addison Lombardi controls the ball, as Rich South's Keimora Banks guards during Monday night's game at BBCHS. The Boilers led at the end of the second and third quarters but ultimately fell to the Stars 49-40.

Bradley-Bourbonnais Community High School's Gaetana Davis gets back on defense after hitting a shot during Monday night's game against Rich South High School.

BRADLEY — Bradley-Bourbonnais’ girls hoops team knew it was going to have its hands full with a Rich South team that already had accrued a handful of quality wins before taking its 5-0 record into Turner Gymnasium in Bradley on Monday.

The Boilers answered the call early with a momentous 25-7 run to close out the first half, but the home team sputtered down the stretch, going without a point in the fourth quarter, as the Stars climbed back for a 49-40 win.

The Stars improved to 6-0 on the season, and the Boilers fell below .500 at 3-4 in what has been a loaded early season schedule with a loss coach Evan Tingley said he and his team could find a lot of positives in.

“There’s a lot more good than bad tonight. That’s a really good team that was undefeated coming in, and we knew it was going to be a battle,” Tingley said. “I thought we did a good job of answering the bell, especially after those first couple minutes.”

The Stars quickly jumped out to a 16-6 lead, scoring all but two of their points off of turnovers and offensive rebounds.

The Boilers recovered in a major way, as what was a 14-3 run when Gaetana Davis’ layup gave them their first lead at 20-19 ballooned into a 25-7 run to give the Boilers as large as an eight-point lead before settling for a 31-25 lead at halftime.

Tingley attributed a little bit of everything to the turnaround that ended the half, citing clutch shooting on offense to disciplined box-outs on defense.

“I really think it could have been [a] 10 or 12 [point lead], which I kind of regret a little, but we were right there,” Tingley said. “We played a good half — we shot it well; we got open shots; we guarded hard; we boxed out — we did all of the little things.”

Davis was vital in all of those small things in that monstrous run, as the senior forward scored all 10 of her points during that span. Classmate Emma Russell dished all nine of her assists in the first half, and senior Evey Evans scored nine of her team-high 12 points in the opening two quarters.

“Our seniors in general do a really good job of guiding the ship, and I thought our seniors all did really well tonight,” Tingley said. “They know what it takes to win, and we were doing a lot of good things. We’ve just got to put four quarters of that together.”

The Stars made their run in the third quarter, scoring 12 of 15 points to take a 37-34 lead before the Boilers got back-to-back 3-pointers from Evans and Faith Davis to take a 40-37 lead to the fourth quarter.

Unfortunately for the Boilers, those 3-pointers were the last points they would score on the night. They had six turnovers, and on the occasion they were able to get a good look, Stars rim protector Destiny Goodwin was there to reject the offerings, recording three of her six blocks on the night in the fourth.

“Ultimately in the second half, we turned the ball over too much, and that was the story of the game,” Tingley said. “And I think if we got [the Stars] in the half-court more, it was obviously better for us.”

The Boilers will hit the road Thursday for SouthWest Suburban Conference action at Lincoln-Way East at 6:30 p.m.