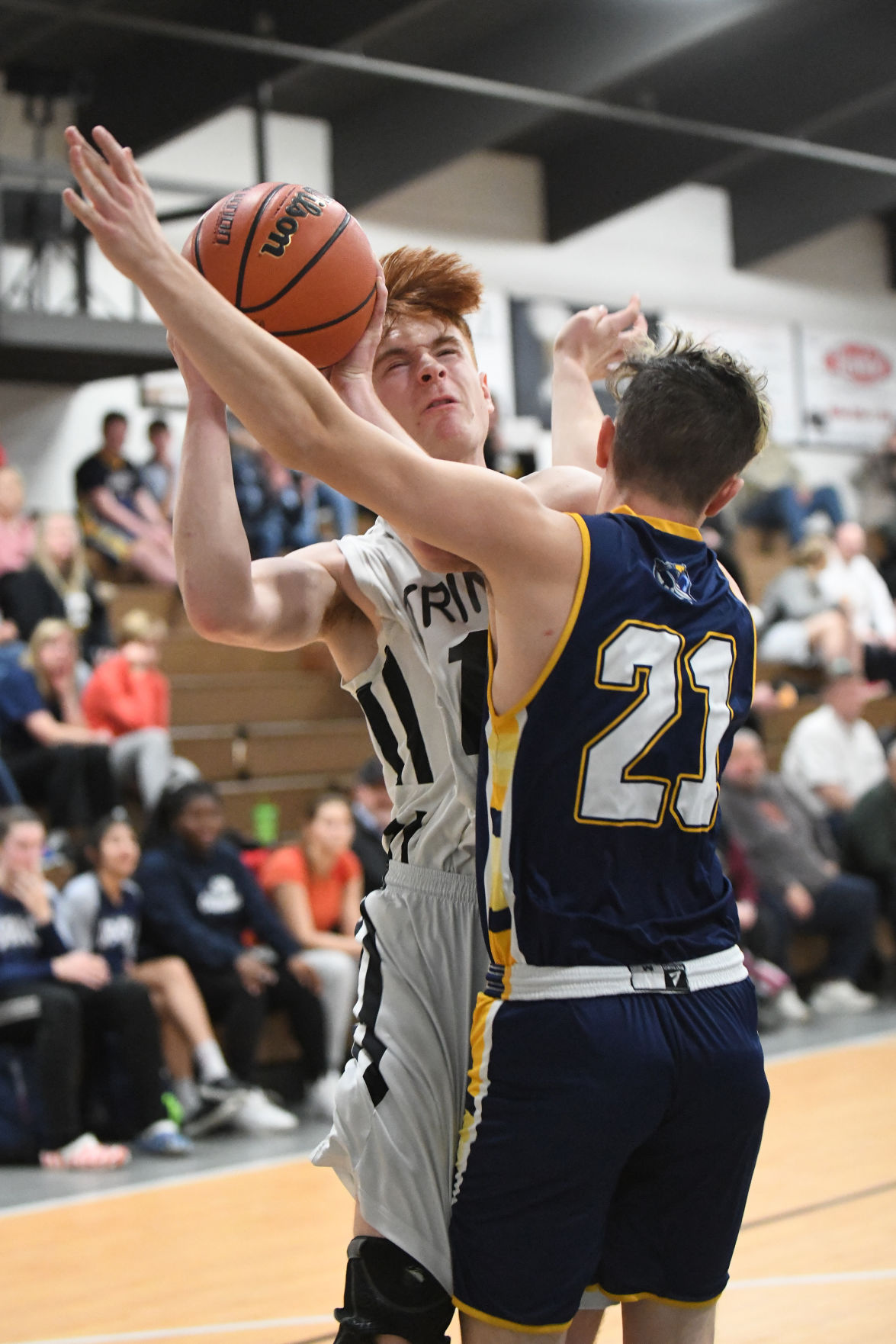 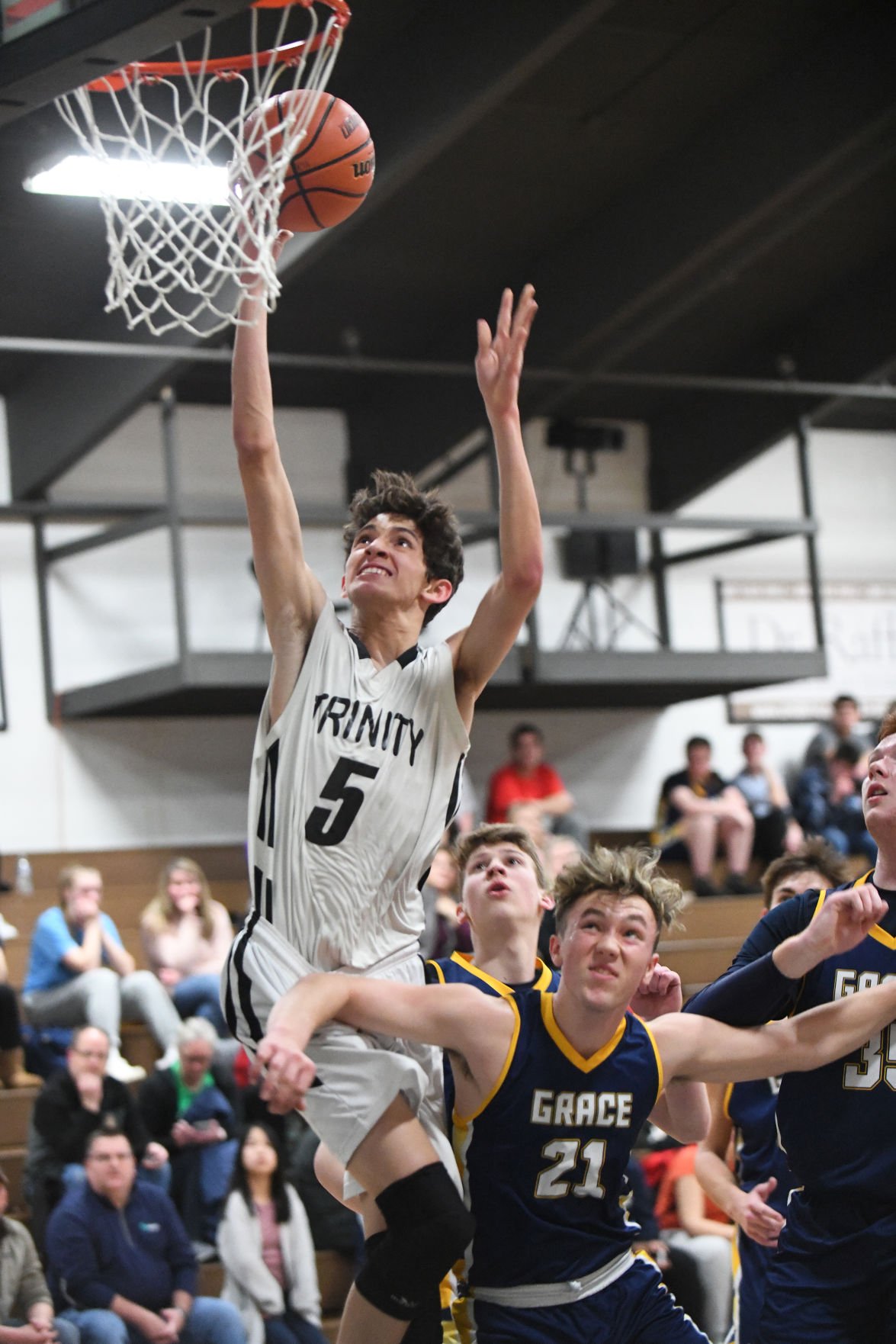 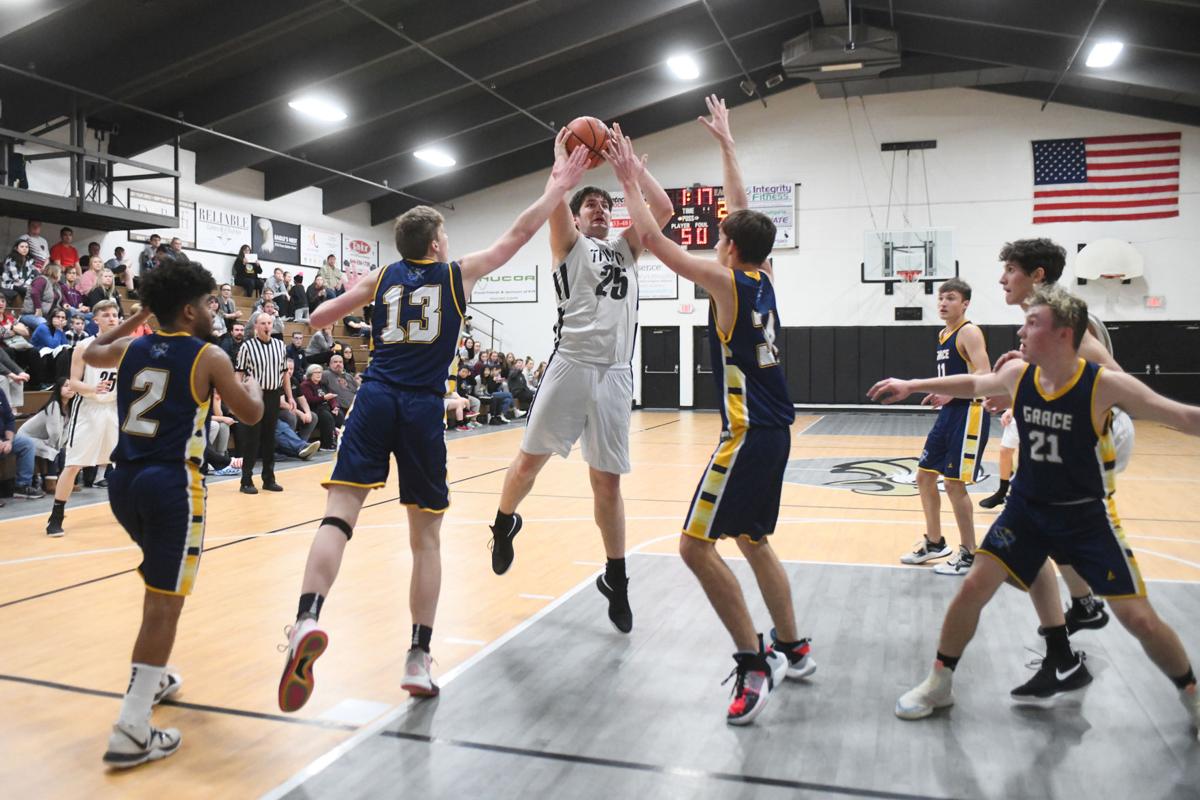 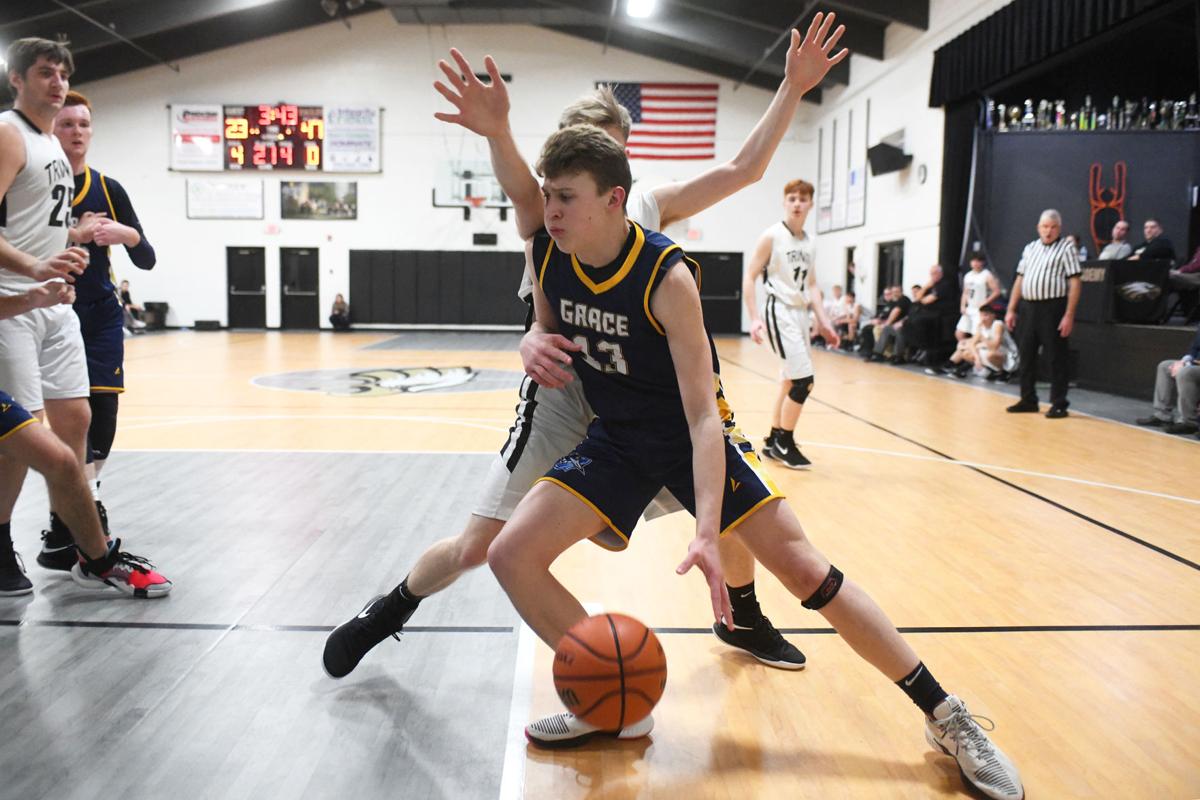 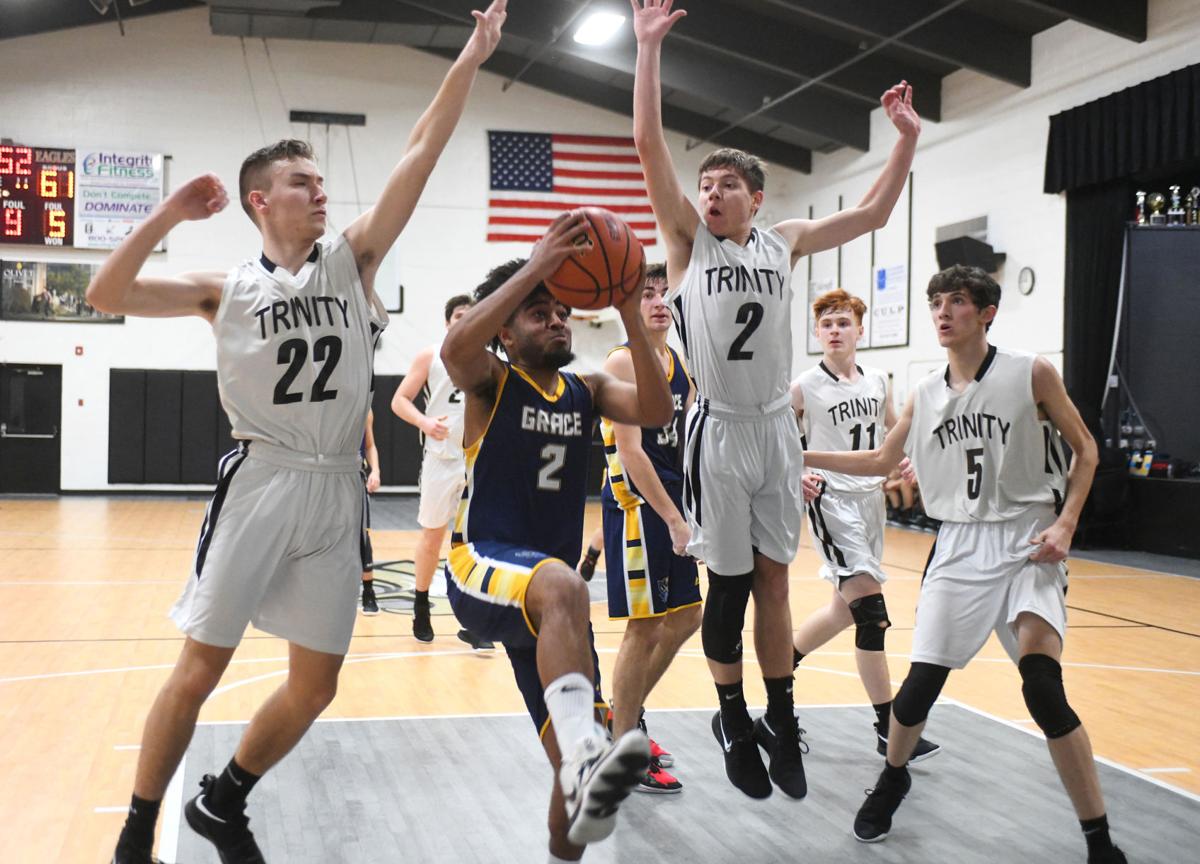 The Kankakee Trinity Academy Boys basketball team is very good, but it is not perfect.

That doesn’t mean the Eagles can’t strive for perfection, and the quest for excellence is something coach Mike Lawrence had on his mind as he evaluated a 70-52 win against rival Grace Christian on the Eagles’ home floor Tuesday to improve to 19-1 on the season.

“It was not our best game,” Lawrence said of Trinity’s second win against Grace in as many weeks and its third of the year. “We made a lot of mistakes, but we played well enough to win.”

A slow start that allowed the Crusaders to stay in the game early was among Lawrence’s concerns. Trinity missed its first six shots, and Grace was able to find the basket, and the Crusaders trailed by only one point at 13-12 near the end of the first quarter before the Eagles took a slim three-point lead into the second period.

Senior center Max McCleary was able to get Trinity on track after a slow start. He used his size advantage to score in the interior, making his first four shots en route to a nine-point first quarter. By game’s end, McCleary had tallied 22 points to go along with 14 rebounds.

Trinity’s talented group of perimeter players was somewhat off the mark Tuesday and McCleary sank 9 of 15 shots from the field, but he said the opposite is sometimes true, and he was happy to pick up the slack in this case.

“When Jackson [fellow interior player Jackson Wade] and I are not hitting, they can pick up the slack,” McCleary said.

During time, Trinity did build a comfortable lead, as it held a 10-point halftime lead and a 16-point edge after three quarters. But the Eagles never put Grace away until the final moments.

Zach McGuirt was a big reason why.

McGuirt led all scorers with 24 points, including 12 in the fourth quarter. He and guard M.J. Lonergan (15 points) accounted for 75 percent of the Crusaders’ scoring.

The Eagles once again will look to defend their house Friday when they host Chesterton Academy at 7 p.m. Grace, now 2-11, will host Porter Christian at 7 p.m. Friday.

The Trinity girls team is now 15-3 after earning perhaps its biggest win of the season in a hard-fought defensive struggle that was similar to last week’s game that ended with a Grace victory.

Neither team led by more than five points in the fourth quarter, and Grace got two potential game-winning shots off just before the final buzzer sounded. It was the first loss of the season for the Crusaders.