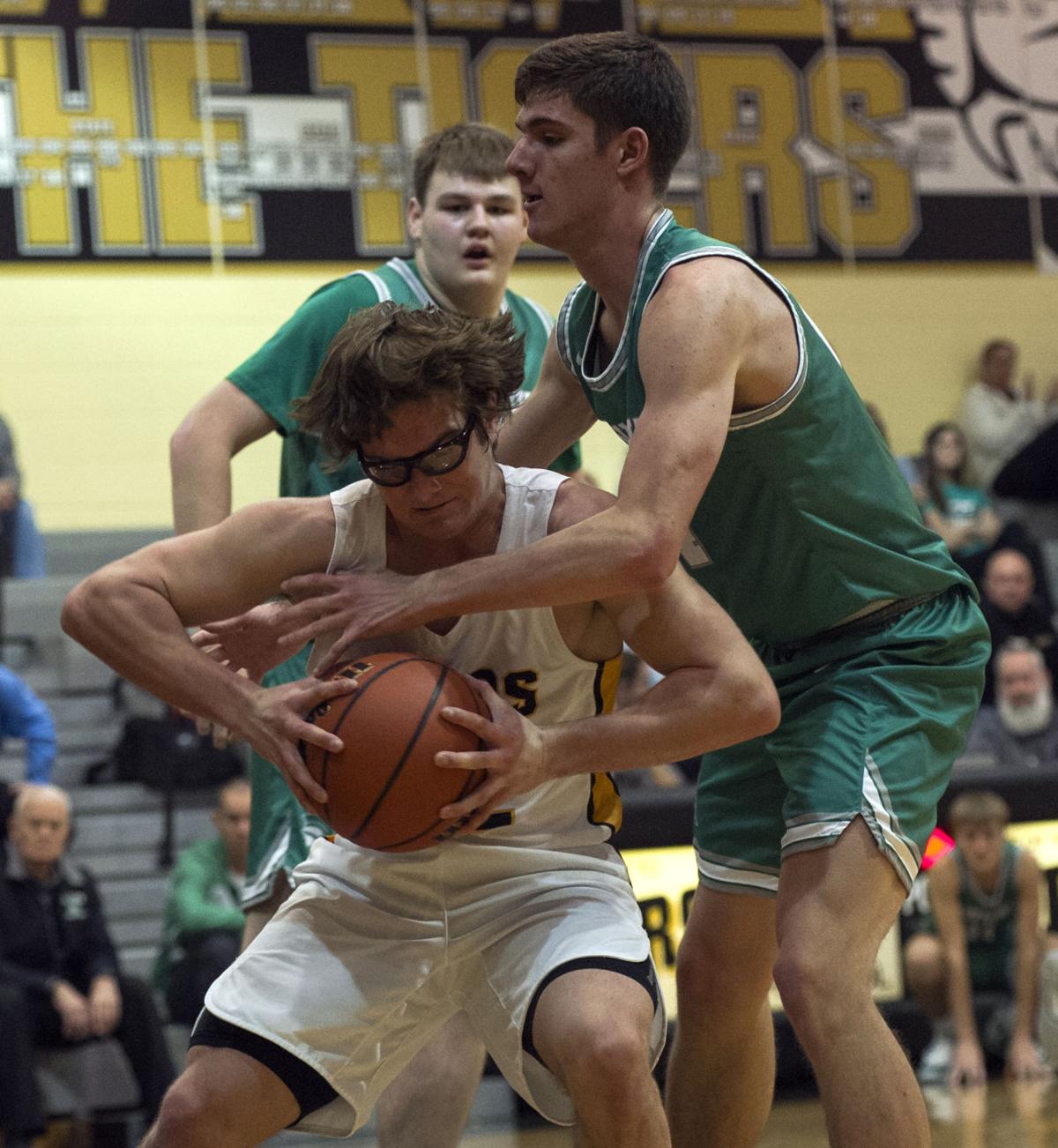 Herscher's Logan Lunsford, left, hangs onto a rebound against Dwight's Bryson Connor during Tuesday night's game in Herscher. Lunsford's buzzer beater at the end of regulation gave the Tigers a 53-51 win. 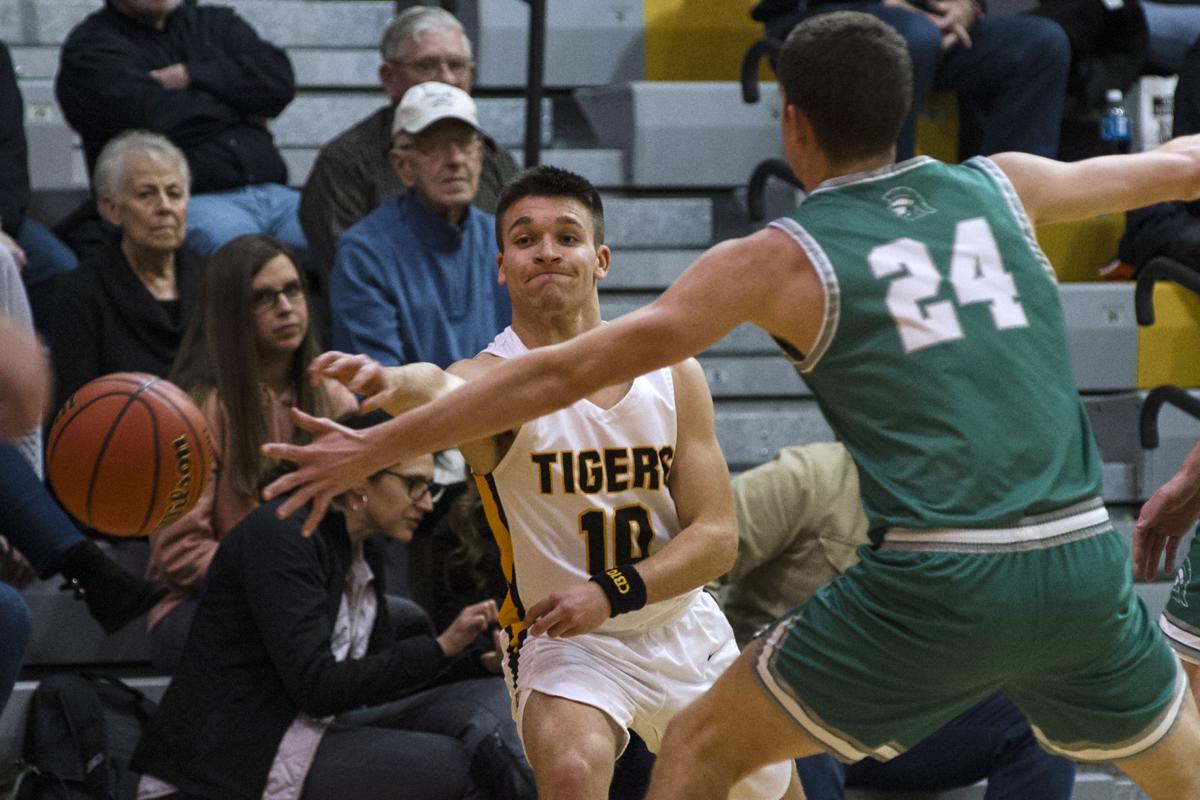 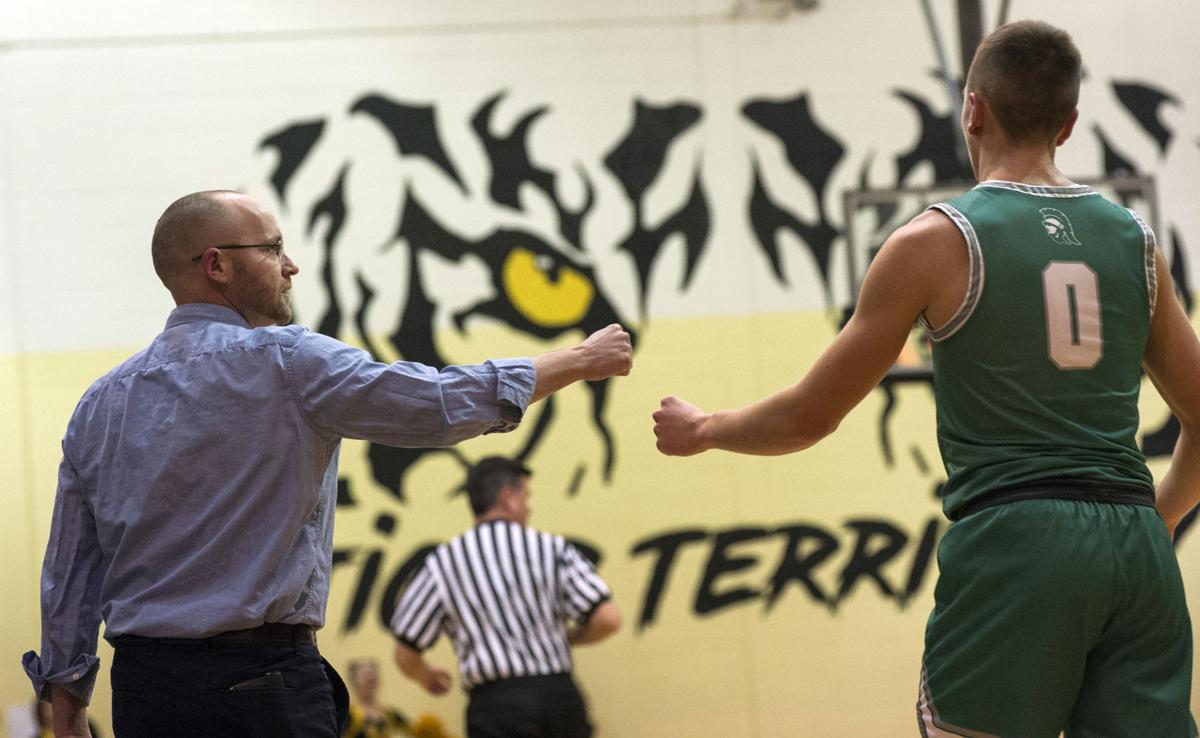 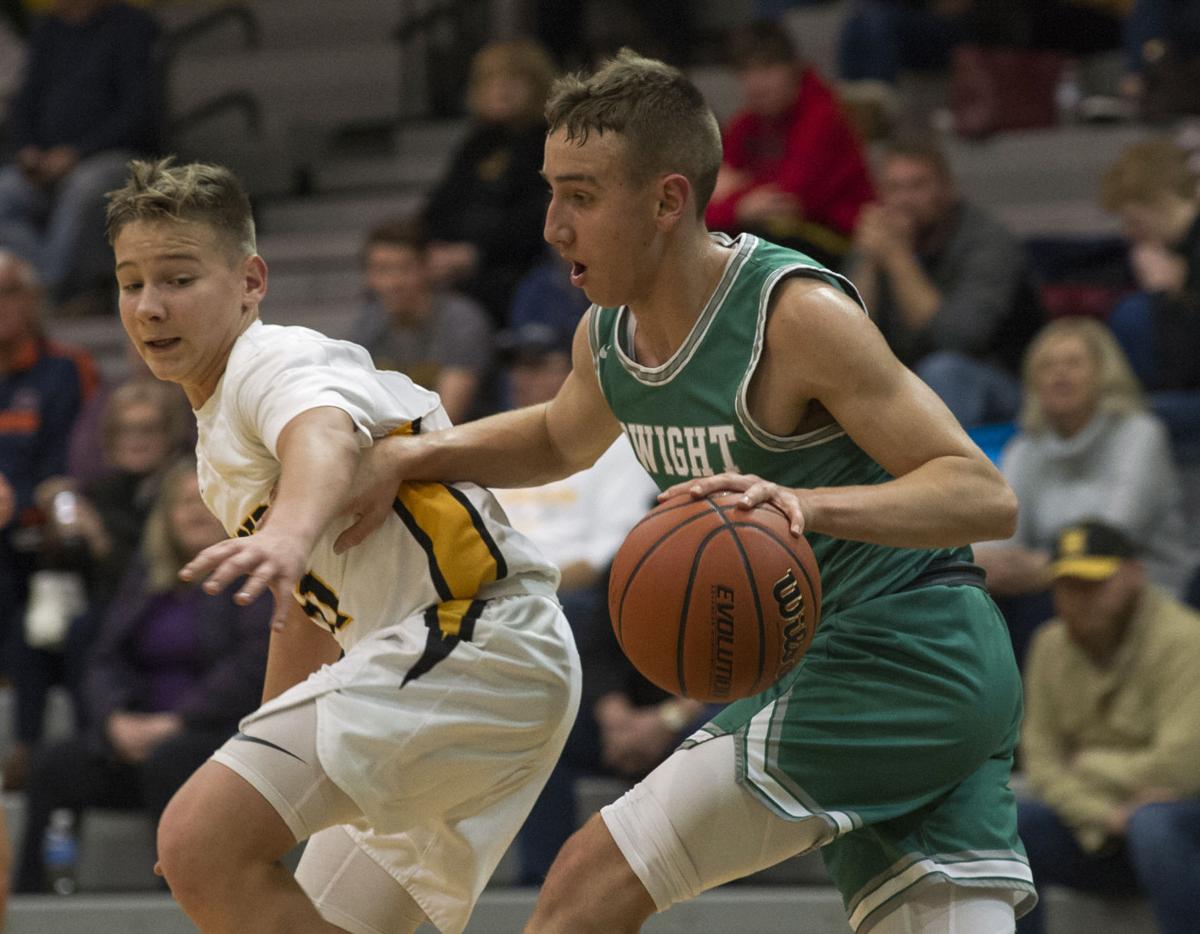 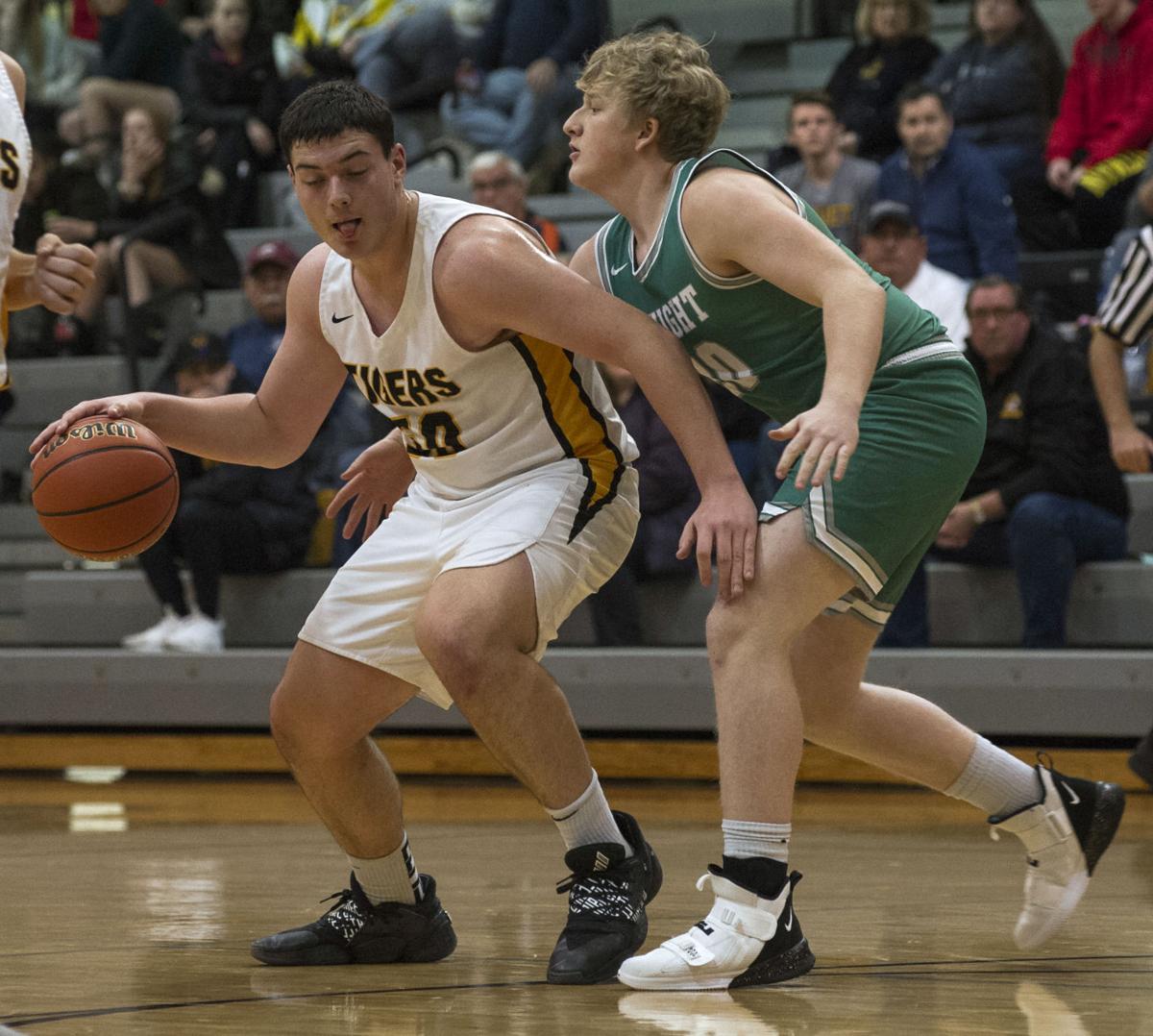 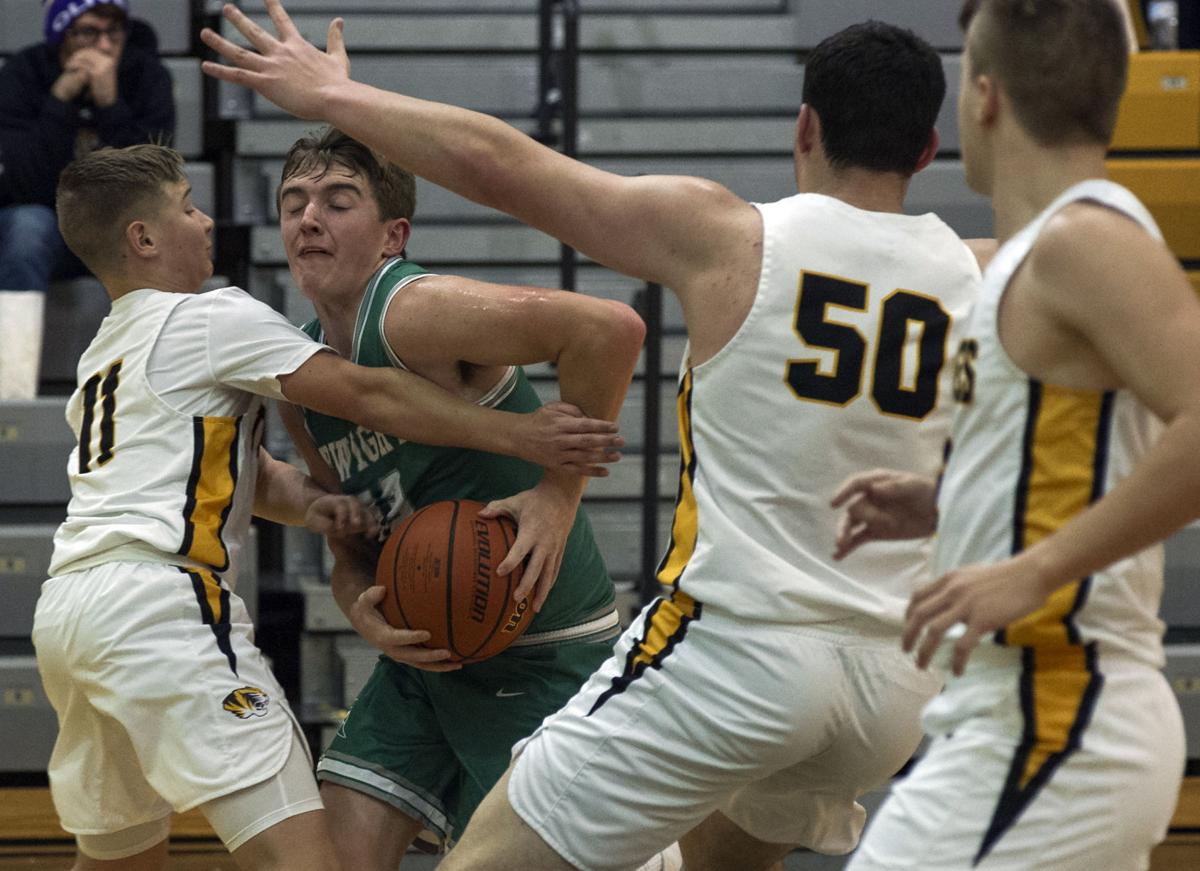 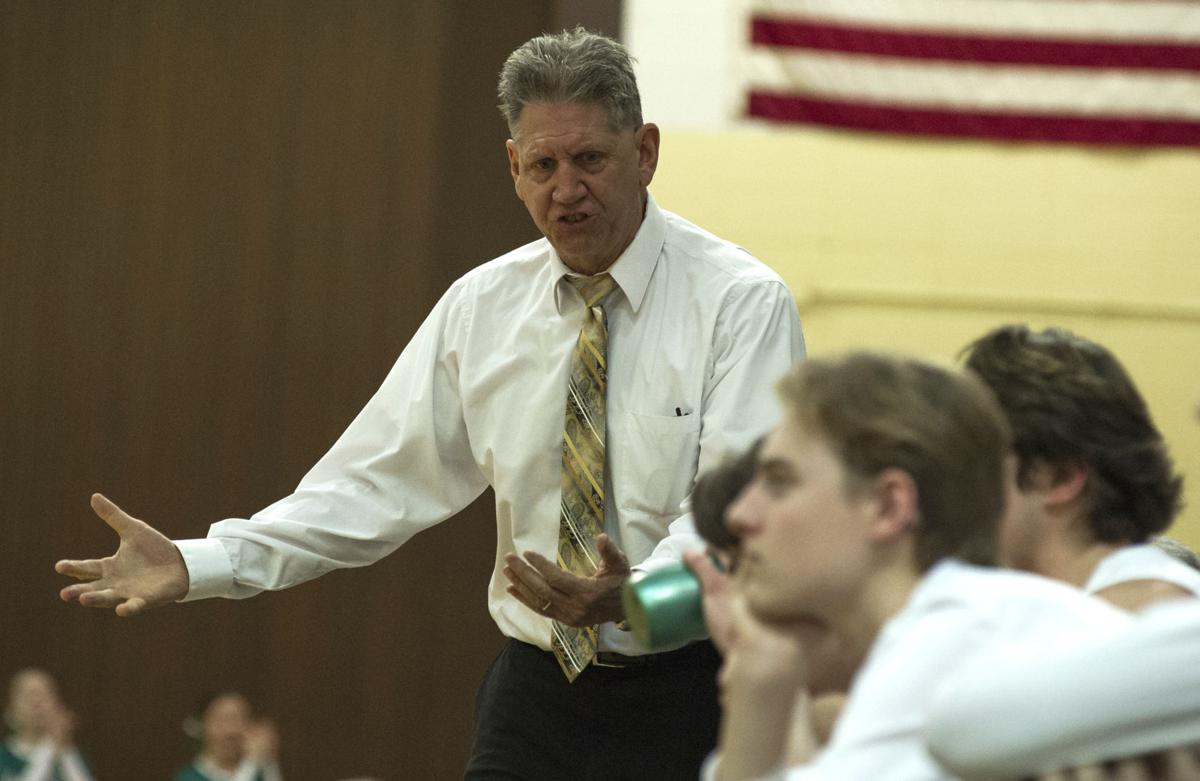 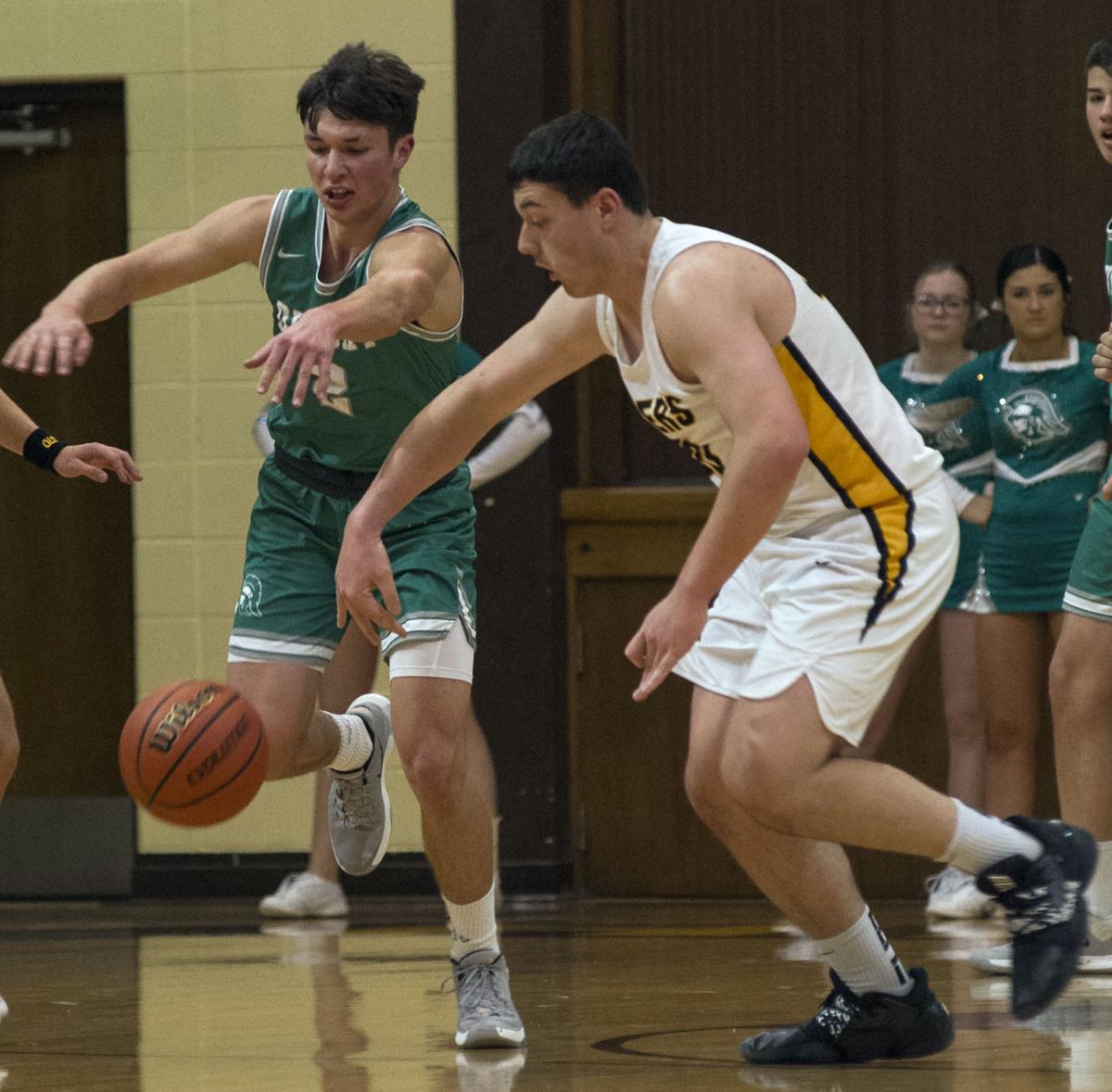 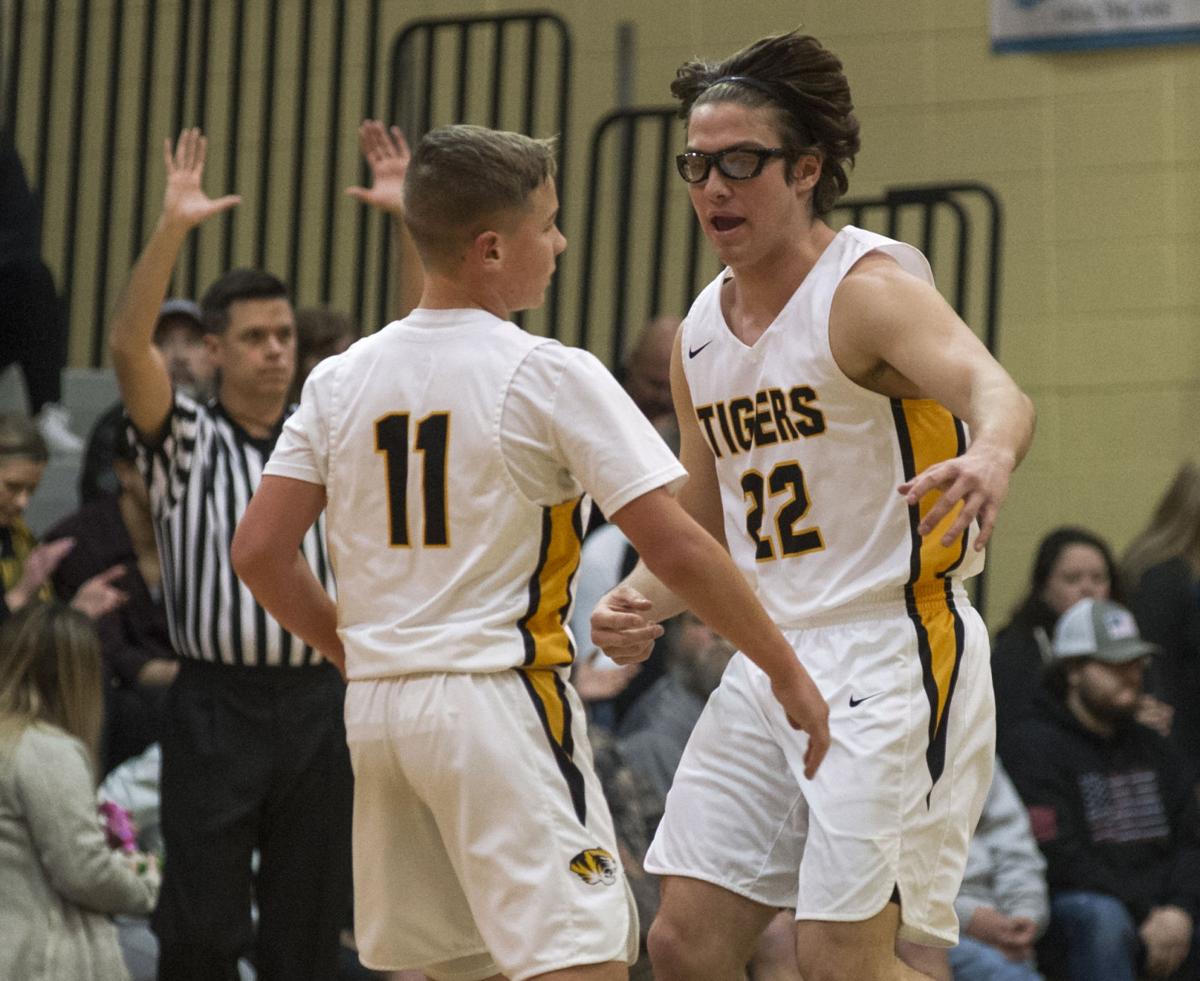 Herscher High School's Logan Lunsford, right, gives a five to teammate Trey Schwarzkopf during the Tigers' 53-51 home victory over Dwight. Lunsford hit a layup as time expired to break the tie and give the Tigers the win.

Herscher's Logan Lunsford, left, hangs onto a rebound against Dwight's Bryson Connor during Tuesday night's game in Herscher. Lunsford's buzzer beater at the end of regulation gave the Tigers a 53-51 win.

Herscher High School's Logan Lunsford, right, gives a five to teammate Trey Schwarzkopf during the Tigers' 53-51 home victory over Dwight. Lunsford hit a layup as time expired to break the tie and give the Tigers the win.

HERSCHER — The Herscher boys basketball team was missing something at the outset Tuesday night, and it wasn’t hard for Tigers’ coach Ron Oloffson to identify what his club lacked.

“We’re not very good if we don’t play with energy and passion,” he said.

Oloffson saw little of either in the first half of a nonconference game against Dwight. But they returned with a flourish in the second half, as Herscher rallied for a 53-51 win after trailing by 13 points at halftime.

The win wasn’t sealed until Logan Lunfsord made a driving layup at the buzzer to break a tie and give himself his second game-winning bucket in a row after knocking down the game-winner against Central last week.

Herscher built a 44-38 lead midway before Dwight sank three late 3-point goals to forge the deadlock and set up a dramatic finish.

A memorable end seemed unlikely after Dwight jumped out to a 29-16 lead at the break. A mixture of 3-point goals and high percentage baskets made possible by a distinct size advantage helped the Trojans take control. Meanwhile, Herscher missed its first 13 shots from the field before Trey Schwarzkopf ended the drought with a trifecta as the first period closed.

Oloffson acknowledged the poor shooting, but that was not his primary gripe about the way Herscher came out of the gate.

“We had a lack of effort in the first half,” he said. “Our energy has to be high for us to win.”

The energy level did go from low to high after intermission, as the Tigers forced a succession of turnovers to open with a 7-0 run. The change in Herscher was evident to Dwight coach Jeremy Connor.

“They hit us right in the face at the start of the third quarter,” Connor said. “They took it to us.”

Dwight did steady itself and maintained a 38-36 lead after three quarters, but another Herscher run at the start of the fourth stanza resulted in the aforementioned six-point lead.

Then, Dwight turned outward rather than inward to fight back. Freshman Wyatt Thompson made two 3-pointers and Tyler Masching another to put Dwight back in front 49-47. Herscher managed to retake the lead 53-51, but a basket by Thompson with barely four seconds left tied the game.

Herscher had to go the length of the floor in a few ticks to avoid overtime. Lunsford made it happen.

He took the inbounds pass and dribbled in abrupt fashion down the right baseline and to the basket, where his layup fell through the net just as the buzzer sounded.

Asked how he could make such effective use of limited time, Lunsford had a simple response.

“I just envisioned it in my head before the ref put it in play,” he said.

Lunsford shined brightest at the end, but the 6-foot-6 inch Thompson gained notice, too, as spectators marveled at the advanced skills he showed for a young player.

“We’ve got so many big guys we are just about forced to play him at guard,” Connor said. “It’s going to help him in the long run.”

Jack Holohan, the only senior who plays regularly on a young Herscher squad, led all scorers with 24 points, including 15 in the pivotal second half. Twelve of Lunsford’s 14 points came in the second half. Thompson had a big second half for Dwight, netting 12 of his 19 points. Masching contributed 11 points.

Herscher, now 9-6 overall, will put its 3-1 Illinois Central Eight Conference record on the line when it travels to play league foe Reed-Custer at 7 p.m. Friday. Dwight, 7-9 overall and 0-1 in the Sangamon Valley Conference, will try to win for the first time in league play this season when it hosts Central at 7 p.m. Friday.