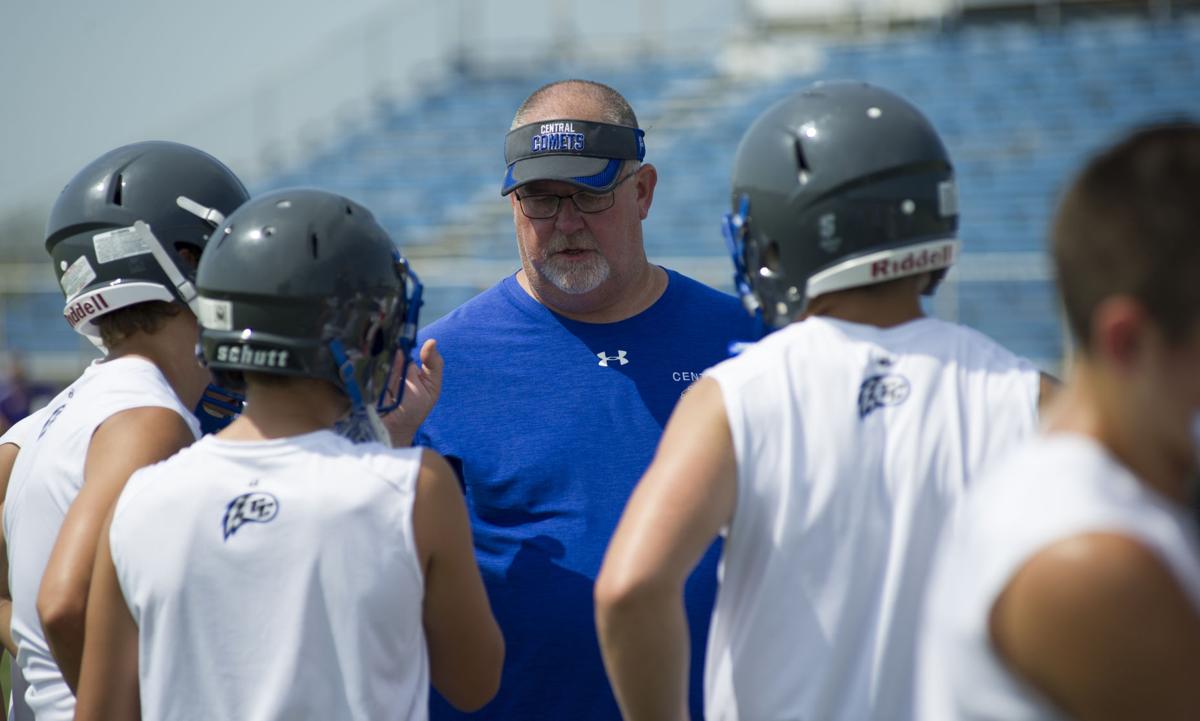 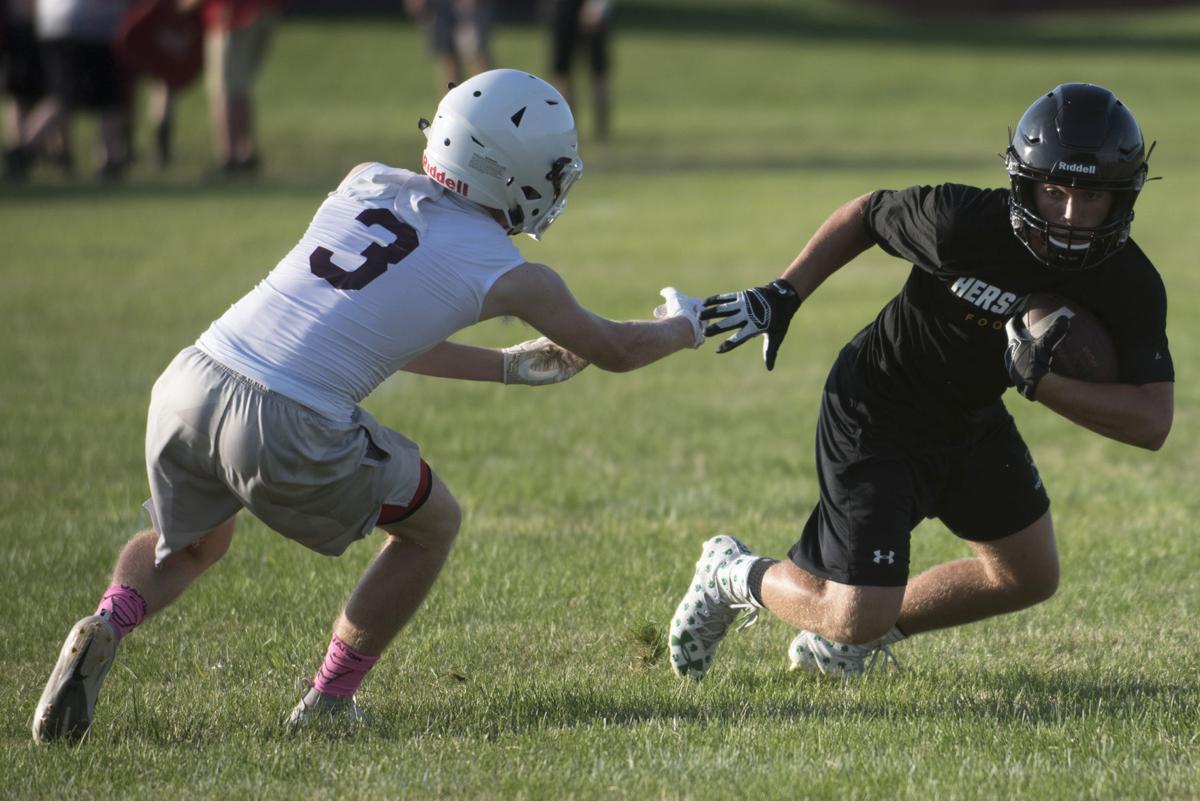 Herscher’s Camden Berns, right, attempts to run past Watseka’s Ethan LaBelle during a 7-on-7 game in Watseka last summer. The National Federation of High School Sports Associations released guidelines for returning to sports in the summer on Tuesday.

Herscher’s Camden Berns, right, attempts to run past Watseka’s Ethan LaBelle during a 7-on-7 game in Watseka last summer. The National Federation of High School Sports Associations released guidelines for returning to sports in the summer on Tuesday.

The prep sports season has been on hold for more than two months since the COVID-19 pandemic hit the United States. Summer is approaching, and athletes and fans alike have been wondering when further instruction and advisement could come.

The beginning of that news came Tuesday, when the National Federation of High School Sports Associations released a new set of guidelines for state associations to follow as they consider the possibility of opening up high school athletics during our global pandemic.

The news likely will have a major effect on whether or not schools will re-open athletics in the fall because the Illinois High School Association largely follows the general direction of the NFHS.

No sports are played in the summer, but the preparation for the next school year begins in the summer. When the IHSA officially canceled the spring season last month, their news release also put a temporary hold on summer activities. Now with some guidance, the conversation on those critical summer workouts and camps potentially will begin in the state.

“It’s encouraging to some degree because it will help us transition back to student-athletes working out again,” Kankakee athletic director Ronnie Wilcox said. “It will be a whole new way of thinking in how we approach workouts. It all comes down to our governor and then the IHSA giving us the go ahead to begin working out again.

“I hope that we can begin June 1. I believe it’s time, but we will abide by the IHSA recommendations.”

As detailed as the guidelines were, they did not mention any specific dates or timelines. However, they did get very specific about what should happen going forward. They outlined a three-phase plan that state associations could use if they consider re-opening athletics for the fall.

“We are greatly indebted to the NFHA Sports Medicine Advisory Committee for its work formulating this guidance for re-opening high school athletics and activities,” NFHS executive director Dr. Karissa Niehoff said in an official NFHS press release. “It’s important to be clear that this is guidance for individual states to consider as they return activities this fall. States will utilize the guidance in this document as it best fits their state after consulting with local and state health departments.”

The NFHS guidelines recommend that state, local or school district guidelines regarding face cloth coverings should be strictly followed. Coaches and officials can wear cloth face coverings during all three phases, but student-athletes must wear them during the first two phases. The only exception to that rule will be made for swimmers, distance runners and other “high-intensity aerobic activities.”

All three phases also highlight the importance of social distancing when not competing.

“We believe this guidance document will be a tremendous resource for our member state associations as they determine the timetables for re-opening sports and activities,” Niehoff said. “The NFHS Sports Medicine Advisory Committee utilized recommendations from the Centers for Disease Control and Prevention, as well as some return-to-play considerations by the United States Olympic & Paralympic Committee, in formulating this guidance document for re-opening athletics and other activities in our nation’s schools.”

The NFHS guidelines were further broken down as they put each sport into a category — high risk, moderate risk and lower risk — depending on how each sport is related to potential exposure.

The NFHS also outlined three tiers of who should and should not be allowed at events. For now, only Tier I and Tier II will be allowed to attend events until state/local health departments lift restrictions on mass gatherings.

Gathering is limited to 10 people. Workout groups of the same 5-10 people are created.

No locker rooms will be used and all individuals must maintain a distance of at least six feet at all times.

The gathering limit of 10 is restricted to indoor activities. Groups may reach 50 people outdoors. The workout groups of the same 5-10 participants continue.

Locker rooms may be used, but the minimum distance requirement of six feet remains at all times.

The gathering cap is increased to 50 people both indoors and outside.

A minimum distance of at least three feet outside of direct competition is enforced.