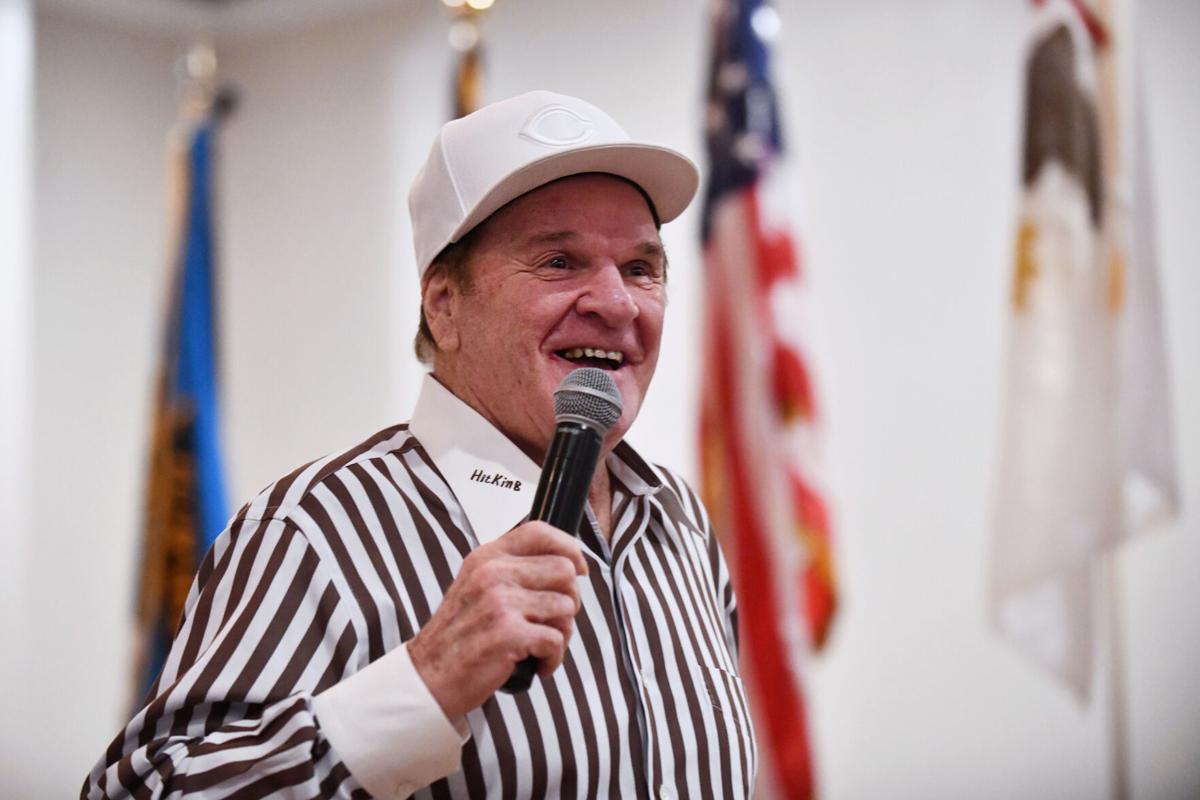 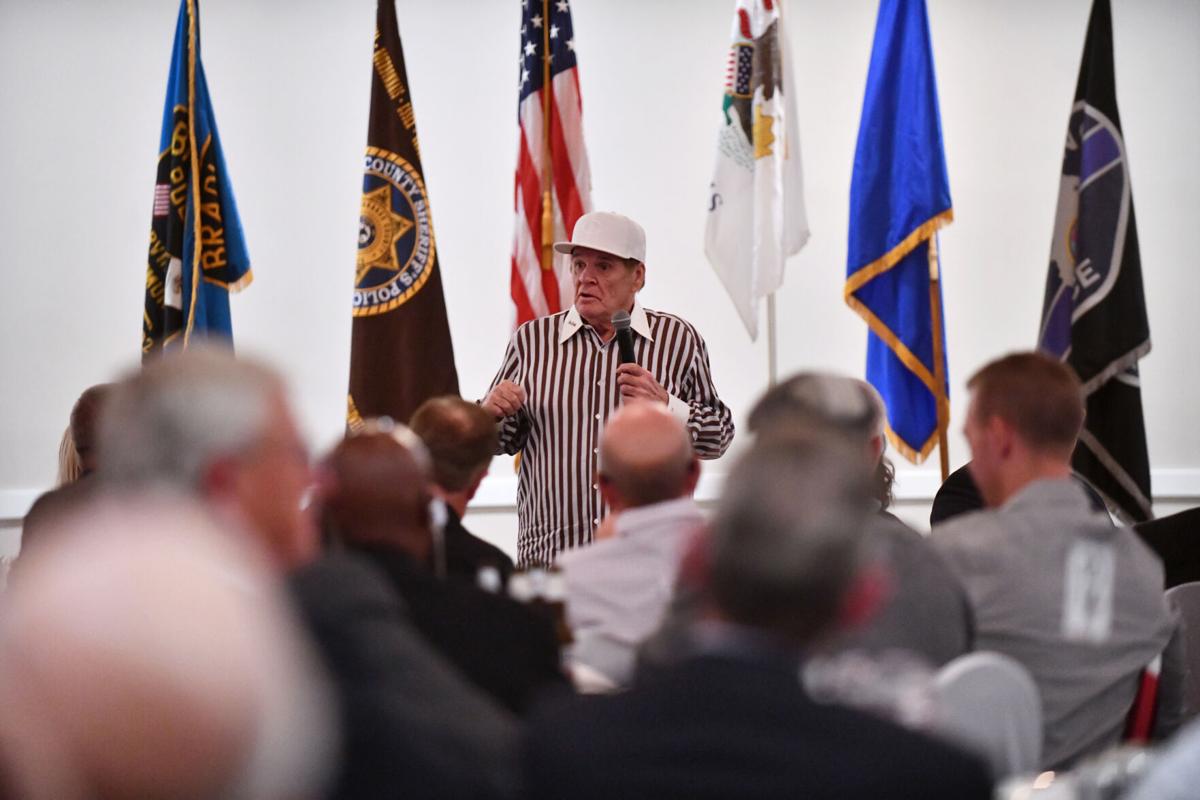 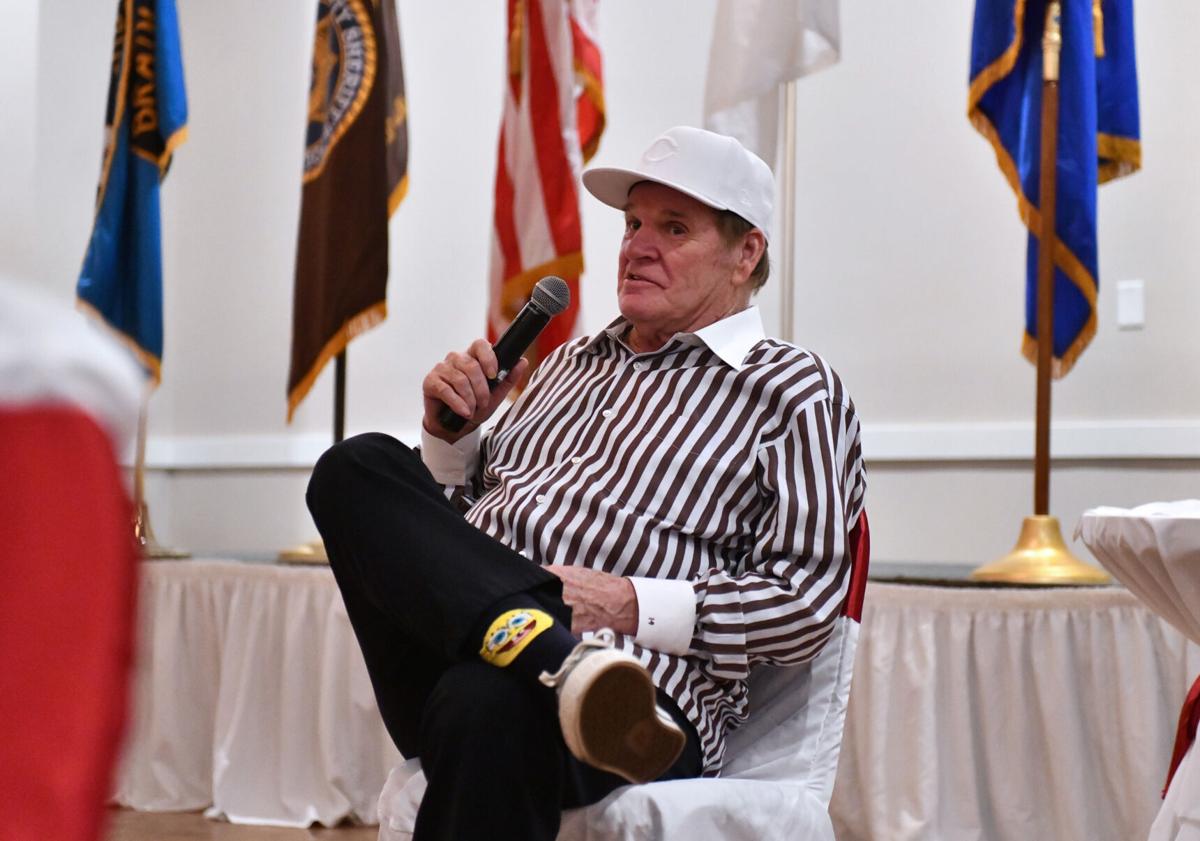 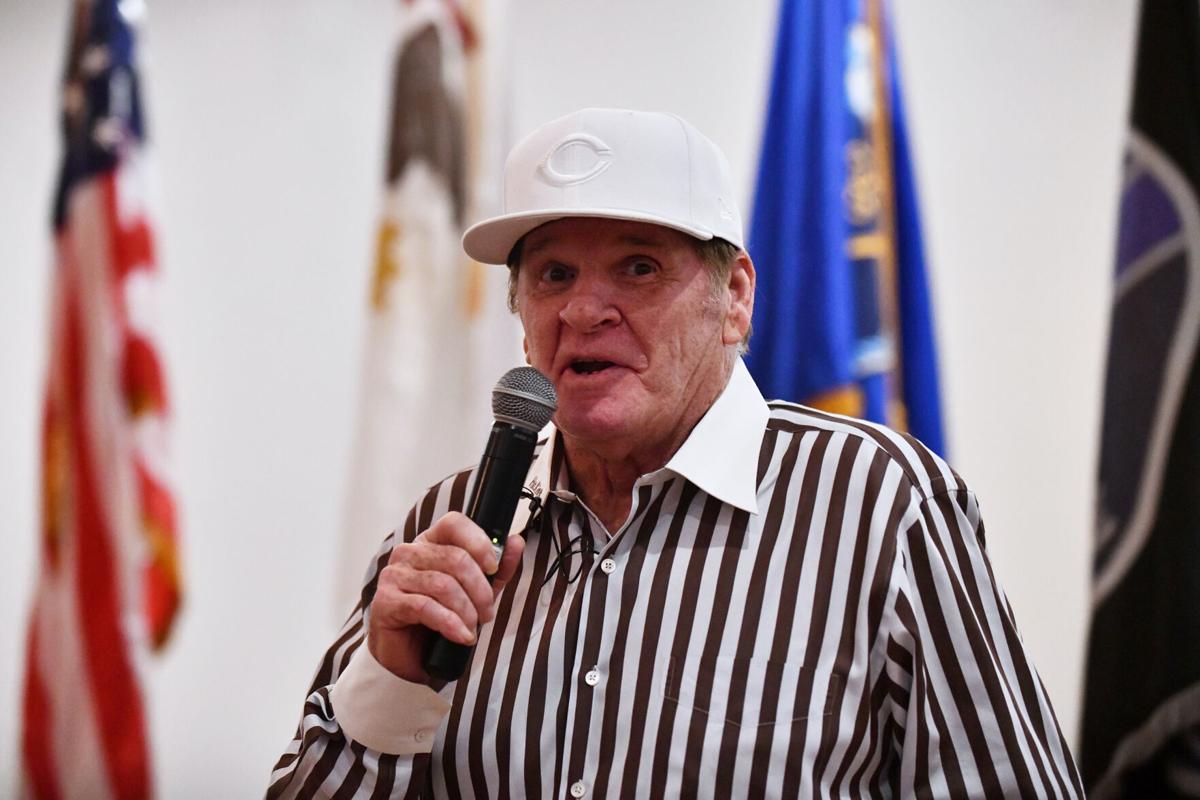 During the course of about 50 years of speaking at banquets and events, Pete Rose seemingly has made a speaking appearance for every one of his Major League Baseball-record 4,256 hits he accrued during his career that spanned more than two decades.

That experience has allowed the player affectionately known as "Charlie Hustle" to curate the wonderful experience he provided to more than 300 members of the Hundred Club of Kankakee County at the organization's annual dinner meeting at the Quality Inn & Suites in Bradley on Wednesday night. Rose left members of the audience busting guts with laughter at some of Rose's genius jokes as often as he left them with their jaws on the floor as he told stories of interactions he's had with some of the greatest players baseball has ever seen, turning questions from members into a speaking engagement that was equal parts motivational speaking, story telling and stand-up comedy.

"I like to let the people ask me questions and see where they're coming from ..." Rose told the Daily Journal in an interview before the event. "I can talk about playing against Henry [Hank Aaron], Willie [Mays], Roberto [Clemente] and Stan Musial. I played with Frank Robinson, the best third baseman ever; Mike Schmidt, the best catcher ever; Johnny Bench, the best second baseman ever; Joe Morgan, the only Cuban-born player in the [Baseball] Hall of Fame; Tony Perez -- those were all my teammates," he added. "I can tell stories about all those guys, but people also want to hear what they want to ask about."

After a dinner and meeting for the Hundred Club, a local organization aimed at providing for families of first responders after their deaths, Rose spent an hour reliving his time as a player and manager, as well as his subsequent lifetime ban from baseball in 1989 for betting on games he was coaching (Editor's note: Rose only ever bet on his Cincinnati Reds to win and never was accused of throwing games).

While some younger baseball fans might associate Rose with his ban, before that, and maybe after as well, Rose was regarded as perhaps the player of his generation. He's the only player to play 500 or more games at five different positions, making 17 all-star games between the five spots, has won (1,972) and played in (3,562) the most games ever and was a player-manager for the Reds at the time of his retirement in 1986.

And, with the exception of a five-year stint with the Philadelphia Phillies from 1979-83 and a 1984 stint with the Montreal Expos, Rose did it all for his hometown Cincinnati Reds in a career that began in the 1963 season in which he was named the National League Rookie of the Year.

"I was born 3 miles from Crossley Field [the former home of the Reds], so all the things I accomplished meant more to me than the average guy because I was born there," Rose said. "I was going to Reds games with my dad as a little kid, and now they play on Pete Rose Way."

Aside from his abilities, Rose was a fan favorite for how hard he played, which is how he earned the Charlie Hustle nickname. And while he enjoys the compliments he continues to receive from fans when they meet him, Rose said he just played ball the way it's supposed to be played.

"I appreciate people who pat me on the back for the way I played, but I'm going to tell you the way I played is the way everyone should play — go to the park, put your uniform on, bust your a-- for two-and-a-half hours, and win, lose or draw, come back the next day and do the same thing," Rose said. "You don't bust your a-- part-time, and that was the difference with me; I played my a-- off every day because I tried to win every day, and that's why I won more games than anyone in the history of baseball."

While he was speaking, Rose was notified of the death of former catcher Ray Fosse. In the 1970 MLB All-Star game, Rose infamously crashed into Fosse in a collision at home plate in a play that Fosse's shoulder fractured, separated and never properly healed from.

After giving condolences and acknowledging the former catcher and TV broadcaster had been battling cancer, Rose relived the memorable moment with the members.

Whether it was stories such as that or any of the other tales Rose shared, Hundred Club vice president Dave Skelly knew that several of the club's members were the prime audience to both appreciate Rose and also present him with good questions throughout the night.

As he did with the Hundred Club members, Rose gave the Daily Journal some of his thoughts on baseball today, including issues with pace of play and the rues that disallow sliding hard at second base or home plate, but what Rose dislikes most about today's game is the increase in strikeouts, pointing to New York Yankees slugger Joey Gallo leading the majors with 213 strikeouts this season.

"We do one every day, and analyze sports from the night before and give picks," Rose said. "We’re not betting [games], we’re handicappers is what we are. ... We've done eight shows so far, and it's pretty fun because I've got a great co-host."