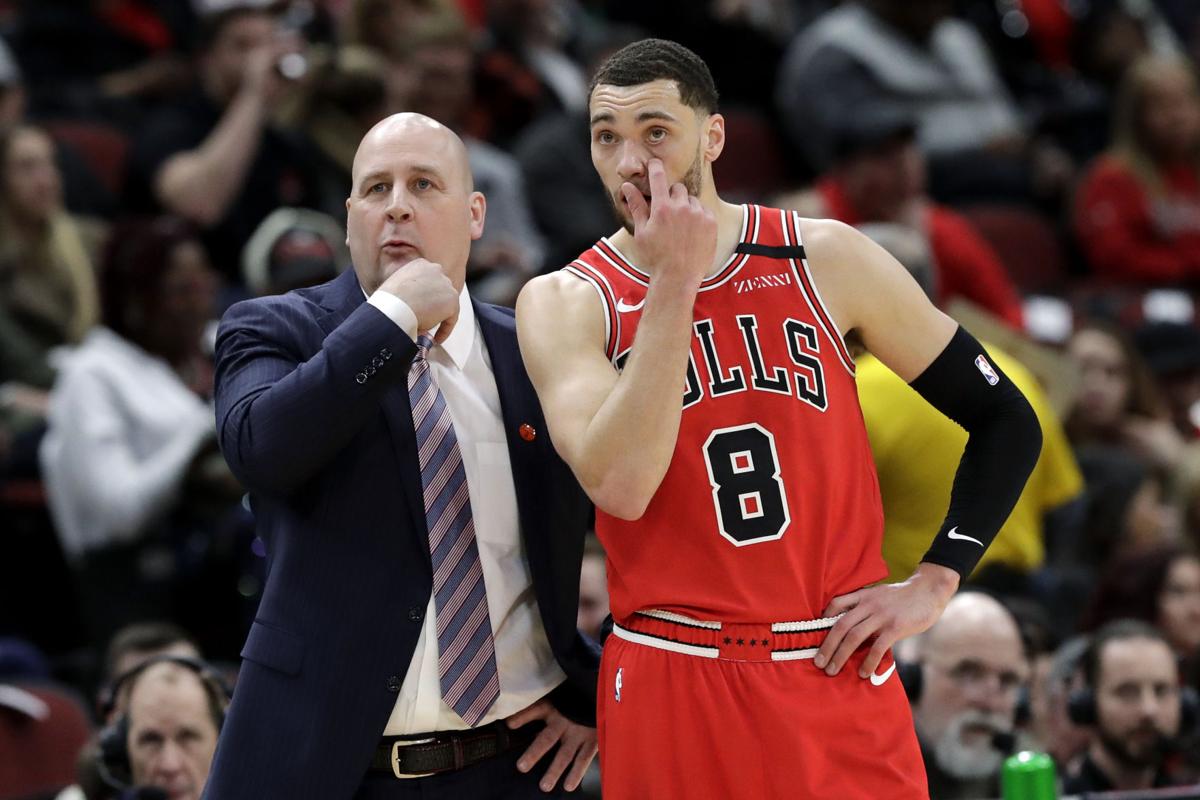 Chicago Bulls coach Jim Boylen talks with guard Zach LaVine during the first half of the team's NBA basketball game against the Charlotte Hornets in Chicago, Thursday, Feb. 20, 2020. Boylen's job security has come in question after a front office shakeup by the Bulls the past week. 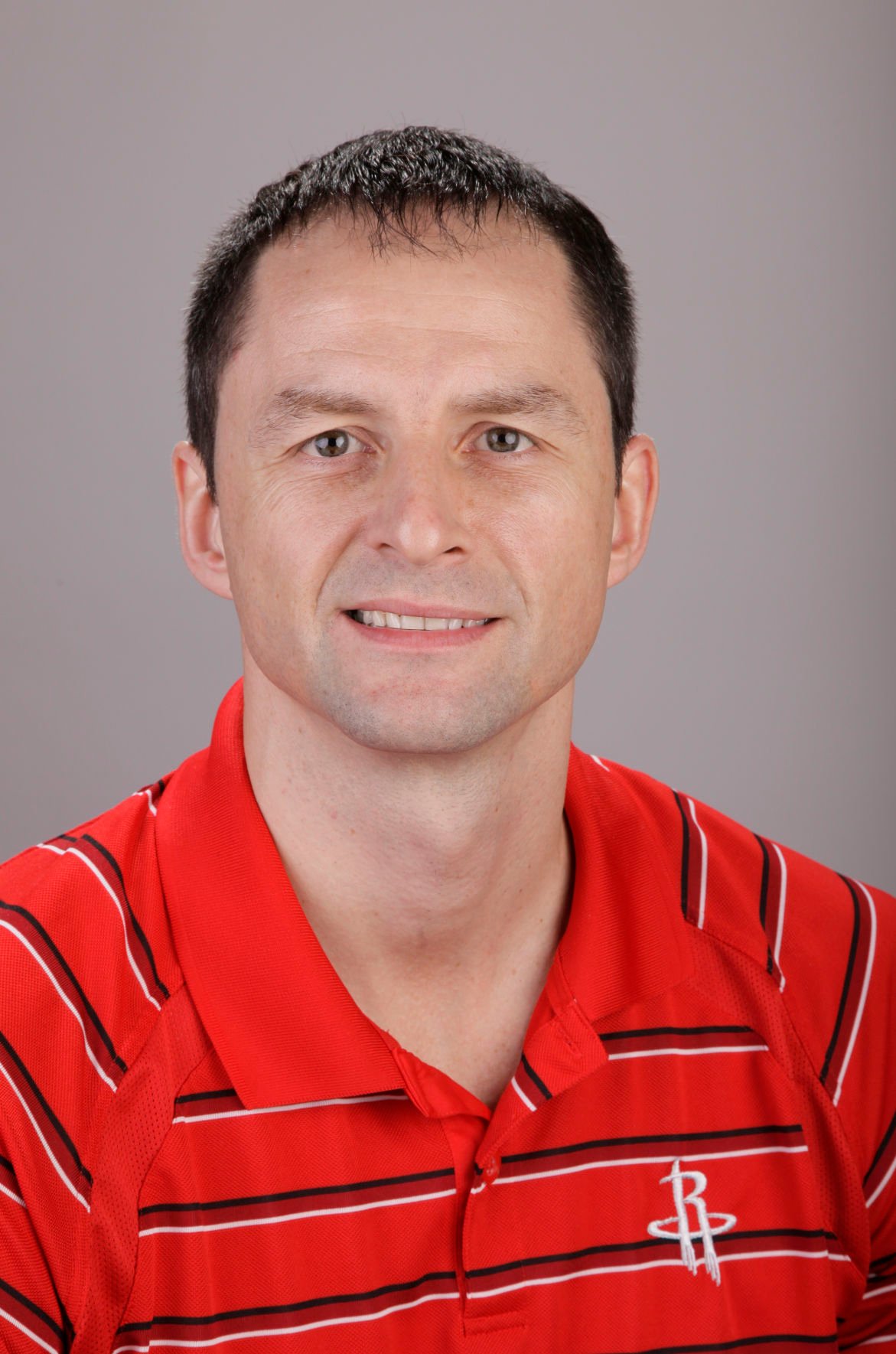 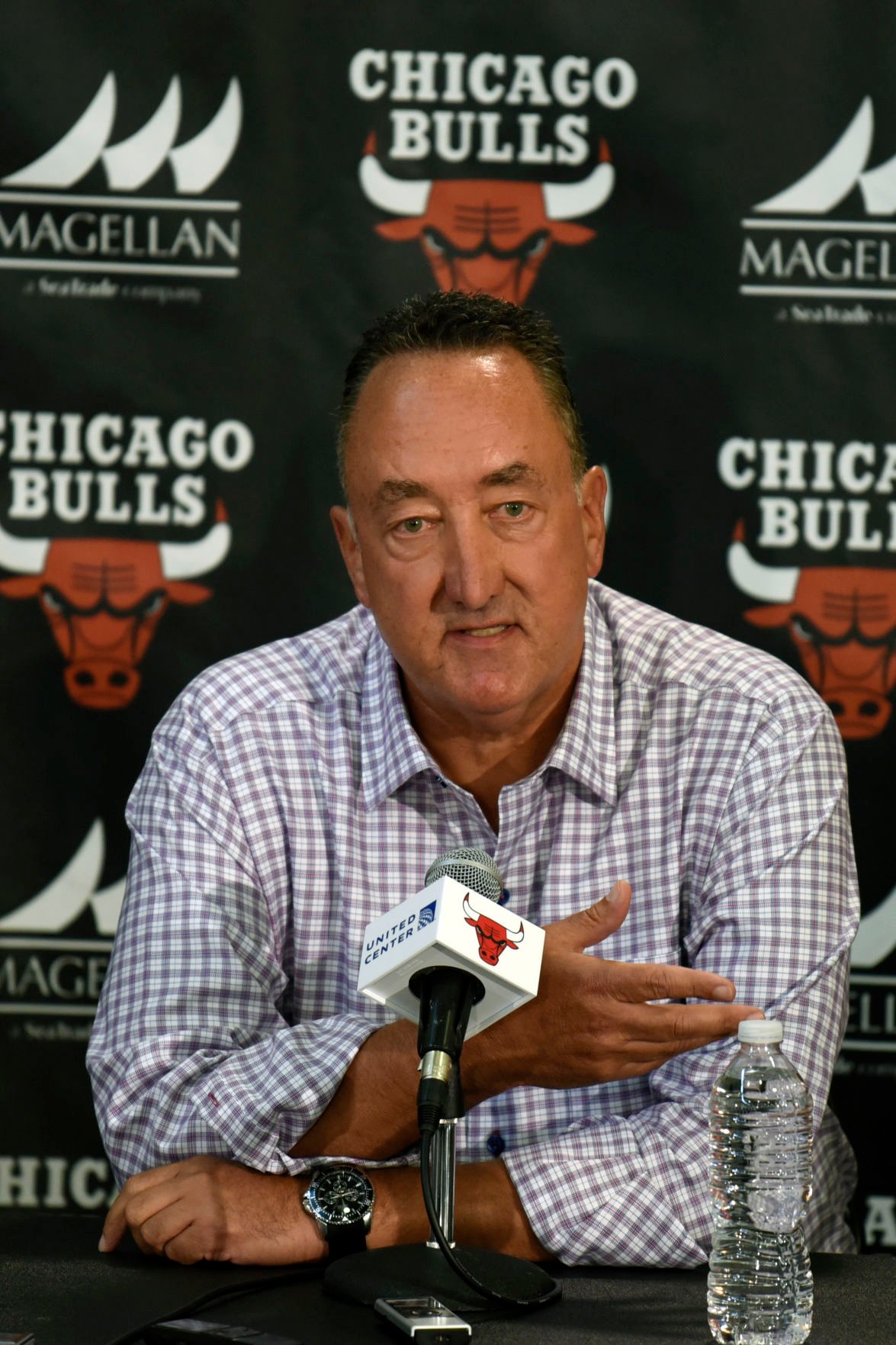 Chicago Bulls coach Jim Boylen talks with guard Zach LaVine during the first half of the team's NBA basketball game against the Charlotte Hornets in Chicago, Thursday, Feb. 20, 2020. Boylen's job security has come in question after a front office shakeup by the Bulls the past week.

When Jim Boylen was named the long-term successor to Fred Hoiberg as head coach of the Chicago Bulls during the 2018-19 campaign, it was apparent the Bulls’ two-headed front office monster of Gar Forman and John Paxson finally had become what Bulls fans had feared a few years ago — laughable.

Forman didn’t find it very funny Monday, as he was fired from his role of general manager. He had a decent run with the Bulls, who made seven playoff appearances in a decade as general manager and was the NBA’s Executive of the Year in 2011, known best for his scouting talents. But aside from the brief window the Bulls had before Derrick Rose’s ACL turned to dust, none of those postseason appearances brought much optimism.

The decision to relieve Forman of his duties came from Arturas Karnisovas, the Bulls’ vice president of basketball operations who was hired last week away from his role as the Denver Nuggets’ general manager. Karnisovas said in a conference call Monday he and Forman had “different philosophies,” which is music to Bulls fans’ ears.

Karnisovas also confirmed the rumor J.J. Polk will be brought from the New Orleans Pelicans as an assistant general manager, but no timetable is set on hiring Forman’s replacement.

But the general manager post isn’t the only decision the Bulls will have to make. Boylen somehow is still around and even was extended before the current season. Karnisovas said Monday he already has opened the line of communication with Boylen and will see what goes of their talks.

There’s just no way I can see Boylen sticking around. Karnisovas comes from Denver, where coach Mike Malone is known as an extremely personable coach, something Boylen couldn’t be less of. He quickly earned the ire of last year’s team with his practice schedules that raised eyebrows of not only Bulls players but vital NBA Players Union reps across the league. Fans might remember a December 2018 incident, when the players actually threatened boycotting practice.

When the Bulls dealt Jimmy Butler in a move to acquire Zach LaVine, Kris Dunn and the draft pick to select Lauri Markkanen in the 2018 draft, it was clear they were rebooting and rebuilding, which is why Boylen, who had been with the Bulls since 2015, was a puzzling choice to replace Hoiberg, who was one of the biggest lame-duck coaches in recent memory.

Now that Boylen has burned bridges with his brightest building blocks, LaVine and Markkanen, who have both been quoted more than once about their displeasures, there isn’t much reason to keep him around. He’s an old-school, defensive-minded coach, the total opposite of the coaching style most tailored for the current NBA. In the gritty days of the 1980s and 90s, Boylen would have been a great fit, but the game has changed.

As for Paxson, the man who lost his job to Karnisovas, he will stick around in a vaguely described advisory role. Forman brought his scouting expertise to the table, but it’s unclear what Paxson ever brought to his part of the equation, save for his name recognition as a point guard with the team during the Michael Jordan era.

While it remains to be seen what hand Paxson will have in things, the one hope Bulls fans can have is it will be Karnisovas, not Paxson, who will have the final say on Boylen’s future, as well as hiring his and Forman’s replacements.