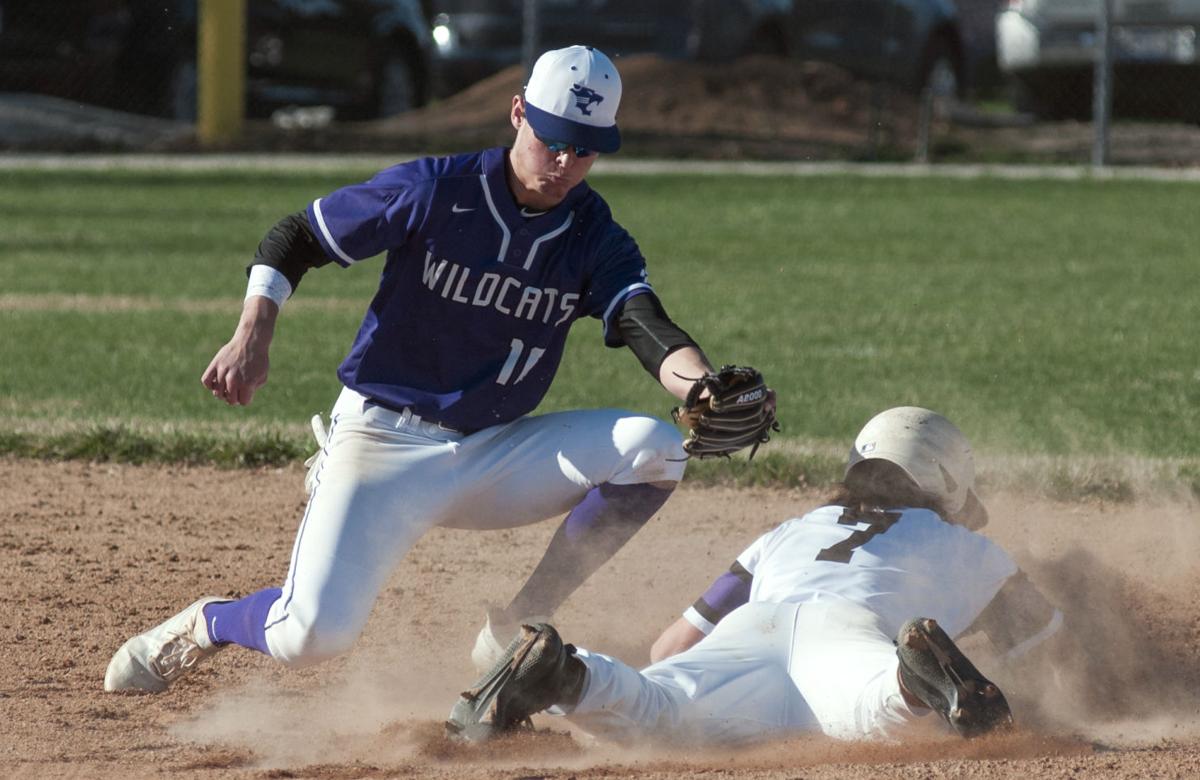 Wilmington's Keaton Hopwood attempts to place a tag on Manteno's Luke Trepanier during a game last season. Despite a tough road of rehab after Tommy John surgery, Hopwood will live his dream of playing high-level college baseball at Coastal Carolina next year. 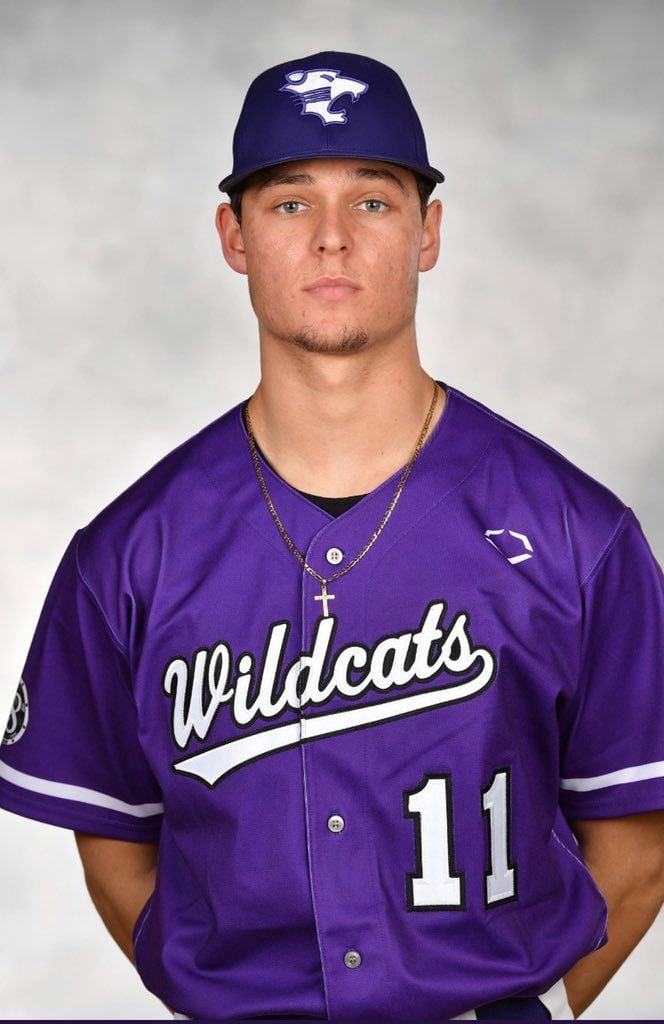 Wilmington's Keaton Hopwood attempts to place a tag on Manteno's Luke Trepanier during a game last season. Despite a tough road of rehab after Tommy John surgery, Hopwood will live his dream of playing high-level college baseball at Coastal Carolina next year.

When Keaton Hopwood opted to have Tommy John surgery during the winter of 2018, his childhood dream of playing for a top-level collegiate baseball program went into question.

He injured his throwing arm while playing for his travel team, the Illinois Sparks, during workouts late in 2017. Hopwood then got surgery a month later, which forced him down a long road of rehab.

Hopwood realized he needed to put the work in to get to where he wanted to be.

“It took me about a year to get to full strength, maybe even a little bit longer” Hopwood said. “Just because I had football in the mix too, so I was rehabbing throwing a football and baseball at the same time, which was kind of tough, but I got through it.”

The process of getting back to full strength was no doubt difficult for Hopwood, especially the workouts.

“The hardest part of rehabilitating is working out,” Hopwood said. “You just have to grind; the only way you’re going to do better when you come out of surgery depends on how hard you’re going to work.

Hopwood’s hard work to get back to full strength never went unnoticed, especially in front of his high school baseball coach, Mike Bushnell.

“His work ethic and drive to compete every day and get better every day is second to none,” Bushnell said. “He was always at winter workouts, first one there last one out, always did extra work on his own.”

Thankfully for Hopwood, his hard work paid off. In his junior year for Wilmington, he threw 13 innings with a 1.86 ERA and 25 strikeouts. His comeback season helped him earn Interstate Eight All-Conference honors in 2019.

“He had a couple setbacks, like one to two setbacks before he had the Tommy John surgery,” Bushnell said. “And that can be mentally draining on a kid, and instead of accepting that, he kept pushing through, and it finally paid off in the long run.”

Hopwood carried that momentum into the travel ball season later that summer. Pitching for the Sparks in the summer months, Hopwood threw 21 innings and finished the season with a 1.61 ERA and 32 strikeouts.

His strong summer season eventually caught the eye of Coastal Carolina, an NCAA Division I baseball program, often ranked in the polls, located in Conway, S.C. The coaches were impressed with how Hopwood pitched in Georgia during an elite summer baseball tournament in July 2019.

“There’s a ton of scouts that come to Georgia; there’s a couple hundred scouts at every game in that area,” Hopwood said. “They saw me pitch, the first game in which I pitched really well, and then they saw me again in Georgia a second time.”

The interest between Hopwood and Coastal Carolina was mutual, which led him to take a campus visit not even a week removed from the tournament that became the beginning of their relationship.

“It’s always been a favorite school of mine, ever since they won the [College] World Series in 2016,” Hopwood said. “It’s a cool area; the school colors are nice, and they are right on Myrtle Beach. They’ve got an awesome program and great coaches, so I’ve always been a big fan of their school, and they were always on my list.

“When they said they were interested in me, I immediately went on a visit.”

After immediately falling in love with the campus, Hopwood knew it was the school for him. It took less than a month for him to commit there once Coastal Carolina showed interest.

“The process of signing with Coastal Carolina was probably about three weeks long from start to finish,” Hopwood said. “And that’s just because I had about 18 Division I offers and just making that decision was tough, so I wanted to make sure to go on a ton of visits and see what schools I liked.

“And I knew [Coastal Carolina] was the one, and so I pulled the trigger. “

Hopwood is planning to pursue a business management degree while being a starter in the Chanticleers’ 2020-21 pitching rotation. The right-handed pitcher throw about 90 to 91 miles per hour with his fastball, with a sharp curveball and changeup for off-speed offerings.

“My mentality on the mound is to just do everything I can to be a starter once I get down to Coastal Carolina,” Hopwood said.

Being that Hopwood has had less then 50 innings pitched during the past two season because of injuries and the coronavirus, it’s no surprise he is itching to go down South this summer.

Although Hopwood wasn’t able to make all the fond memories he expected during his high school days, he is thankful for the time he did get playing both baseball and football at Wilmington, earning several team and individual accolades between the two.

“I loved playing football and baseball at Wilmington,” Hopwood said. “Sports here at Wilmington was awesome, and I’ll never forget it.”