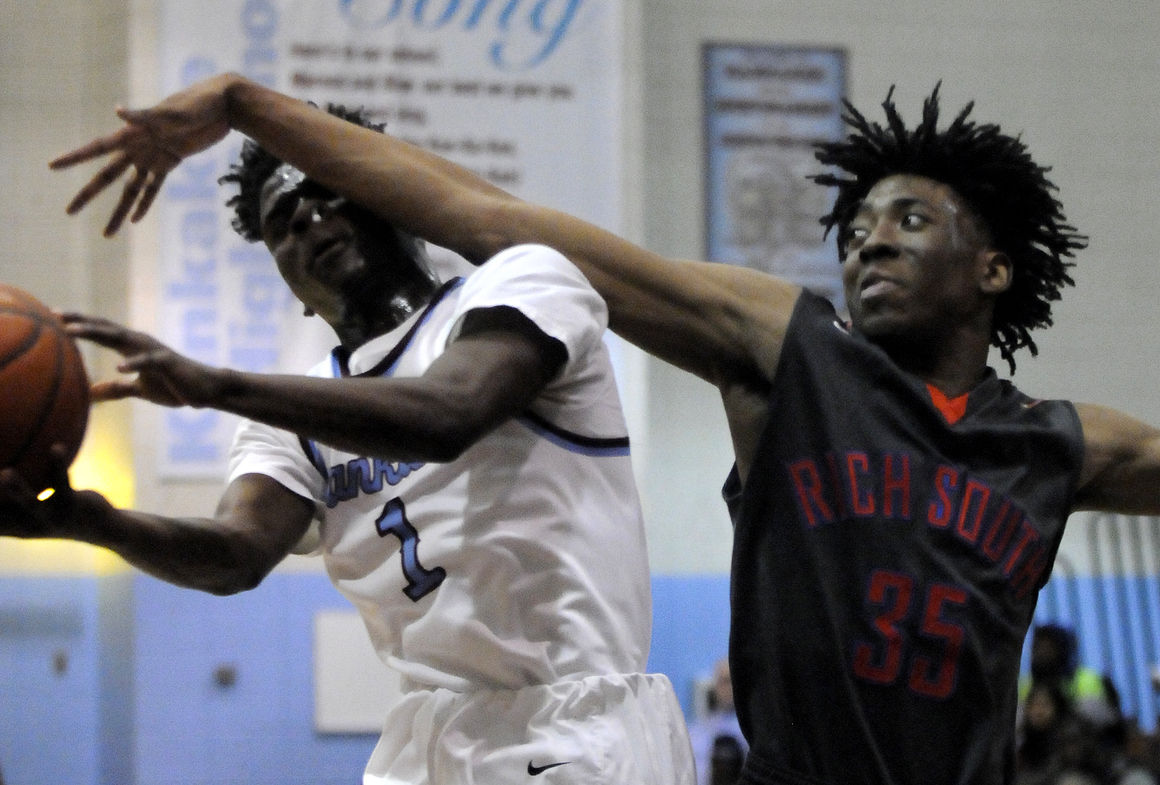 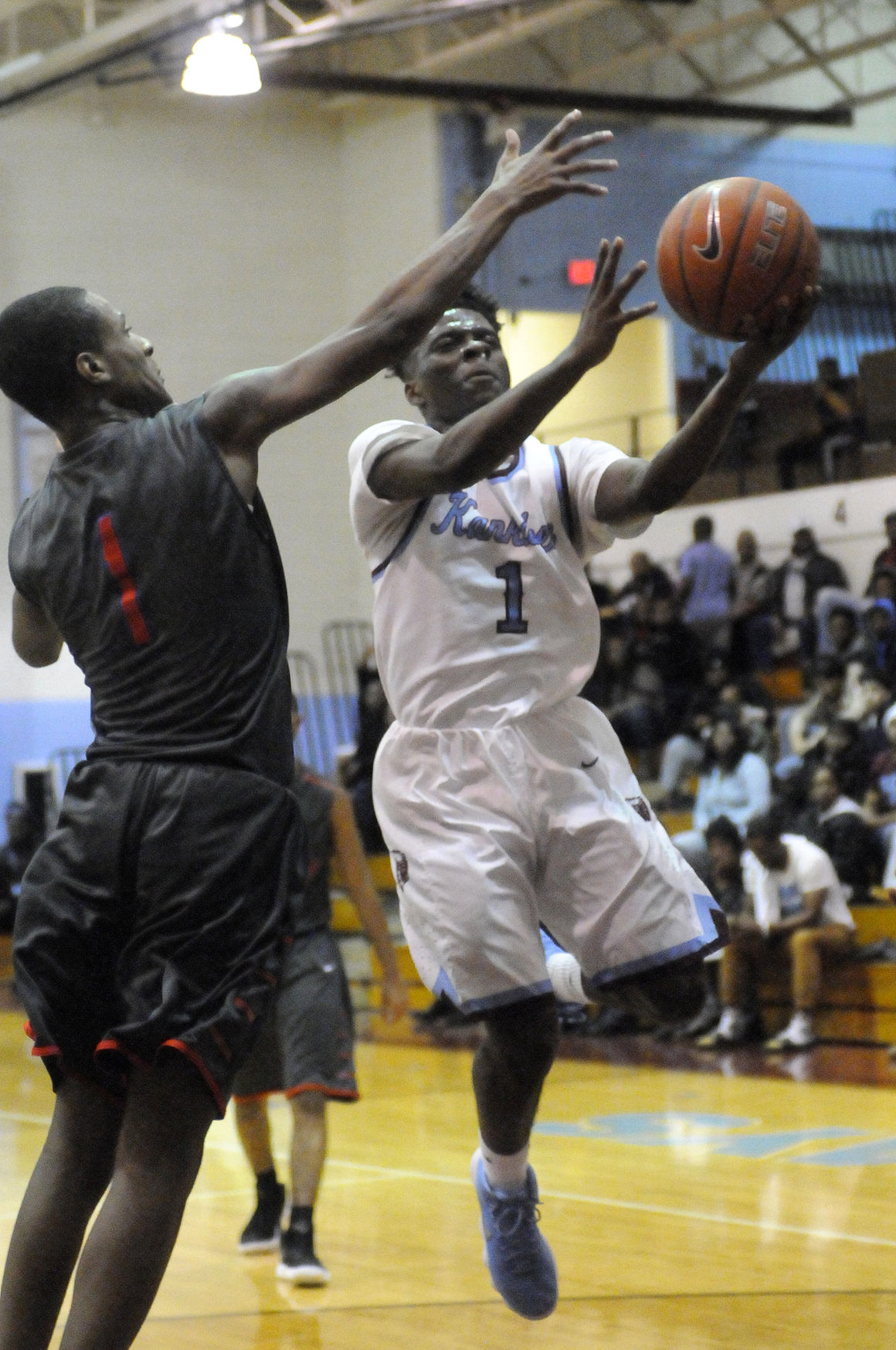 Kankakee junior Jacquan Binion goes for a layup past a Rich South defender Friday night during the Kays' 52-29 victory at Kankakee High School. 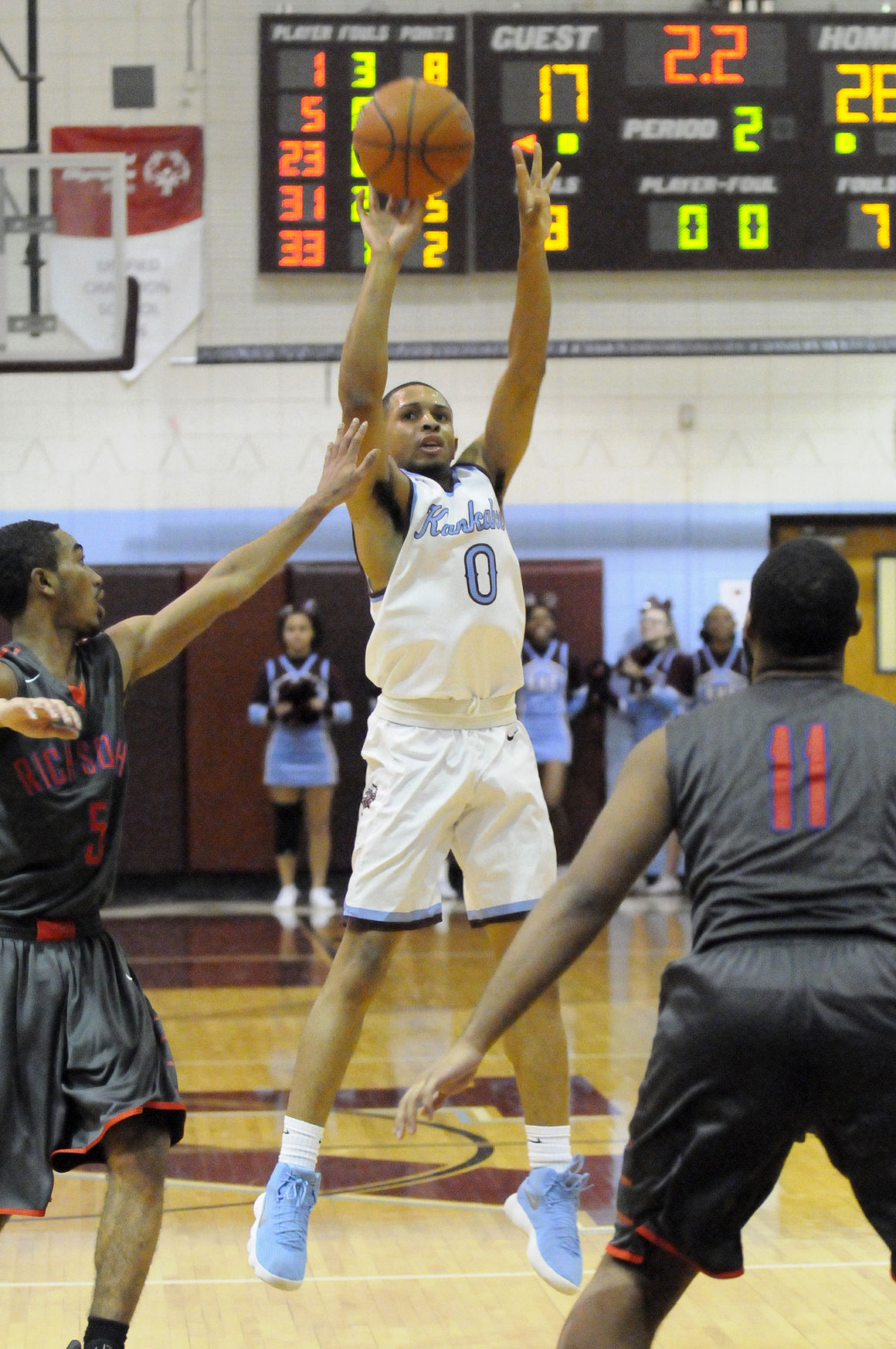 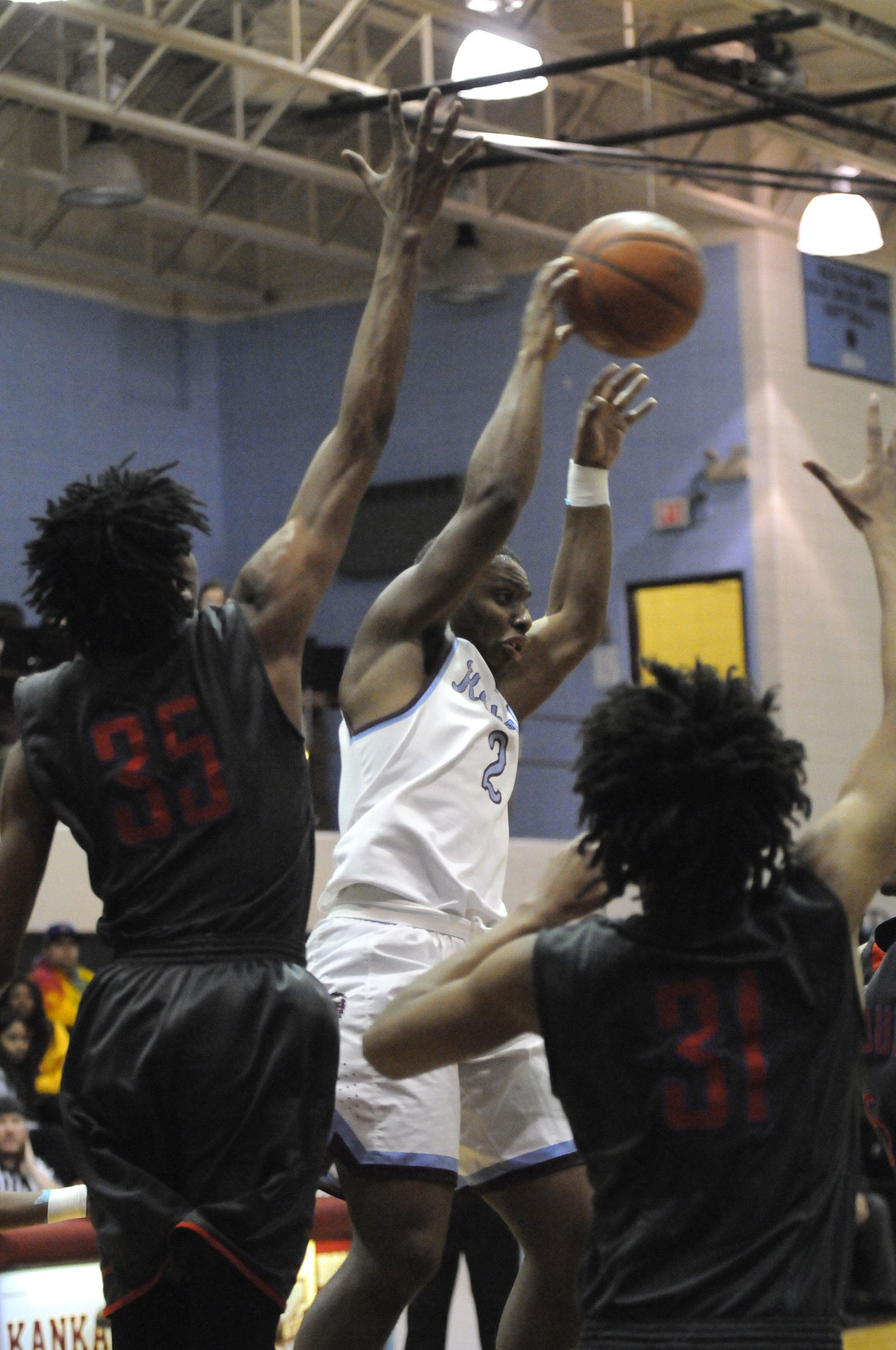 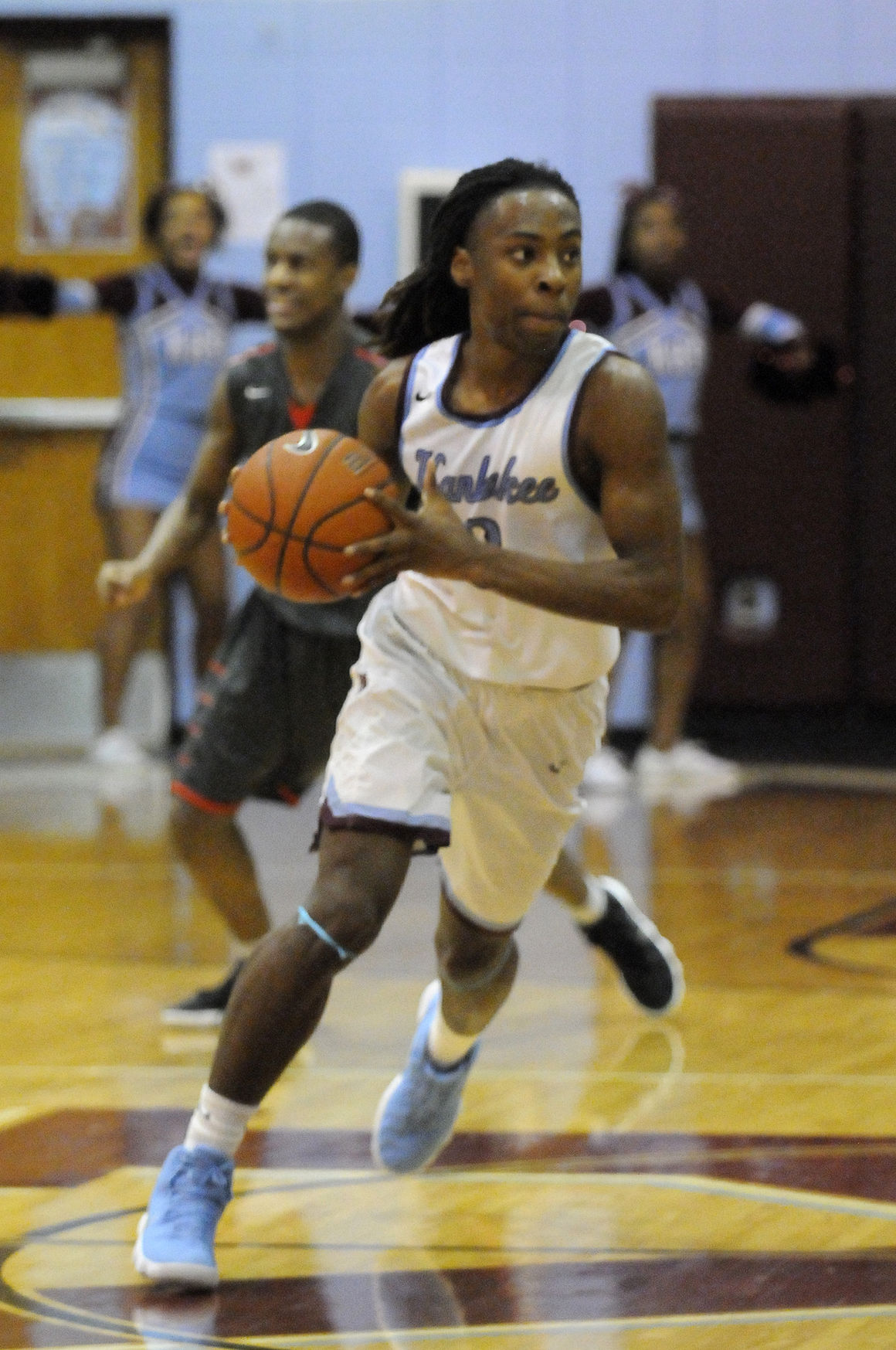 Kankakee junior Jacquan Binion goes for a layup past a Rich South defender Friday night during the Kays' 52-29 victory at Kankakee High School.

All throughout the Southland Conference portion of its schedule this season, Kankakee has found themselves playing the same game routinely as of late -- play a strong first half before breaking down in the second half and losing a close one.

While the Kays (12-4) followed the first half of the formula again, leading 28-17 at the half, on Friday night, the Kays kept their foot on the gas in the second half and ran away with a 52-29 home conference win against Rich South.

"It was a relief because we've been working hard and conference (play) has been tough," Kankakee guard Jacquan Binion said. "We've been leading but not finishing games, so coach preached for us to finish the game out tonight, and that's what we did."

It was a pretty back-and-forth game for the first quarter and a half, but the Kays ended the first half on a 10-2 run. Eight of those points came off of turnovers, much to the chagrin of Kays head coach and defensive zealot Chris Pickett.

"The kids laugh at me when I tell them this, but the Bears got to a Super Bowl with a poor quarterback in Rex Grossman but a great special teams and a defense that forced turnovers," Pickett said. "We pride ourselves on getting buckets on inbounds passes as our special teams plays, and we want to turn the ball over on defense and parlay that into points."

And Binion was the straw that stirred the Kays' drink on Friday. He had three steals on the night, turning all three into layups on the other end. His 13 points on 5-of-9 shooting led the Kays. Three of Binion's buckets came while he was fouled as he put his fearless finishing ability on full display.

"I stay in the gym as much as I can to see different ways I can attack and find driving lanes," Binion said. "I watch and study guys like Kyrie (Irving), and he finishes really well at the basket, so I try and find angles like him and then get up and score."

Corey Tharpe drilled three 3-pointers and finished just behind Binion with 11 points, and Braijon Thomas added eight points off the bench. In total, six Kays scored at least five points, which is a testament to the team's depth, which Pickett said is one of the team's biggest strengths.

"We pride ourselves on having a lot of guys who can go out there and get buckets, do (depth) has been a common theme of ours this year," Pickett said. "We played a game last week where 11 of our 13 guys scored, and the two that didn't were our leading scorers (Tharpe and Binion) and we won by 25 points.

"That goes along with everyone playing their roles. A lot of times, guys won't buy in, but we're starting to see these guys see what it takes to win."

Junior big man T.J. Wicks has spent the season as one of the most-feared shot blockers in the greater Chicago-Land area, but as of late, the 6-foot-8 forward has added range and moves to his post game.

He scored the first four points for the Kays and spent the night as a focal point of the Kays offensive game plan of quick and steady ball movement against the Stars' signature 1-2-2 zone defense.

The Kays participate in the Battle versus Breast Cancer Shootout at Morton College in Cicero today.

Some of the best photos from local sports games and competitions in early January.

Some of the best sports photos from local games and tournaments in December.