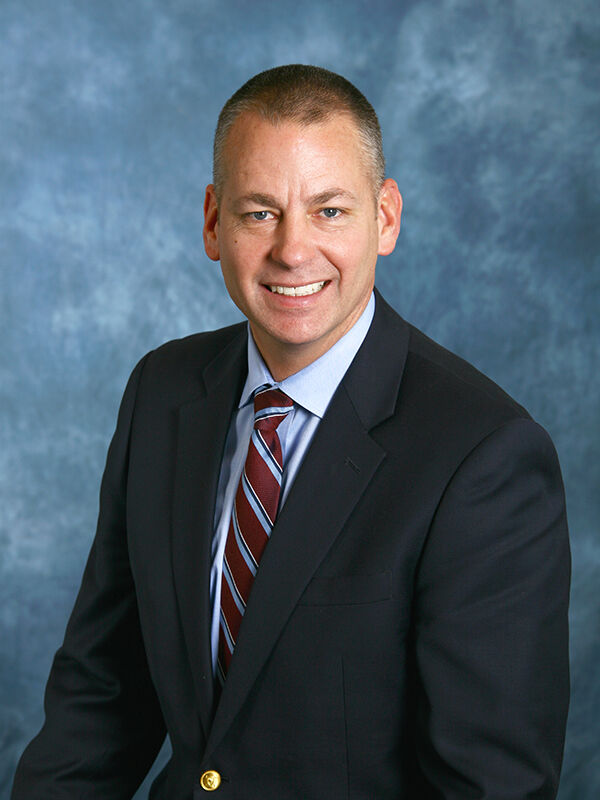 On the heels of Wednesday’s historic schedule shift for the 2020-21 prep sports season, Illinois High School Association executive director Craig Anderson held a 45-minute teleconference with media members across the state, during which he answered a wide range of questions that came along with the monumental changes.

With the IHSA’s announcement coming hours after Indiana’s prep sports were given a green light in the fall, joining several other states surrounding Illinois, Anderson said he knows the decision made here doesn’t quite align with the state’s neighbors.

“I hope and pray that they can get those plans to play out, but I think as we’ve recognized in our state, at least the Department of Public Health has, that those are risky sports — the team sports, the higher-risk sports, could end up with higher positivity rates, and there could be shutdowns and those kinds of things,” Anderson said. “I definitely was aware of those things, but being here in Illinois, we are and we have leaned on the guidance of the Governor’s Office and the Illinois Department of Public Health, and that’s how our board ended up where we’re at with our plan.”

The state’s decision to turn three seasons into four, allowing lower-risk fall sports to not potentially be held up because of more higher-risk sports, is somewhat unprecedented when comparing the IHSA’s plan to other plans across the country. Anderson said the reason for four seasons was to allow multi-sport athletes to continue to participate in their different sports as much as possible.

“There was a concern about overlapping some sports with sports that would be out of their ordinary seasons,” Anderson said. “We implemented as many fall sports as we thought the IDPH would approve. ... There could be some other low-risk sports that we could have brought into the fall, but generally, I think our board and our staff was hoping to permit all of our students across the state to have the opportunities to participate in the sports they ordinarily would within a certain time schedule.”

Of course, there is more to youth sports than the IHSA. Travel and club teams, particularly for sports such as baseball and softball, basketball, volleyball, soccer and wrestling, sometimes can weigh more importantly than school sports. With baseball, softball, boys volleyball and girls soccer moving to the summer, the two seasons likely will conflict.

Anderson said a decision on whether the IHSA will permit student-athletes to participate in club teams at the same time as their IHSA seasons, a move that is usually against the rules, will be discussed at a later date.

“We don’t believe that the sports on the horizon, those that will be offered in the fall, would likely have an overlap and need an opportunity to participate on a nonschool team in conjunction with a school team,” Anderson said. “We recognize that when we get to the summer, during that season in particular and maybe the spring, there could be some overlap.

“The board collectively decided to table that. ... I think we can review that in August, which is our next regularly scheduled meeting.”

The move from three seasons to four also means every sport will see its season shortened, and there is also a break of about a month between the end of the fall sports season (Oct. 24) and the beginning of the winter season (Nov. 17).

Anderson said because of the risk that comes with winter sports such as basketball and wrestling, the delayed start buys some time to see relaxations in the new guidelines Gov. Pritzker and the IDPH unveiled Wednesday.

“I won’t be surprised if we get to Nov. 16, and we’re just not to a position where the [IDPH] says we’re able to commence practice and/or competition in those sports, so we’ll have to wait and see,” Anderson said.

The shortened seasons also come with the unanswered question of postseason play. As Anderson mentioned in the IHSA’s news release issued Wednesday, the schedule can, and likely will, see changes, whether that be the addition of some sort of state series or moving seasons around to work around potential virus spikes.

“This is a model to work off of for now; things may be adjusted,” Anderson said. “If we get delayed with the winter, it may push some in a different direction.

“And if there’s an opportunity for a state series, depending on how that plays out and the permissions we may be granted in the future, I think that could modify some of these potential ending dates if we could now institute a state series.”

Between the potential of extending the season and the idea of trimming the regular season down from the traditional nine games (seven regular season games is a popular early idea), Anderson said there could be some sort of postseason for the state’s most popular sport, even if it’s unconventional.

“We would anticipate more like a six- to seven-game regular season and moving into some regional postseason competition in a somewhat bracketed format to have teams still get nine games in but to have those last two or three games to be some sort of postseason,” Anderson said.

The IHSA board of directors meeting offered a few other details aside from the new schedule. The board also extended Phase 4 of the Return To Play Guidelines for summer workout activities. The extension grants all winter and spring sports teams an additional 20 days of contact between Sept. 7 and Oct. 31, so long as they follow Phase 4 of the Illinois Return to Play Guidelines.

The board also verified schools that will participate in e-learning will not be barred from IHSA competition. Nonsports activities sponsored by the IHSA were discussed as well, with further action expected in the future. Those activities include bass fishing, chess, debate, drama and group interpretation, individual events, journalism, music and scholastic bowl.