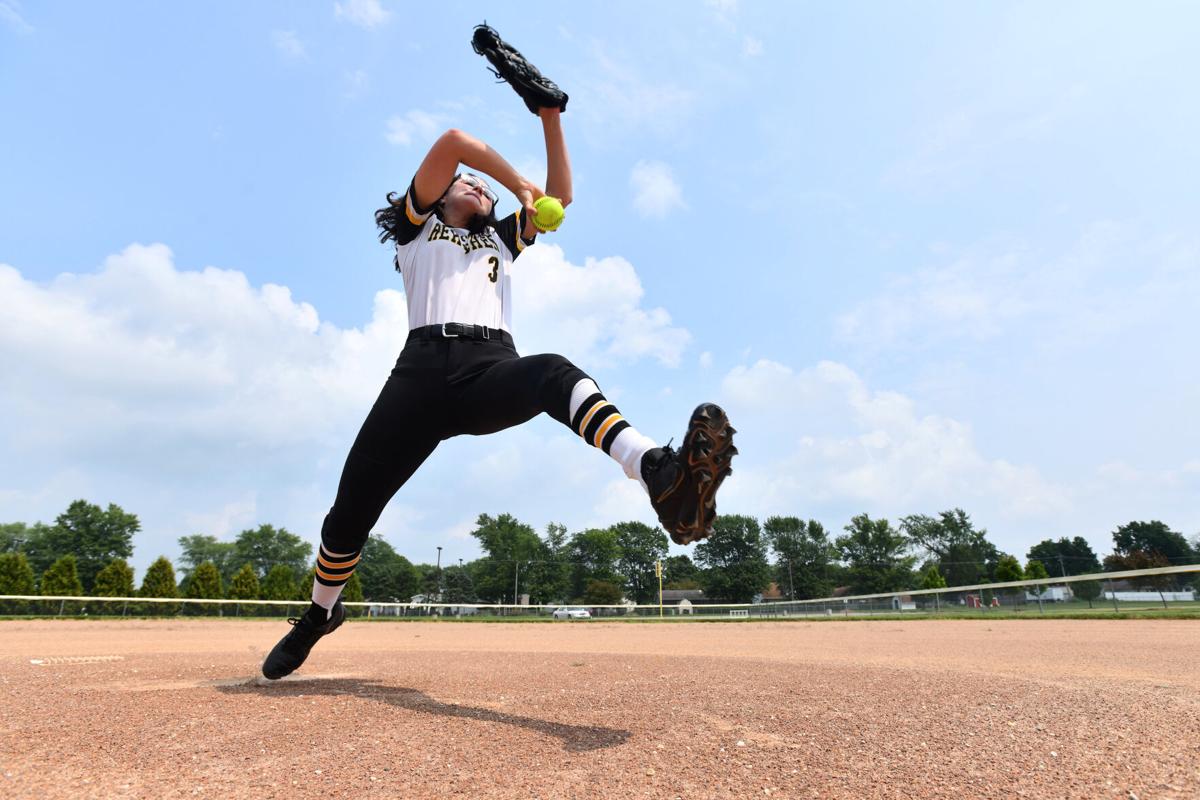 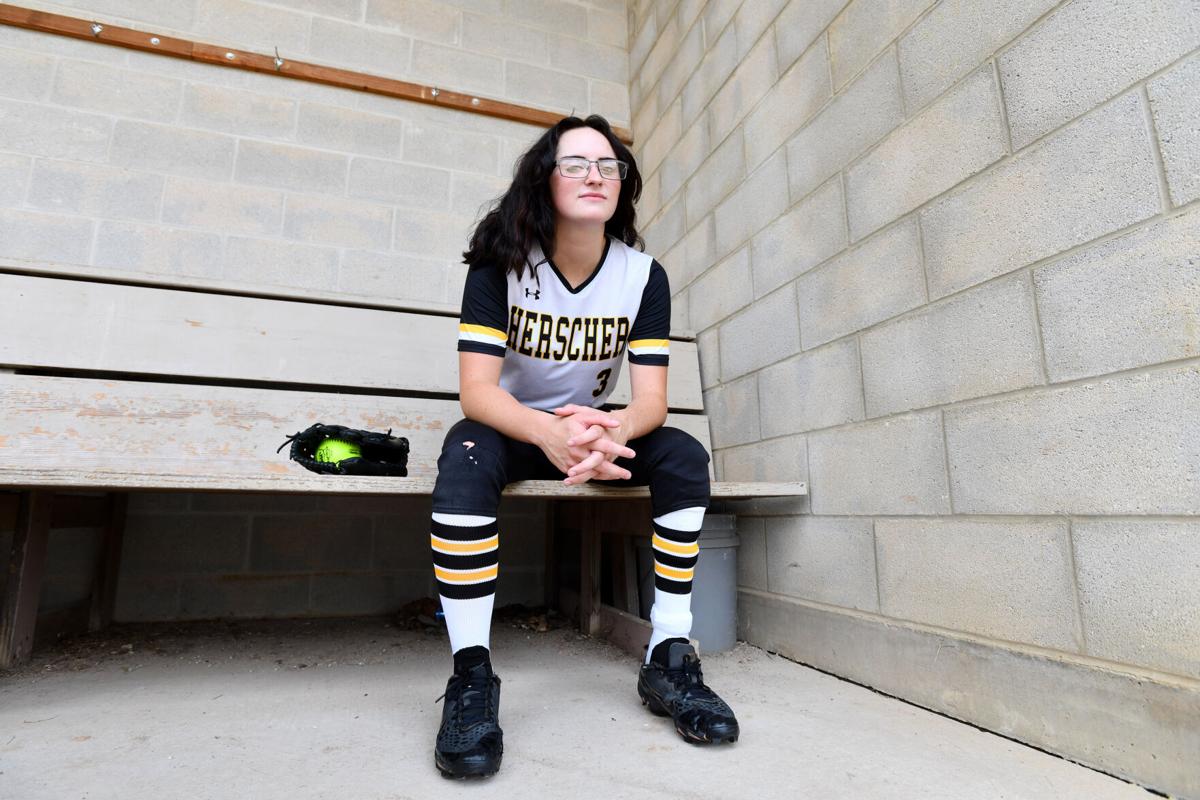 Colby McDivitt, a 2021 Herscher graduate, sits in the Tigers home dugout for a photo last week. McDivitt will continue her career pitching at Kankakee Community College this upcoming fall. 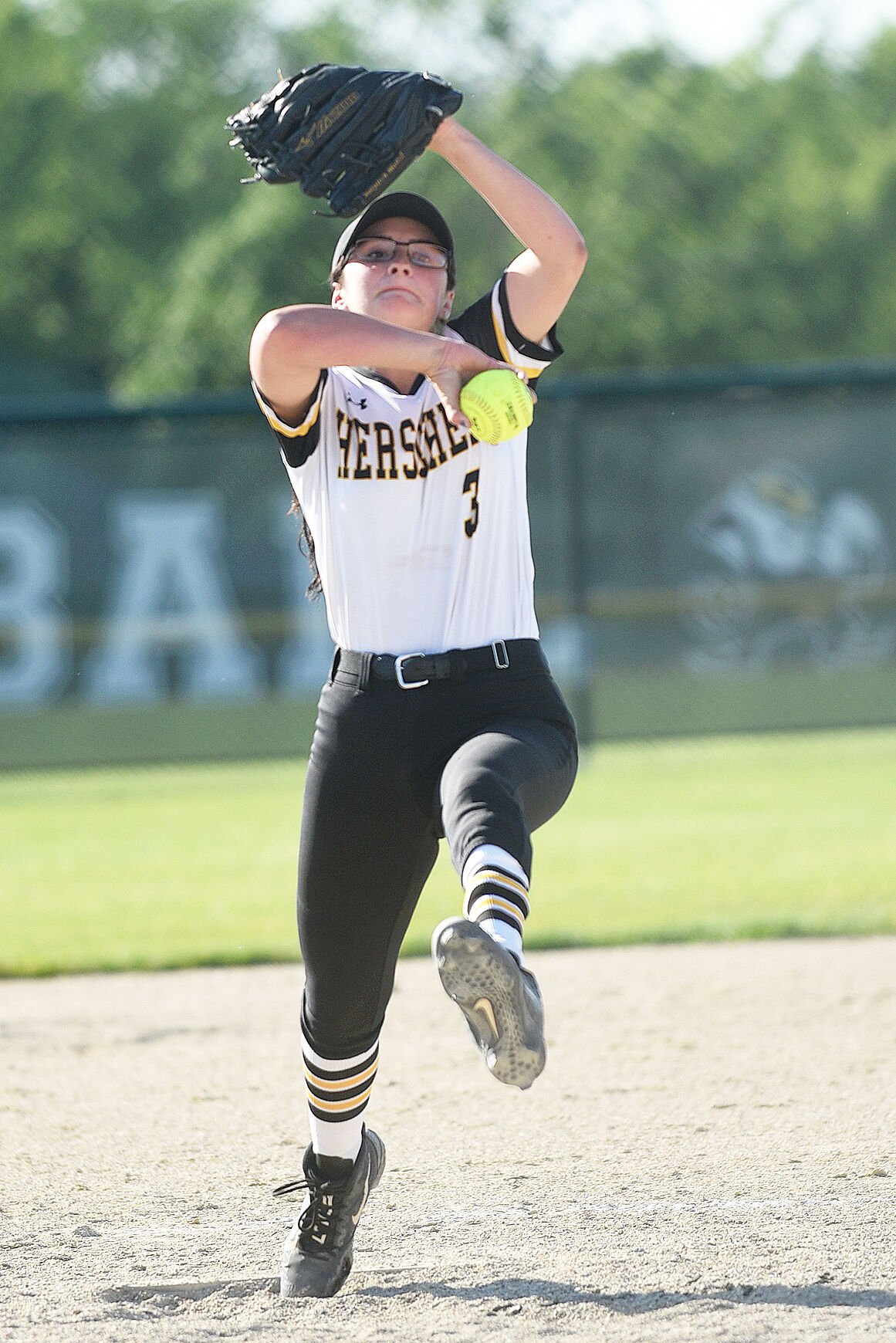 Colby McDivitt, a 2021 Herscher graduate, sits in the Tigers home dugout for a photo last week. McDivitt will continue her career pitching at Kankakee Community College this upcoming fall.

From an early age, Colby McDivitt wasn’t quite like everyone else, but she never felt different. After a car accident took her left foot as a 3-year-old, the 2021 Herscher graduate learned as a toddler to make an adjustment most full-grown adults would struggle with.

Fifteen years later, McDivitt has gone on to use her disability as fuel competing within the softball circle, a familiar spot for which she’ll continue her career pitching at Kankakee Community College this fall.

McDivitt was the Tigers’ ace last season, when she went 15-6 overall on the bump with a 2.59 earned run average and 87 strikeouts in 127 innings pitched to secure Daily Journal All-Area and All-Illinois Central Eight Conference honors.

It took many years of repetition practicing with her mother and father in the backyard to figure out how to land properly on her prosthetic foot. From about age 6 until 12, the right-handed pitcher worked on her balance to learn to pitch without caution.

“When I was younger, my dad and I did this drill called the jump drill, where I wouldn’t pitch a ball or anything but just do the jump over and over again like 100 times in a row ...” McDivitt said. “I would do it every day to keep my balance because I don’t have the front part of my foot and so there’s not much balance there.”

McDivitt noted there is a clear-cut difference between pitching with a fake foot.

“It definitely would be different pitching without a prosthetic foot since when I stride out, I land on my left foot,” McDivitt said. “I’ve broken so many prosthetics because of how I land on it. ... Pitching on it is definitely different because my foot begins to hurt after a while.”

McDivitt has gone through about 15 or so prosthetics during the years mainly because of growth spurts and tightness issues. McDivitt’s doctor is in Chicago, so she often played through the pain in order to avoid the lengthy drive north.

Whether it was her time at Trinity playing varsity softball as a freshman and sophomore or suiting up for the Tigers for her final two years of high school softball, McDivitt said nine times out of 10, she gets treated like any other softball player.

“Usually other players treat me the same as if I was a regular girl,” McDivitt said. “Most girls don’t even notice because of the uniform.”

McDivitt made the decision to return to the Herscher area after playing her first two seasons for the Eagles mainly because of the longer regular season and postseason opportunity.

“Playing for Trinity was fun, and I definitely loved the experience,” McDivitt said. “But I wanted a postseason, and so I left and went to Herscher.”

As far as McDivitt’s postseason hopes for the Tigers, they unfortunately were cut short twice. Her junior season was canceled because of COVID-19, and the Tigers took a devastating defeat against Bishop McNamara 14-4 in the IHSA Class 2A Regional championship in June.

“She never led me on the information that her foot would be hurting, but that’s just the type of kid she is,” Tigers coach Mike Cann said. “She’s a ‘Don’t ask, don’t tell; give me the ball’ type of pitcher.”

With her high school career over, McDivitt is set to take on a new challenge playing at Kankakee Community College next season.

“I love softball, and so I’m really excited to get the chance to play at KCC next fall,” McDivitt said. “I’m just going to keep working and practicing every day just to keep myself moving.

“It was always my goal to play college softball, and so it feels pretty good to achieve that.”

McDivitt more than likely will look like any other Cavalier on the diamond.

“When watching her pitch and play, unless you knew about ... the prosthetic foot, you really wouldn’t know,” former Eagles coach Mike Lawrence said. “Her balance when pitching and hitting is as normal as any high school softball player. She competes and has a will to succeed.”