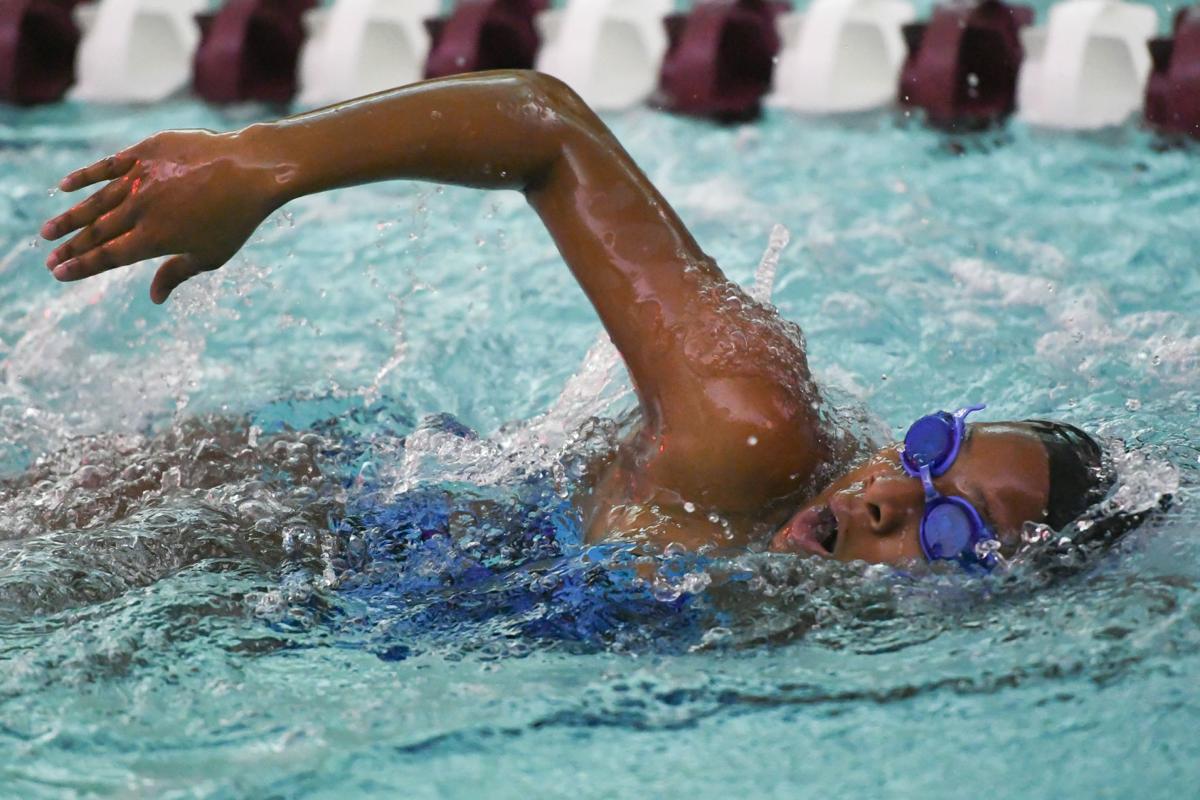 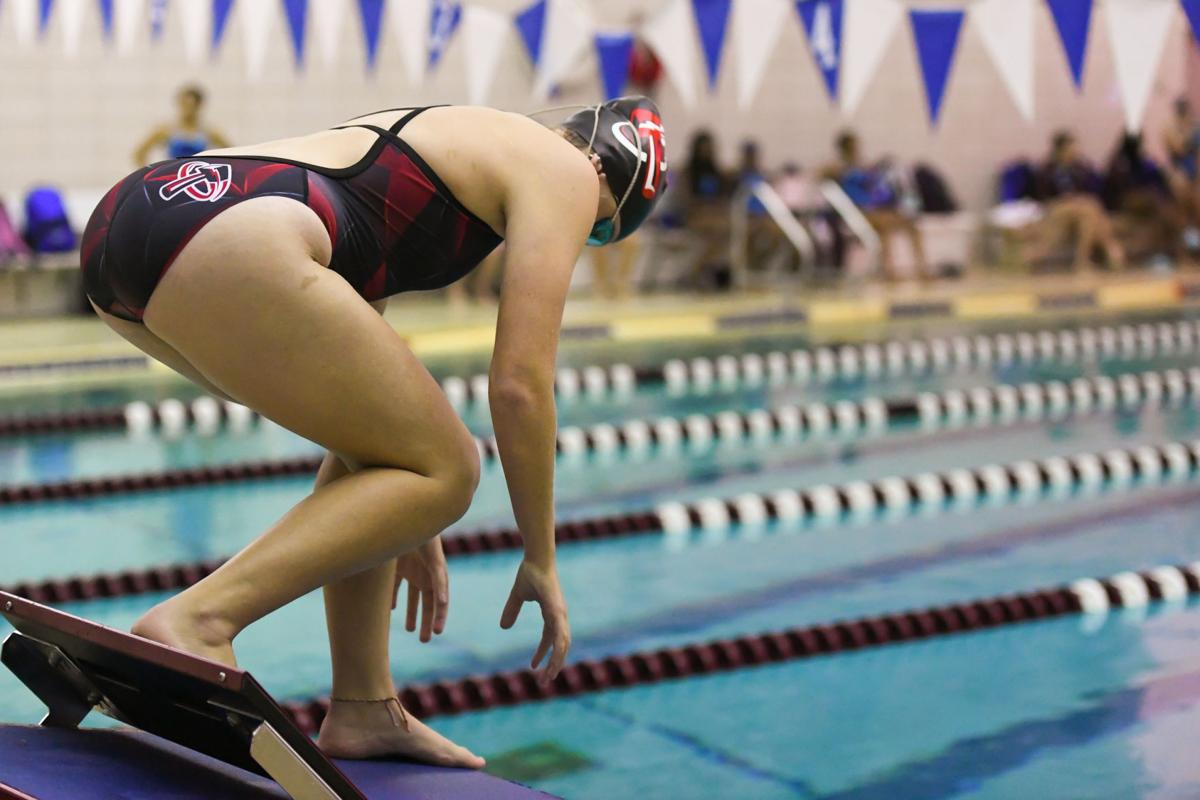 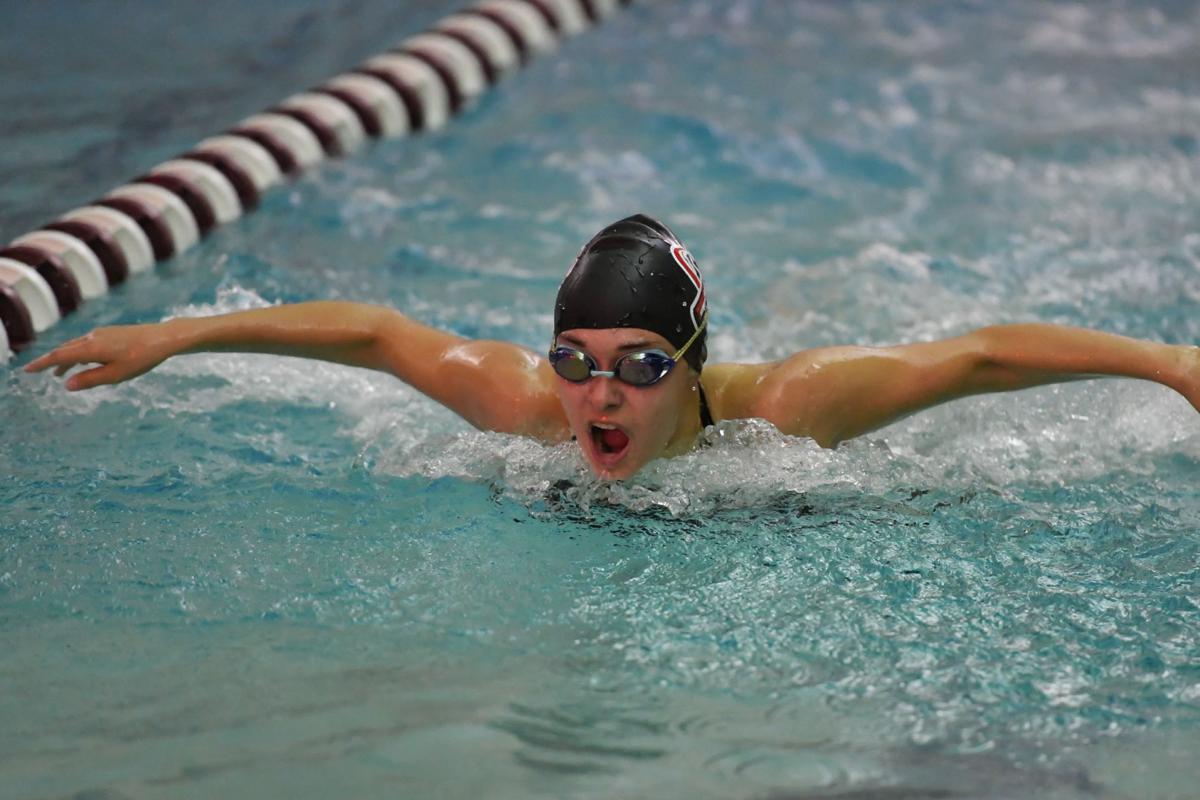 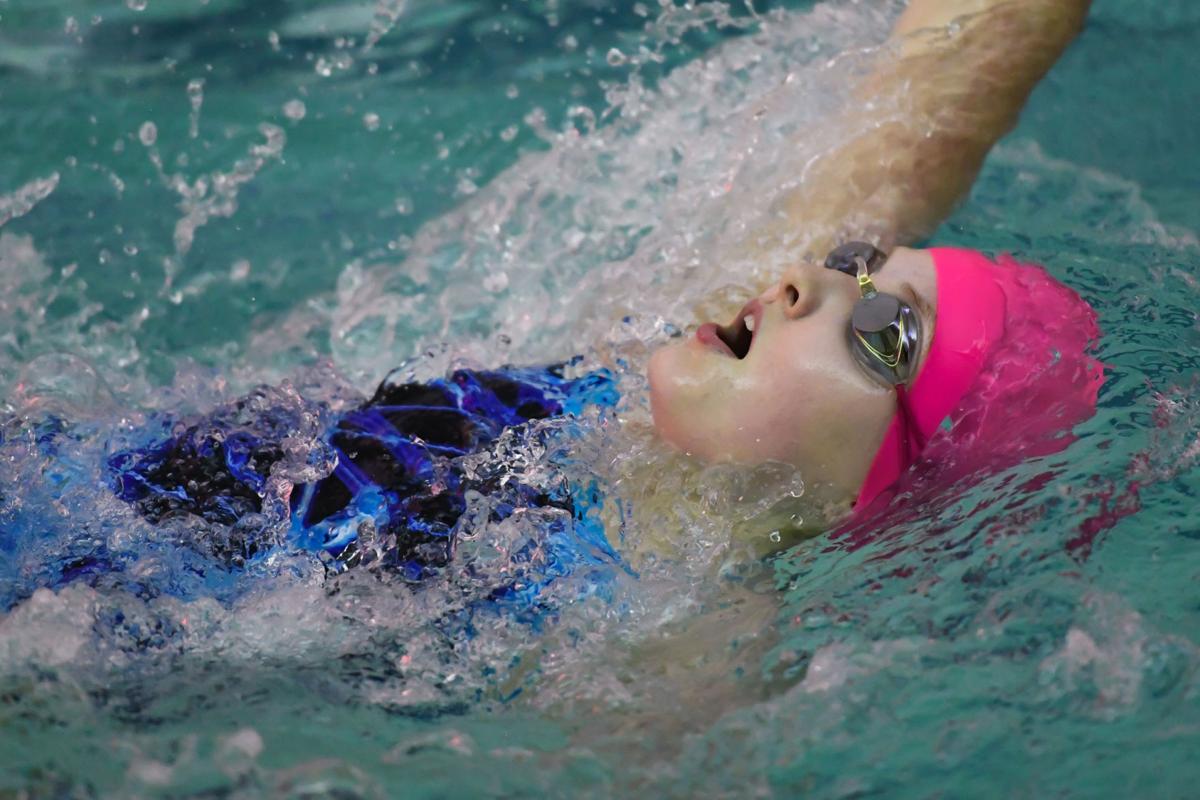 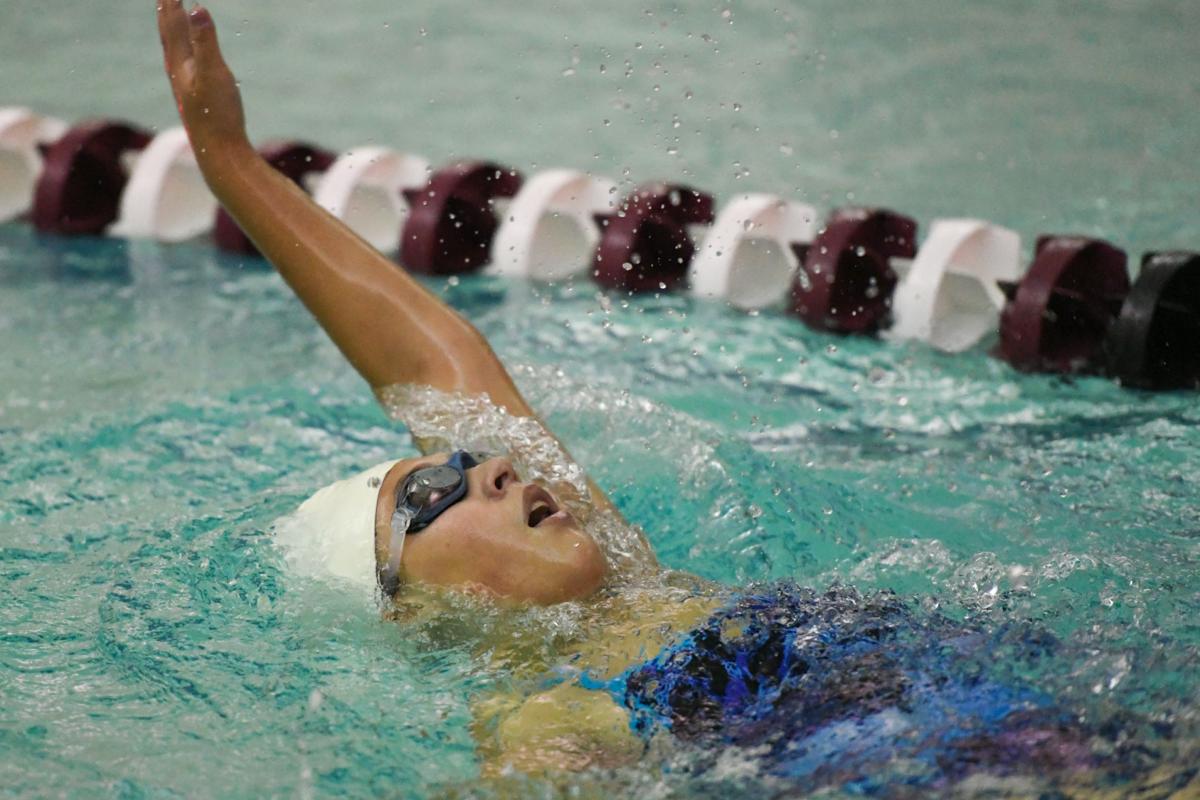 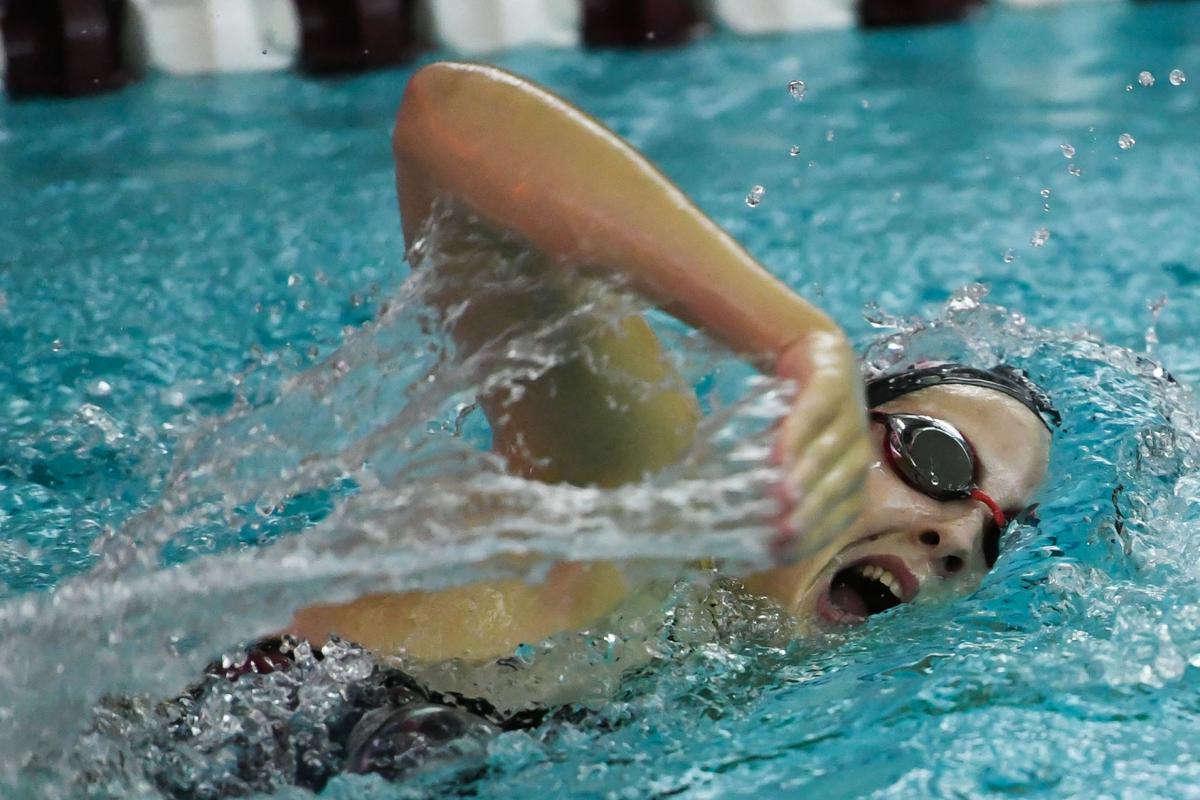 KANKAKEE — The girls all-city swim meet was held in Kankakee on Tuesday. Although it was hot enough on the sweltering September evening, Kankakee and Bradley-Bourbonnais took to the indoor pool for a hotly-contested dual.

And in front of its home crowd, Kankakee, a co-op comprised of swimmers from Central, Herscher, Manteno and Reed-Custer, edged out Bradley-Bourbonnais 89-81 in front of a jam-packed crowd.

First-year Kays coach Scott Teeters said he was proud of all his kids, both his veterans and new kids to the program, as both contributed to the victory.

“Most of the new kids were kids I pulled out of P.E. class or the lunchroom,” Teeters said. “And those kids are doing a great job right now.”

“I’m really proud of our new kids. It’s really confusing for a kid who’s new to swimming to come in and figure it all out. They were really out of their comfort zones tonight, but they stepped up.

“And it’s big for our seniors as well. I think they have beat Bradley-Bourbonnais three out of four years now. So, it’s huge for them.”

Teeters said he his teams depth was key to the all-city win, which was in the dual meet format.

“You score five kids, so you can only win a dual meet if you have depth,” Teeters said. “We knew that our top kids would be solid. But the kids in the outside lanes that moved up from fifth to fourth and fourth to third were the ones that helped us win the meet.”

Teeters came to Kankakee after a long coaching resume both locally and nationally. He started the swim program at Olivet and was named the NAIA national boys coach of the year twice and NAIA national girls coach of the year twice. Teeters also was the head coach at the University of Gardner-Webb and has also been an assistant coach at the University of Oakland and Eastern Michigan.

Although Teeters might be more experienced, he said his opponent’s program, Bradley-Bourbonnais, is in great hands under first-year head coach Jena Dudek.

“That’s a really well-coached team we beat,” Teeters said. “She’s a first-year head coach, but she’s been doing this for a long time. I knew they would be solid fundamentally and told my kids the same thing. And they were. But luckily, we were as well.”

Dudek said she was pleased with the way her kids competed, especially so early in the season.

“For the second meet of the season, I thought our kids were locked in,” Dudek said. “Our kids were swimming tired from working really hard in the weight room and during morning practices. So, I’m really pleased with how they did with their overall attitudes and how they came together as a team.

“Our goal is to have fun, compete and work hard. We would like to have a good dual season record, but our main goal is just to keep improving and doing the best we can.”