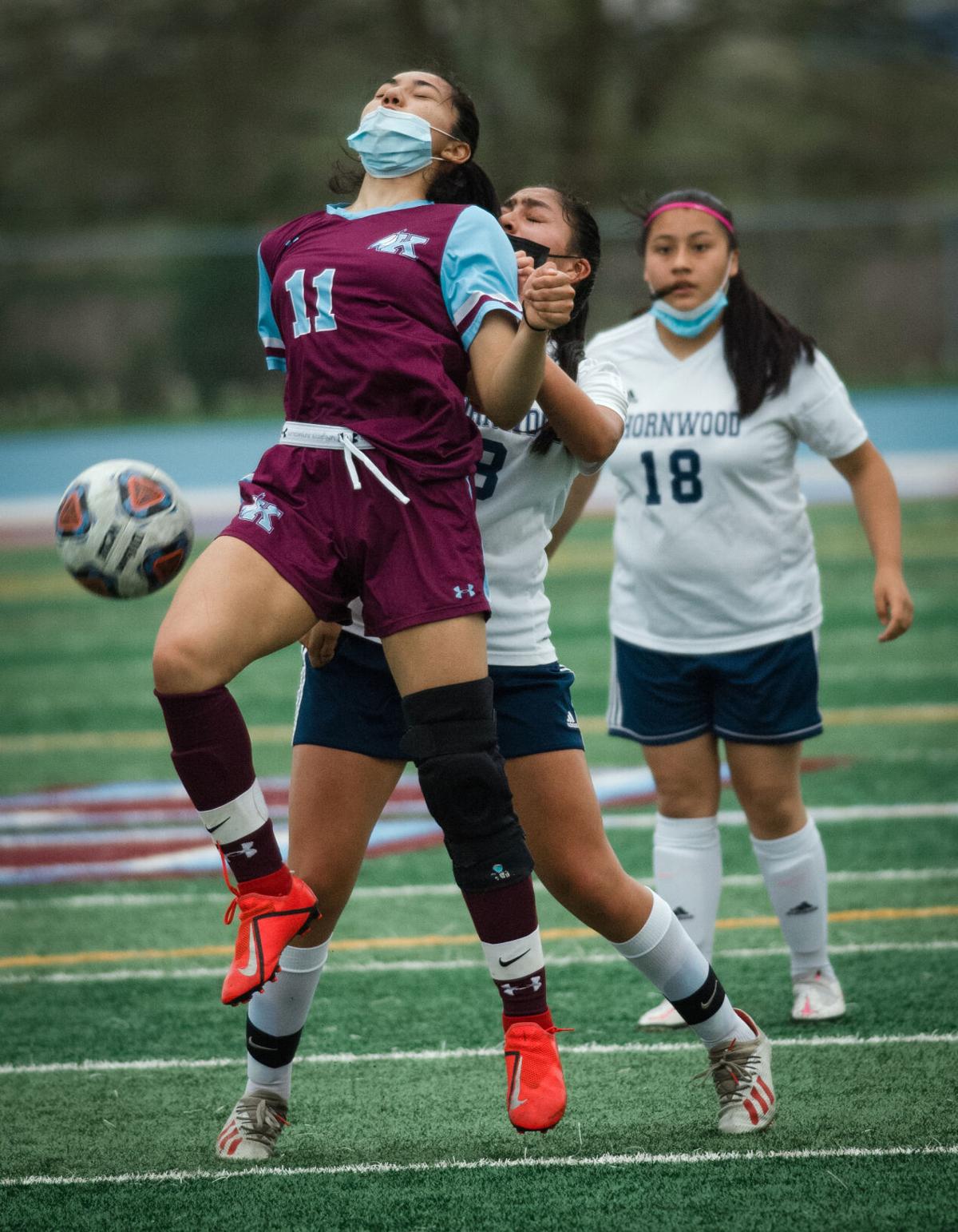 Kankakee's Alejandra Cornejo (11) plays the ball in the air as Thornwood's Melani Arredondo defends during Monday's game at Kankakee. 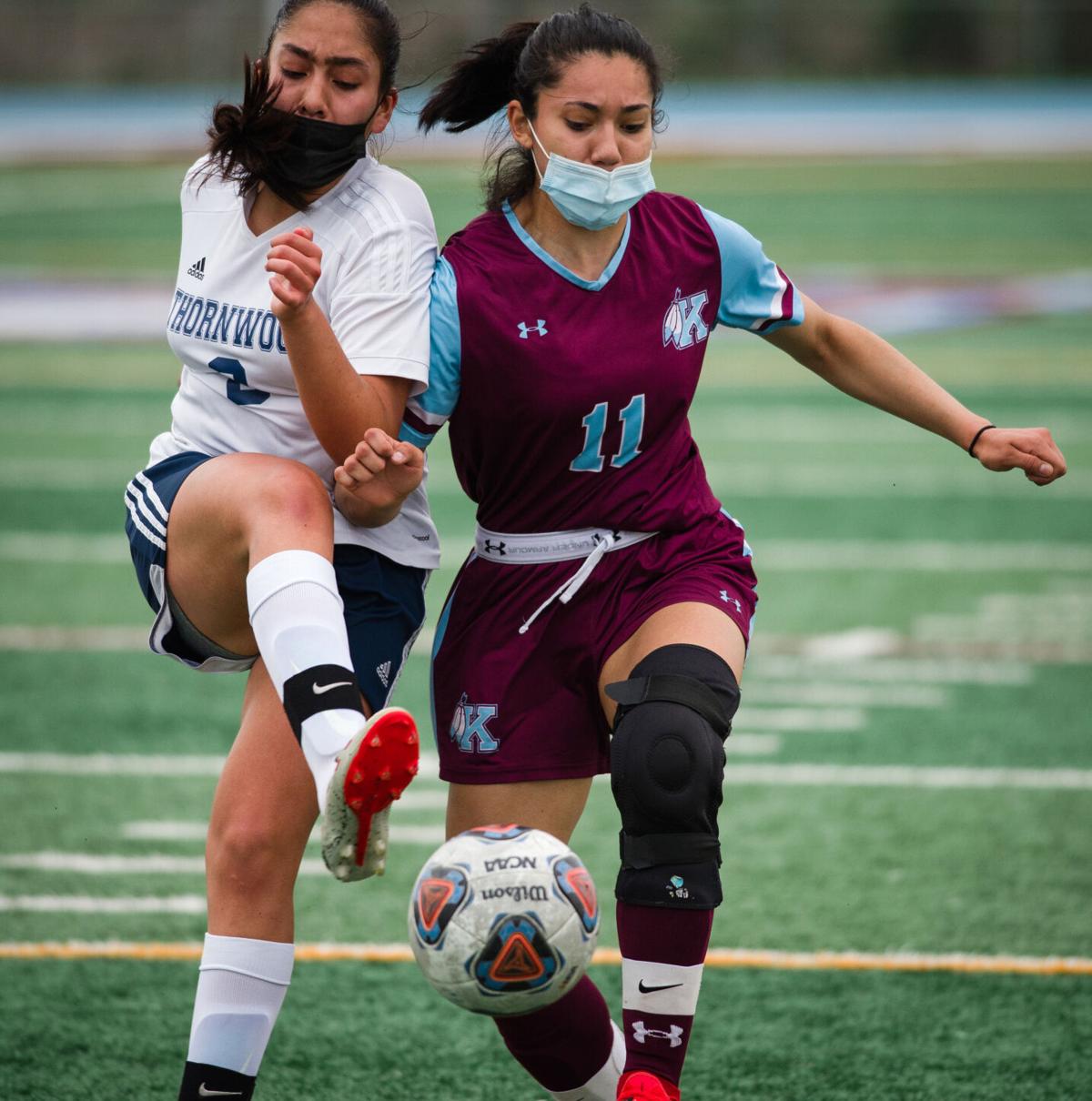 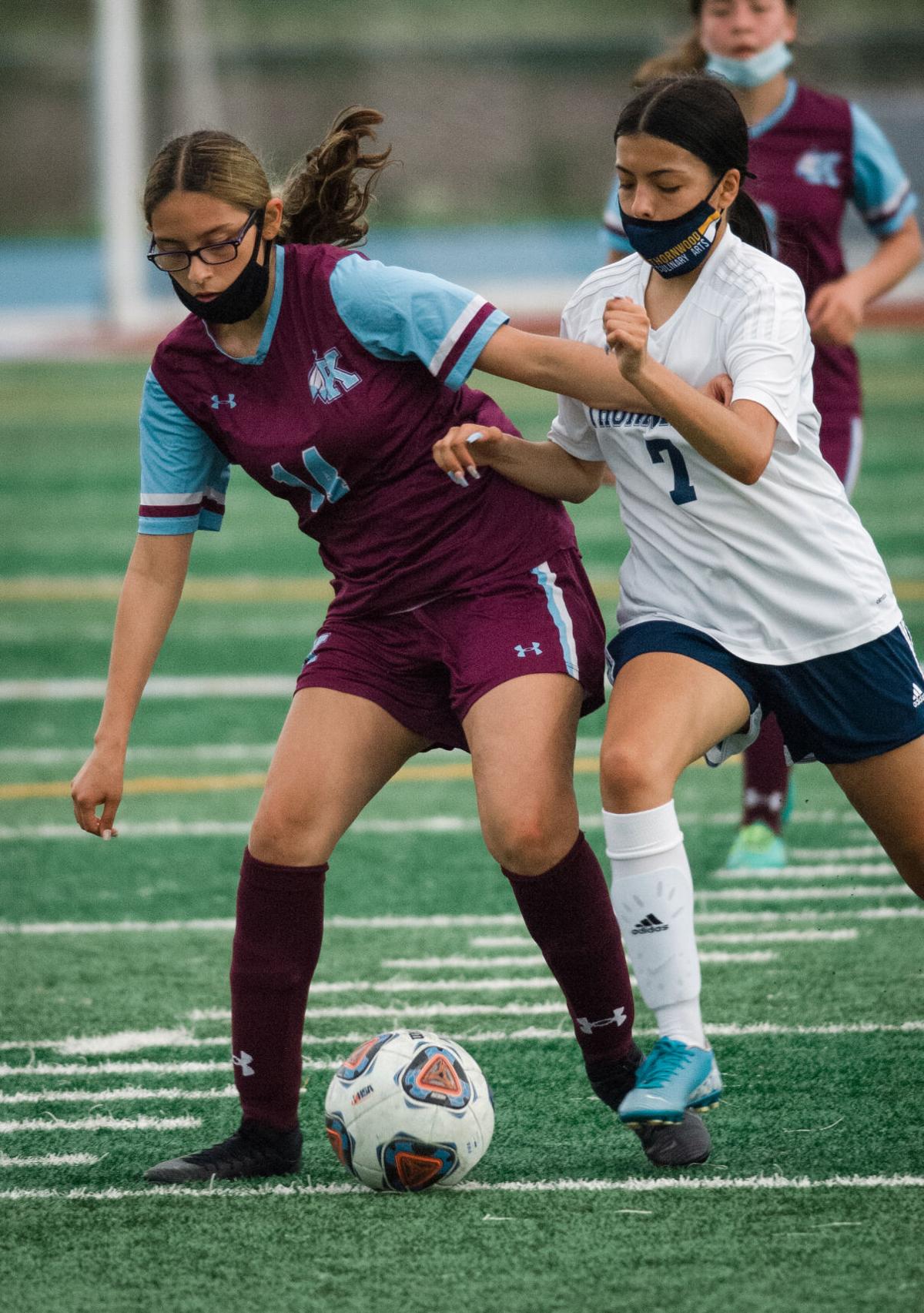 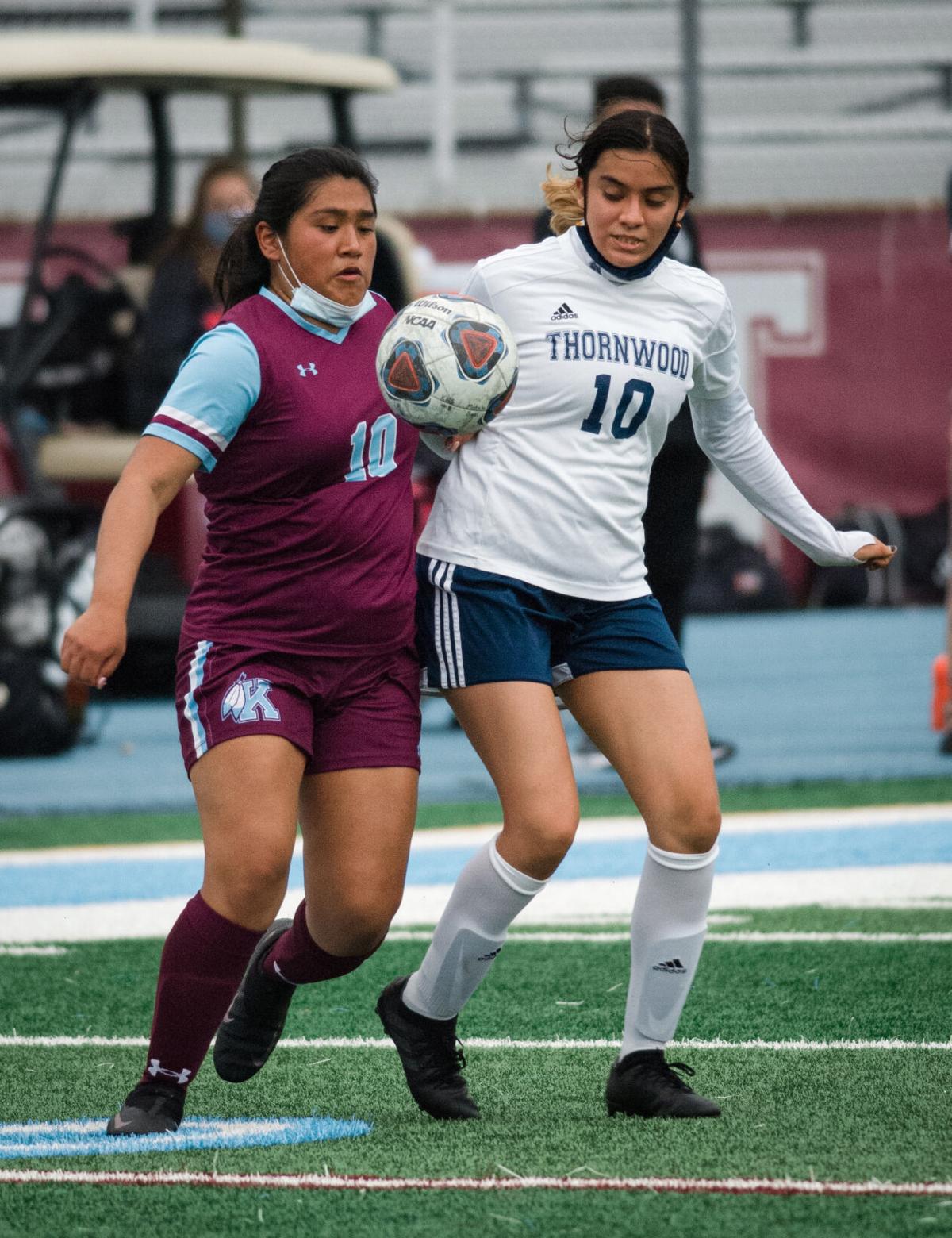 Kankakee's Alejandra Cornejo (11) plays the ball in the air as Thornwood's Melani Arredondo defends during Monday's game at Kankakee.

KANKAKEE — Kankakee’s girls soccer team knew it would have its depth tested this season with just 15 varsity players — more than half of them underclassmen.

Things haven’t gotten any easier for Kankakee as of late either, with its starting goalkeeper, Gadizury Jacobo, being ruled out with an injury for what presumably will be for the rest of the season. Without Jacobo on Monday evening, the Kays gave up seven first-half goals to Thornwood before they fell to the Thunderbirds 7-0 in 60 minutes of play.

“We are growing,” Kays coach Vincent Mkhwanazi said. “The girls program in general is still growing, and so we are still putting the pieces together. At this point, we are trying to build the tradition for lady soccer not just on the team but district-wide.”

Thornwood didn’t waste any time taking advantage of an undermanned Kays squad. The Thunderbirds scored two goals in the opening three minutes of the match. Thornwood’s Jasmine Huerta found Melani Arredondo 1 minute and 40 seconds in before Huerta hit the back of the net off a corner kick about two minutes later. Already with a 2-0 lead on the road, the Thunderbirds kept putting the pressure on the Kays by adding a third goal off an Arredondo free kick with 30 minutes left in the first half. Arredondo’s second goal of the evening gave Thornwood three goals within the first 10 minutes of the match.

“More importantly these girls didn’t drop their heads,” Mkhwanazi said. “It could have easily been more goals within the first five to 10 minutes of play if we continued playing the way we did. Up to an extent, Thornwood had to work for their goals.”

Time and time again, the Kays saw themselves having to work extremely hard on the defensive end because of the strong passing of the Thunderbirds. Kankakee rarely had possession of the ball, which ended up resulting in four more goals by Thornwood before halftime.

Replacement goalkeeper Vanessa Guzman gave it her all for the Kays. She started the entire first half behind the net, tallying five saves on 12 shots on goal by Thornwood. She was replaced in the second half by Guadalupe Murillo, who snagged one save and a shutout.

“Both goal keepers played well,” Mkhwanazi said. “Keep in mind, they went out there last minute. Both of them kept their heads up, regardless of the results, and that’s all I can ask for.”

The dominant first half by Thornwood forced the match to end early, as the second half only went 20 minutes. After being out-shot 16-1 in the first half, the Kays bounced back by outplaying the Thunderbirds for the final 20 minutes. Kankakee outshot Thornwood 4-3 in the second half before settling for the loss that dropped them to 1-2 on the season.

“We are where we are right now due to the fact we are still building and working,” Mkhwanazi said. “It’s going to take time.”