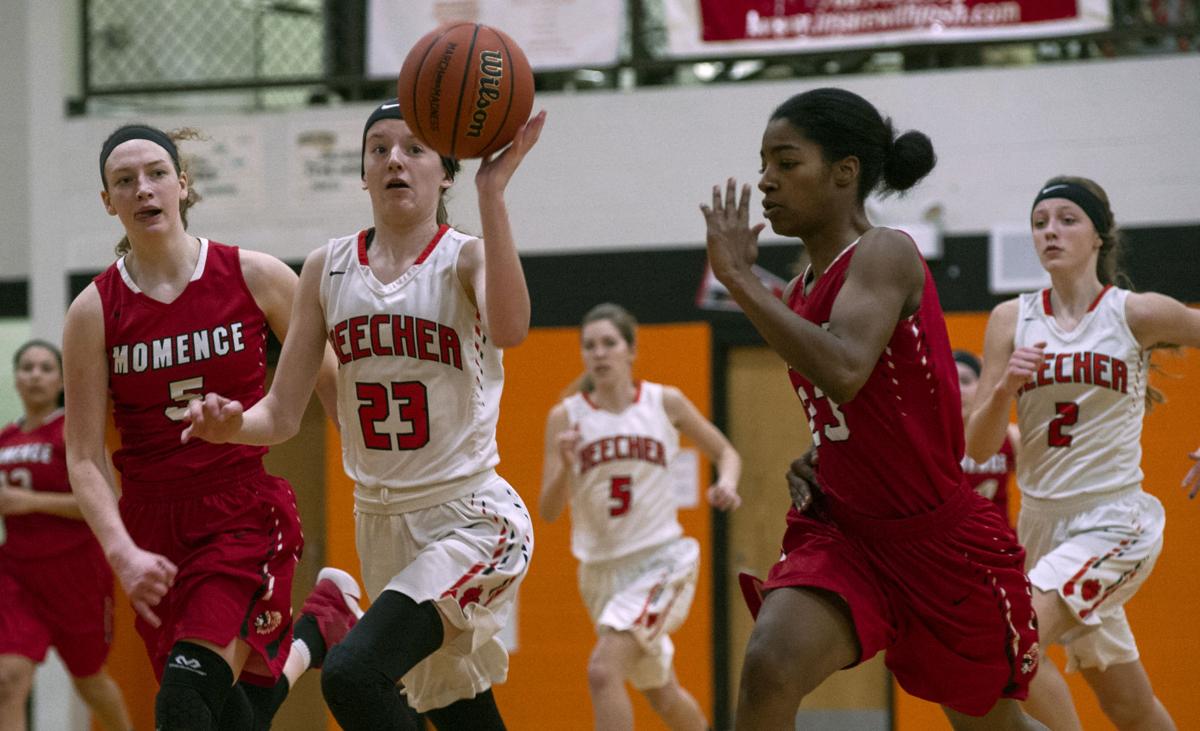 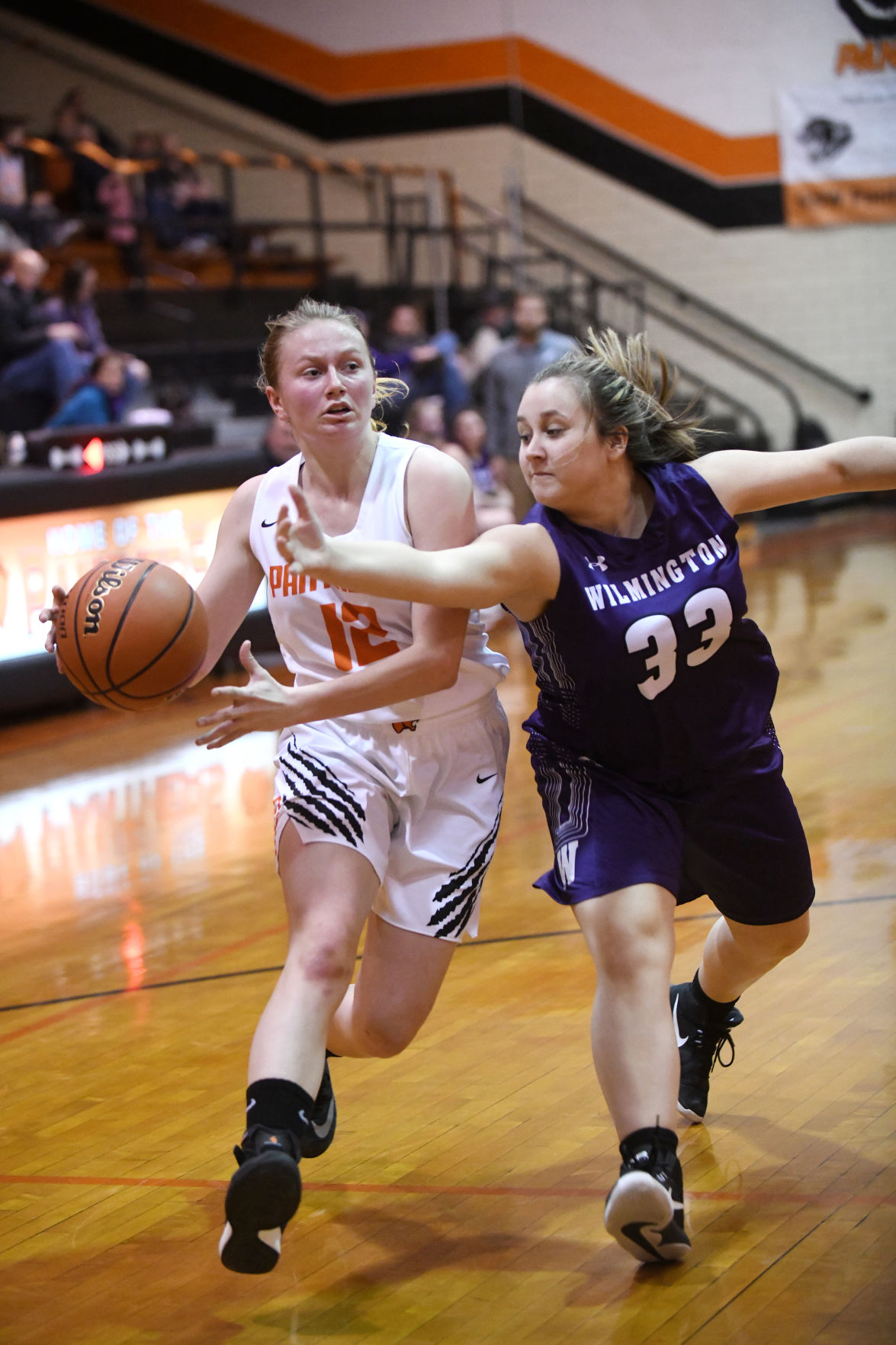 Last season, Beecher avoided sharing a part of the River Valley Conference crown with Gardner-South Wilmington after it bested them on the road in the final game of the regular season to finish with a perfect 11-0 conference record.

With so much senior turnover at the top of the conference, namely the Bobcats and Panthers, the RVC race might be the most open it’s been in years.

Beecher head coach Adam Keen will look for his third straight RVC title in 2021. However, he will have to do it without three of his key starters from last season. The Bobcats lost three three-year varsity starters, including multiple-time all-conference picks Margaret Landis and Kaylie Sippel, to graduation.

Abby Shepard returns as a junior after a strong sophomore season, when she averaged 11.8 points and 3.1 steals. She will join classmates Rhiannon Saller, Morgan McDermott and Luz Sandoval, who were key parts in last year’s successes.

“We are in sort of a passing-of-the-torch type of year after losing three girls who started for the past three years,” Keen said. “Sure, losing those girls will show at times, but we have some core players returning from a year ago [who] we saw take some great strides last season and during the limited offseason we had.”

The Panthers fell a little bit short of getting a share of the RVC crown for a second straight season last year, but the team set a new program-wins record and advanced to the Sweet Sixteen for the first time in school history.

G-SW lost a strong senior class that included starters Kaitlynn Kavanaugh, Madelyn Storm, Kennedy Fair and Paige Patterson. Kavanaugh looks to be the biggest loss, as she was a four-year starter, 1,000-point scorer and former all-area and all-conference player.

Head coach Adam Leigh will lean heavily on senior guard Abby Beck, who finished last season averaging 12.8 points and 4.9 steals, which was good enough to earn her all-state special mentions by the Associated Press and the IBCA.

“There is no doubt that we took a hit by losing such a strong senior class last year,” Leigh said. “I don’t necessarily look at this team as a rebuilding team because we still have quite a bit of talent I believe that can hopefully pick up where last year’s team left off.”

The Crusaders are coming off a sensational 2019-20 season, when they took first place in the American Christian Schools International Mid-American region after they finished the year 22-4 overall.

As they get ready to compete in their new conference for the first time, the Crusaders will look to take baby steps, given all the new pieces to their roster, as the team lost all five of its starters from last season either because of graduation or injury.

Watch out for senior Mere Sanford, who missed last season because of an ACL tear. She will look to help freshmen Natalie Dalton, Angelina Larsen and Anna Kibbons get acclimated to varsity competition.

“We are definitely in a rebuilding year, losing all five starters and seven players with meaningful minutes and stats,” Grace Christian head coach Chris Gnandt said.

The Wildcats showed a lot of promise in Lane Walter’s second season as head coach last year, and with St. Anne co-opping with them this season, Donovan has a great chance to improve on its 4-8 conference finish last season.

On top of all the returnees, Donovan will add key additions from St. Anne in Emily Wilkenson and Erica Sirois. Both are set to be major contributors for the Wildcats this season.

“I think we made people think about us last year,” Walters said. “This year, we are even better. The girls worked extremely hard over the off season, and they made a lot of personal gains.”

Tri-Point set to take the next step

Last season, the Chargers finished right in the middle of the pack with a 6-6 conference record, which was good enough for a share of third place.

Tri-Point lost three-year varsity starter Sierra Hummel, who averaged 12 points per game last season and totaled more than 1,000 career points. The Chargers bring back Lanie Woods, who is set to make her return after recovering from an ACL injury last season.

Woods will rejoin teammates Ellenie Dyrby, Melina Schuette and Kyra Cathcart, as they try to lead a youthful Tri-Point squad that will feature five freshmen.

“The uncertainty of the season has really set us back like I’m sure it has for many teams,” Tri-Point head coach Will Patterson said. “With three returning starters and Lanie coming back from injury, I feel we can be pretty competitive in the conference again.”

Grant Park to lean on veterans

After finishing the 2019-20 season in sixth place with a 4-9 conference record, Grant Park will look to lean on its defensive anchor Micaelyn Benson, who is set to make another leap in her final season as a senior.

She will join Kaiya Sellers as the team’s two most experienced players at the varsity level. In addition, the Dragons will hope to see big leaps from their four talented sophomores — Delaney Panozzo, Brooke Veldhuizen, Dylan Marcotte and Grace Fick — who saw varsity action as freshmen last season.

Thompson was unavailable for comment about this season’s outlook.

During the past handful of years, the River Valley Conference has provided the area with some of its most thrilling games, from overtime nailbiters to buzzer-beating theatrics.

Teams are rebuilding and reloading on the girls side of the Sangamon Valley Conference basketball season.