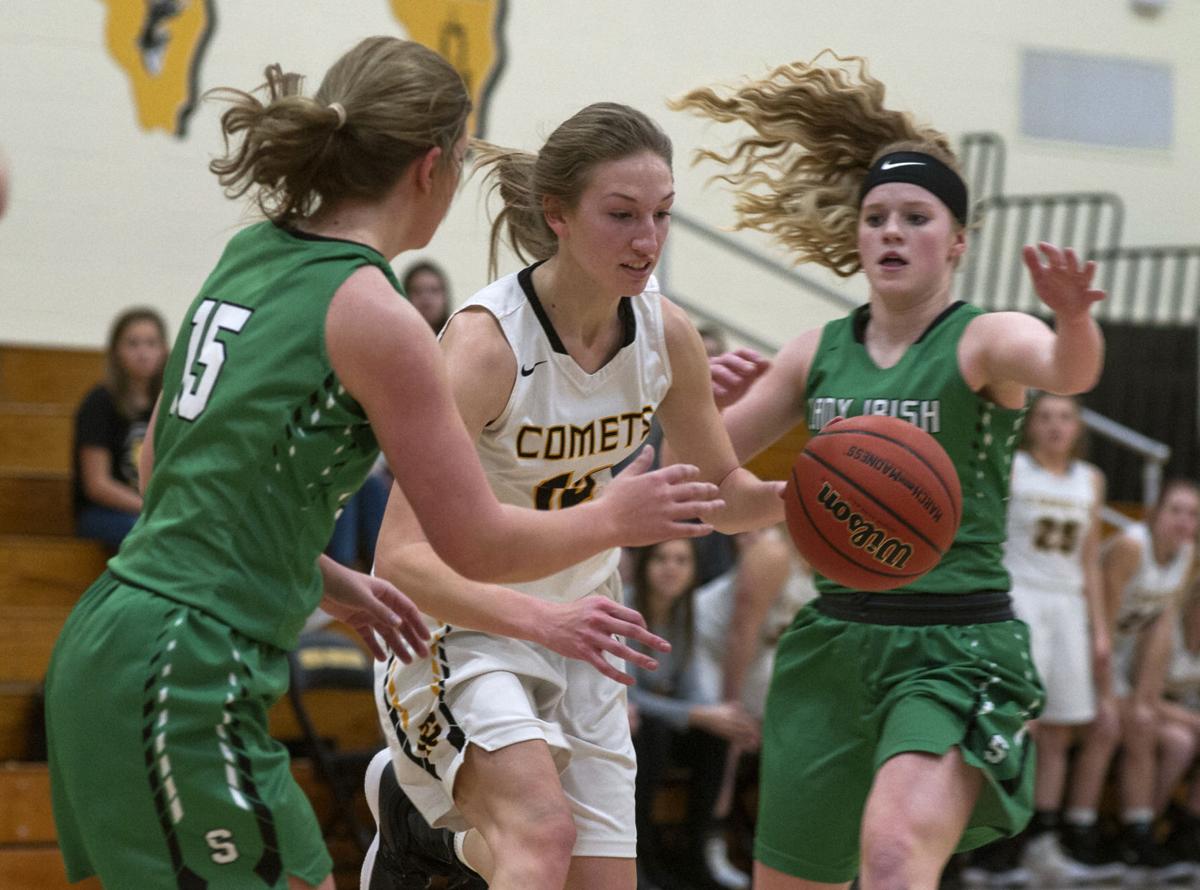 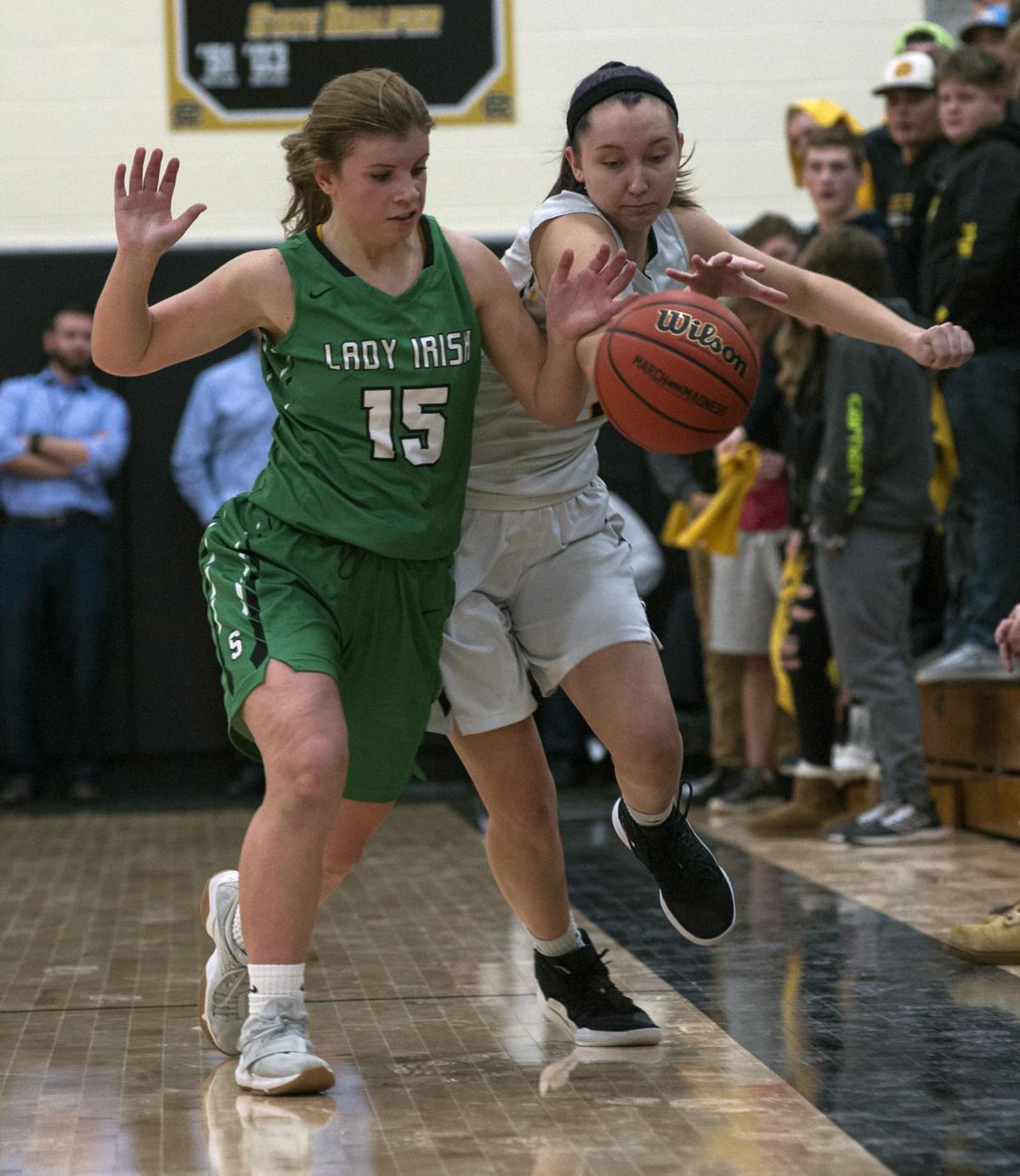 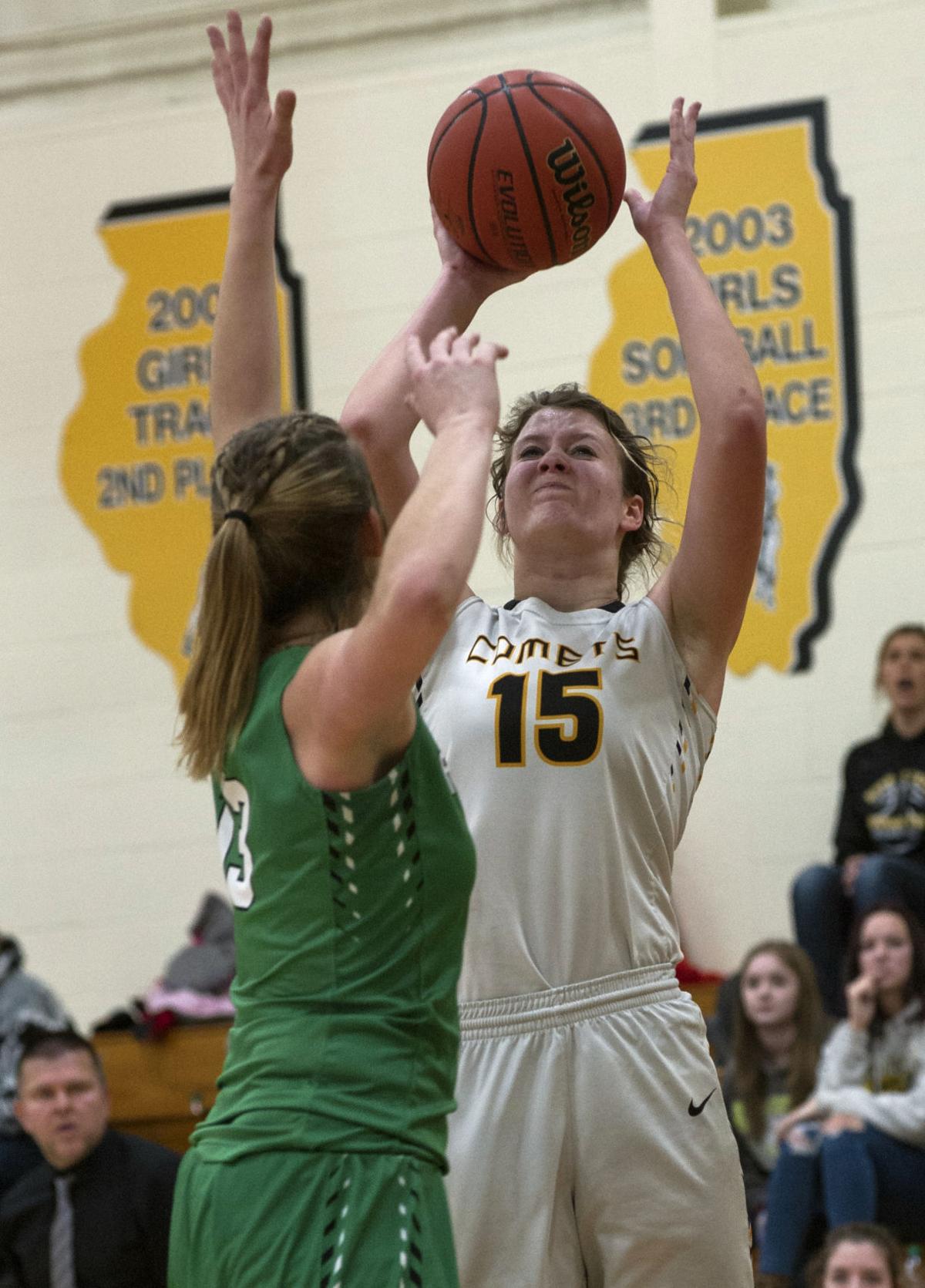 Reed-Custer's Kylie Balgemann gets a shot off over Seneca's Madison Bromberek during Thursday night's Class 2A Regional Championship at Reed-Custer. 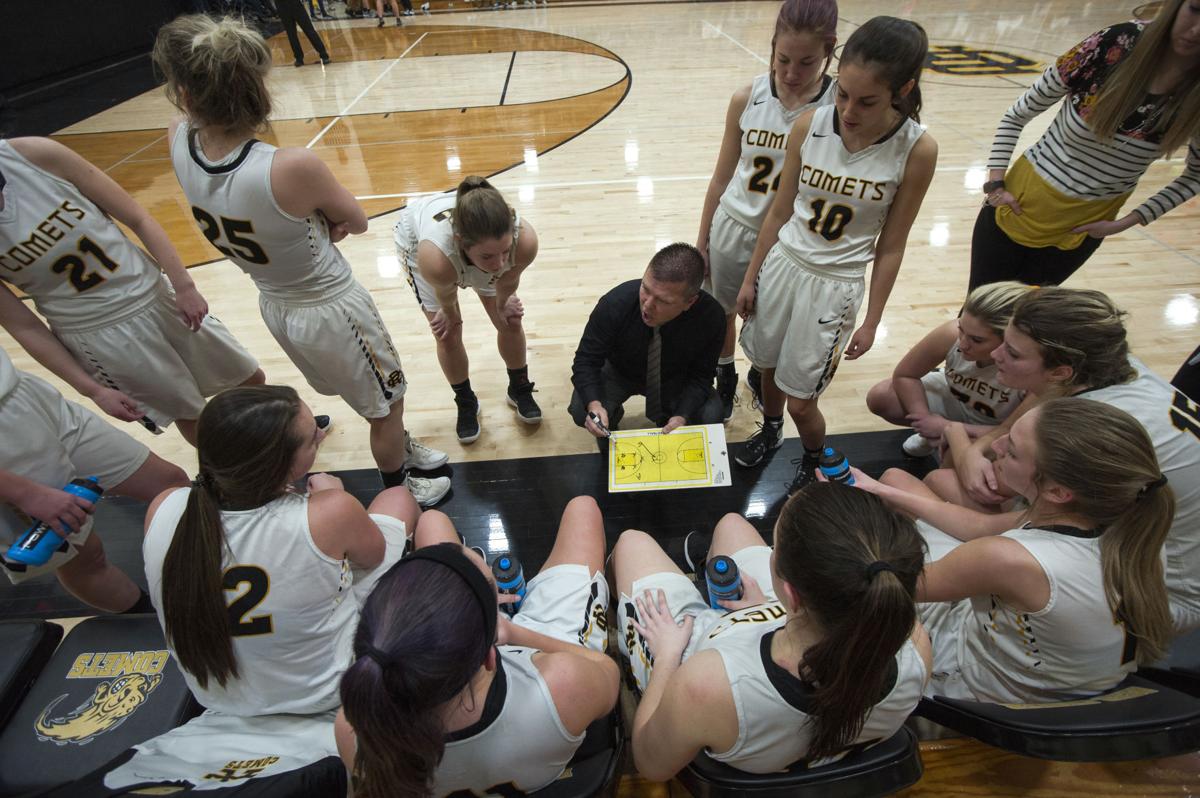 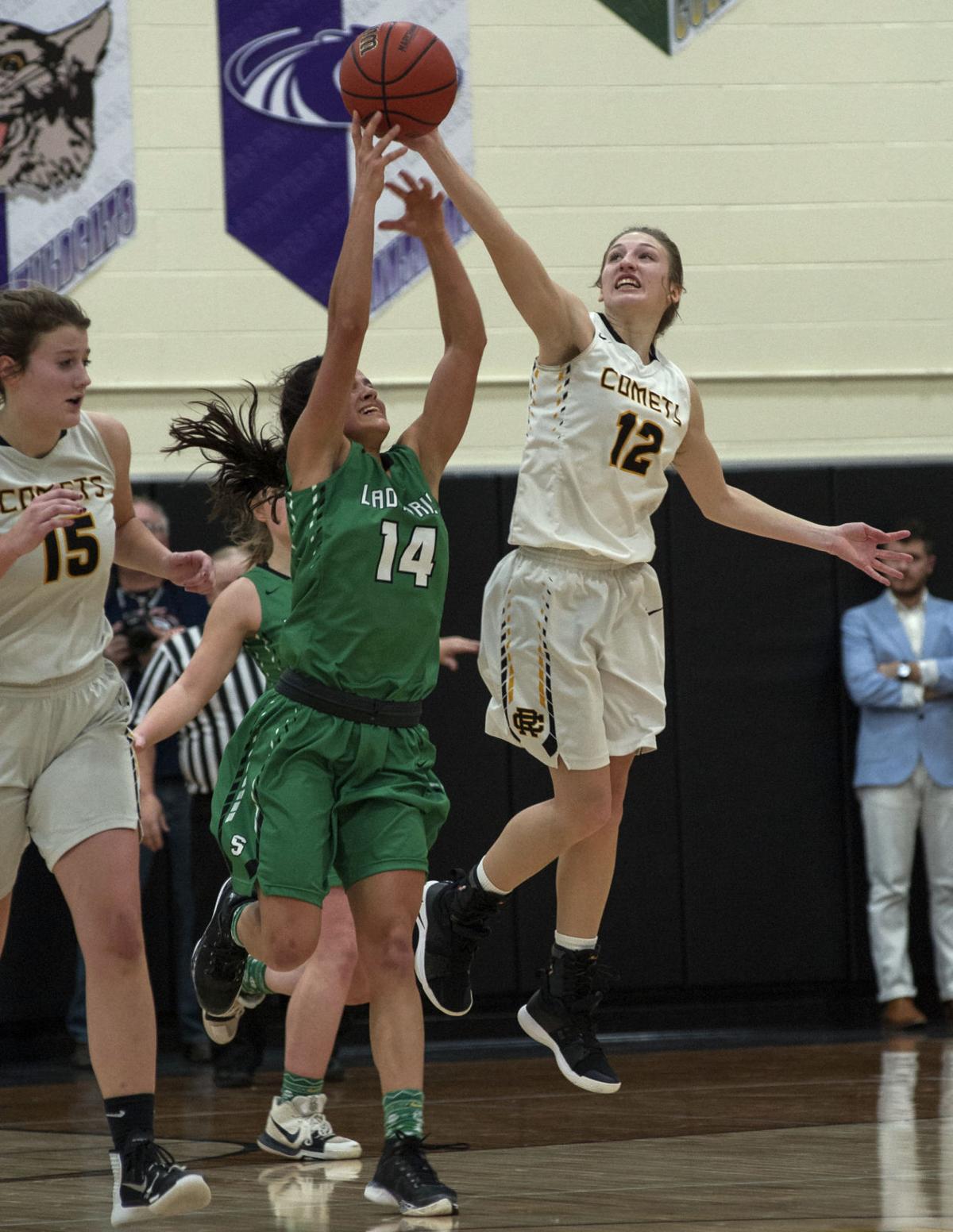 Reed-Custer's Jaden Christian (12) tips the ball away from Seneca's Mara Bruno during Thursday night's Class 2A Regional Championship at Reed-Custer. 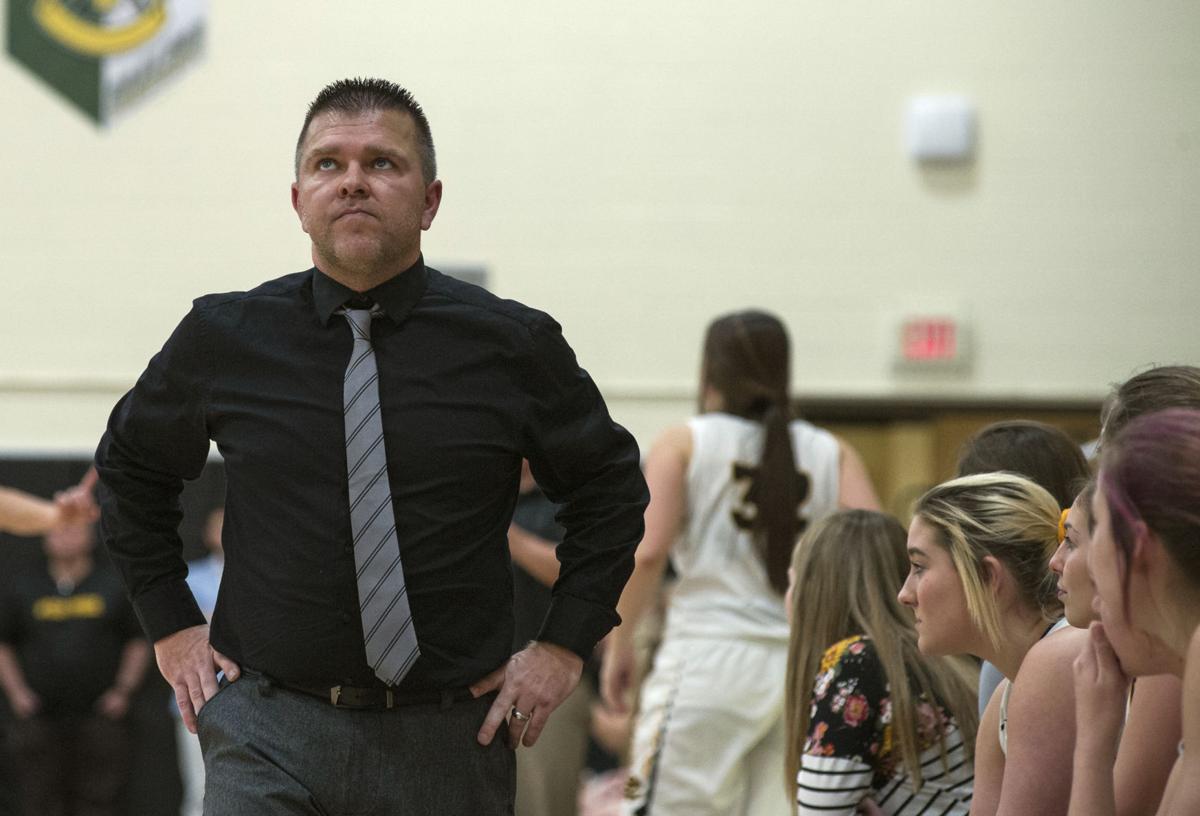 Reed-Custer High School head coach Nick Klein walks away from the action on the floor during the final moments of the Class 2A Regional Championship against Seneca High School. 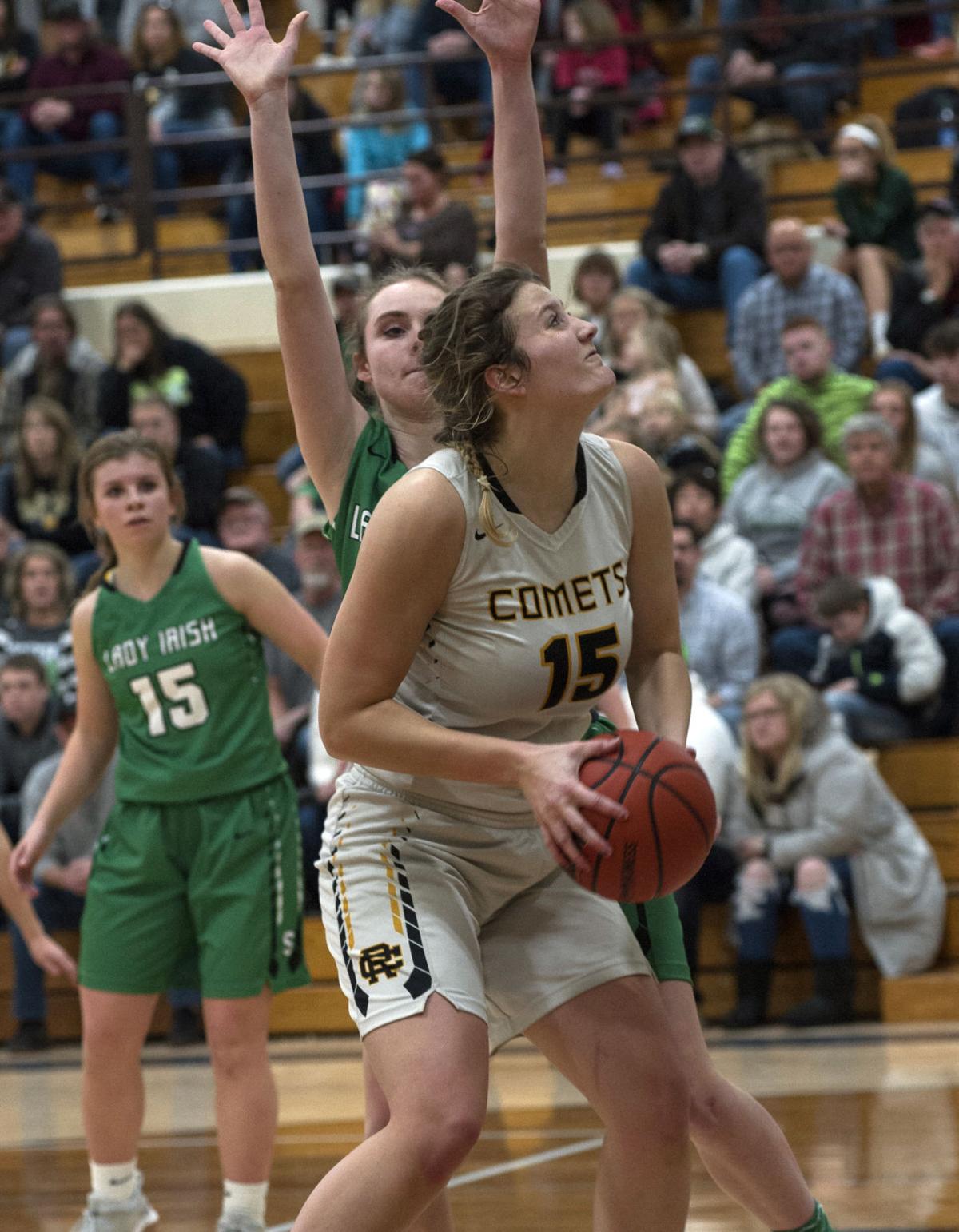 Reed-Custer High School's Kylie Balgemann looks for a shot under the net during Thursday night's Class 2A Regional Championship against Seneca High School. 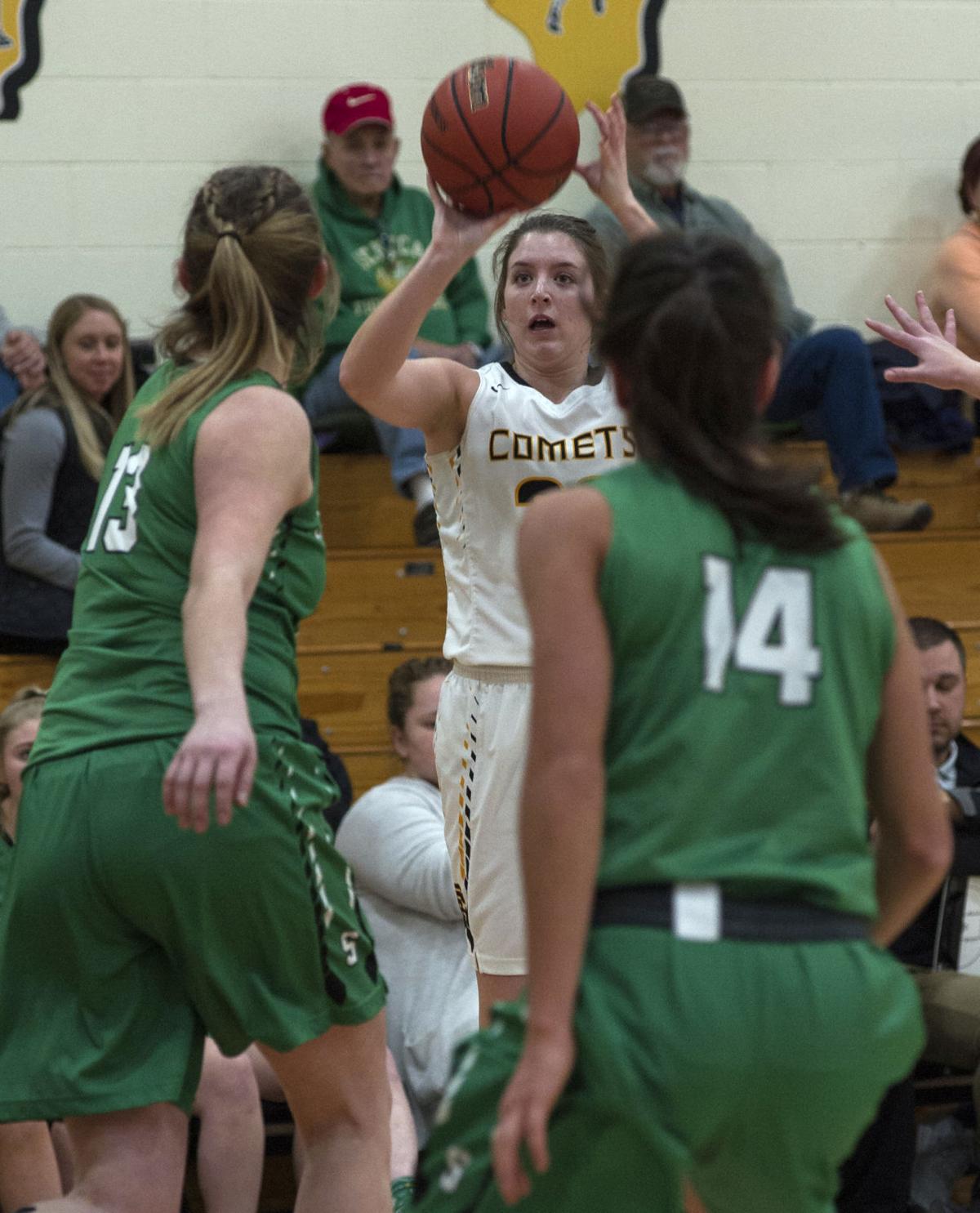 Reed-Custer's Jaden Christian (12) tips the ball away from Seneca's Mara Bruno during Thursday night's Class 2A Regional Championship at Reed-Custer.

Reed-Custer High School head coach Nick Klein walks away from the action on the floor during the final moments of the Class 2A Regional Championship against Seneca High School.

Reed-Custer High School's Kylie Balgemann looks for a shot under the net during Thursday night's Class 2A Regional Championship against Seneca High School.

BRAIDWOOD — When Reed-Custer’s Daniele Cherry hit her sixth 3-pointer of the night to put the Comets ahead 54-52 with 3:34 left in their IHSA Class 2A Reed-Custer Regional Championship on Thursday, the home crowd in Braidwood erupted enough it seemed the momentum of Cherry’s long ball would carry the Comets to victory.

But it was the Irish who stood tall down the stretch, quieting the crowd and the Comets’ offense, ending the game on a 10-0 run to top the Comets 62-54 and earn the regional championship.

“I think that game came down to one possession, two possessions,” Comets coach Nick Klein said. “There were a couple of key [times] where we would cut it to two [points], have a couple turnovers and all the sudden it’s six [points].”

In a matchup that saw both teams look to feed their star post players early — Reed-Custer’s Kylie Balgemann and Seneca’s Madison Bromberek — it was Balgemann who made a statement early, scoring 10 first-half points and helping jump start a 14-2 between the first and second quarters that gave the Comets a lead as large as 34-21.

Klein said when the team was warming up before the game, it took him one glance at his senior center to know she was going to bring her A-game Thursday.

“We were in the field house working on some stuff, and she just had a look about her,” Klein said. “I knew it was going to come tonight.

“She’s been waiting for this game, and more than anything I feel bad about not getting it done for her, one of those seniors that’s been through the fire as a four-year player for me.”

Balgemann started the fire for the Comets, and Cherry kept it burning. Celebrating her birthday in style, the sharpshooting junior buried a trio of 3-pointers in the first half to further jolt the Comets.

“If you give her an inch of space, she’s gonna pull the trigger,” Klein said of Cherry. “It doesn’t matter if she’s at the [3-point] line, way beyond the line, she’s got range.

The Comets looked primed to pull away by the end of the first half, but the Irish, in perhaps a foreshadowing of the way they went on to end the game, went on an 8-0 run to end the first half with just a 34-29 deficit.

“I think we just got a little tired there at the end of the first half. ... We were a little heavy-legged,” Klein said. “[Seneca] capitalized on it though. We made a couple lazy passes. We were tired — they capitalized on it and finished on the back end.”

The Irish continued their run in the third, ultimately taking a 44-43 lead by the end of the quarter. Their lead got to as large as six points before Cherry once again caught fire in the middle of the frame. She went on a 9-2 run with back-to-back-to-back 3-pointers to turn a 50-45 deficit to a 54-52 lead.

“She set the tone for our team for sure,” senior point guard Jaden Christian said. “We wouldn’t have been in the game if it wasn’t for her.”

But Cherry’s third 3-pointer of the span was the last bucket the Comets would score on the season. The Irish forced a handful of turnovers in the last three minutes, smothered Cherry with multiple defenders and continued to excel on the glass, where they out-rebounded the Comets 32-21.

“It was definitely tough,” Christian said of the closing moments. “It was really hard to stick it out, but in the end, I just knew that those final seconds, I wanted to stick it out and give it everything I had.”

The loss ended a 13-game winning streak for the Comets, whose season ended at 23-10. It also ended the varsity careers of four-year varsity contributor Balgemann, Christian, Kelsi Dillon, Meghan Faletti and Kaily Collins, a group Klein said has changed the Comets’ program for the better.

“This group is gonna have a special place in my heart,” Klein said. “I’ve been the head coach for nine years, and these five seniors were fourth-graders when I had them in intramurals.

“Looking at them in the locker room; it’s tough not to get emotional in there because I’ve seen them grow into young women.”