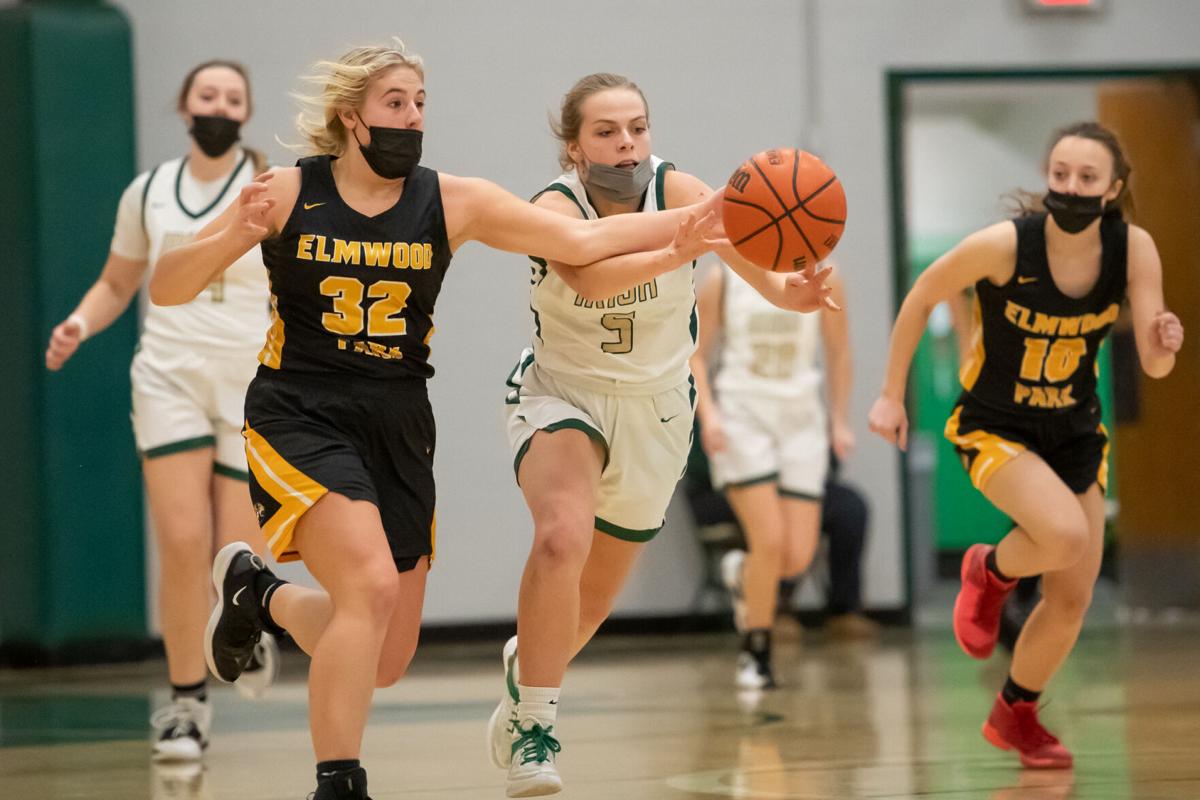 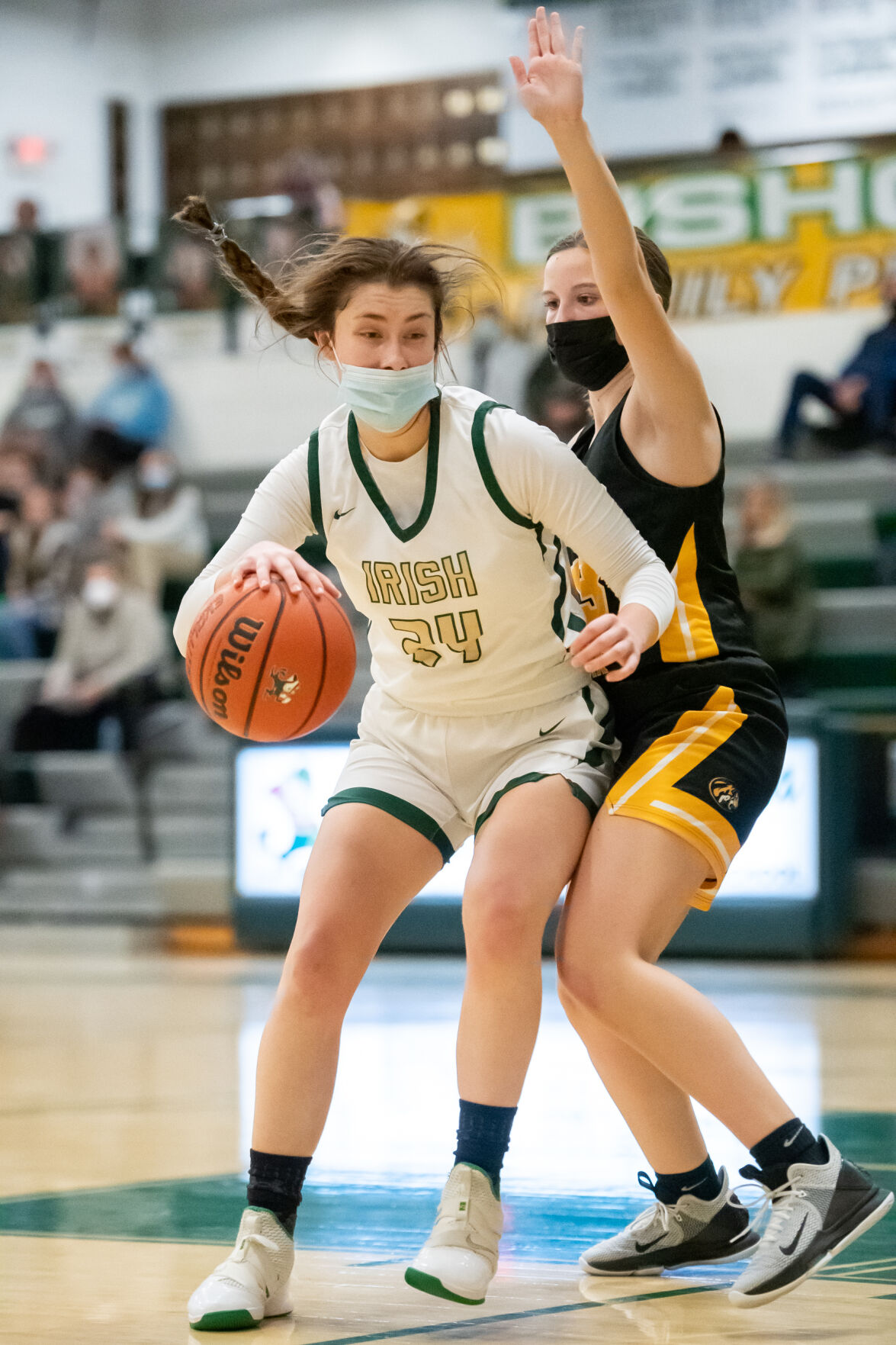 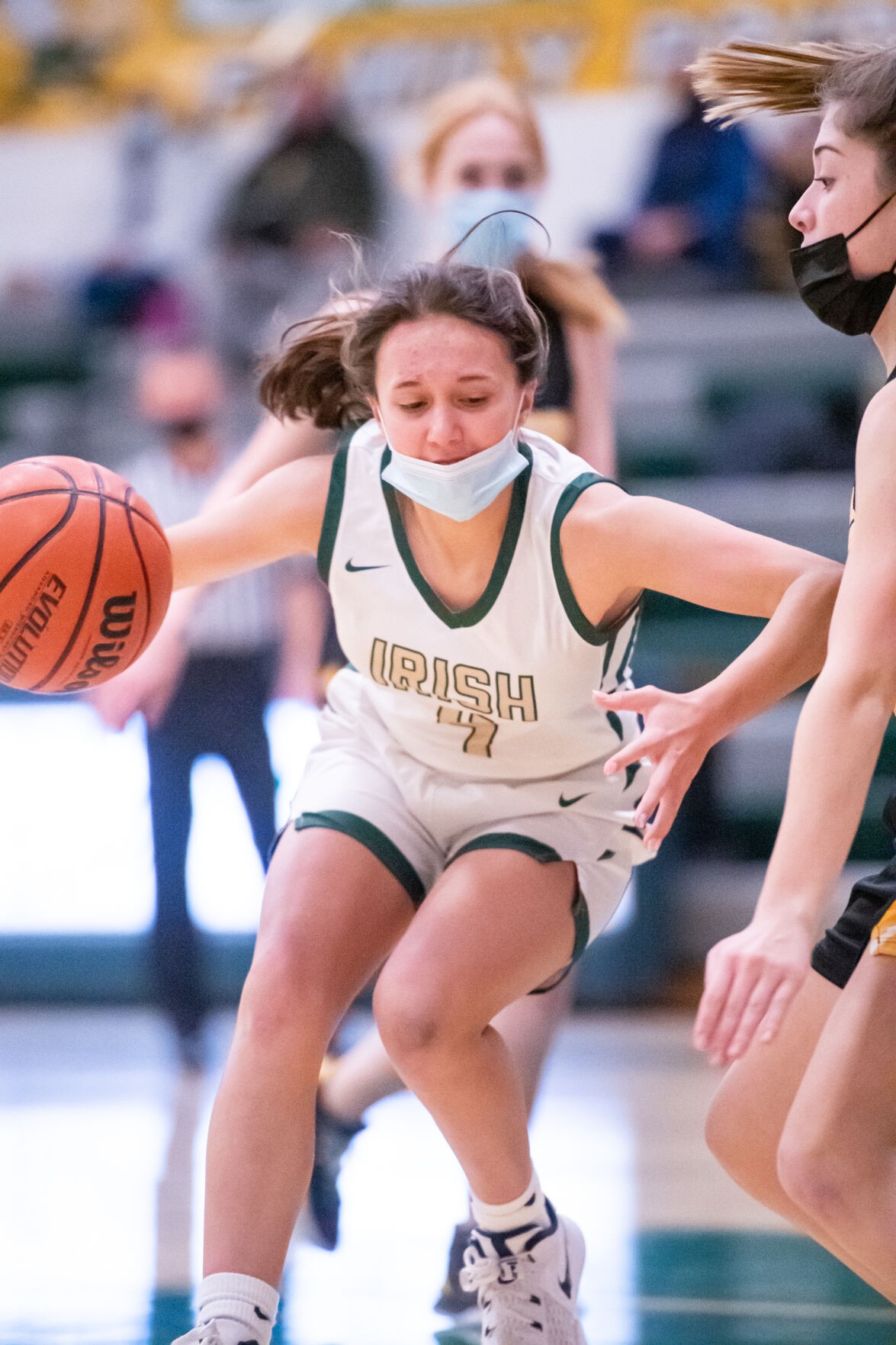 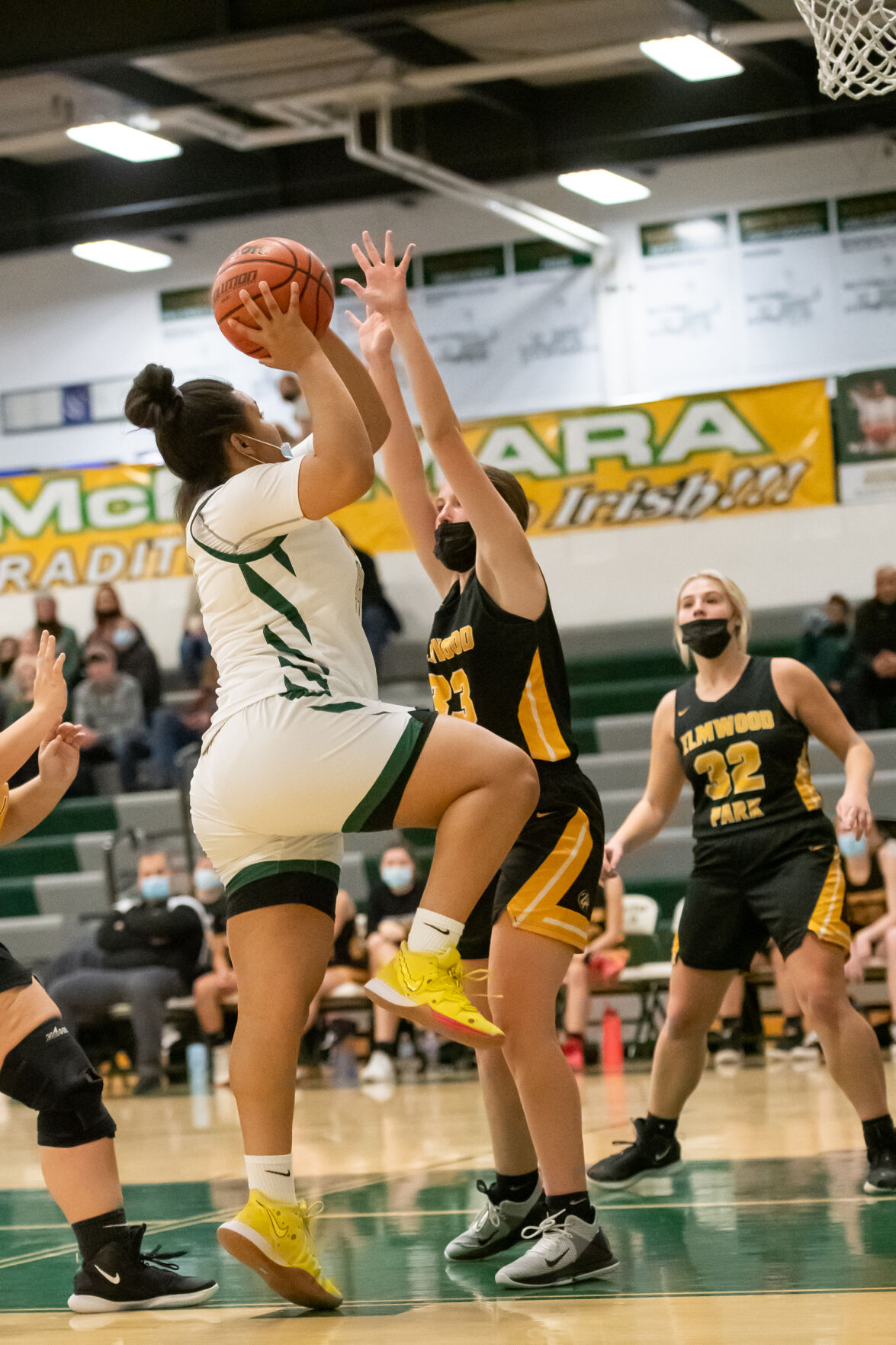 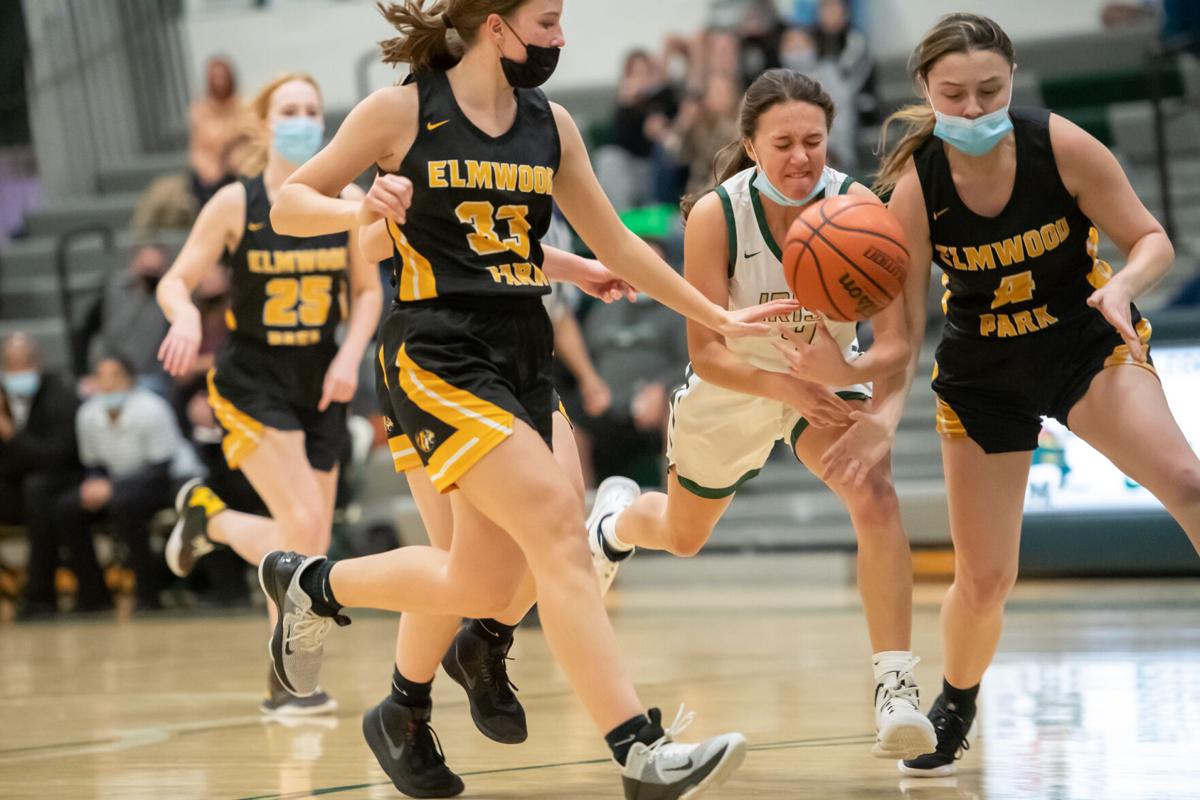 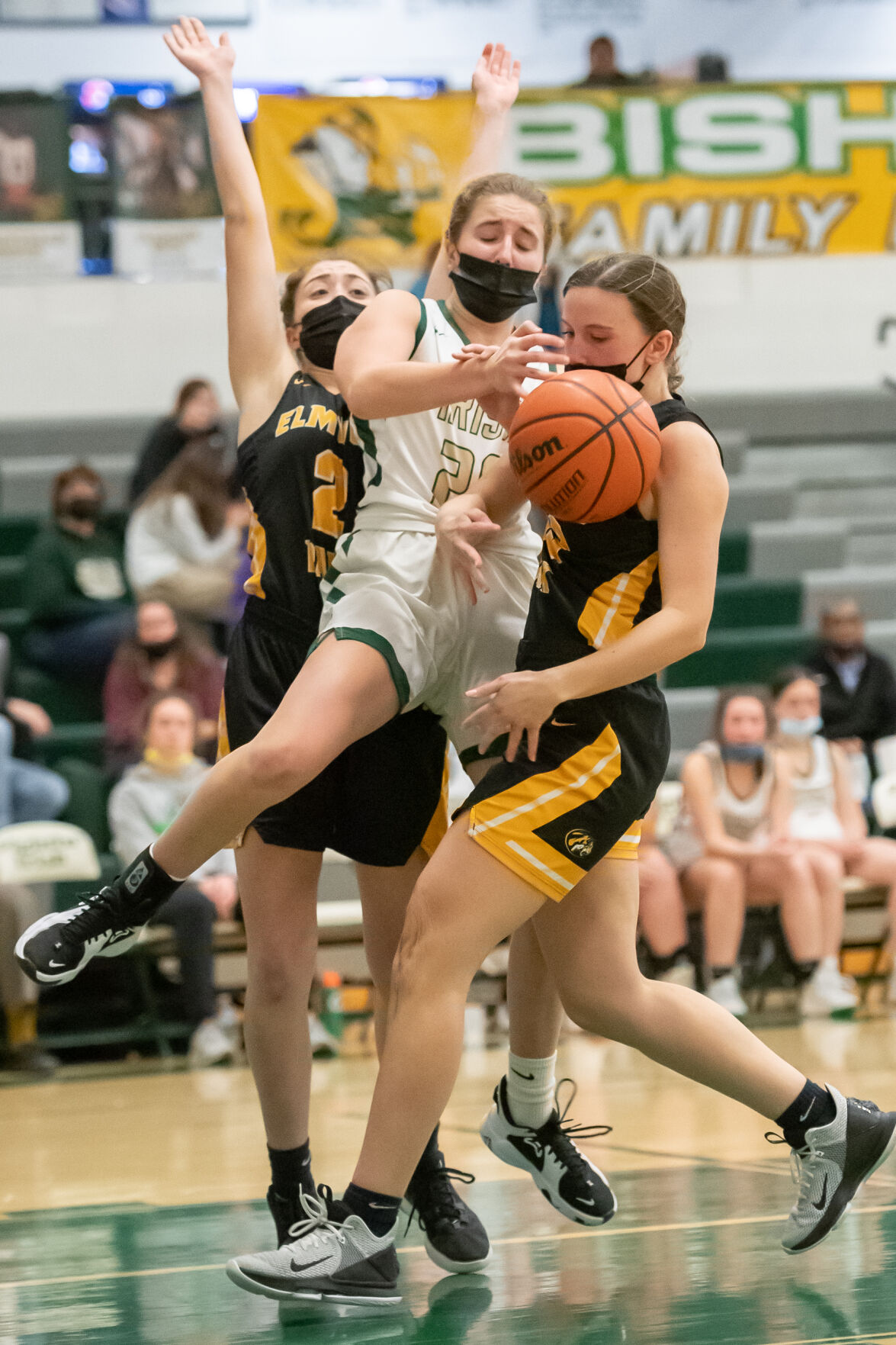 Bishop McNamara's Camille Kuntz is stripped of the ball on her way to the basket during Thursday's home game against Elmwood Park. 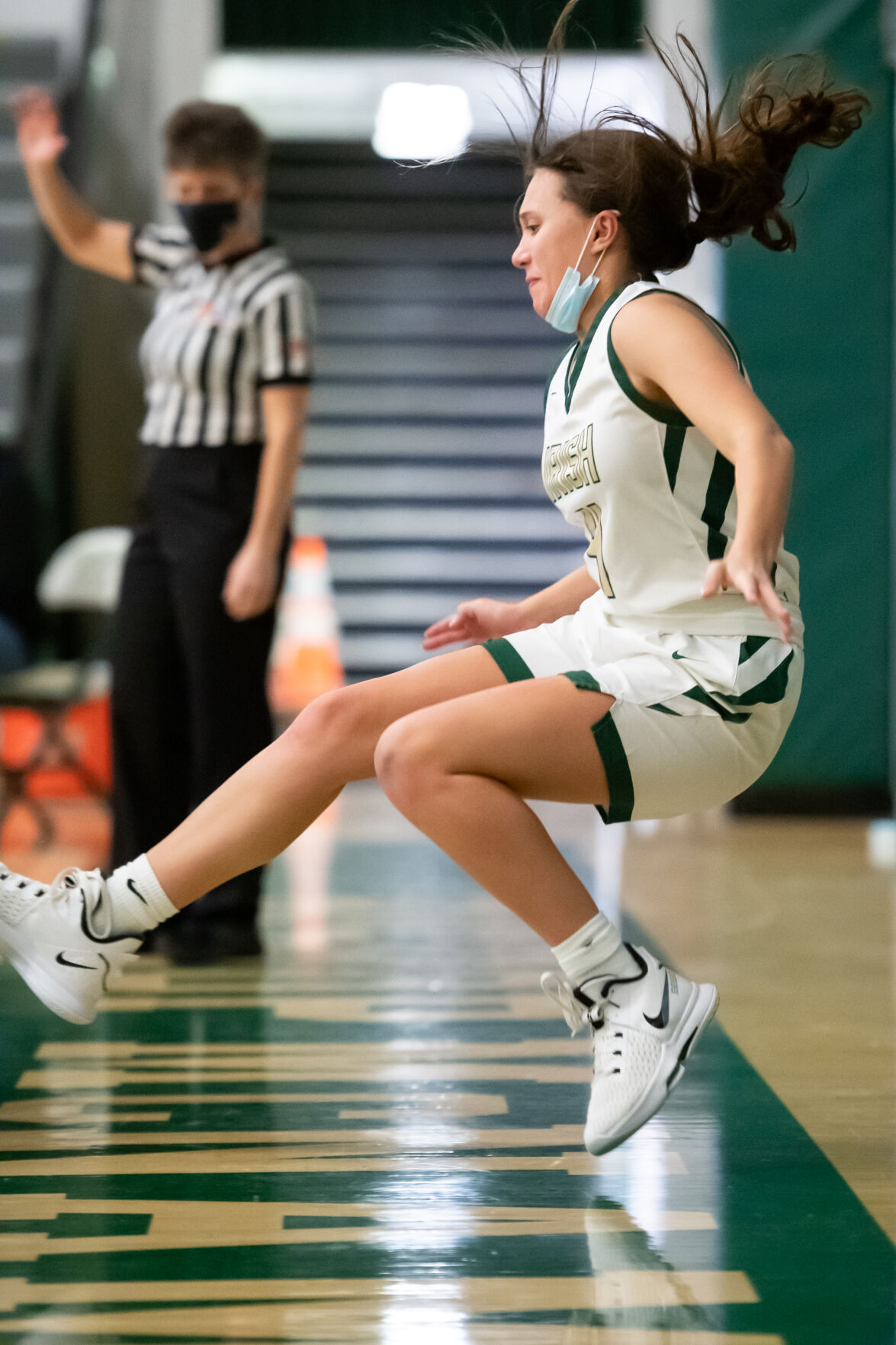 Bishop McNamara's Camille Kuntz is stripped of the ball on her way to the basket during Thursday's home game against Elmwood Park.

KANKAKEE — After an 0-4 stretch at the State Farm Holiday Classic during the holidays, the Bishop McNamara girls basketball team looks as though it just might be turning a corner.

About 48 hours removed from a seven-point victory at Riverside-Brookfield on Tuesday night, the Fightin’ Irish returned home Thursday, when they picked up their second straight win in the Metro Suburban Conference with a 49-17 victory against Elmwood Park, improving the Irish to 6-9 on the year and 3-2 in the MSC.

“Me and the girls have been in the gym just getting up as many shots as possible,” Irish senior forward Mallory O’Connor said of the winning streak the team has started. “I think that’s been the key to these wins; we’ve been getting after it in practice, focusing on stuff we’ve been struggling with.”

After a steady outpouring of ball movement on the offensive end and fluent movement on the defensive end, primarily out of their 3-2 zone, gave them a 13-5 lead after a quarter, McNamara saw that lead grow exponentially during perhaps its best quarter of the season.

“That’s one of our better quarters all year,” Irish coach Curtis Crossley said. “We’ve been working on turning that corner since State Farm, with our energy and defense, and the girls have been working hard at what you saw in the second quarter.

“We want to do that for four quarters, playing hard, moving our feet and having energy; if we play like that, we’re tough to beat.”

By the time the final buzzer sounded, the Irish had forced 31 Elmwood Park turnovers and scored 24 points off of them and held the Tigers to a 6-for-33 (18 percent) shooting night from the field.

Crossley said he was pleased with not only the team’s defensive effort but also how many different players were a part of that. Whether it was Camille Kuntz drawing a pair of charges and notching six steals, Davida Whiters doing a bit of shot-blocking and closing passing lanes or Savana Smith stealing an in-bounds pass and quickly putting it up for an easy bucket, all 10 Irish players had an effect on Thursday’s victory.

“That’s the style of basketball we like to play,” Crossley said. “It’s a team game, and we’re at our best when everyone is contributing, having fun and most importantly, playing for each other.”

They still sit three games below the .500 mark, but two wins on the week have given the Irish a bit of momentum as they move into the second half of the season before hosting an IHSA Class 2A Regional, one Crossley said the team is hoping to win.

“This is some momentum we’ve been looking for; I told the girls we want to start to peak in January and carry that to February,” Crossley said. “We’re hosting a regional, and we haven’t done that in a while, so our goal is to hopefully cut down our home net and win a regional title.”

The Irish know they have plenty of work to do until that point, something O’Connor, whose 14 points led the team Thursday, knows very well. A four-year varsity player, the all-conference forward is the lone player remaining from the 2018-19 McNamara team that won an IHSA Class 3A sectional.

“I like [being a leader] just because I love these girls so much and this program means a lot to me,” O’Connor said. “Getting this program back to what it used to be is a really big deal to me.

The Irish head west to take on nonconference rival Herscher at 2:30 p.m. Saturday.