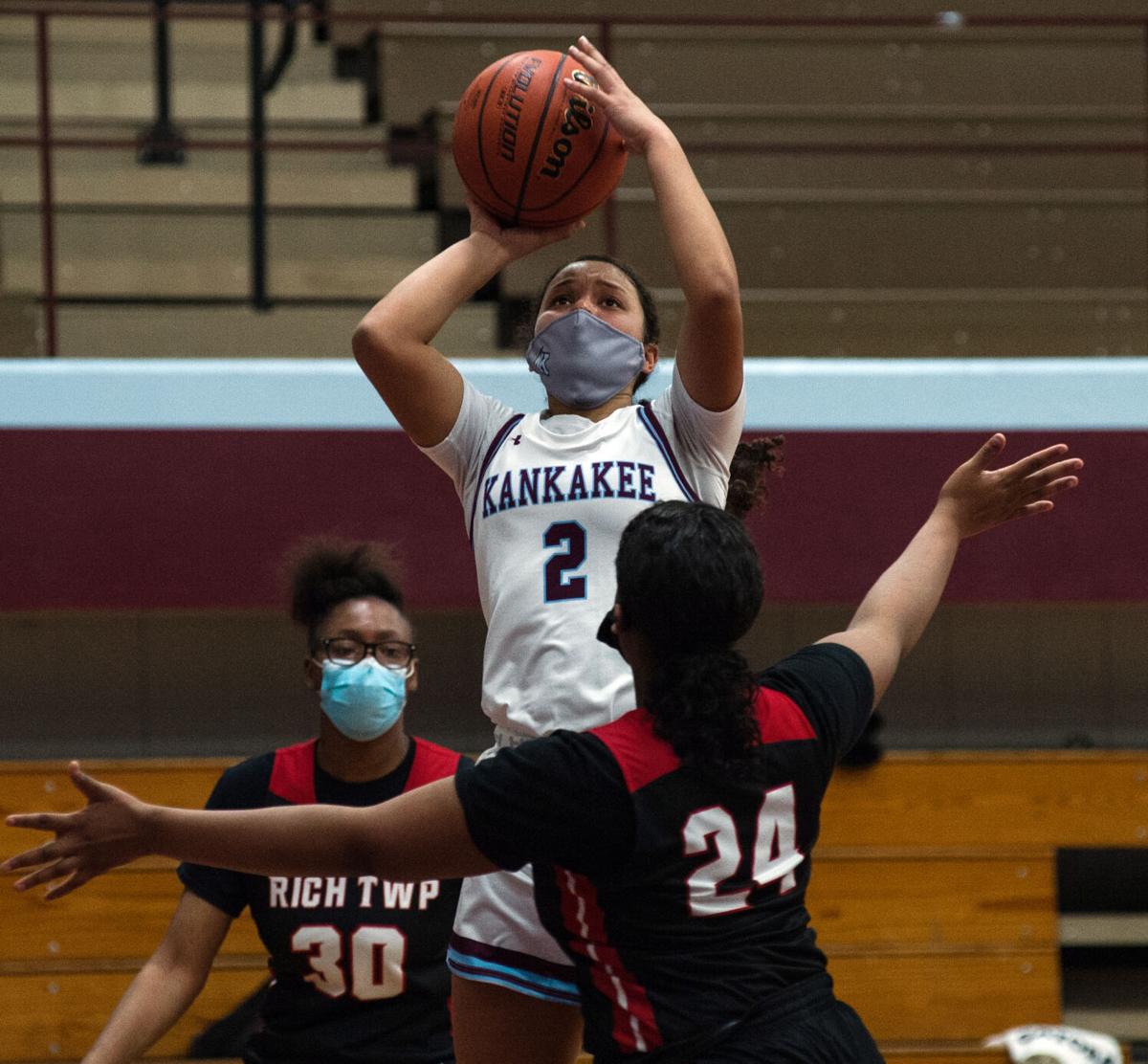 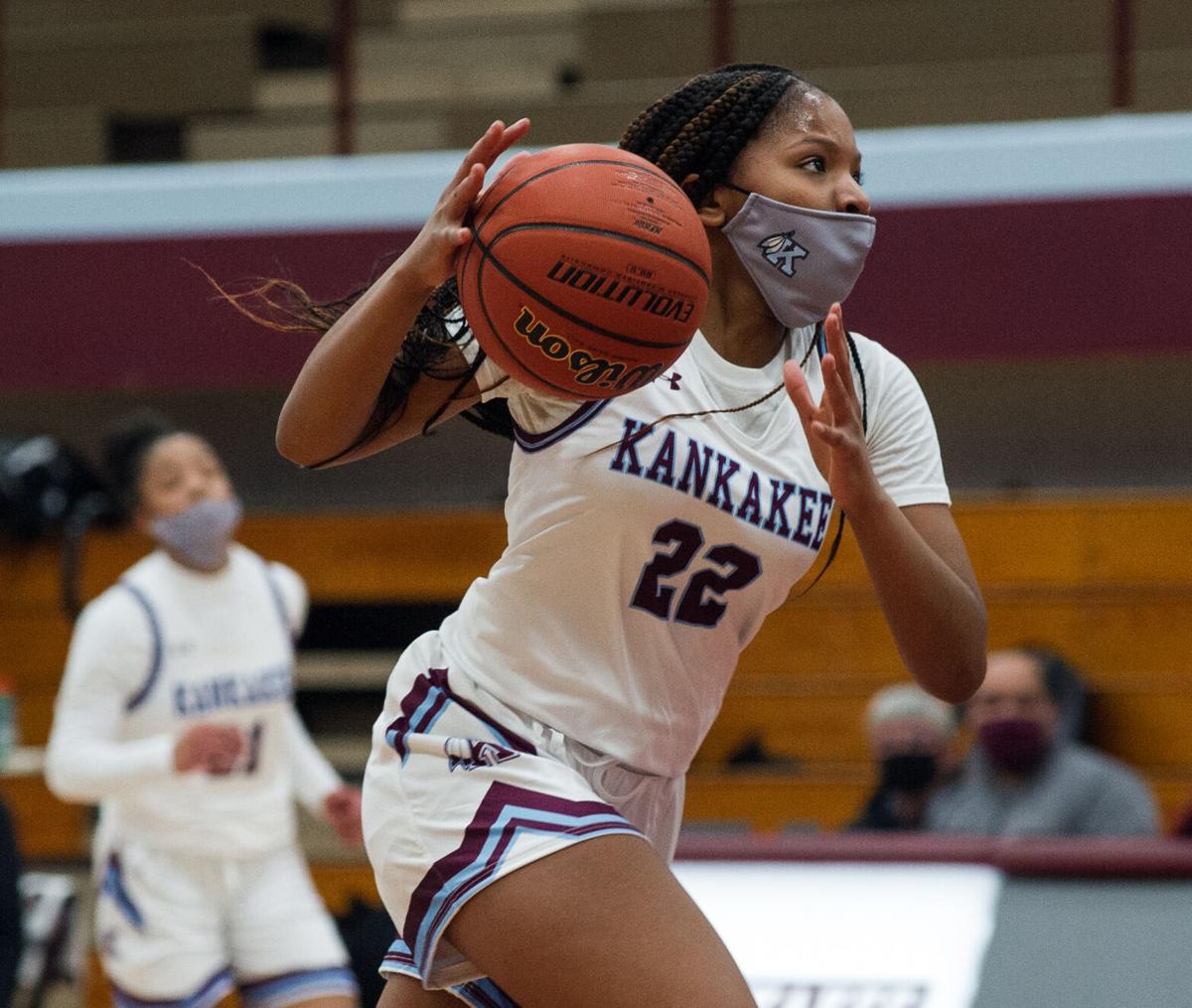 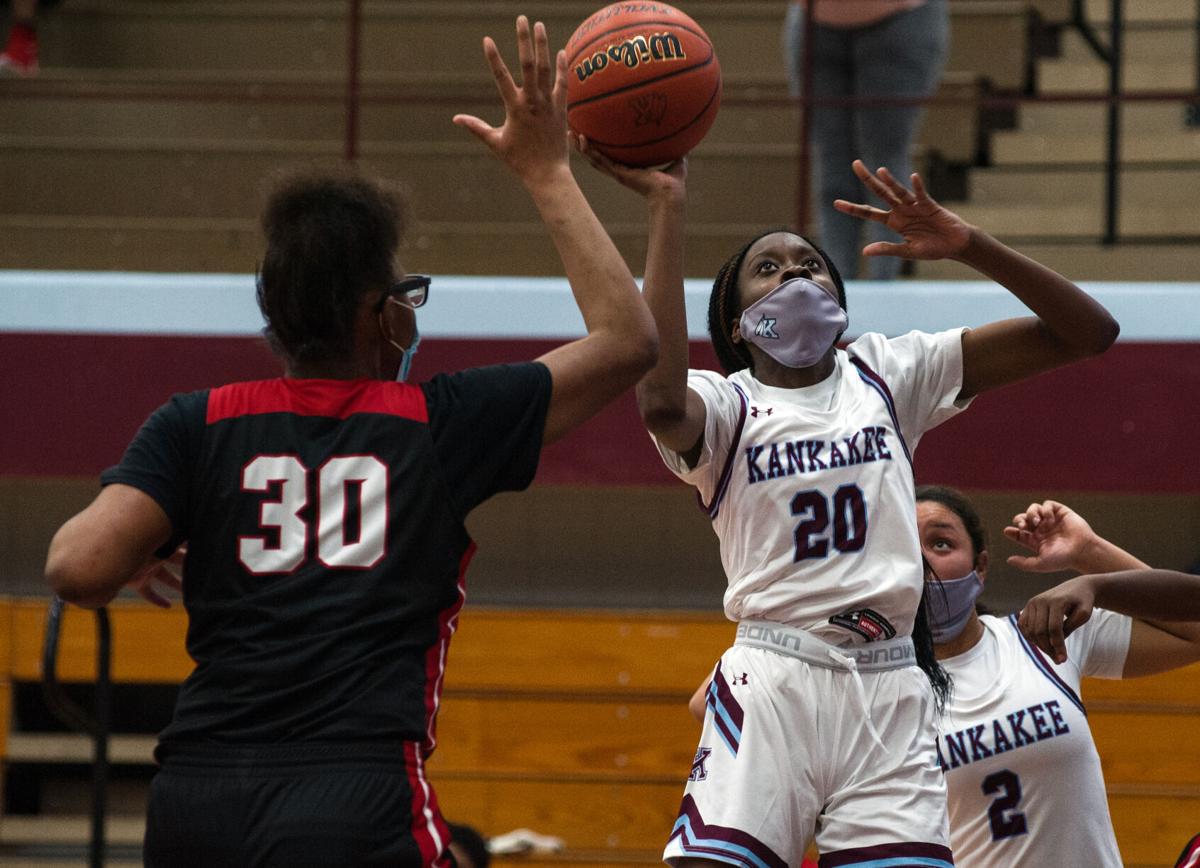 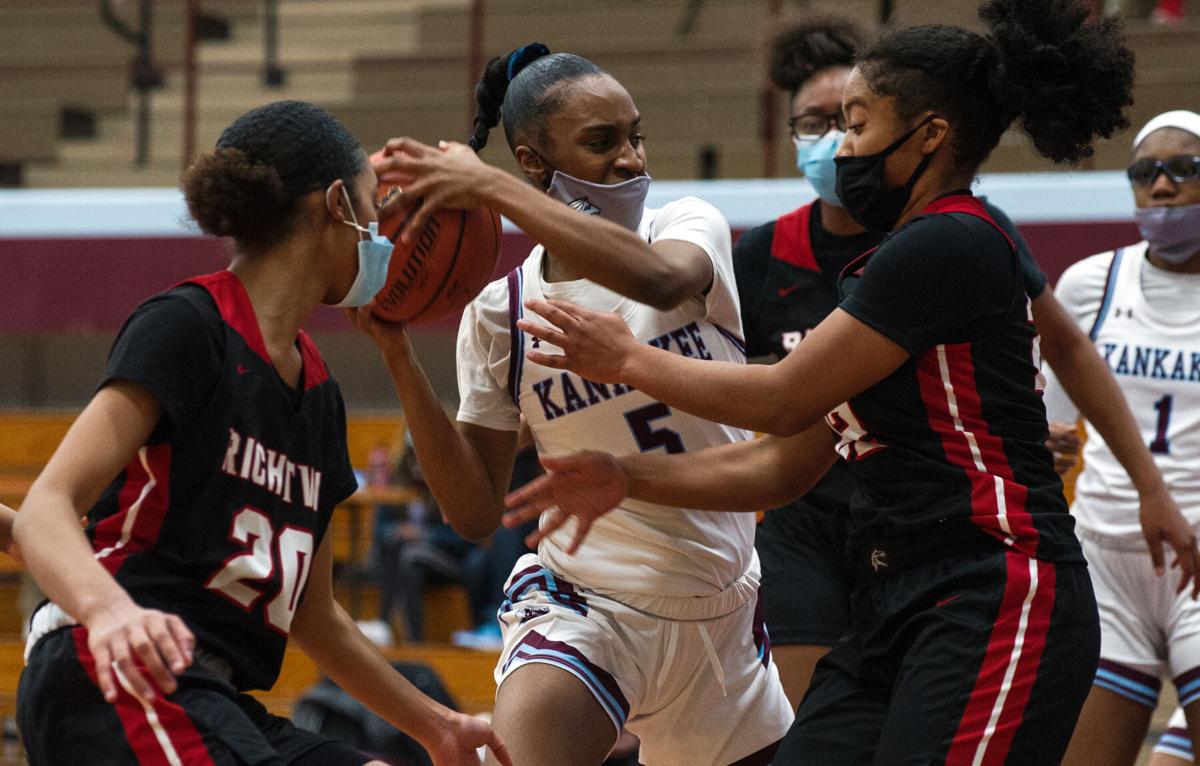 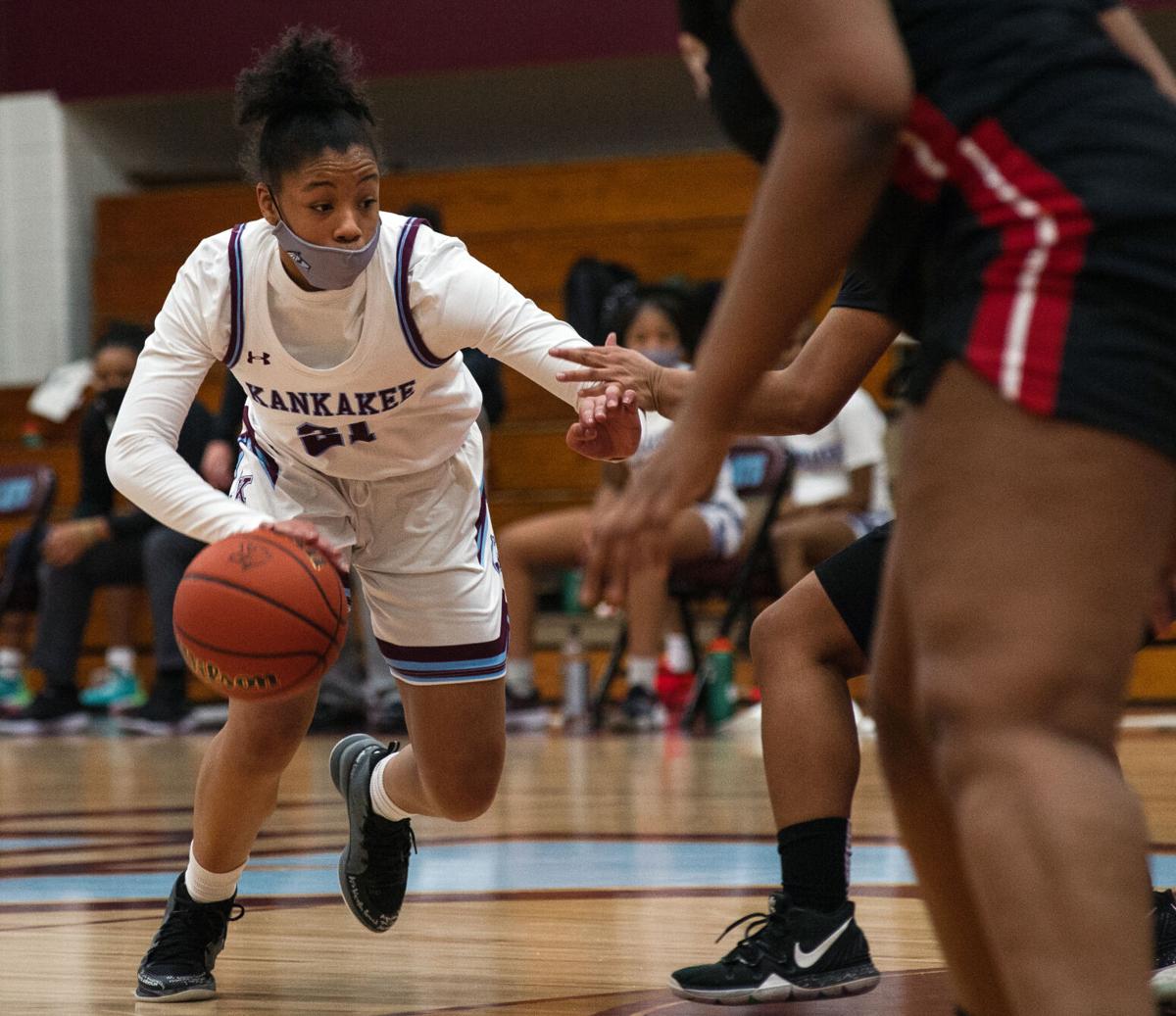 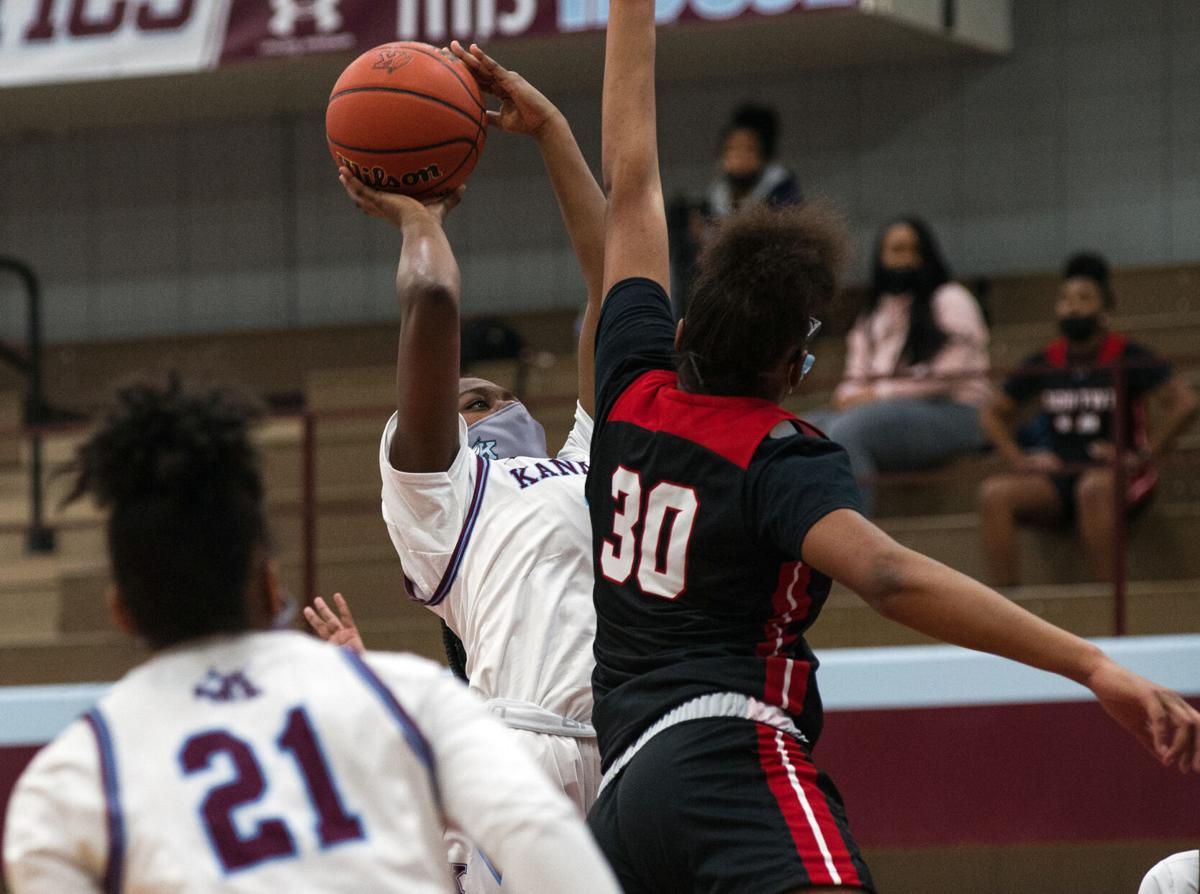 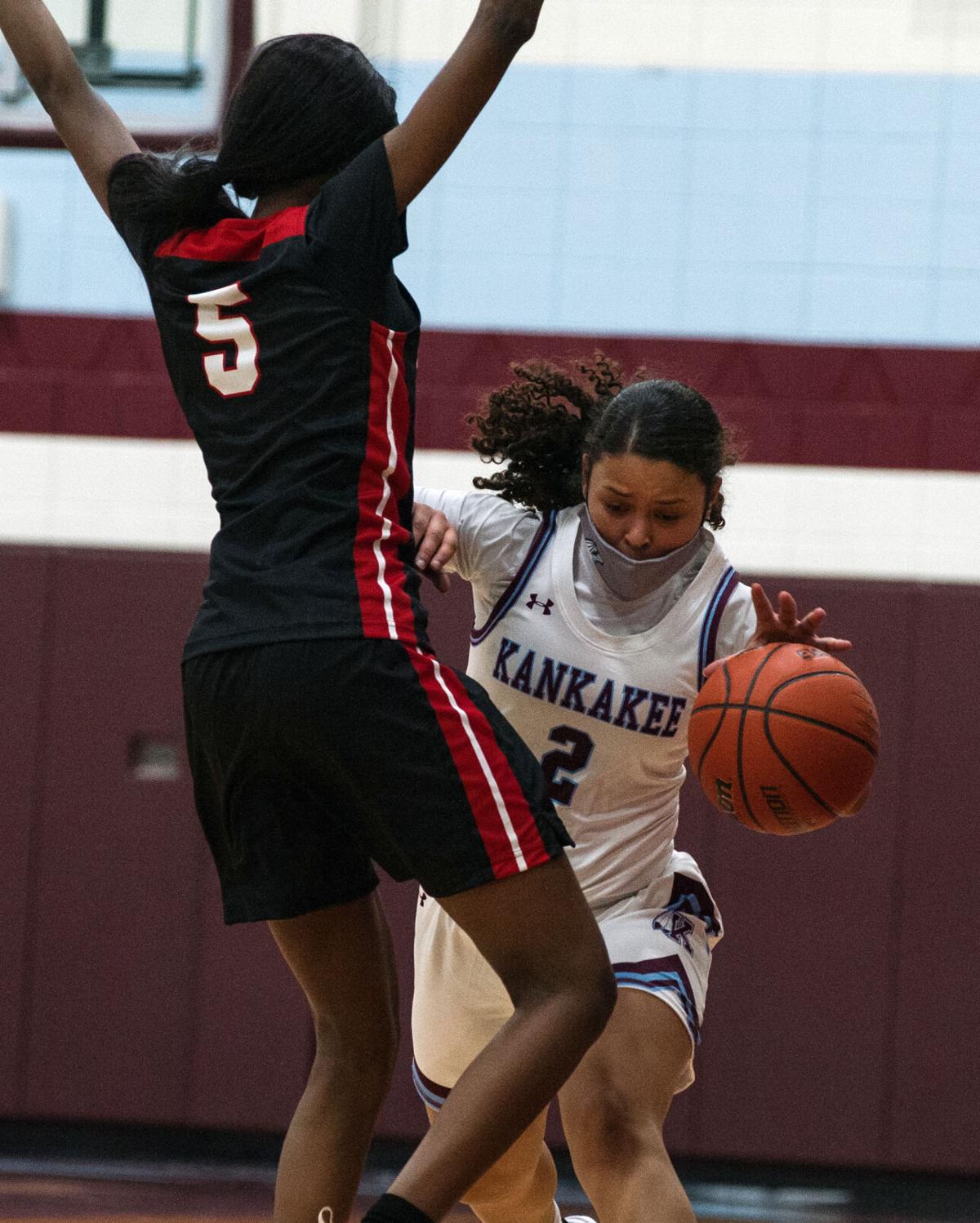 Kankakee High School’s Avery Jackson is pressured by Rich Township High School’s Alyssa Coleman as she moves the ball down the court during Friday night’s game at Kankakee.

Kankakee High School’s Avery Jackson is pressured by Rich Township High School’s Alyssa Coleman as she moves the ball down the court during Friday night’s game at Kankakee.

KANKAKEE — If there was ever a place to see just how much can change in a year, Friday’s girls basketball game between host Kankakee and Rich Township was it.

Kurt Weigt, a longtime boys and girls coach at Bishop McNamara, made his debut with the Kays in his first action in six years. On the floor, the Kays were without Amber Storr, the most prolific scorer in school history, and their opponent was a program that didn’t exist a year ago, a culmination of what used to be Rich Central, Rich East and Rich South.

And amidst a global pandemic, players, coaches and officials donned masks in a season-opener that was held 354 days after the Kays had last played a game.

But what didn’t change from a year ago was the final result, as the Kays were able to overcome an early 10-3 deficit to lead every second of the final three quarters and top the Raptors 53-45.

“For me personally it’s been a long time and for the girls it’s been almost a year since they played so it was nice to see them enjoy the contest,” Weigt said. “Game one out of the box, you’re gonna make mistakes but we kept competing.”

Out of the gate the Raptors were able to navigate Kankakee’s extended defense, sinking a couple 3-pointers and building a 10-3 lead. But then that Kays defense got a couple quick buckets off of some quick turnovers and scored 16 of the last 20 points of the quarter to take a 19-14 lead.

From there, they never saw their lead shrink below two possessions thanks in large part to Avery Jackson and Taylor Albertie, who scored 16 points apiece to pace the Kays.

Jackson said that once the team settled into things, particularly with their offense, they started to find a rhythm and comfortability.

“Once we slowed down the offense and breaking down the things we do in practice, we started getting buckets off our plays and were there for each other,” Jackson said. “We were a little rusty but we pulled through.”

After such a lengthy layoff that featured several different starting dates, paired with the challenge of taking on a new program consisting of three different teams, Weigt expected a little bit of that rust and was proud of how his team was able to work through it.

“We were [prepared] as good as we could be; we made some mistakes and were out of position,” Weigt said. “We tried to run the same in-bounds play I think 10 times, but we finally got it a couple of times by the end and that’s all you can ask.”

The Kays enter the season with a light roster of just nine players, but all nine of those players saw significant time on the court and seven different players scored.

“Eash of us has a different contributing factor ...,” Jackson said. “It’s good to have a team like that because you want to have that backbone and to be strong.”