Free access for current print subscribers
Get Started
You are the owner of this article.
Edit Article Add New Article
You have permission to edit this article.
Edit
Home
News
Sports
Opinion
Life
Obituaries
Calendar
Jobs & Classifieds
Lifestyles of Kankakee County
1 of 6 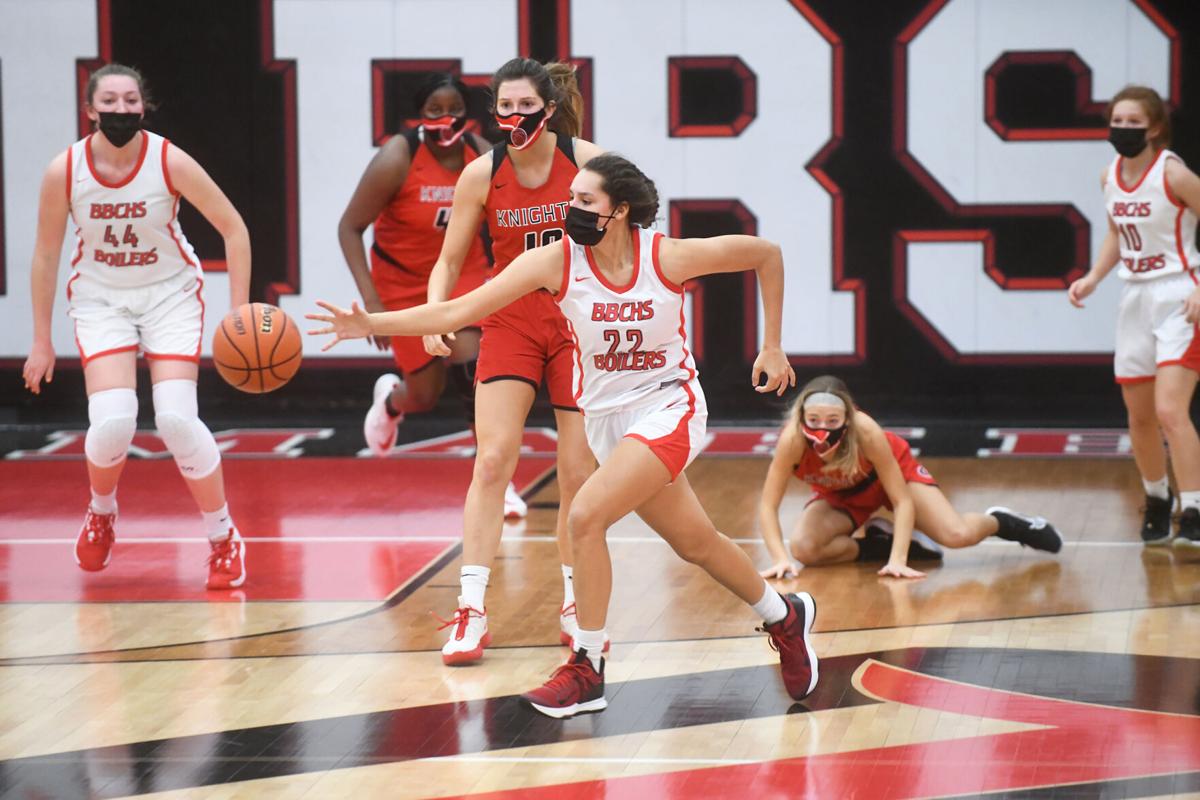 Bradley-Bourbonnais’ Faith Davis hunts down a steal during a turnover by Lincoln-Way Central on Monday night during the Boilermakers’ 45-31 loss at home. 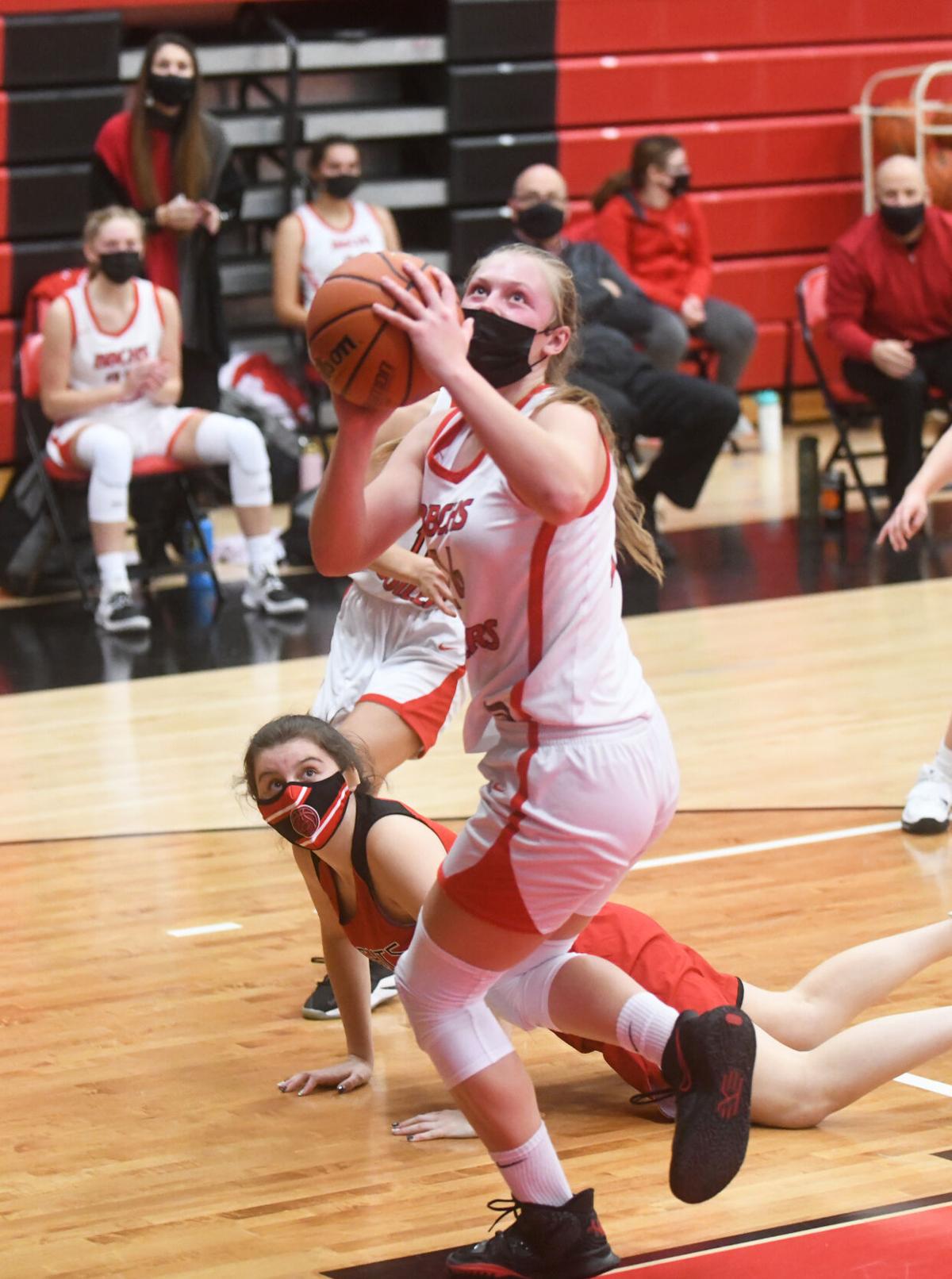 Bradley-Bourbonnais’ Ellie Haggard scores after recovering a turnover from the ground against Lincoln-Way Central’s Delaney Doorhy on Monday night during the Boilermakers’ 45-31 loss at home. 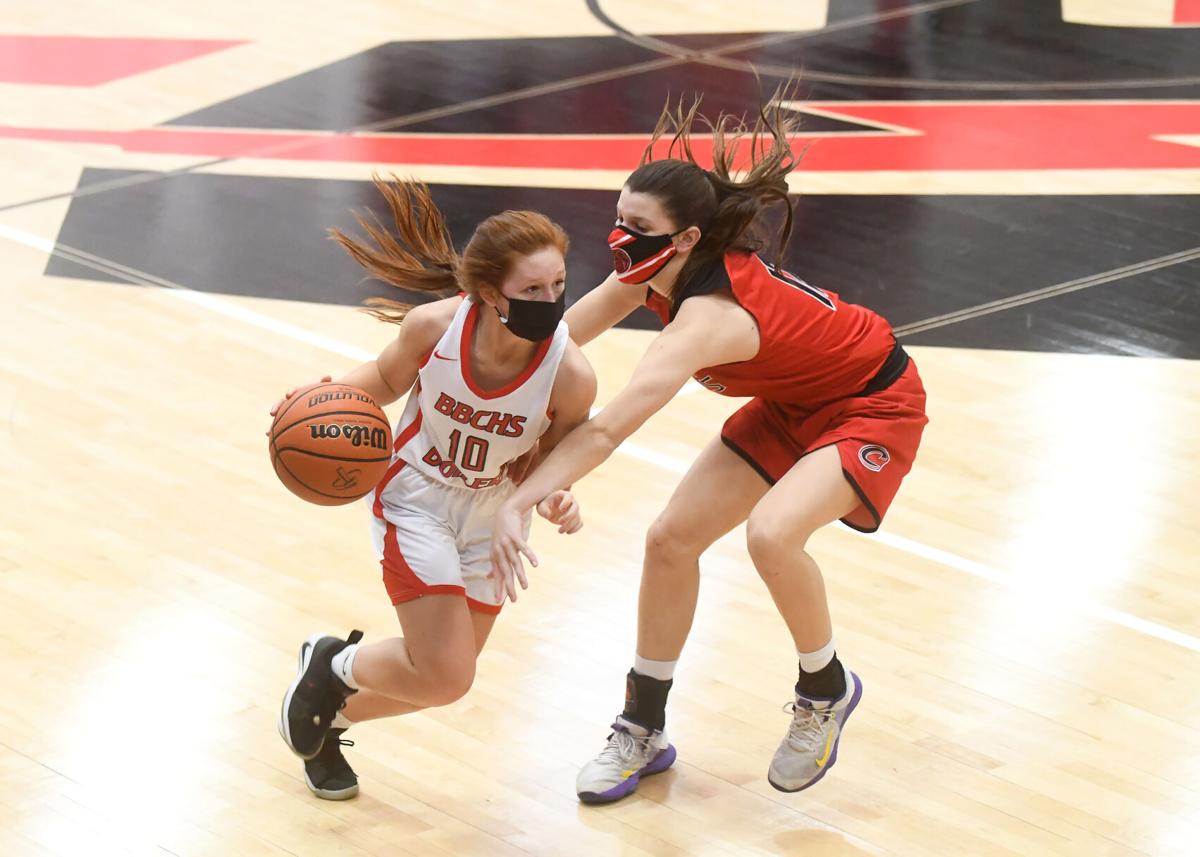 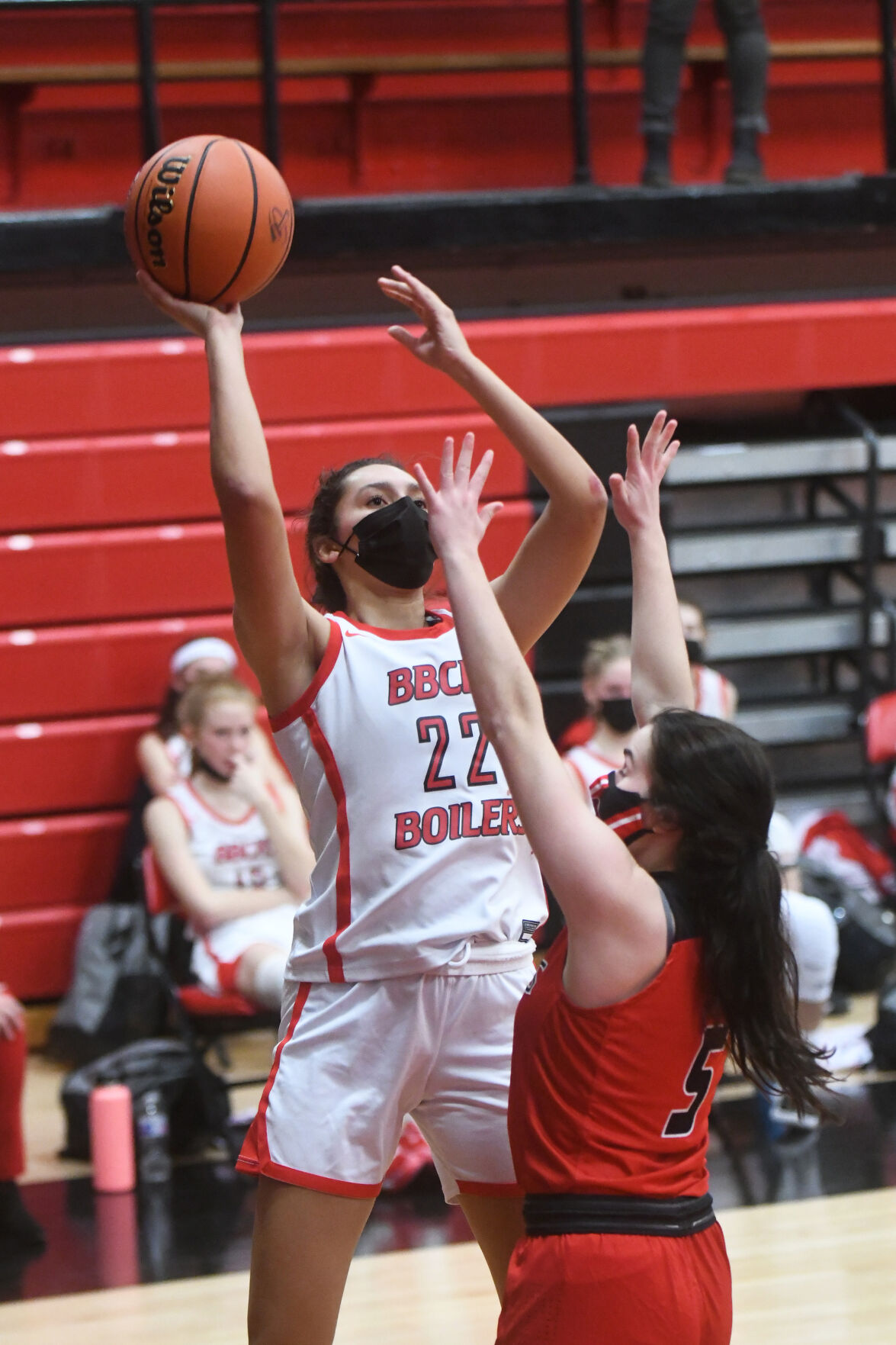 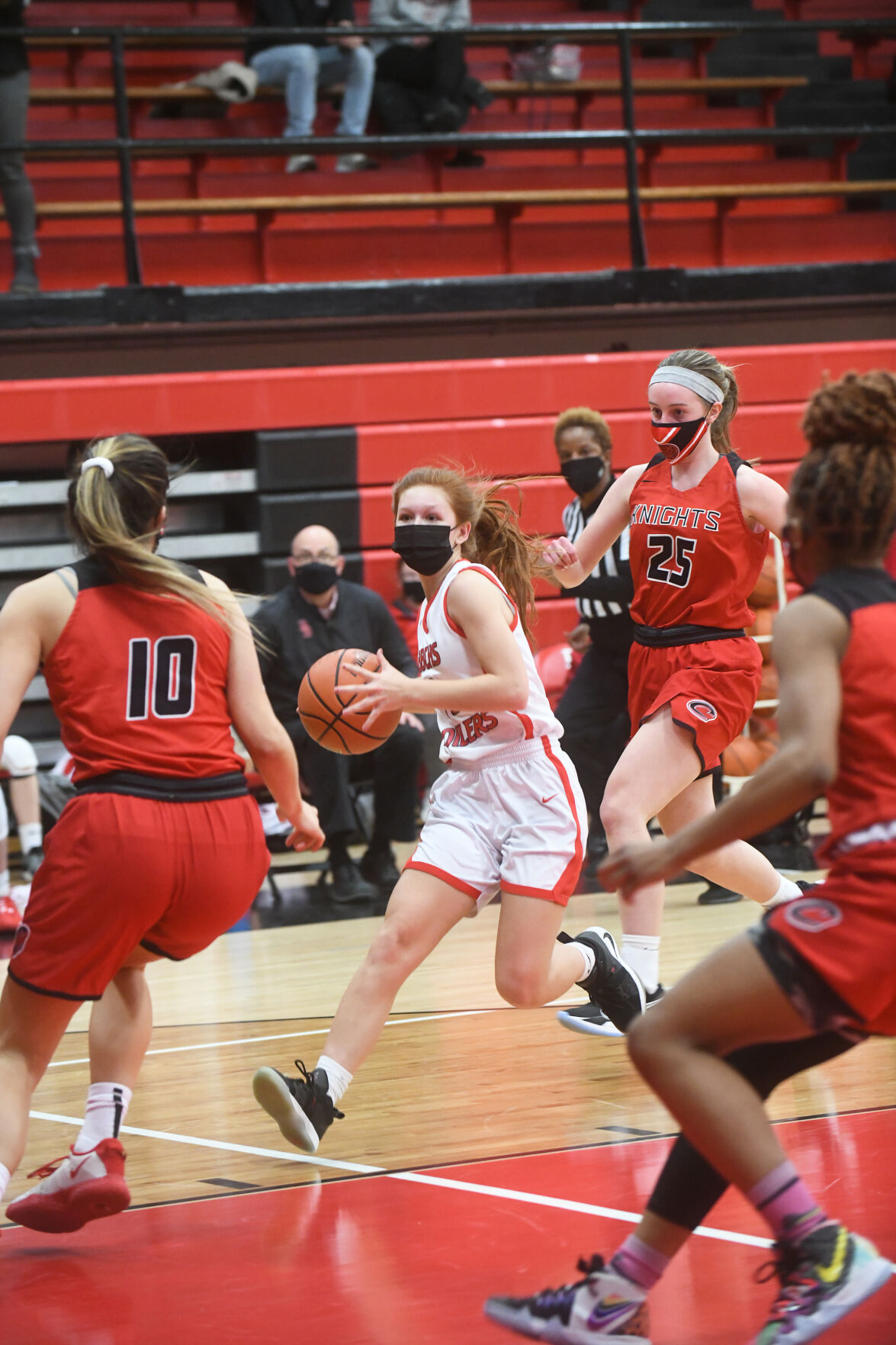 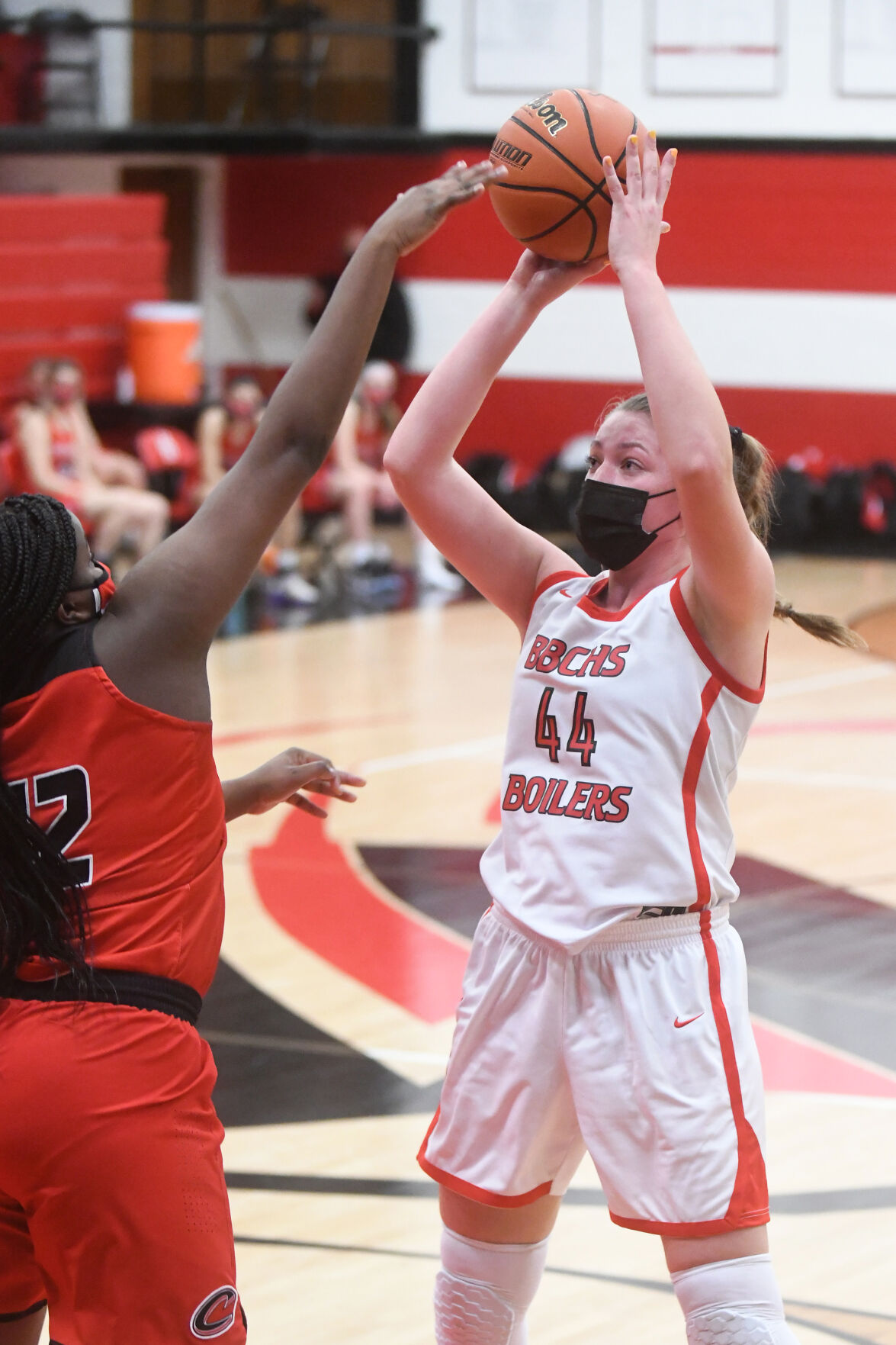 Bradley-Bourbonnais’ Faith Davis hunts down a steal during a turnover by Lincoln-Way Central on Monday night during the Boilermakers’ 45-31 loss at home.

Bradley-Bourbonnais’ Ellie Haggard scores after recovering a turnover from the ground against Lincoln-Way Central’s Delaney Doorhy on Monday night during the Boilermakers’ 45-31 loss at home.

BRADLEY — Since the return of high school basketball last week, it seems most teams have needed time to adjust after a year off the court. And Bradley-Bourbonnais’ girls basketball team fell victim to that in its opener at home against Lincoln-Way Central on Monday night.

The Boilers faced a tough task against their SouthWest Suburban Conference foes and couldn’t recover from an early first-quarter hole before falling by a 45-31 final.

“I think first-game jitters is always a big thing, especially with a young team,” Bradley-Bourbonnais head coach Liz Bart said. “But I’m really proud of how they came back in the second half and didn’t stay down.”

The Boilermakers’ first-game jitters were apparent early on in the first quarter, as the Knights quickly got out to a 9-1 lead halfway through the first quarter. Lincoln-Way Central then decided to use its its full-court press to its advantage, helping cause seven first-quarter turnovers by Bradley-Bourbonnais and just three made Boilermaker free throws in the opening frame.

“We’re really young, so we definitely have to work on our press break,” Bart said. “We need to make sure we have confidence bringing the ball up. I think being young, it’s hard to handle a varsity game, but overall our young girls did a good job stepping up, and for the first time I was very pleased with how they did.”

With things starting to get out of hand early in the second quarter, BBCHS freshman forward Ellie Haggard tried to will her team back in her first game action at the varsity level, scoring 6 straight points to cut the Boilermakers’ deficit to 7 points.

“Haggard did a nice job attacking the rim and getting fouled,” Bart said. “It really helped her in that position, so I’m very proud on how she played. She stepped up big for being in her first varsity game, and I couldn’t have asked for more out of her.”

But the Knights responded right back with a run of their own. They finished the first half on an 8-0 run, thanks to Nyla Robinson, who scored a buzzer-beating layup that helped the Knights take a comfortable 15-point lead at the half.

From there, it was all Lincoln-Way Central, as the Knights held the Boilermakers to just 20 second-half points and five total made field goals for the game.

“Every day we want take a step forward, and being that we are so young, we did that,” Bart said. “I didn’t have to coach effort the whole game, so that’s something as a coach you’re supper happy and thrilled about.”

Haggard finished as Bradley-Bourbonnais’ top scorer with 11 points. Senior Faith Davis chipped in another 10 points, which helped make up a majority of the Boilermakers’ offense.

The Boilers have their first road game of the season at Bolingbrook at 6:45 p.m. Thursday.

Beecher will figure to face some tough competition in its quest for a third-straight RVC title.