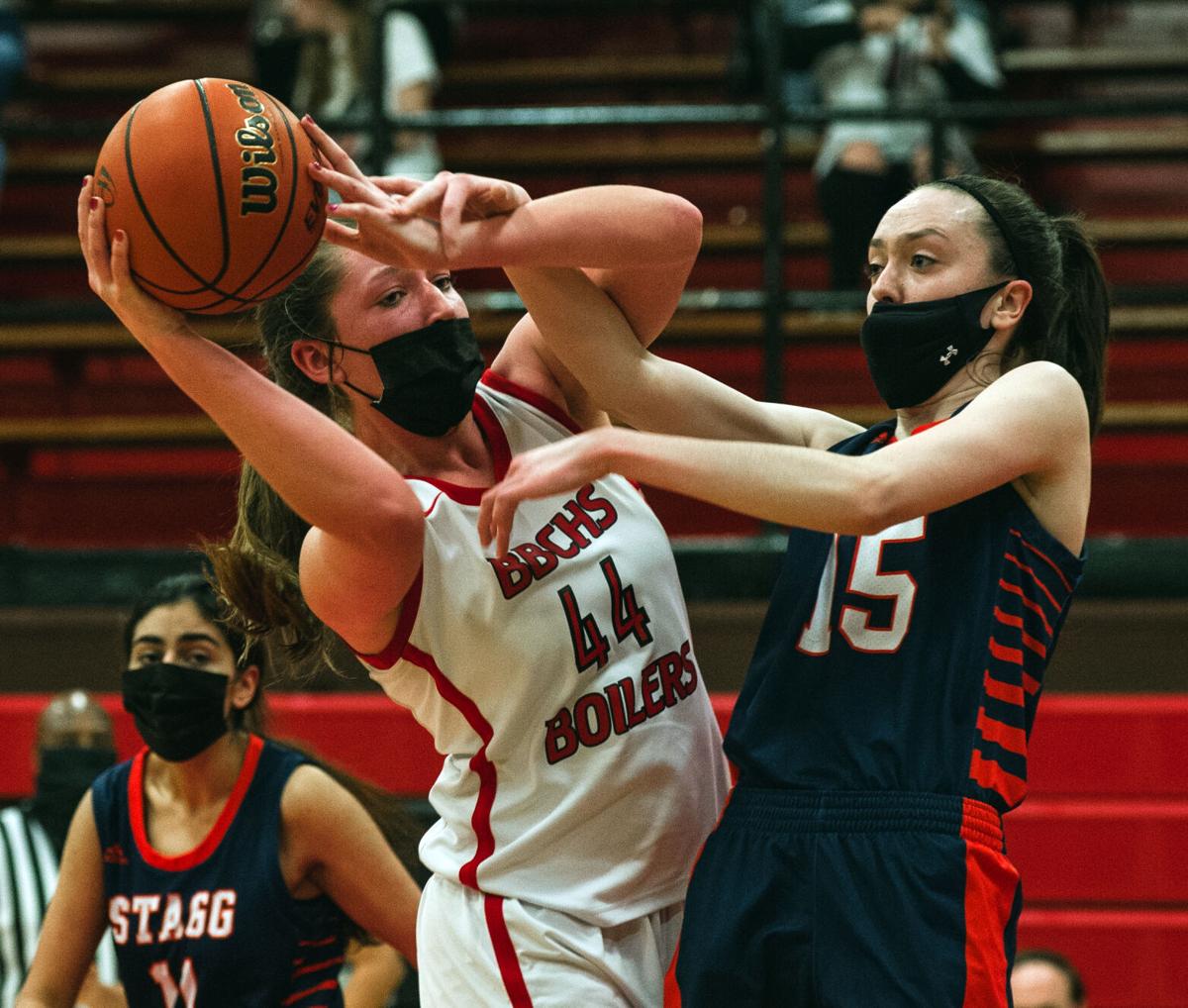 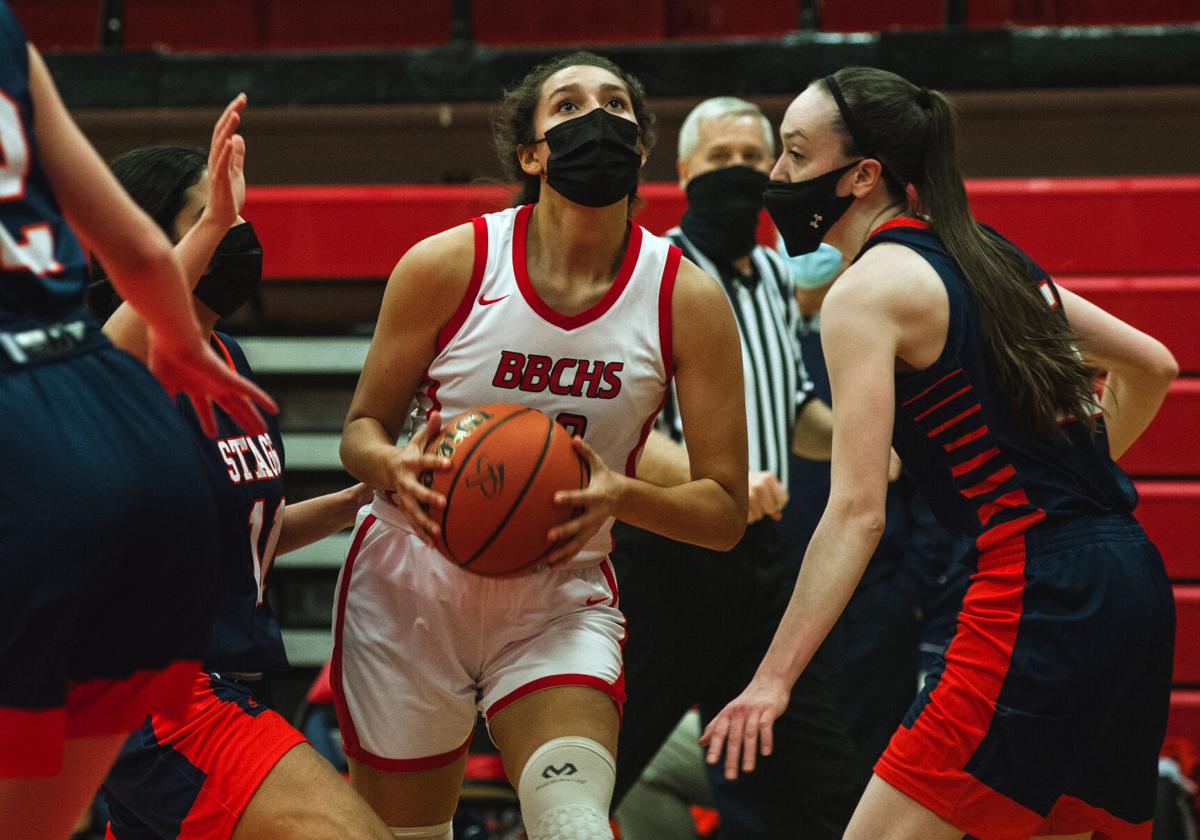 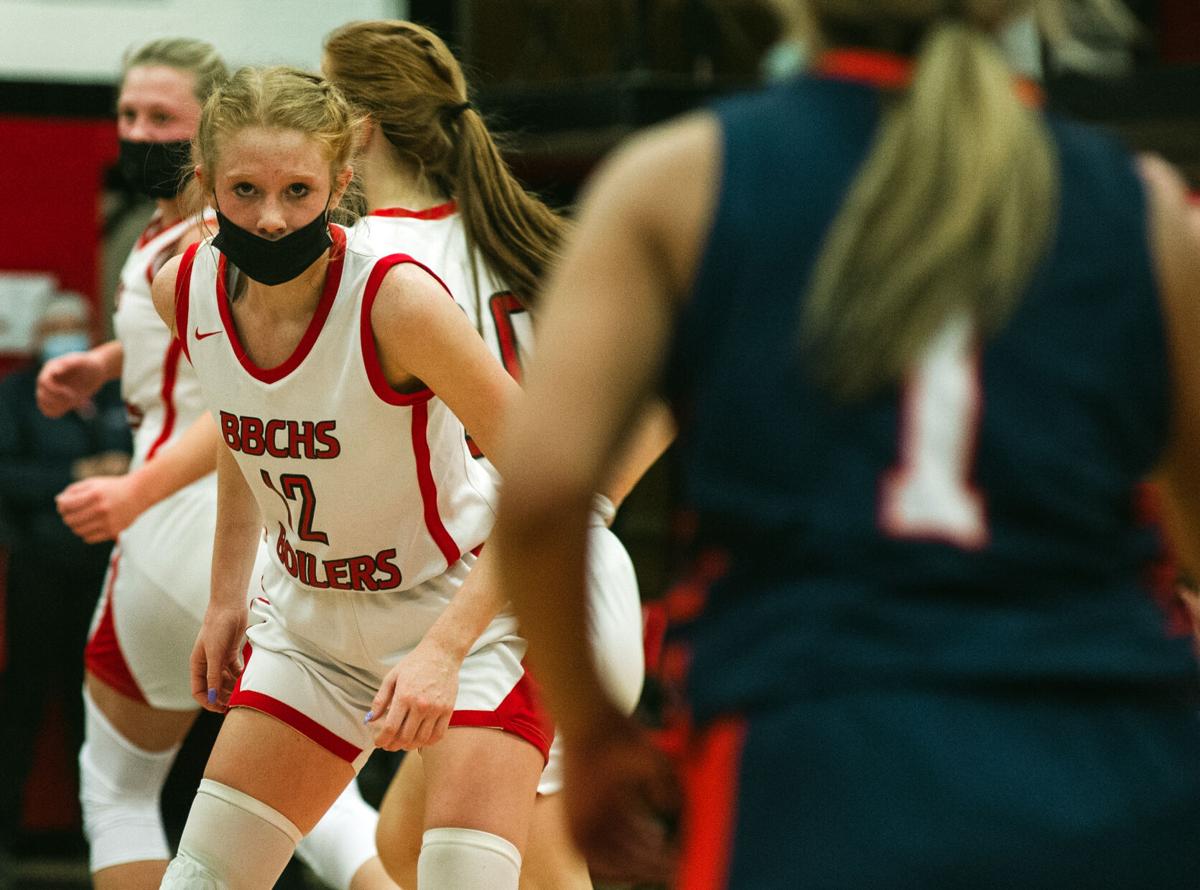 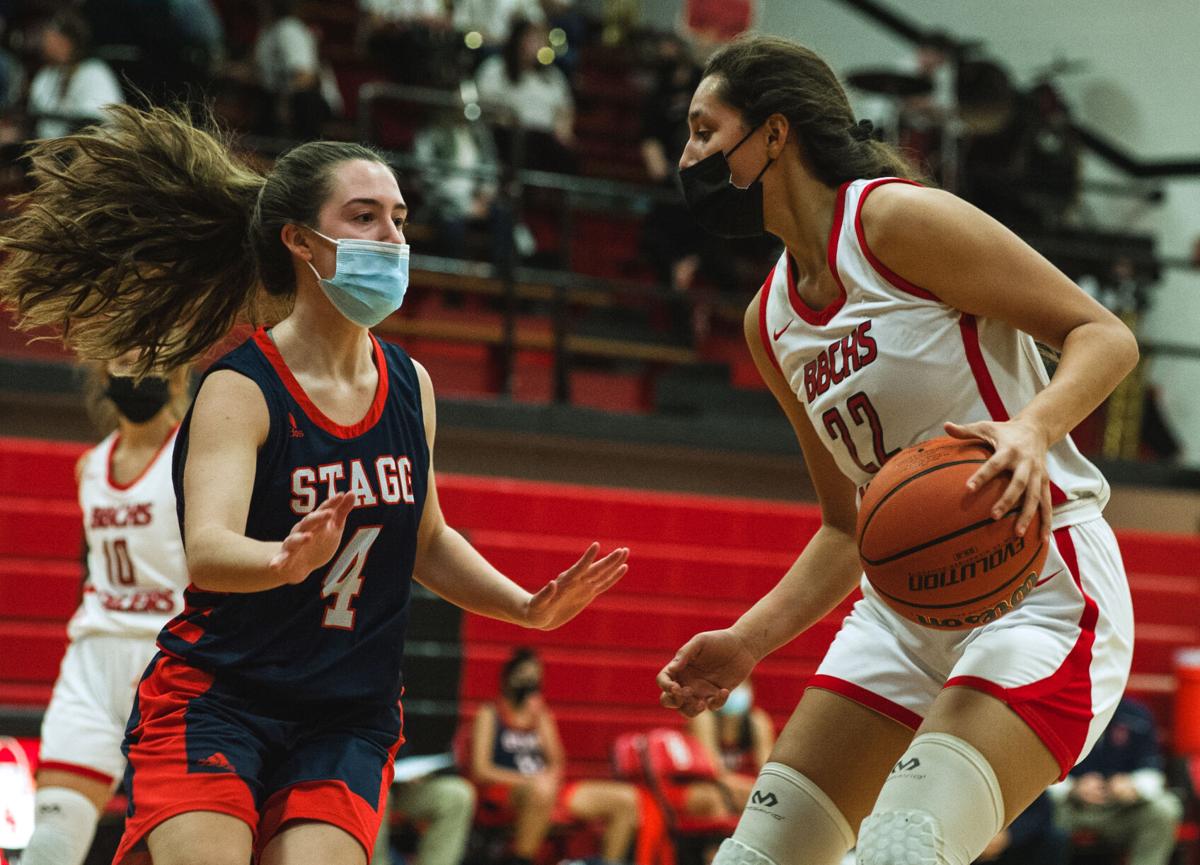 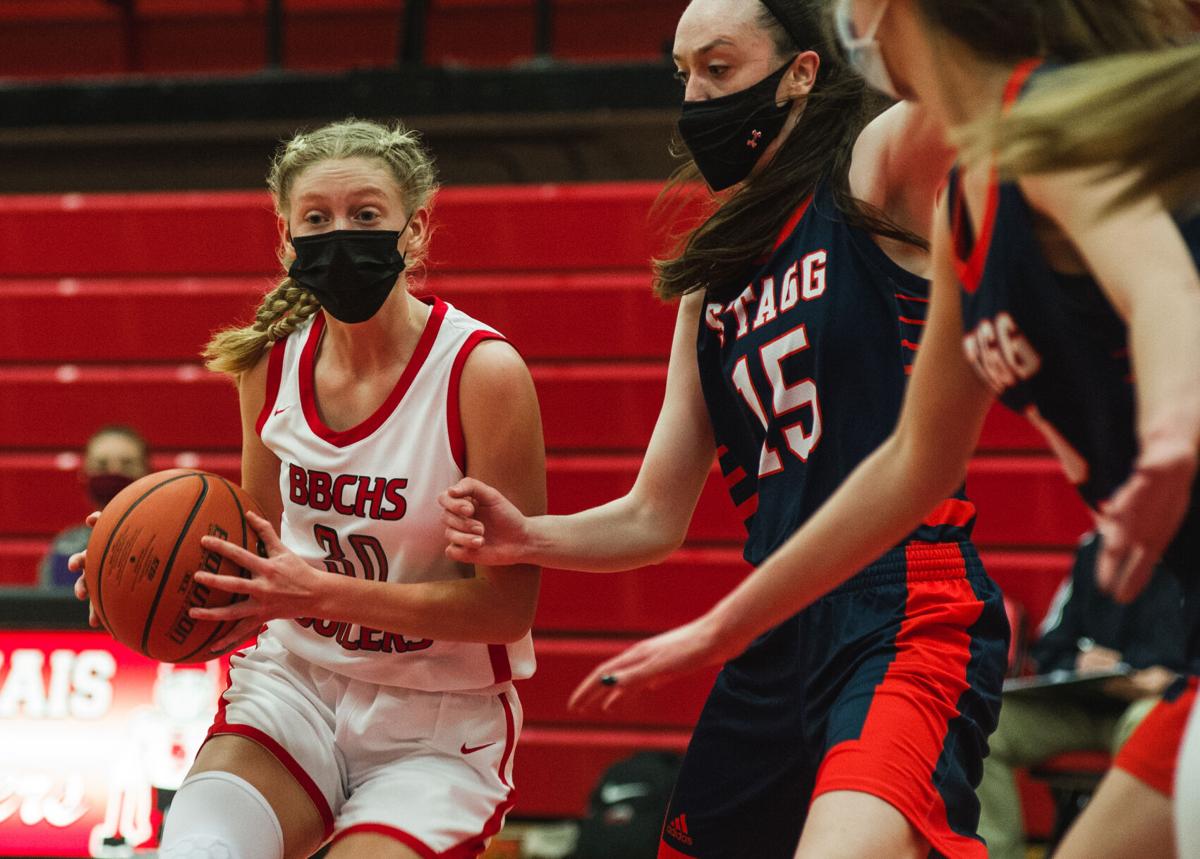 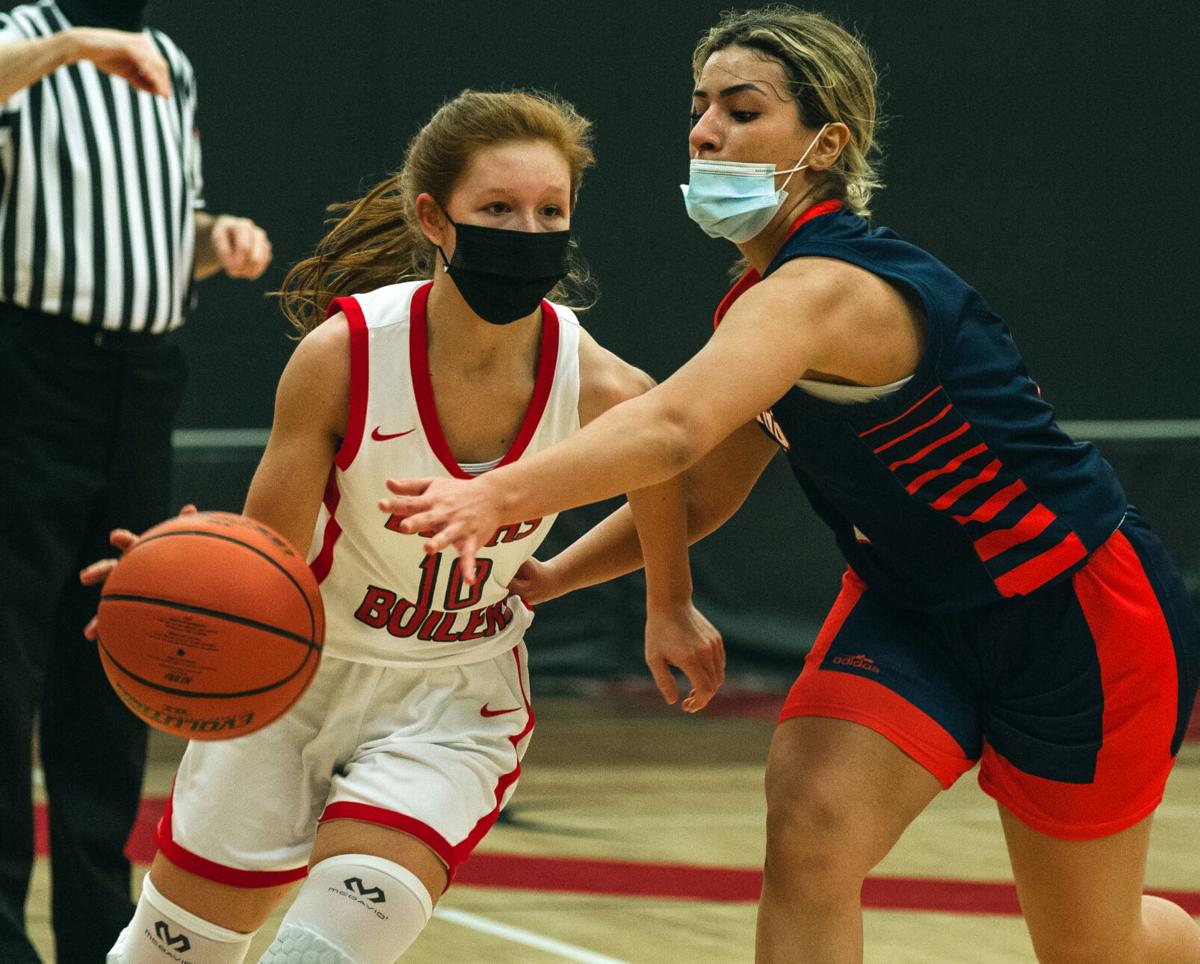 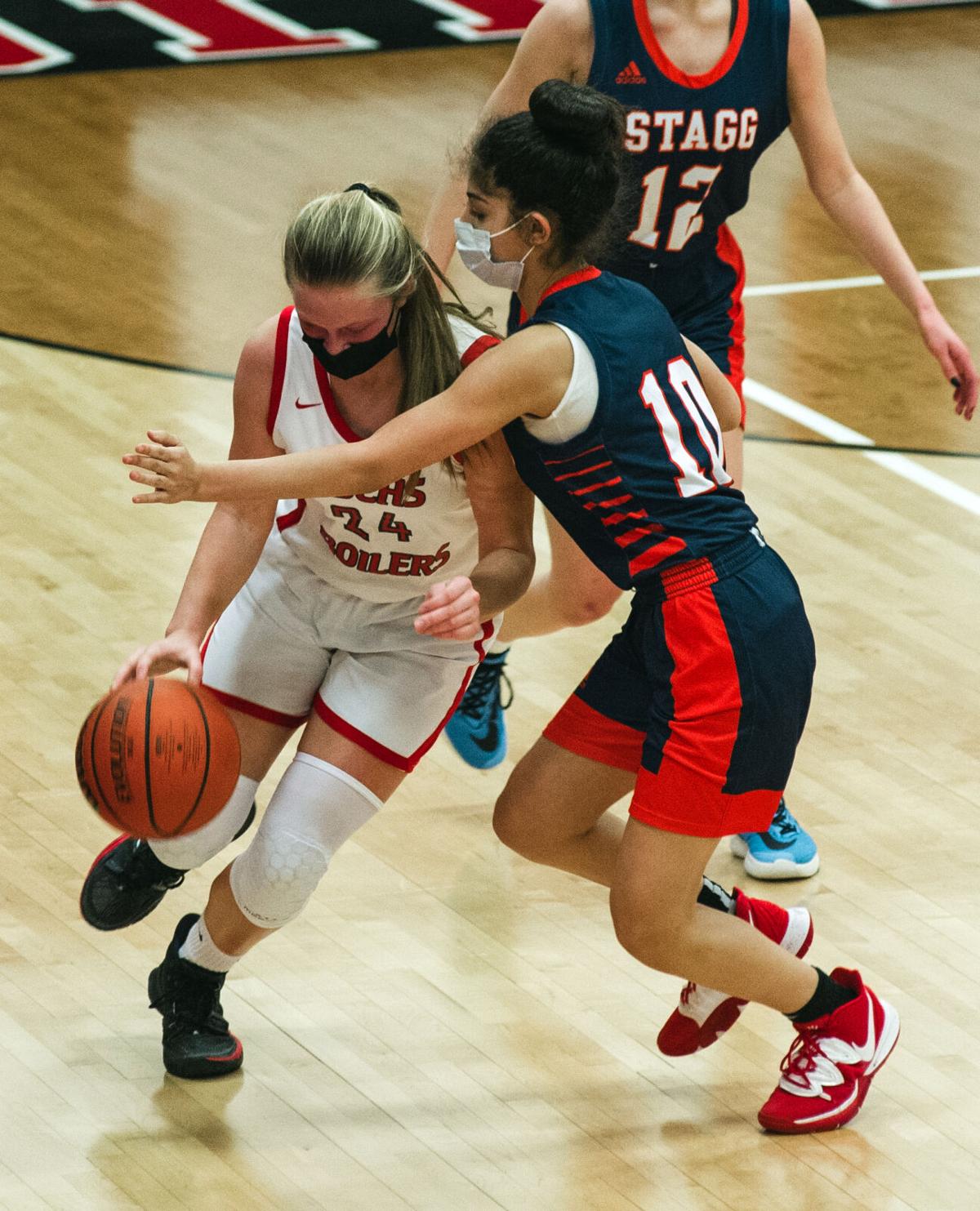 BRADLEY — The common sports phrase that a game was closer than the final score indicated is often used as a blanket statement to make a losing team feel better about its performance, but there are some cases where it’s true. Just ask Bradley-Bourbonnais’ girls basketball team about its 56-40 home loss to Stagg Thursday.

The Boilermakers went stride-for-stride with the visiting Chargers for nearly three quarters, but a 9-0 Stagg run to end the third quarter made it a double-digit game that never got any closer.

“The first half we played pretty well, we didn’t turn the ball over very much and offensively got the shots we wanted,” Boilers coach Liz Bart said. “We just have to put another half together.

“I told the girls there will be a time we put two halves together and it’s gonna feel great.”

The Boilers were able to make clean passes and crisp cuts to get good looks throughout the night, as evidenced by their 11 assists on 15 made field goals. But some of those looks that were going in early stopped falling, and the Chargers forced twice as many turnovers in the second half (10) as they did in the first half (five), a combination that ultimately did the Boilers in.

“We try to instill a no-mind mindset or next play mindset, so if they miss a shot we don’t want to see it in their body language ... but we encourage them to keep taking open shots” Bart said. “We want one-on-zero, wide-open shots and that’s all we can ask for.”

While the Boilers started to stumble a bit offensively in the second half, the Chargers seemed to get stronger as the game went, led by Kelsey Dwyer, who scored 14 of her game-high 21 points in the second half.

But it wasn’t for a lack of defensive effort from the young Boilers, who threw several defensive looks at their opponents Thursday. With a seven-player rotation that features four underclassmen, Bart was pleased with how her team is showing an understanding from the defensive side and learning to play to their strengths.

“We’re a really quick team, but having a lot of young girls on the court at one time can be tough with not a lot of varsity minutes,” Bart said. “We’re continuing to build and work on our X’s and O’s every day and we don’t have to worry about teaching effort with these girls.”

Freshman forward Natalie Johnson missed most of the first half with foul trouble but had a strong second half to lead Bradley-Bourbonnais with 10 points and seven rebounds, including four on the offensive end.

Bishop McNamara feasted in the paint in its impressive double-digit victory over Beecher.