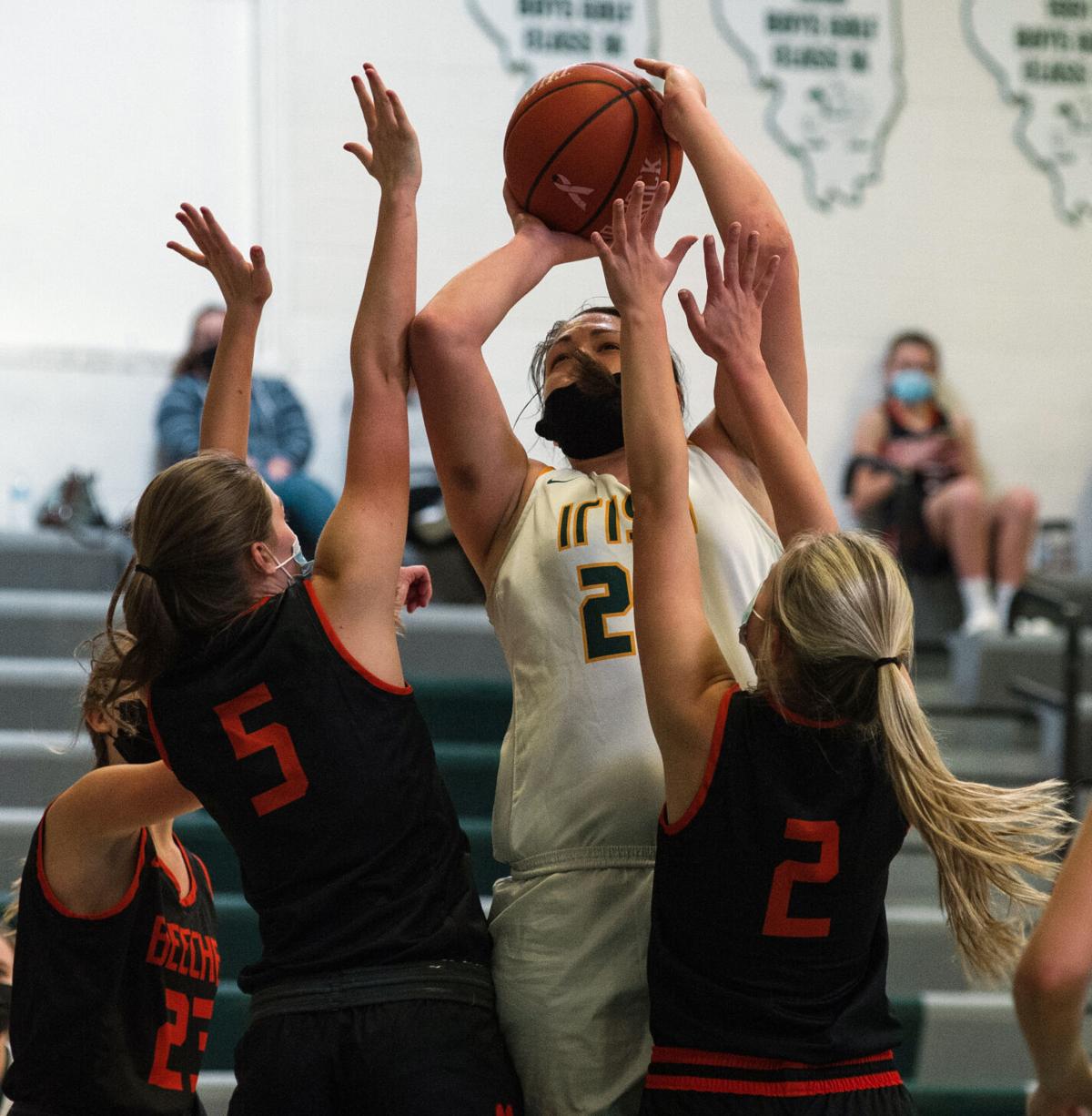 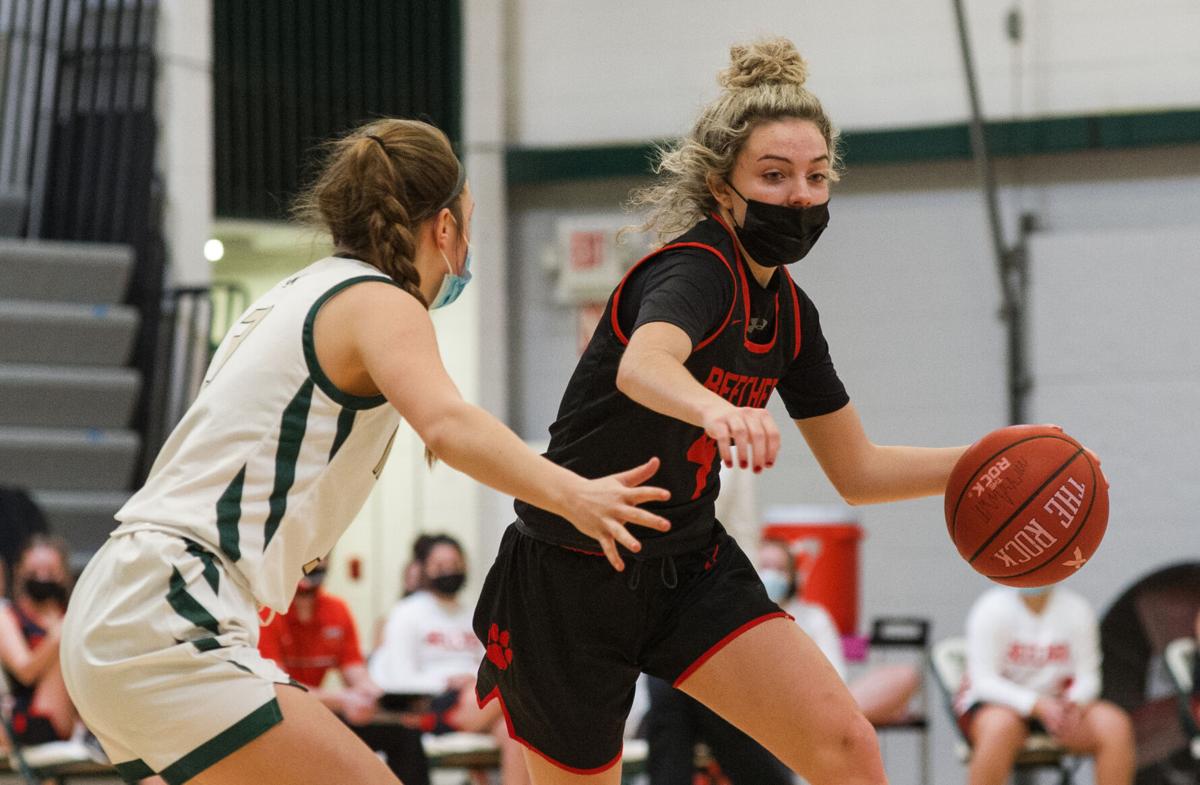 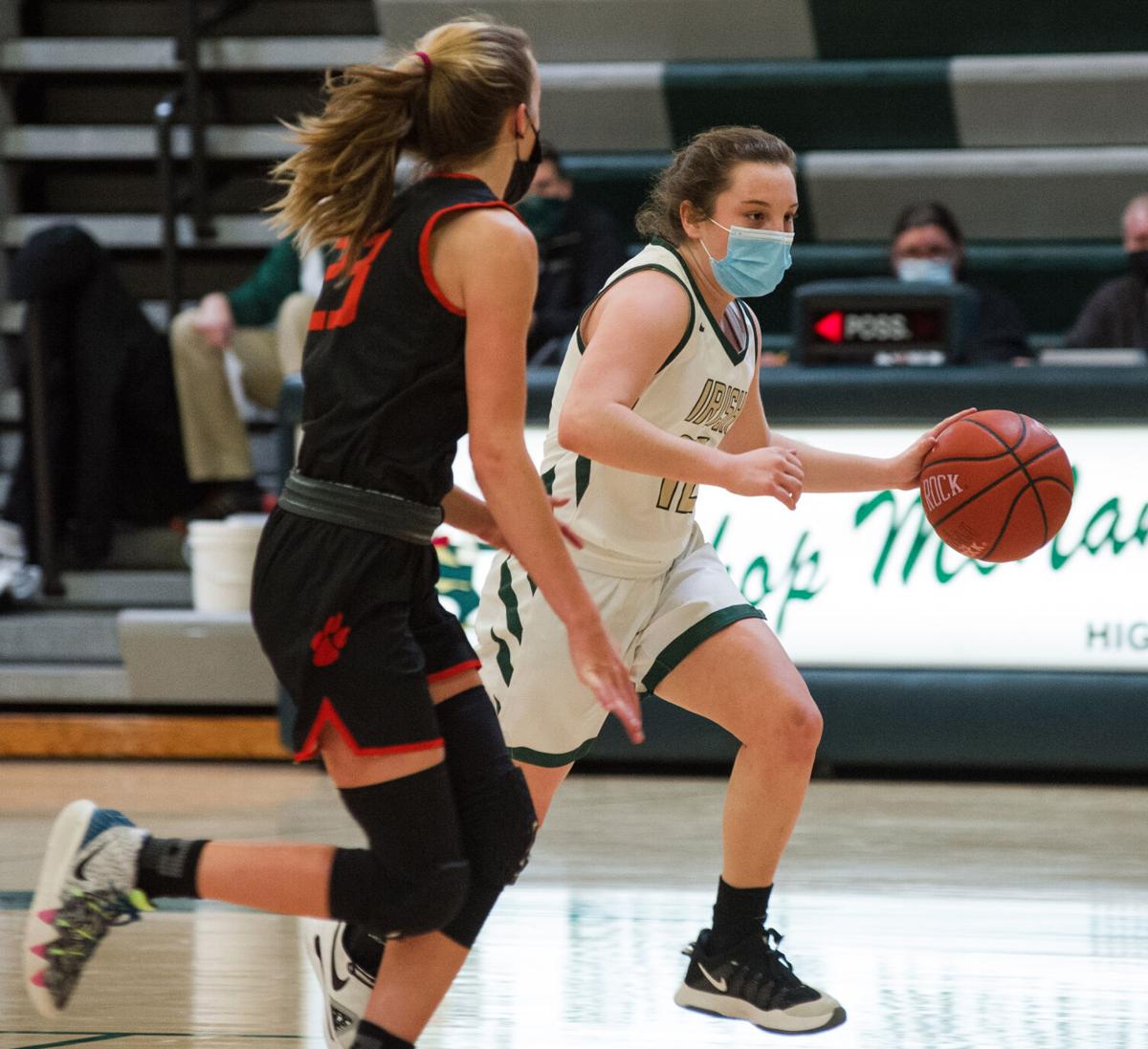 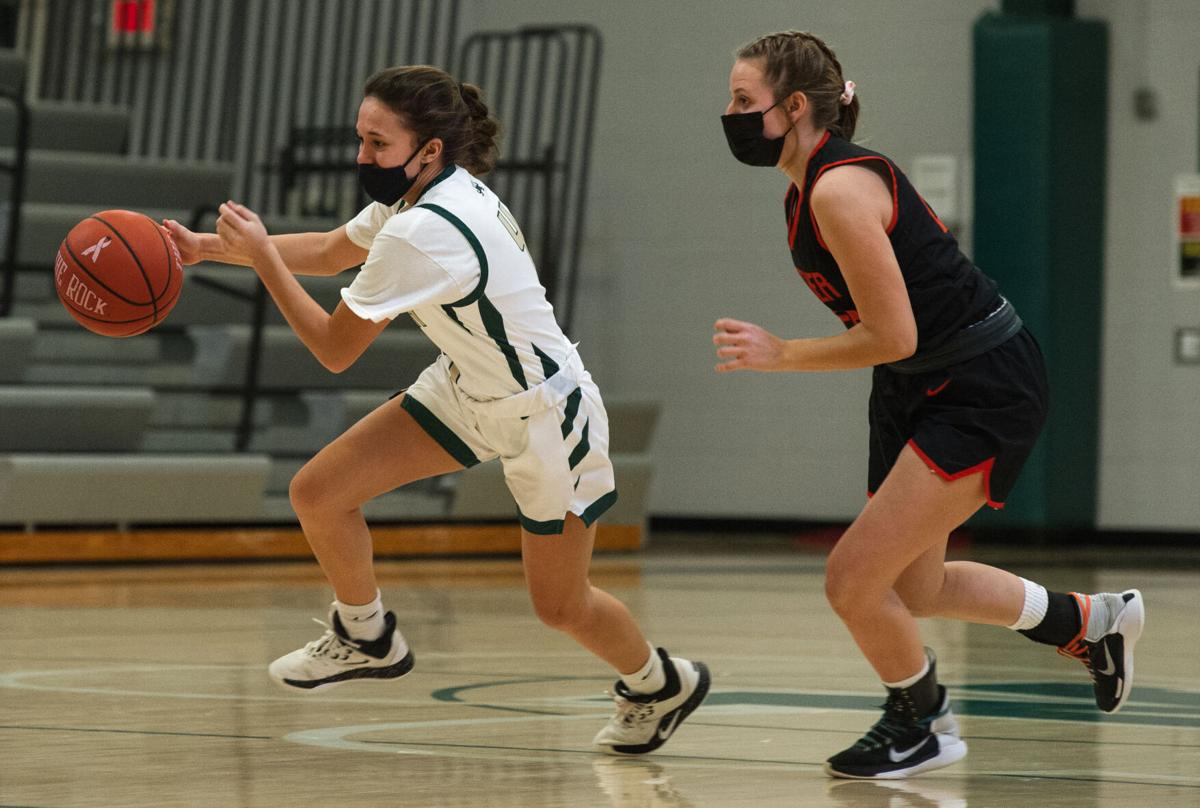 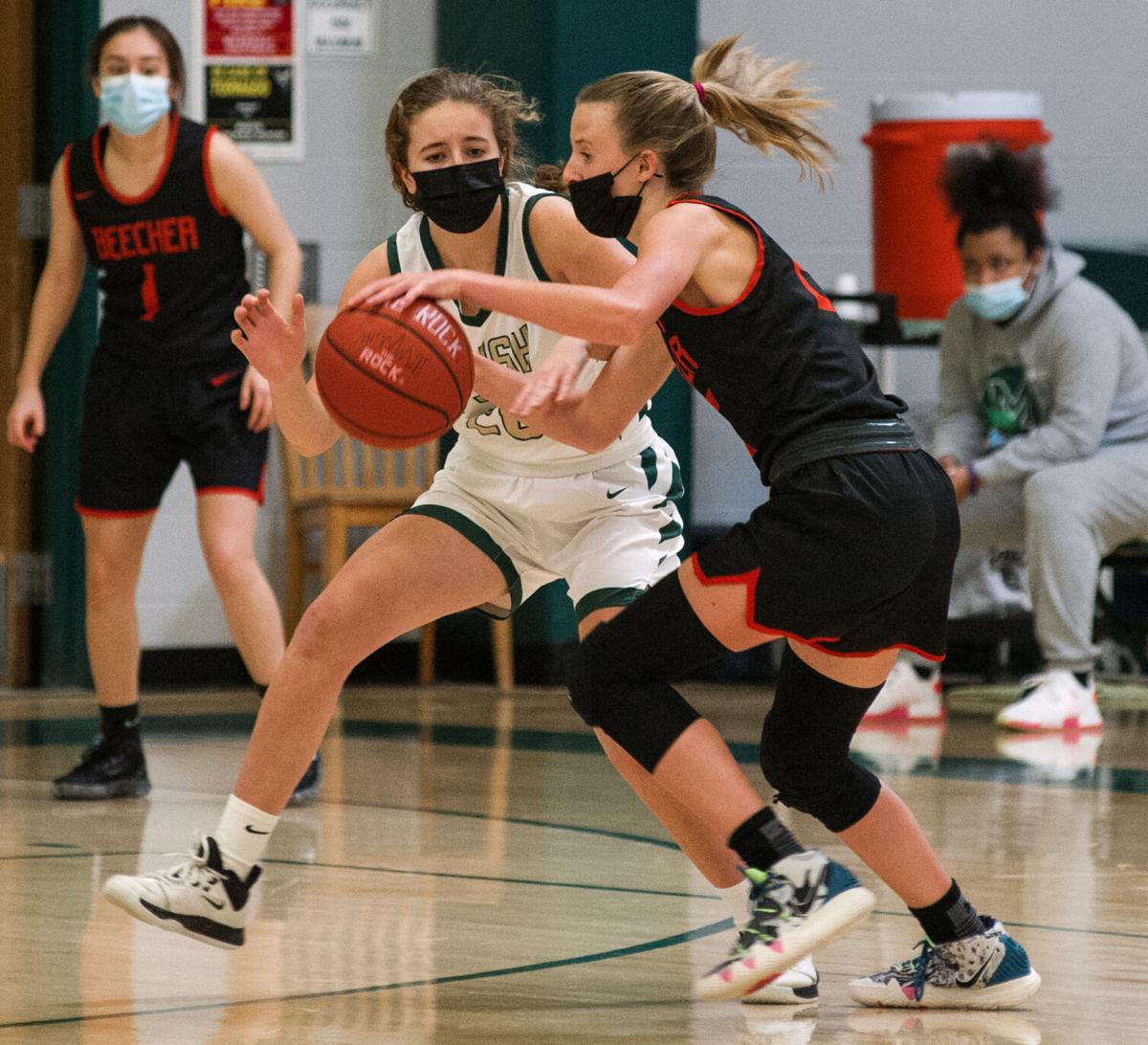 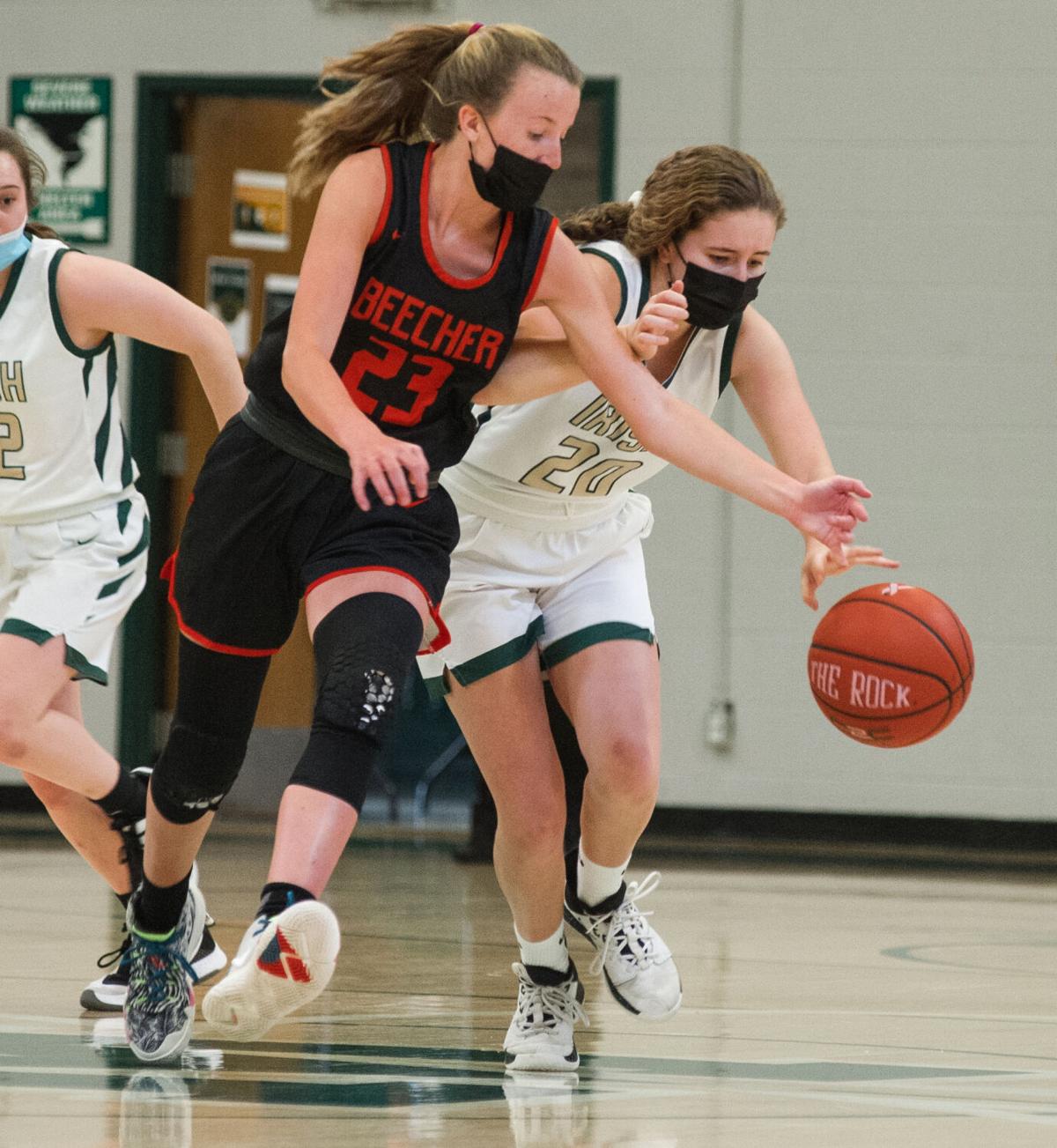 KANKAKEE — With every game being so vital due to this year’s shortened girls basketball season, Bishop McNamara could hardly wait to get a change of pace by playing against another area team in Beecher. The Irish hardly ever get a chance to play many local schools so when they hosted the undefeated Bobcats, McNamara came out firing from the opening tip-off.

“We were excited about getting the opportunity to play a local opponent in Beecher,” Bishop McNamara head coach Curtis Crossley said. “We don’t get that opportunity much.”

Bishop McNamara took advantage of a tired Beecher squad who had just came off a one-point victory against one of its biggest rivals, Gardner-South Wilmington, in the River Valley Conference the night before. The Irish opened the game with the clear mission to feed center Claudia Dolliger in the post and it worked to perfection, as Bishop McNamara led the entire way in their 49-38 win Saturday.

“I think early on you could kind of tell we were a little flat,” Beecher head coach Adam Keen said. “I thought McNamara did a great job at rebounding and I just don’t think our fight was there early on as far as getting boards, stops and second chance points.”

Dolliger dominated inside and nearly outscored the entire Bobcats team in the first quarter. She scored six of the Irish’s 12 first quarter-points compared to Beecher, who totaled seven. From there the Irish continued to use Dolliger in the post as she scored a game-high 19 points to go with 11 rebounds and four steals.

“I feel like we were getting open pretty well and looking for the post,” Dolliger said. “Our ball movement was great which allowed us to score and take quality shots.”

Besides Dollger’s incredible post play, Bishop McNamara did an excellent job at creating second-chance opportunities. The Irish totaled 12 second chance points between the first three quarters and also gave the Irish an edge in confidence.

“I’m really pleased with our effort, focus and execution in being able to do those two things today.”

Dolliger led all scorers for the Irish with 19 points. Camille Kuntz did a bit of everything, totaling 9 points, eight assists, six steals, nine rebounds and two drawn charges. Lia Coy added 10 points, including a team-high five points in the final quarter.

Bradley-Bourbonnais went stride-for-stride with Stagg for the better part of three quarters before the Chargers turned it up a notch down the stretch.

Mark Robinson scored the first 12 points of the second half for the Boilermakers and sparked a third-quarter run that led them to their second-straight victory.