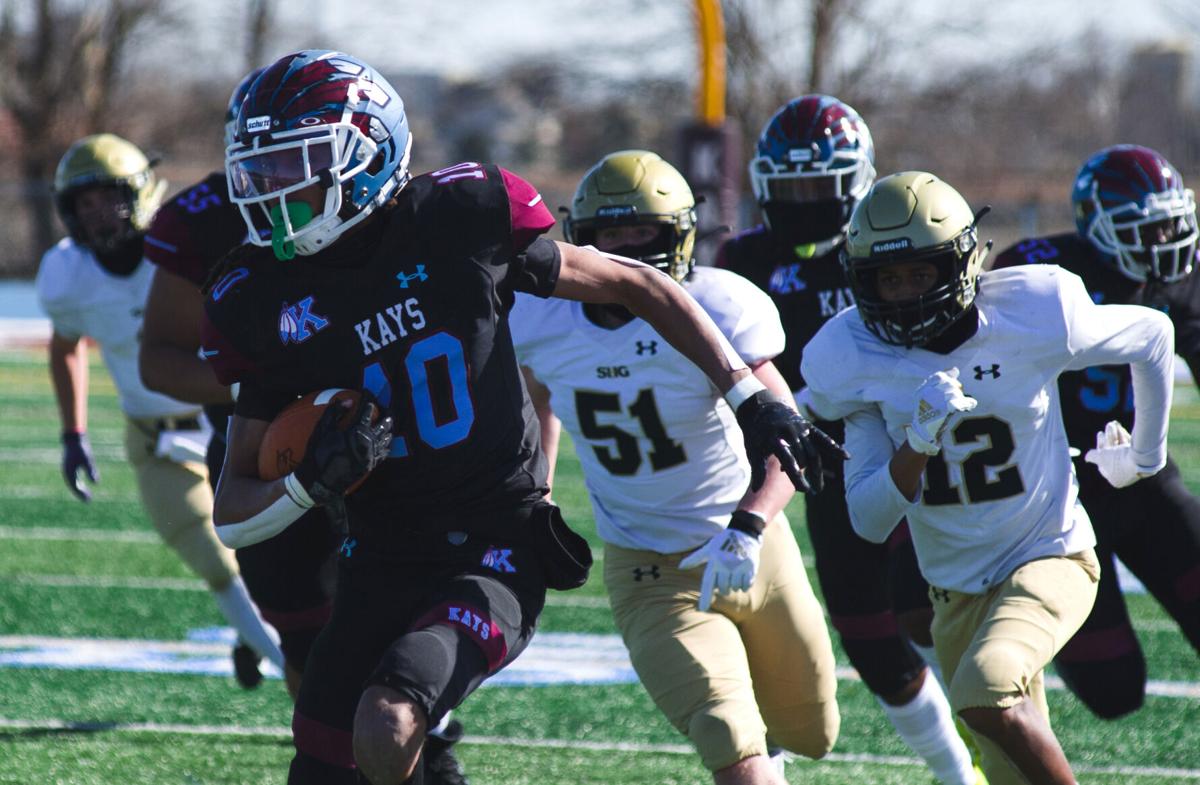 Kankakee’s Joeron Hill carries the ball on a play during a game against Sacred Heart-Griffin earlier this season. 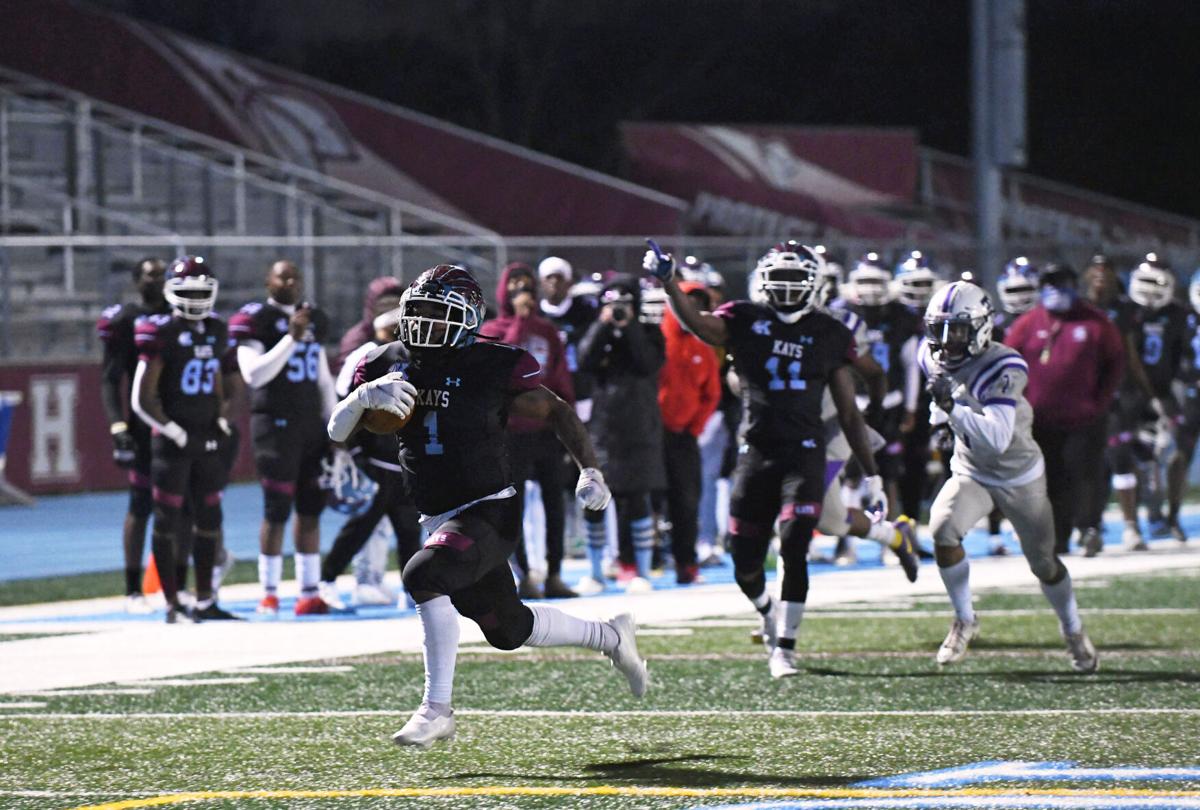 Kankakee’s Aveon Pittman approaches the end zone last Friday night for his fourth touchdown during the Kays’ victory over Thornton.

Kankakee’s Joeron Hill carries the ball on a play during a game against Sacred Heart-Griffin earlier this season.

Kankakee’s Aveon Pittman approaches the end zone last Friday night for his fourth touchdown during the Kays’ victory over Thornton.

Kays on offense: The Kays are coming off of a historic, 76-point firework show Friday night against Thornton, but the Warriors will prove a much stronger test than the Wildcats. Pittman had five touchdowns before the half last week and is looking to stamp his superb senior season with another big game behind a big offensive line. Hill is a freak of nature in space, as is Ty Stewart, who will spend a lot of time in the slot and rotate at quarterback with Tomele Staples. And never forget about Johnathan Pitts on the outside.

Kays on defense: Defensively, the Kays scored more points last week alone than they’ve allowed the past three weeks combined. They blend seniors and younger players at every spot on the field defensively and, every week, further cement their legacy as one of the meanest, scariest defenses the area has seen in quite some time. The Warriors have a hot offense of their own, but with a pass rush that doesn’t quit, a stout run defense as disciplined as a black belt karate fighter and a secondary that ballhawks as well as it supports the run defense, Kankakee is equipped to neutralize Crete-Monee’s bevy of playmakers.

Warriors on offense: They didn’t quite reach the Kays’ scoring level last week, but Crete-Monee’s offense was ridiculous in its own right in last week’s 67-0 win against Bloom. Smith is a senior who was light on experience when he replaced current Northern Illinois University receiver Trayvon Rudolph as the Warriors’ signal-caller, but he tossed a six-pack of scores last week and has shown to be a capable duel threat with a build reminiscent of an F-150.

Warriors on defense: The Warriors are riding a similar wave of momentum on defense, led by a dependable front four, a group led by Slayton. This is a disciplined unit under coach John Konecki, and it doesn’t let many big plays happen behind it, but the defense also has yet to face an offense as deep with skill and speed as it will see on the turf Saturday.

Once they graduate in May, Central's core group of seniors will begin to go their own ways. But first, they have their eyes set on ending their football careers by winning the last-ever SVC championship.