Skip to main content
You are the owner of this article.
Edit Article Add New Article
You have permission to edit this article.
Edit
Home
News
Sports
Opinion
Life
Obituaries
HomeFinder
Jobs & Classifieds
Lifestyles of Kankakee County
1 of 7 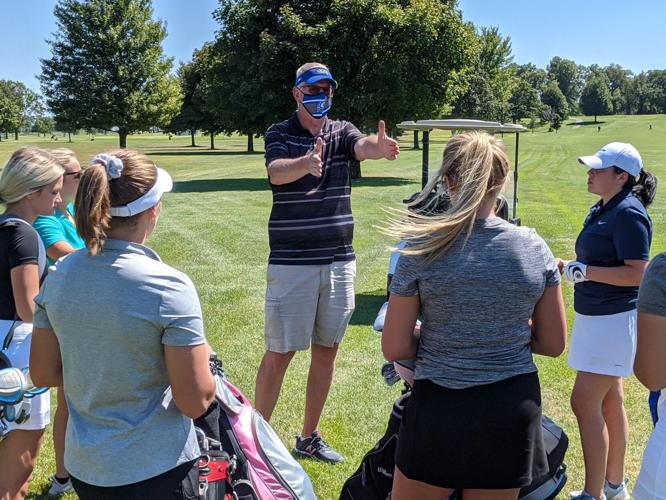 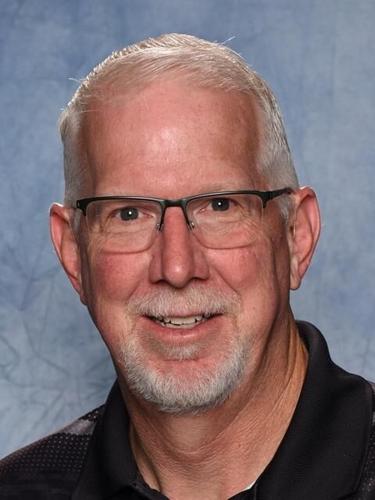 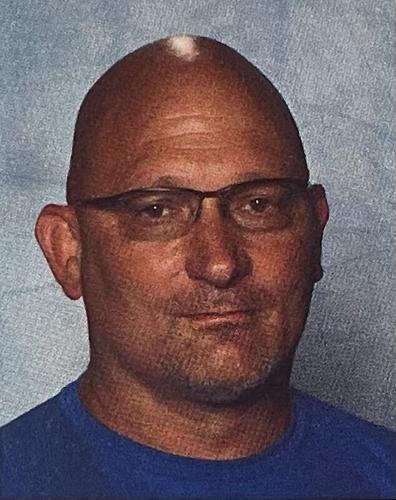 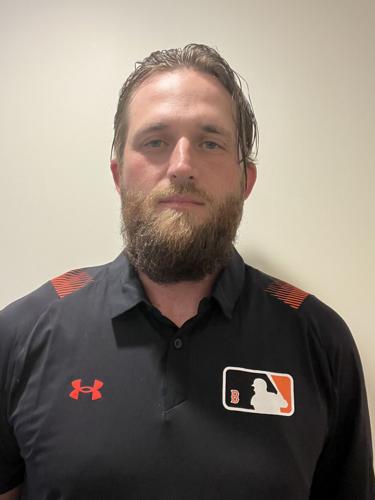 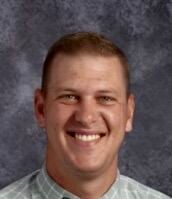 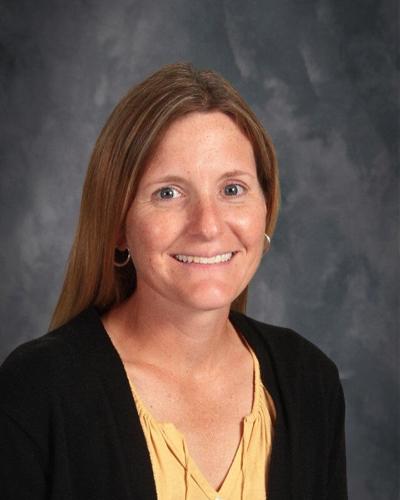 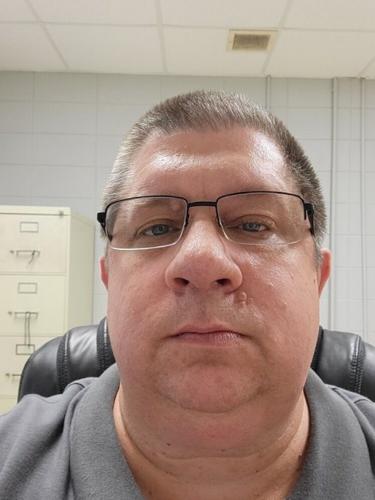 As school years come and go, so do the students at those schools. The constant from year to year is the group of faculty and staff that keep the schools going, from administration to teachers to athletic departments.

Beecher, Central, St. Anne and Tri-Point will be introducing new athletic directors this upcoming season, with many of the former administration members noting they will be staying around in the building in less time-consuming roles, while still serving the communities they’ve become familiar with.

Jeff Fenton of Central, Robert Ogdon of Beecher, Kate Shutter of St. Anne and Justin Cox of Tri-Point have decided to step down from their roles as athletic directors after each having totaled more at least a decade at their respective schools.

Fenton retiring after more than 30 years in area athletics, education

Taking on a new position is always a difficult transition, especially when taking over for someone who’s had the amount of respect and admiration that former Central athletic director Fenton had under his tenure.

Ever since Fenton took over the reigns of the Comets athletic programs in the fall of 2008 he has helped his players and coaches go on to do some pretty special things, some of which included winning a Boys Cross Country IHSA Class 1A State title in 2018, making 13 of 14 possible football postseason bids during his tenure and winning multiple regional titles in sports like boys and girls basketball, wrestling and baseball.

And before that time, Fenton was at Manteno from 1990-2008, where he was a physical education and health teacher, in addition to coaching boys and girls basketball at the high school and middle school levels, as well as golf.

“I think for me, athletics has been about the long term relationships and friendships I’ve made with all the other coaches that have been around for so long,” Fenton said. “... Obviously watching the kids, not only at Manteno and Central grow, but watching all the area kids develop as great athletes and great young adults has always been such a thrill.”

Yet his time spent working countless hours on the regular is all but over, as the 57-year-old has decided to retire from teaching and step down as Central’s athletic director in order to spend more time with his wife, Maria, and sons Michael and Alex. “I’m retiring from education, and so it was just time,” Fenton said. “I’ve been coaching and teaching for a long time, and so I just wanted to finally step away.”

“This was always a lifetime goal [of mine],” Harris said of his promotion to athletic director. “As you get thrown into the fire you learn that you didn’t know as much as you knew. I’ve been coaching since 1996 and it’s just a different atmosphere and different feeling, but I’m excited for the opportunity.

Harris, who turns 50 later this month, comes with an array of coaching experience within the area, which has left him feeling more comfortable in his new role. Originally from California, graduating from Carlsbad High School in 1991, Harris went on to leave The Golden State to come to Olivet Nazarene University, where he had graduated in 1995 and has since never left after taking multiple football coaching positions within the area.

It wasn’t until the summer of 2013 before Harris made his Comet debut coaching with head coach Brian Spooner, where he has since spent the last nine years before becoming the school’s new athletic director.

“Being familiar with the community will help me immensely,” Harris said. “Part of it is I’ve been involved in the booster club and those aspects and so you know part of the processes there….knowing who to contact has been phenomenal.”

Harris doesn’t plan to make any drastic changes from the way things were run under Fenton, but he did mention he plans to try and make a more inclusive atmosphere by making a bigger presence on social media in order to inform community members about events going on throughout the school year.

“The only big difference going from Fenton to me is that I started a Facebook and Twitter page,” Harris said. “Communication and trying to get things out on social media so people know what’s going on not only for their sport, but anything we got going on…I think we have great coaches and people, but I want to make it more of an inclusive atmosphere.”

Much Like Fenton, Beecher’s former athletic director and longtime U.S. History teacher Robert Ogdon also could no longer take the heavy workload that he’s accumulated working as the Bobcat’s athletic director over the last five years.

The 51 year-old’s decision to step down as the school’s athletic director comes after both his wife and mother had been diagnosed with cancer over the past two years, leaving Ogdon to have to make the difficult decision to leave in order to better take care of his loved ones.

“It hasn’t been a good run over the last year and half and so it wasn’t work related, but more personal,” Ogdon said of his decision to step down. “I want to care for the people I need too.”

Those long nights on school grounds will now be turned over to 38 year-old Brandon Dubois, who has spent the last 15 years at his high school alma mater, starting off as a JV basketball and baseball coach (2007-10) after a brief stint at Bishop McNamara, before becoming the head baseball coach in 2010, a position he still holds to this date.

“I’m excited and it’s a new challenge in my life and I hope everything works out for the best,” DuBois said.

DuBois’ interest in the position comes from his passion for wanting to help high school student-athletes further their athletic careers in college. Over the last decade-plus he has enjoyed his time helping his fellow basketball and baseball student-athletes become better men, which is why he believes he is fit for the job.

In addition to his coaching experiences, DuBois has also been able to get a sense of what an athletic director role is like after having joined Beecher Junior High School’s administration, splitting time as the middle school’s athletic director since January of 2020.

“I’ve kind of been able to get my feet wet by scheduling and planning postseason events,” DuBois said. “Hopefully I’ve got a good grasp on things and just being around longer will make things more familiar for myself.”

Despite no longer being in charge of the athletic department Ogdon doesn’t plan on departing from the Bobcats just yet. He is still set to stay on as the dean of students.

O’Brien ready to lead the Cardinals

Unlike Fenton and Ogdon, Kate Shutter’s decision to step down as the school’s athletic director didn’t come from wanting more time away from the school’s hallways.

Instead, it was because she wanted to turn her attention back to her first position she took at St. Anne around a decade-and-a-half ago, when she accepted the job to serve as both the junior high and high school’s special education program coordinator.

“There were two main reasons for my decision to step down; the first one being that I wanted to refocus on my regular job, which is working with students with disabilities by devoting more of my time and focus to that job for our two districts,” Shutter said. “The second reason is I think change is good, especially for our students and student-athletes.

“Whenever you can bring in fresh ideas and thoughts I think it’s a good thing for our students and so I think 10 years was long enough.”

Shutter’s decision to step away left the Cardinals to hire Ben O’Brien, who has served as St. Anne’s assistant principal for the past eight years, as her replacement.

A huge part in O’Brien’s interest in the new position comes from the fact that St. Anne will be offering football for its student-athletes for the first time since 1977-78.

“Obviously, having relationships within the community and understanding the community as a whole plays a big role in understanding the needs of the students and wants of the community, in terms of moving our athletic programs forward as we dive into a big venture by adding a football program for the 2023-24 school year,” O’Brien said. “That will be a main focus as we move into the new school year here to be fully prepared to be successful from the jump for the football program, but also advancing all our other programs in the right direction to give our students quality experiences that not only leads to success on the field, but teaches good life lessons that they can take beyond high school.”

Joining their River Valley Conference foes in promoting from within, the Chargers made a similar decision when it came to finding the school’s new athletic director, Alison Buckley.

The current 43-year-old has spent the last 15 years teaching science within the Tri-Point walls, the same ones in which she graduated from in 1997, which has helped gain the trust of not only her students, but community as a whole.

“I do a lot with our school already and the community support since they know me has been great,” Buckley said. “So I think the community will continue to back our school the way it’s been and If I need things the community is always there too help and I know some other people in the community are excited for me to step in Cox’s shoes, which are pretty big shoes to fill, because he did such a good job over the years.”

Her new position will replace 16-year veteran Charger PE teacher and 10-year athletic director Justin Cox, who had stepped down in order to become the assistant principal at Ridgeview High School in Colfax in order to save him more than 40 minutes in driving time to his home residence in Bloomington.

“I’ve had my master’s for administrative work for around 10 years but the opportunity has never been there,” Cox said of his decision to head to Ridgeview. “This opportunity came up and so I interviewed for it and then they offered me the job.

“It was closer to home and a new challenge…it was a good move for my family and so I’m looking forward to it.”

Some of the best photos from local sports coverage this week.

Some of the week's best sports photos from local sports stories.

Some of the best photos from the sports games and tournaments of local teams.

Some of the week's best photos from local news stories.