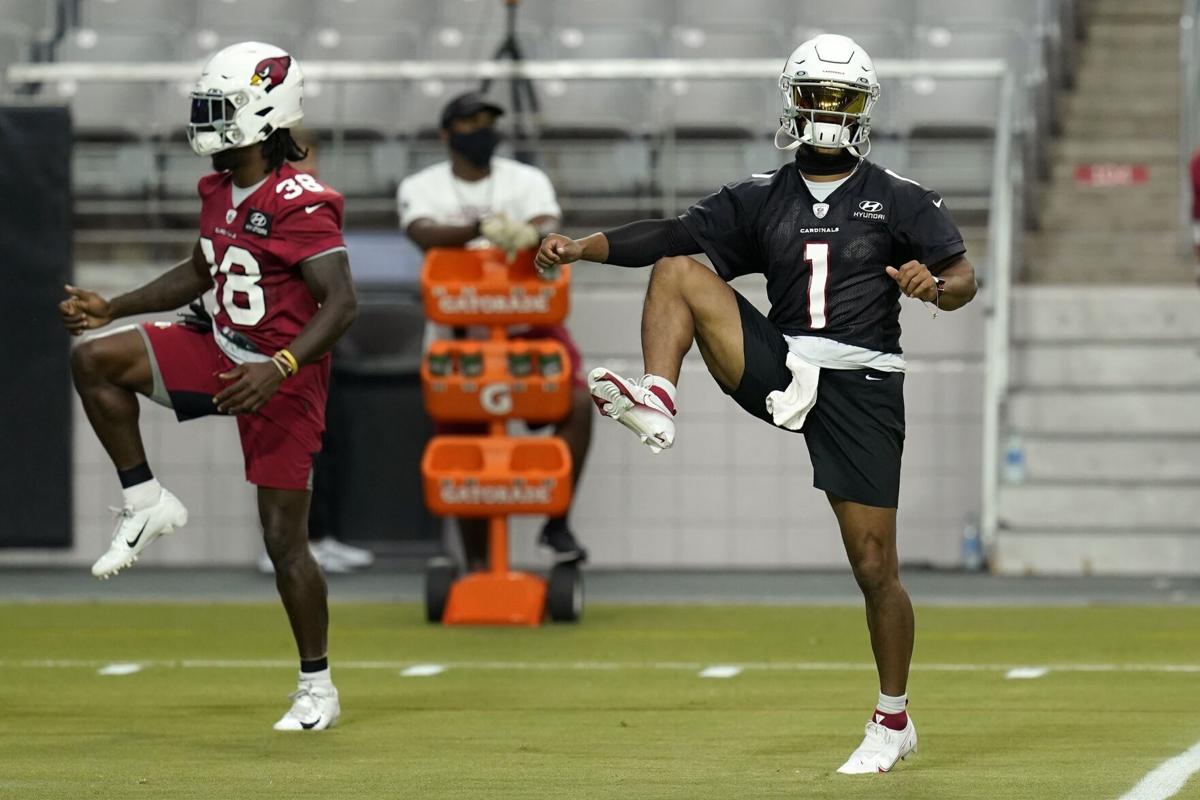 Arizona Cardinals running back Jonathan Ward, left, and quarterback Kyler Murray stretch during a workout Aug. 12 in Glendale, Ariz. Ward, a 2016 Bishop McNamara graduate, was signed to the Cardinals' practice squad during the weekend. 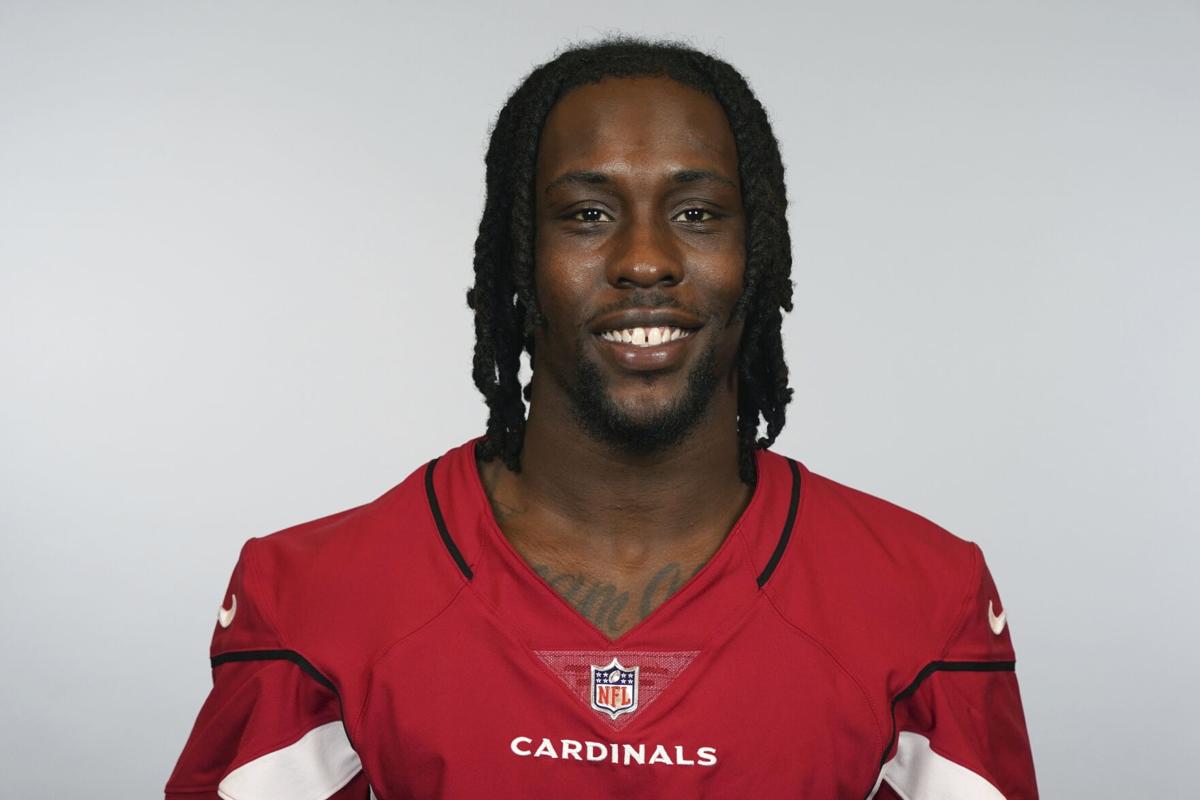 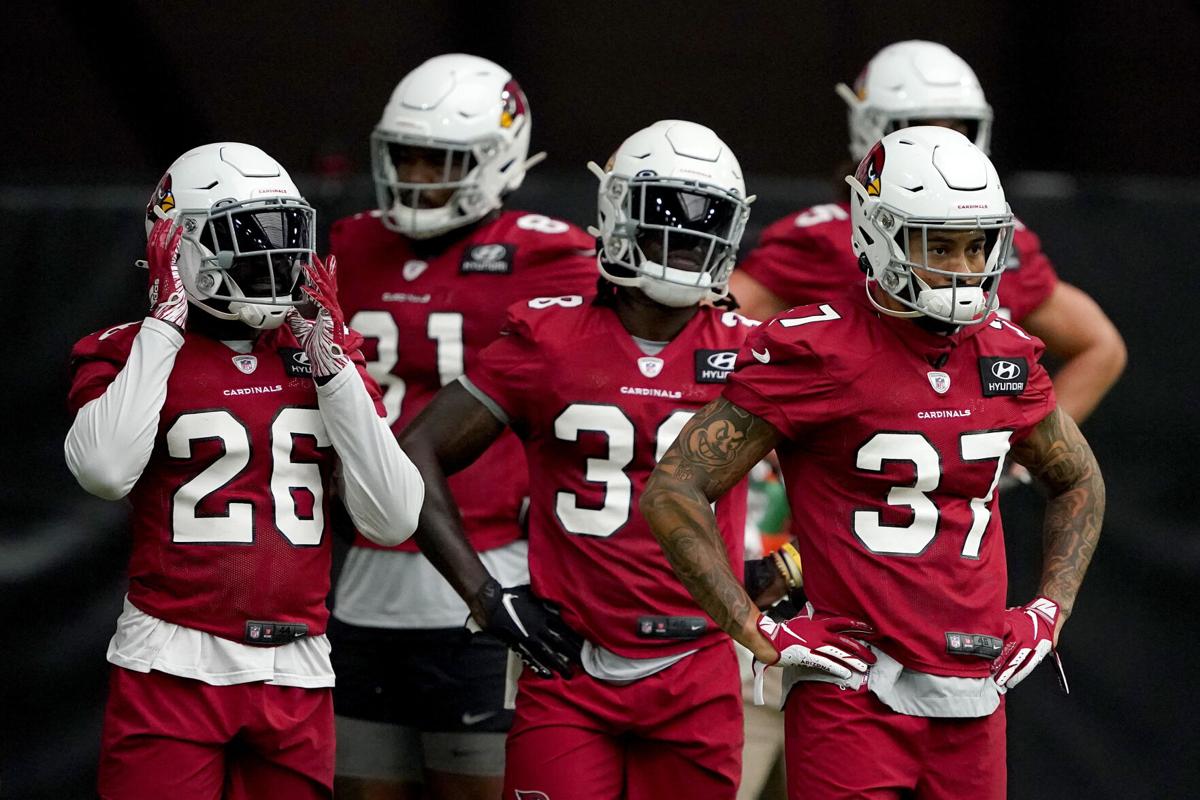 Arizona Cardinals running back Jonathan Ward, left, and quarterback Kyler Murray stretch during a workout Aug. 12 in Glendale, Ariz. Ward, a 2016 Bishop McNamara graduate, was signed to the Cardinals' practice squad during the weekend.

Jonathan Ward’s journey as a professional athlete is just beginning. Although he’s not quite where he wants to be, the versatile running back is close to seeing his dreams come true.

Ward, a 2016 Bishop McNamara graduate, was cut from the Arizona Cardinals’ 53-man roster in the NFL’s final round of cuts ahead of the start of the season this week. Almost immediately after learning he didn’t make the Week 1 roster, the Cardinals decided to keep Ward around, signing him to the team’s practice squad.

All 32 NFL teams have a practice squad, a group of 16 players who can practice with the team during the week but can’t play in games. They can be signed by the team whose practice squad they are on, as well as any of the other 31 teams in the league if they are released (as was the case with Ward) before signing back to the practice squad.

Additionally, a few new practice squad rules were implemented this season because of the COVID-19 pandemic. Teams will be allowed to promote two players from the practice squad per week to play in that week’s game without having to clear the waiver wire before being reassigned to the practice squad.

Teams also cannot sign a player from the practice squad of their upcoming opponent for the week, and every team is allowed to designate four players from being signed to other teams’ active rosters each week.

The Cardinals’ decision to keep Ward on the practice squad came after the team signed him as an undrafted free agent after this year’s NFL Draft. Ward, who ran for 1,000-plus yards two different times during his college career at Central Michigan University, wasn’t invited to the NFL Draft Combine and saw his pro day, the one opportunity he had to impress scouts, canceled because of the pandemic.

Along with that, Ward was part of a unique NFL offseason that saw no postseason games, meaning the rookie didn’t have an opportunity to impress against professional competition but still impressed the Cardinals’ staff enough to remain one chance away from becoming the first local product to play in an NFL game since former Dwight standout Clay Harbor played his last NFL game in 2016.

The Cardinals enter the 2020 season as one of the most intriguing teams in the league, especially offensively. They traded for star wide receiver DeAndre Hopkins in the offseason to pair with quarterback Kyler Murray, the first overall pick of the 2019 NFL Draft and the 2018 Heisman Trophy winner.