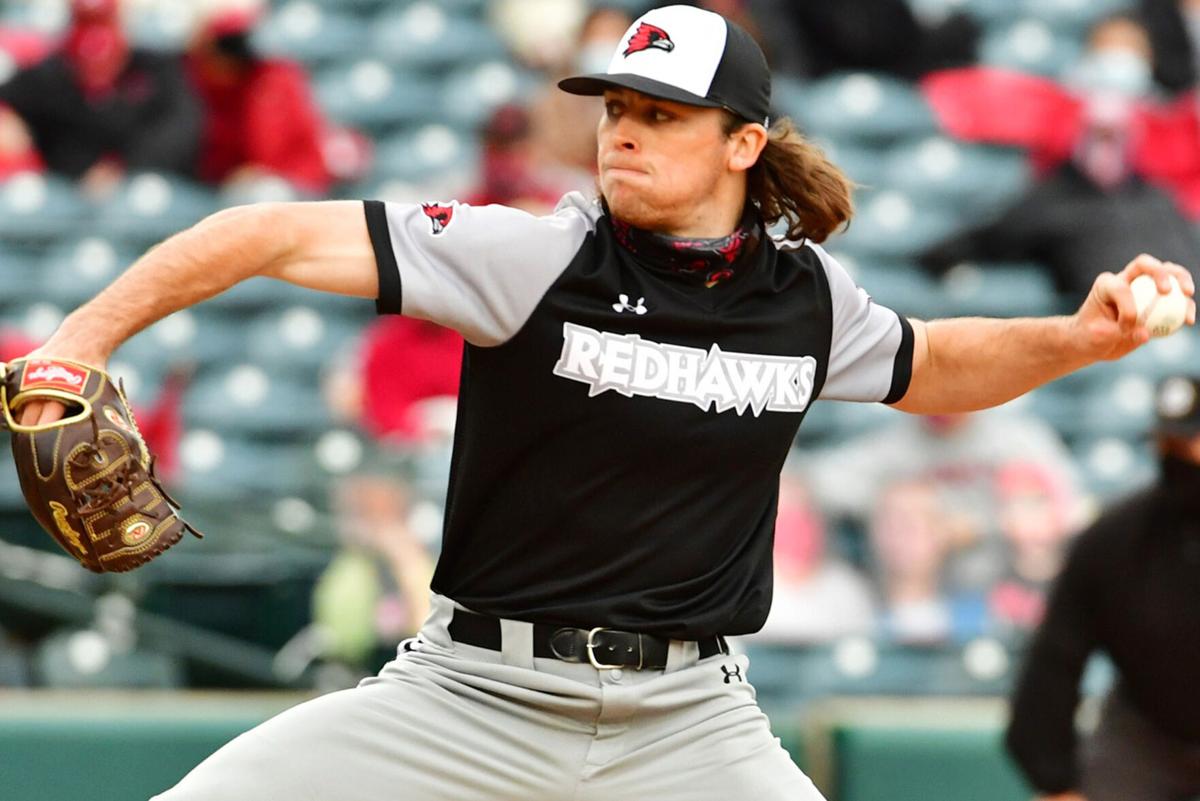 Dylan Dodd, a Danville native and former standout for Kankakee Community College, throws a pitch during a game for Southest Missouri State University last season. Dodd was drafted by the Atlanta Braves in the third round of the 2021 MLB Draft on Monday at 96th overall. 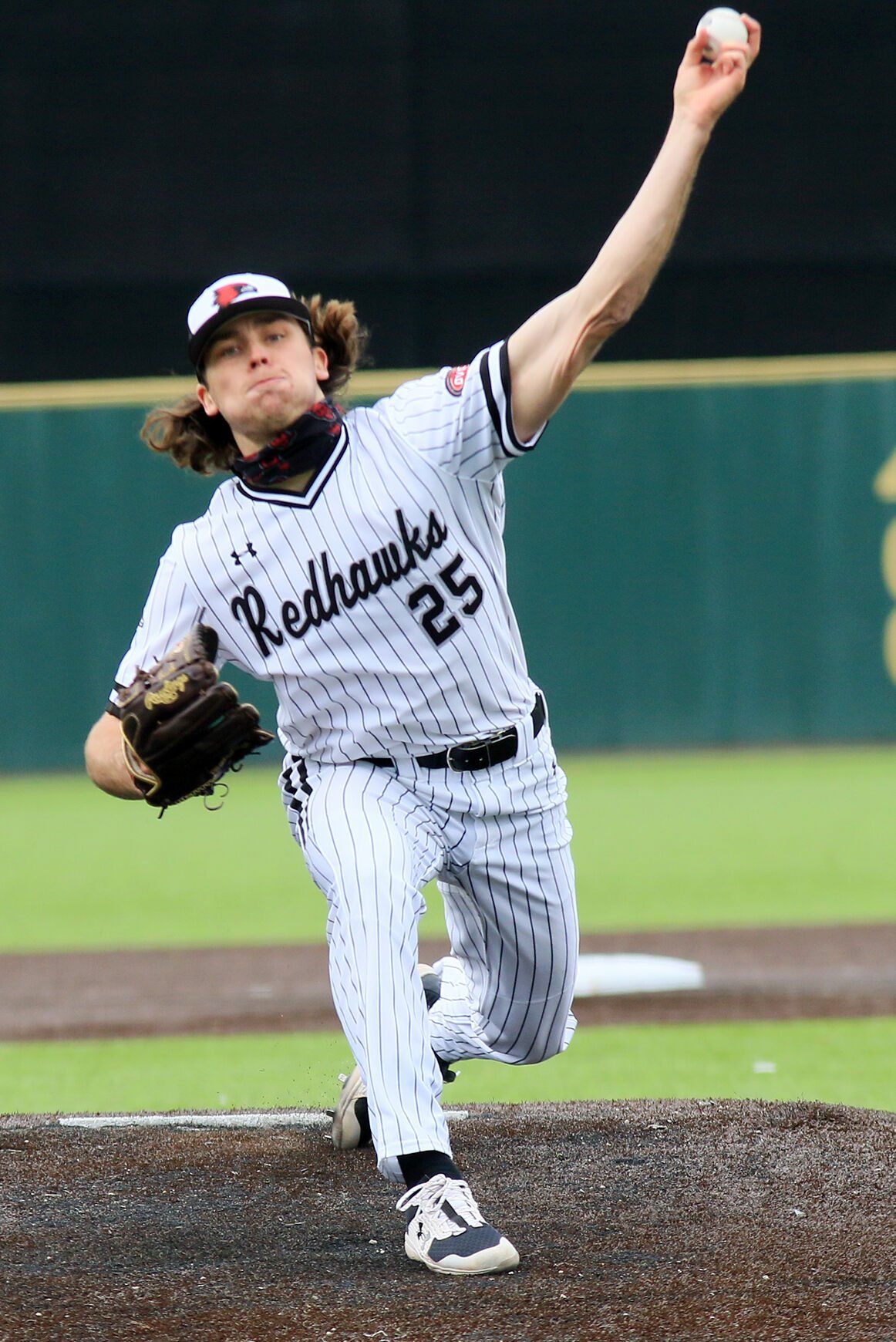 Dylan Dodd, a Danville native and former standout for Kankakee Community College, throws a pitch during a game for Southeast Missouri State University last season. Dodd was drafted by the Atlanta Braves in the third round of the 2021 MLB Draft on Monday. 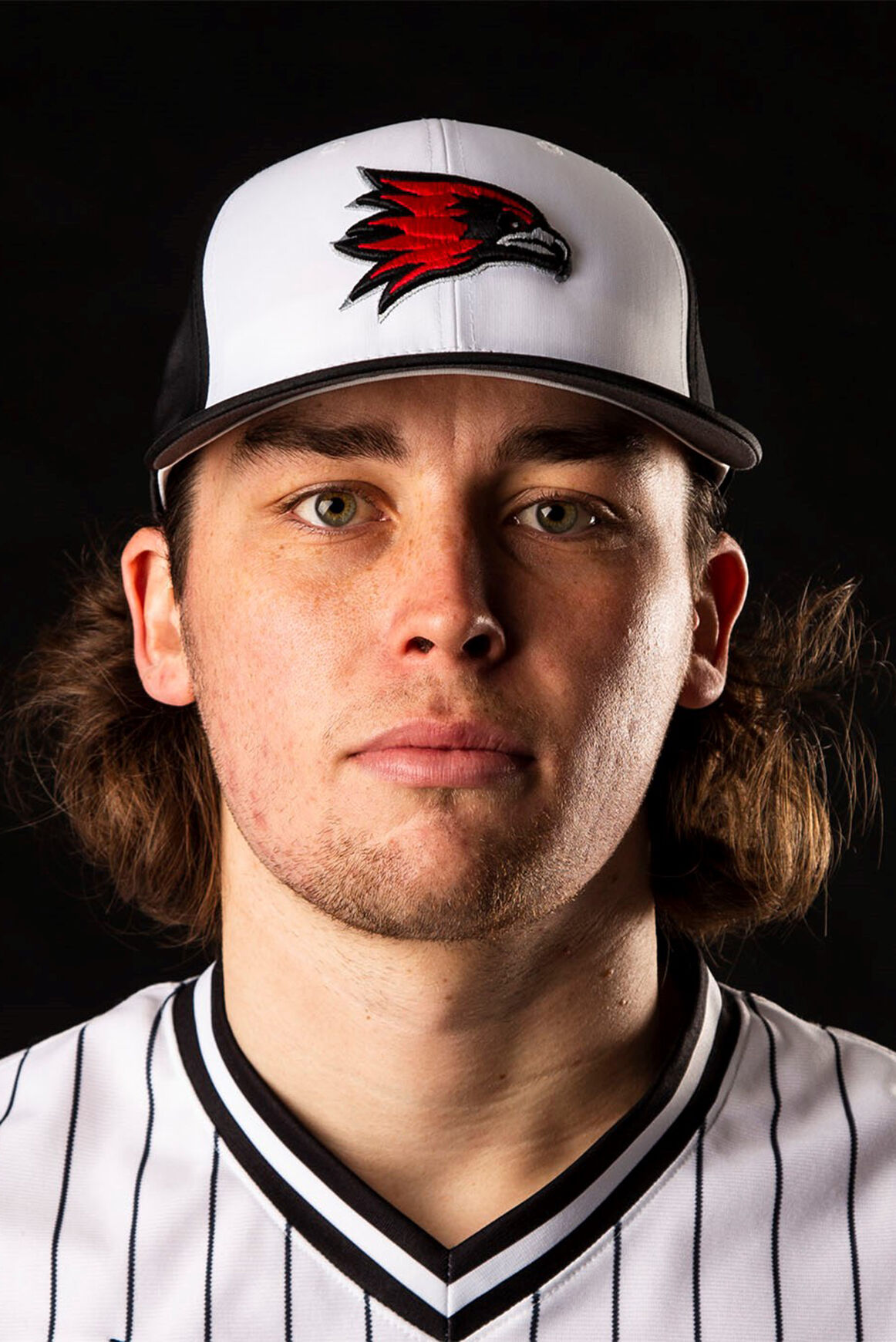 Dylan Dodd, a Danville native and former standout for Kankakee Community College, throws a pitch during a game for Southest Missouri State University last season. Dodd was drafted by the Atlanta Braves in the third round of the 2021 MLB Draft on Monday at 96th overall.

Dylan Dodd, a Danville native and former standout for Kankakee Community College, throws a pitch during a game for Southeast Missouri State University last season. Dodd was drafted by the Atlanta Braves in the third round of the 2021 MLB Draft on Monday.

Whether he heard his name called in the first round of the 2021 MLB Draft or the last, former Kankakee Community College baseball player Dylan Dodd was just ecstatic to officially call himself a big-leaguer.

Dodd, a 2016 Bismarck-Henning graduate who excelled in a two-year career at Kankakee Community College in 2017 and 2018, was selected 96th overall by the Atlanta Braves in the third round of the 2021 MLB Draft on Monday.

The 6-foot-3, 210-pound left-handed pitcher is the fifth Cavalier to be taken in the draft under Todd Post’s 20-year reign as the head baseball coach at KCC.

“It’s an amazing feeling to be drafted 96th overall by the Braves,” Dodd said. “I can’t thank enough people — my coaches, family, friends and teammates have all impacted me in a positive way, and they really built me into the person I am today, and so I couldn’t be thankful enough for all of them.”

Dodd was surrounded by his parents, grandparents and close friends in his hometown of Bismarck when the first found he was headed to Atlanta. According to the MLB draft ticker, Dodd’s pick value is worth an estimated $604,800.

“For me, it was a really nervous day,” Dodd said. “I was super anxious and pacing all over the place getting different phone calls and communicating with my advisor as much as possible, but as soon as I saw my name on the board it all went away, and it became real. I’m excited to get started and to get a chance to keep playing.”

Dodd’s selection in the top 100 is the highest since Bourbonnais native and Providence Catholic graduate Kris Honel was selected 16th overall by the Chicago White Sox in 2001. He’s the highest-drafted player to take the field for KCC since Bradley native and 17-year MLB veteran Tom Prince, who was drafted twice by the Braves, including with the 76th selection in the 1983 summer draft before the Pittsburgh Pirates took him 64th overall one year later.

When Dodd left KCC and transferred to Southeast Missouri State University in Cape Giradeau, he was a two-way player who arguably was known more for his bat than his arm when he helped lead the Cavaliers to the NJCAA Division II World Series before he found real traction on the rubber.

Dodd showed steady improvement during three seasons as a starter for the Redhawks, ending his college career as the team’s unquestioned ace. In 2021, Dodd went 9-2 on the season with a 3.17 ERA during 96 2/3 innings, picking up 120 strikeouts in the process.

His dominance led him to lead the Ohio Valley Conference in wins, strikeouts and innings pitched, which eventually earned him OVC Pitcher of the Year honors.

Despite not coaching Dodd for the past three seasons, Post had been in steady contact with multiple MLB teams that were interested in Dodd. The scouts got a good look at Dodd, who took full advantage of being offered an extra year of eligibility this past season as a fifth-year senior, which only was permitted for seniors last season in response to the COVID-19 pandemic.

“I talked to several big league clubs about Dodd as they were doing their homework,” Post said. “They saw him as a powerful, left-handed arm who is very athletic with a great frame.

“They think he still has more left in the tank while still being able to continue to progress velocity wise.”

After betting on himself and going through an extra year of college ball, Dodd is ready to put his amateur career behind him as he gets ready to bring his 90-93 mph fastball to the Braves organization to begin his professional career on a path that started in Bismarck before traveling through Kankakee and Cape Giradeau.

“People always say that I wasn’t very heavily recruited coming out of high school, but I wouldn’t change a thing about my career,” Dodd said. “I was very undeveloped heading into college, and I was able to go to KCC and then transfer to a mid-major Division I program, and so I didn’t have the easiest route.

“It’s been a journey, and I appreciate every step I had to go through to get to this point. I’m just thankful for all the opportunities that were given to me.”

Some of the best sports photos from local games and meets in June.

Some of the best local sports photos from games in early June.