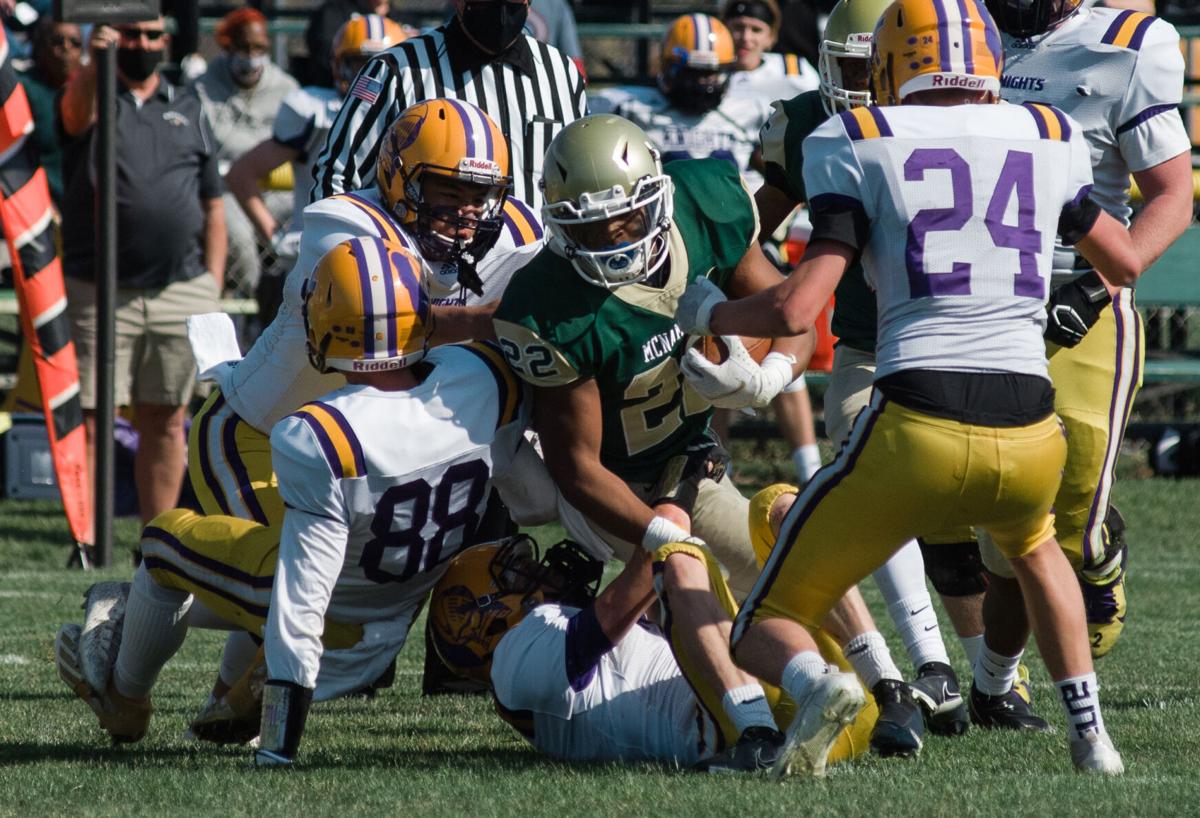 Bishop McNamara Catholic High School’s Jaydon Wright, center, carries the ball as he is brought down by the Chicago Christian High School’s defense in Saturday’s game at Mac. 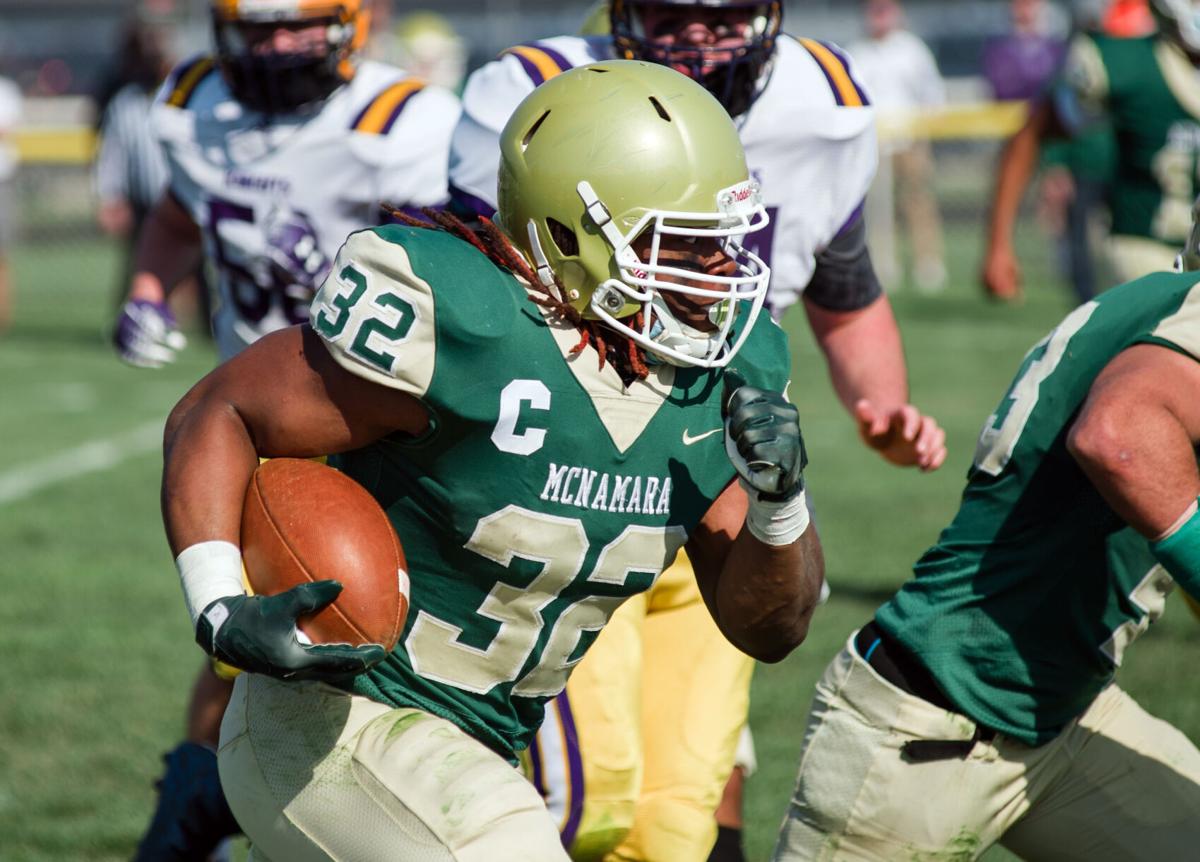 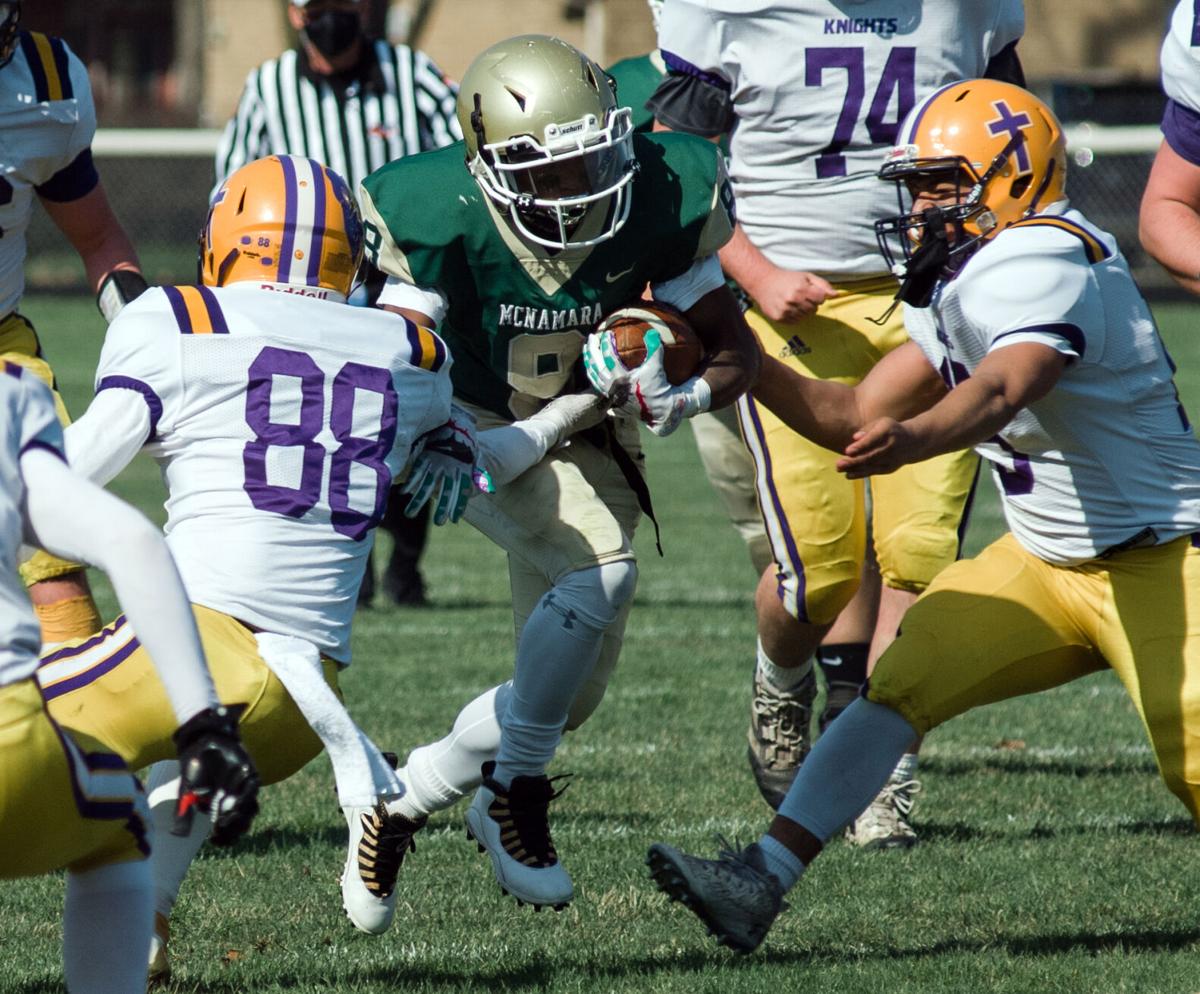 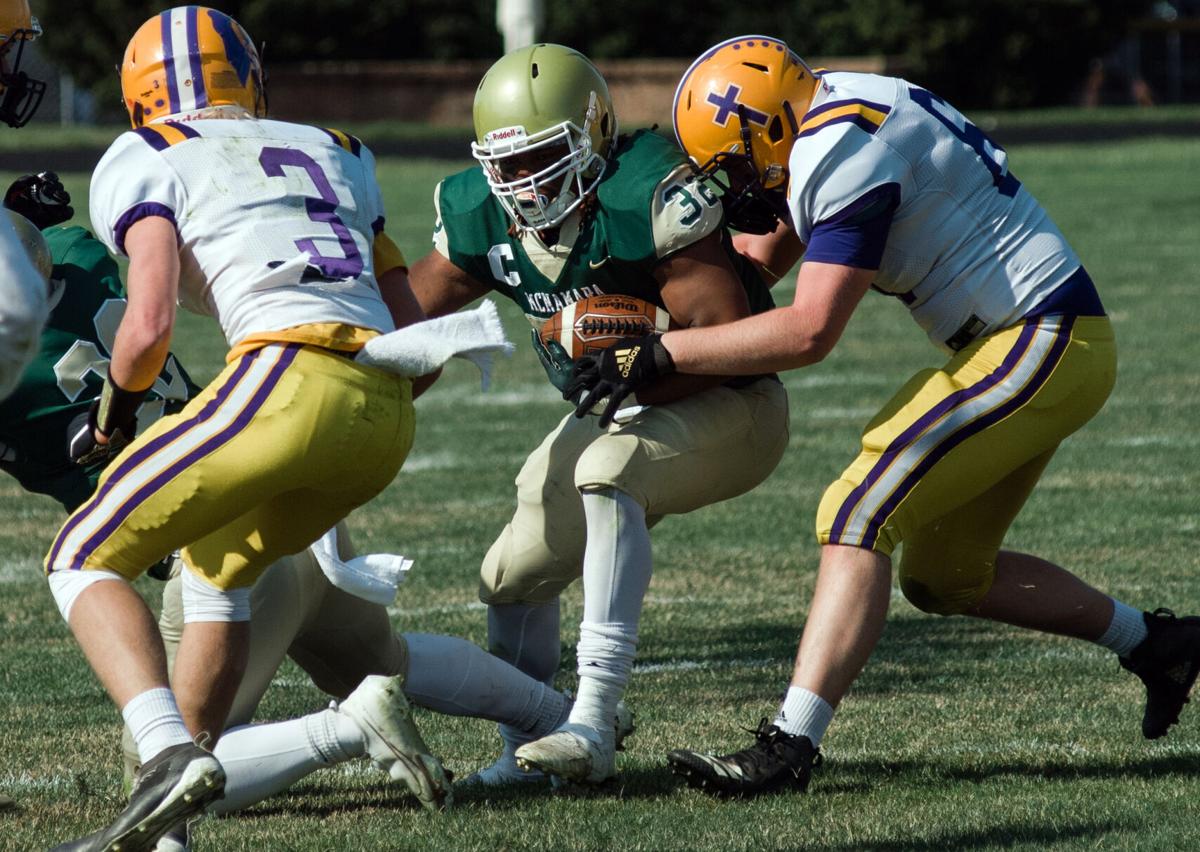 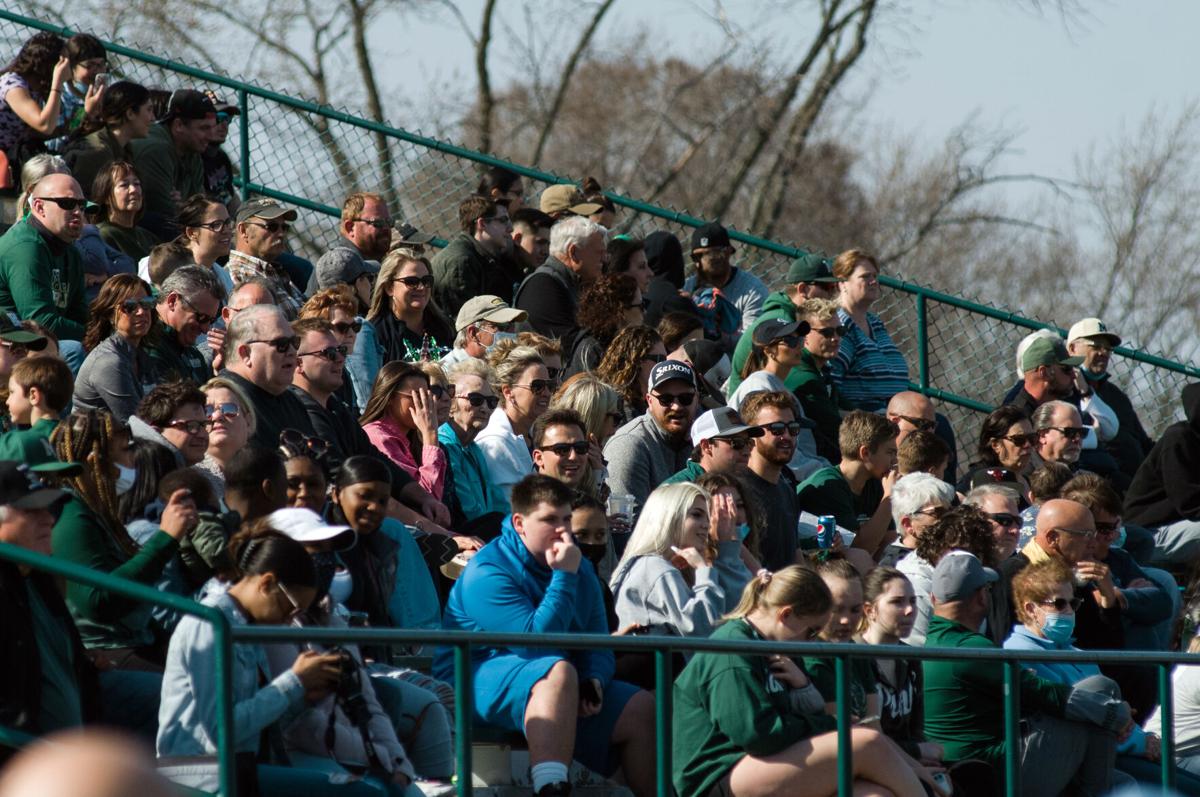 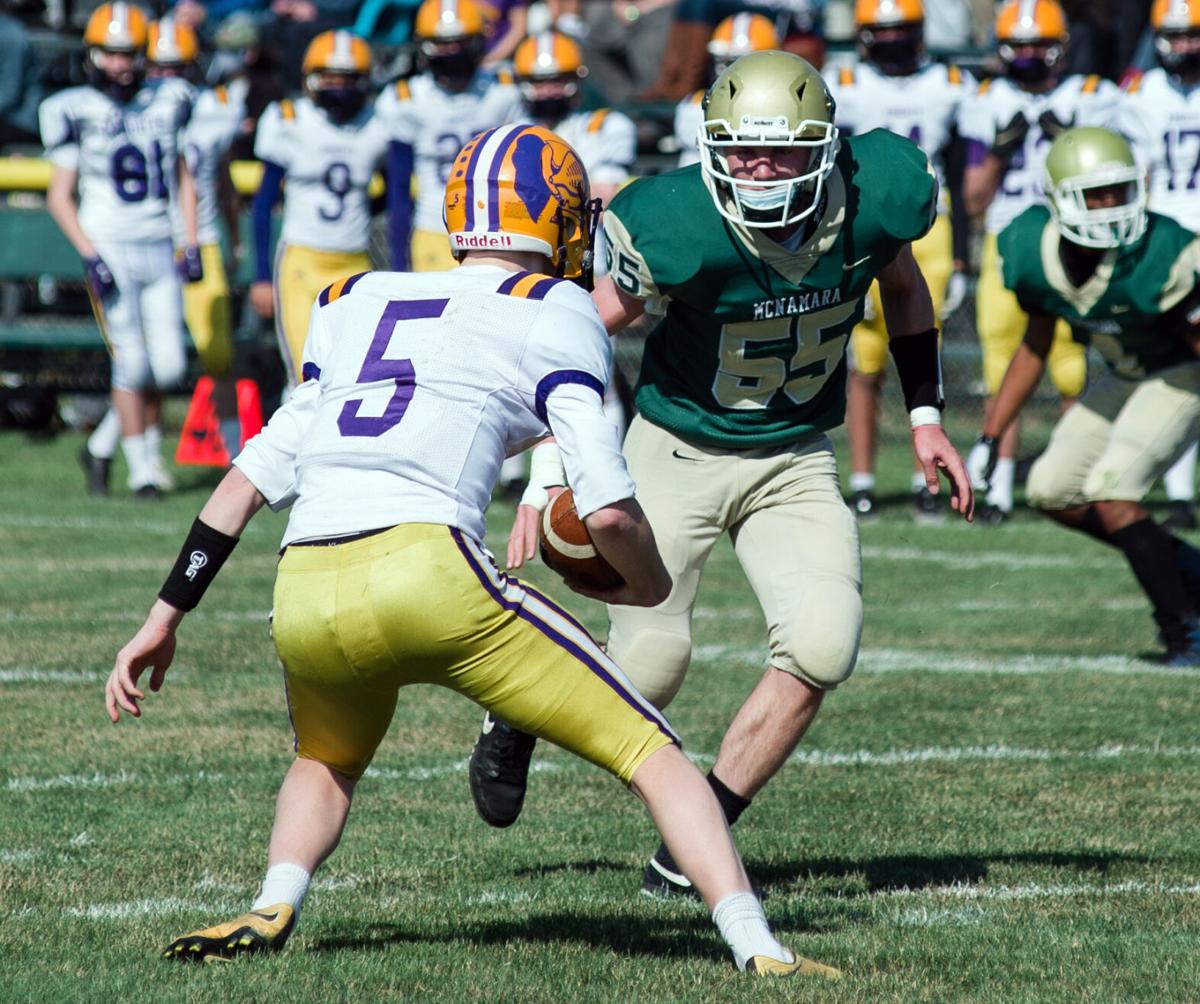 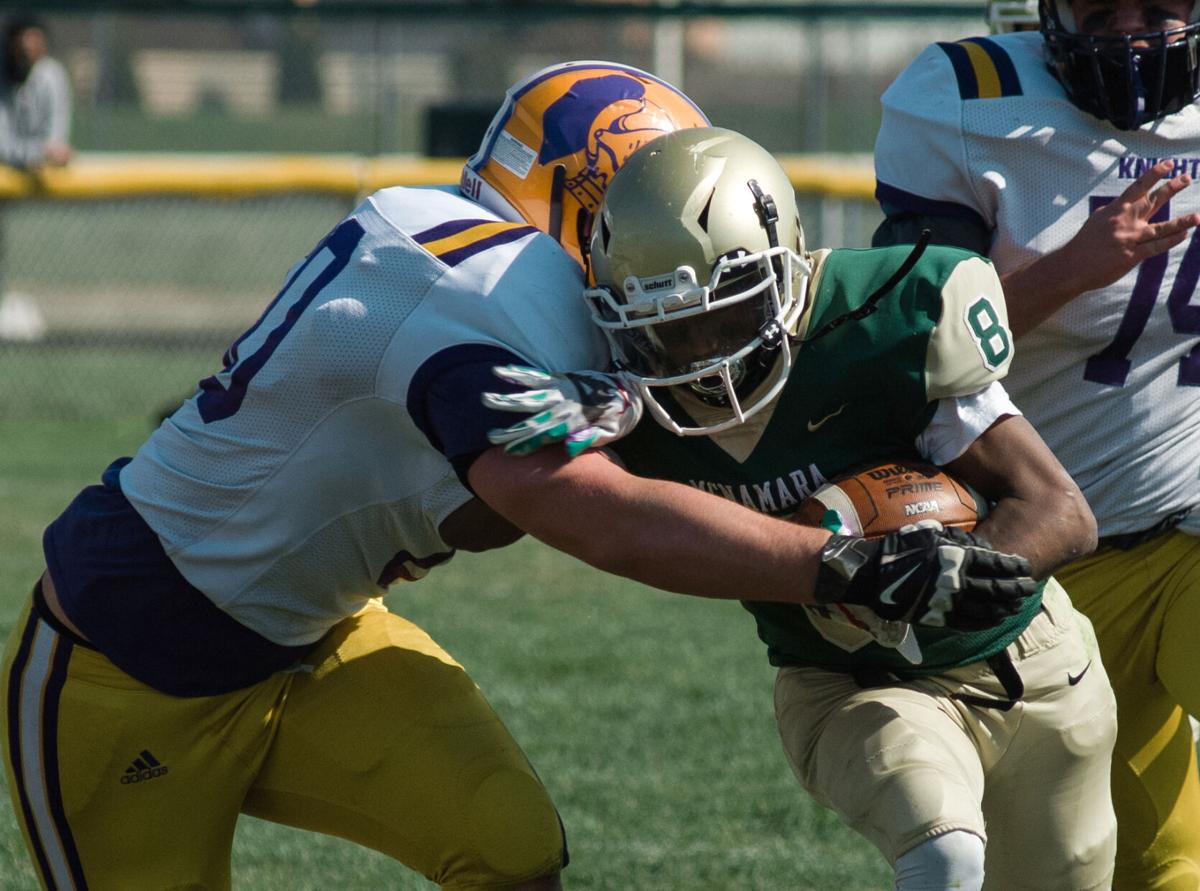 Bishop McNamara Catholic High School's Tony Philips carries the ball on a play as he is tackled by a Chicago Christian High School defensive player in Saturday's game at Mac. 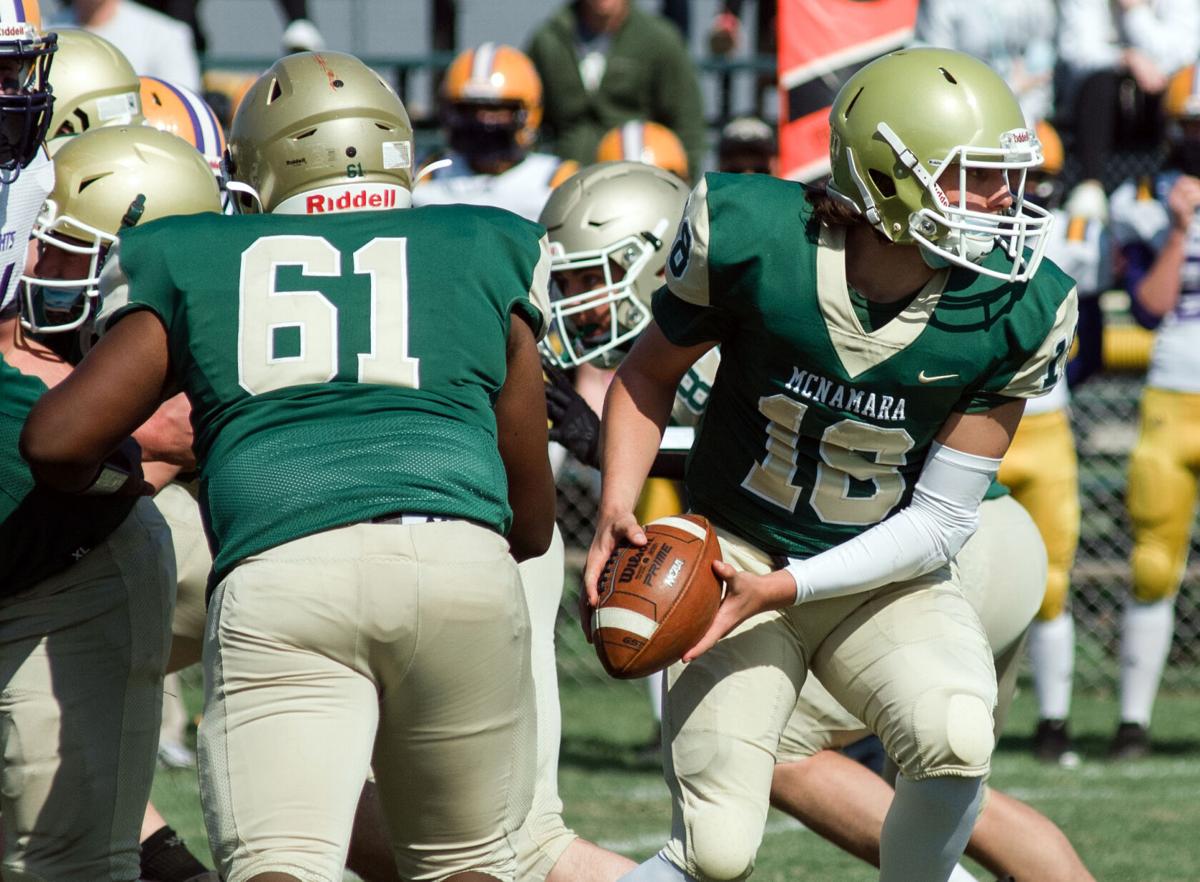 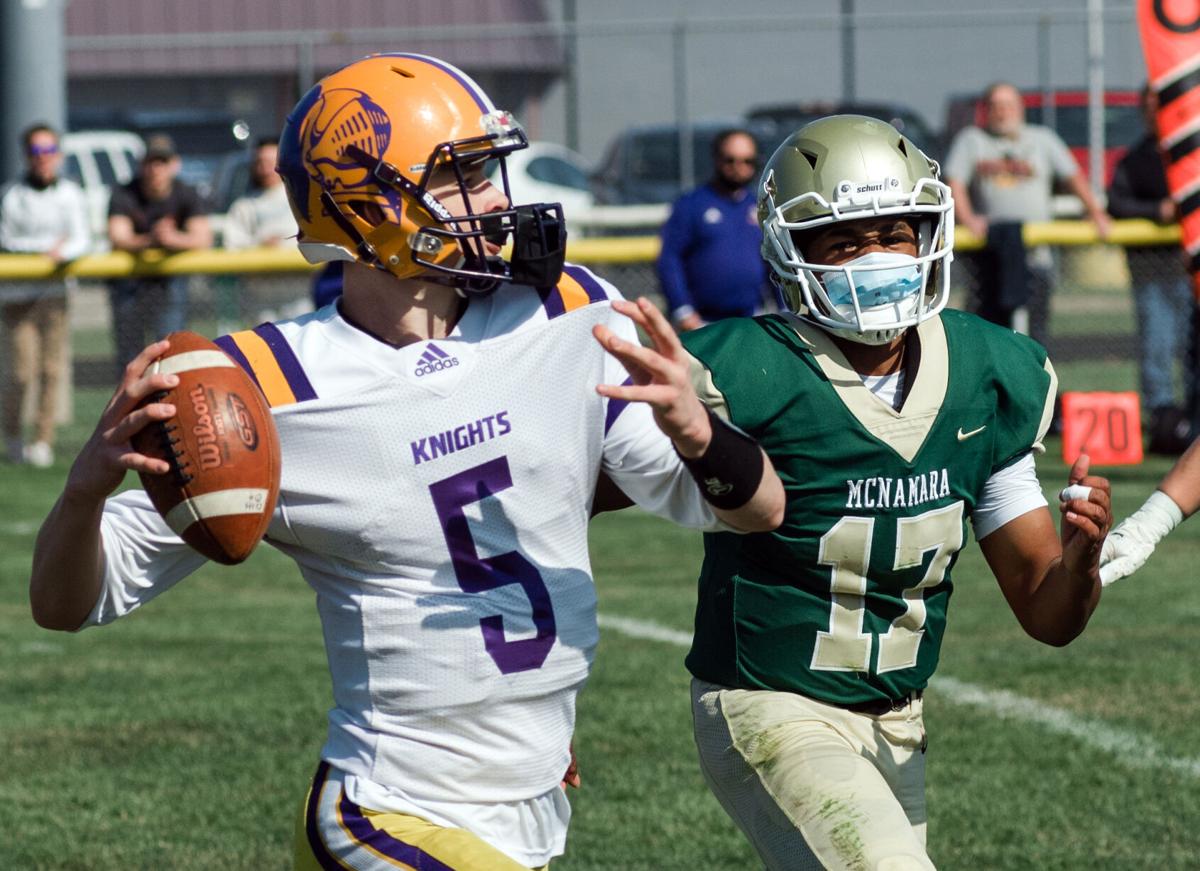 Bishop McNamara Catholic High School’s Jaydon Wright, center, carries the ball as he is brought down by the Chicago Christian High School’s defense in Saturday’s game at Mac.

Bishop McNamara Catholic High School's Tony Philips carries the ball on a play as he is tackled by a Chicago Christian High School defensive player in Saturday's game at Mac.

KANKAKEE — Despite being plagued by inexperience and injuries, the Bishop McNamara football clicked in all three phases of the game Saturday in a dominating 40-0 shutout win over previously unbeaten Chicago Christian.

The Irish improved to 2-1 overall with the win and 2-1 in the Metro Suburban Conference.

“I’m very pleased with this win. I thought we cleaned up some things we needed to clean up defensively,” said Hall of Fame head coach Rich Zinanni. “Chicago Christian has a good football team over there.

“They have some big, strong kids and a good quarterback and wide receivers and we played very well on defense,” he added. “Our run game is clicking and our passing game is coming on so I’m really happy overall.”

Senior captain Caleb Smith set the tone in the first quarter with a bruising six-yard touchdown run to give the Irish the early lead. The Roosevelt University football commit broke three tackles on his way to the endzone, giving the Irish a 7-0 lead.

“We called [the play] 26 Blast on that play and I was reading Jaydon Wright’s kickout block on the end,” Smith said. “The first guy I stiff-armed, and then I lowered my shoulder and bulldozed the rest of the way.”

Freshman phenom Tony Phillips dazzled for a 30-yard touchdown run later in the first quarter to extend the Irish lead to 13-0.

“Jaydon had a big block on that play that opened up the hole,” Phillips said, complementing his freshman fullback. “Our line also did a great job blocking the whole game. That was key for us.”

The Irish defense added a big takeaway at the end of the first quarter when Seven Keigher recovered a fumble to give Bishop McNamara complete momentum.

That eventually led to Phillips second touchdown of the night, a one-yard plunge with 6:34 remaining in the half to push the lead to 20-0.

Chicago Christian put together it’s best drive of the game at the end of the half, moving the ball deep into the red zone, but came away with no points thanks to a stingy Irish defense. Keigher made a touchdown-saving tackle on 3rd-and-goal before Smith intercepted a pass in his endzone to preserve the shutout.

“That interception was all instinct. I read the quarterback’s eyes, saw the slant coming my way, and just sat on it.” Smith said. “I thought I was gonna take it back for six.”

Phillips scored his third touchdown of the game in the third quarter, showing off his blend of speed, vision and elusiveness on a 39-yard touchdown scamper to make the score 27-0.

“At first the play was clogged up,” Phillips said. “But I got a nice second level block from Jaydon and Vito (Criswell) that helped spring that run.”

With the running game established and Chicago Christian packing the box, the Irish utilized the arm of Brady Bertrand to put the icing on the cake.

Bertrand connected with Colton Provost on a pair of scores from 66 yards and 25 yards out to give Bishop McNamara a clean 40-0 win.

“We did a great job running the ball tonight, so the defensive backs’ eyes were in the backfield a lot, cheating towards the run,” Provost said. “I knew I would have a step on my guy when we threw the ball.”

Wright led the team in rushing with 112 yards and a touchdown on 17 carries. Phillips was right behind his classmate with 111 yards and his three scores on nine carries. Bertrand was a perfect 5-for-5 for 155 yards and the two scores to Provost, who caught four of those passes for 151 yards.

The Irish host Elmwood Park Friday for their final home game of the season at 7 p.m.

Jay Lemenager ran for two touchdowns and then threw for four more as the Comets improved to 3-0 on the year.

The Kays pitched their first shutout of the year and got three total touchdowns from Aveon Pittman in their 35-0 victory Friday.