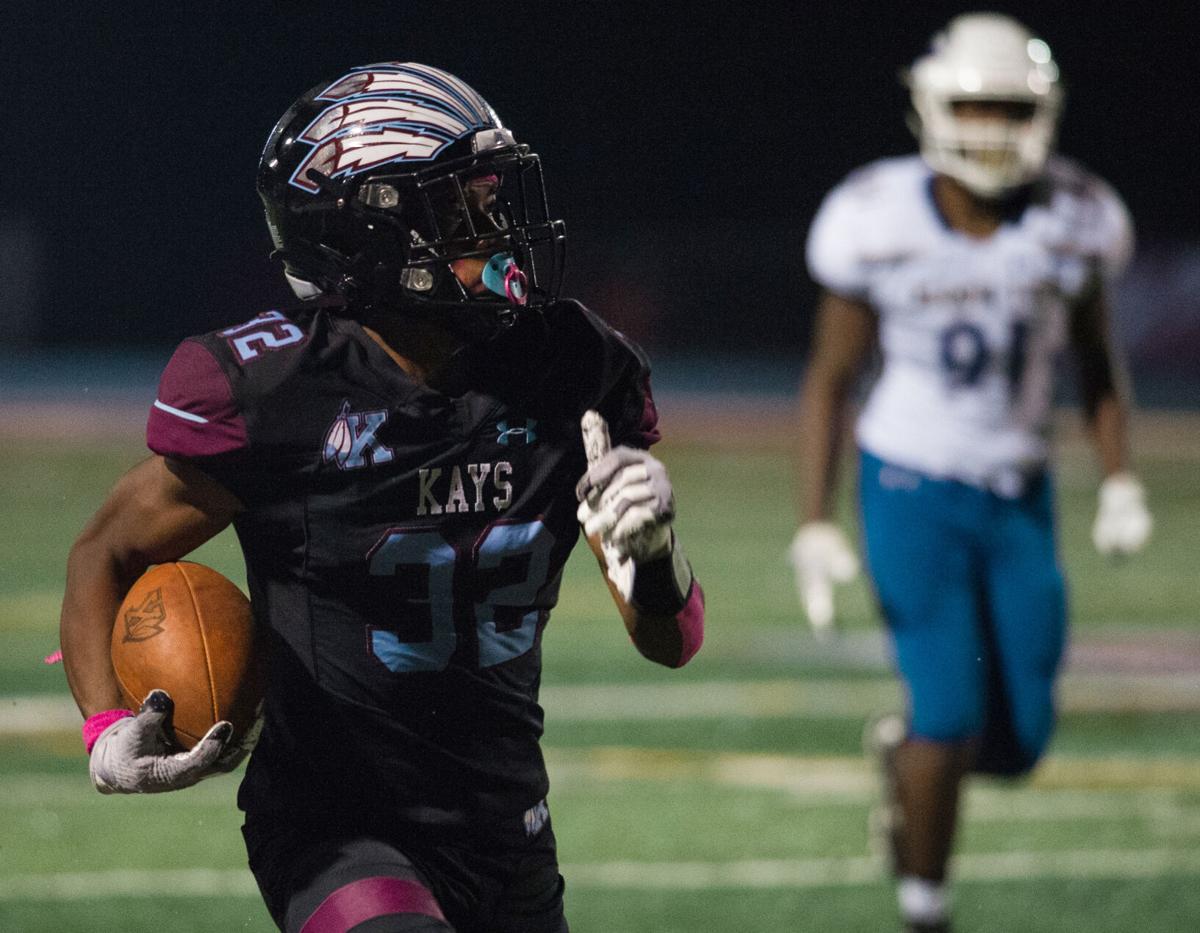 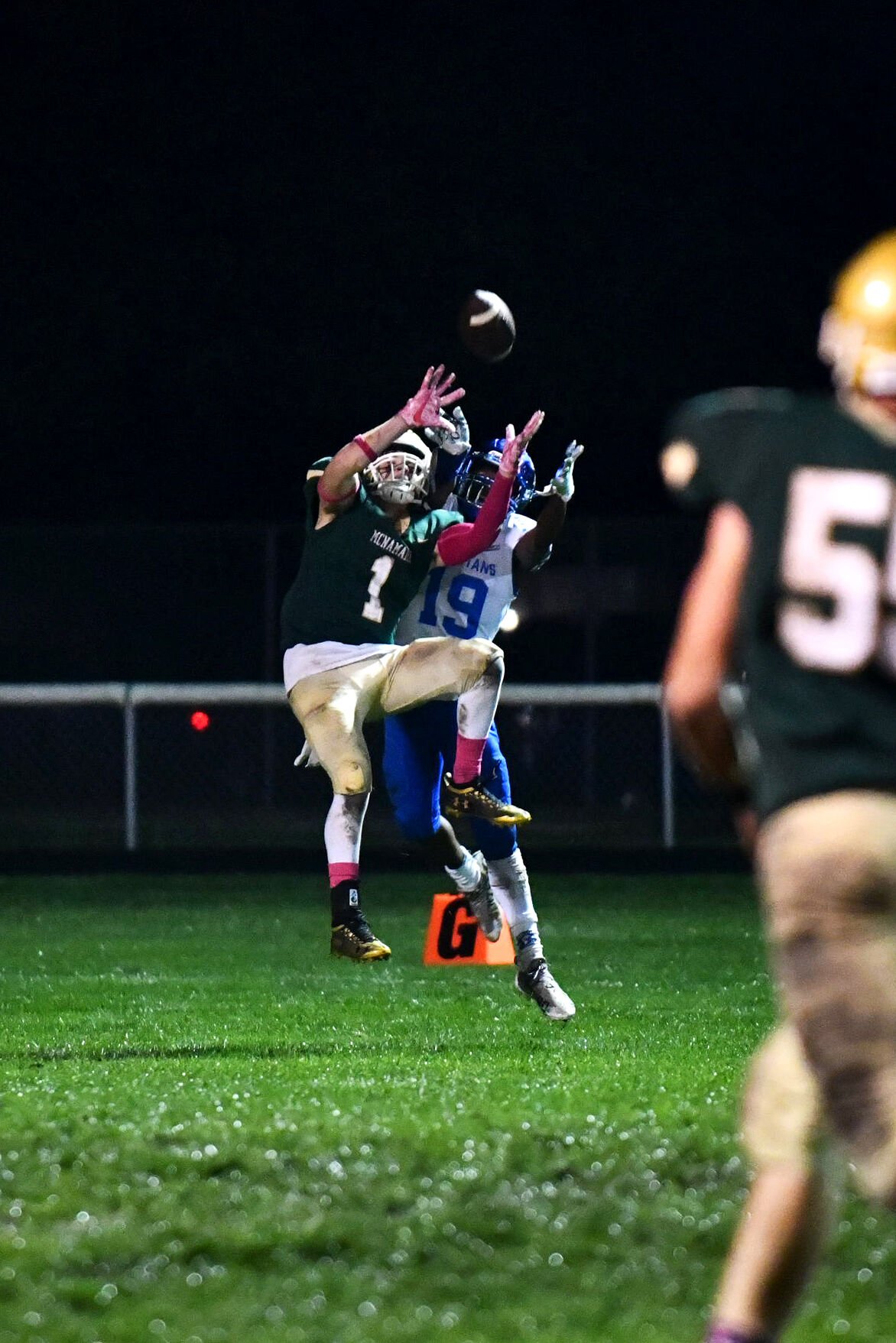 Preview: Riding high off of a three-touchdown upset against St. Francis last week, the Fightin' Irish will look to pull off another upset in Elmhurst on Friday and secure a fifth win to qualify for the postseason. Provost picked off a pair of passes and caught two touchdowns last week, and his ability to make plays down field helps keep defenses from stacking the box on a great ground game. Bilyard makes up for a lack of size with tremendous speed on the defensive interior and will look to throw off the Knights' offensive timing with pressure from the middle.

Preview: The Kays just keep rolling, and Thornton has trended in the opposite direction all season. An early start always is cause for concern in regard to a sluggish beginning to a game, particularly on the road, but even some early hiccups aren't likely to give the Kays much of an issue Friday. They know the last game of the regular season looms next week with Crete-Monee and will just hope to return from Thornton with an 8-0 record and all of their health.

Preview: The Boilermakers ran out of time in a mad dash during a 30-point comeback at Andrew last week and will come home for the final time this season in dire need of a win. Fortunately, they host a Stagg team that has lost by at least 30 points in each of its past three games (Editor's note: the Daily Journal mistakenly misidentified Stagg, rather than Sandburg, as the 3-4 team that had defeated Lincoln-Way East earlier this week). Allen has continued to grow as a blocker and receiver every week, and Malone's development as a corner has given the Boilers pretty solid depth in their secondary.

Preview: The Wildcats can begin to smell 9-0, but don't expect them to enter Friday's matchup anything less than laser-focused. The Bulldogs need a win to keep their playoff dreams alive, and Wilmington coach Jeff Reents has seen more than enough football to know how much of a driving factor that can be on a Friday night. But this Wilmington team has the trait many of the great ones before it has had, which is the ability and desire to go out and treat every play as if it's the most important of the season.

Preview: The Tigers had their hearts broken against Manteno last week and now will fight the last two weeks and hope to be a fortunate four-win playoff team. On the other side, the Blue Devils know they can secure their fifth and necessary win this week and don't want to have to sweat out a road trip to Lisle in the regular season finale to determine their fate. Back-to-back 7-0 losses for the Tigers show they're as tough a team as there is in the area but also that their depth issues are causing an offensive lapse. They won't need to set the world on fire against a Peotone offense that will look to control the clock, but getting enough against a respectable Blue Devil defense might be tough to achieve.

Preview: Similar to the Tigers, the Panthers are beginning a journey to get to four wins and then hoping they find one of the final 256 playoff spots, and they'll set out Friday against a team looking to get that attractive fifth win. The Panthers have put some defensive pieces together as of late, with guys such as Worobey and Yore in the front seven of that unit looking to key in on the ground-heavy approach the Lions employ. Worobey has built up plenty of experience by the stretch run of his senior year and will serve as a huge source of inspiration as the Panthers pray they can play their way into a playoff spot.

Preview: The Trojans got a week of rest and a forfeit win against Watseka on Friday, the same night the Raiders celebrated both their first playoff berth and win against Central for the first time in 15 years. Schacht eclipsed 1,000 yards on the season in that contest and will look to close the season out strong as Iroquois West prepares for postseason football this autumn. But they can't overlook anyone down the stretch, particularly a Trojans team that has seen a third of its season canceled and has several weeks' worth of fuel for Friday.

Preview: The Comets took a rare loss to their rivals from Gilman last week and will be anxious to get back on the field Friday and get back in the win column. That might be easier said than done against a sneaky 2-5 Seneca squad that was a touchdown away from upsetting Momence on the road last week. But the Comets know they're still well in the race for the first-ever Vermillion Valley Football Alliance North Division crown, but they have to earn a victory Friday to keep those hopes alive before a season finale with Momence, which will be taking a forfeit victory against Watseka this week.

Preview: The Bearcats continue their recent tear and essentially can wrap up a spot in the 16-team Illinois 8-Man Football Association playoff field with a victory Saturday night. Their offense has shown great diversity with Sawyer Lafoon under center, with several players making chunk plays in the backfield and out wide, Kaeb one of several of them. Randalls has been a leader of a secondary that figures to be plenty busy Saturday, should the offense continue its recent run of dominance and get on the board early.