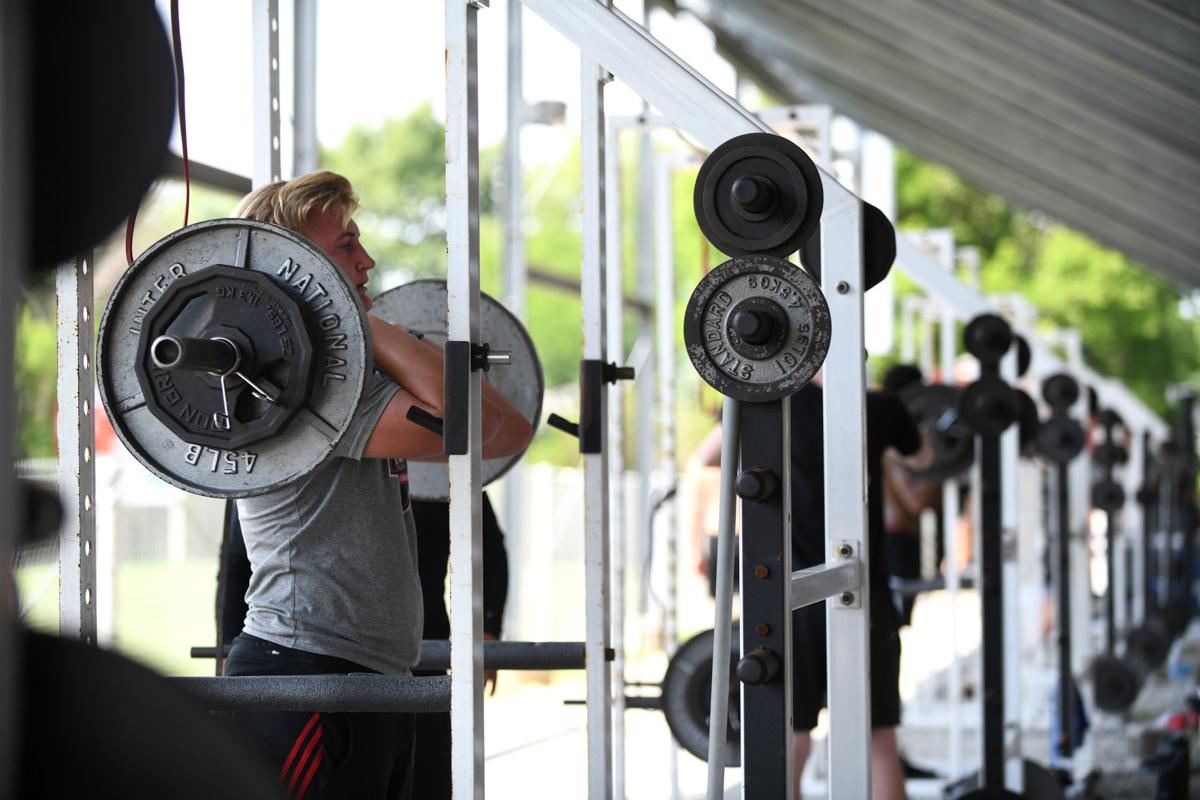 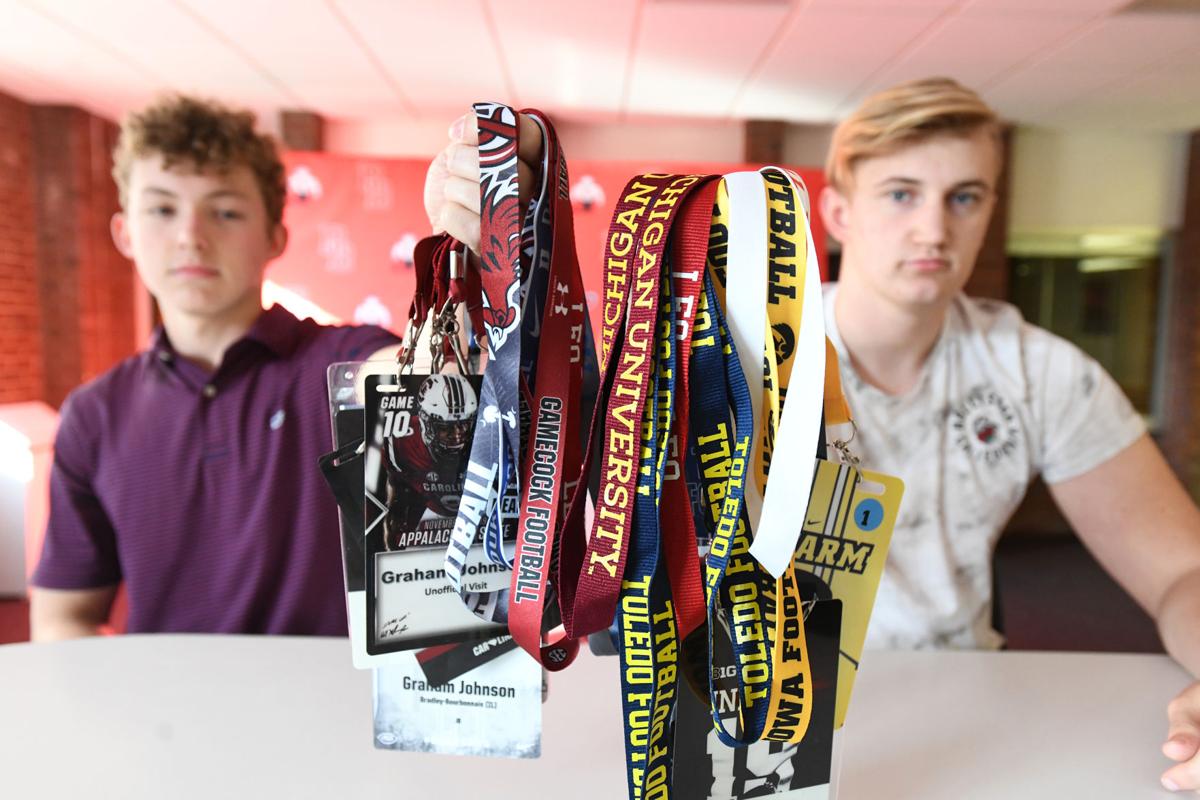 Unlike a majority of local student-athletes who will be going on to play sports at an NCAA Division I college next fall, Bradley-Bourbonnais senior punter and kicker Collyn Hopkins had to weigh his options a little bit differently.

He’s ranked as the No. 1 national kicker in his class with a five-star assessment on nationalkickerrankings.com, as well as having a Top-10 ranking in both kicking and punting categories, according to Kornblue Kicking, one of the more highly regarded professional kicking camps and services in the country.

These feats have resulted in Hopkins being highly coveted across the country, earning the senior specialist 17 scholarship offers from various football programs.

Hopkins’ offers came from coast to coast, but it’s the West Coast he will call home after committing to San Diego State University on Wednesday.

“I’m definitely really excited to play at San Diego State,” Hopkins said. “It’s definitely been a really long recruiting journey, and it’s been very long going through offers, so I’m just happy to have come to a decision and be done with the recruiting process and have somewhere to call home.”

The future mechanical engineering major only had been in contact with the Aztec Warrior football coaching staff for the past three or four months. However, in that short time, he fell in love with everything at SDSU, from the coaches to the warm weather of California.

“San Diego State has a really great program,” Hopkins said. “They have been going to bowl games for the last 10 years now, and I’ve built a great relationship with some coaches there. I talked to the head coach a couple of days ago, and I just felt right at home. They have a great special teams over there.”

Although Hopkins is a highly touted recruit coming out of Bourbonnais, he did note his recruiting process is different from other positions such as quarterback or defensive line.

“My recruiting process as a specialist started later than most because we are a lot further behind than other positions,” Hopkins said. “So, my first offer came about seven or eight months ago now, and then all the recruiting process — talking to coaches, posting film etc. — and getting after all that stuff has only been going on for about the last year and a half.”

Hopkins eventually was presented with numerous opportunities to play all over the country. Yet, some of those were pulled because of the NCAA Eligibility Relief offered because of COVID-19, which allows college seniors to return for an extra year. This extra year of eligibility for student-athletes forced Hopkins to have to re-evaluate his decision process because some the schools he was looking at opted to stay with their longtime kickers and punters.

Hopkins took all the time necessary to come to a conclusion on his decision for fall 2021.

“I was weighing out all my options, of course,” Hopkins said. “I was in between a few schools, and I just really wanted to break it all down, see what was best for me and my family and where I wanted to go and where I could get a good degree at.

“That all weighed into my options, and so I thought San Diego State was the best place for me.”

Along with looking forward to being able to meet his new team and coaching staff in-person, Hopkins has set some high goals for his freshman season next fall.

“My goals for freshman year are to be starting and be at least averaging 40-yard punts,” Hopkins said. “I’m hoping to be at the top of the conference in the Mountain West.”

Hopkins will look to bring a strong leg to the Aztec Warriors, as he punts about 44 yards on average, with his longest punt going 67 yards last season during his junior year of high school for the Boilermakers.

“San Diego State is getting a player [who] will work as hard as anybody that they ever had,” said Dave Nelson, BBCHS special teams coach. “He wants to be the best he could possibly be. … Hopkins, I believe, will go into SDSU like a bulldog.”

Hopkins will enroll early and opt out of any chance to play his senior season at BBCHS. He is set to report to his new squad and school Jan. 18.

“This was something that was definitely planned ahead,” Hopkins said. “For me, I thought it was a better decision to get to the school and get acclimated to everything and everyone before hopping in right in [in] the fall.”

Hopkin’ decision to enroll early will give him a jump start over his competition. He wants to get used to classes, workouts and practices before season starts so he isn’t overwhelmed.

Even though he’ll be away from his team and coaches for his final year, Nelson already got two quality years in with one of his finest mentees.

“Going into his sophomore year, he wanted to learn how to be a kicker and from that point on he really started working on it,” Nelson said. “He studied, talked to people, listened to the coaches and got better and better and better.

“He has blossomed into a fine athlete, but his work ethic is something else,” Nelson added. “He goes after it and works hard in the weight room, and so there are very few people who have put in the amount of work that he has.”