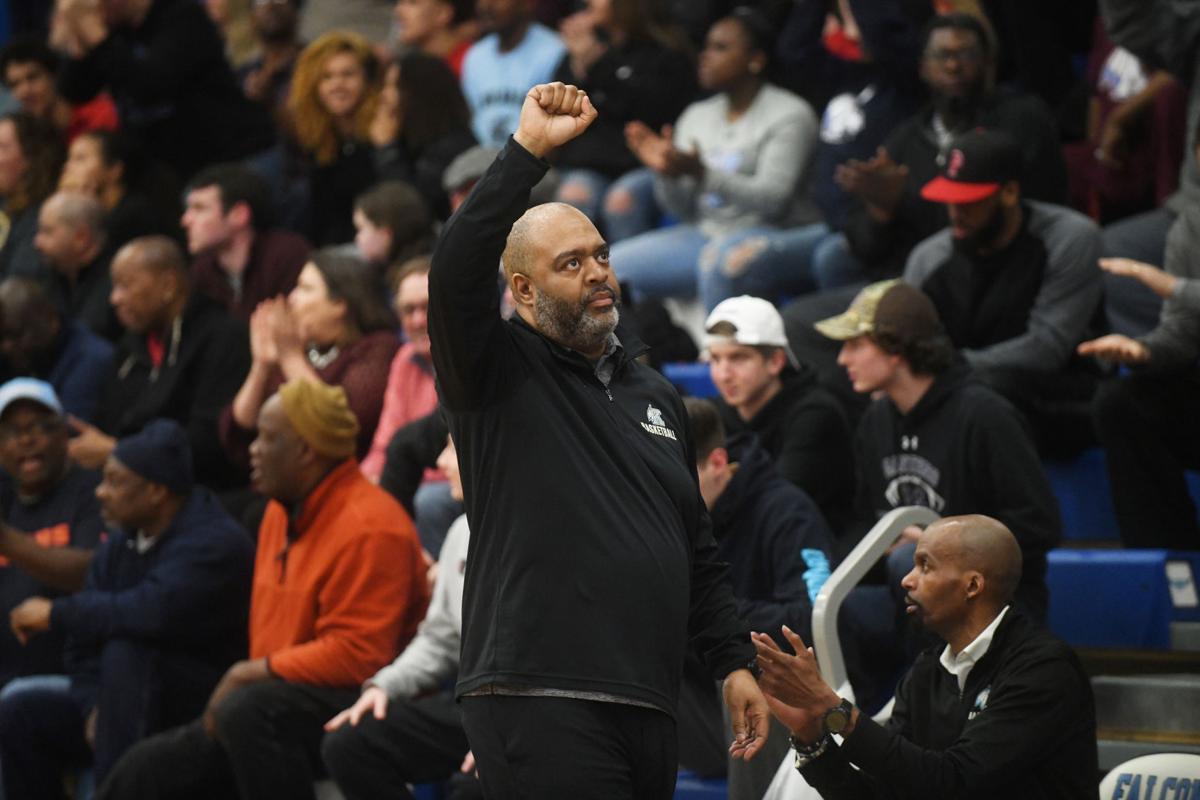 Kankakee basketball coach Chris Pickett celebrates his team’s lead during the Kays’ 72-51 victory against Oak Forest in the IHSA Class 3A Thornridge Sectional semifinal. Pickett was one of eight area coaches at three different levels to earn Illinois Basketball Coaches Association Coach of the Year honors. 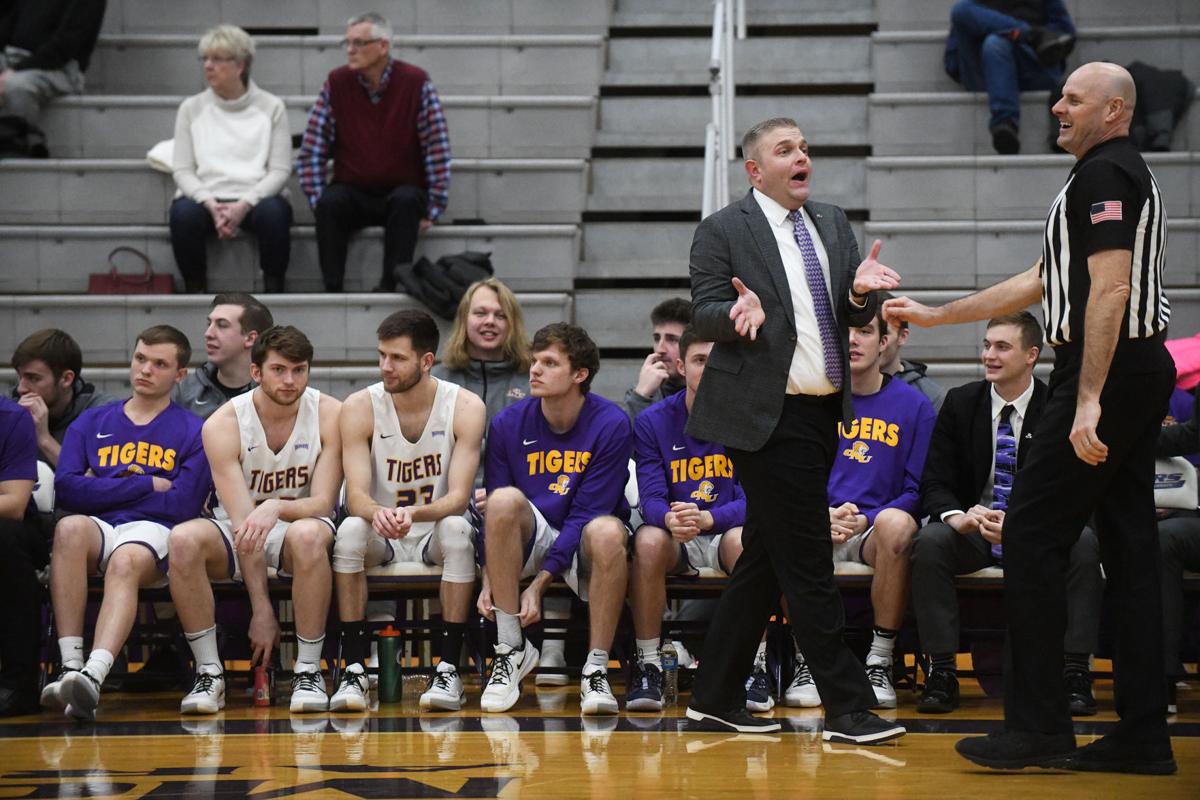 Olivet head coach Nick Birkey reasons with the referee during a Tigers victory this season. Birkey and ONU women's coach Lauren Glenn both were honored as Illinois Basketball Coaches Association Coaches of the Year. 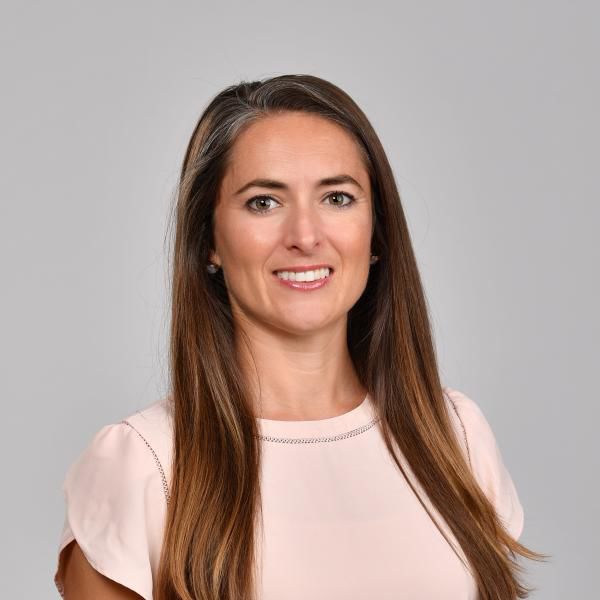 Kankakee basketball coach Chris Pickett celebrates his team’s lead during the Kays’ 72-51 victory against Oak Forest in the IHSA Class 3A Thornridge Sectional semifinal. Pickett was one of eight area coaches at three different levels to earn Illinois Basketball Coaches Association Coach of the Year honors.

Olivet head coach Nick Birkey reasons with the referee during a Tigers victory this season. Birkey and ONU women's coach Lauren Glenn both were honored as Illinois Basketball Coaches Association Coaches of the Year.

Three college coaches, two high school coaches and three middle school coaches were honored officially this week for their achievements during the 2019-20 season.

The Illinois Basketball Coaches Association released its list of 2019-20 Coach of the Year honors, which is divided into six groups — men’s and women’s college, boys and girls high school and boys and girls middle school.

At the collegiate level, Olivet Nazarene University men’s coach Nick Birkey and women’s coach Lauren Glenn were honored by the IBCA, along with Donnie Denson, of Kankakee Community College.

Birkey has hit the ground running since becoming just the fourth head coach in program history a little more than a year ago, when he stepped in after the death of program legend Ralph Hodge.

In his second season, the Tigers once again reached the men’s national tournament, which was canceled because of the COVID-19 pandemic just minutes before their first-round game was set to start. The Tigers finished with the best record in school history after compiling a 30-3 record, which included two separate 12-game win streaks. They went on to win the Chicagoland Collegiate Athletic Conference regular season title as well, helping Birkey claim his second ICBA award in as many years.

But Birkey was quick to toss the credit to his players and their success on the court for his award won in the coaching box.

“Coaching awards are, in a lot of ways, player awards,” Birkley said. “If we don’t have the team success we have, then I don’t even get considered for this award. So, a lot of credit goes to them and what they were able to do.”

Glenn helped the Tigers record their eighth 20-win season in eight seasons as coach, as the 2019-20 squad finished with a 22-10 record.

They concluded their season as the No. 24-ranked team in the final 2019-20 NAIA Division II Women’s Basketball Coaches’ Top 25 Poll and ended their season in the opening round of the NAIA Women’s National Championship.

The IBCA award almost has become routine at this point for Glenn, as this marks her fifth season in a row winning the award. Glenn could not be reached for comment.

Just like Glenn, Denson has made it a yearly routine of winning an IBCA award. This season helped Denson secure his 14th IBCA award after guiding KCC to a 23-7 overall record, which included winning their National Junior College Athletic Association Division II, Region IV championship.

Their regional championship win helped give KCC an automatic bid to the NAIA Division II Women’s Basketball Championship before it too got canceled because of the coronavirus.

Denson said the women on the court were responsible for his shine.

“It feels good; the players are the ones that actually win the award. If it wasn’t for their efforts, I wouldn’t receive an IBCA award,” Denson said. “So, it’s nice in a sense that I received the award, but on the other hand, the way the season ended, it’s also kind of bitter.”

Although the KCC girls basketball program had to cut its season short, it marks the fourth time in the past six years Denson has received IBCA honors.

Pickett led the Kays to the most wins in a season in program history, compiling a 27-4 record before making it to their second IHSA Class 3A Sweet Sixteen in the past three seasons. Their sectional title game against Morgan Park was postponed and eventually canceled.

“It’s an honor because it’s a reflection of the success we had as a team,” Pickett said. “We are big on developing our guys on and off the court. … When it comes to basketball, it’s all about winning.”

It’s his fourth time receiving the honor and second since becoming the head coach of Kankakee three years ago. In his three seasons as a Kay, Pickett has recorded an impressive 70-19 overall record to go along with two regional titles.

As for the Panthers, they made it all the way to the Sweet Sixteen in Class 1A this season under Leigh’s guidance. They finished 28-5 overall, winning multiple tournaments along the way, as this year’s senior-laden group, joined by River Valley Conference Player of the Year junior Abby Beck, has been known to do.

“I know that there are a lot of people who have been honored with an IBCA award,” Leigh said. “So, I’m pretty honored and humbled to be among their ranks now in that category. It was something I definitely wasn’t expecting.”

Rightfully so, it was Leigh’s first IBCA award after spending the last decade in Gardner.

Additionally, three middle school coaches from the area also were honored. In boys basketball, Kenneth Thomas, of Kankakee, was the only local boys coach to be selected. Two girls coaches — Anthony Videka and Katie Schade — from Cissna Park made the list.

Thomas led Kankakee’s seventh grade boys squad to a near-perfect record. They finished the season 21-1 overall with their only loss coming in the IESA Seventh Grade Class 4A State Tournament Championship.

“It feels pretty good; this is actually my second coach-of-the-year award in four years,” Thomas said. “The kids work hard, and I’m really proud of my boys for putting in the work and following the blue print.”

Thomas’ first IBCA award came four years ago, when he was a girls coach at Lorenzo Smith Middle School in Hopkins Park.

Videka led the seventh-grade Cissna Park girls team to have one of their most dominant seasons ever. They remained perfect during the regular season, which helped them secure a conference title. Cissna Park finished the year with an impressive 22-1 record after falling in the first round of the state tournament.

“It’s pretty cool to be honored,” Videka said. “Really a lot of the credit should go to the girls because we had a pretty good team. Our girls put in a lot of work.”

It is also Videka’s second straight year being honored at the middle school level. He also has won the honor twice as Cissna Park’s head girls coach at the high school level in previous years.

Videka’s colleague, Schade, helped lead the Cissna Park eighth-grade girls team to its second straight year competing in the state tournament. She guided the girls’ team to a fourth-place finish in the state after totaling a 19-5 overall record.

“It feels pretty awesome, but I attribute it all to the girls,” Schade said. “They did all the work, and I just did the behind the scenes stuff.”

Unlike her assistant Videka, this is Schade’s first IBCA award.