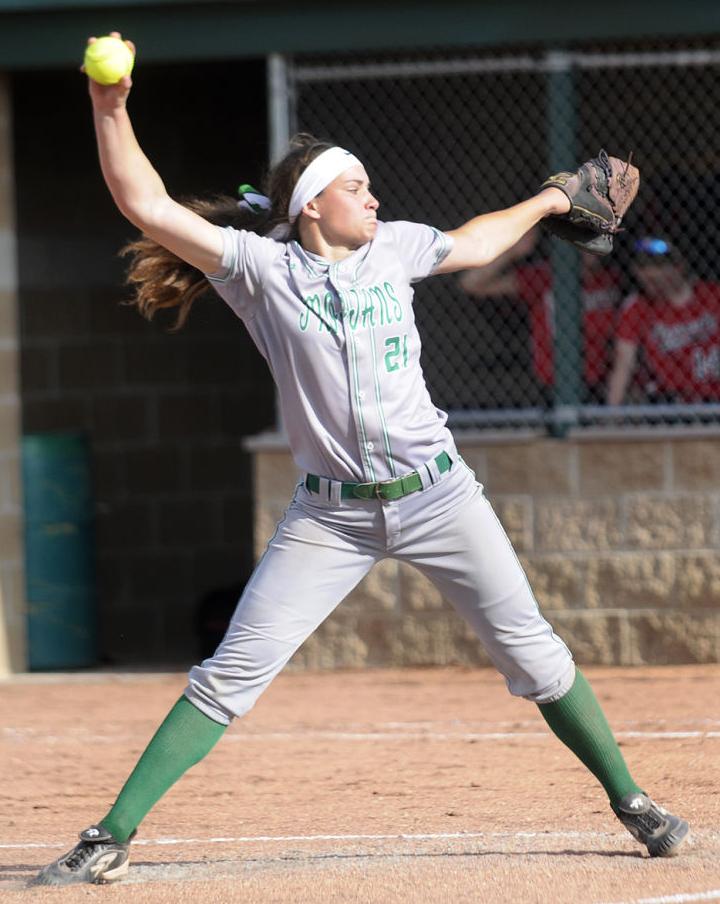 Dwight’s Abby Edwards throws a pitch during Tuesday’s Class 1A sectional semifinal against Heyworth. After 223 innings and 219 strikeouts, Edwards, alongside three of her teammates, was named first-team SVC. 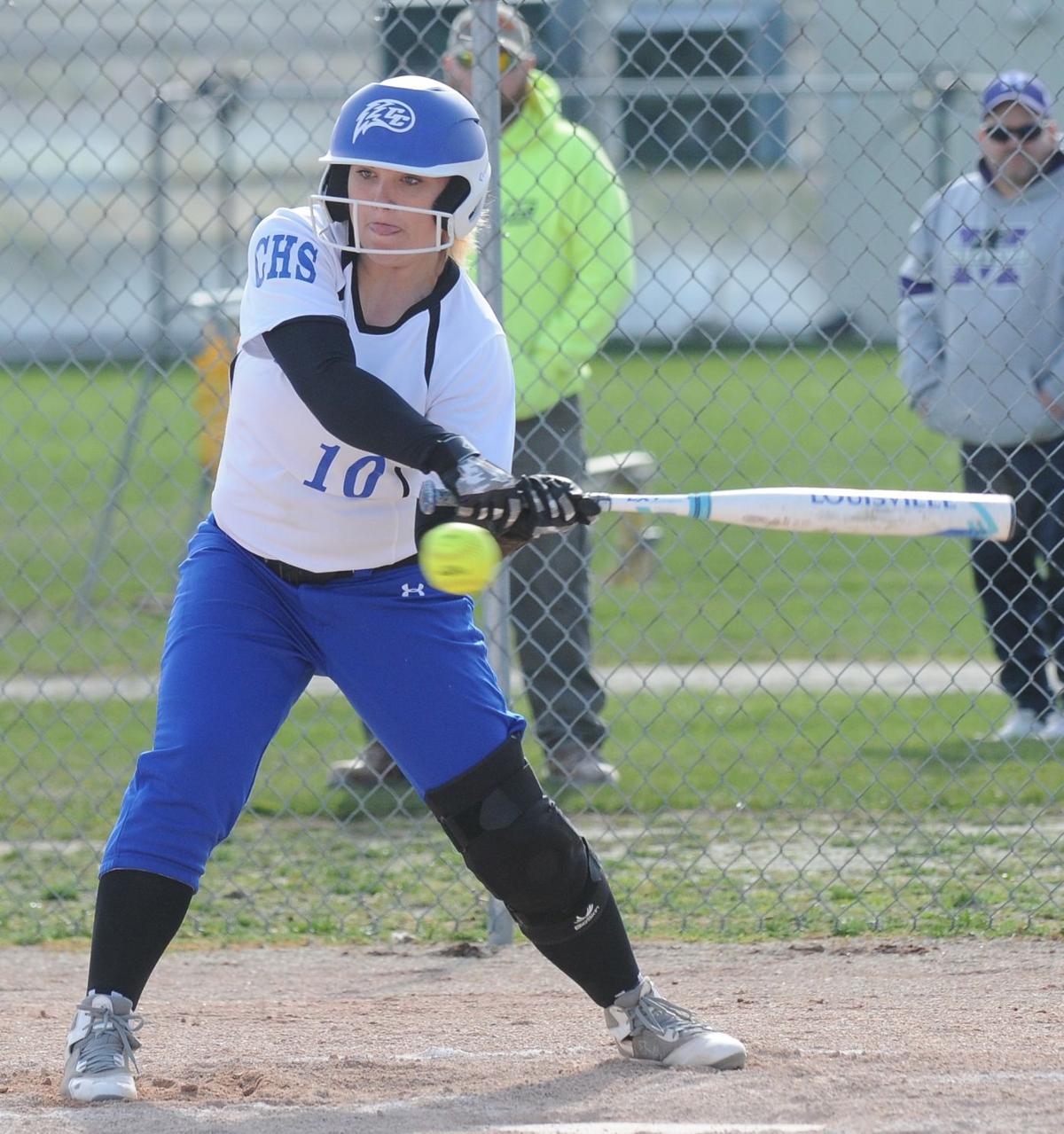 Central’s Gabriella Griffith makes contact with a pitch during the first inning of a 17-6 loss to Manteno. Griffth was named first-team SVC after batting .413 this season.

Dwight’s Abby Edwards throws a pitch during Tuesday’s Class 1A sectional semifinal against Heyworth. After 223 innings and 219 strikeouts, Edwards, alongside three of her teammates, was named first-team SVC.

Central’s Gabriella Griffith makes contact with a pitch during the first inning of a 17-6 loss to Manteno. Griffth was named first-team SVC after batting .413 this season.

After a thrilling softball season inside the Sangamon Valley Conference, the SVC officially came out with its all-conference teams to honor those who went above and beyond in the field of play.

Edwards’ dominance in the SVC and Class 1A has come to an end but not before she finished the season batting a ridiculous .581 with eight doubles; 11 long balls, tied for best in the area, and 43 RBIs.

Macey Rodosky had the advantage of batting behind Edwards, finishing her final season in Trojan green with a .494 batting average alongside five homers and team-highs of 11 doubles and 53 RBIs.

Any mess Rodosky couldn’t clean up, Kaitlyn Masching was right there to help her out. Masching completed her season with a .430 batting average alongside three homers, eight doubles and 44 RBIs.

Katy Edwards was the final Trojan to get her name selected to first-team. She rounded out her season with a .505 average with three homers, nine doubles and 19 RBIs.

Harris was usually the best player on the field. After not being able to pitch for two weeks with shoulder issues, she returned to the circle and went 15-1 while striking out 172 batters and finishing with a 2.45 ERA.

The junior force continued her reign of terror at the dish, batting .400 with eight long balls and 40 RBIs.

Bauer’s production at the plate took another step forward as she ripped the cover off balls repeatedly with a .537 batting average alongside 12 doubles, five homers and 36 RBIs.

Both players return for one final season with the SVC crown on their minds.

Cramer’s knack for finding ways to get on base and score was of the utmost importance for the Warriors. She finished her final season batting .506 with 18 RBIs and 40 stolen bases.

She graduates as Watseka’s career leader in stolen bases and runs scored.

Central’s Kaylee Ketcherside and Gabriella Griffith found themselves on first-team after an 11-14 season from the Comets.

Ketcherside, just a freshman, established herself as the future of Comets softball after batting .507 with five doubles, three triples, 31 runs scored and 21 RBIs. She also was a Swiss-Army knife, playing center field, shortstop, second base and pitching on occasion.

Griffith was one of the toughest outs in conference play, striking out just one time on the season. She batted .413 with six doubles, a pair of triples and nine RBIs.

Leading the charge for Momence on first-team was Matti Lanie and Kaitlyn Piekarczyk.

Lanie was tasked with shouldering a big load for the Redskins and did it effortlessly, as she batted .507 with nine doubles, nine triples, a pair of long balls and 14 RBIs. She also scored 35 times.

Piekarczyk, a freshman, proved she will be a force to be reckoned with for the next three years after a season in which she batted .537 with three homers, 15 doubles and 23 RBIs.

Finishing up the first-team SVC list is South Newton’s duo of Jaimie Diedam and Shanelle Embery, with P-B-L’s Cassidi Nuckols and Baylee Cosgrove.

Highlighting the second-team SVC list is a pair of Comets in McKenna Goldtrap and Alexis Waller.

Rounding out the rest of the second-team list is Momence’s Brooke Kelly with South Newton’s Maylah Embry and Hayley Warne.