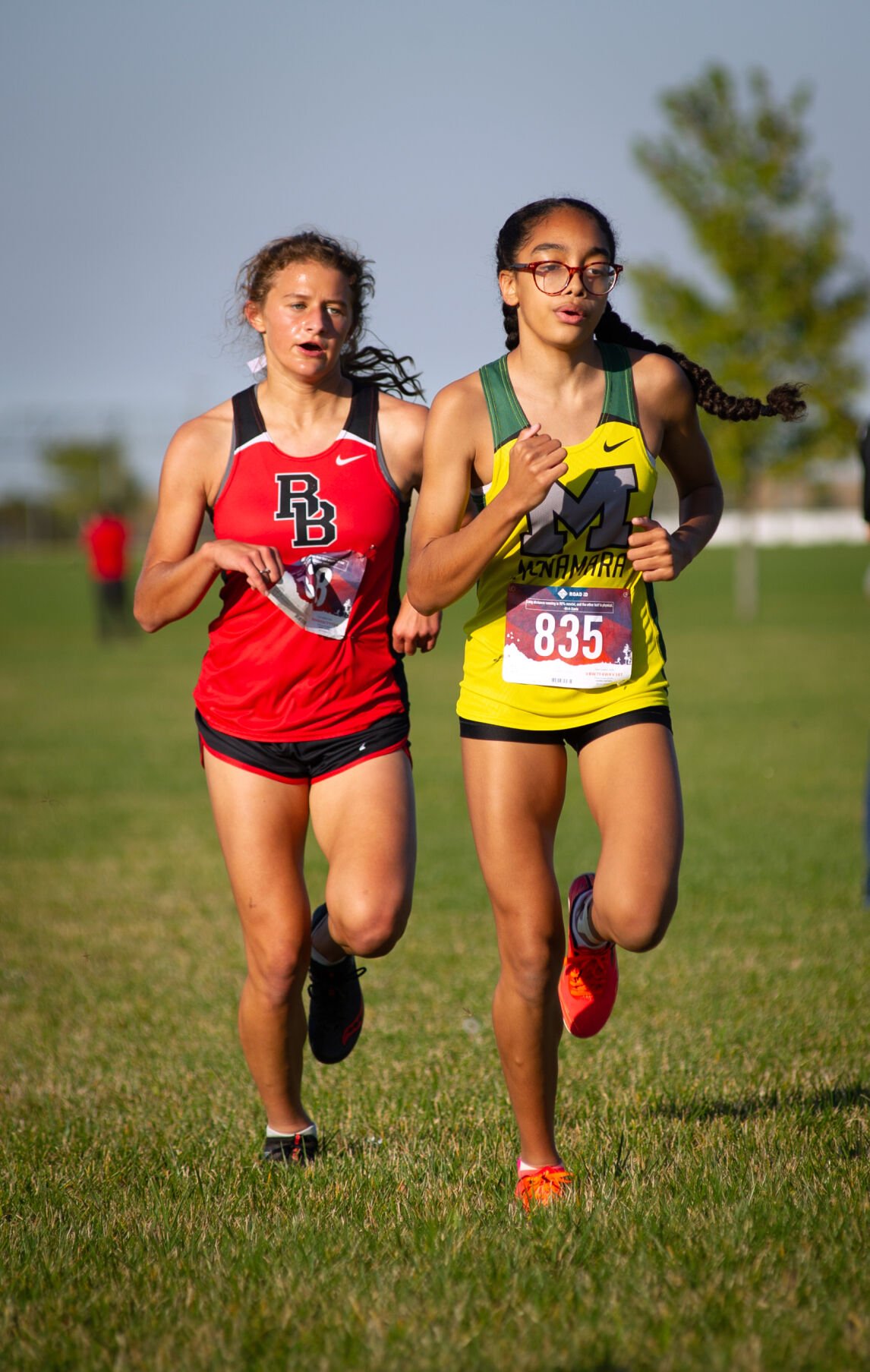 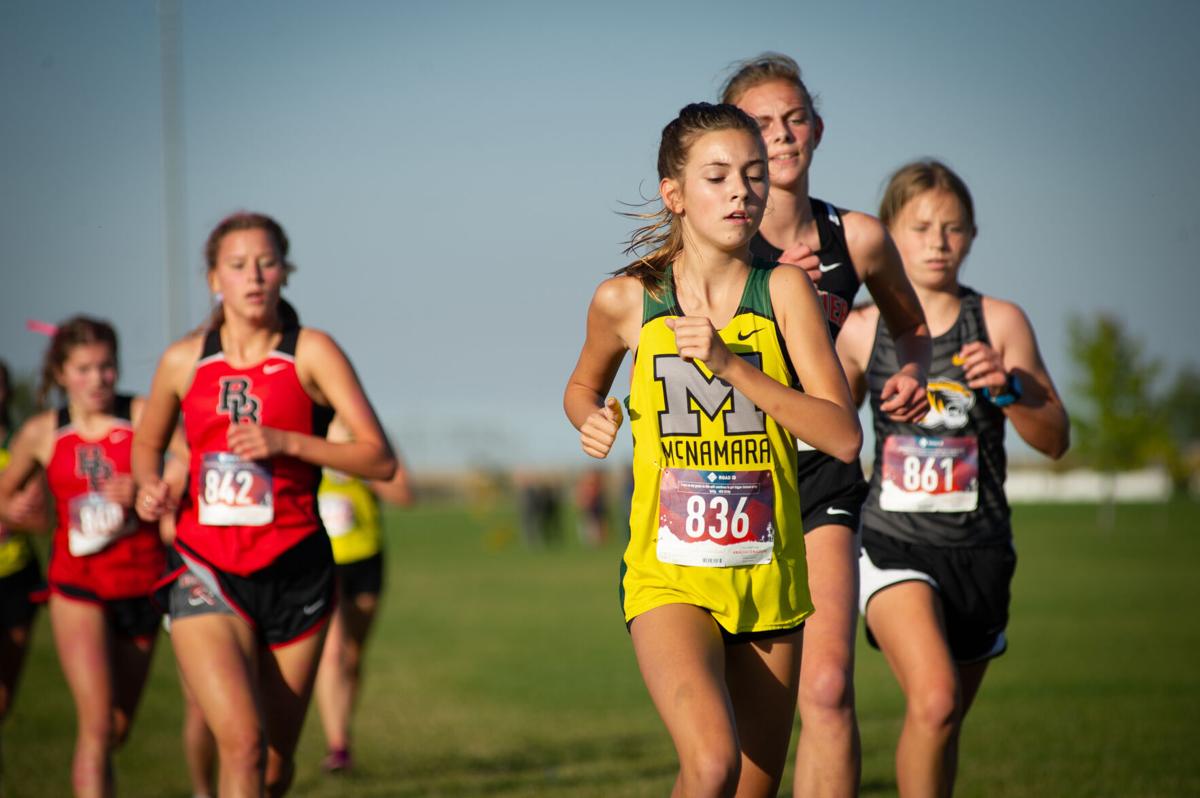 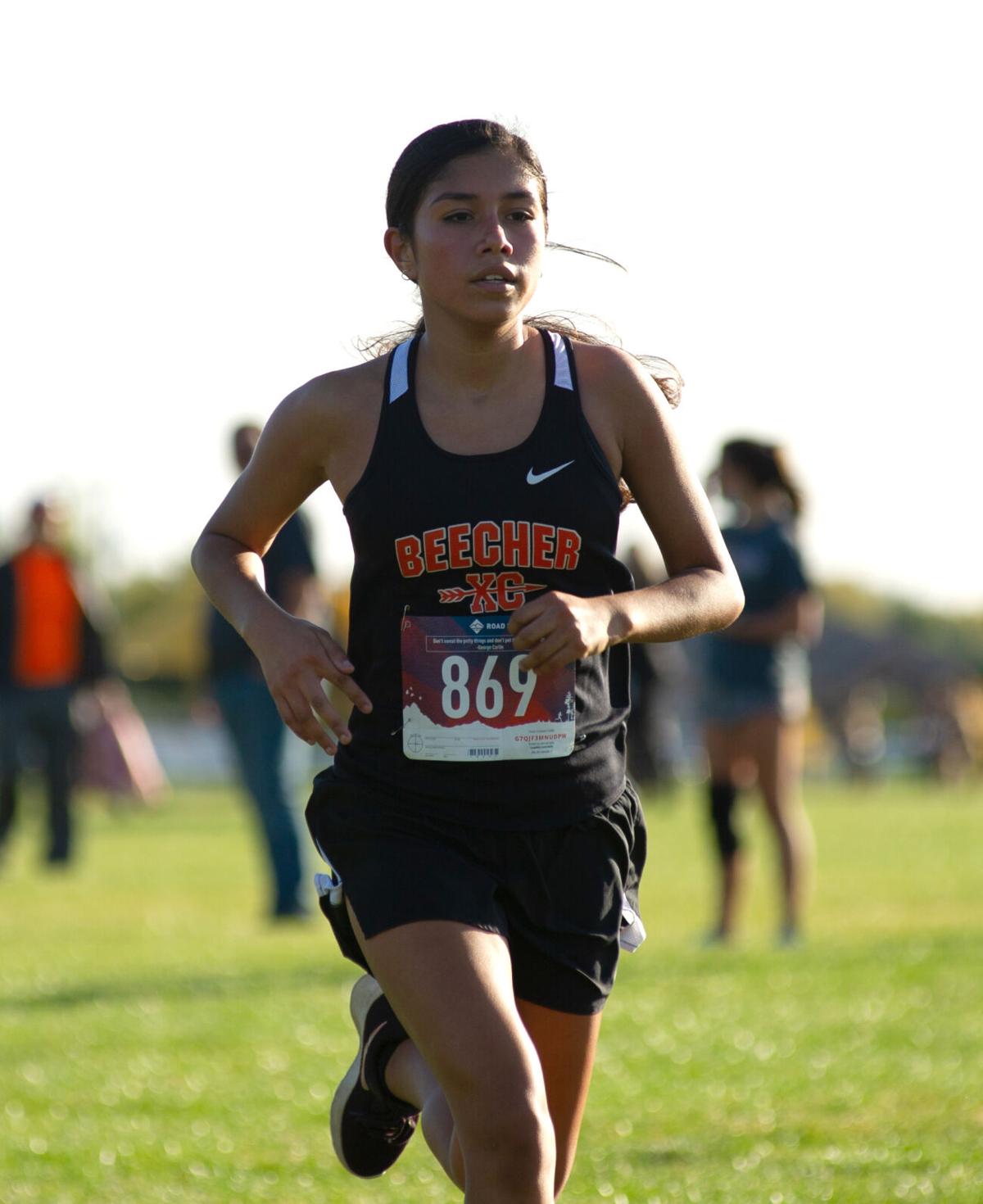 MANTENO — Thursday’s All-Area girls cross country meet featured fewer teams than in year’s past due to COVID-19, but nevertheless was still action packed with some upsets.

Bradley-Bourbonnais senior Alaina Bahr entered the day as the defending champion and was already crowned All-City champion earlier this year, leading many to believe she would repeat as the individual winner and reclaim her All-Area crown. However, that was not the case. And that’s because Bishop McNamara head coach Preston Provost put together a gameplan for his rising star, freshman Evita Martinez.

“We started talking on Tuesday about this race,” Provost said. “I told Evita, ‘Alaina is a heck of a runner and I’ve watched her throughout her career but she is not better than you, you just don’t know how to race yet.’”

“I told Evita to trust me and she did what I asked her to do, and at the end of the day it worked out.”

Provost wanted Martinez to keep a close distance with Bahr throughout the majority of the race and then sprint past her in the final leg of the race. And it worked to perfection as Martinez crossed the finish line first with a time of 19 minutes and eight seconds, besting Bahr’s second-place finish by 22 seconds.

“I mostly just wanted to stay with Alaina because the big thing at All-City was that I let her get away and I wasn’t able to catch up,” Martinez said. “So this time just being able to stay close to Alaina really helped me to push past her at the end.”

Provost believed Martinez was holding herself back in previous races due to her inexperience. Being that Martinez is only a freshman she doesn’t have the racing experience like more seasoned veterans. Not to mention, she had also never raced in grade school or ran three miles regularly before joining the team this season.

“There is no secret that Evita can probably out-sprint most people she runs against, but you’ve got to set yourself up in a race and not let things get out of hand,” Provost said.” She was tending to hold back a little too much because I think she didn’t know herself yet.”

On top of getting the individual win, Bishop McNamara also took home the first-place finish in the team standings. The Irish paved their way to a 33-point finish, which was good enough to edge out Bradley-Bourbonnais total of 41 and Herscher’s 66 points.

“A few weeks ago things just started clicking,” Provost said. “We took the All-City meet; we’ve won three out of the four conference meets that we’ve ran; these girls which are anchored by a lot of seniors have just really taken over and decided that this is their last chance at this and so they have been really putting things together and put the work in.”

“I think our top seven girls all had personal bests today,” Provost said. “There’s no doubt about it everyone ran out of their minds.”

Taking second for the second-straight year were the Boilermakers who had three girls finish in the top 10, including Bahr’s second-place finish. Kiara Pralle finished as Bradley-Bourbonnais’ second-fastest runner with a time of 20 minutes and 54 seconds which was good enough for fifth-place. She was followed by Emma Corbus (ninth, 21:43), Mady Mroz (12th, 22:02) and Kate Mountain (13th, 22:06).

“Our top five runners did a pretty good job and did exactly what we wanted them to do,” Bradley-Bourbonnais coach Tony Swafford said. “Unfortunately they came up a little bit short tonight, but they were super competitive and it was fun to watch.”

“I feel pretty good with taking third,” Herscher coach Rob Grosso said. “We knew Beecher would be tough so we knew it would be a game between the three and four runners.”

After the Bobcats, Manteno took home a fifth-place finish with 139 points. Kankakee didn’t finish with a final score as they did not have a full team of five runners.