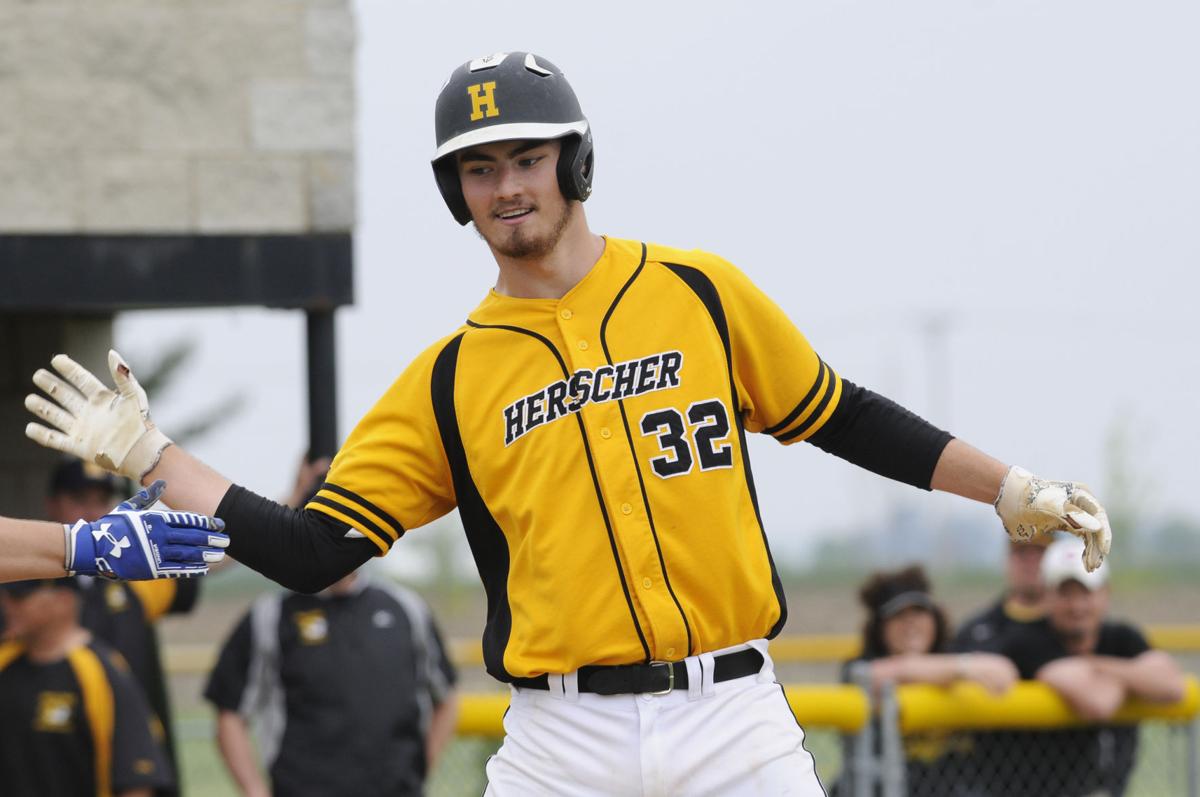 Tyler Stuart celebrates after hitting a home run in a 2018 IHSA Class 2A Regional championship game. Now a redshirt freshman at the University of Southern Mississippi, Stuart has recovered from surgery on a torn UCL and is primed to make his college debut next season. 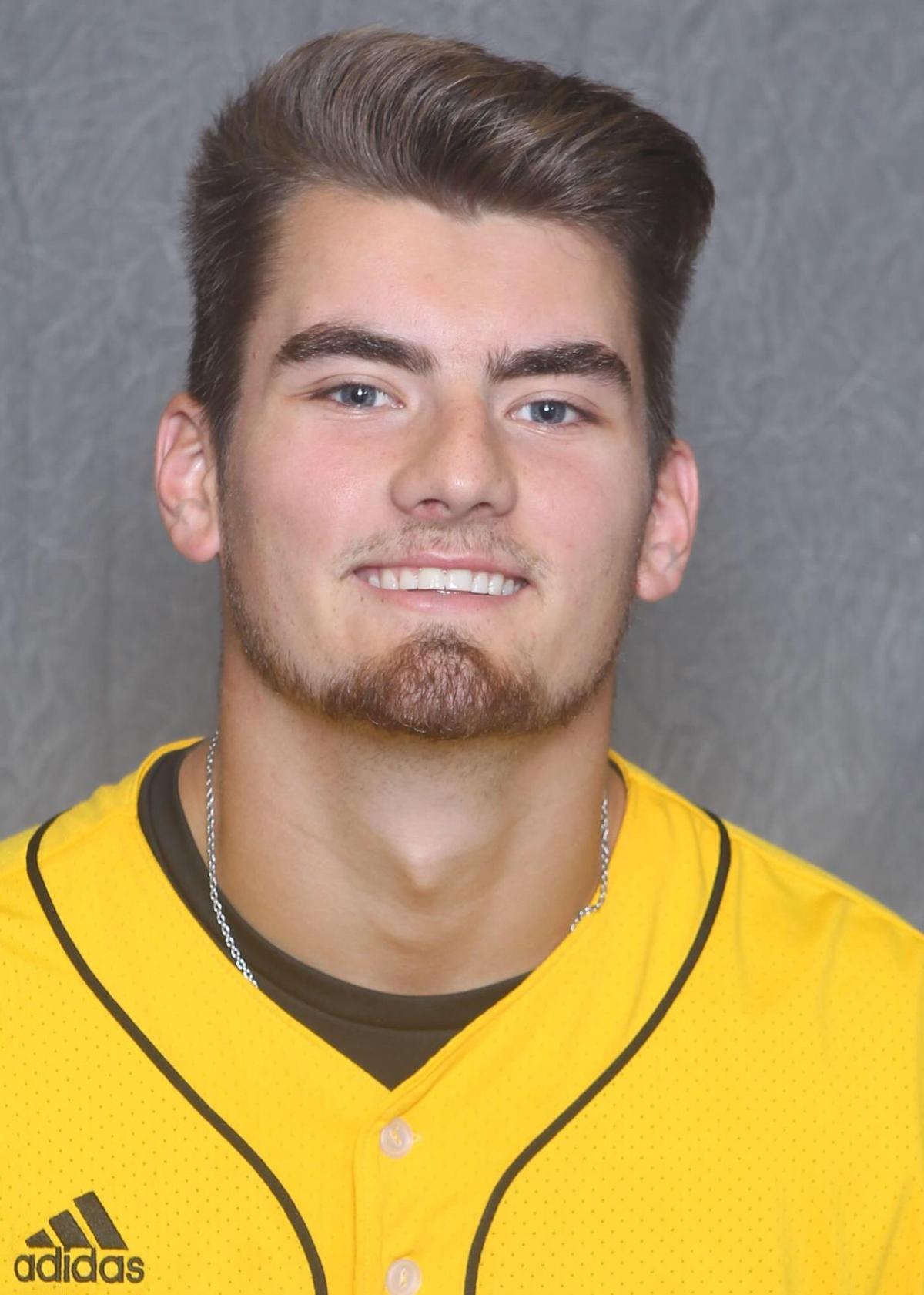 Tyler Stuart celebrates after hitting a home run in a 2018 IHSA Class 2A Regional championship game. Now a redshirt freshman at the University of Southern Mississippi, Stuart has recovered from surgery on a torn UCL and is primed to make his college debut next season.

When Tyler Stuart decided to commit to the University of Southern Mississippi two years ago, he had no idea the type of journey he would have to go on in order to step on the mound and pitch for an NCAA Division I baseball program.

The former three-sport athlete in baseball, football and basketball at Herscher had done it all back in the day. Stuart broke the school’s all-time receiving record with 2,064 yards, including a 793-yard, 10-touchdown senior campaign, and then led his basketball team in rebounding while also finishing second on the team in scoring in 2018.

Aas good as Stuart was in football and basketball that year, he was even better on the bump. In his senior season for the Tigers, Stuart compiled a 10-1 record with a 1.06 earned run average, a 0.91 walks and hits-per-innings-pitched tally and 117 strikeouts to lead his team to a fourth-place finish at the IHSA Class 2A State Finals.

His dominant season led him to earn Daily Journal’s Player of the Year for the second straight season as well as Interstate Eight All-Conference first-team and first-team all-state honors.

Things looked as though they were aligned for Stuart to break out at Southern Mississippi. However, in January 2019, Stuart tore the ulnar collateral ligament in his right elbow while throwing a bullpen session. The injury forced him to redshirt for his first year on campus.

Stuart later had surgery in June 2019 and since has been working his way to full strength through rehabilitation.

“Last week was my final week of the rehab,” Stuart said. “The rehab process was so tough. ... From months four through 12, I started throwing two, three times a week.

“And the mound phase was the hardest part; it was physically demanding,” he added. “You are trying to work up your velocity again, hit your spots again; it’s just draining mentally, so you’ve just got to fight through that part of it, but I’m finally here and feeling good again.”

His recovery also kept him out of this year’s shortened season, where the Golden Eagles finished 12-4 overall. Stuart continued working on a Business Administration degree while finishing his second season on the team as a redshirt freshman.

Along with working toward recovery and an eventual shot on the mound, the Kankakee native also has taken this time to pursue some of his hobbies while maintaining his tight relationships with friends and family.

“To pass time I’ve been hitting the weight room at least three to four times a week,” Stuart said. “I’ve also been fishing a few times, hanging out with friends, family and stuff like that. It’s been good to be home for a little bit, although I’m ready to get back to school and start working again.”

Stuart has his eyes set on getting back to campus as soon as he can. He wants to get back to being around his teammates.

“I miss the locker room, no doubt,” Stuart said. “It’s so fun being there with the guys and everything, hanging out with the guys at home or whatever.

“It’s just so different in college — you’re hanging out with your guys for eight to nine hours a day, and it’s always fun. That’s definitely what I miss the most.”

Perhaps Stuart finally will make his official college debut on the bump for the Golden Eagles next season.

“I haven’t seen any collegiate game yet,” Stuart said. “So, I can’t wait for this fall and to try and get ready for the spring. I hope everything is smooth sailing.”