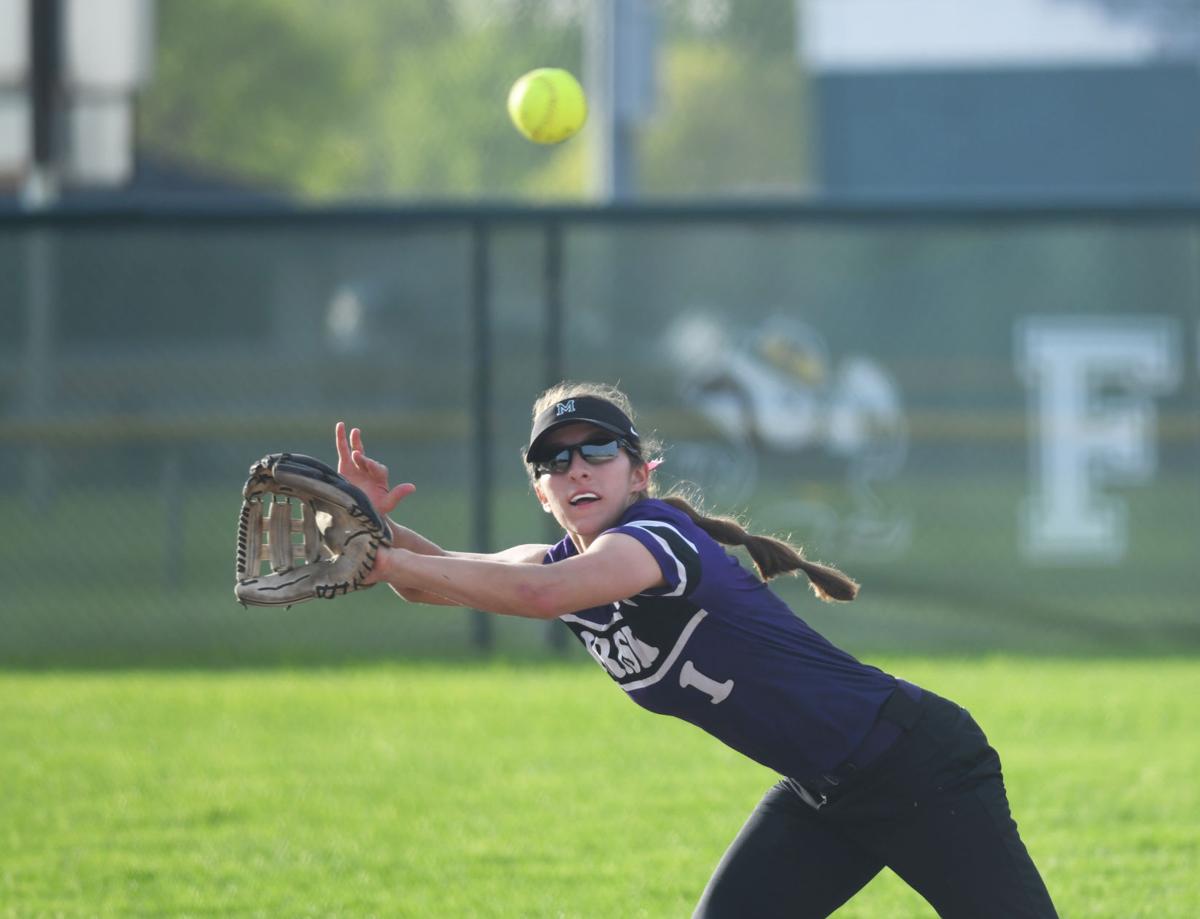 Bishop McNamara’s Madi Bylak dives for the ball during a game against Herscher last season. Bylak, who transferred from Manteno after her freshman season, became a pivotal part of the Irish program during her two seasons at McNamara. Bylak's softball career will continue at Illinois State University. 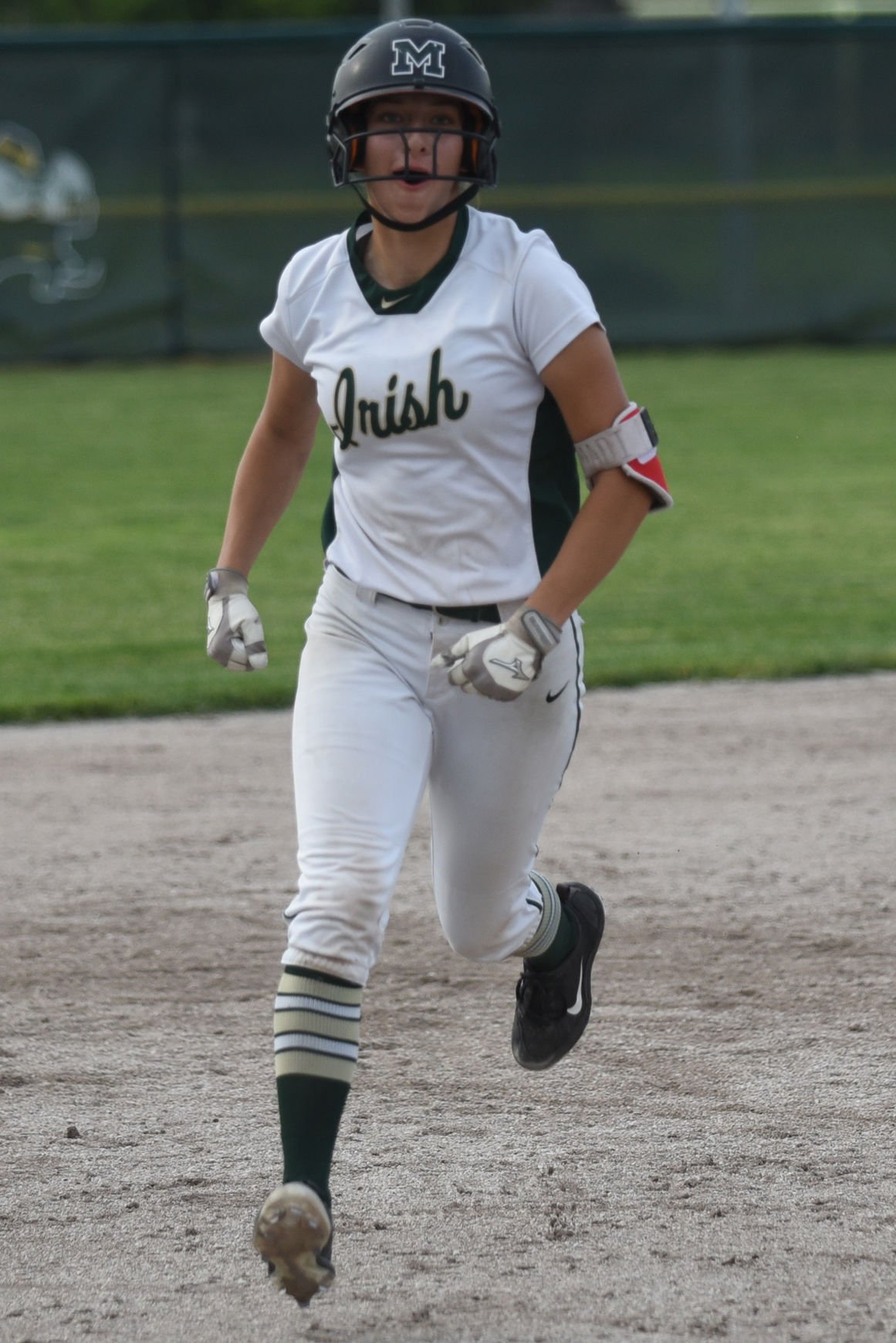 Bishop McNamara’s Madi Bylak dives for the ball during a game against Herscher last season. Bylak, who transferred from Manteno after her freshman season, became a pivotal part of the Irish program during her two seasons at McNamara. Bylak's softball career will continue at Illinois State University.

During Madi Bylak’s four-year high school career, she saw it all, from playing at two local powerhouse programs to a senior year ruined by a viral pandemic.

After her freshman year, Bylak made the decision to transfer from one reputable program, Manteno, to another in Bishop McNamara. It was a decision that was somewhat influenced by McNamara’s strong softball coaching staff.

“I think mostly Coach Harms made me want to transfer from Manteno,” Bylak said. “I had been doing stuff with her before, and I just really like her. I toured the school, and it just seemed like somewhere I wanted to go.”

Partnered with Harms for good, Bylak went on to help the Irish compile a 53-19 overall record between her sophomore and junior seasons. She helped the Irish win two regional titles, with the 2019 run lasting all the way to a fourth-place finish in the IHSA Class 3A State Finals.

Her career-defining moment came in last year’s postseason. Playing against her former team, Bylak went deep twice, including a grand slam in the sixth inning to help the Irish claim their first of many plaques in 2019.

“It was a pretty great feeling,” Bylak said. “As I was rounding the bases, I was just really excited and happy to greet my team at home plate. It just was overall a great team win, so that was really nice that we were able to all come together.”

Stepping up in big-time moments is something that seemed routine for Bylak. That’s why she earned herself Metro Suburban All-Conference and All-Area honors after helping lead the Irish to their state trip.

“I think, number one, she’s totally committed; she’s the first one in, last one out type of mentality,” McNamara softball coach Laura Harms said. “She’s a great leader on and off the field. And, obviously, she does a really good job at shortstop and comes up in clutch situations.”

As Bylak became a leader on a program that was already full of talented players and team-oriented personalities, her style of leadership came primarily from leading by example.

Whether she was out on the field or in the batter’s box, Bylak’s athleticism was something that always was on display. That’s why Illinois State eventually came knocking on her door with an offer to play on their softball squad.

“I think Illinois State sees her athleticism,” Harms said. “I don’t know if she will play shortstop when she gets there, but she can play multiple positions. … She’s super athletic and has a really great swing.”

Based on what she saw when she went on a campus tour, Bylak knew being a Redbird would feel like home.

“I just really like the coaching staff a lot, and when I went on my visit, it just felt like the perfect place for me,” Bylak said.

Having already gone through a transition from one high school to another, the soon-to-be accounting major believes it will greatly help her as she gets ready to transition to college softball.

“It was a big difference and major change going from Manteno to McNamara, so I wasn’t used to it at first, but it was probably one of the best decisions me and my family ever made,” Bylak said. “I think it will help a lot when I get to ISU just to experience more change.”

Bylak said she is most excited about getting the chance to build bonds with her future teammates, as she knows she will get more than just one or two years with them.

Now that the middle-infielder’s high school career is finished, Bylak has had time to reflect on what both Manteno and Bishop McNamara have meant to her during the past four years.

“It was very exciting; it was nice to experience like two different high schools,” Bylak said. “I just had a great time at McNamara, and we had a great run last year going down to the state tournament. It was probably one of the best experiences I ever had in my entire high school career.”