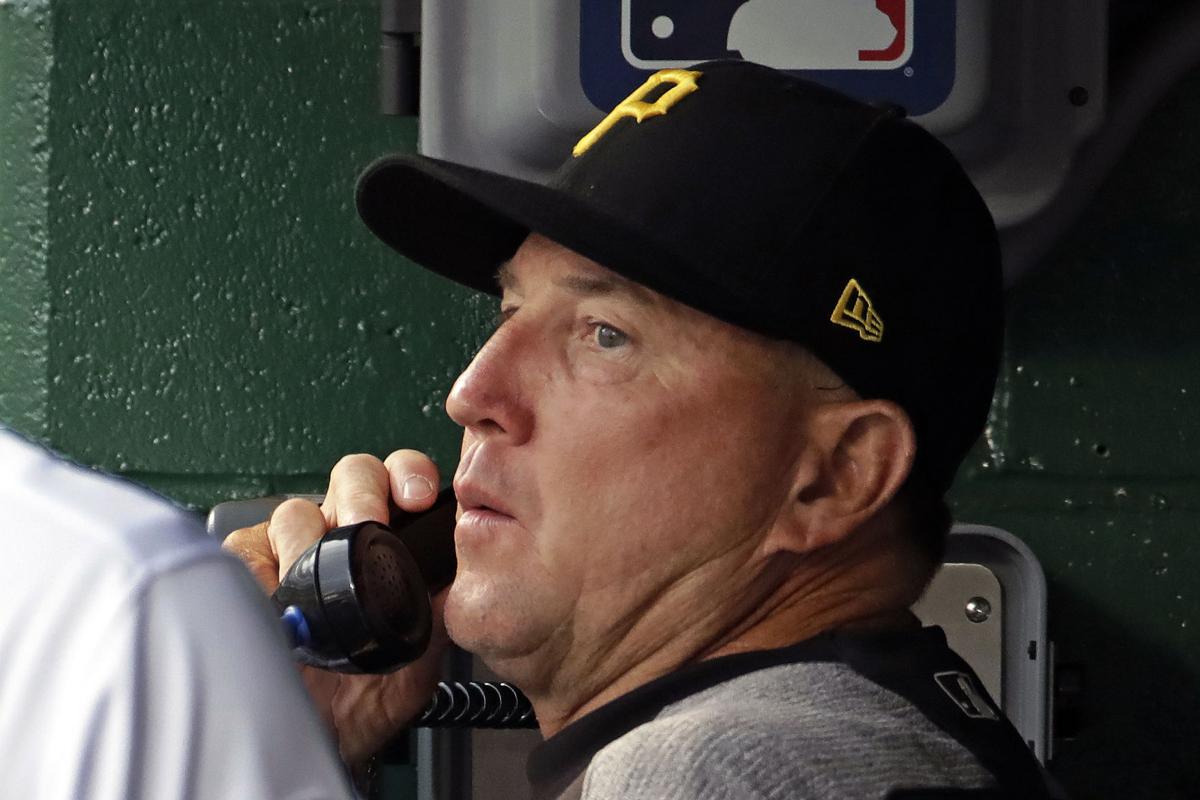 Bradley native Tom Prince makes a call to the bullpen during a game as bench coach for the Pittsburgh Pirates last season. Prince will spend the 2020 season managing the Toledo Mud Hens, a minor league team in the Detroit Tigers organization. 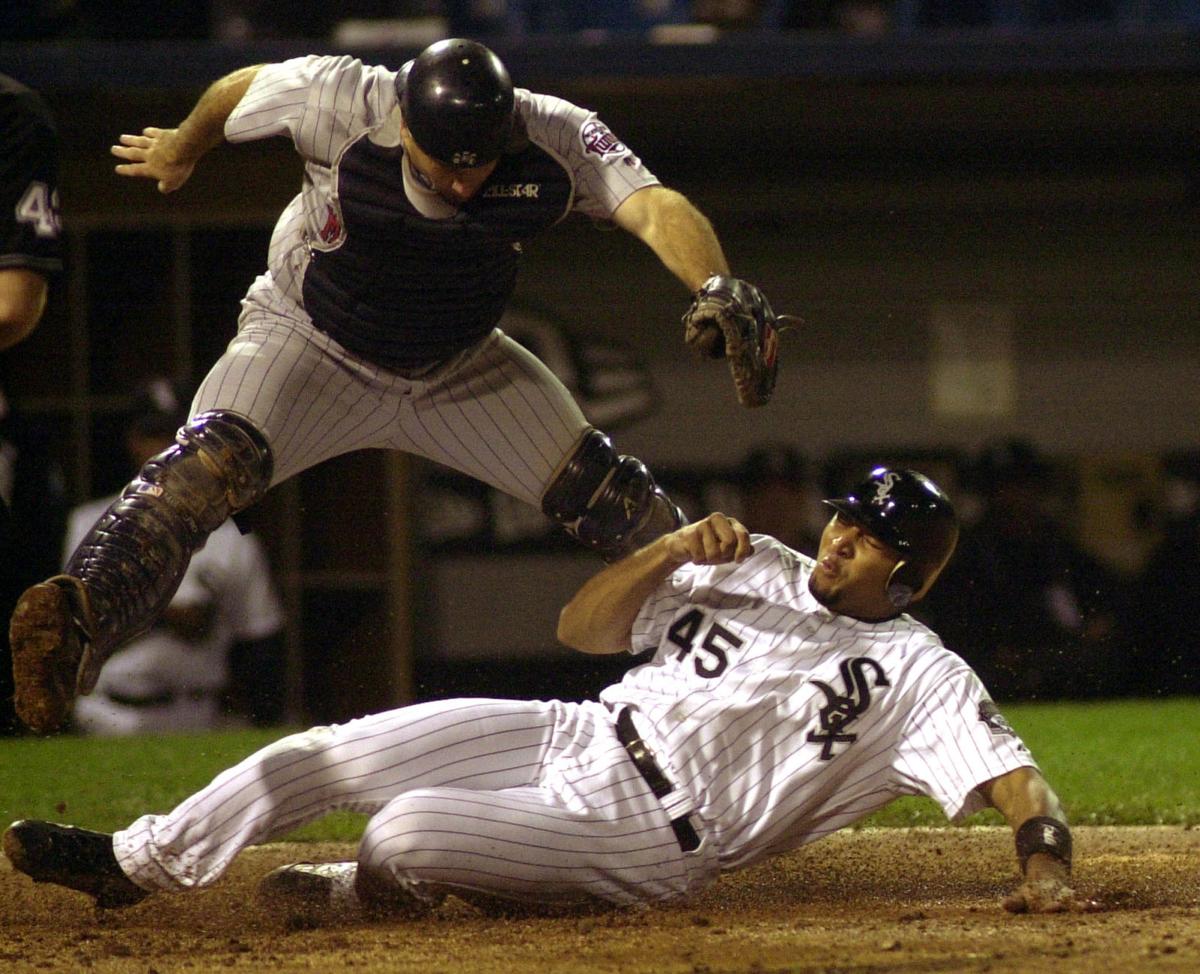 Tom Prince, left, a Bradley native, attempts to tag the Chicago White Sox’s Carlos Lee during a 2002 game while Prince was a member of the Minnesota Twins. Prince will serve as the manager the Toledo Mud Hens this season, a minor league team in the Detroit Tigers organization. 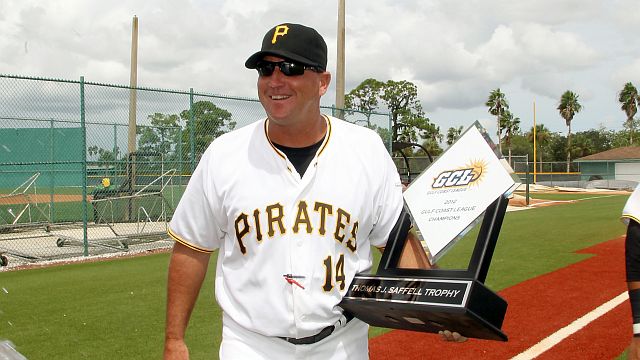 Bradley native Tom Prince makes a call to the bullpen during a game as bench coach for the Pittsburgh Pirates last season. Prince will spend the 2020 season managing the Toledo Mud Hens, a minor league team in the Detroit Tigers organization.

Tom Prince, left, a Bradley native, attempts to tag the Chicago White Sox’s Carlos Lee during a 2002 game while Prince was a member of the Minnesota Twins. Prince will serve as the manager the Toledo Mud Hens this season, a minor league team in the Detroit Tigers organization.

Over the course of a career in professional baseball that’s spanned well over three decades, Bradley native Tom Prince has held a multitude of playing and coaching roles in a plethora of cities. And when baseball eventually resumes after the current pause and COVID-19 outbreak, Prince will add another feather to his cap — manager of the Toledo Mud Hens.

After a 17-year career as a big league catcher, Prince spent the past 15 years coaching in the Pittsburgh Pirates organization, spending the last three seasons as the bench coach to manager Clint Hurdle. But after an organizational overhaul in the offseason, Prince and almost all of the Pirates staff was let go.

Fortunately for Prince, there was a perfect storm of opportunity with the Detroit Tigers organization. From his playing and coaching days, the former Boiler had deep ties with almost everyone in the Tigers’ organization, including manager Ron Gardenhire, Prince’s manager during his playing days with the Minnesota Twins, special assistant Jim Leyland, who managed Prince when he played for the Pirates, and vice president of baseball operations Dave Littlefield, a former Pirates executive during Prince’s coaching tenure in the Steel City.

The Mud Hens are the AAA affiliate for the Tigers, the highest level of minor league baseball.

“I was excited to hook up with some guys I hadn’t seen in a long time,” Prince said. “Basically all the guys on the [Tigers] staff, I’ve known for a long time ... so I’m very familiar with the guys over here.”

Prior to his three years as a big league coach, Prince spent a dozen years coaching in their farm system and 26 of his 36 years in pro baseball with the organization. He was a manager for 11 of those seasons, compiling a 434-407 record and was named the Gulf Coast League Manager of the Year in 2008.

Now that he’s back in the minors, Prince said he realizes that the most integral part of his job isn’t necessarily to win as many games as possible, but to develop talent.

“There’s always a fine line you’re walking, but the biggest thing is development,” Prince said. “You may have a guy (on the bench) that’s better to hit, but if a kid is a prospect, even in a left-on-lefty matchup, he has to hit.

“When the game starts, your main objective is to win the game. The manager’s job is part development, part winning games.”

That development has been on hold for nearly a month since baseball, and all other sports, were put on an indefinite pause amid the COVID-19 pandemic. Prince was around as a player the last time Major League Baseball sustained such a prolonged work stoppage during the strike of 1994, but today’s situation is a much different one than the stoppage Prince went through as a young player.

“I think this is totally different ... the biggest thing I can compare it to is 9-11,” Prince said. “It’s a great teaching point for everybody that anything can be taken away at any time.

“The biggest thing is the safety of your family and making sure that’s taken care of each day.”

Despite the downtime, Prince and other members of the Tigers and Mud Hens have been doing as much as they can to keep in touch with players, coaches and front office members.

“(General manager) Al Avila, (director of player development) Kenny Graham, Dave Littlefield, we all had a conference call about a week ago, just like we do in the offseason, except this time it was in-season,” Prince said. “They put a call list together, so we’ve been calling the players, seeing how they’re doing, how we can help. Making sure their families are safe is the main goal.”

Eventually, baseball, just like the rest of society, will make a return. And when it does, Prince will be just as excited to get back on the field as he was during his playing career.

“The biggest thing I’m looking forward to is getting back on the field,” Prince said. “As coaches, we don’t compete anymore but we prepare people to compete, so I’ve always loved that role.”